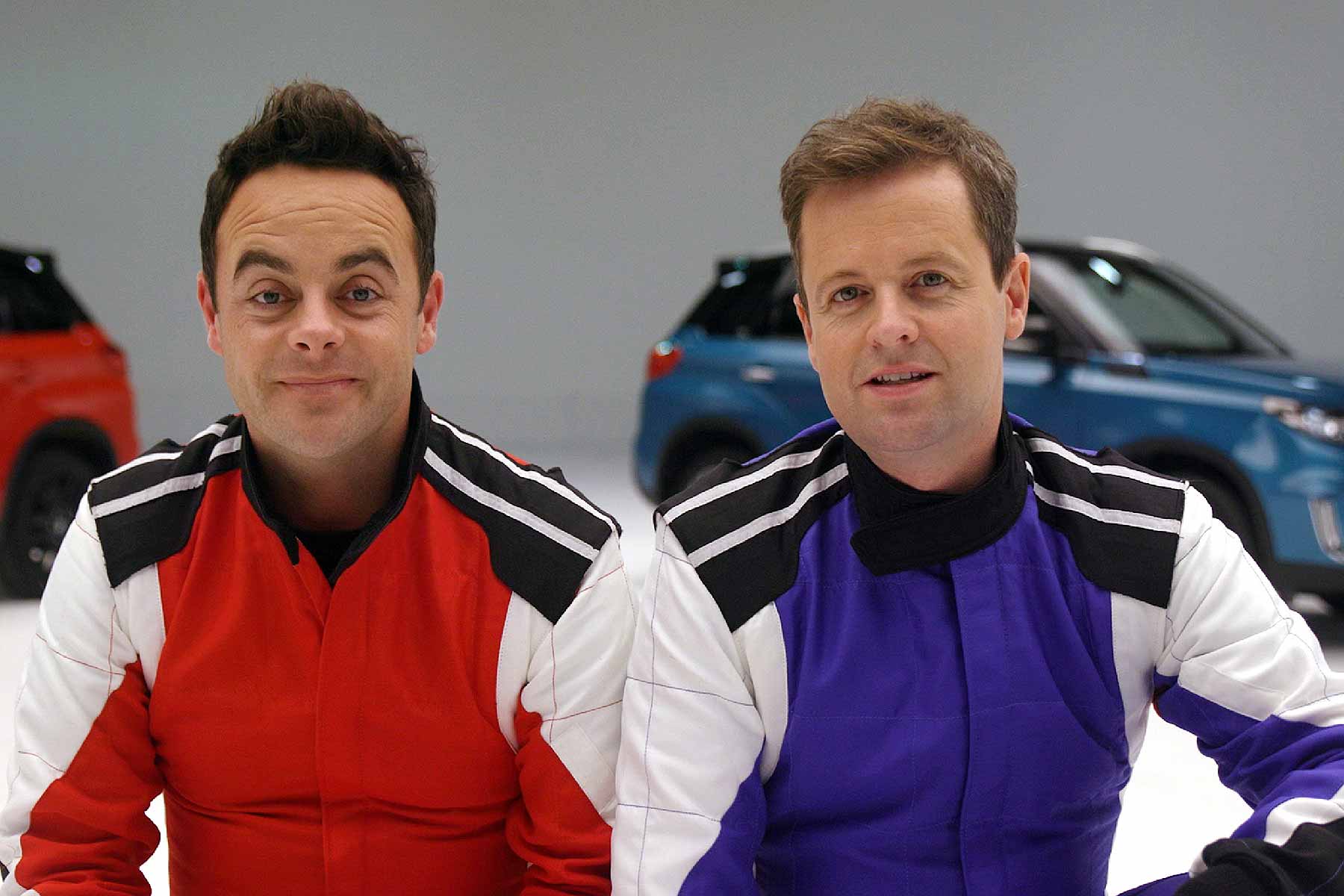 The firm says it will air no further material featuring the pair – and its endorsement deal with Ant & Dec has also ended.

“We agree with ITV and Ant & Dec that it was the correct decision not to broadcast Saturday Night Takeaway this weekend. As a car brand. we recognise the seriousness of Ant’s charge.

It’s not the immediate end of Suzuki on Saturday Night Takeaway, though. The car firm has agreed to continue its sponsorship of the final two series of the show, with its current advertising films.

“Suzuki very much supports Dec and ITV’s decision to broadcast the shows and as headline sponsors we also want to support the competition winners who have won places on the Plane to Florida for the series finale.”

Ant was charged with drink-driving after being arrested last Sunday after crashing his black Mini Countryman Cooper S. A passenger in one of the other cars he hit – a green Mini – was later taken to hospital as a precaution.

Amateur footage showed Ant emerging from the crashed Mini in a dazed state, after colliding head-on with a BMW X3.