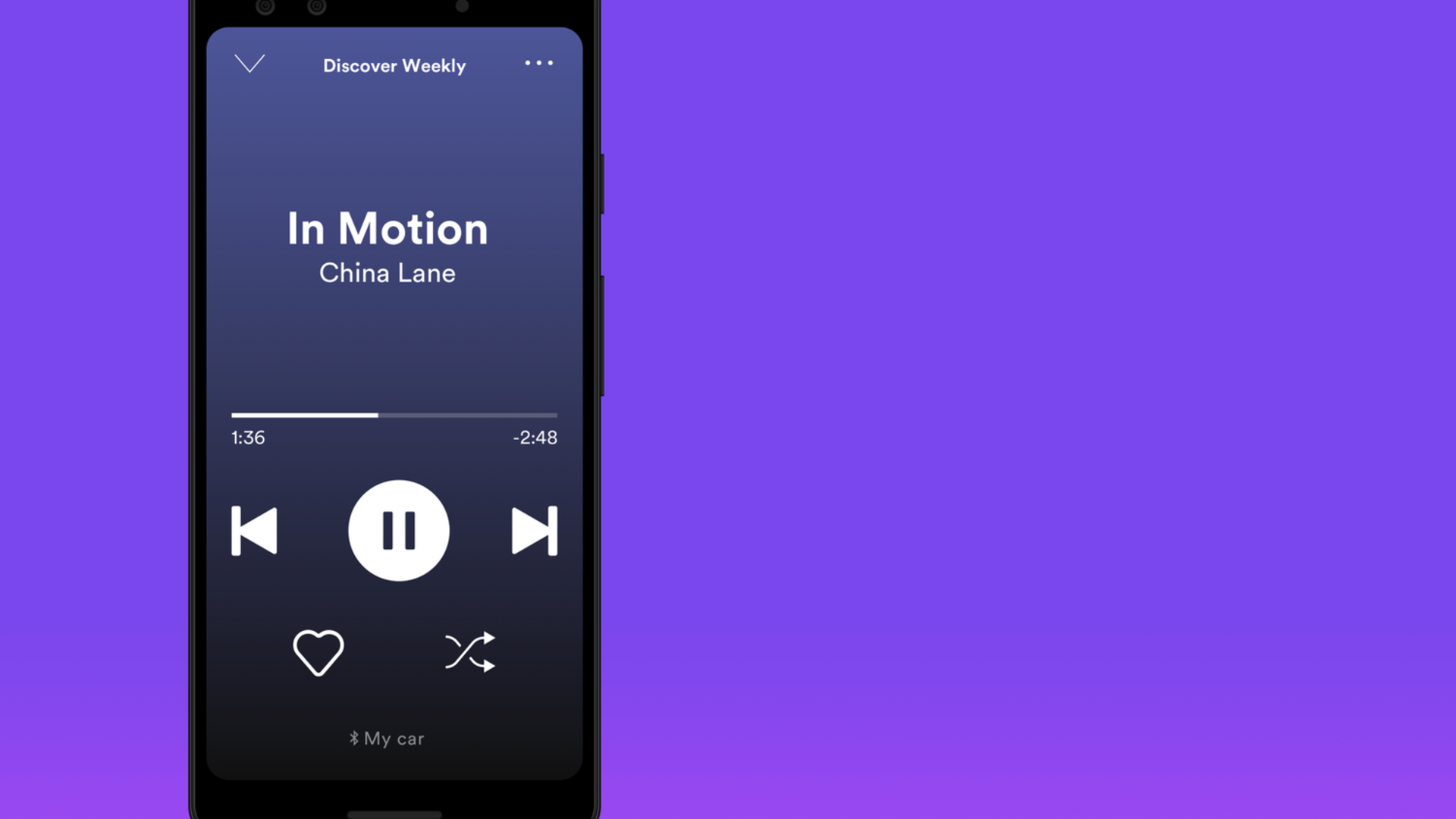 Spotify has launched an update for the app’s user interface, specifically for users connecting their phones to their car’s Bluetooth system. Meet Car View.

Spotify Car View is designed to make controlling your music player much easier when on the road. Or rather, easier for your passenger, given that using your phone in any way while the keys are in the ignition is illegal. The feature is Bluetooth only – sorry, auxiliary cable users. Spotify’s did use the word “currently’ when saying that only Bluetooth would work. Perhaps there’s a future for aux users. Landscape mode is supported, too, if you mount your phone that way.

Overall this offers a decent halfway house for car owners with Bluetooth, but without a screen with Apple CarPlay or Android Auto. There’s a similar chunky clear aesthetic to the user interface. There’s no indication, however, as to whether it will work with third-party retro-fit Bluetooth systems.

It’s rolling out to Android users the world over right now so if you don’t have it, you ought to soon. No word on a version for iPhone users. ‘As soon as we have an update on this feature rolling out to other devices we will let you know here,’ said Spotify in a statement.

Spotify has a good track record of integration with in-car entertainment systems, be that via Apple CarPlay, Android Auto or in-house systems. This latest development sees Spotify spare a thought for users with slightly less sophisticated in-car systems that want a bespoke user experience.