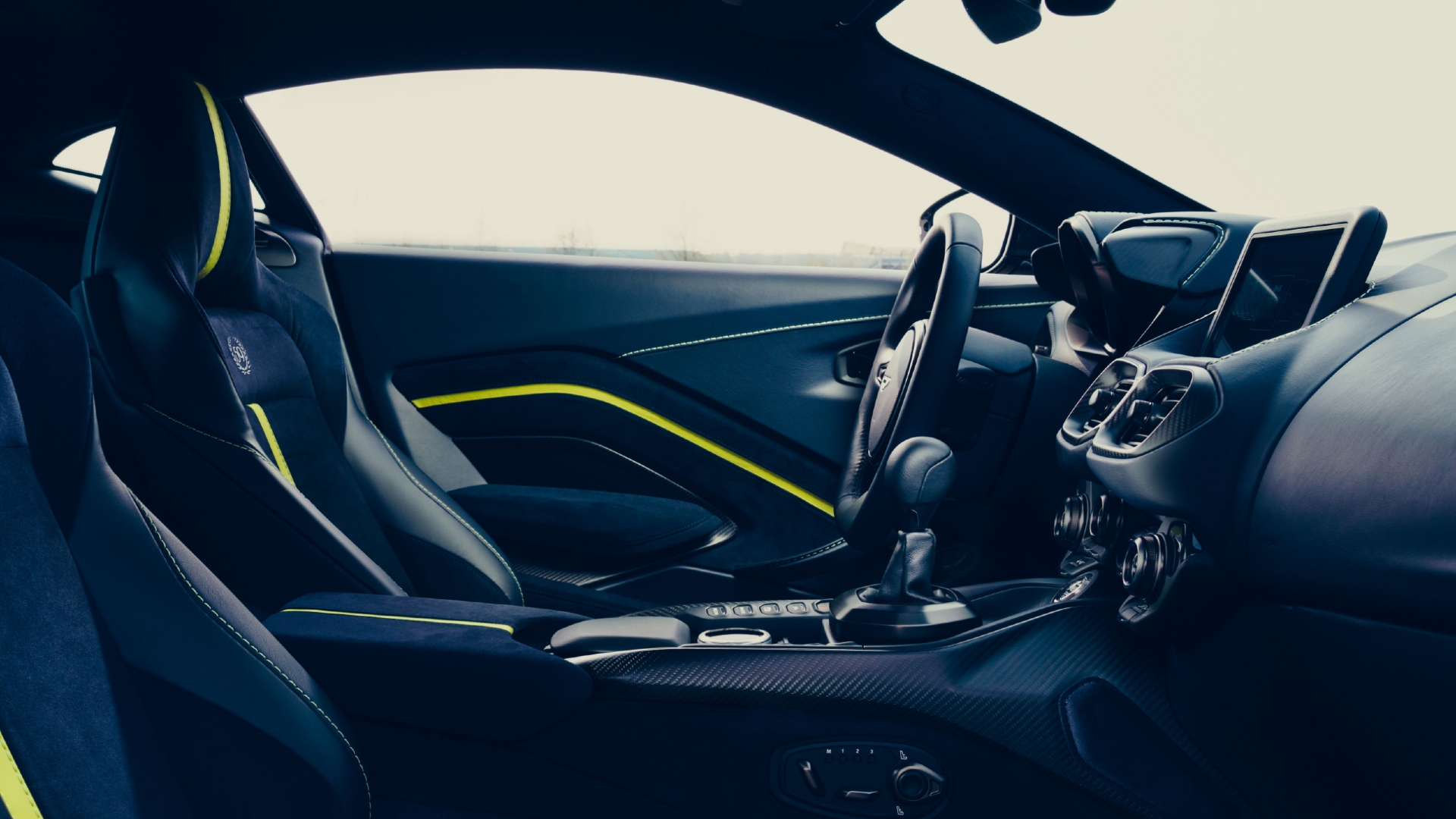 With every passing year, a traditional stick-and-three-pedals manual transmission is getting harder to find. Key new sports cars like the Alpine A110 and Toyota Supra have abandoned the idea altogether. And for those still offering manuals, they are more of a niche option – coming to market months and even years after the auto version. Want a new sports car that you shift yourself? These are the last remaining contenders to give you that manual fix. 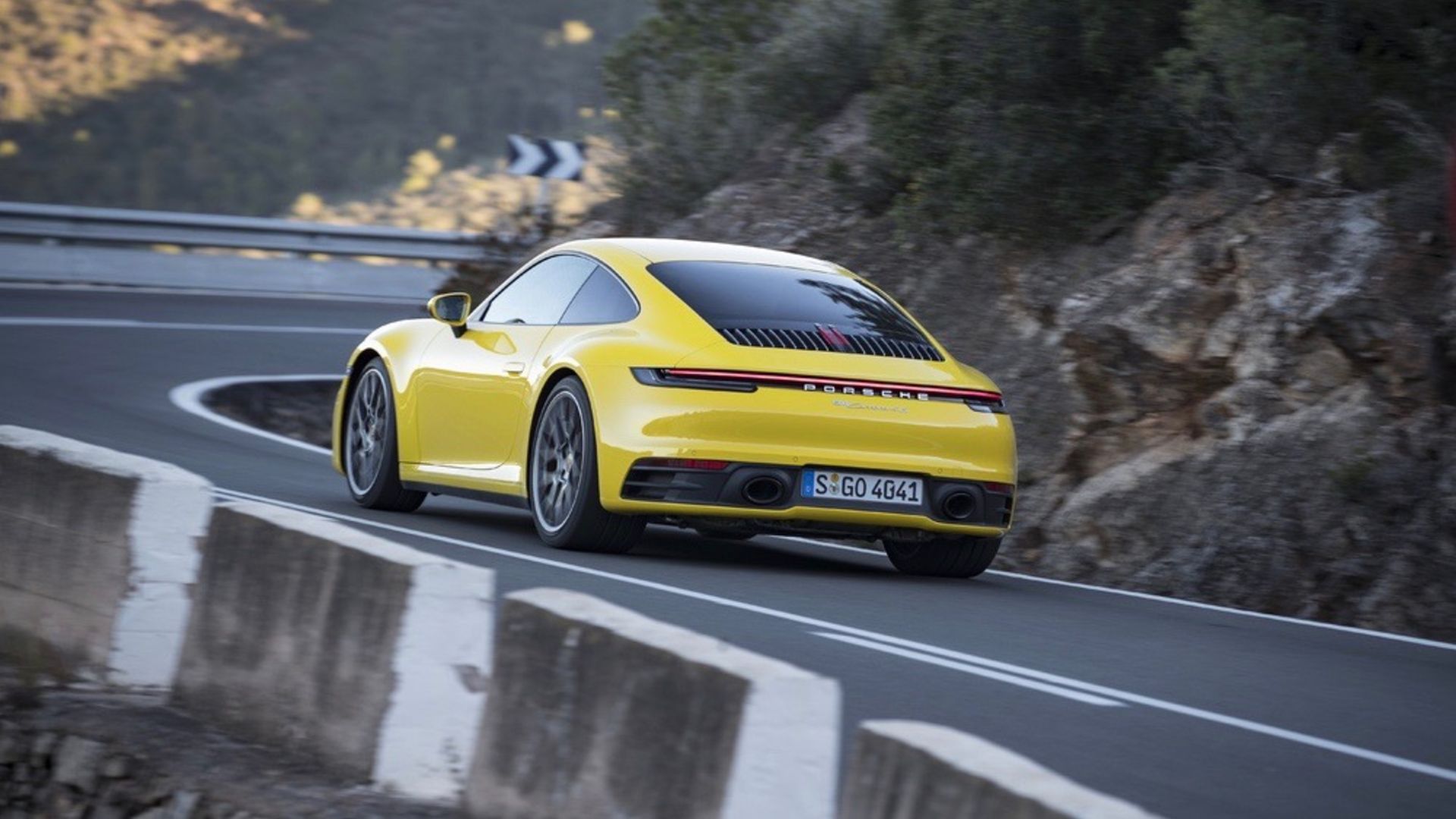 Porsche has taken its time, but a manual-equipped ‘992’ 911 is on the way. Arriving in 2020, it’s only available on Carrera S and Carrera 4S models as a no-cost option. That means you won’t be able to get a brand new manual 911 for less than £90,000. Happily, however, rumour has it that the upcoming GT3 will retain a manual ’box, too. 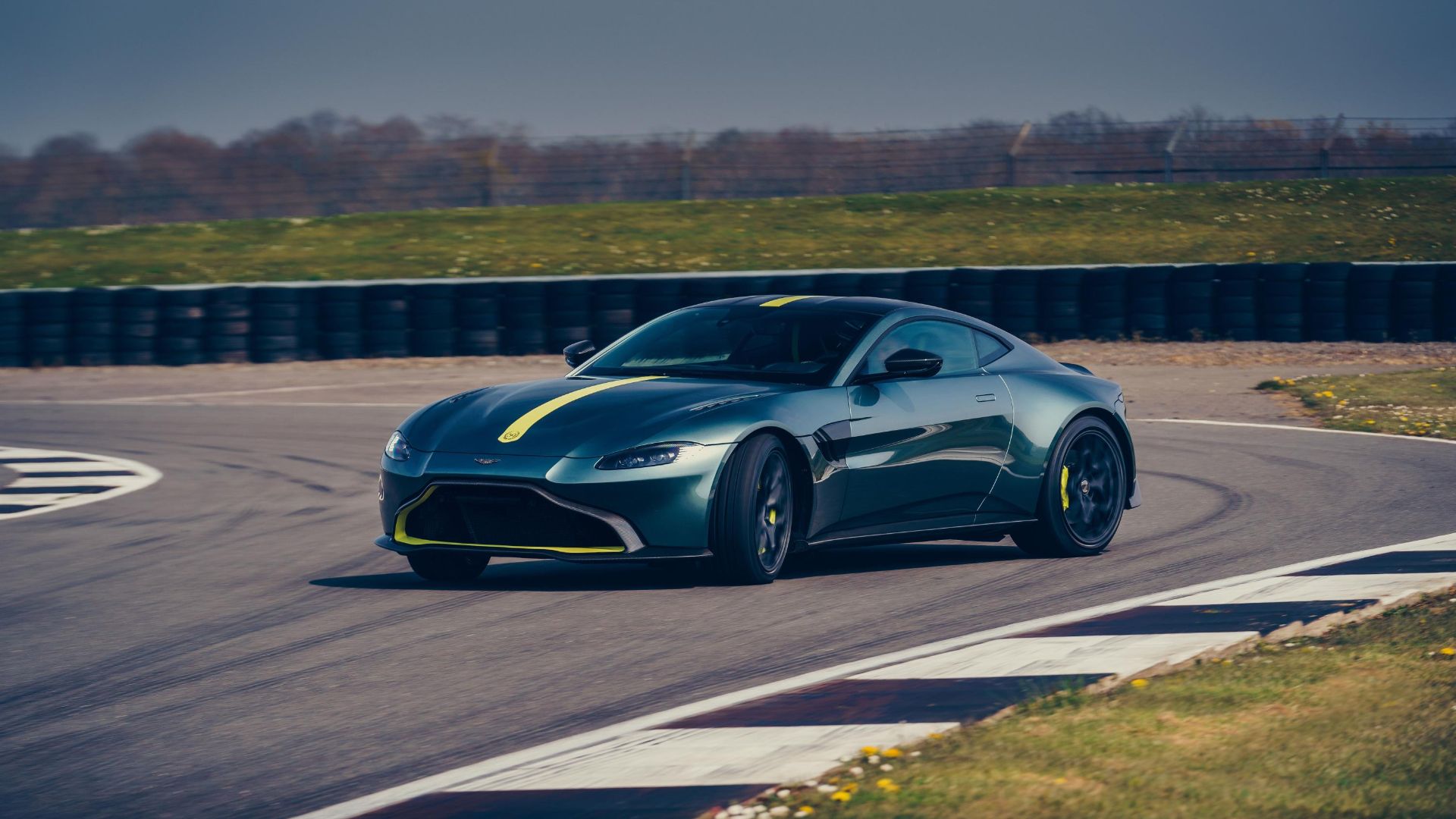 Aston Martin is another marque that abandoned the stick and clutch pedal temporarily. Launched with an eight-speed automatic gearbox last year, the new Vantage can now be ordered with a stick. Initially, it’ll be the super-limited AMR version, but a manual will be optional for the ‘normal’ car from next year. 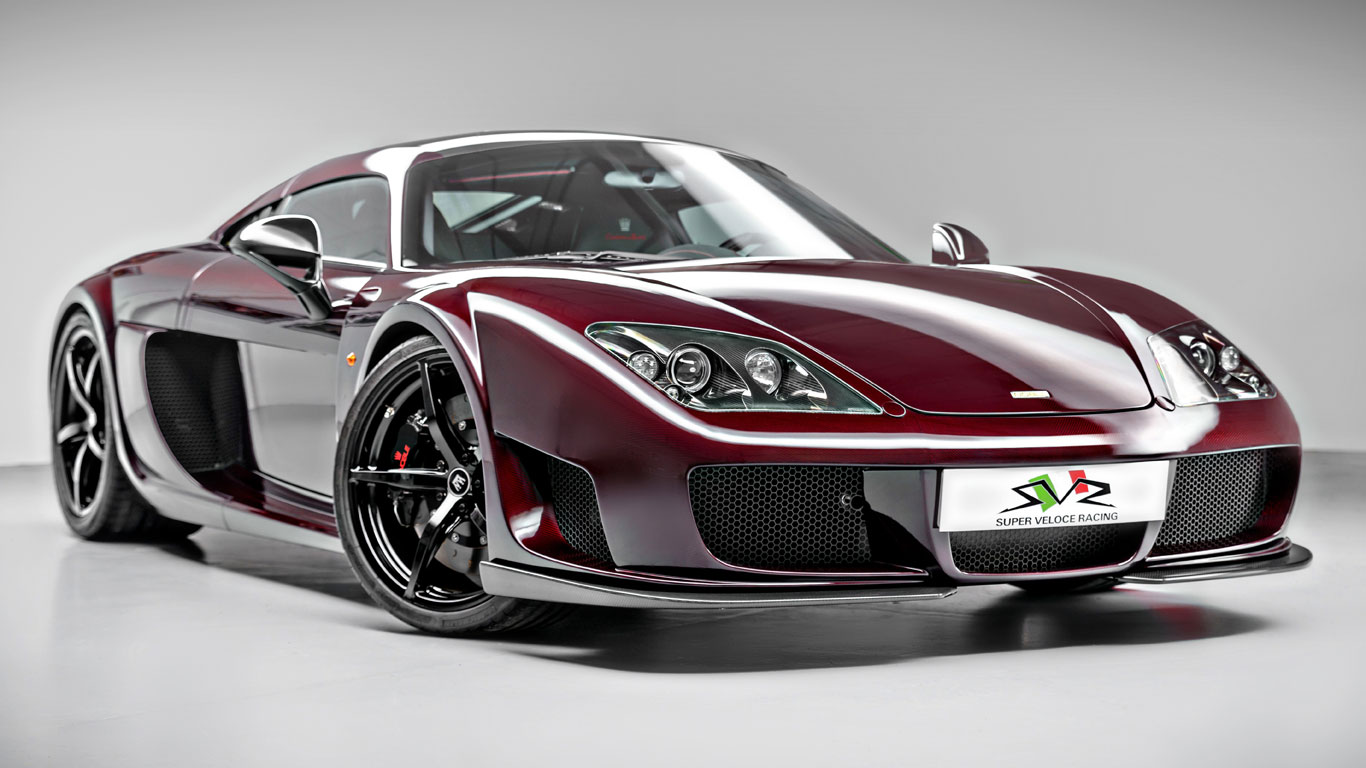 We sense that the good people at Noble Automotive are fans of the manual gearbox. When describing the M600 on its website, the company says “Our personal preference is indeed a manual system, however we do understand that many supercar buyers prefer, for many reasons, a paddle shift system.” It’s a hunch, but we reckon the auto option will be more popular in foreign markets, while we Brits stick with the stick. As it were. 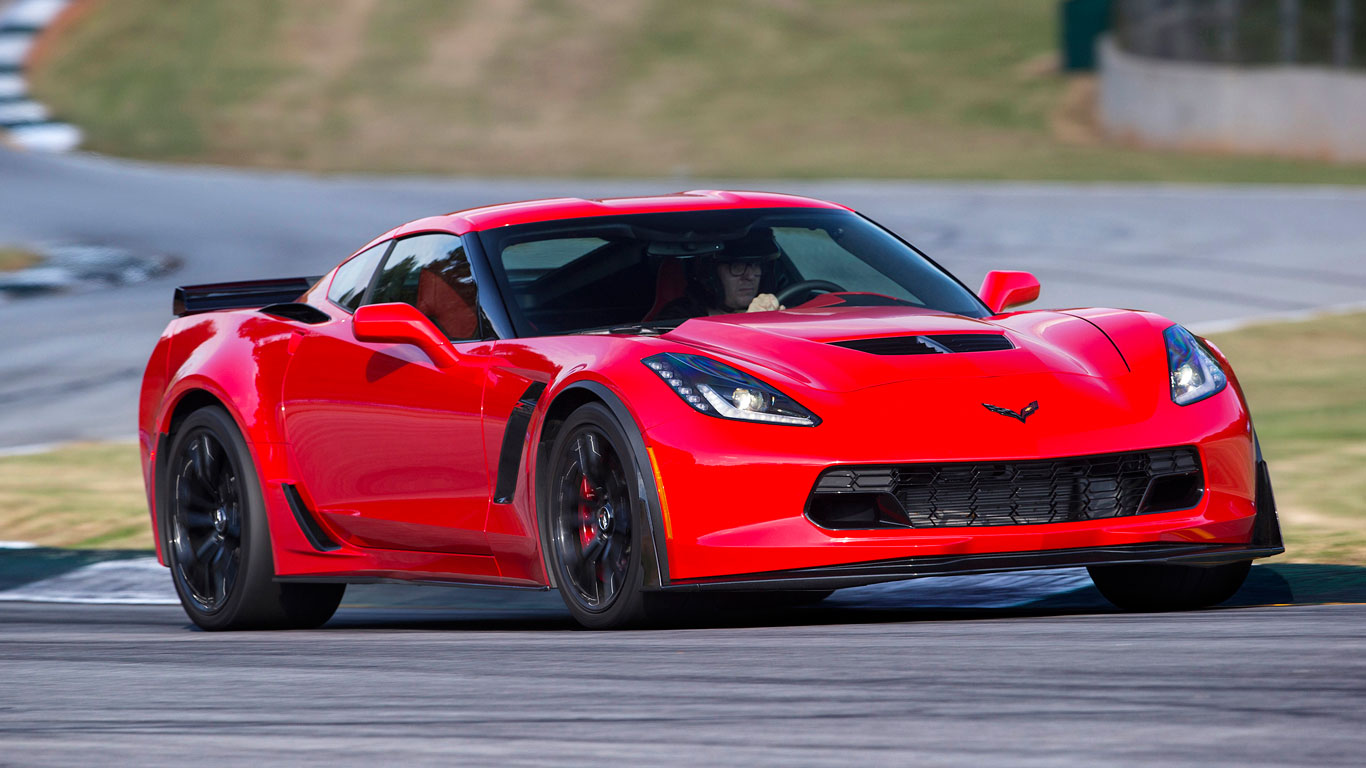 The final nail in the manual Corvette’s coffin was hammered in with the reveal of the mid-engined C8. It’s dual-clutch auto only, but arrives next year (as the 911 is getting its manual ’box). Grab a traditional front-engined, rear-drive Corvette with a manual transmission while you still can. With a 460hp 6.2-litre V8, it can still show the Europeans a thing or two. 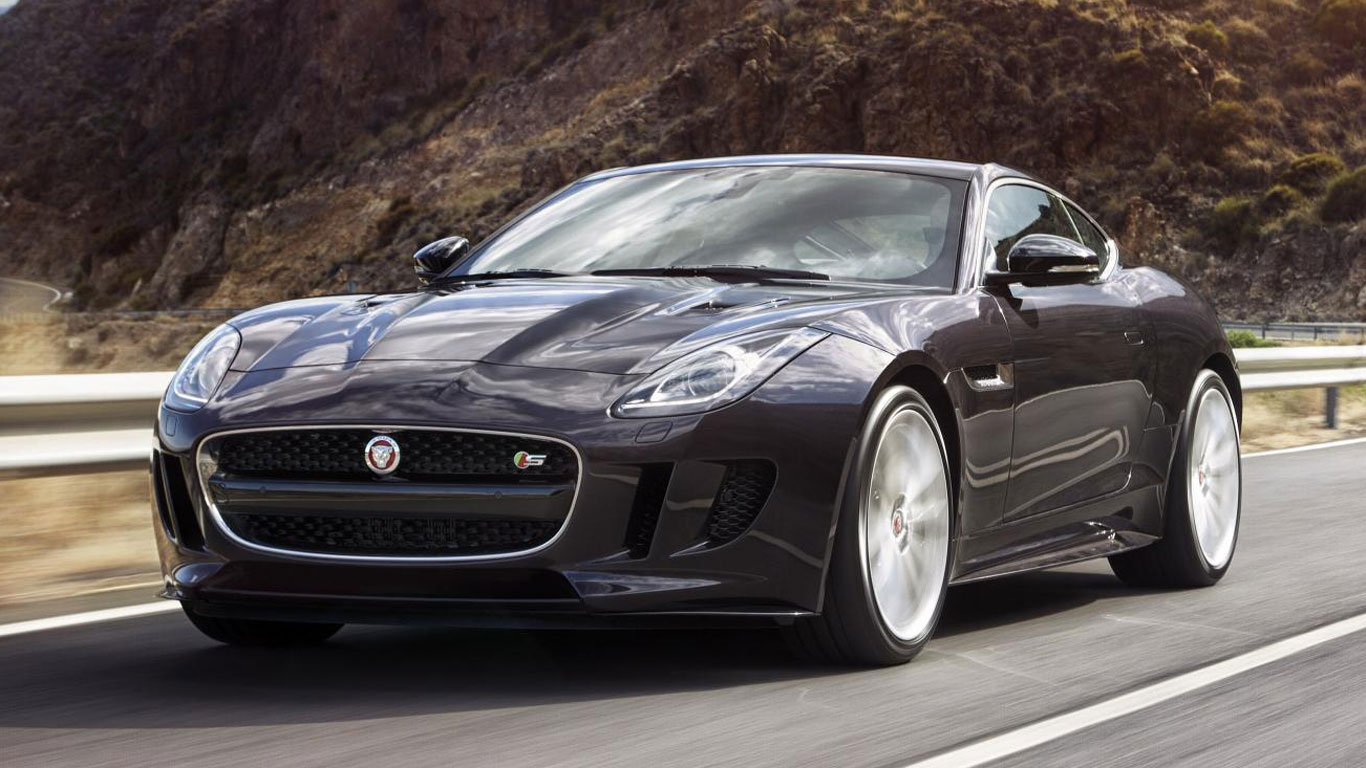 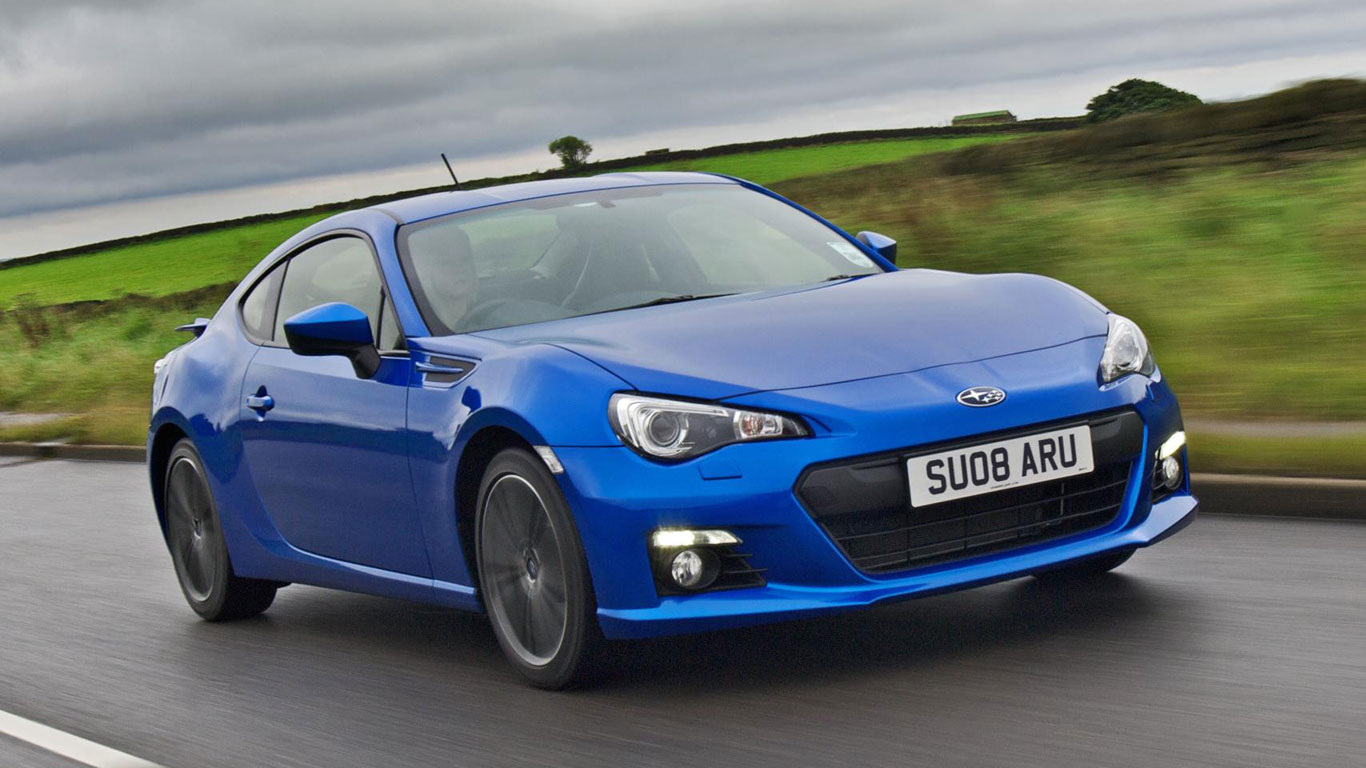 The Toyota GT86 and Subaru BRZ are simply dripping in retro charm. Front-engined, rear-wheel drive, six-speed manual gearboxes, superb driving position and perfect balance – everything you need for a B-road blast. You could opt for a six-speed automatic transmission, but then you could take a bath in gravy. Technically possible, but honestly, why? 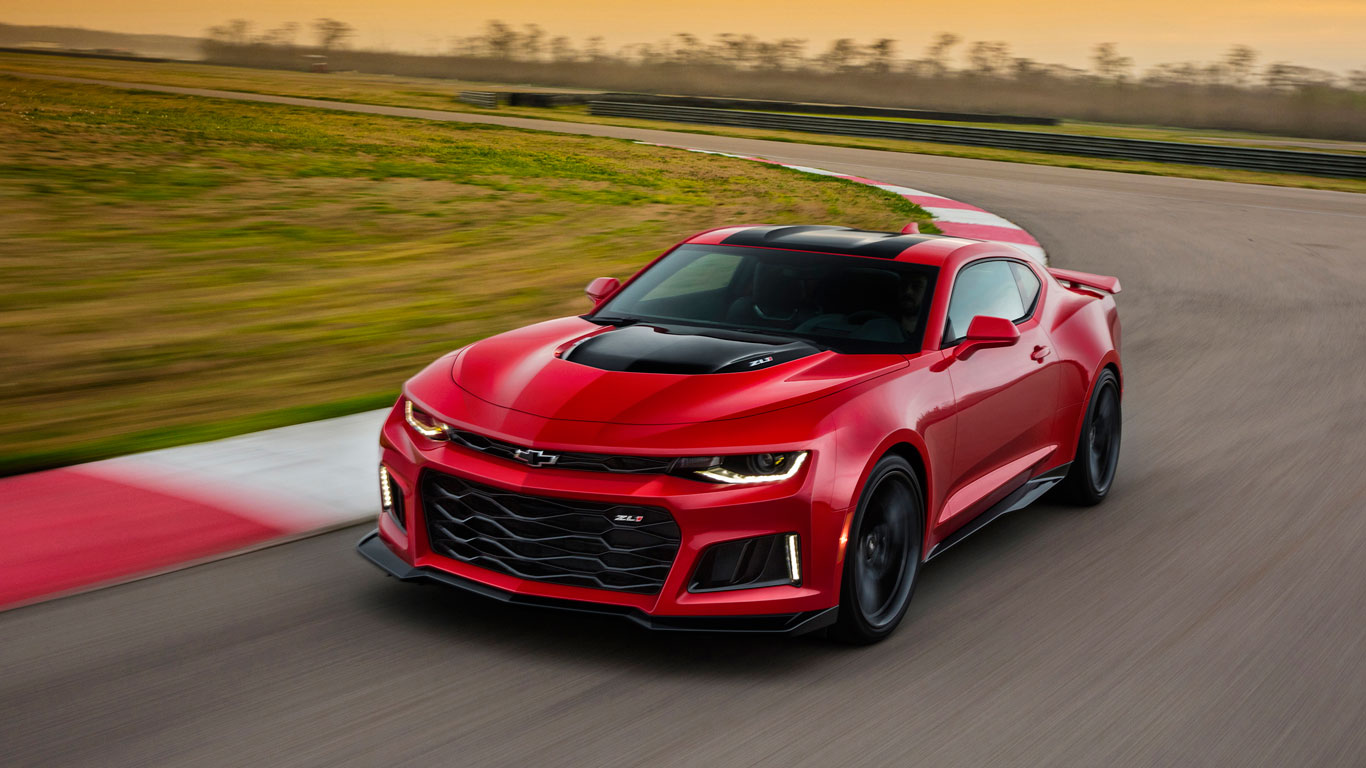 With 650hp and 650lb ft of torque, the ZL1 is the most powerful Camaro ever produced and available with either a six-speed manual or 10-speed automatic transmission. It’s not long for this world, mind, as GM executives continue to query the Camaro’s unimpressive sales figures. Hopefully, now it’s on sale in Australia, it’ll get the bump it needs to survive. 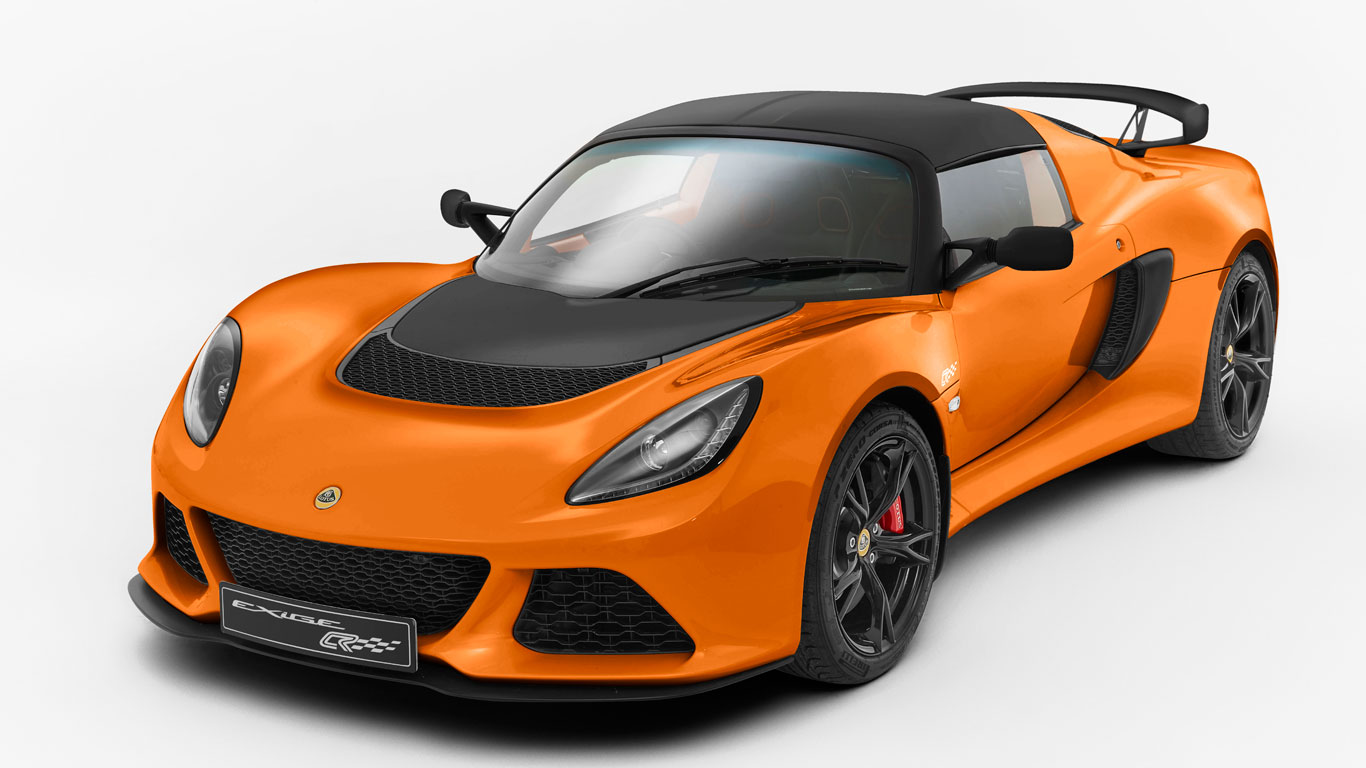 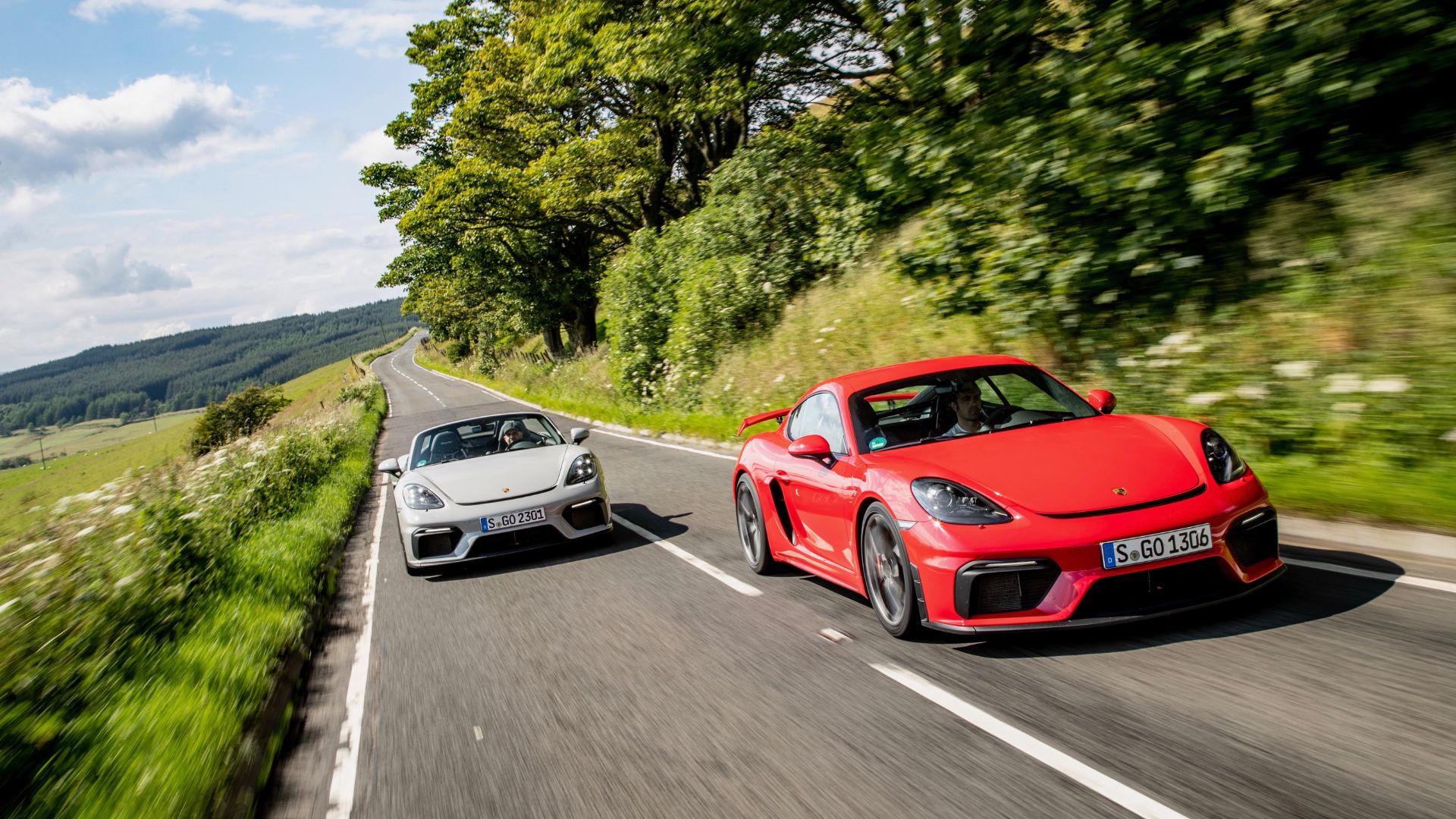 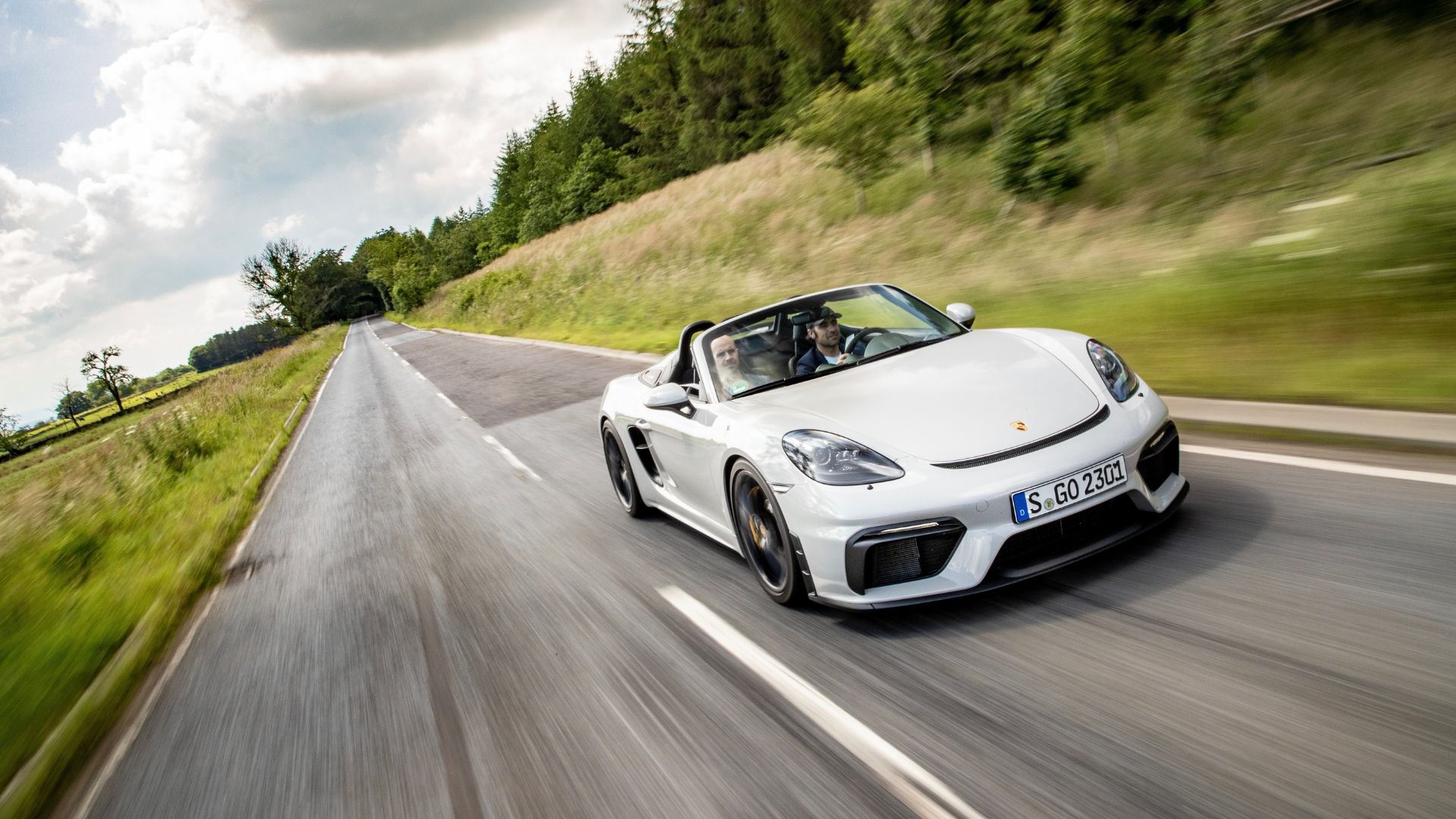 It’s a similar story for the Porsche 718 Boxster Spyder. The flat-six is back, and we’re oh-so happy for it. Better still, unlike the previous Spyder, this one gets some Porsche Motorsport suspension hardware at the front, courtesy of the GT3. Six cogs, six cylinders, a clutch pedal and a drop-top. Doesn’t that sound nice? Maybe not in November… 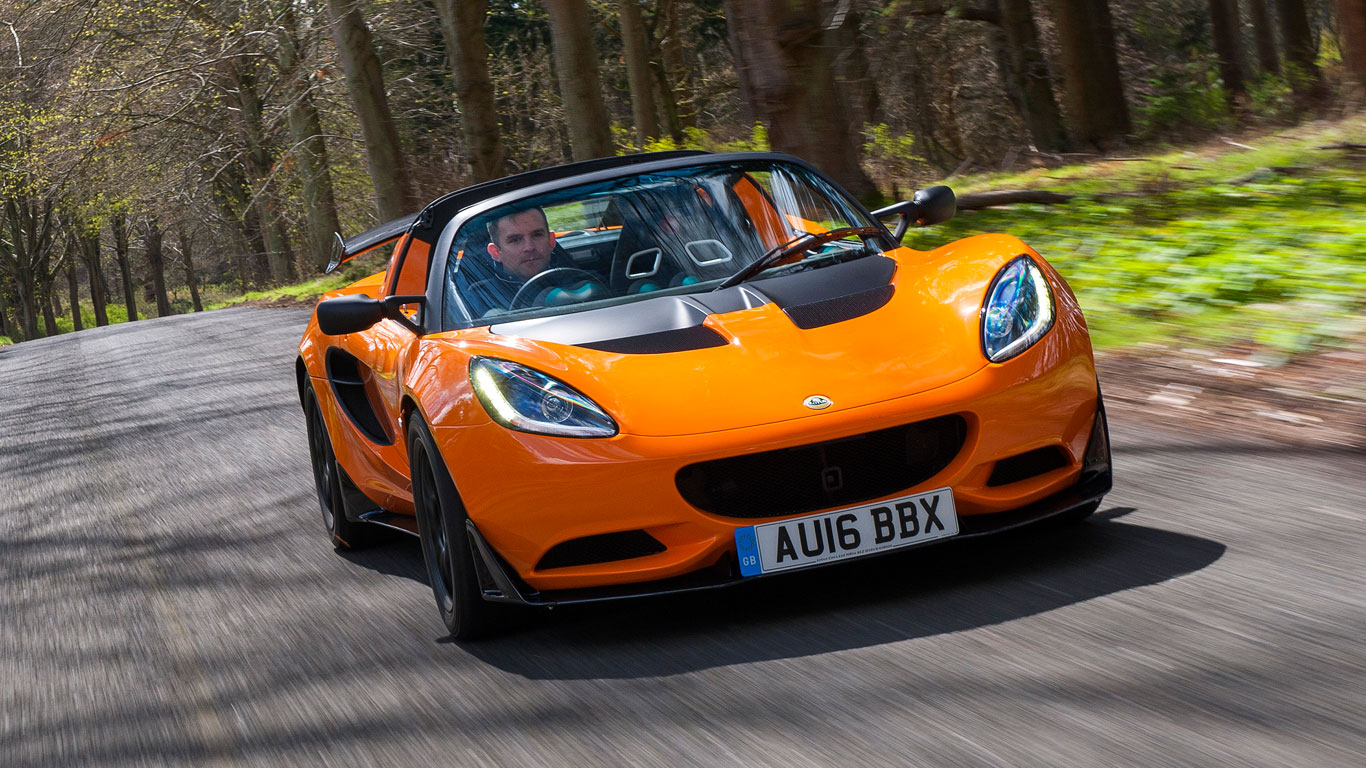 For 20 years, the Lotus Elise has been the default choice for those in search of pure driving thrills. Sadly, with prices starting from £44,640 for the Elise Sport 220, rising to £57,360 for the Cup 250, the little Lotus is less ‘everyman’ than it used to be. Mind you, the Elise Sport does boast one of the best gearknobs since the Ford Puma and the Honda Civic Type R FD2. 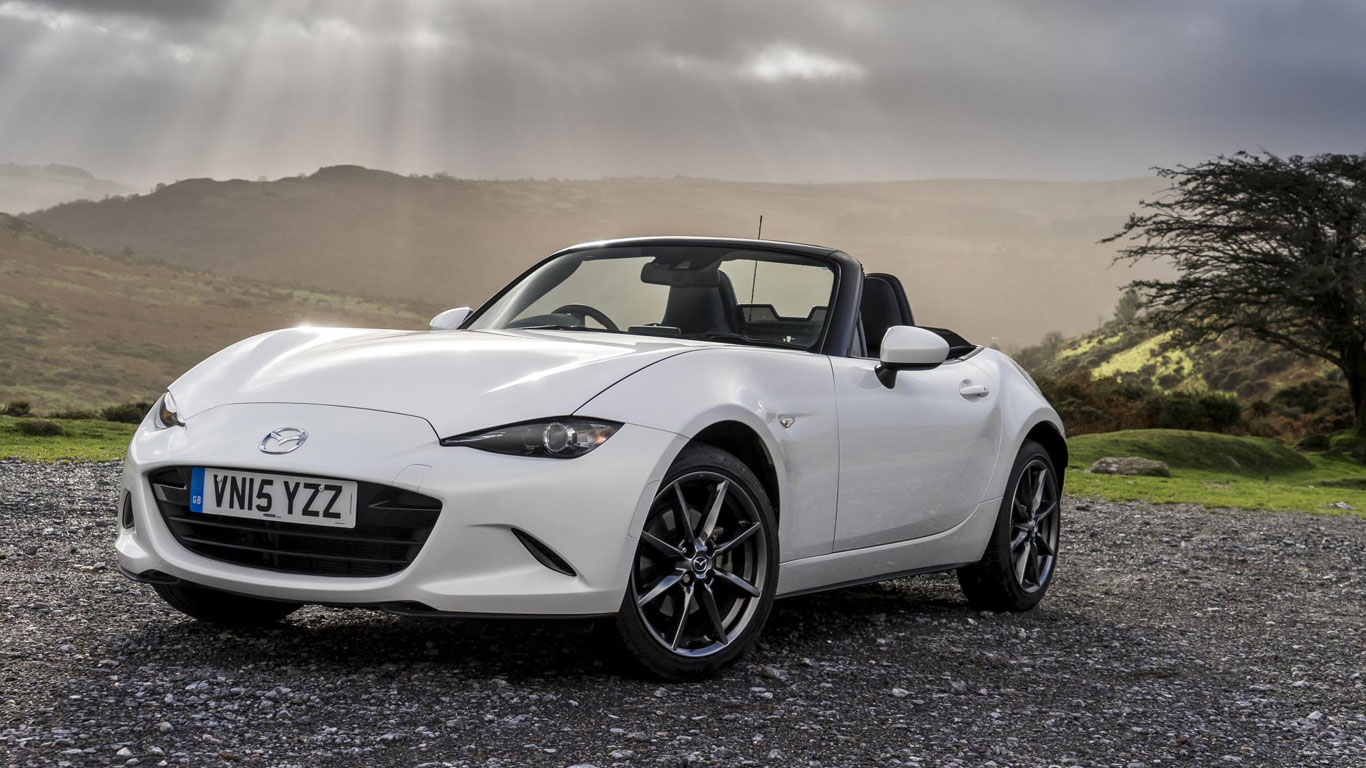 If you’re after an affordable sports car with a six-speed manual gearbox, the Mazda MX-5 is your best option. The MX-5 is every bit as good as you may have read, and recently got a whole lot better, with the addition of the 184hp 2.0-litre engine. Now with a bit of power to match its plucky character, there’s never been a better MX-5. 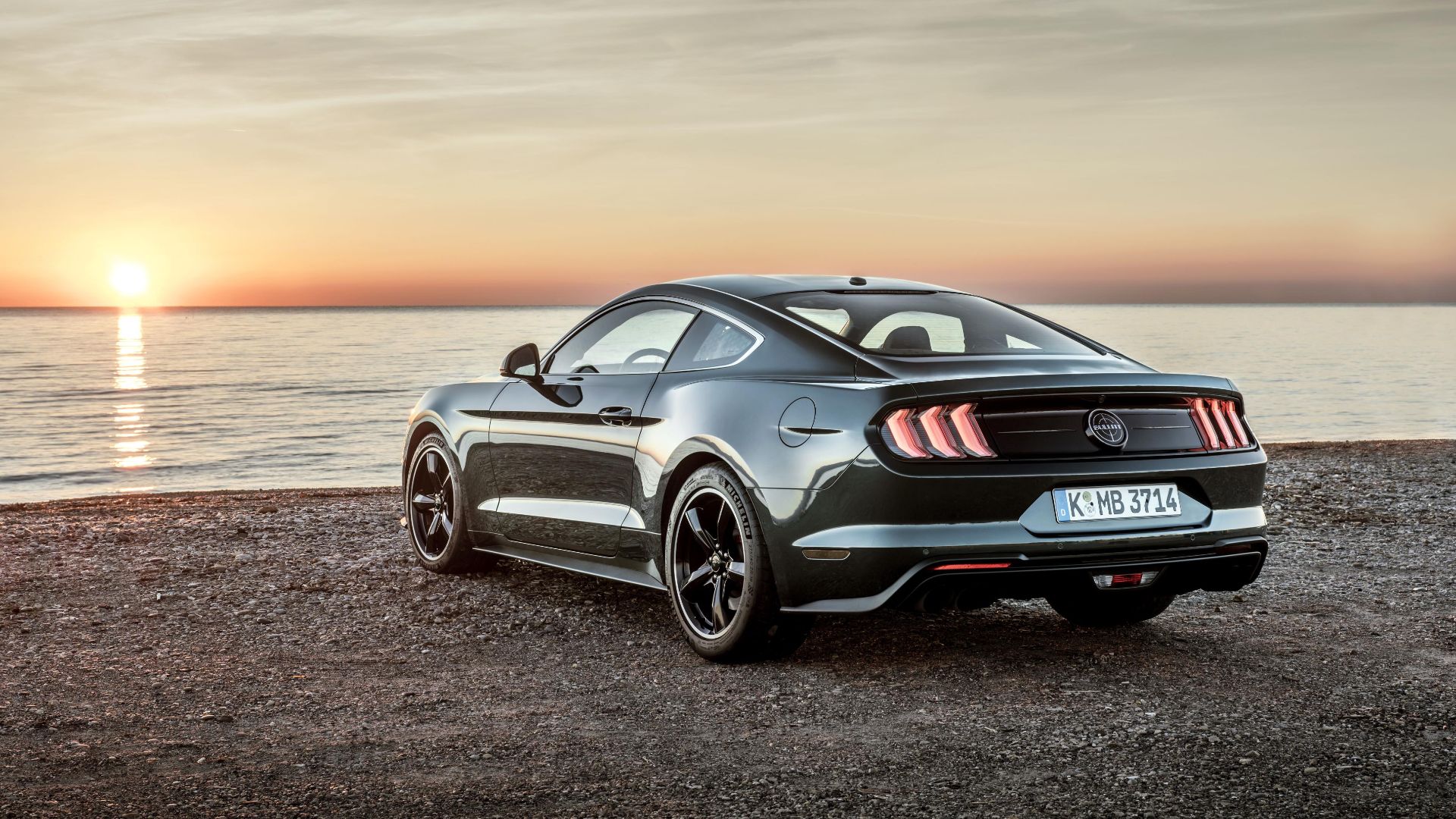 If you’re going to do the whole Ford Mustang thing, you really ought to opt for the full-fat 5.0-litre V8. Oh, sure, the 2.3-litre EcoBoost is more efficient and will be cheaper to run, but to enjoy the authentic Mustang experience, vee-eight is where it’s at. Beyond that, it’s up to you – the automatic transmission is marginally more economical, but the six-speed manual allows you to take the ‘Stang by the scruff of the neck and give it a damn good thrashing. 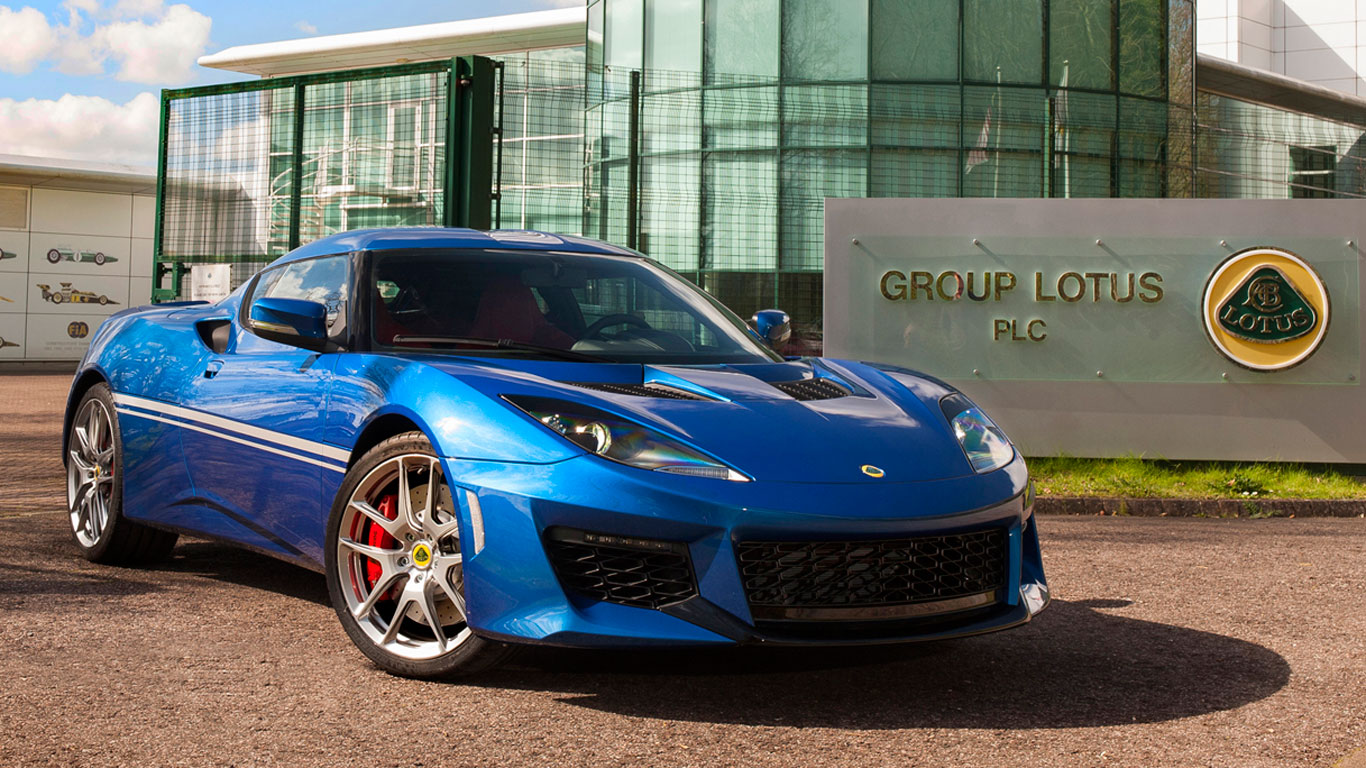 The latest Lotus Evoras have swollen in terms of performance and price. The 410hp 3.5-litre supercharged V6 engine means the new GT10 is capable of 0-60mph in 3.9 seconds. A six-speed manual gearbox is fitted as standard, although a six-speed automatic is available as an option. It’ll cost you from £85,900.25 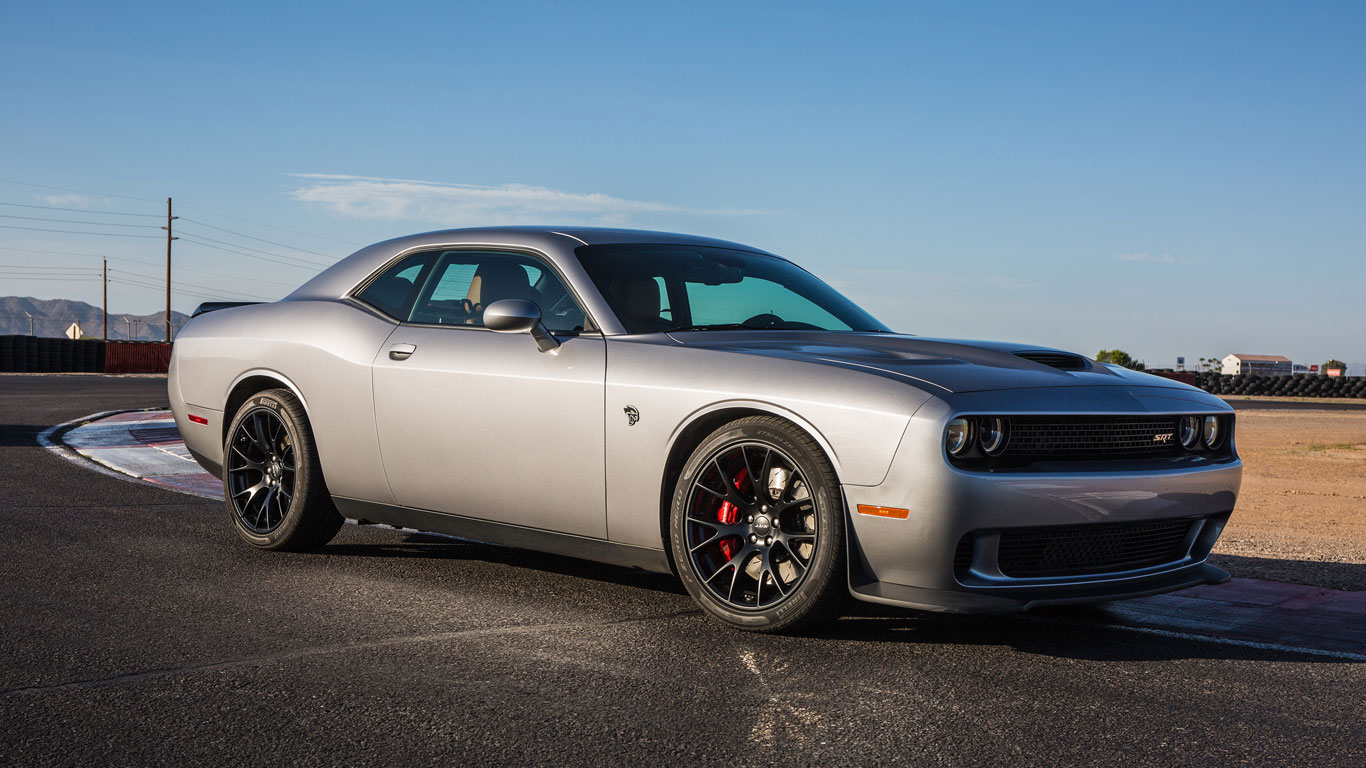 All but the entry-level Challenger models are fitted with a six-speed Tremec manual gearbox as standard, right through to the SRT Hellcat. Only the bonkers 840hp Demon is auto-only. Still, you’re not exactly living in horsepower poverty with a 707hp Hellcat. For the sake of a manual shift, we’d consider taking the hit. 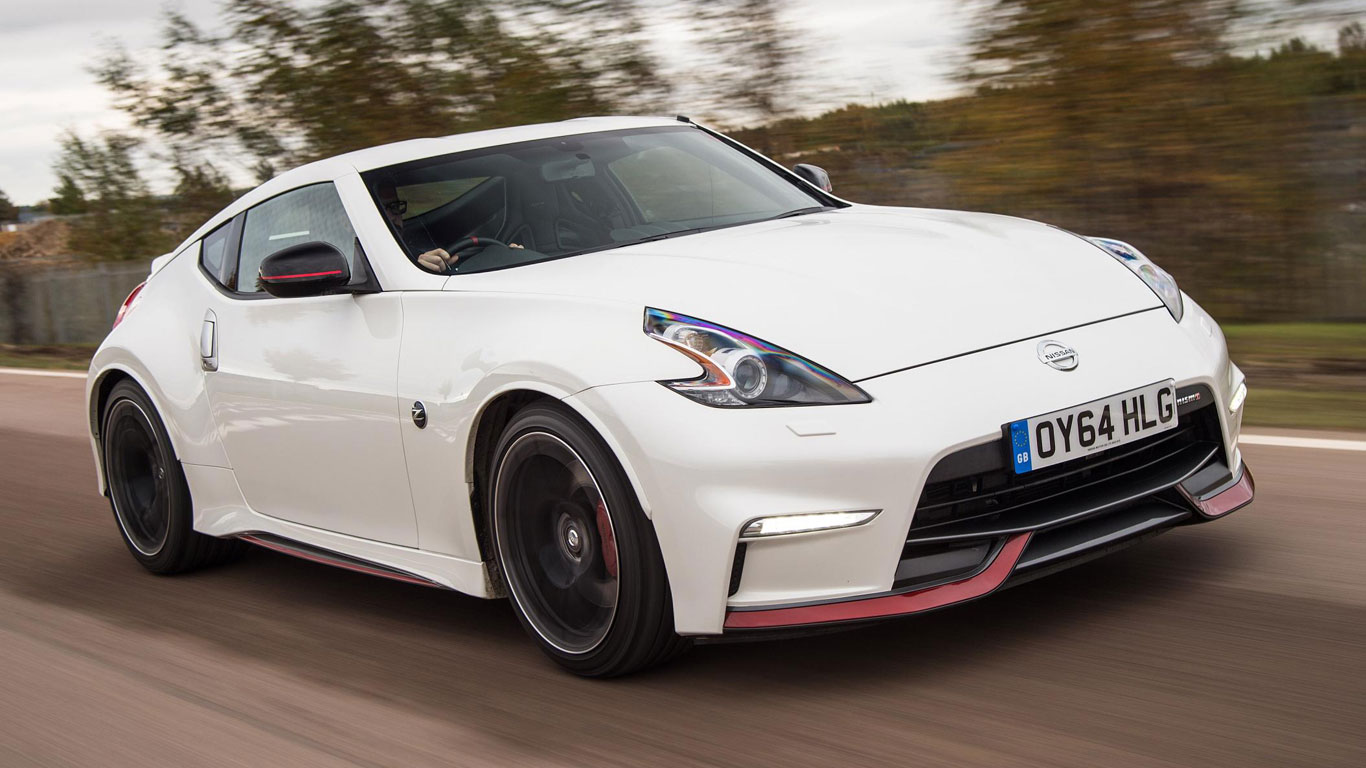 The Nissan 370Z takes us back to Datsun Z cars of old. A hairy-chested brute of a sports car powered by a 3.7-litre V8 engine and offering classic rear-wheel drive dynamics. Prices start from £29,870 for the basic Z, rising to £40,370 for the Nismo. 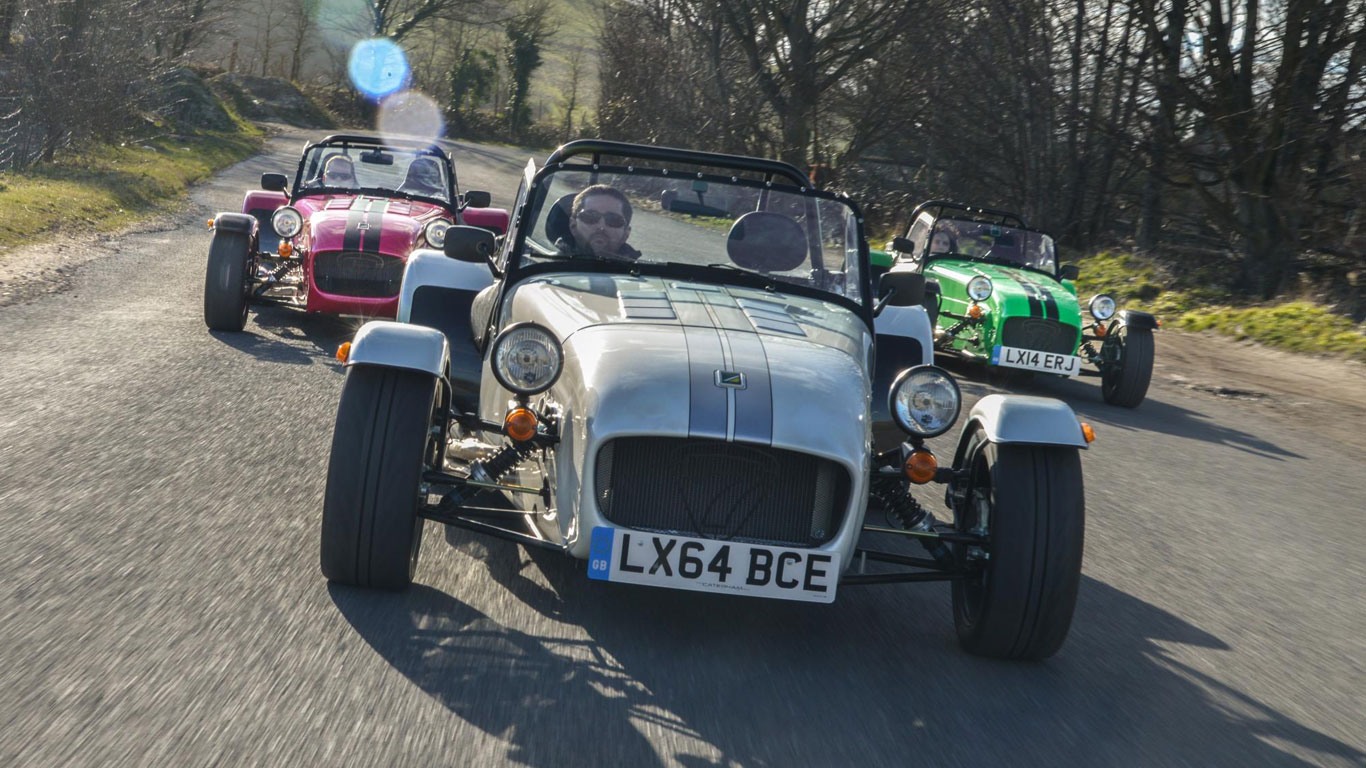 If you want back-to-basics, seat-of-your-pants thrills – this is as good as it gets. The gearstick in a Caterham Seven is a short and stubby affair, perfectly positioned alongside the tiny steering wheel. Prices start from £26,490 for the bargain-basement Seven 270, through to £48,890 for the bonkers 620. Shifting through a six-speed gearbox has never been more exhilarating. 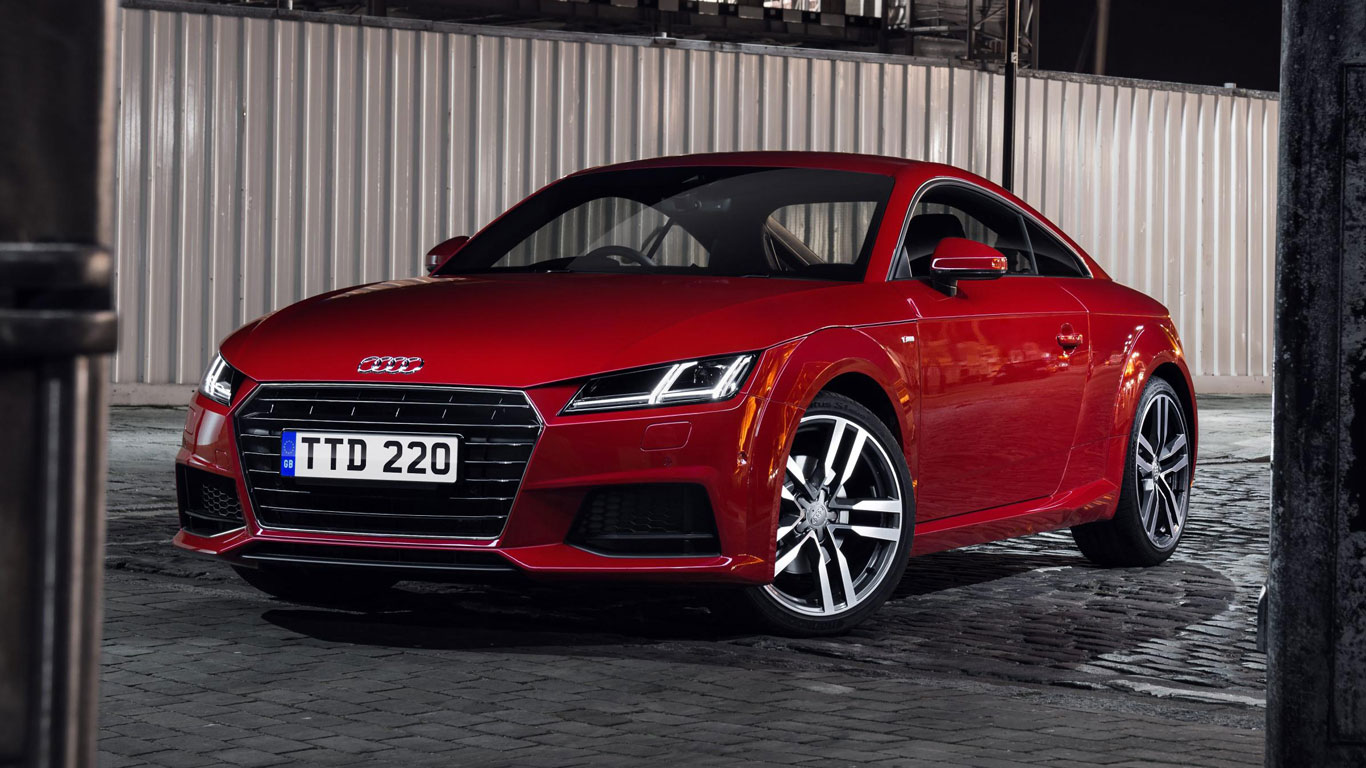 Sadly, the Audi TT RS won’t offer the option of a manual gearbox, so you’re stuck with the common or garden TT. Might we suggest the 2.0-litre TFSI in S line trim? 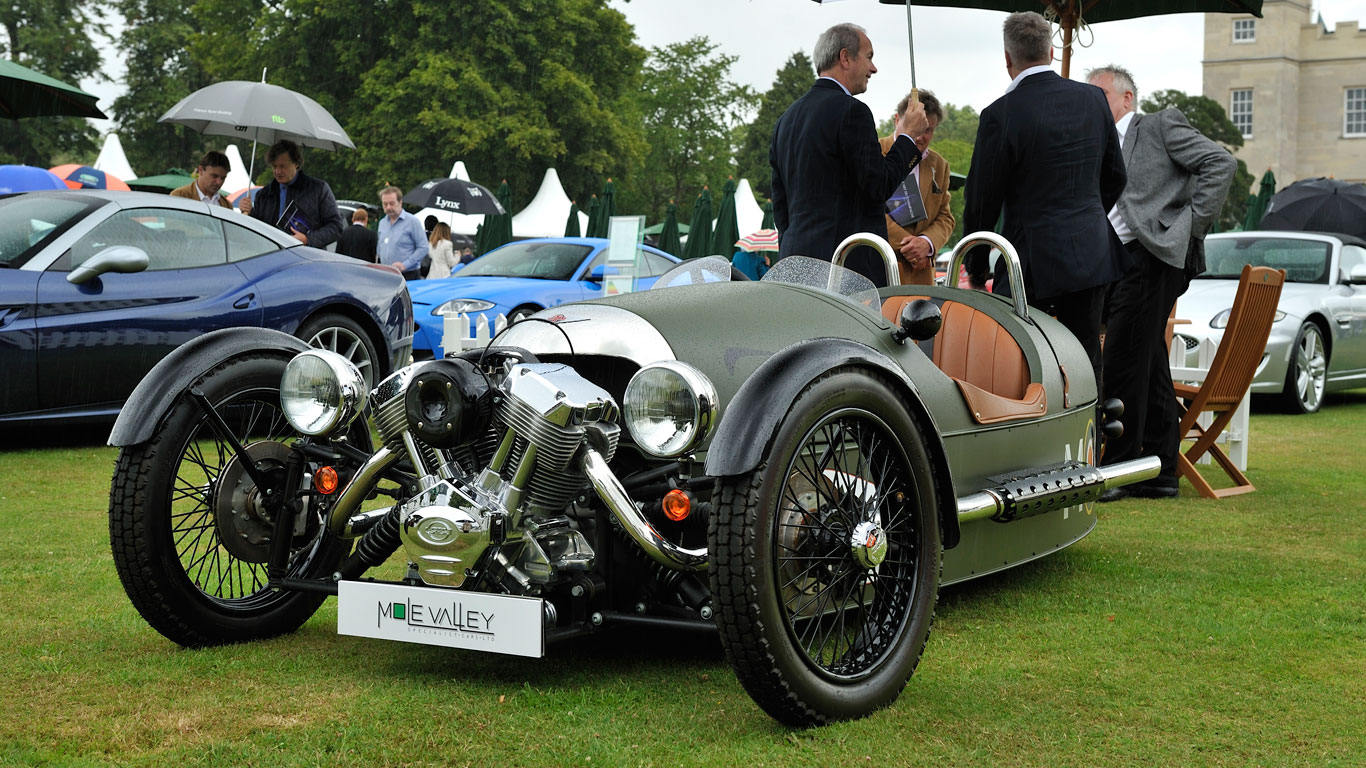 The Morgan 3 Wheeler weighs just 525kg, but manages to punch above its weight in more ways than one. The 2.0-litre V-twin engine is mated to a Mazda-sourced five-speed manual gearbox to offer a unique take on the drivers’ car formula. Brilliant. 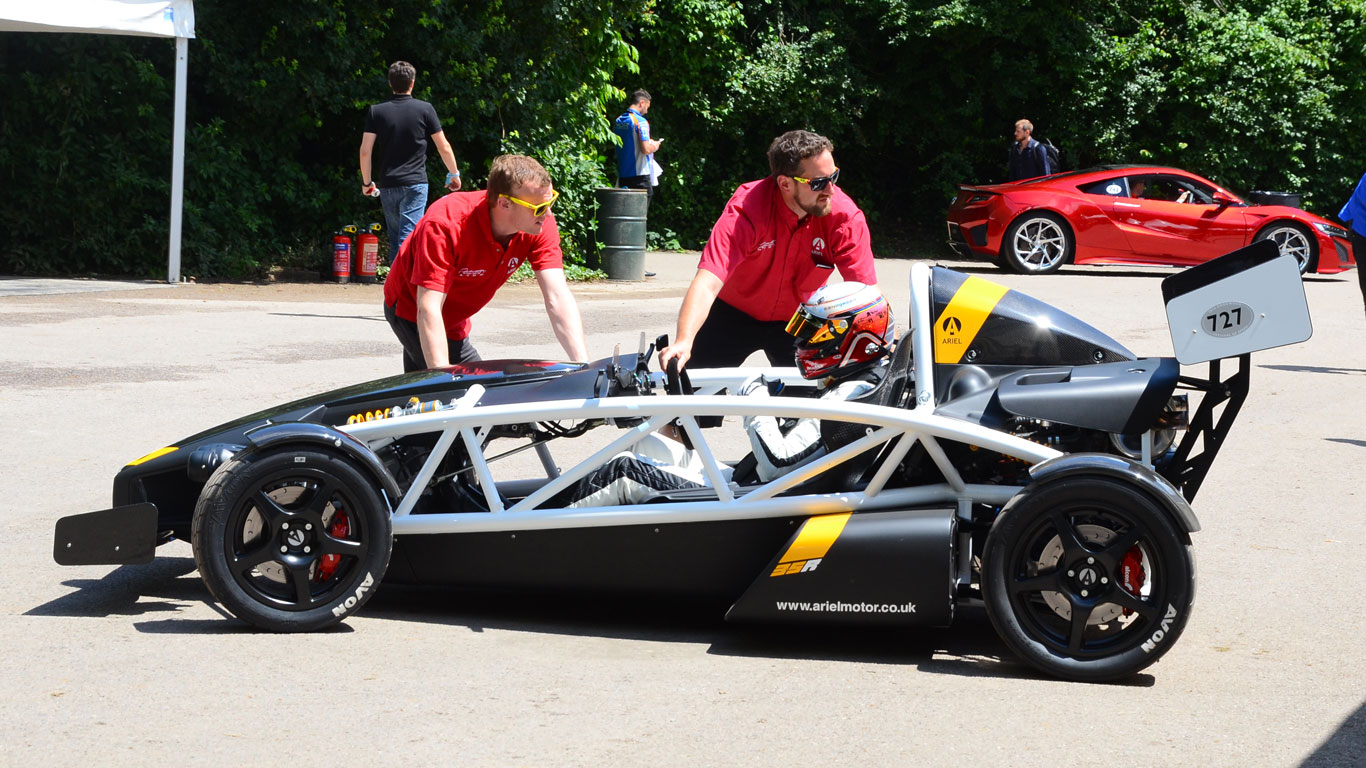 Of course, you’ll still find a number of low-volume, track-focused manufacturers willing to fly the flag for the manual gearbox. Select from the likes of Ariel, Radical, Ginetta, Ultima and Westfield for maximum thrills. There’s a new Ariel Atom, with a turbocharged four-cylinder from the Honda Civic Type R… 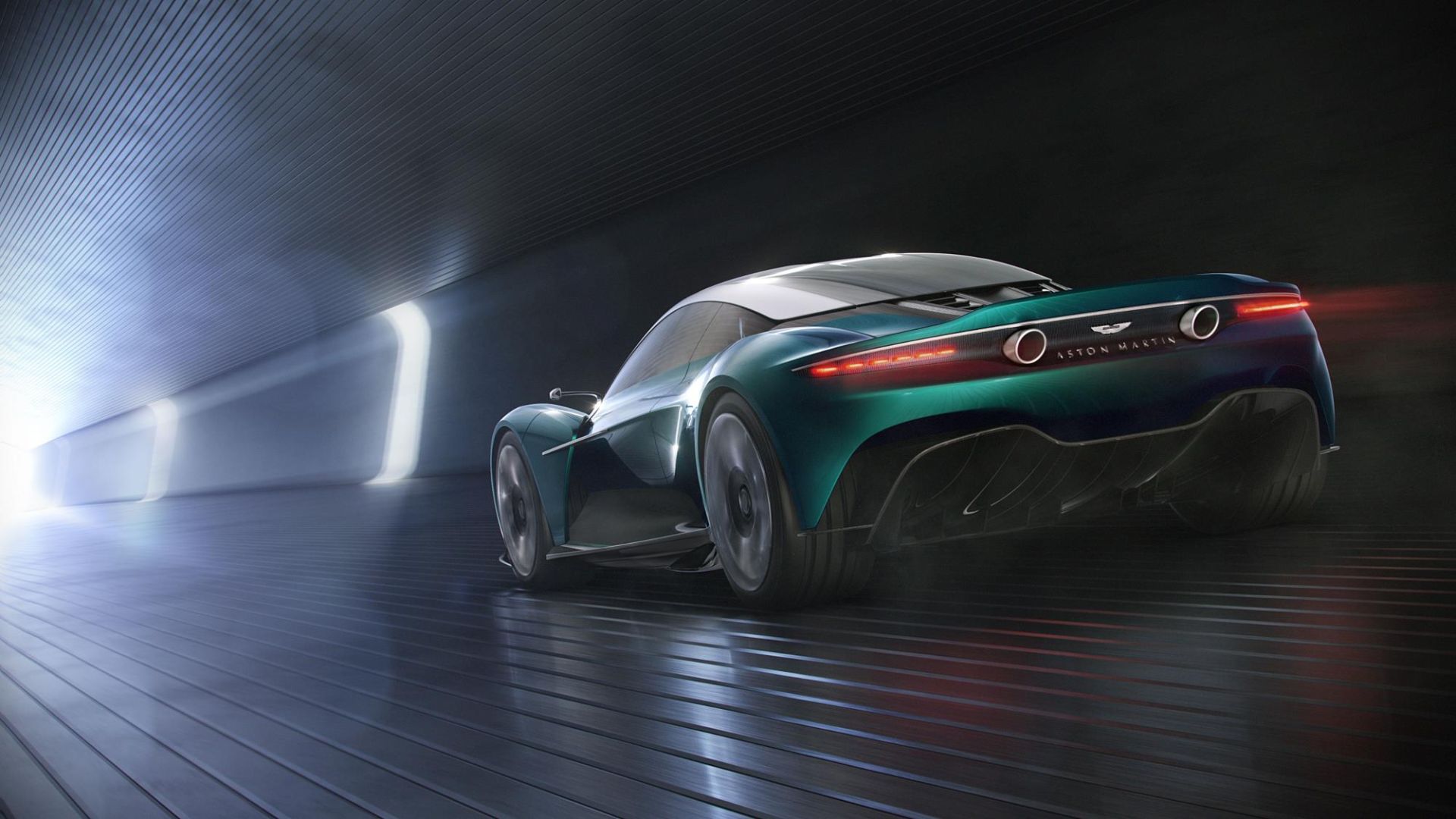 Aston Martin’s recent Vanquish Vision Concept teased a mid-engined supercar that you’d never expect would have a manual gearbox. Trust Aston Martin to surprise us all, there were rumblings it was planning a stick-shift for its McLaren 720S rival. Here’s hoping. 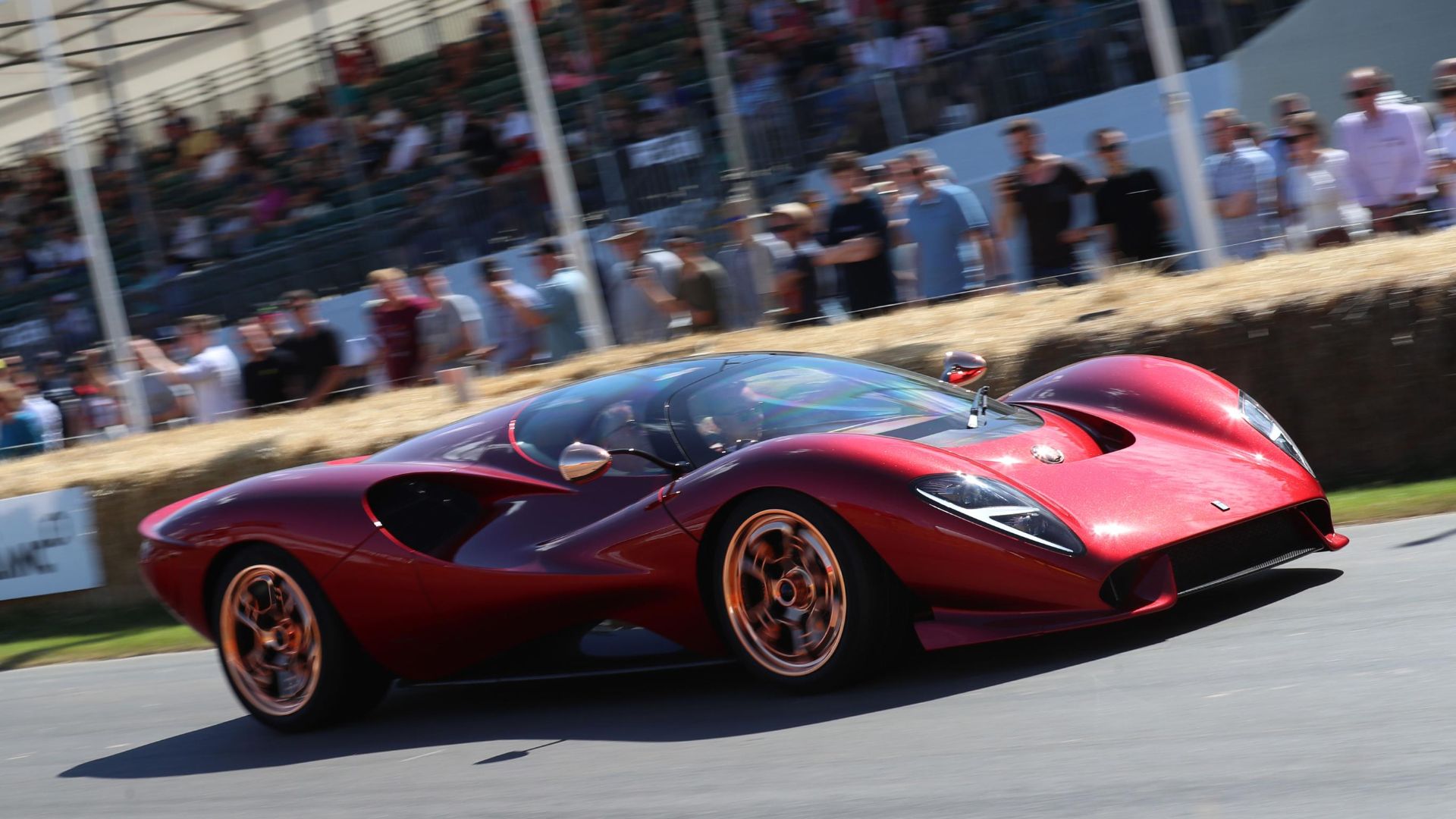 Born to channel the spirit of hairy-chested De Tomaso supercars of old, the P72 resembles a 1960s sports prototype racer. Under the clamshell sat a roaring V12 when it appeared at Goodwood this year, though the production version is due to get a Roush-tuned V8. And yes, it’ll have a manual… 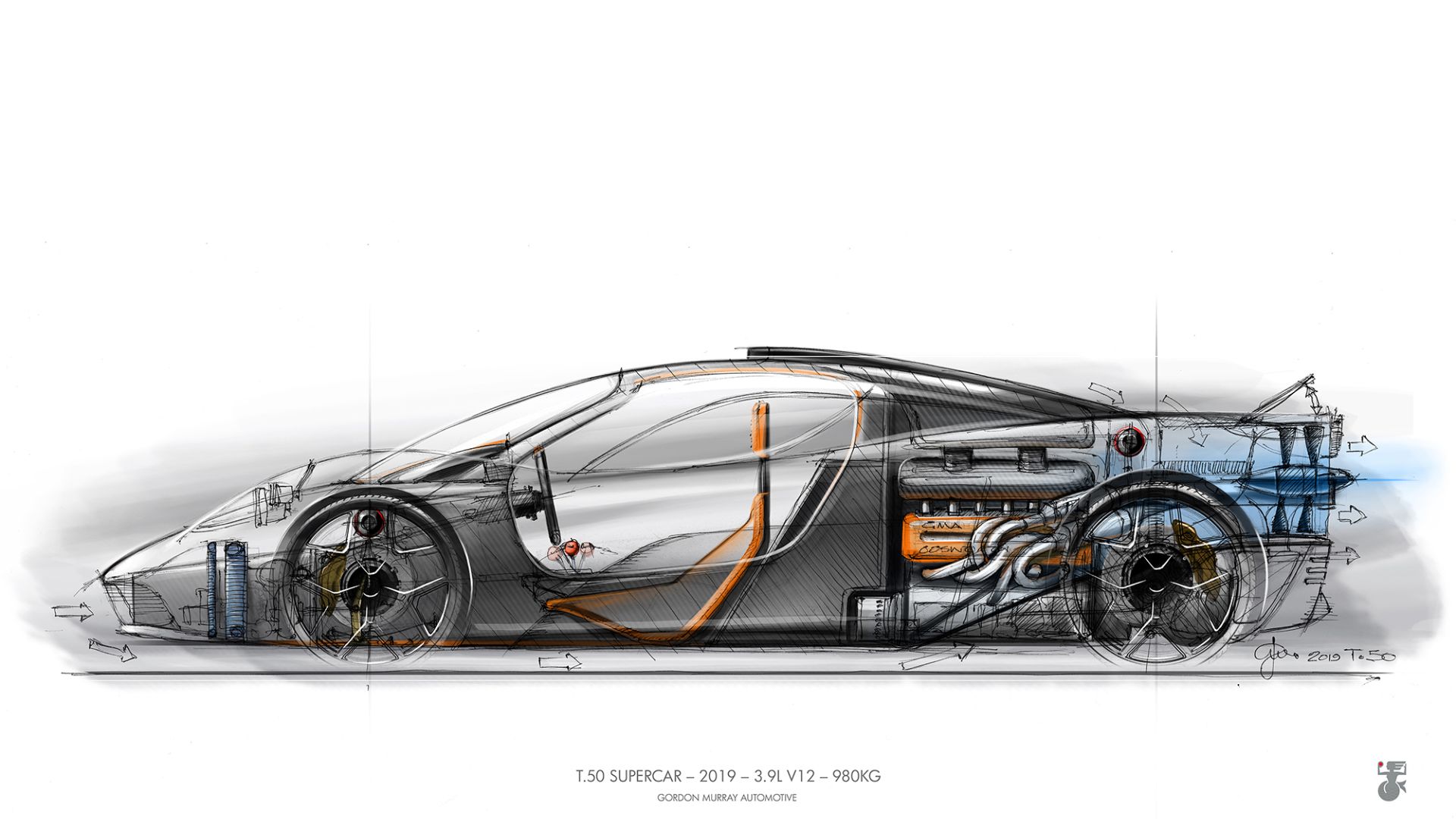 We saved the best until last. If it came from anyone else, we wouldn’t have faith it would happen. But it’s Gordon Murray who wants to produce a V12-powered 600hp+ hypercar that revs to five figures and has a manual gearbox. We await his three-seat T.50, a true successor to the McLaren F1, with great anticipation.