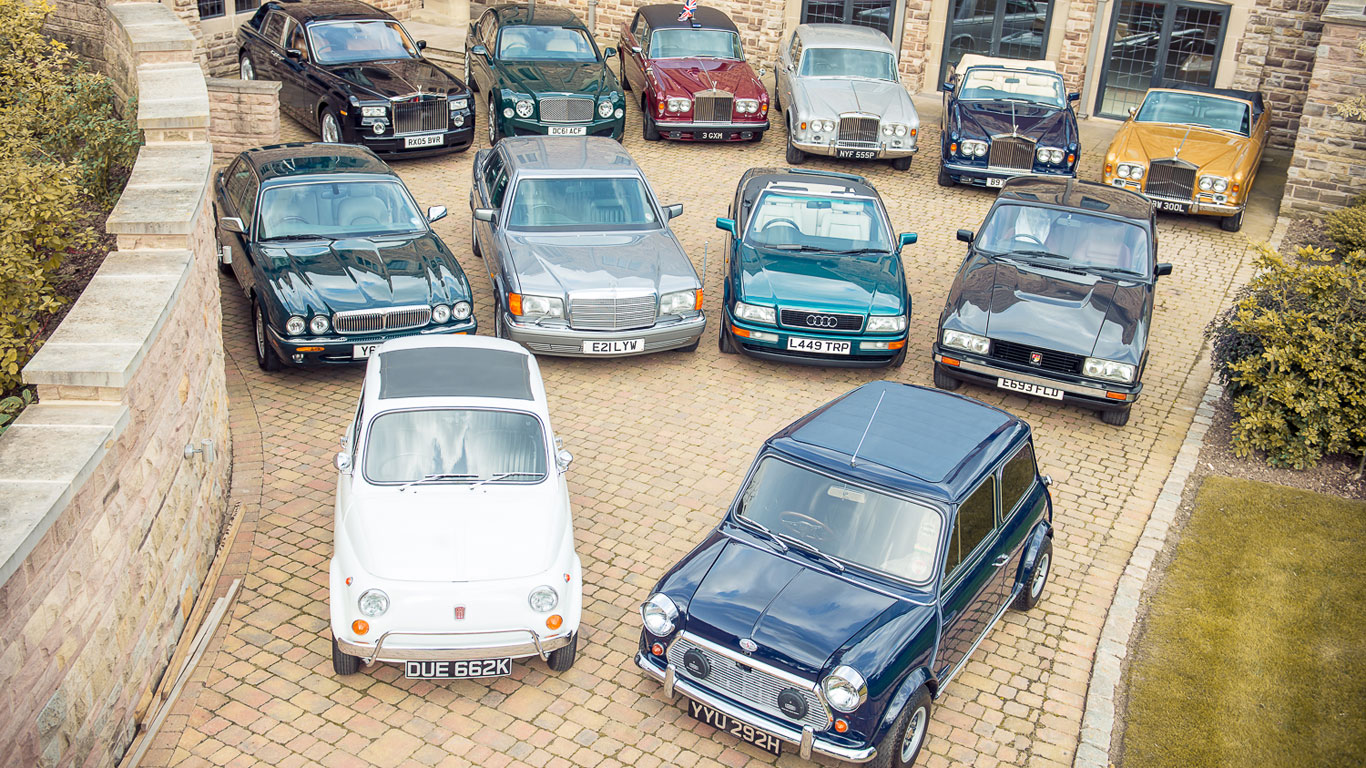 A number of cars with royal connections will be going under the hammer at the forthcoming Silverstone Auctions NEC sale, which is part of the Classic Motor Show. The auction takes place on Saturday 12th and Sunday 13th November 2016, and includes an Audi 80 Cabriolet formerly owned by Princess Diana. Read on to discover more. 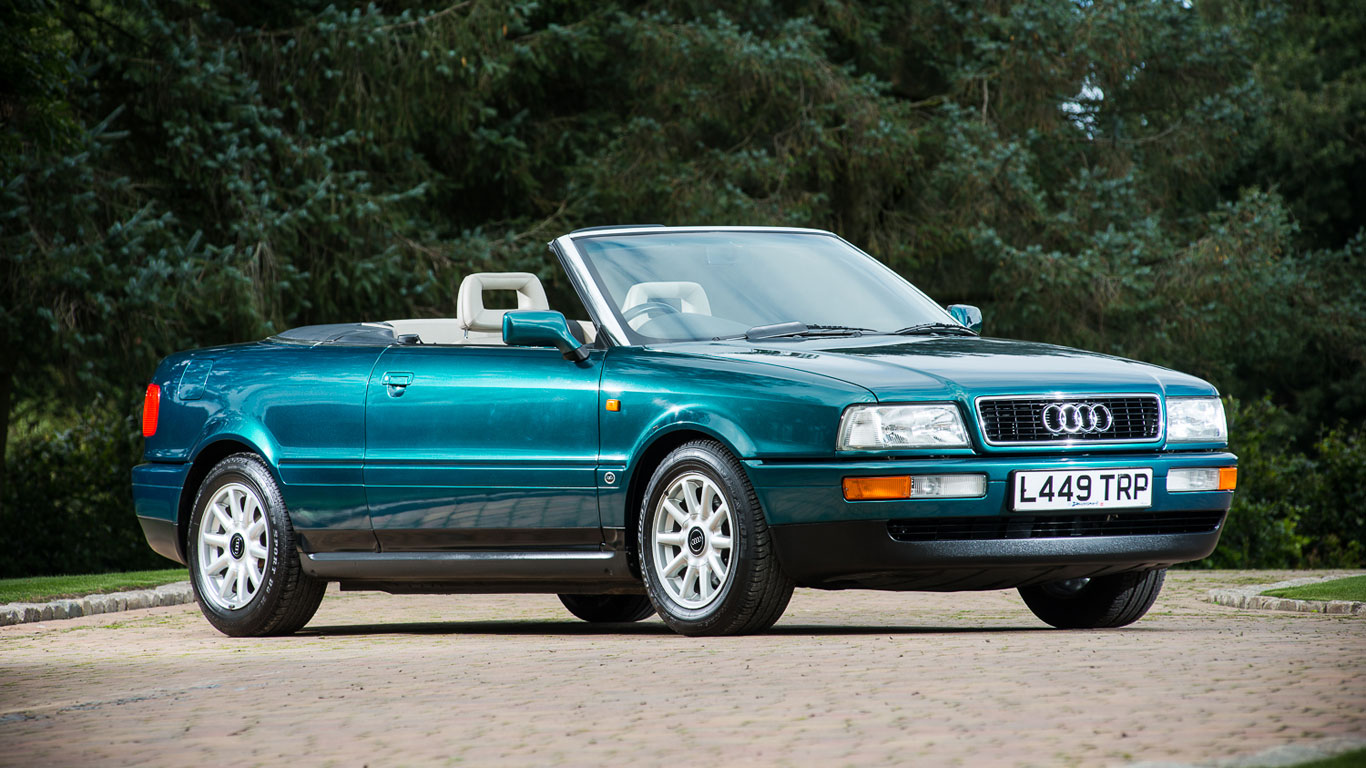 In 1994, this Audi 80 Cabriolet probably did more for Audi’s image than any manner of cash spent on marketing. The power of being associated with arguably the most famous woman on the planet must have been huge. Fast forward two decades and the Audi 80 Cabriolet 2.3E could be yours.

This isn’t the first time Princess Diana’s Audi has been up for auction. Back in 2013, the Gomera Pearl Audi went under the hammer at Blenheim Palace, where it sold for £36,500. Silverstone Auctions has listed it for a pre-auction estimate of £50,000 – £60,000, which represents a sizeable profit for the winning bidder. The car has travelled around 400 miles since the auction. 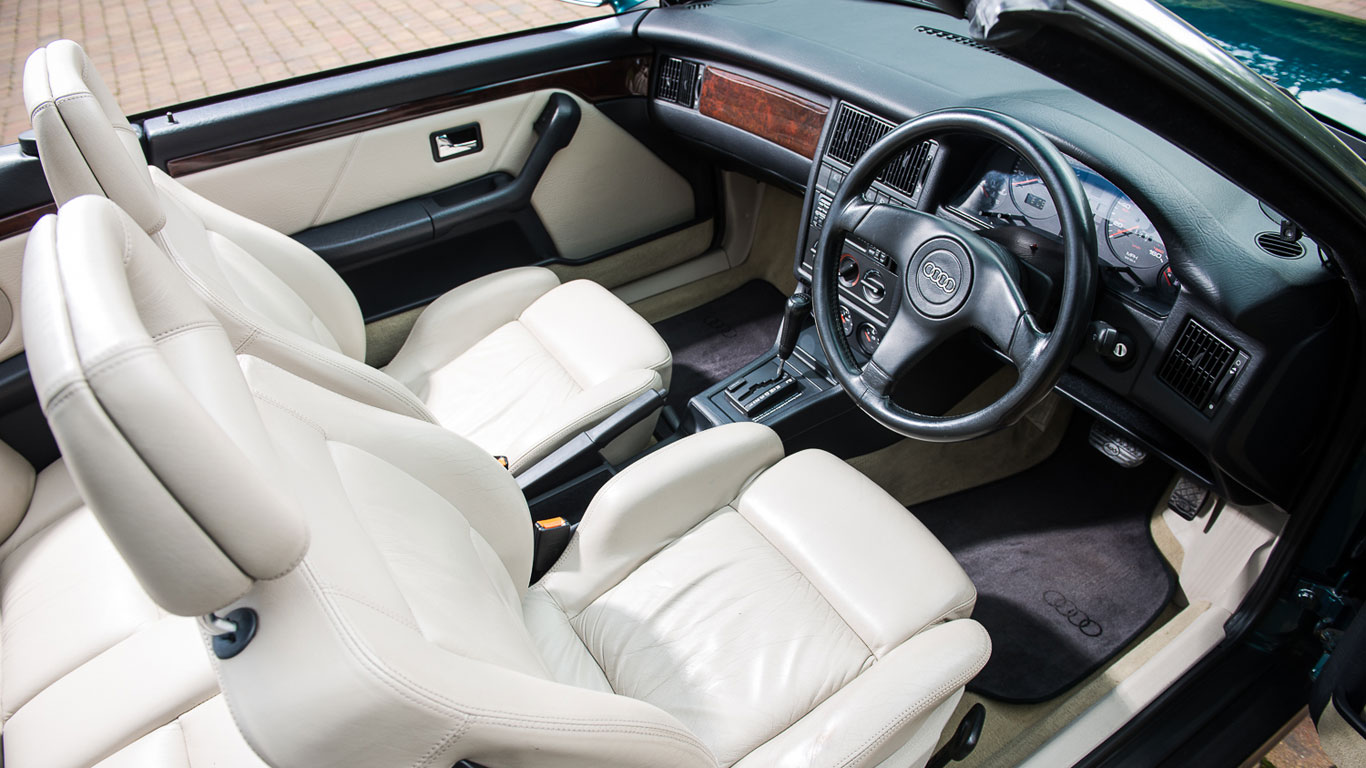 The Audi was presented to Diana by Dovercourt Audi of St John’s Wood and the dealer was probably all too pleased to list a Princess as one of its clients. It was first registered on the 7th March 1994, but returned to the dealer with 4,000 miles on the clock. It was bought by political commentator, publisher and broadcaster Iain Campbell Dale, who was looking for a car to take on holiday to Germany.

Mr Dale owned the Audi for a couple of years before selling it to a third owner, who just happened to live next door to Kensington Palace. Is the Cabriolet the coolest car Princess Diana ever owned? For us, it’s either this or the black Ford Escort RS Turbo. That said, the Austin Mini-Metro she owned before marrying Prince Charles was rather special. 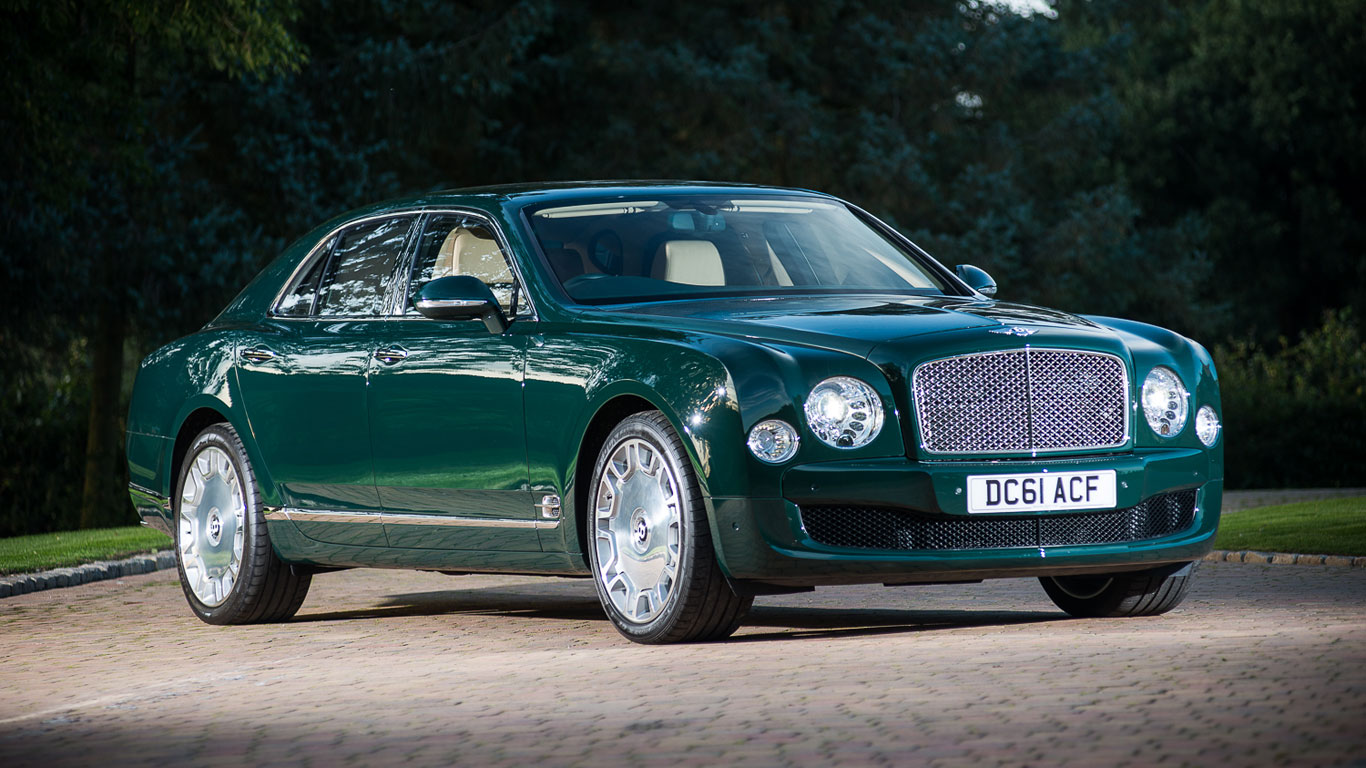 The Mulsanne was the car in which The Queen travelled to her only Cabinet meeting at 10 Downing Street in 2012, flanked by outriders and greeted by Prime Minister David Cameron. 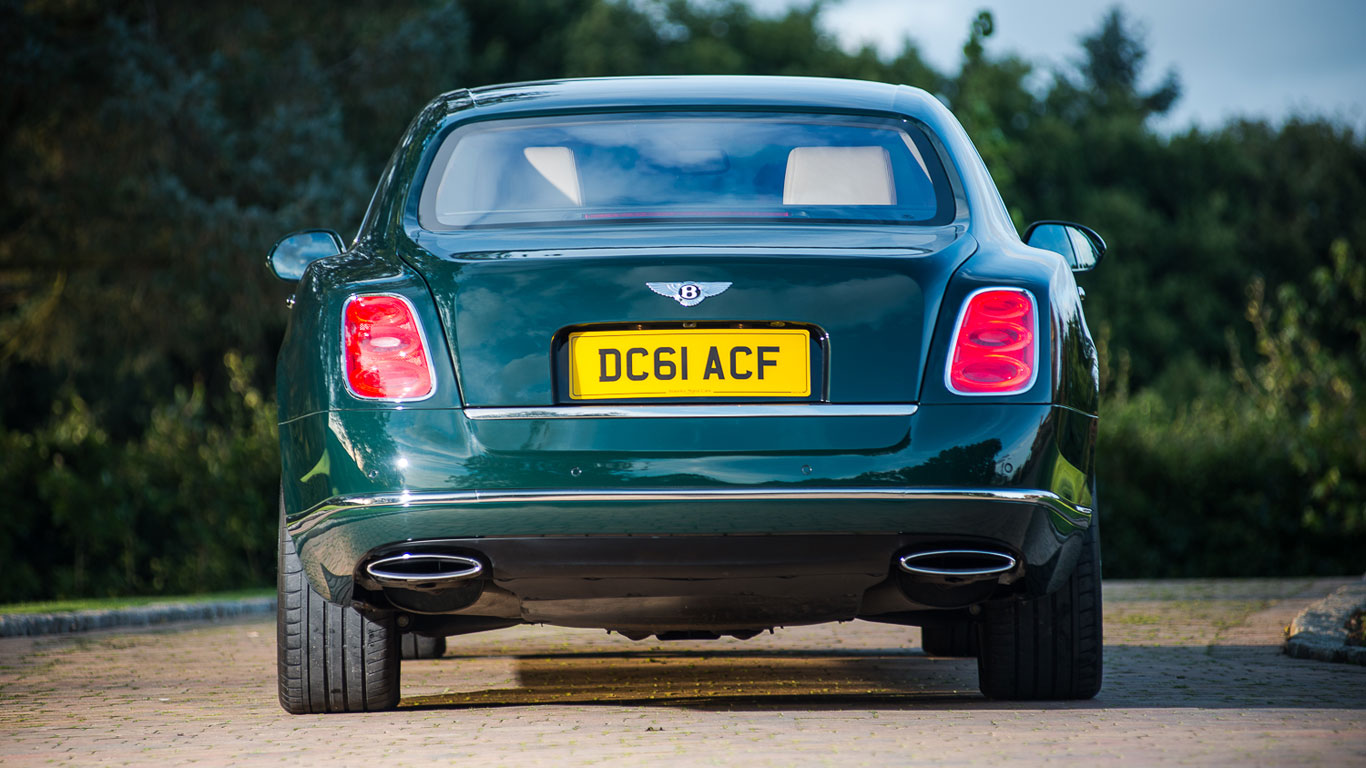 Power is sourced from a 6.75-litre V8 engine, which would have propelled this extension of Windsor Castle from function to function in genuine pomp and circumstance. It’s interesting to note that Windsor Castle is listed as ‘Home’ on the Mulsanne’s sat nav. Home, James, and don’t spare the horses.

The Mulsanne is finished in Barnato Green, a shade named in honour of Joel Woolf Barnato – one of the original ‘Bentley Boys’ of the 1920s. Bentley added a number of subtle security features to keep Her Majesty safe on the road, including Kevlar-reinforced tyres and strengthened body panels.

These are the very seats upon which Her Majesty would have parked her Royal behind. Assuming we’re not sent to the Tower for making such a comment, we’ll go on to say the interior was finished with a tan leather interior, acres of walnut veneer, vanity lights and picnic tables. No doubt the Queen was quite partial to a snack on the way back from a private party. 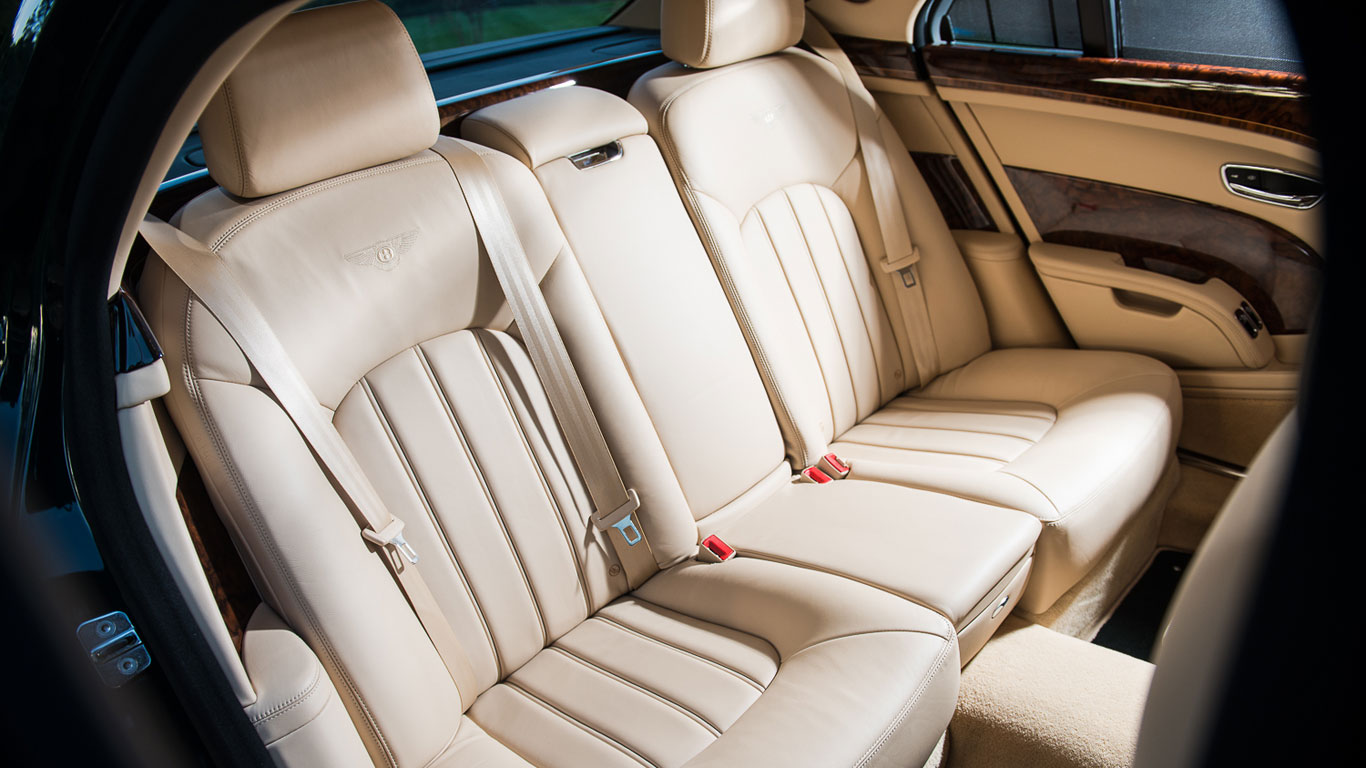 As you’d expect, the Mulsanne’s added security features have long since been removed, with Bentley transforming the car into what is essentially a production Mulsanne. So the armoured plating and glass won’t be there to protect you from the terrors of ‘civvy street’.

It’s also worth noting that the Mulsanne no longer rolls on its original DK61 FHM plate, while we understand the car was originally registered to Bentley Motors Ltd. Essentially, you’re spending close to a quarter of a million pounds on a car that no longer looks and feels like a Royal chariot. What price provenance? 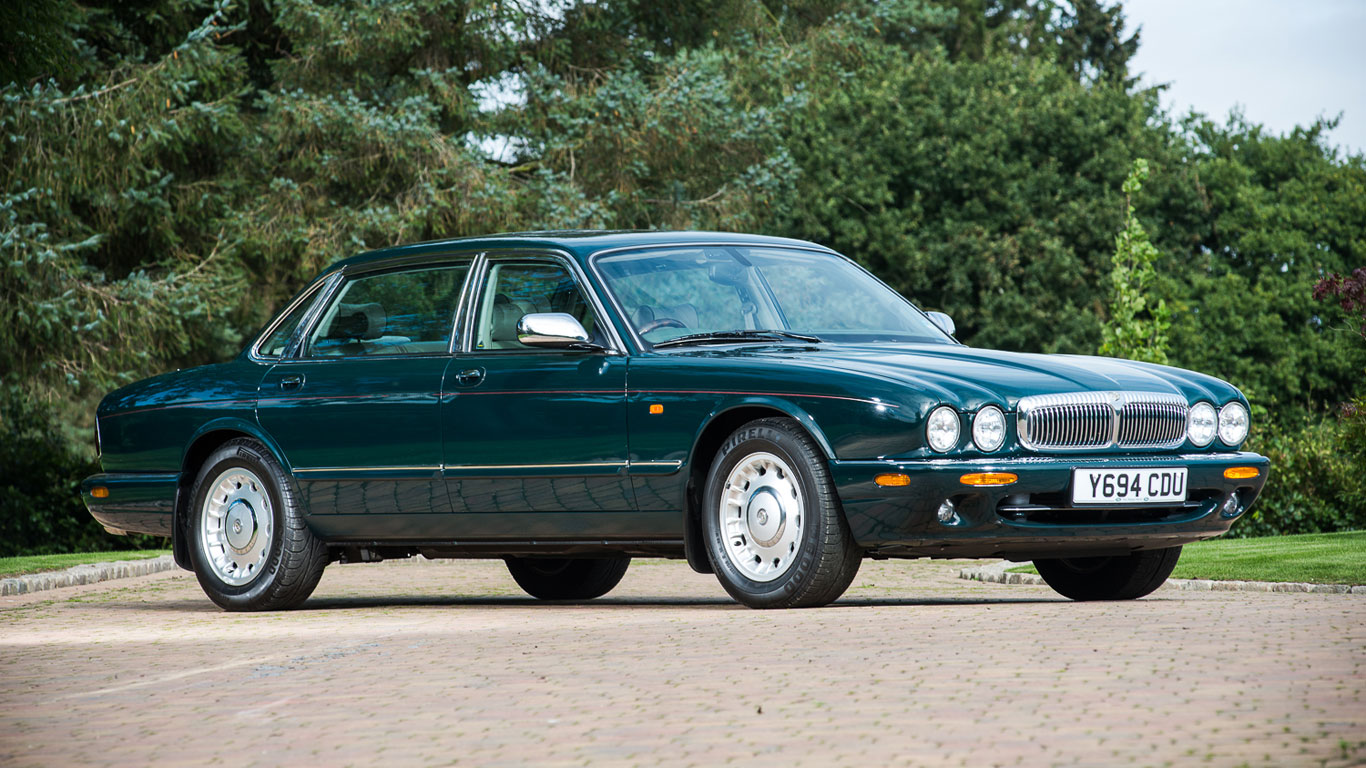 Maybe it’s our inner Arthur Daley rising to the surface, but we prefer this Daimler to Her Majesty’s Bentley. With a pre-auction estimate of £50,000 – £60,000, it could be a nice little earner, too.

Registered on the 4th June 2001, this unique Daimler Super V8 was built to the personal specification of Her Majesty, with Jaguar completing a 2,500-mile test drive to ensure it was fit for a Queen. Imagine the petrol loyalty points after that. 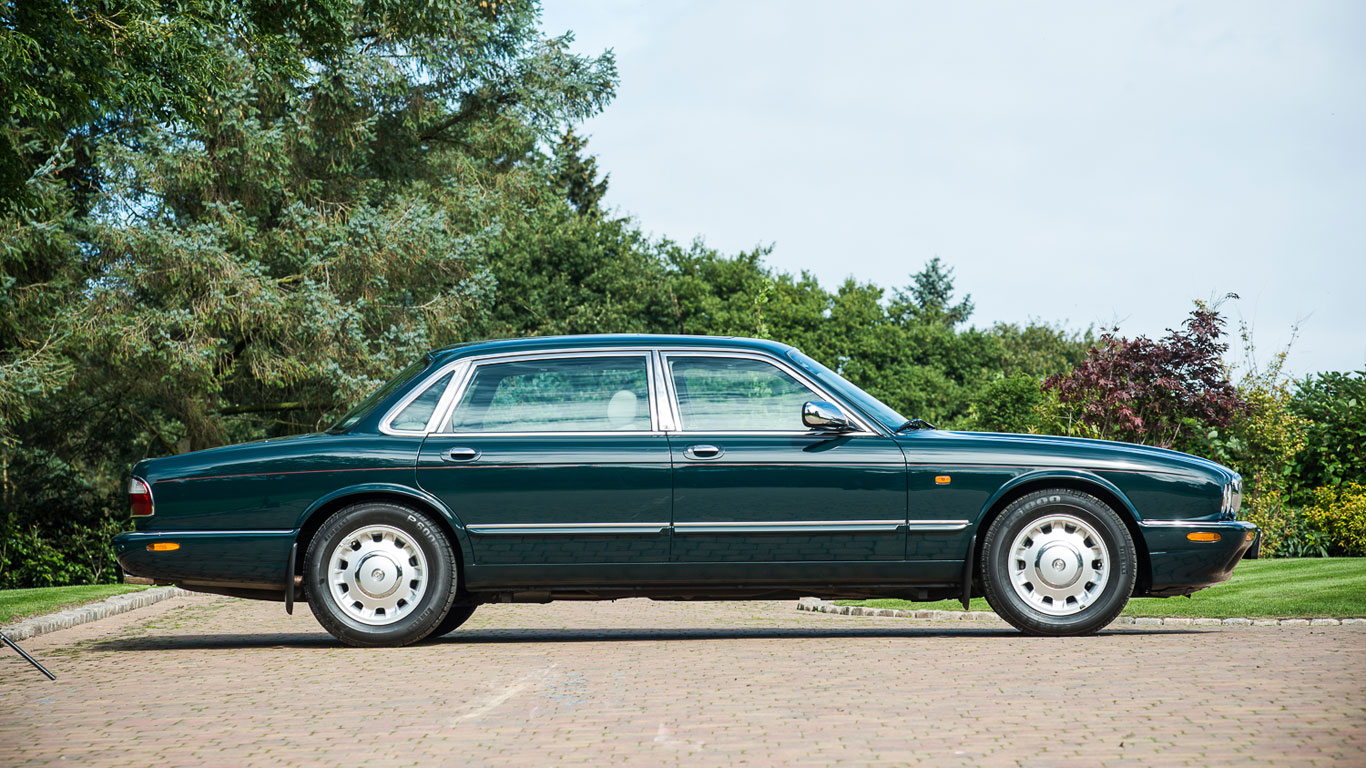 Look closely and you’ll spot four buttons on the centre console. A number of discreet security features were fitted, including blue flashing strobes, alternate flashing headlights and alternate flashing rear lights. A pair of neon blue lights positioned behind the rear-view mirror was used to alert members of the Royal Protection Team as to which vehicle the Queen was travelling in.

In the boot, you’ll find fittings for direct contact to the Home Office and Downing Street, although the working components have now been removed. Note the deep-pile carpets and picnic tables – the world is your lobster in this Daimler, as Arthur Daley might have said.

The supercharged V8 engine remained as standard, meaning the Queen’s driver was able to enjoy the full force of 375 Royal horses beneath his right foot. History will recall that this Daimler was used as personal transport within the Windsor Castle estate, as well as journeys to and from Buckingham Palace. 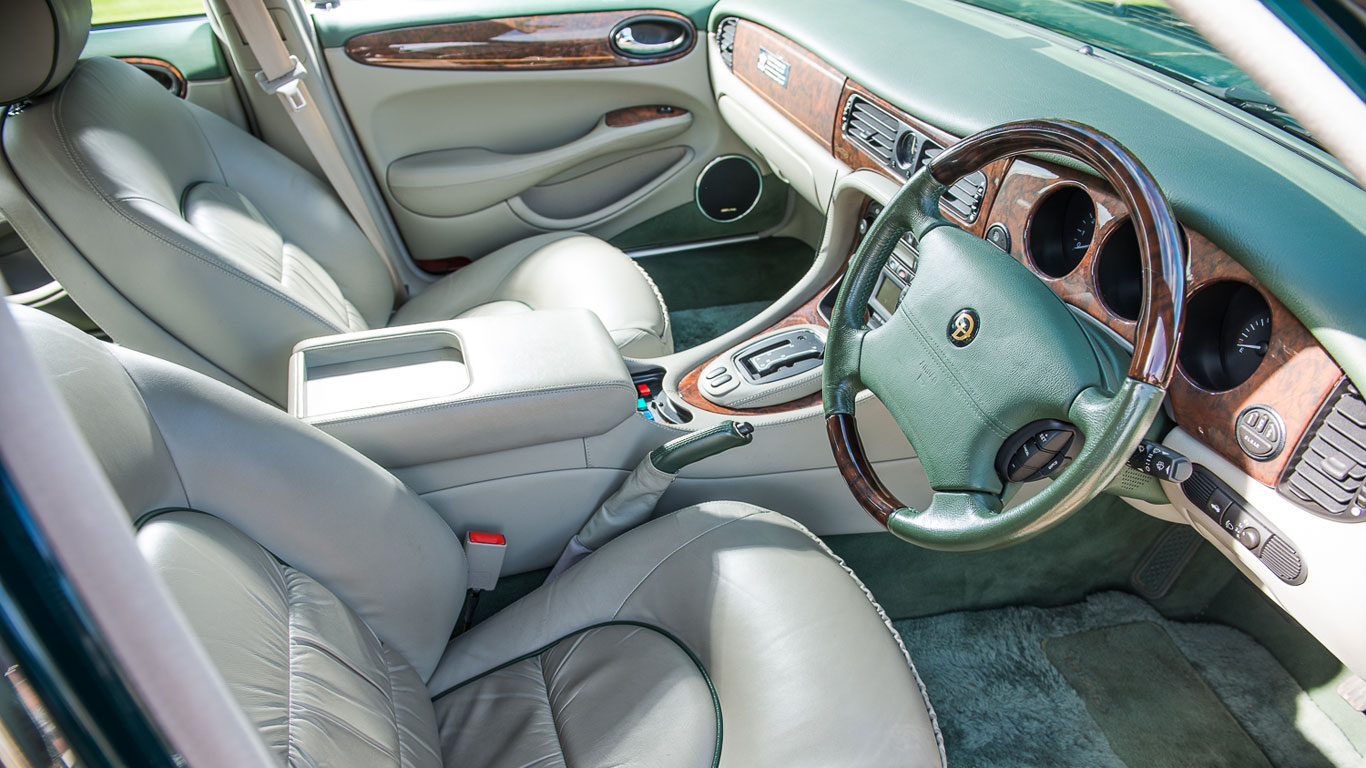 Today, the four-owner Daimler is said to be in “superb condition”, and is presented with 15,000 miles on the clock. Amazingly, 11,000 of those miles were completed whilst in the Queen’s possession. Jaguar Daimler Heritage Trust purchased the car from Jaguar in 2007.

In case you were wondering, this is a factory-adapted armrest with a sliding holder specifically designed to hold the Queen’s particular type of handbag. Jaguar also fitted several extra switches to allow the Queen to operate the windows from either side, because “she enjoyed fresh air in the rear”. 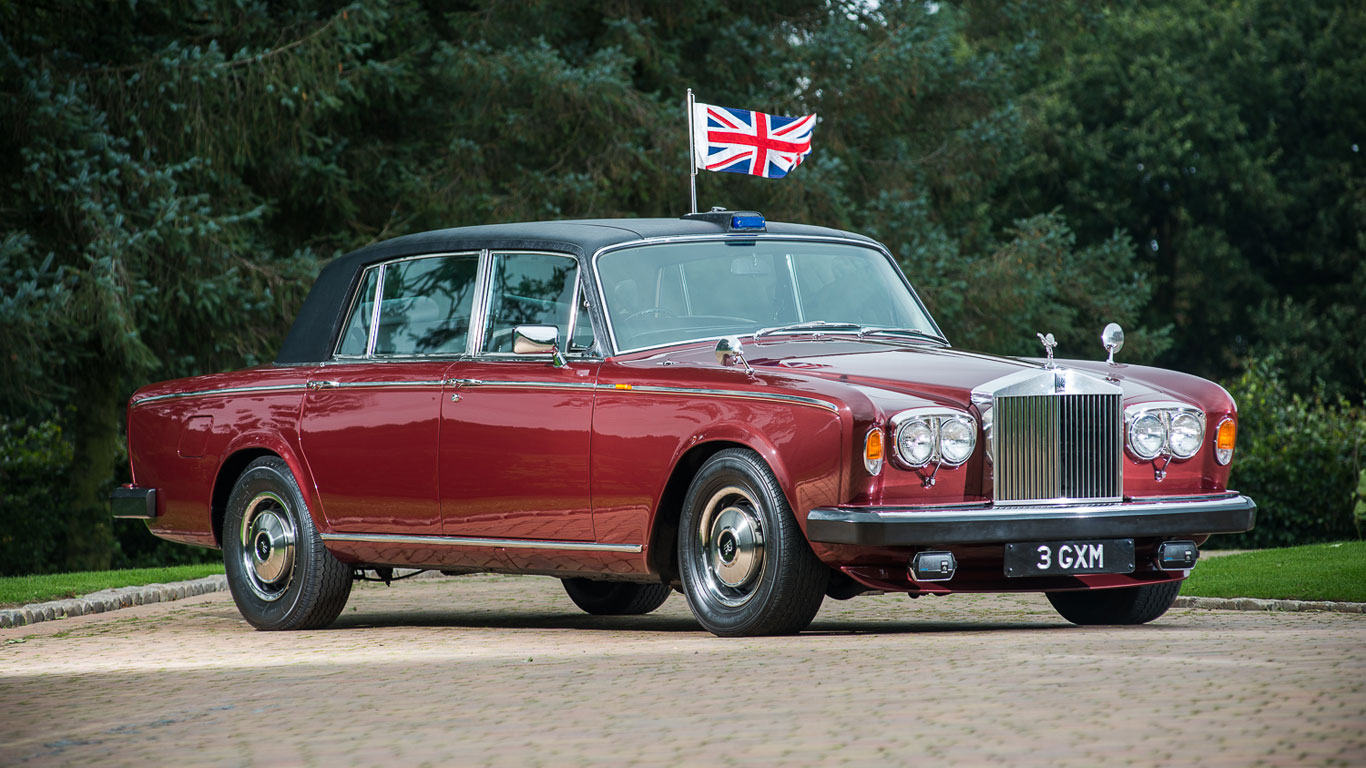 This rather patriotic Rolls-Royce Silver Wraith II was owned by Princess Margaret between 1980 and her death in 2002. The combination of Cardinal Red paint and a black Everflex roof is a strong look, but the Silver Wraith wears it well.

By Princess Margaret’s standards, the interior is rather understated. When Countess of Snowdon died in 2002, the Rolls was inherited by her son, Viscount Linley, who sold it to P&A Wood. A Mr. Allwright bought it and managed to purchase the original 3 GXM registration number from the Home Office. It’s up for auction for between £90,000 and £110,000. 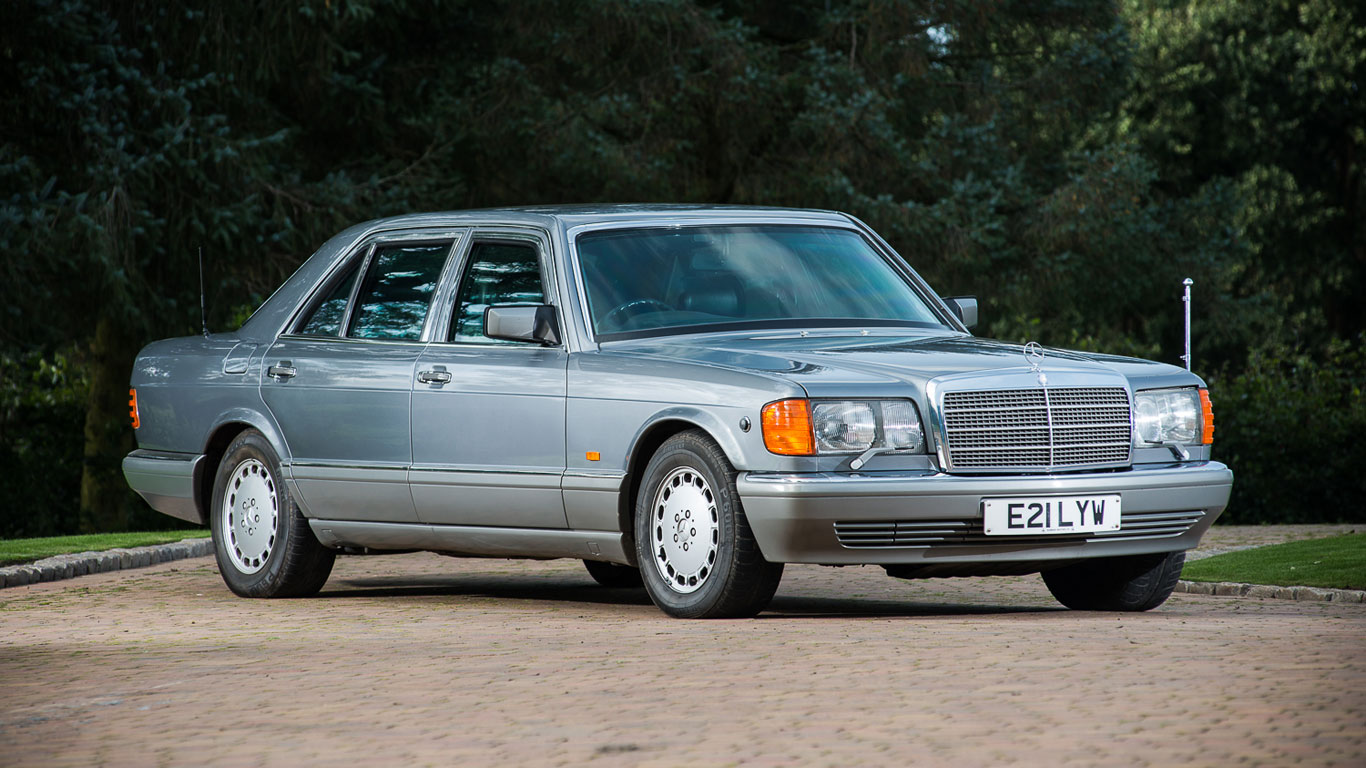 In 1988, it’s estimated that this heavily-armoured Mercedes-Benz 560 SEL would have cost in excess of £200,000, so the pre-auction estimate of £25,000 – £30,000 looks like a steal. It was delivered new to King Hussein and Queen Noor of Jordan and designed to provide “maximum protection”. Along with many options, the big Merc is armoured to B4 level. 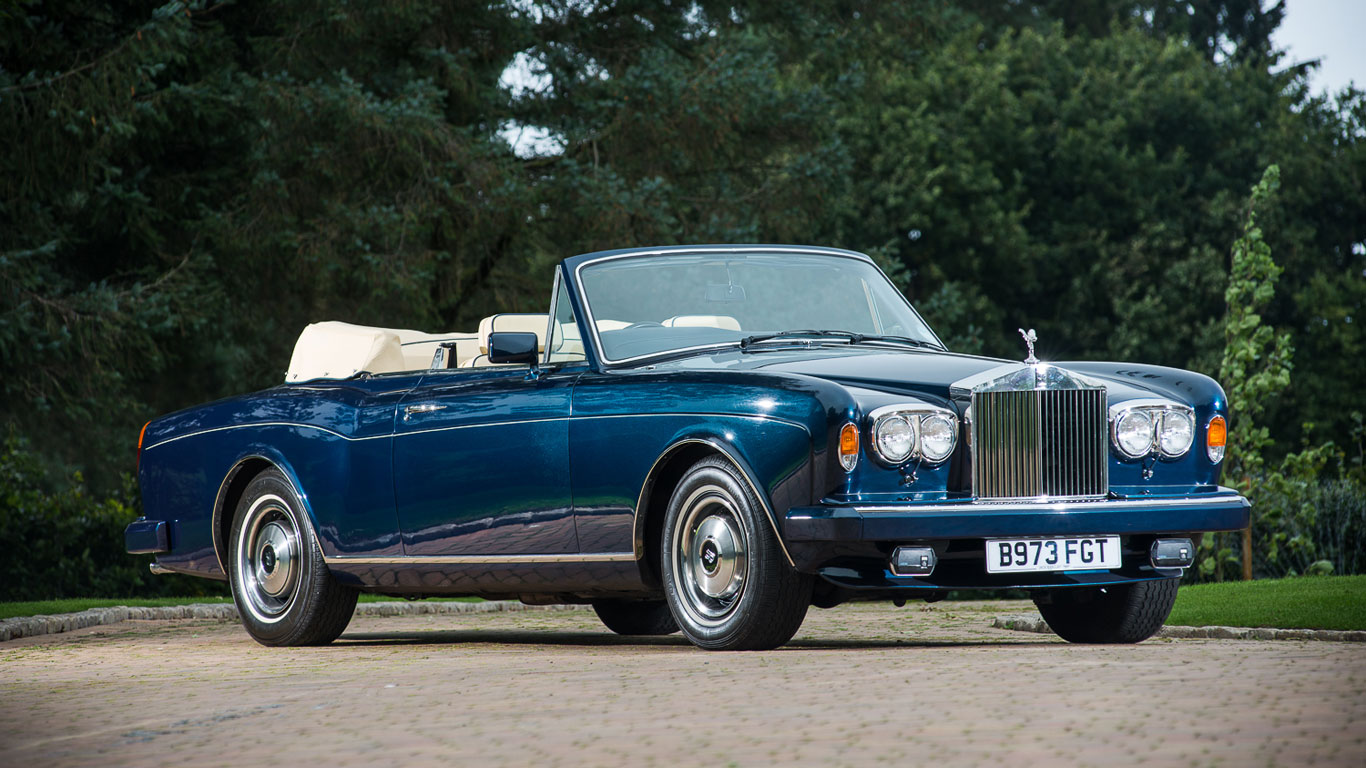 This 1984 Rolls-Royce Corniche Convertible was delivered new to the Embassy of the State of Qatar for use by Emir of Qatar and his family when in London. He is said to have enjoyed the car with “his wives and some of his 15 children”. It’s not entirely clear if they all travelled at the same time. Pre-auction estimate: £100,000 – £120,000. 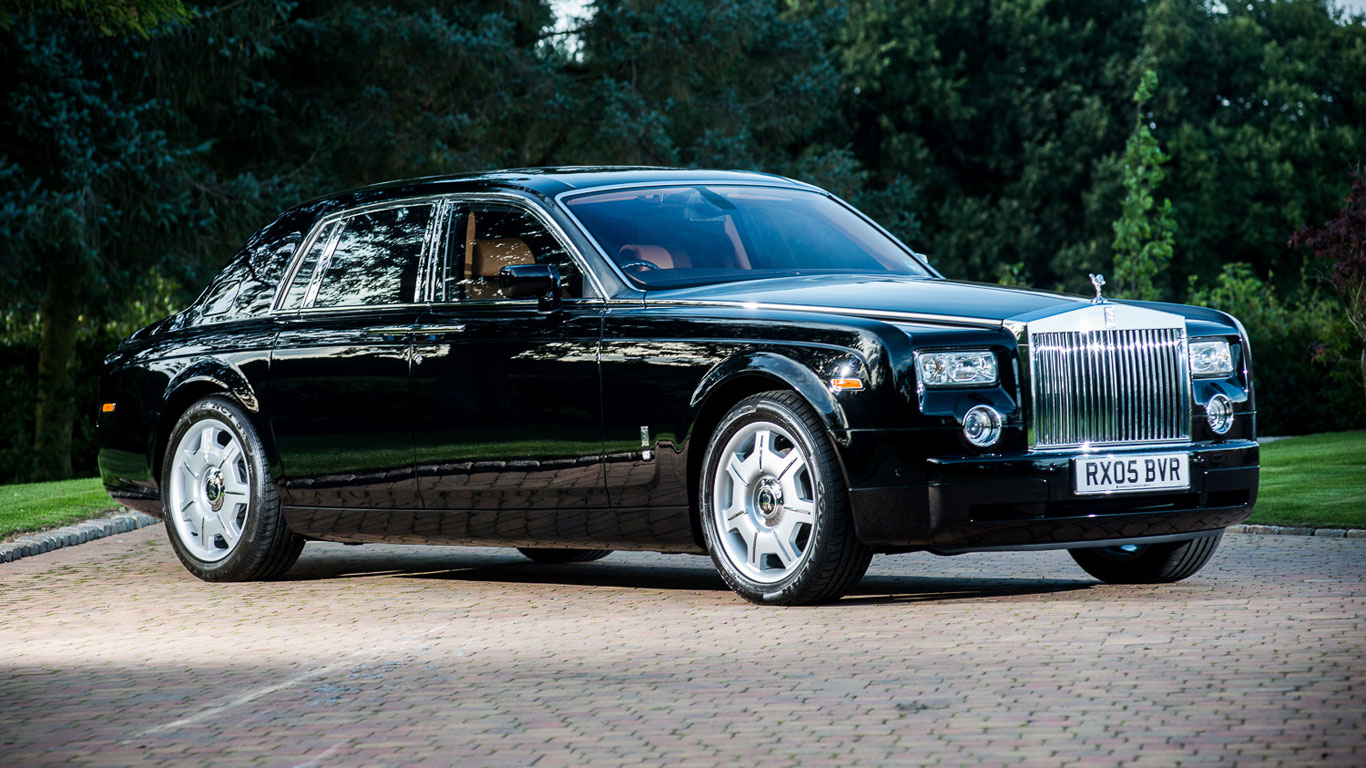 From actual royalty to music royalty: this Rolls-Royce Phantom was formerly owned by Sir Elton John. The ‘Rocket Man’ took delivery of the car in 2005 and was his carriage of choice on the occasion of his civil wedding to David Furnish in Windsor. If you’re feeling the love for this Phantom, you’ll have to sacrifice between £135,000 and £155,000. 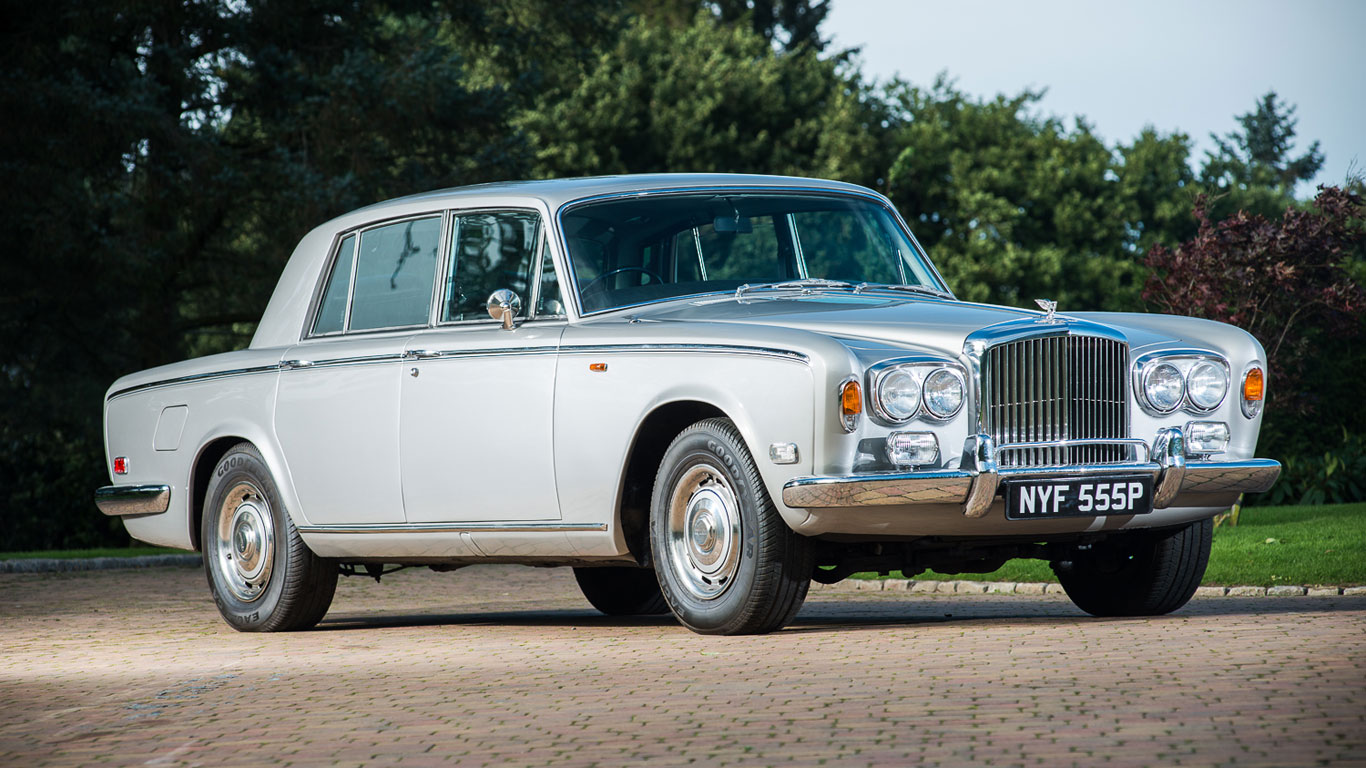 Michael Winner took delivery of this 1976 Bentley in 1984 and owned it until his death in 2013. It was gifted in his will to his chauffeur, who subsequently sold it on. Silverstone Auctions has provided a pre-auction estimate of £40,000 – £50,000. Calm down, dear, it’s just a Bentley. 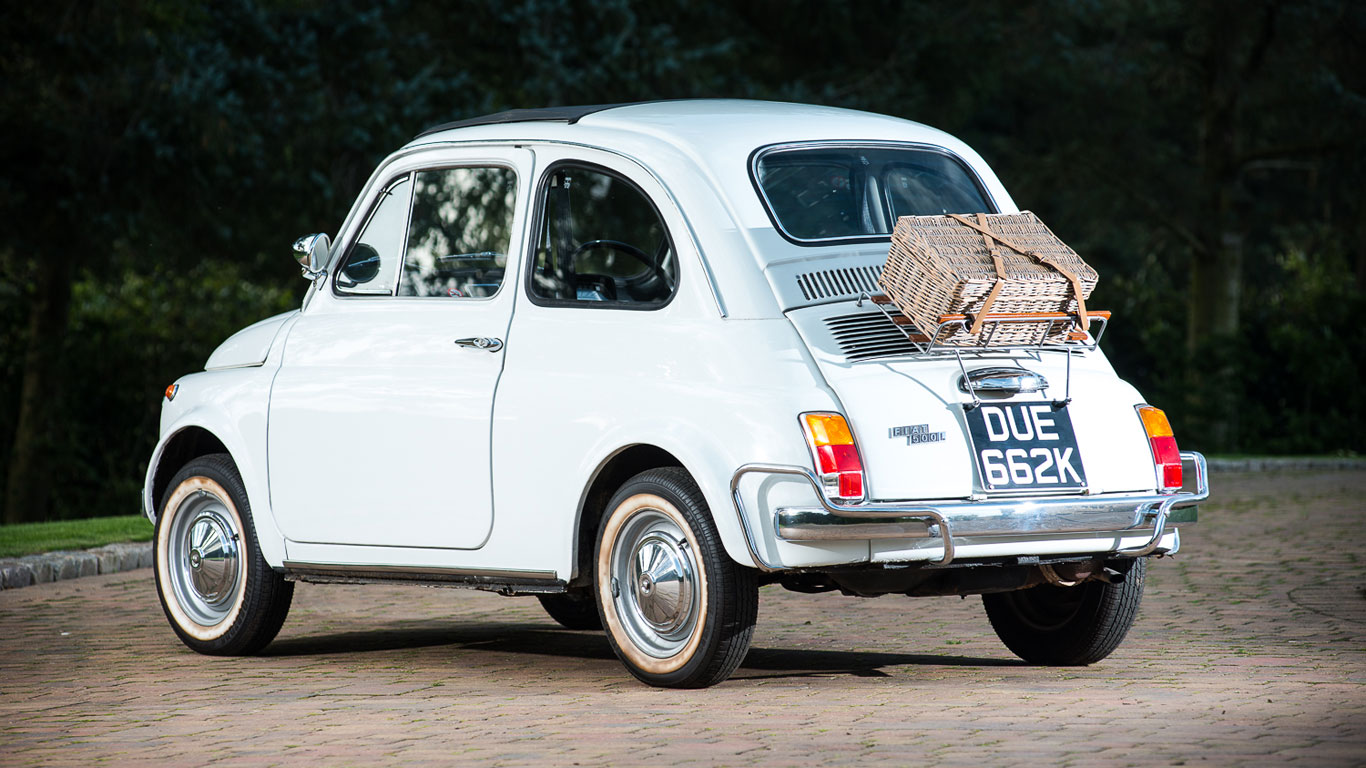 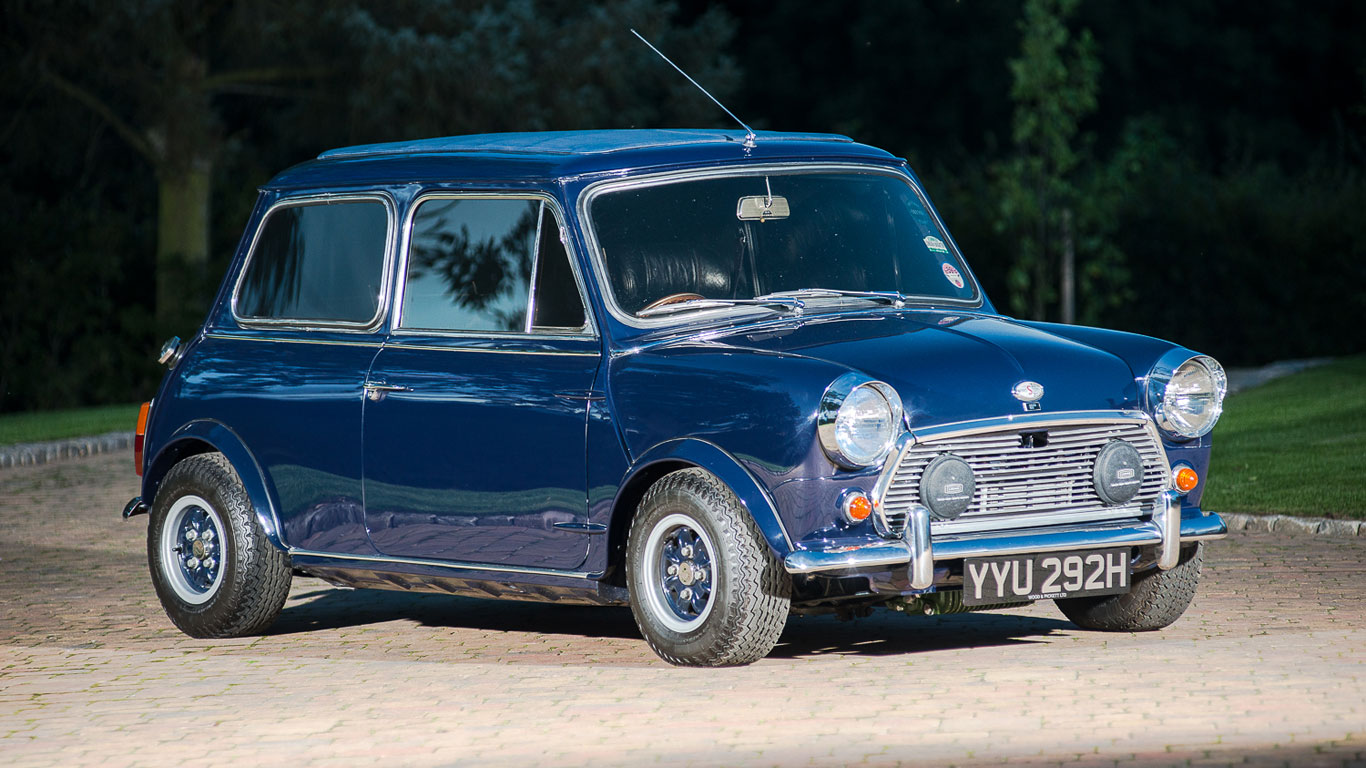 We’d be clutching at straws if we offered any royal or ministerial connections to this Wood & Pickett Mini Cooper S, but it was owned by John Hammell, personal assistant to Sir Paul McCartney. John sold the Mini to Denny Laine of the Moody Blues. It’s a Mini car, with a maxi price: yours for between £45,000 and £55,000. 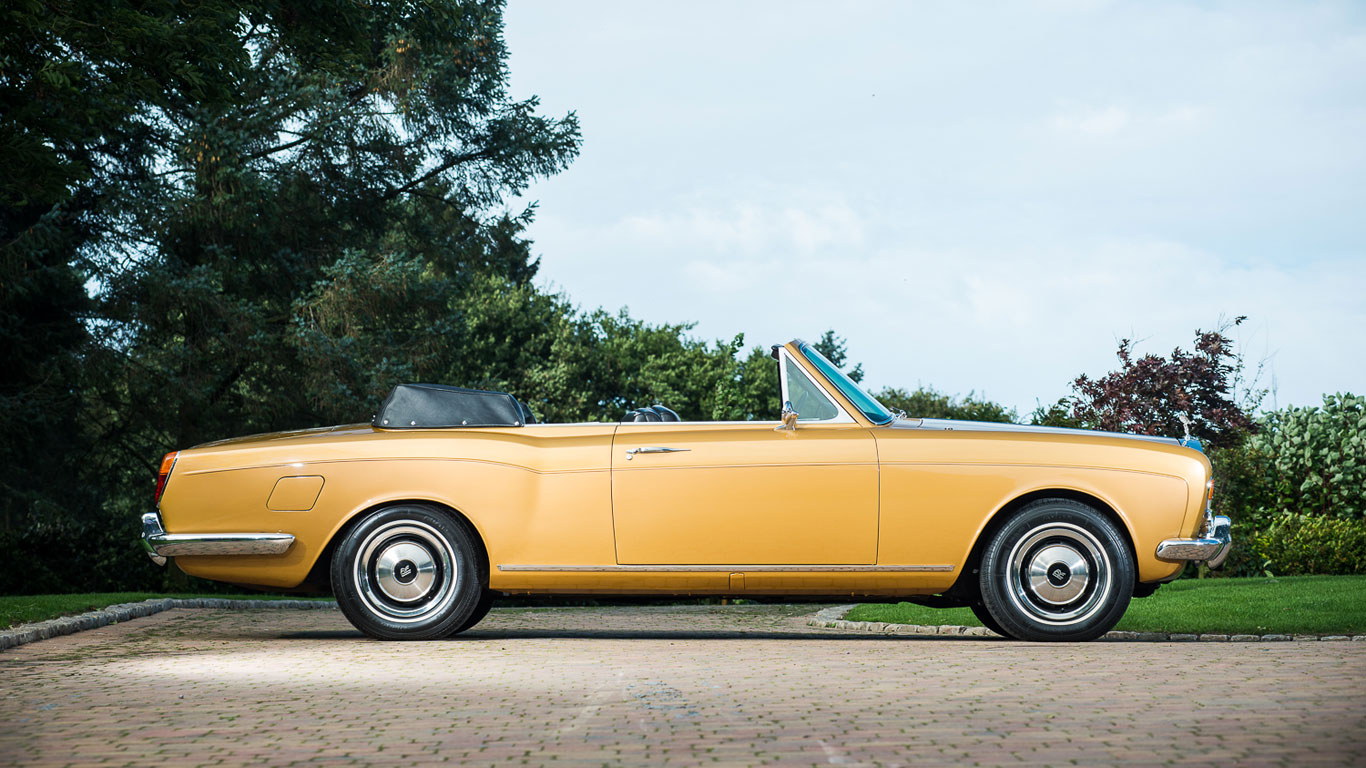 We conclude our Silverstone Auctions preview with this 1973 Rolls-Royce Corniche Convertible. It’s the first time the car has been up for sale and the pre-auction estimate stands at £90,000 – £110,000. Remember, the Classic Motor Show Sale takes place at the NEC on the 12th and 13th November 2016.

The McLaren Senna has been immortalised in Lego as part of the Speed Champions series. Here's what you need to know
Read more

If you watched Salvage Hunters: Classic Cars, you will recognise this Clio Williams. It's the very first example built – and we've driven it.
Read more

We drive the Nissan NP300 Navara - does it stack up as a family car?
Read more