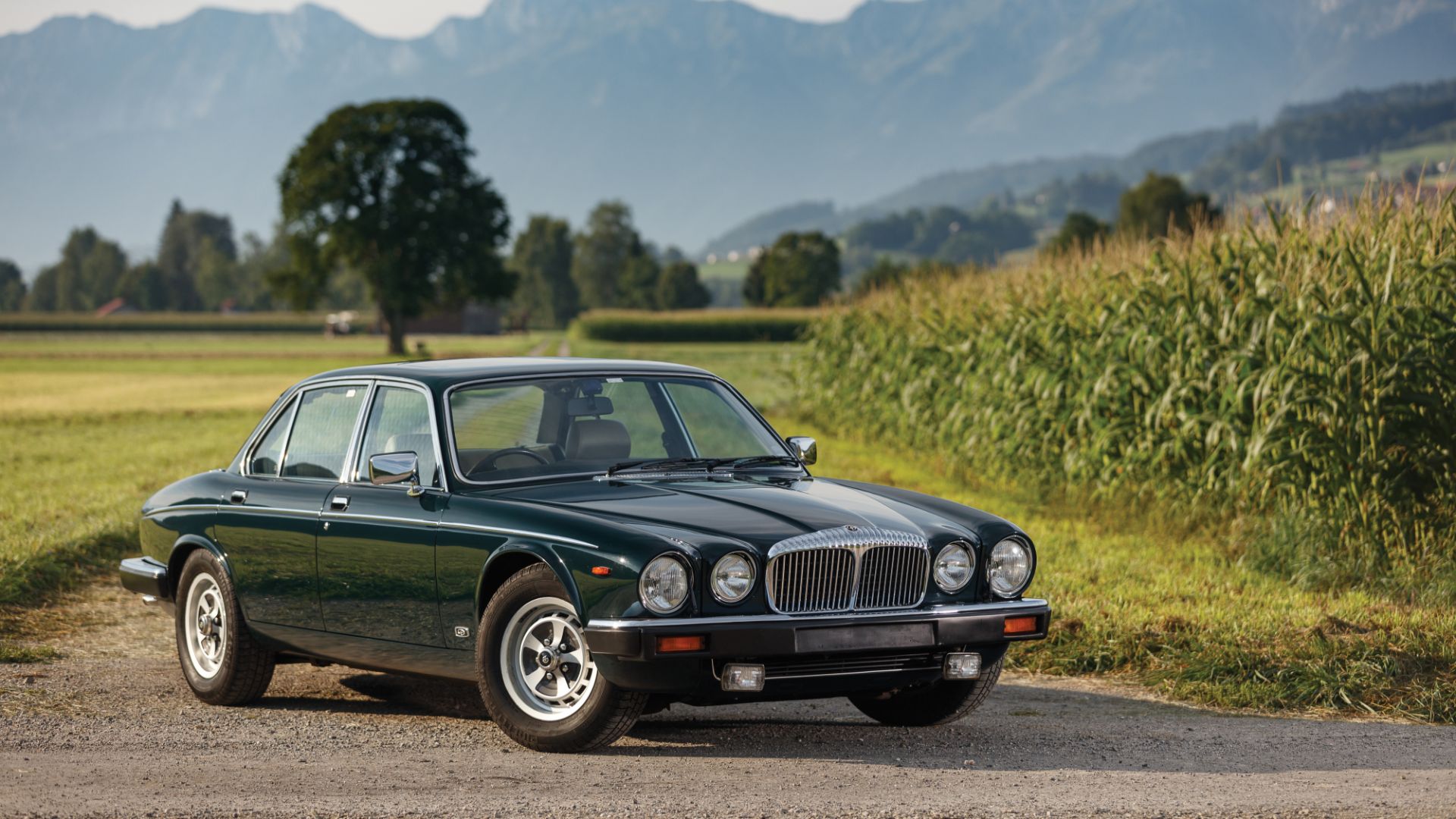 The luxury saloon, a royal custom order, was test-driven for 3,000 miles to ensure it was perfect before the Her Majesty took delivery. 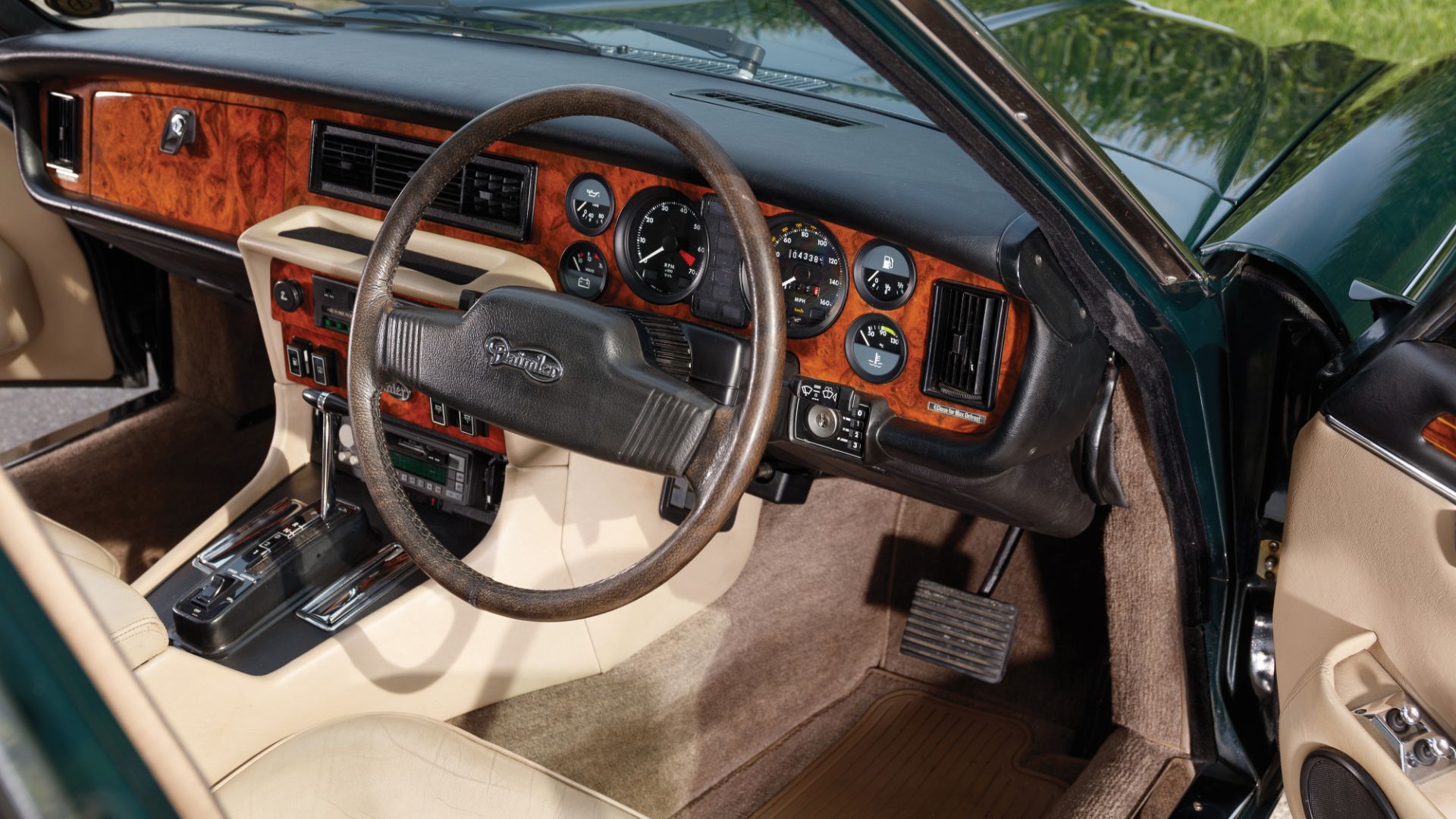 Special features included a bench seat in the back for HRH’s corgis, in place of the standard chairs. A blue convoy light was also carefully hidden near the rear-view mirror, so the car could be easily identified in case of an emergency.

The Double-Six long-wheelbase, which was auctioned by RM Sotheby’s, is finished in a very dark green, with tan leather and wood trim.

During its time at Buckingham Palace, it was regularly driven by the Queen herself. She used it for three years, but it stayed in the household until 1990, when it was sent back to Jaguar. It covered 29,000 miles in royal ownership. 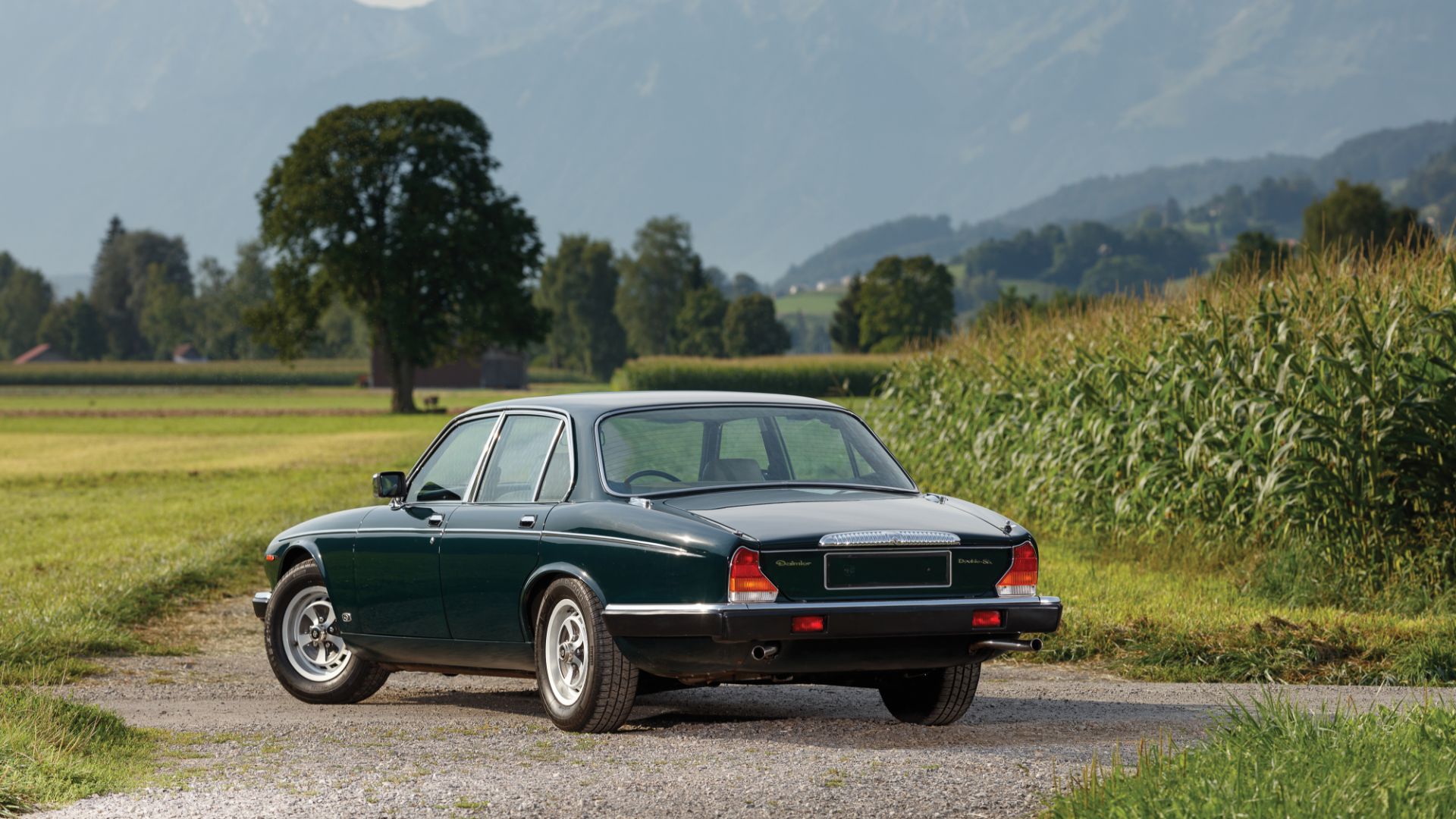 It remained in Jaguar’s custody until 2010, when it was sold to a private owner.

“This Daimler is quite literally fit for a Queen, having known to be regularly driven by Her Majesty herself when the car was new in the 1980s,” said Paul Darvill of RM Sotheby’s.

“To this day, the car remains in perfect condition, having been immaculately maintained by Jaguar at the factory after its royal tenure, up to when it came into the hands of the consignor in 2010 and carefully curated thereafter.”