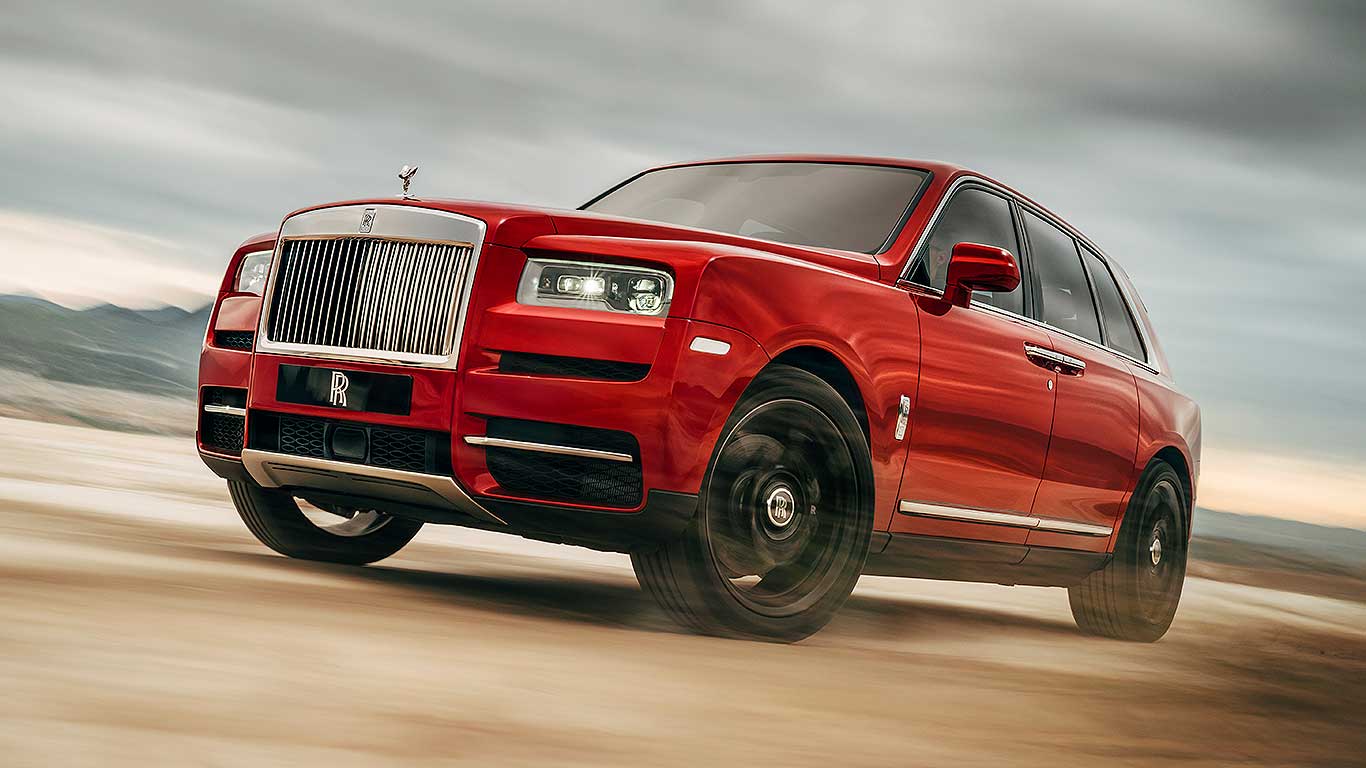 It was Rolls-Royce customers that demanded Rolls-Royce build an SUV. Now, here it is: the Cullinan, a model the firm says is “the most anticipated car of 2018”. It’s certainly set to be one of the most controversial.

And this is exactly what Rolls-Royce intends. “In the face of increasingly bland SUV designs,” it says, the contemporary and functional design of the Cullinan “gains iconic status”. Design chief Giles Taylor accuses other SUVs of being “homogenous and ubiquitous”. Not for Rolls-Royce, which instead has gone for “convention-challenging design”.

Rolls-Royce clients, reckons Taylor, couldn’t find what they wanted in the SUV market. “Our customers are the new pioneers, and for them, it’s about their sense of adventure and daring in how they live their experiences.” The Cullinan is a car that literally goes anywhere, he says, in “ultimate luxury and style – Rolls-Royce style”. Hence a Rolls SUV.

It’s the many limitations of rivals that Rolls-Royce believes it has answered with the Cullinan. And boy, it’s not shy in pointing them out. “The majority of so-called luxury manufacturers,” it sneers, “are limited to sharing platforms with mass brands for their SUVs, and so introducing unacceptable compromise.

“Rolls-Royce is uncompromising in only using its own architecture across all its motor cars, whatever the sector.” Take that, Bentley, and your Audi Q7- and Volkswagen Touareg-derived Bentayga.

Rivals are two-box designs, points out Rolls; the Cullinan is the sector’s first three-box car, whose extended rear partition separates passengers from the grime and clatter of stuff in the boot, and the chill/heat blast when someone opens it. Hence the glass screen that can be fitted behind rear passengers, creating a Cullinan cocoon.

Amusingly, the Goodwood firm boasts about “a completely new feature never seen before on a series production Rolls-Royce – a tailgate”. 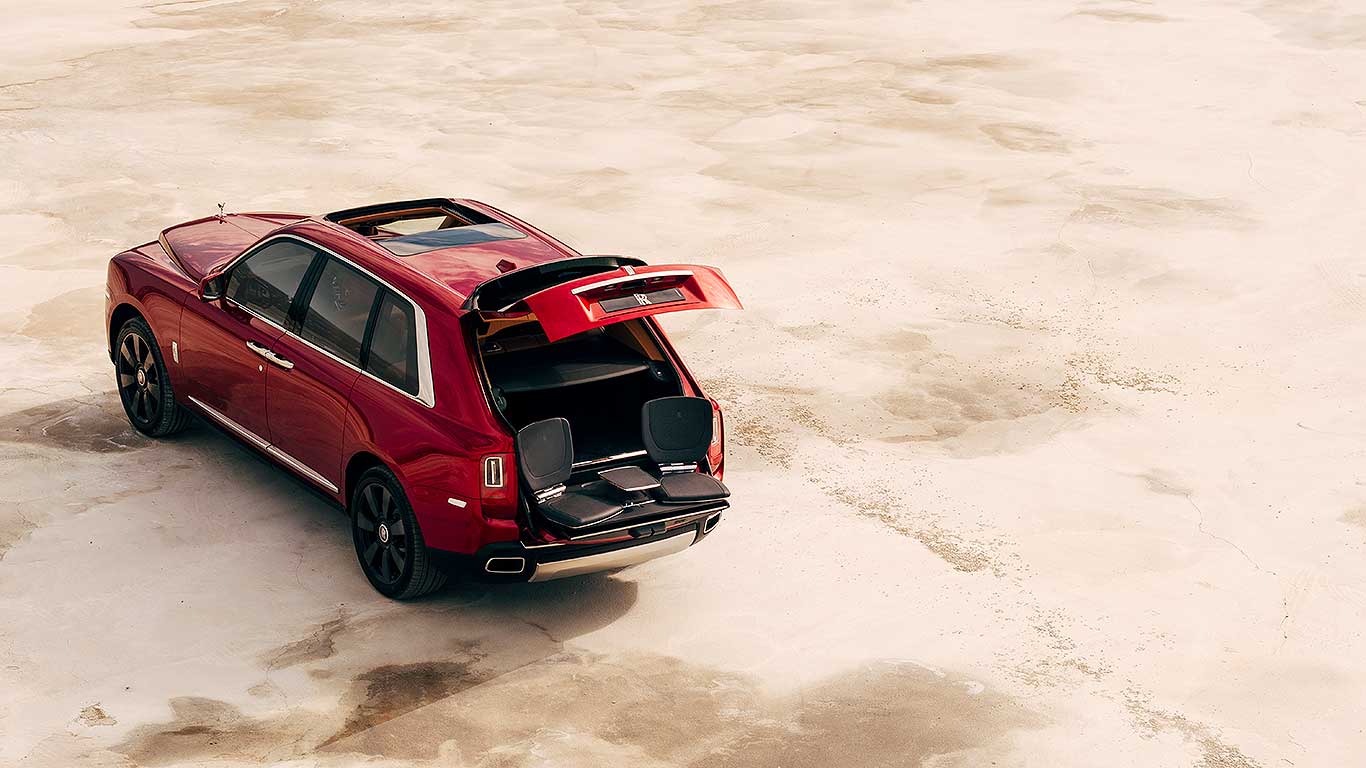 What’s under the gargantuan bonnet? A 6.75-litre V12 twin-turbo, with 563hp and a massive 627lb ft of torque. Such pulling power is not bad for a petrol, particularly as it’s delivered from just 1,600rpm.

It’s the first four-wheel drive Rolls-Royce ever, and with added capability for the air suspension – larger air struts, strengthened drive and prop shafts amongst them – plus a heady 540mm wading depth, it’s off-road ready. Just like original off-road Rolls-Royce pioneer T.E. Lawrence used to do in Arabia.

Rolls-Royce engineering project leader Caroline Krismer picks up the ‘trash-talk the competition’ thread when discussing what lies beneath. “Unlike other car makers, we have not compromised by either retro-engineering an off-road driving system to suit on-road driving or vice versa. We began with a simple principle – to bring the famed Rolls-Royce Magic Carpet Ride to all other terrains possible, while ensuring class-leading on-road behaviour in the SUV sector.” 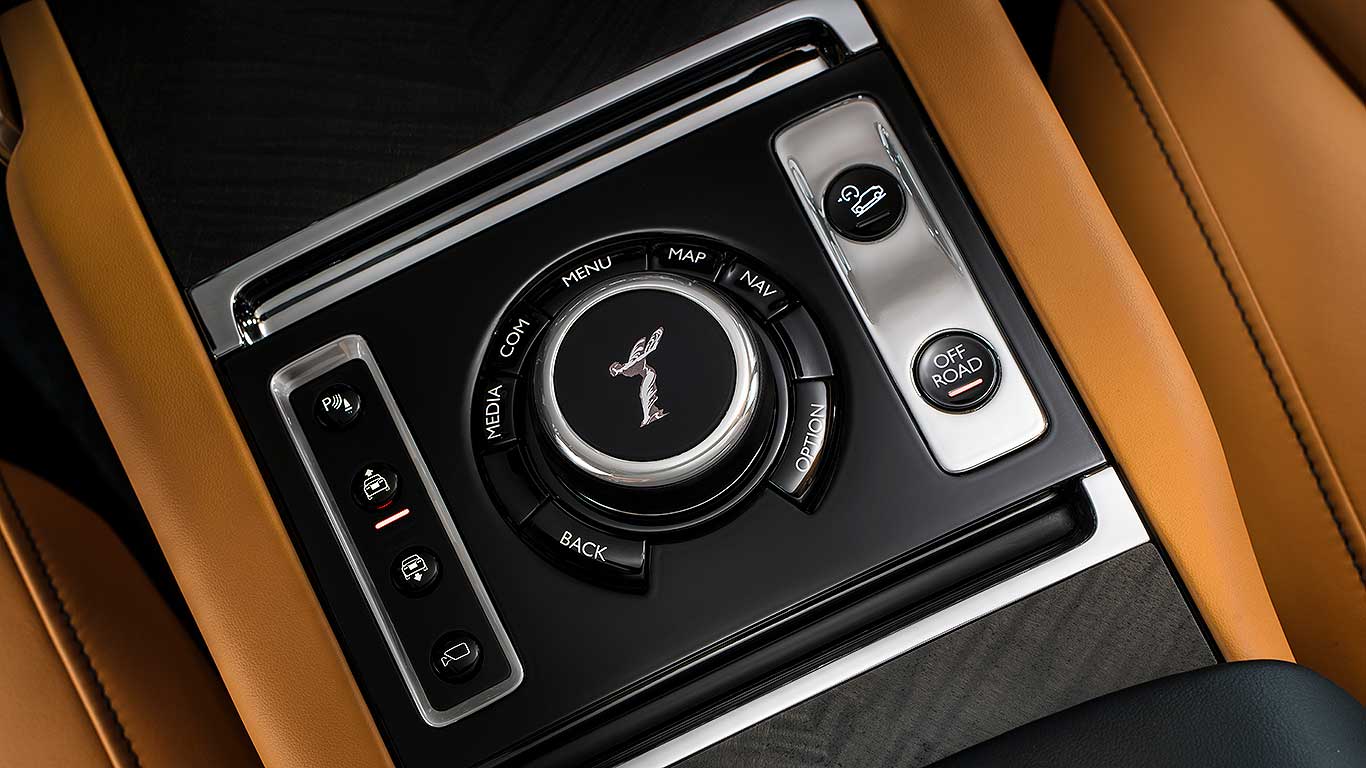 It’s all enhanced by one button on the centre console, which Rolls calls the ‘Everywhere’ button. Pressing it will “unleash the full gamut of Cullinan’s off-road capability”, no less. Throw in all that engine torque and a ‘Flagbearer’ stereo camera that reads the terrain ahead and proactively adjusts the suspension, for something that sounds like it reckons it can teach the Range Rover a thing or two.

Taylor says the design of the Cullinan is defined by its commanding stance, aided by a long wheelbase and ultra-long bonnet. The bonnet is set higher than the wings for a tougher look, and the side glass is extremely deep. He’s also proud of the ‘fast’ roofline at the rear that falls quickly away into the bootlid. Rear passengers sit slightly behind the rear windows, for a sense of privacy, although not as far back as in a Phantom so as not to spoil their view out. They also sit higher than those in the front.

Other, in short, are “blending in and becoming just another car”. Rolls reckons Cullinan’s the counterpoint to that.

There’s little jewellery on the Cullinan, emphasising the bits it does have, such as the finisher on the bootlid and the ‘Saxon spear’ metal panel on the lower doors. Wheels? Why, 22-inches, of course. They couldn’t possibly be any smaller. 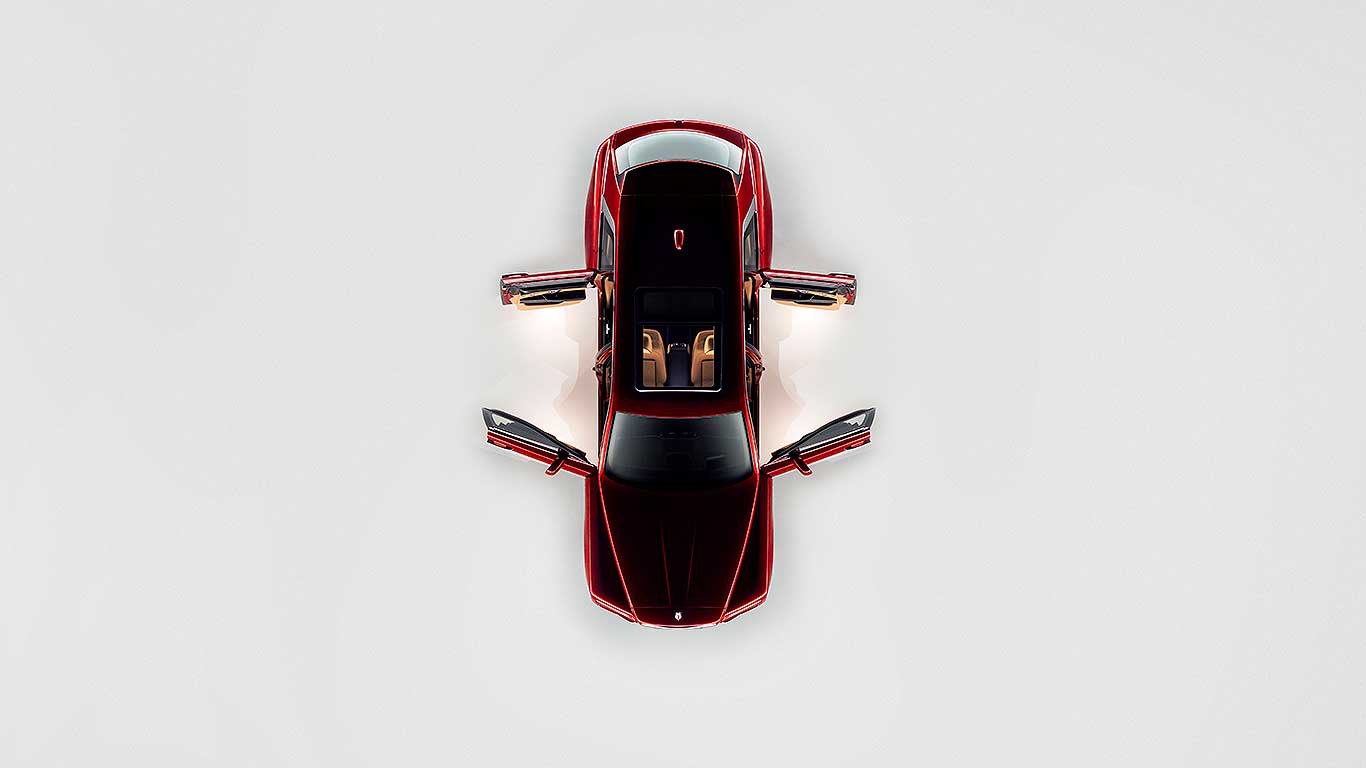 Brilliantly, Rolls-Royce ‘coach’ doors feature, and the Cullinan auto-lowers by 40mm when you open them, to aid entry. The interior design is modern, and rich, and as elegant as other Rolls-Royce; the ambience is more casual and dynamic than the formality of other models.

This is the first Rolls to have split-fold rear seats, extending the boot from 555 litres to 1,930 litres, meaning it’s time for another bit of fighting from the firm: the 2,245mm load length is, it says, longer than “reputed load-luggers such as the Volvo V90 and Mercedes-Benz E-Class or even a Range Rover Vogue Extended Wheelbase”.

We also like the sound of all the heated surfaces in the Cullinan. Yes, heated surfaces: the door armrests, front centre console lid, lower C-pillar, rear side armrests and rear centre armrest are all warmed up when you switch on the heated seats. How’s that for ultimate luxury?

The styling of the Cullinan, we’ll leave up to you (but we will advise waiting until you see it in the metal, in context, before making a final judgement). What’s certain is that this really is a Rolls-Royce like no other, a new entrant in a new sector for it, that’s seen it do things it’s never done before and approach things in an unexplored way.

This is Rolls getting bold and punchy, and we rather like it. Rolls-Royce is going a bit rogue with the roguish Cullinan. Let the fight of the ultra-posh British SUVs commence.