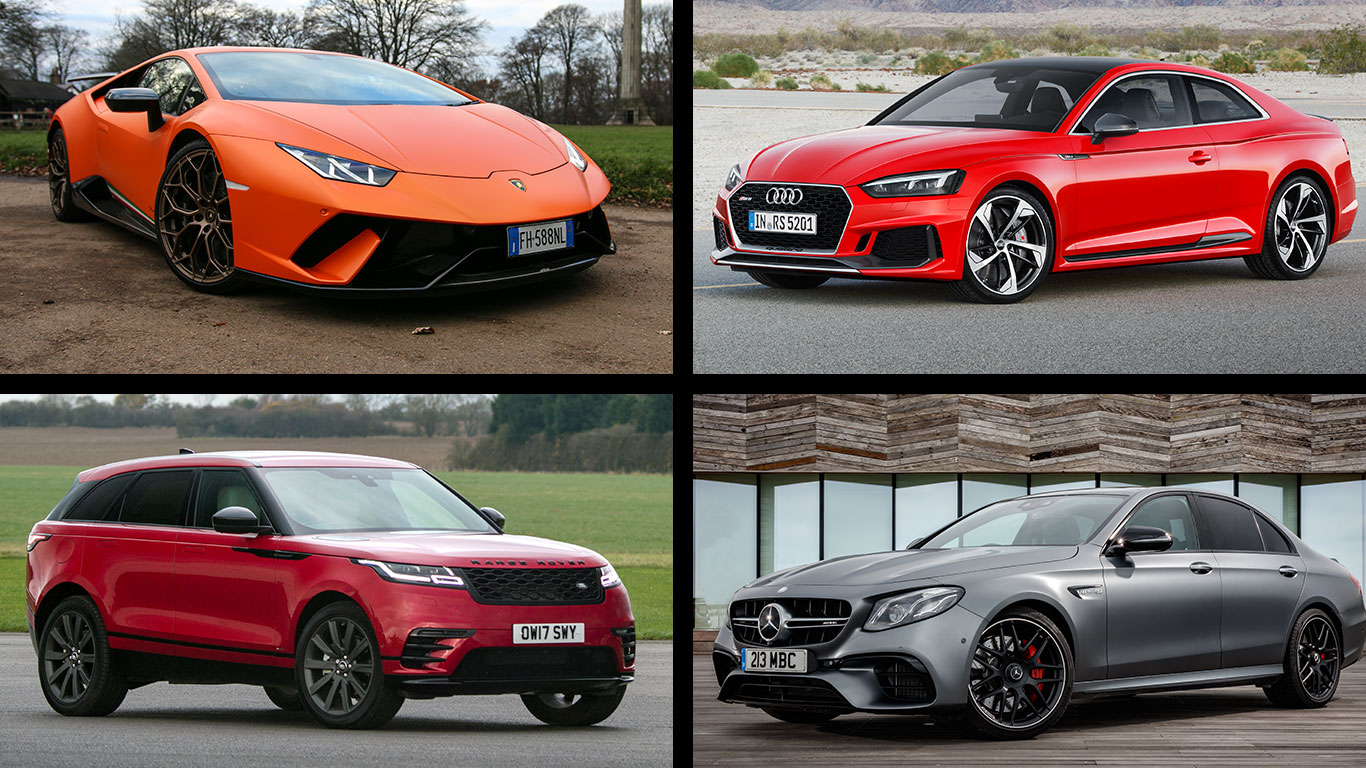 We’ve had some great drives in 2017, and not all in the cars you might expect. For every supercar here, there’s a crossover. We’ve even nominated two pick-ups.

Each member of the Motoring Research team – Andrew Brady (AB), Bradley Lawrence (BL), Gavin Braithwaite-Smith (GBS), Peter Burgess (PB), Richard Aucock (RA) and Tim Pitt (TP) – has picked the vehicles that made us smile. Here are the finalists in full. 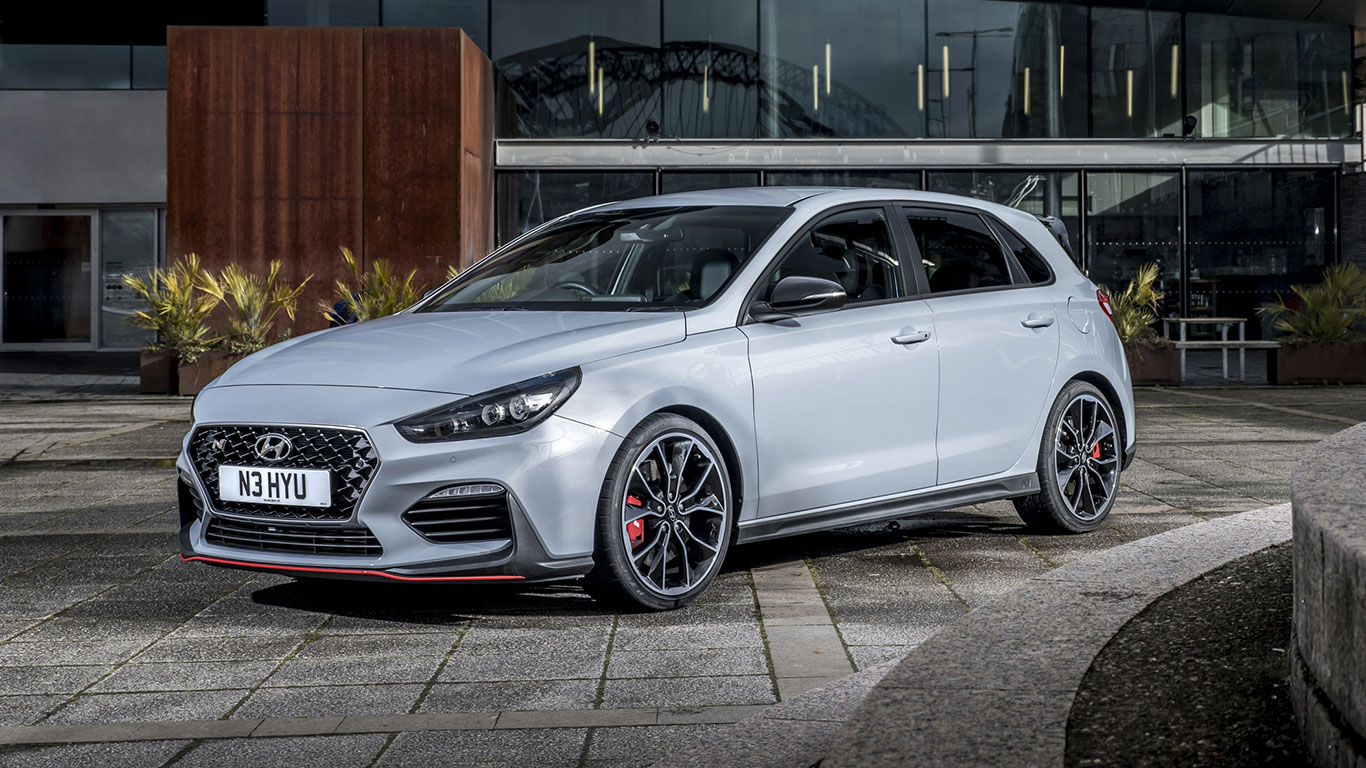 Surely it couldn’t be that good, I mused, as I settled into the i30 N’s chunky bucket seat, surveyed its cabin and chewed on the talents of its arch-rival, the Volkswagen Golf GTI. It isn’t that good. It’s better. Way better. And if you’re surprised, you should have been where I was sitting as I did another long, glorious stretch of Lincolnshire launch-route roads. It’s a good job video guy Bradley wasn’t there, because I was speechless.

It’s my kind of hot hatch to a tee. Loads of feel through the controls, strong and tight front end, bags of bite from the limited-slip diff, meaty gearchange and steering, plus a gem of a chassis fully equipped with bespoke kinematics and clever adaptive dampers. For the money, it’s an extraordinary car that, even now, I just want to drive and drive. The mark of a good hot hatch right there. Hyundai’s nailed it. RA 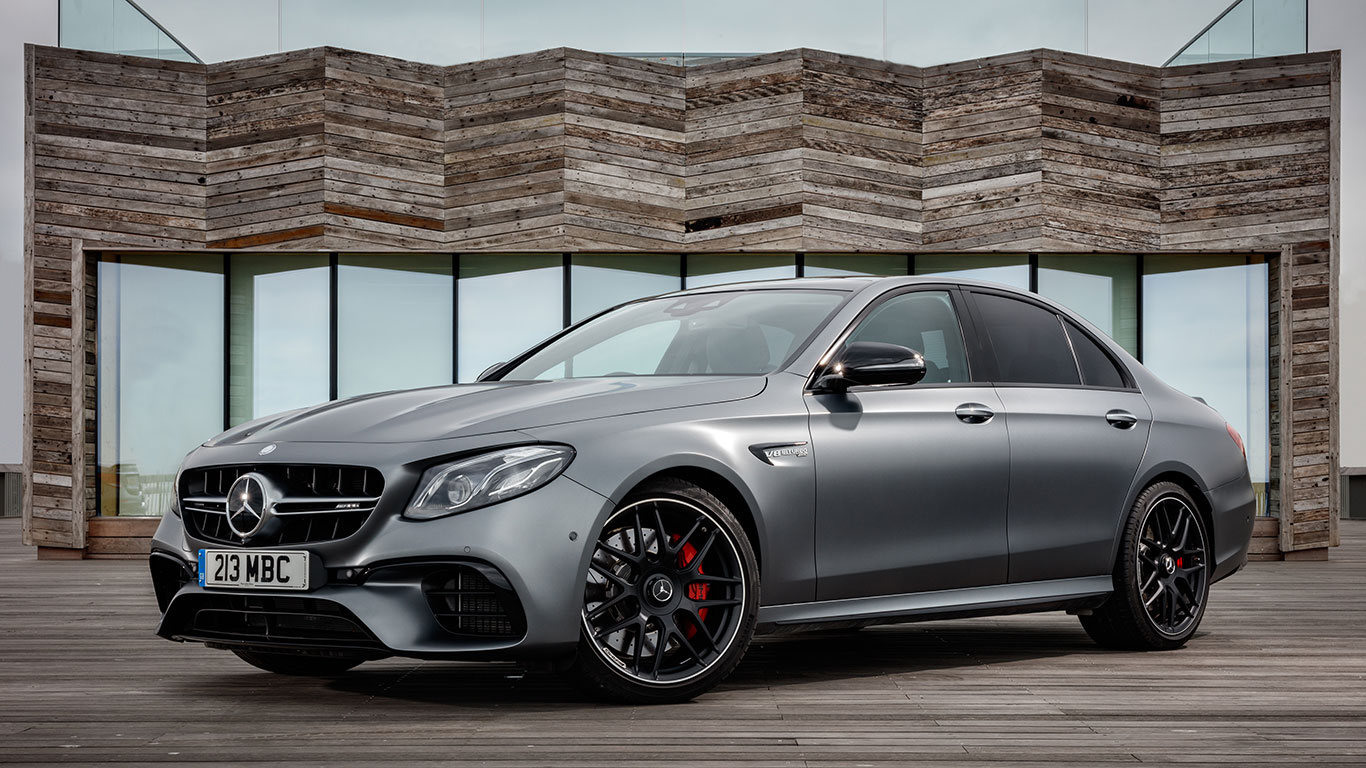 Meet the ultimate Jekyll-and-Hyde car. This upmarket and understated saloon offers supercar-rivalling performance and driving excitement, with a bellowing V8 soundtrack to match.

The ‘only car you’ll ever need’ cliché is a staple of motoring journalism – and applied, more often than not, to the Volkswagen Golf GTI. For me, though, the E63 S best fulfills that brief. From comfortable cruiser to Drift Mode hooligan, it’s got every base covered. TP

While some of the inclusions here are on purely emotive grounds, the Volvo XC40 is probably the most complete all-rounder I’ve driven in 2017. It looks great, while the interior is pleasingly upmarket and full of clever ideas to make the most of its small platform.

The current powertrains on offer in the XC40 are refined, if not exciting, while an upcoming hybrid version could future-proof the car. AB 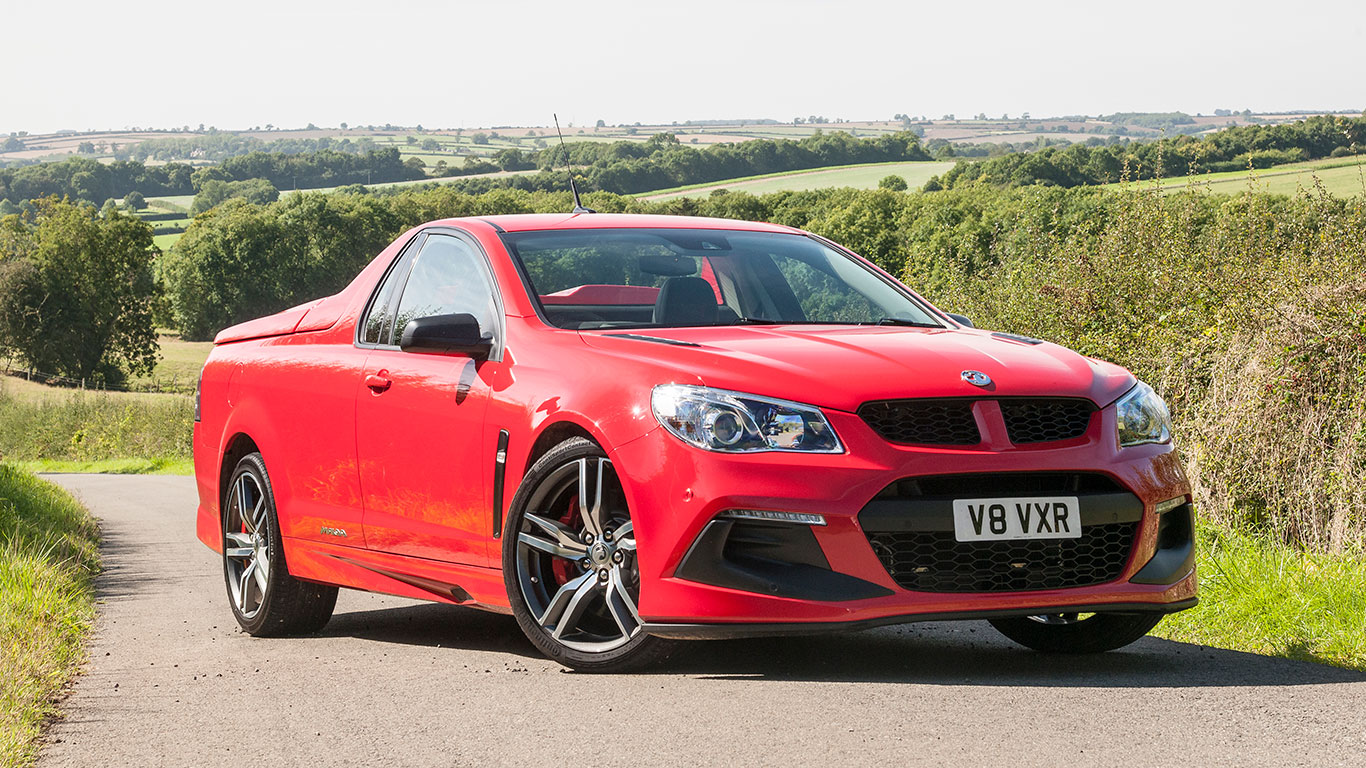 This Aussie-built Maloo isn’t just a truck (sorry, ‘ute’). It’s also the fastest commercial vehicle on sale in the UK. A 544hp 6.2-litre supercharged V8 means 0-62mph in 4.6 seconds if you use launch control. Plus, a popping crackling soundtrack to match.

Going this fast in a truck is both addictive and hilarious. When the supercharger gets into its stride, you simply take off. Also, while it might only have two seats, the option to carry a wardrobe or a couple of sheep in the back only adds to the mighty Maloo’s appeal. BL 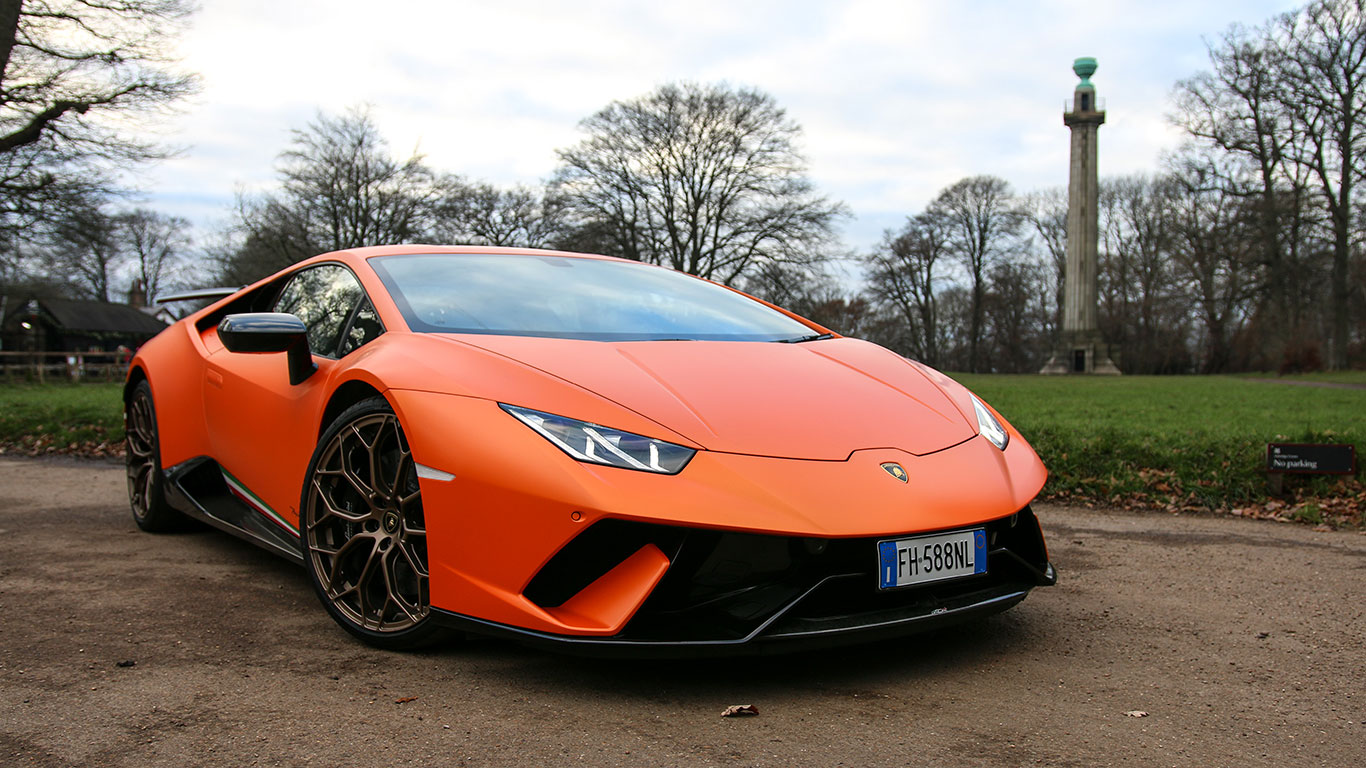 I’m not a Lamborghini kind of person. In fact, I’m not really a supercar type of person. I hate the attention they get, and the majority of the time they’re simply too capable for UK roads. And that’s all true for the 640hp Lamborghini Huracan Performante.

I spent a few days with the Huracan Performante this December and, most of the time, it was all a bit awkward. Van drivers tried to race me and elderly people frowned at me. Most of the time I was in traffic wishing I had a paper bag to cover my face. But then I crept out (as much as you can creep in a car as loud as the Performante) for a late-night drive on some deserted local roads. I won’t say any more, but it’s quite possibly the best car I’ve ever driven. AB 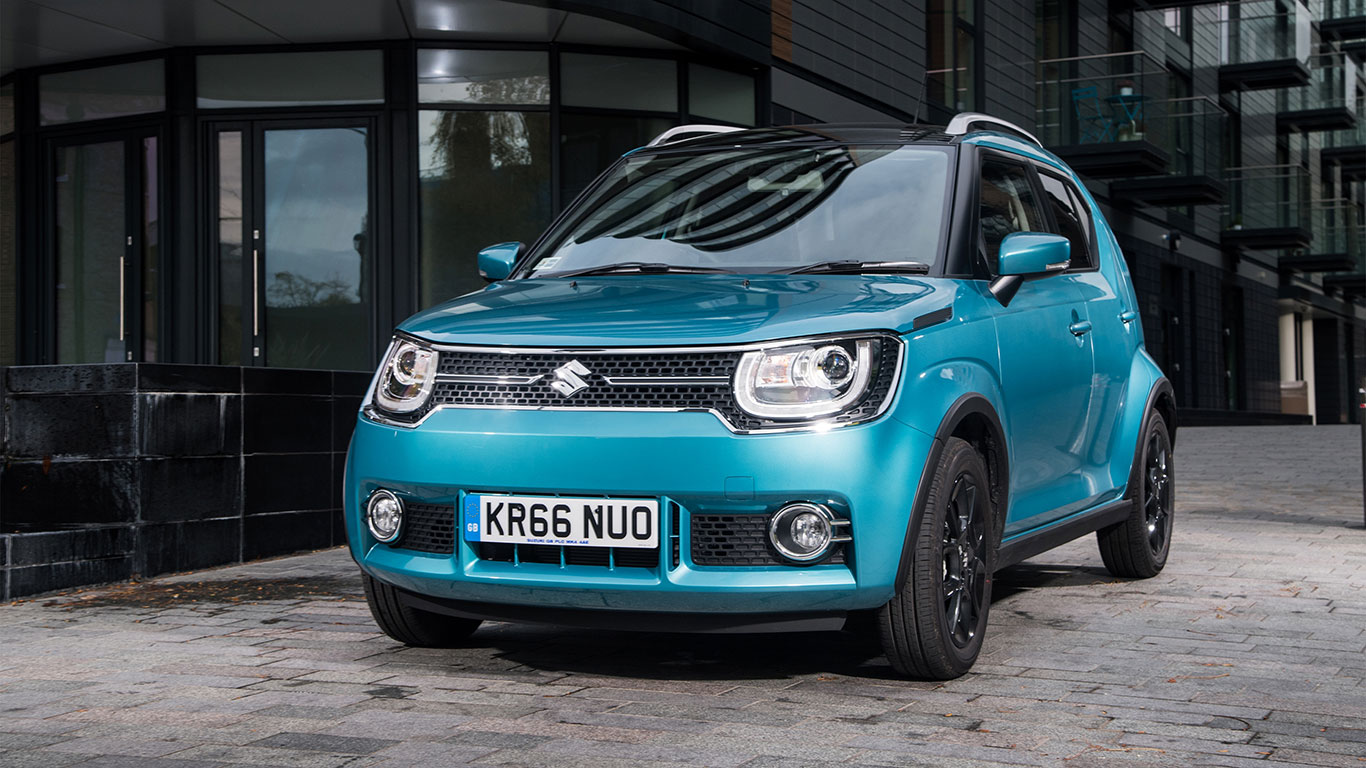 I had a feeling I would like the Suzuki Ignis, and having spent six months running one as a long-termer, I’m delighted to say my hunch was entirely justified. In a world in which carmakers are seemingly obsessed with making their cars feel more European, the Ignis is refreshingly Japanese.

I love the retro-inspired styling, which looks quite unlike anything else on the road, while some neat interior touches help mask the fact that it’s been built to a budget. It’s also good fun to drive, although its lightness and slab-sided design means you should avoid high winds, unless you fancy doing a passable impression of Dorothy from the Wizard of Oz. GBS 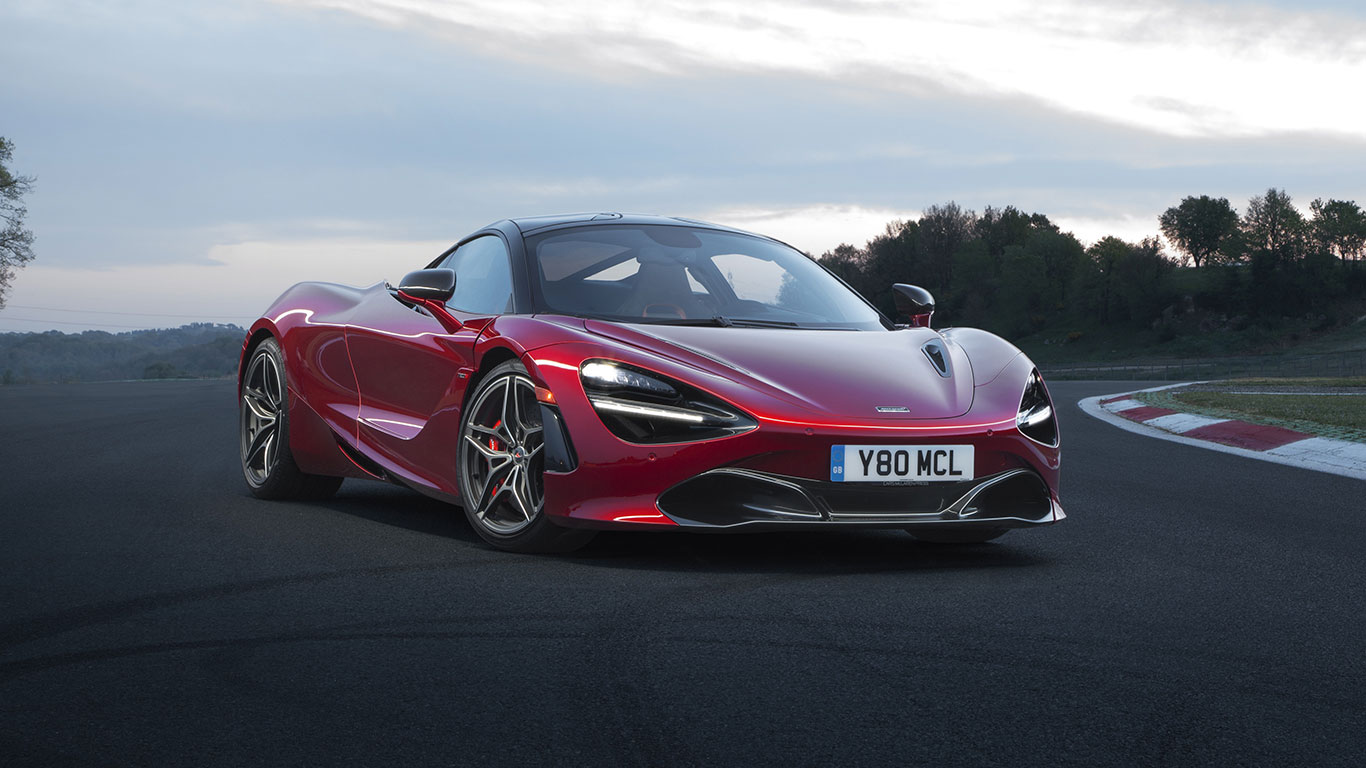 I was tempted to put the Huracan Performante in my top three, but a) Andrew has already chosen it and b) the 720S is a more complete proposition. Probably the most accomplished supercar on sale, in fact. How far McLaren Automotive has come in seven short years…

The 720S is brain-bendingly fast (0-186mph in 21.8 seconds, anyone?), yet doesn’t feel intimidating to drive. Visibility is excellent, all the controls move with weighty precision and the brakes – including an active airbrake – are the best I’ve experienced. Others have criticised the lack of aural drama, but I like the fact it doesn’t sound as OTT as a Huracan. TP 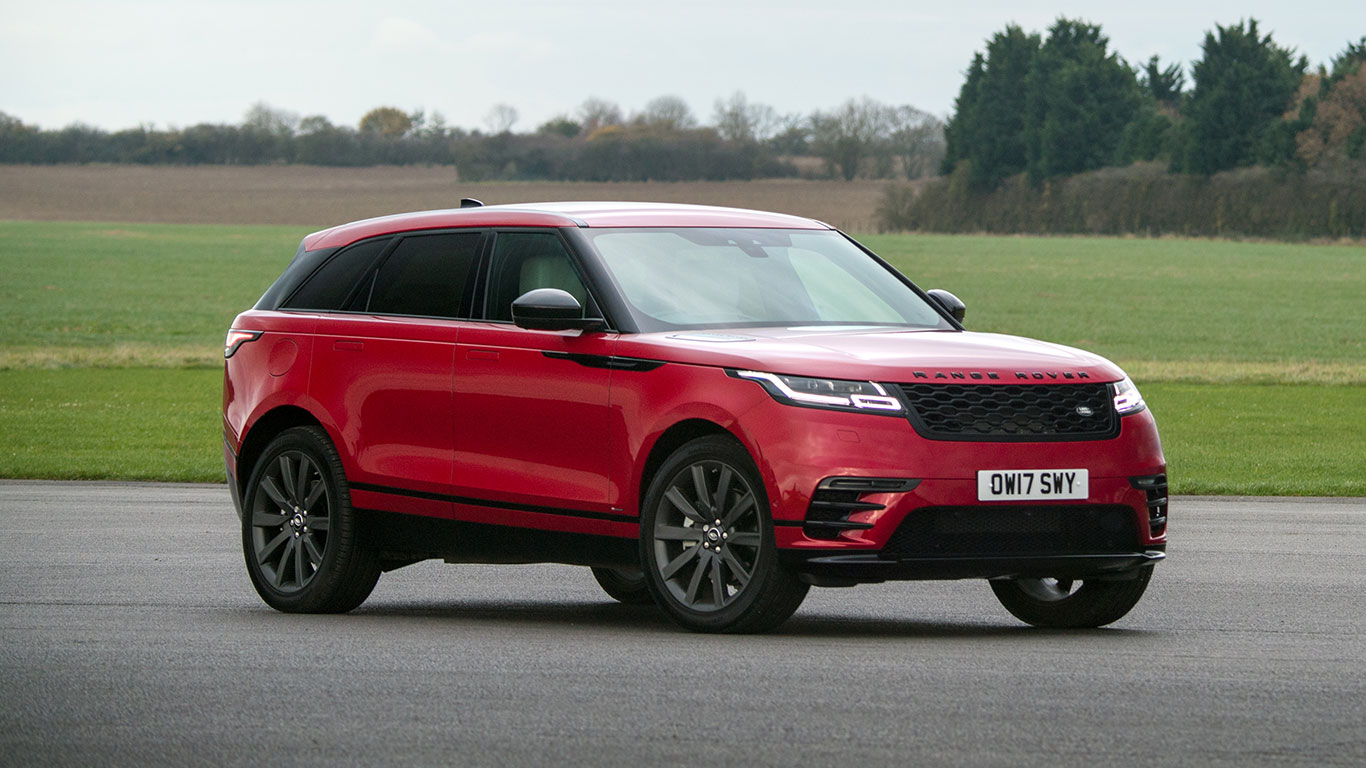 Visually, it’s a concept car for the road, all clean surfaces and modernist appearance. The Range Rover Velar is also a nice drive, particularly in V6 diesel guise. It’s quite the step up in sophistication over a Range Rover Evoque and suitably different in emphasis from the Jaguar F-Pace it shares an architecture with. But it’s the Velar’s remarkable interior that really makes it stand out.

I did the first drive launch in Norway, and was wowed by its tactility, sleek appearance, the amazing dual-screen infotainment system and gorgeous seats. A few months passed, then I drove it again in LA, as part of assessments for the 2018 World Car Awards. The same flood of well-being came back to me. This is an incredibly feel-good car to spend time in. I loved each and every drive of it in 2017: the entire package is really rather special. RA 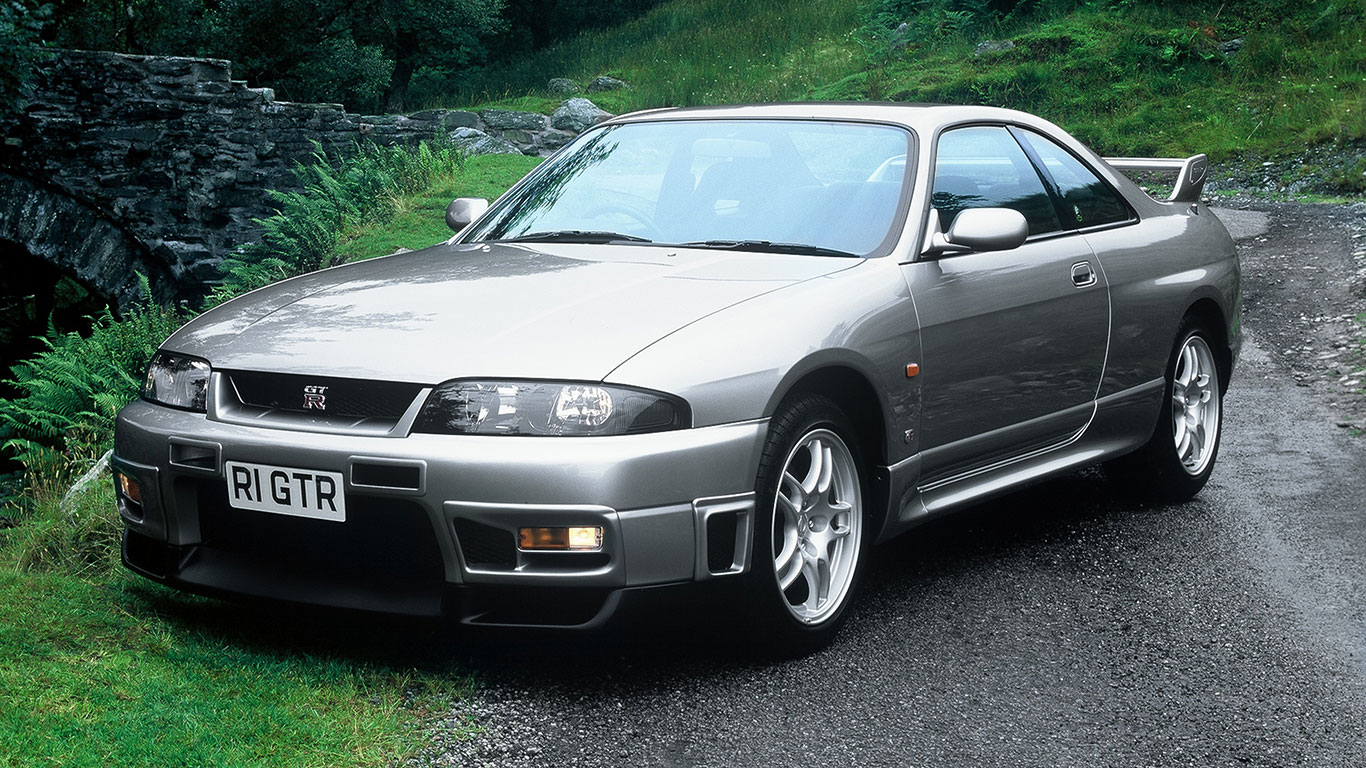 Few things in 2017 could beat throwing a classic JDM car around a wet skid pan. The venue was Rockingham Motor Speedway and my chariot of choice was an R33 Nissan Skyline GT-R. After a bit of practise, I managed a full lap of the course without spinning out.

The well-used R33 had more than enough torque to break traction, helped by a welded diff and a competition drift clutch – the latter was effectively either on or off. It was a lot of fun, and not as difficult as I’d expected. BL 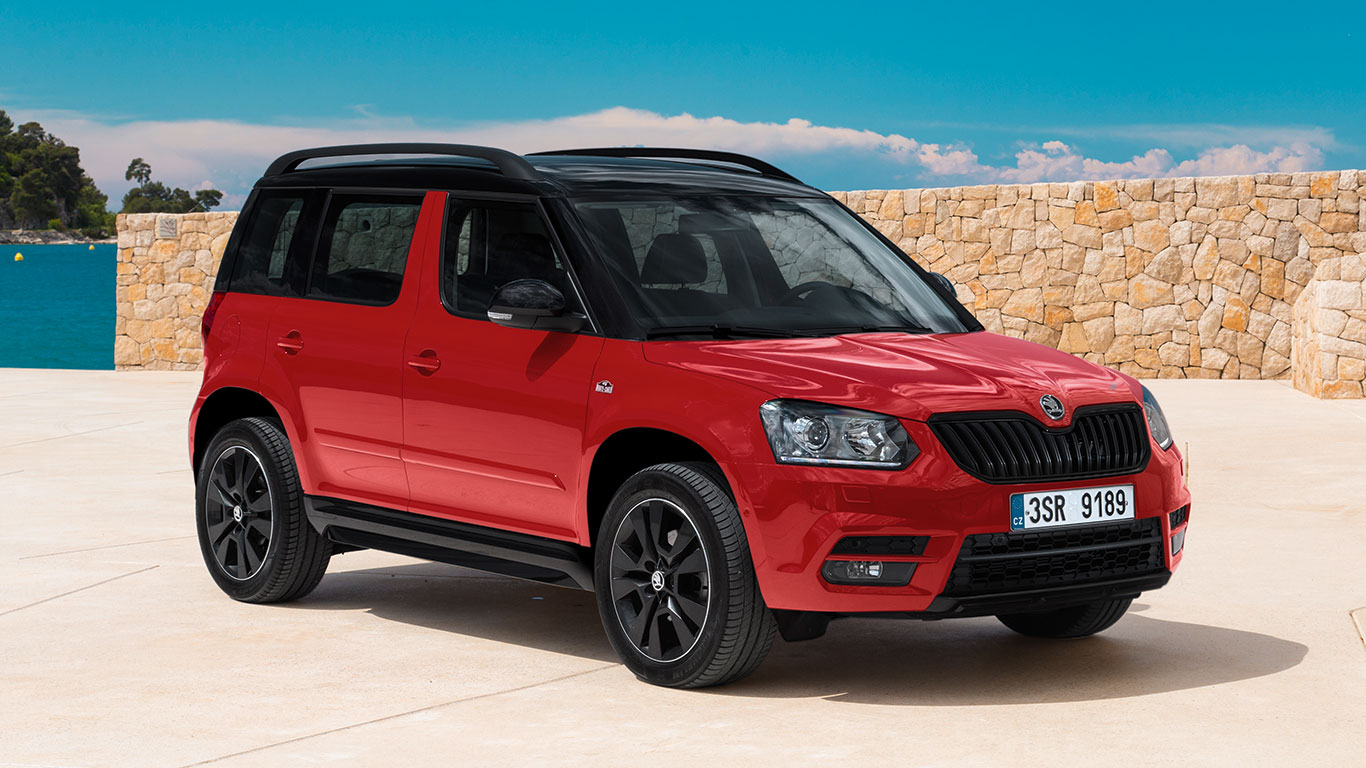 Gone, but not forgotten. I had the pleasure of taking the dearly departed Skoda Yeti on a road trip to Northern Ireland, where I found that it remained relevant, some eight years after it was unveiled at the Geneva Motor Show. I was grinning from ear-to-ear as I made my way to the ferry along some of the finest roads in Wales.

The Yeti’s passing marks the demise of one of the last true characters in an increasingly bland and depressingly dull segment. I’m sure its replacement – I’ve forgotten its name – is a better car, but it’ll never recapture the magic of the Yeti. GBS 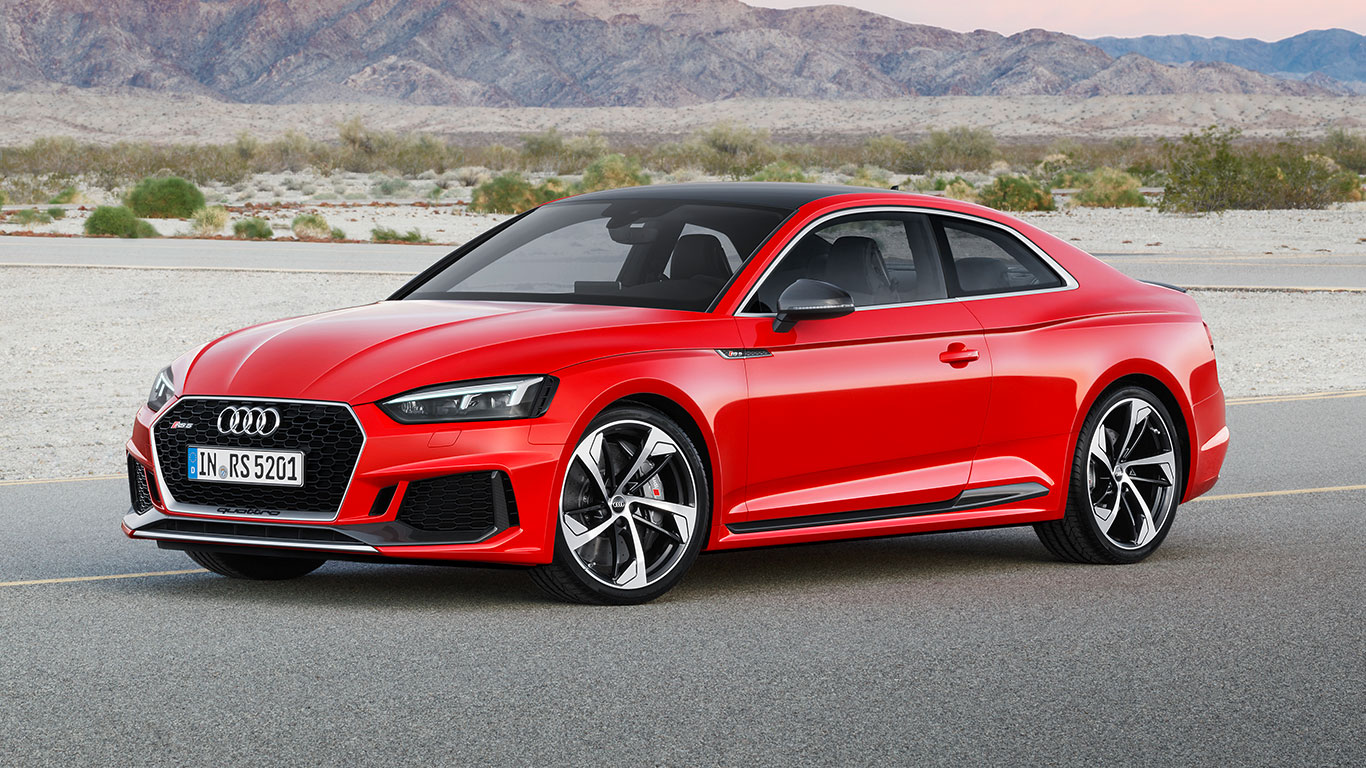 I really didn’t like the old V8 RS5. There, I said it. Too highly strung, it had no torque, no subtlety and no ride quality. Others loved it far more than me. I remember how often I was photographed in it almost as much as I remember how cold it left me. So, with the usual trepidation with which you approach an Audi RS (is there a performance brand more divisive?), I picked up the keys to the new V6 turbo RS5 at Goodwood for a week’s extended test drive.

What a transformation. This is ‘good’ Audi RS. The new 5 is sophisticated, has a chassis with depth, feels precise and is cleverly effortless to drive viciously quickly. It oozes quality, with head-turning looks that perfectly distil the charmingly technocratic appeal of Audi RS. Some don’t like it because it’s not a thumping V8. I love it precisely because of this. RA

Heard the one about the £60k RS Turbo, or the £91k Escort Cosworth? Retro Ford prices are bonkers, but there’s a future classic Ford that’s still very affordable: the Fiesta ST. The car pictured here was discontinued earlier in 2017 and its replacement – complete with a ‘downsized’ three-cylinder engine – is due soon. It’ll need to be off-the-scale brilliant to top this little firecracker.

Indeed, any debate about affordable fun cars since 2013 has inevitably been settled with the words ‘Fiesta ST’. This 182hp pocket rocket channels the spirit of the Peugeot 205 GTI, while rejecting its fondness for snap-oversteer. Its engine is eager, its steering sublime. And on the right road, only a select few sports cars are more fun. TP 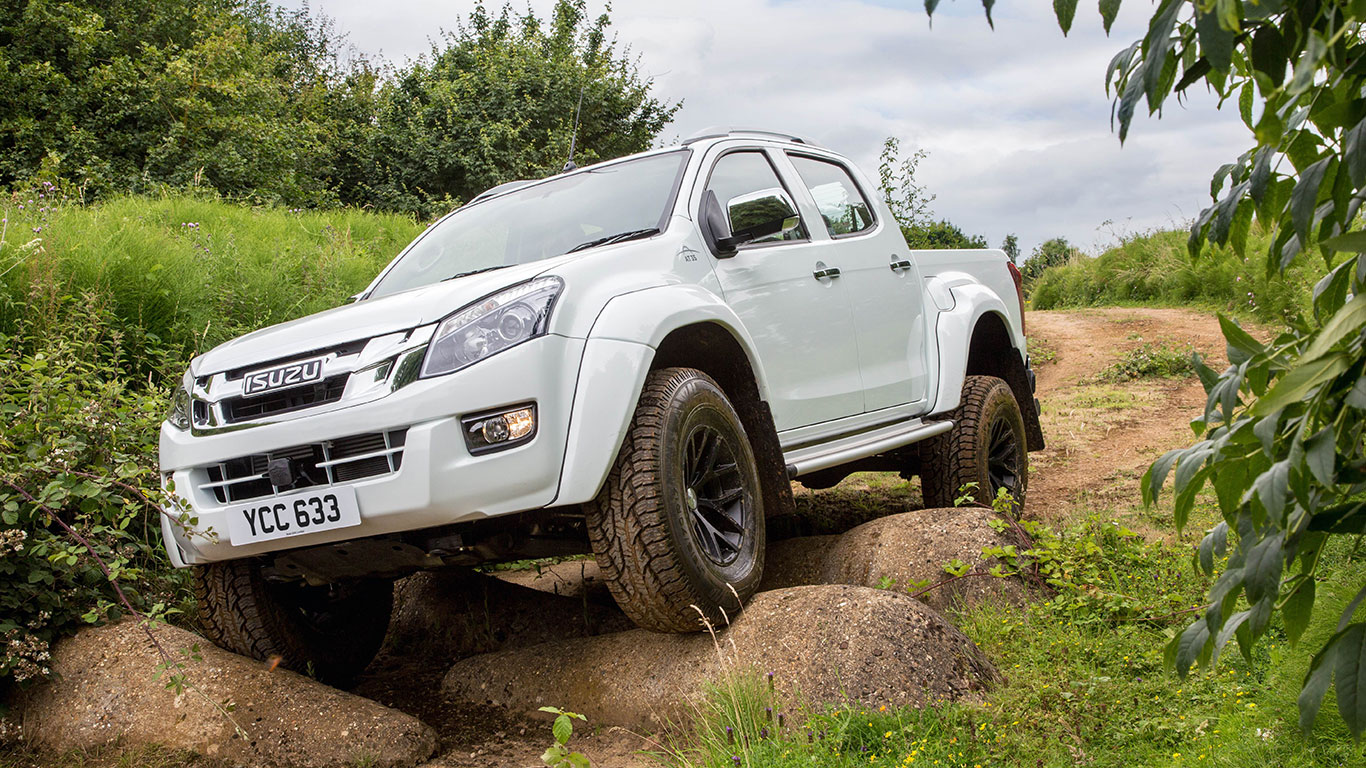 A massive truck with 35-inch off-road tyres and flared wheel arches… Yes, the 10-year-old in me had a fantastic time spending a week with the Arctic Trucks D-Max.

From splashing through fords on my commute to surprising cyclists on a green lane, the D-Max could do it all. Objectively it’s not the best thing I’ve driven this year – far from it – but I loved it. AB

Another track day at Rockingham, this time behind the wheel of McLaren’s awesome 570S. A very knowledgeable racing instructor helped me push this 204mph supercar – and my driving ability – to the the limit.

I managed to reach a top of speed of 95mph down the main straight, before firmly stamping on the brake to throw the McLaren into the next bend. The best thing about this car is the noise; the roar of a 3.8-litre twin-turbo V8 just behind your head stays with you for hours afterwards. BL 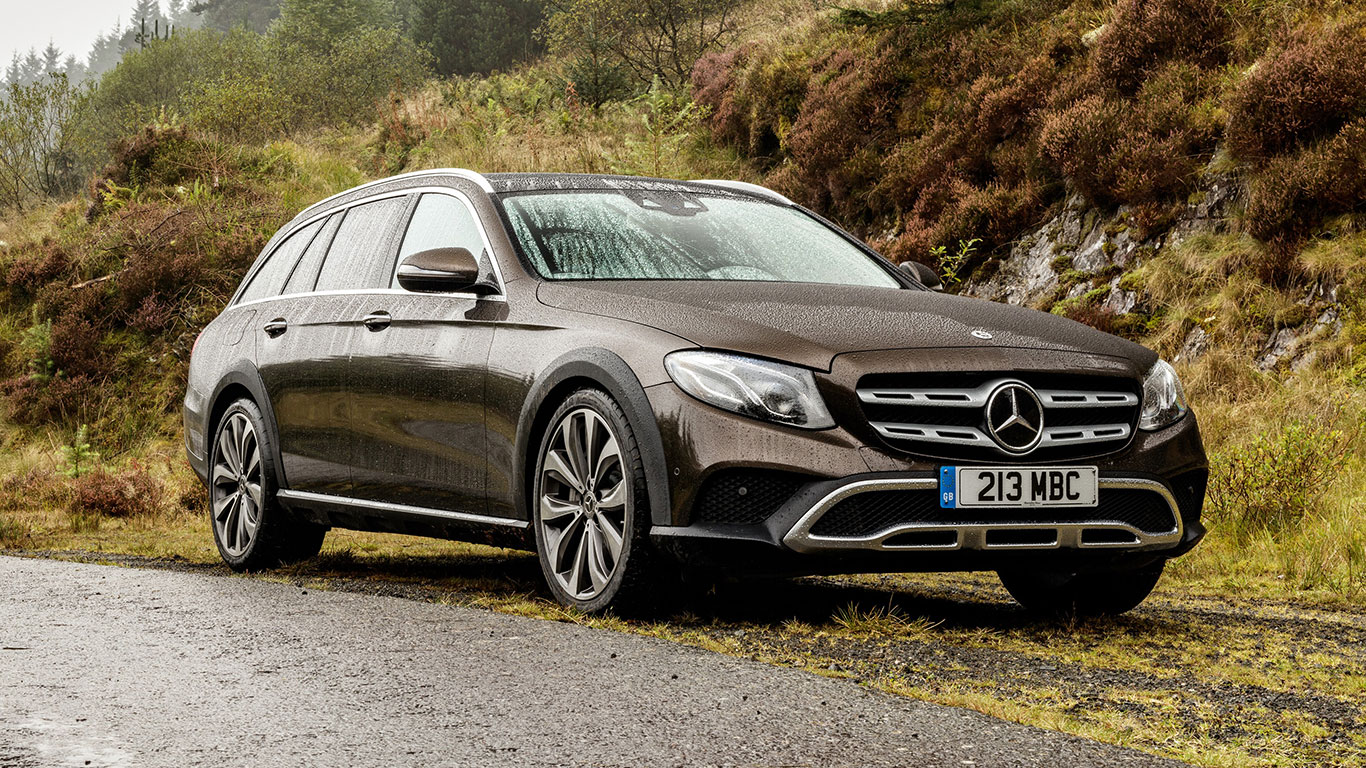 This is my kinda car. I’ve been a fan of premium off-road estates since the days of the original Volvo V70 XC and the Audi Allroad, loving their blend of comfort, practicality and non-shouty styling. Right now, I’d select the new E-Class All-Terrain as my pick of the current crop of posh mud-plugging wagons.

It’s not cheap, but Mercedes’ ‘kitchen sink’ approach to the specification goes some way to justifying the £60k price tag, while the 3.0-litre V6 diesel makes surprisingly light work of hauling this two-tonne estate car uphill and down dale. A class act. GBS 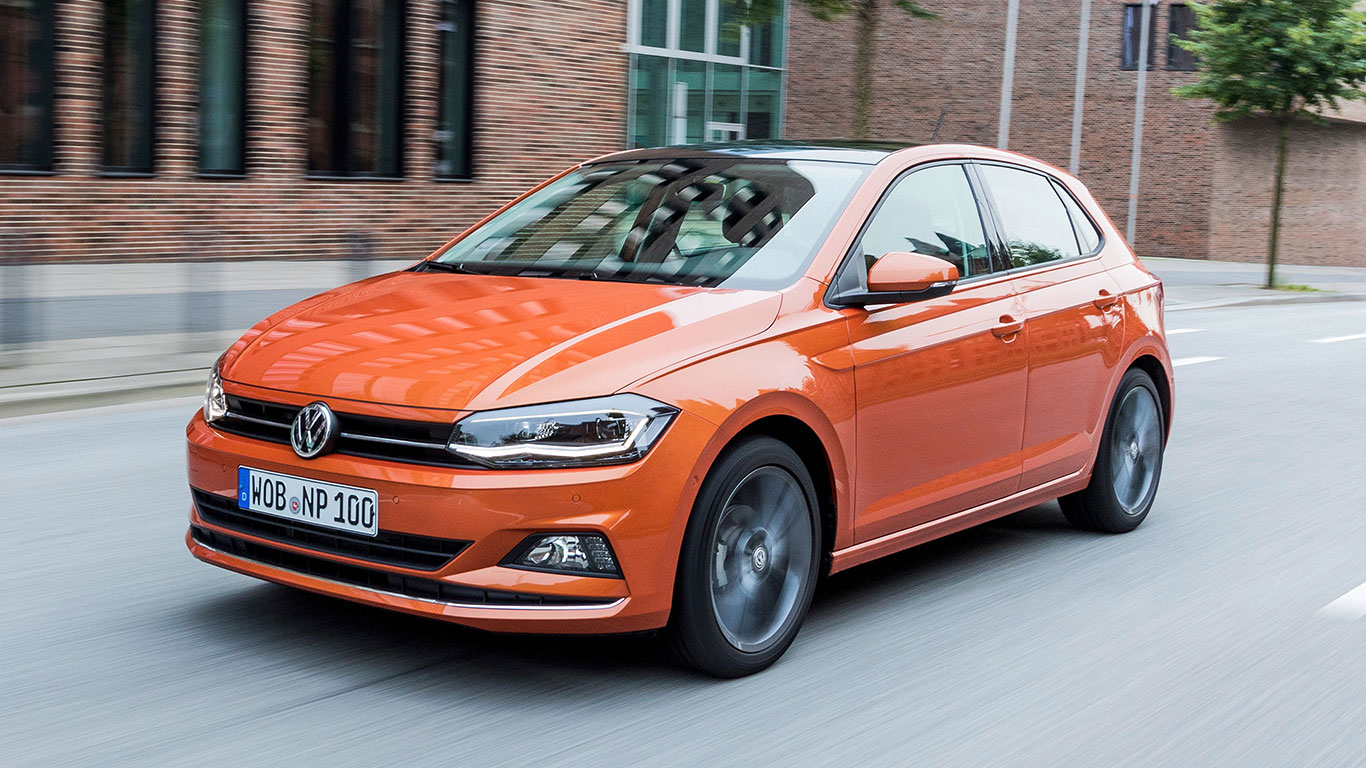 It’s still difficult to gloss over Volkswagen’s issues, particularly how buyers have been deceived by the company’s claims for great economy and emissions. Yet is it time to move on, to (mostly) forgive and forget? It does seem that the Volkswagen group is doubling its efforts to clean up its act, and as a consequence become one of cleanest car companies in Europe.

There’s no better evidence of this than the truly excellent new Polo, which hits the road early in 2018. A range of small petrol engines offer driving pleasure with impressive economy, combined with a sense of class and comfort that knocks even modern rivals into the weeds. PB