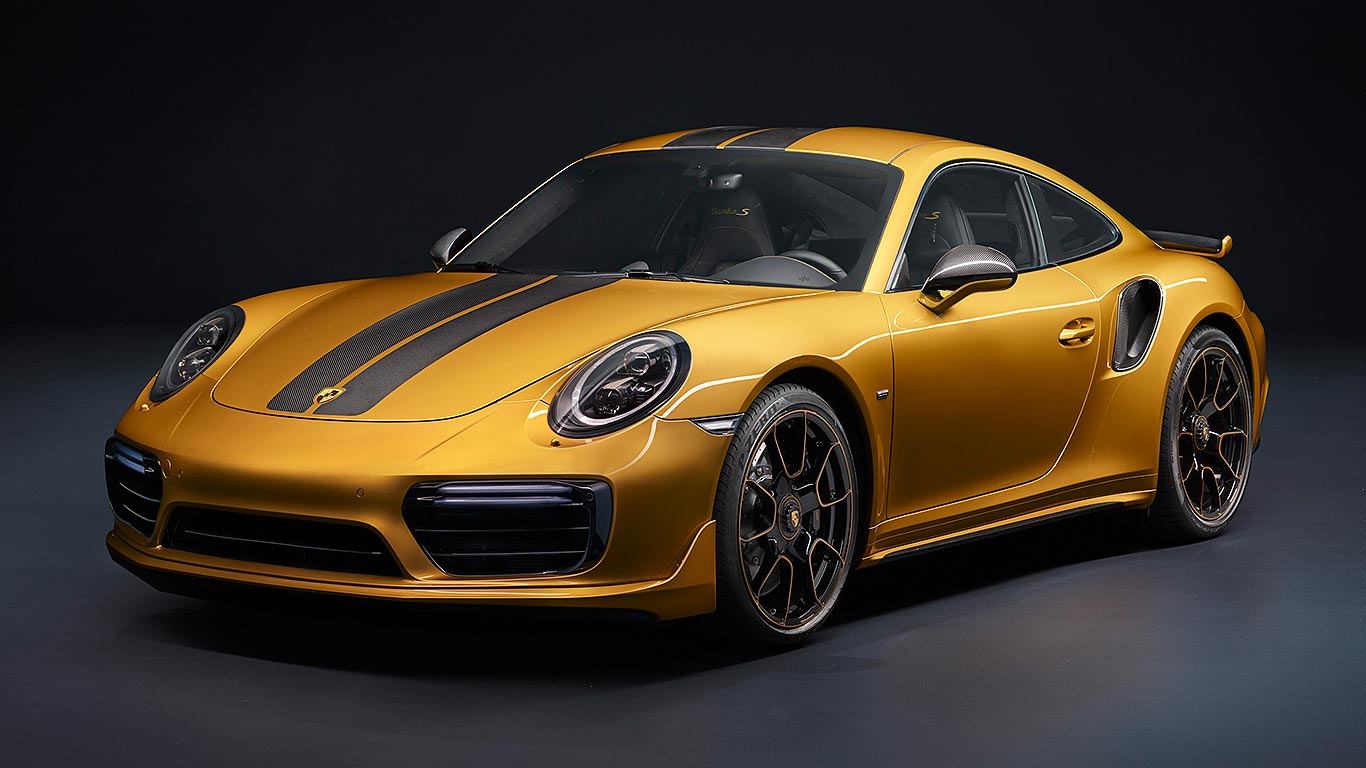 The Porsche 911 Turbo S Exclusive Series is the most powerful 911 Turbo the firm has ever made – and it’s a car so, ahem, exclusive, owners can pick their own colour and trim configuration for the car and then choose to buy Porsche Design chronograph watch configured in exactly the same spec.

Revealed this week to UK customers during an event at Downtown Abbey home Highclere Castle, the Turbo S Exclusive Series is not cheap: it costs from £186,916. But it’s limited to 500 units worldwide, so selling them all shouldn’t be a problem. The watch is £8700 on top and Porsche will also let Exclusive Series customers buy (that’s buy, not give them) a bespoke set of luggage.

The gold-themed colourscheme is obviously a standout. It’s called Golden Yellow Metallic and is set off by carbon fibre bonnet, roof and side skirts. Those twin strips on the roof and bonnet? They’re carbon weave as well. Porsche’s fitted the Turbo Aerokit and a new rear apron at the rear, and made the ram-air scoop from carbon.

Other colour options are available. 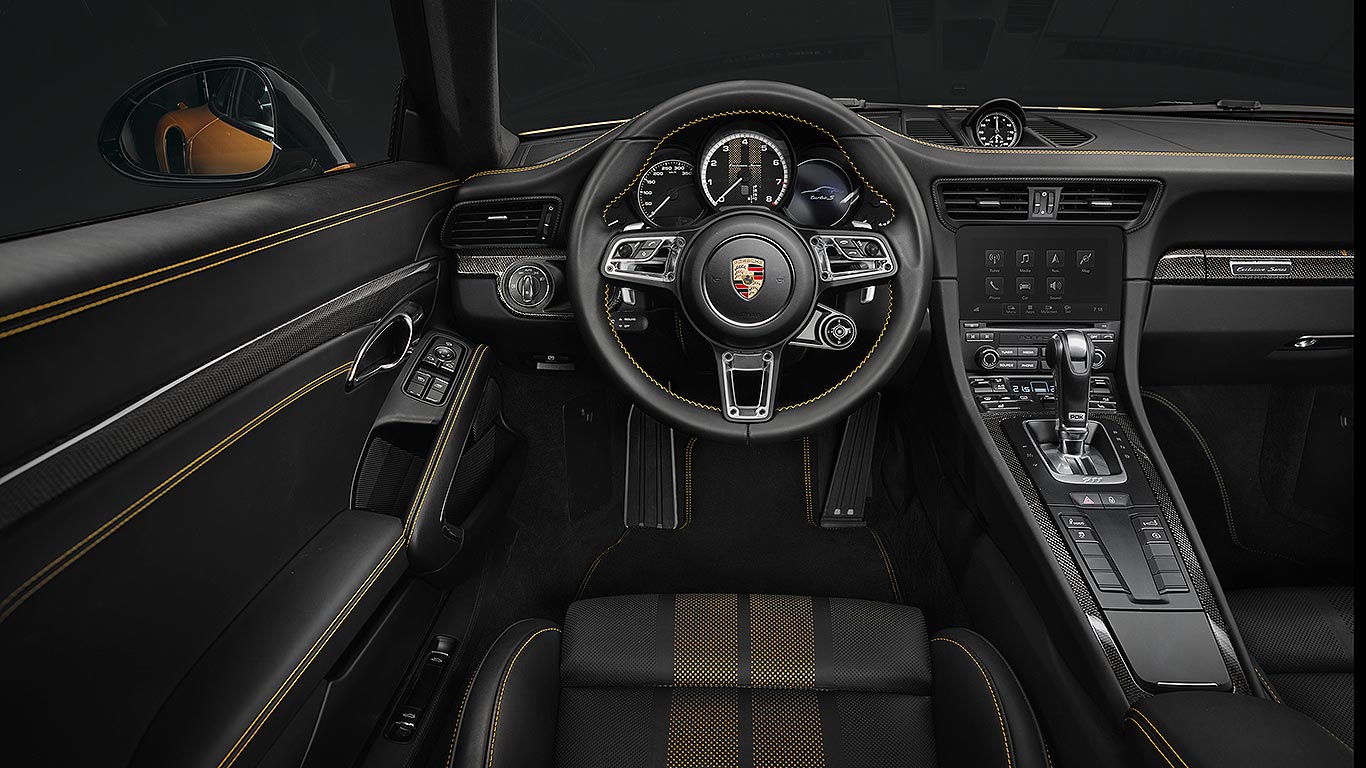 Inside, sports seats have two layers of perforated yellow: black on top and, of course, Golden Yellow below. A Turbo S logo is stitched into the seatback in Golden Yellow. The roof lining is black Alcantara with a Golden Yellow double strip. The fine thread that’s weaved into the carbon fibre interior trim is, however, not Golden Yellow: Porsche chooses copper instead, and also adds a limited edition numbered plate on the passenger side.

But what about that monster 607hp? It’s 27hp up on the standard Turbo S and is combined with 553lb ft of torque. That’s good for 0-62mph in 2.9 seconds and a top speed of 205mph. Yet it can also do 31.0mpg combined. Porsche fits PASM active suspension and PDCC dynamic chassis control to manage it all. 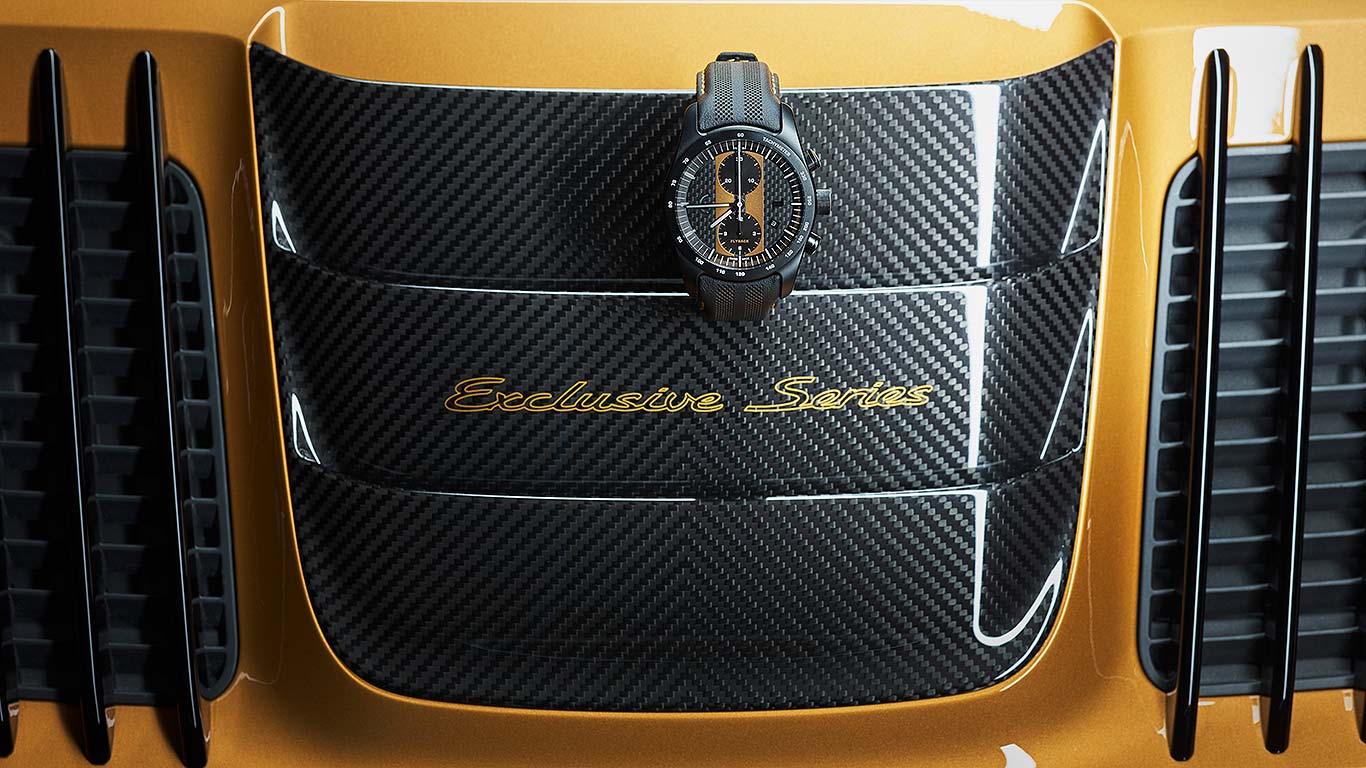 The watch, officially called Porsche Design Chronograph 911 Turbo S Exclusive Series (phew), is the first one Porsche’s designed as part of a limited-run model line. We expect this to become a trend: collectors are surely already rubbing their hands in anticipation of a new GT3 RS-inspired timepiece. 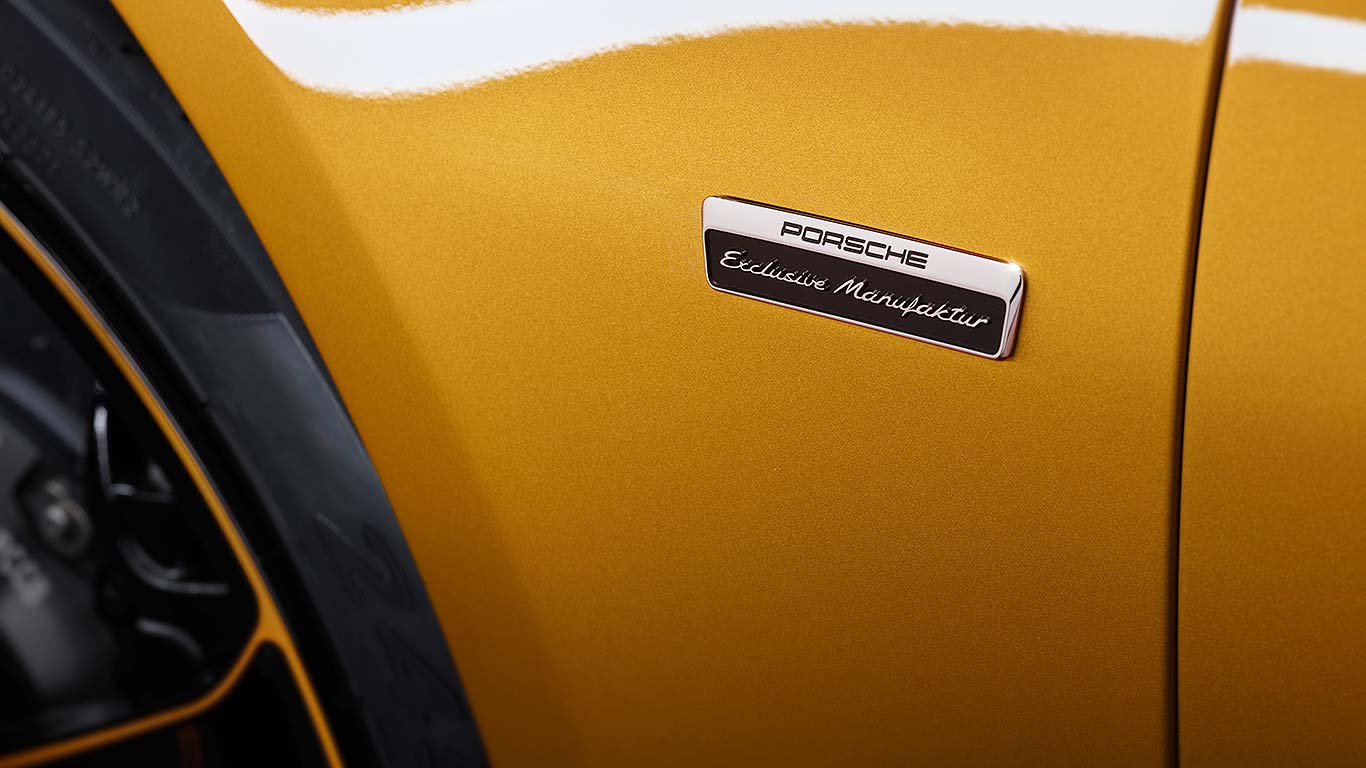 You may have also noticed the Porsche Exclusive Manufaktur badge on the side. Although Porsche Exclusive has been running for 30 years, this is the first time Porsche has showcased the bespoke engineering division on a production car. Again, we can expect more cars wearing badges from Porsche’s bespoke in-house engineering workshop in the future.