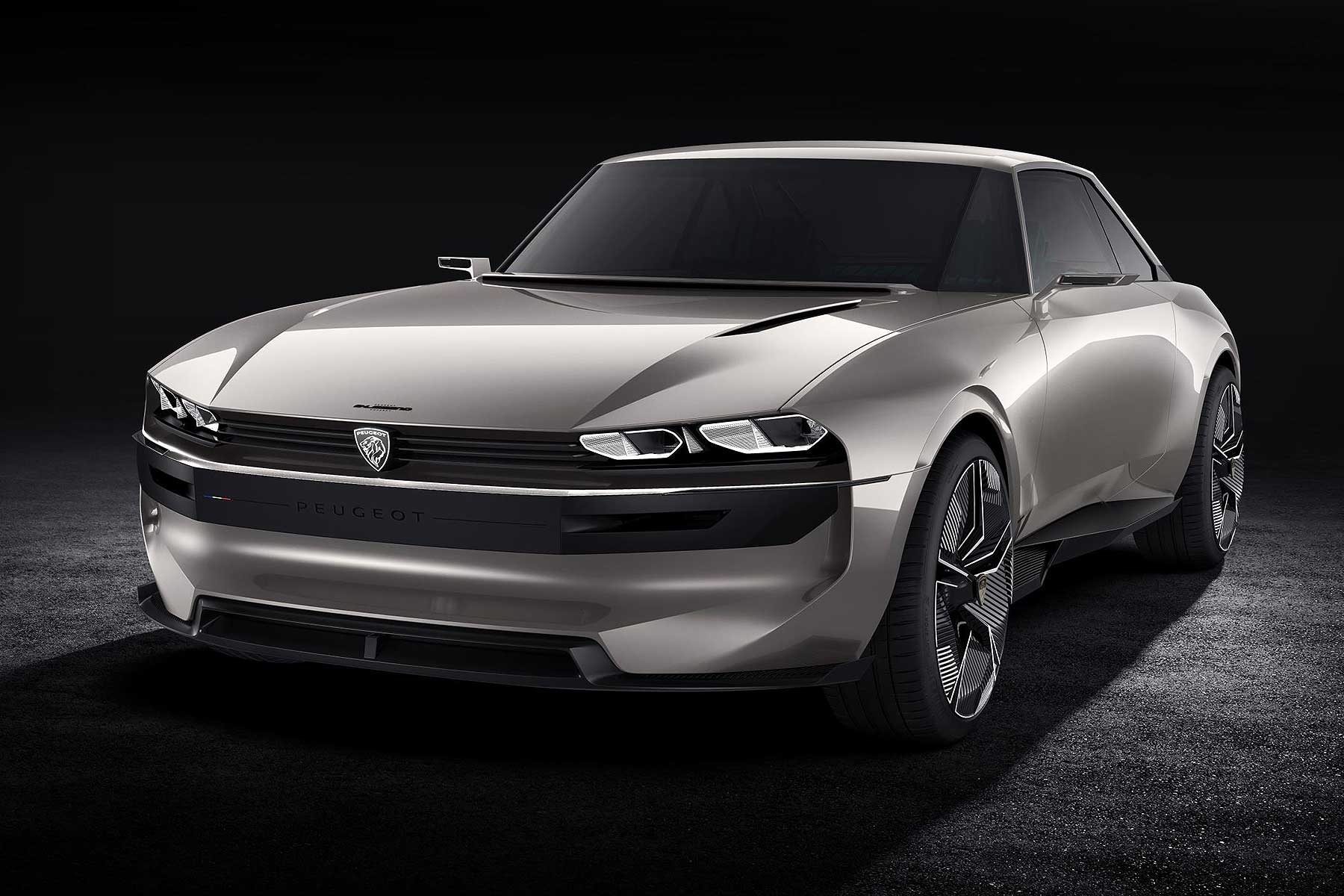 Peugeot is aiming to cause a stir with its all-electric, fully-autonomous show car at the 2018 Paris Motor Show: the e-Legend Concept is a futuristic preview with a retro design inspired by the famous 504 Coupe.

The e-Legend Concept is not just a tech showcase, he said, but “a vision of a brand actively focused on an optimistic and ultra-desirable future… for Peugeot, autonomy and electric are synonymous with even stronger sensations”.

Electric, self-driving Peugeots are, it seems, set to be even more exciting than today’s cars, rather than less so. And if they look as gorgeous as this, who are we to argue? 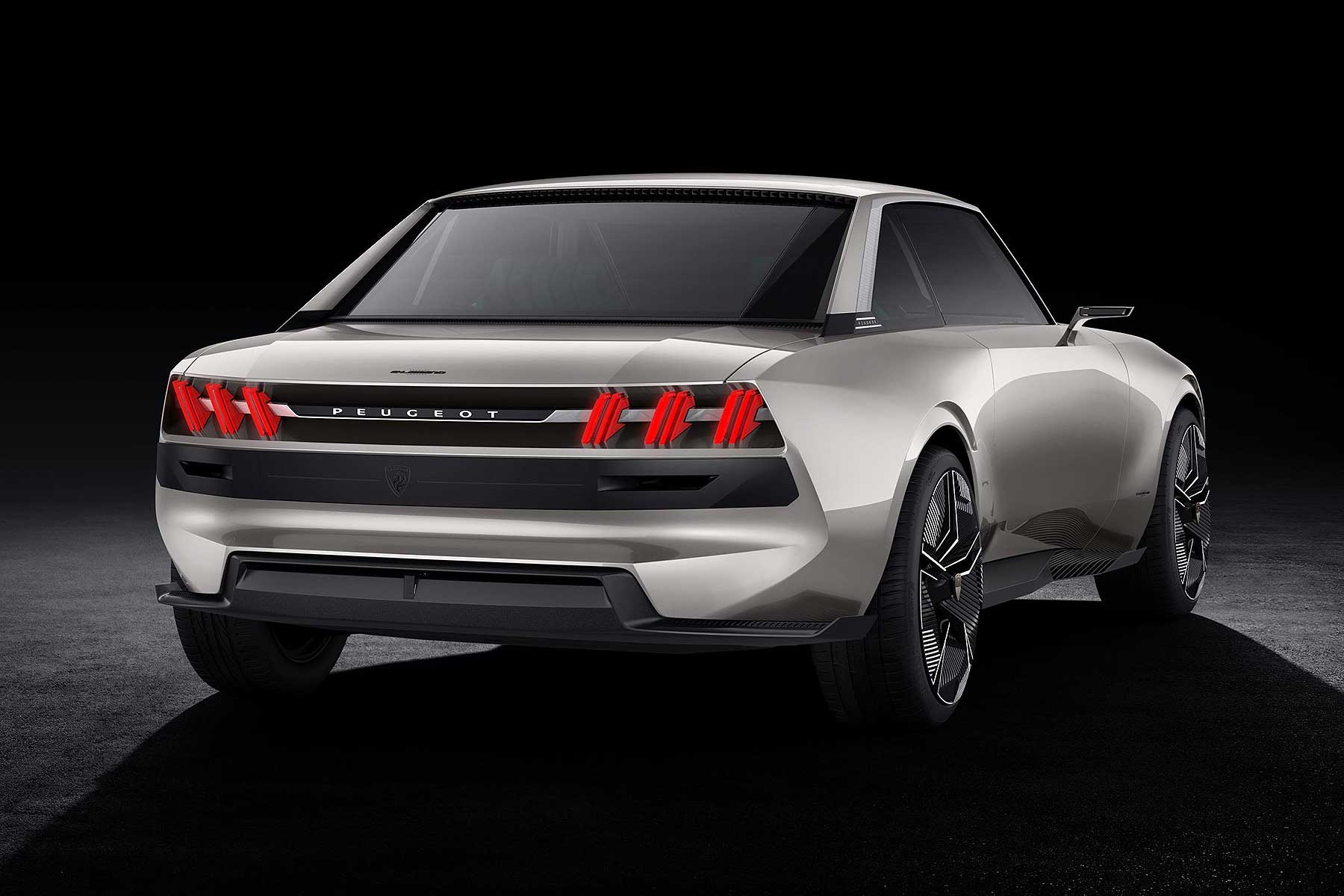 The 50-year-old 504 Coupe’s styling is mirrored inside, with a similarly modern interpretation of that car’s retro dashboard. Brilliant touches include digitised wood displayed on the car’s various screens, plus the 504’s three-dial binnacle electronically recreated. 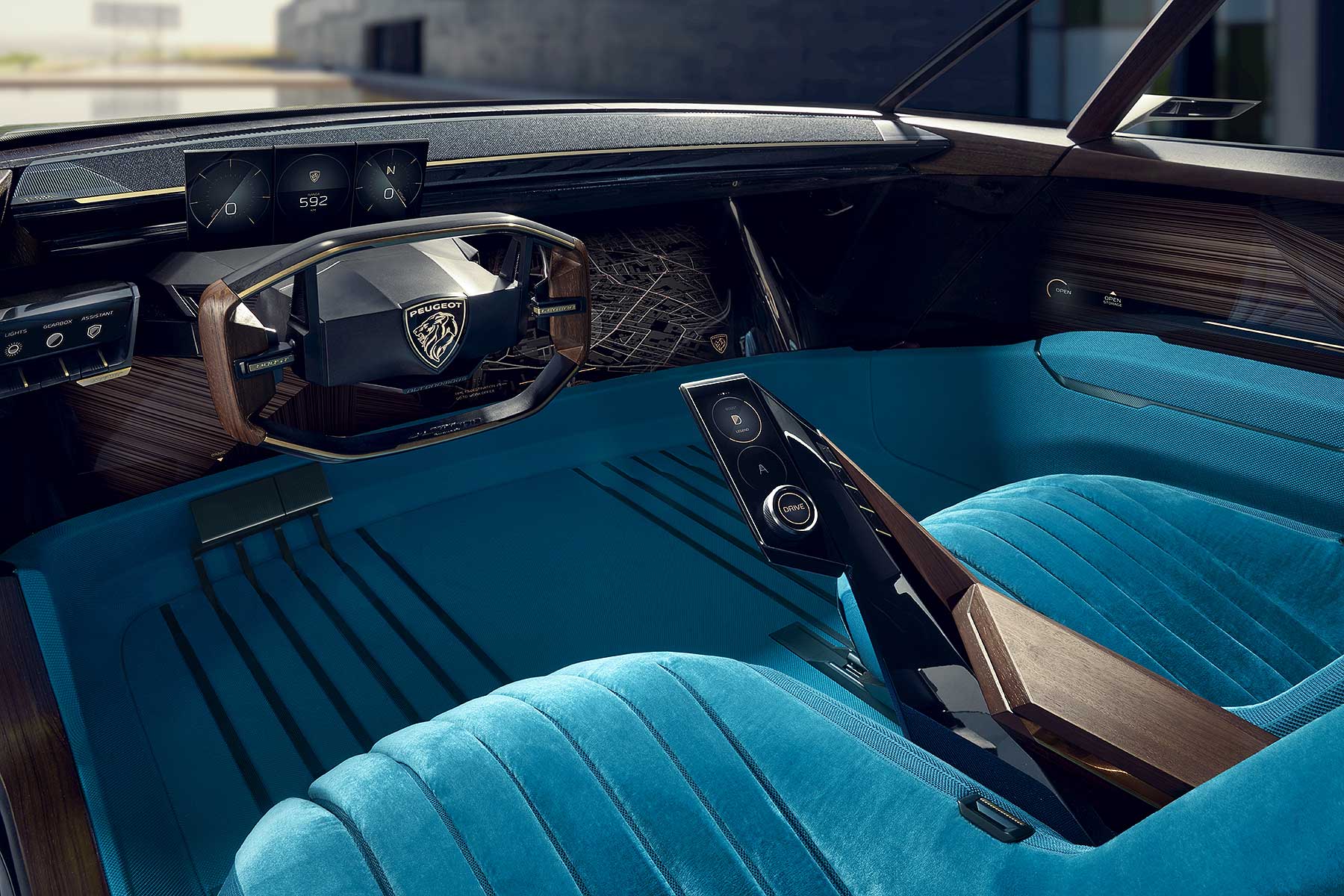 Futuristic features make the interior a luxurious place. French premium audio brand Focal has created technology that creates a ‘sound bubble’ for each occupant – each can listen to their own stuff without disturbing others. 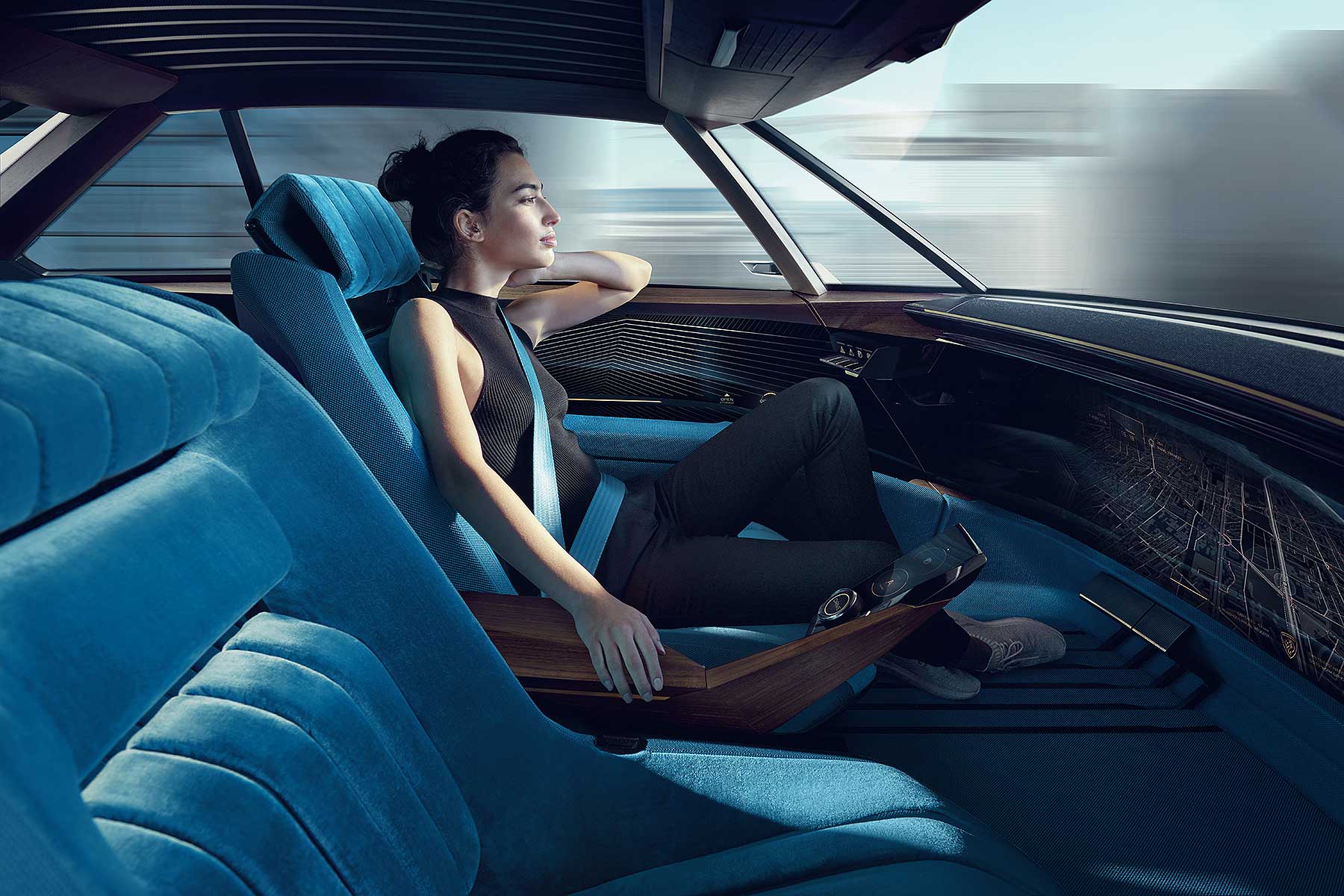 AI tech company Soundhound Inc has created a voice-activated assistant that can change the driving style, music, and even open and close the doors. Peugeot adds that a production version of this tech will be in production within two years. 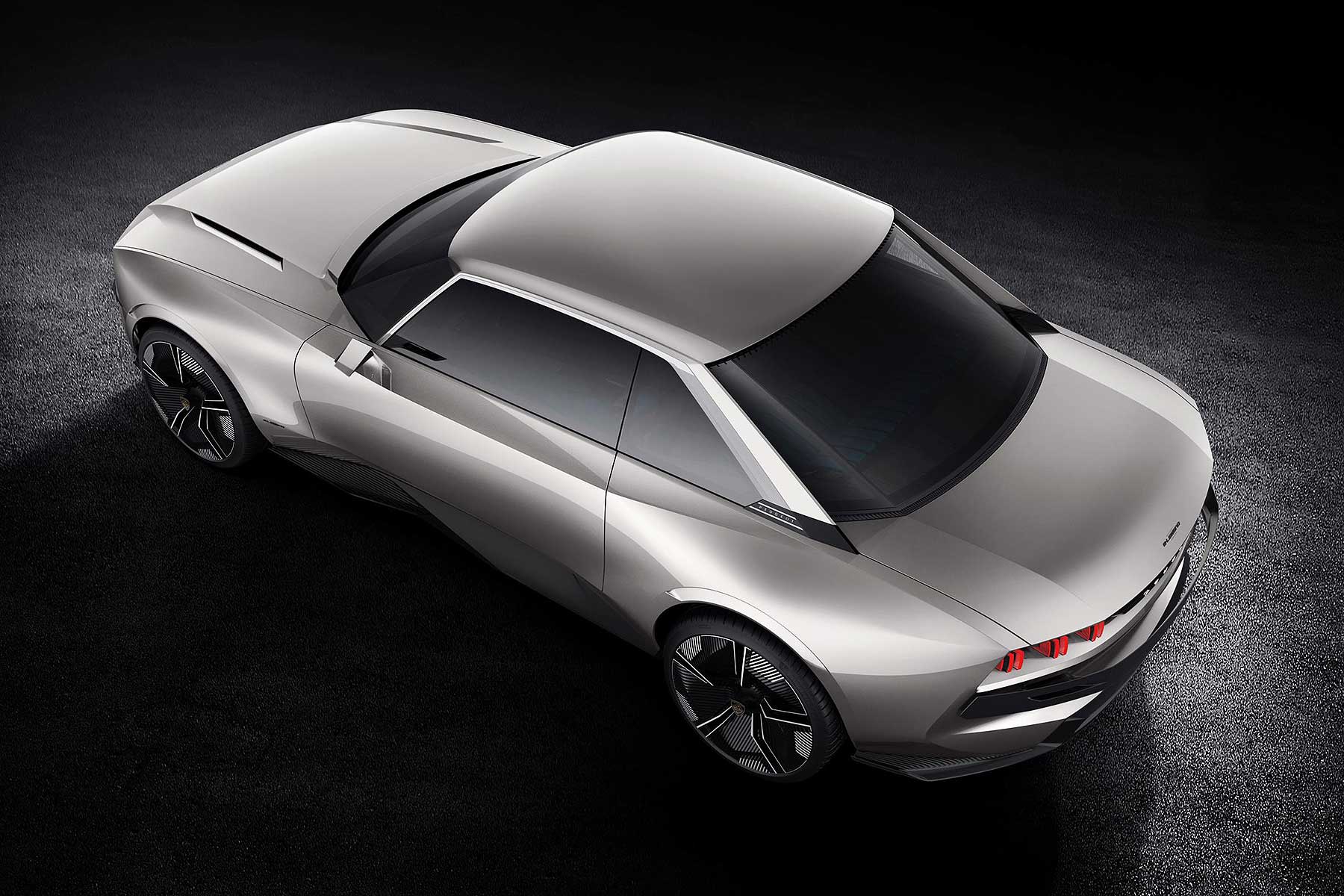 Powered by 100 kWh batteries, the 462 hp e-Legend Concept has four-wheel drive, a 136 mph top speed and 0–62 mph in less than four seconds. It also has a 442-mile range, so long as you don’t constantly deploy all its considerable 590lb ft of pulling power. 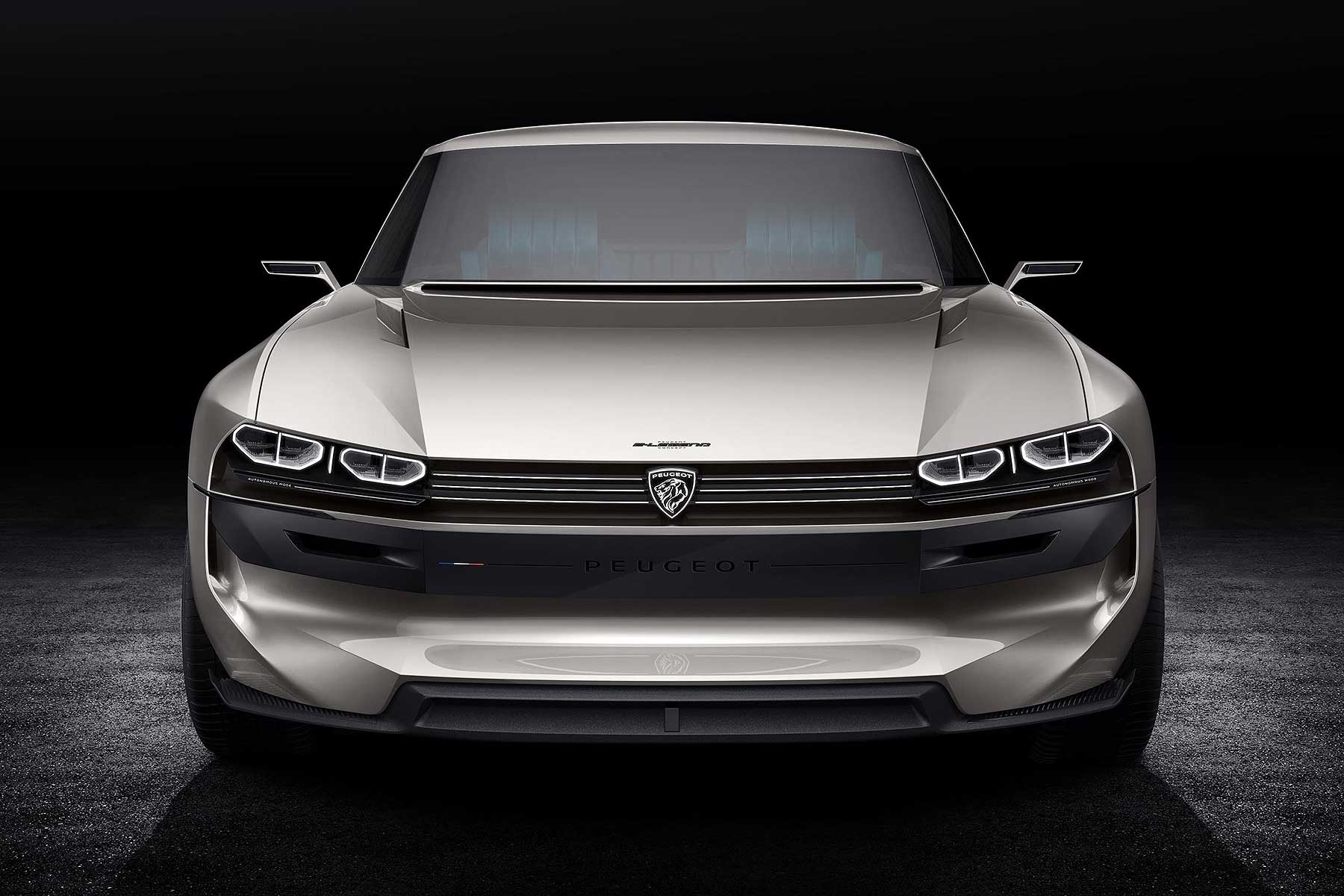 It has four driving modes – two autonomous and two manual. In autonomous guise, choose from ‘Soft’ (a soothing, distraction-free setup) or ‘Sharp’ (where all the screens go live and it’s fully connected).

Manual modes are ‘Legend’ (which brings in the 504 Coupe cues and the digital wood) and ‘Boost’ (which focuses more on the driver).

For each mode, the interior configuration changes – the steering wheel can dip beneath the dashboard sound bar, for example, revealing a massive 49-inch central screen in autonomous guise. The seats also recline and armrests are deployed, for added comfort. The perfect way to survey that lovely 21st century interpretation of the famed 504.