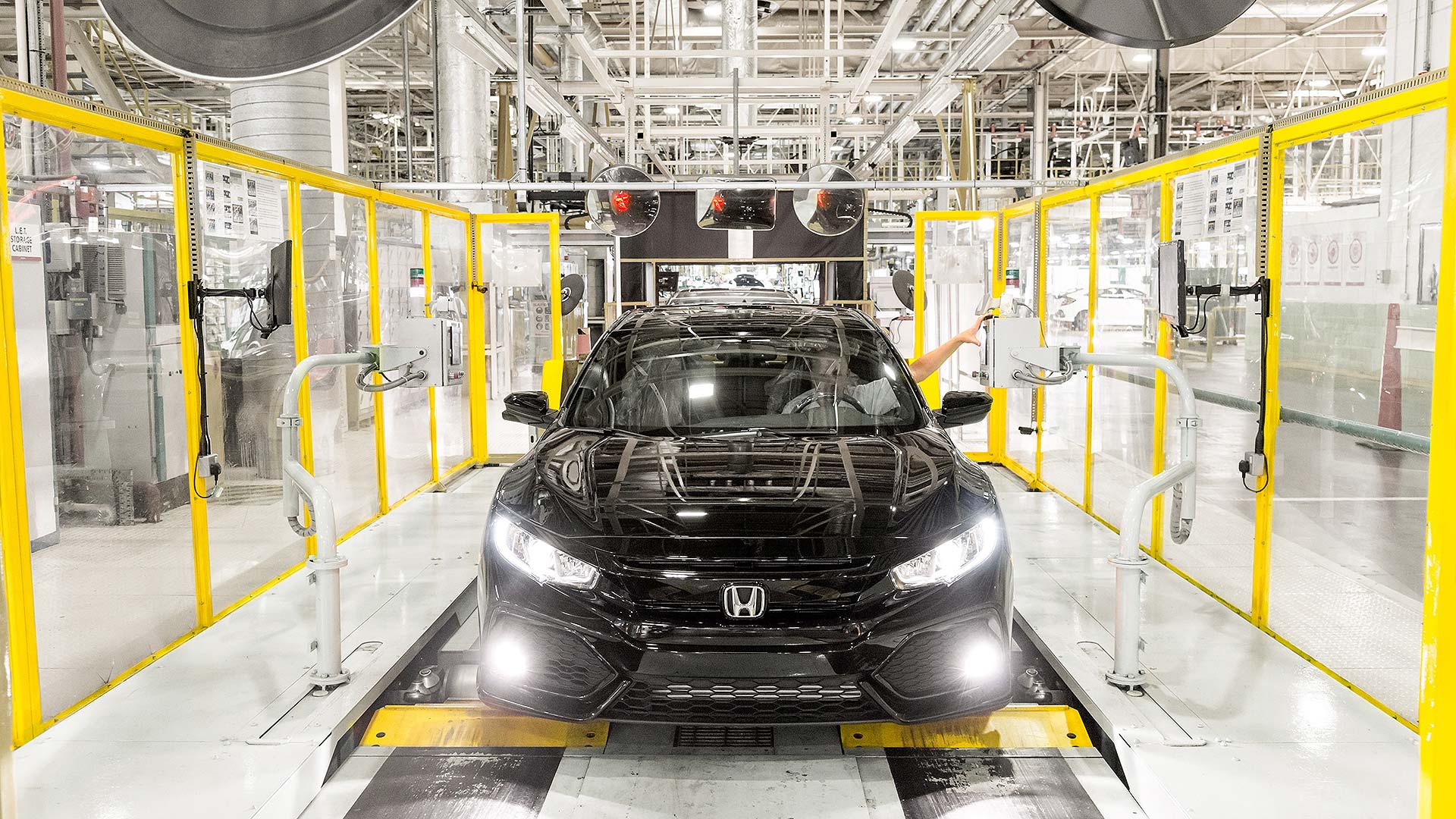 Honda’s decision to close its Swindon car factory in 2021 will inevitably be blamed on Brexit by many. Some are already highlighting the Swindon region’s 54.7 percent leave vote in the 2016 European Union Referendum.

However, a Honda spokesman today insisted Brexit is not a factor in the shock move. Rather, it’s the unprecedented challenges of electrification that’s behind the decision.

And figures released by Honda suggest this may be correct – because only 2 in 10 cars built in Swindon are actually exported to the European Union.

The vast majority, around 55 percent, go to North America, and 8 percent are exported to Japan. 15 percent of British-built Honda Civics remain here in the UK.

So the threat of trade barriers with the EU in the event of a no-deal Brexit may not have factored as heavily in Honda’s dramatic decision as some have assumed.

Indeed, added the spokesman, Swindon is Honda’s sole factory in the European Union, and ‘only’ builds around 160,000 cars a year, rather than the millions built in Asia and North America.

The idea of moving production elsewhere in Europe was therefore not considered. Honda added it is restructuring its small-scale manufacturing operations in Turkey too: the Civic saloon will cease production there in 2021.

Honda will, instead, build the next-generation Civic hatchback in other regions, including North America.

The challenges of electrification “will see Honda revise its global manufacturing operations, and focus activity in regions where it expects to have high production volumes,” explained the Japanese company in a statement.

“It is vital that we accelerate our electrification strategy and restructure our global operations accordingly,” said Katsushi Inoue, Honda’s chief officer for its European operations.

“As a result, we have had to take this difficult decision to consult our workforce on how we might prepare our manufacturing network for the future.

“This has not been taken lightly and we deeply regret how unsettling today’s announcement will be for our people.”

The Japanese car maker began building engines at Swindon, a former airfield, in 1989, and started building cars in 1992. Since then, it has built more than 3.5 million vehicles, and today builds the Civic hatchback, including the high-performance Type R.

3,500 people work there and it exports to more than 70 countries.

Honda will still keep its European HQ in the UK, at its large facility in Bracknell, Berkshire, added the firm.

Revealed: the cars you’re most likely to spend your own money on

These were Britain’s most popular used cars of 2018