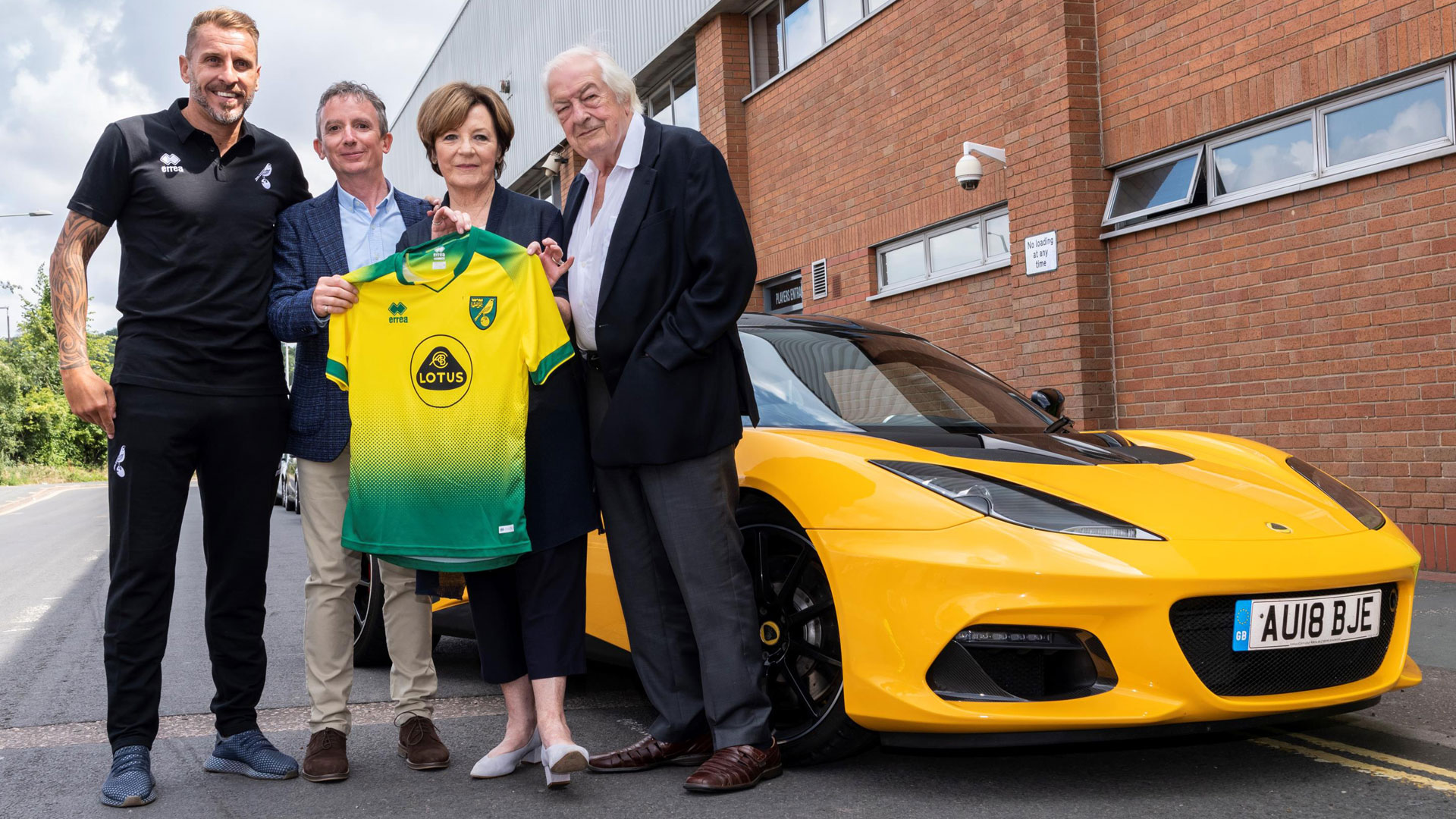 Norwich City has made its first big Deadline Day signing, with Lotus Cars hoping to inject some pace and flair to Carrow Road.

News of the partnership comes on the eve of Norwich City’s Premier League opener against Liverpool. And at the end of the day, it looks like a good deal for both sides, Clive.

As part of the multi-year global deal, Lotus will see its new corporate identity on the pitch-side at Carrow Road, on the ‘walk-out’ jackets worn by the first-team squad, and on the shirts of academy players from ages nine to 23.

Meanwhile, the training facility is now The Lotus Training Centre, and the all-new academy will be called The Lotus Academy. 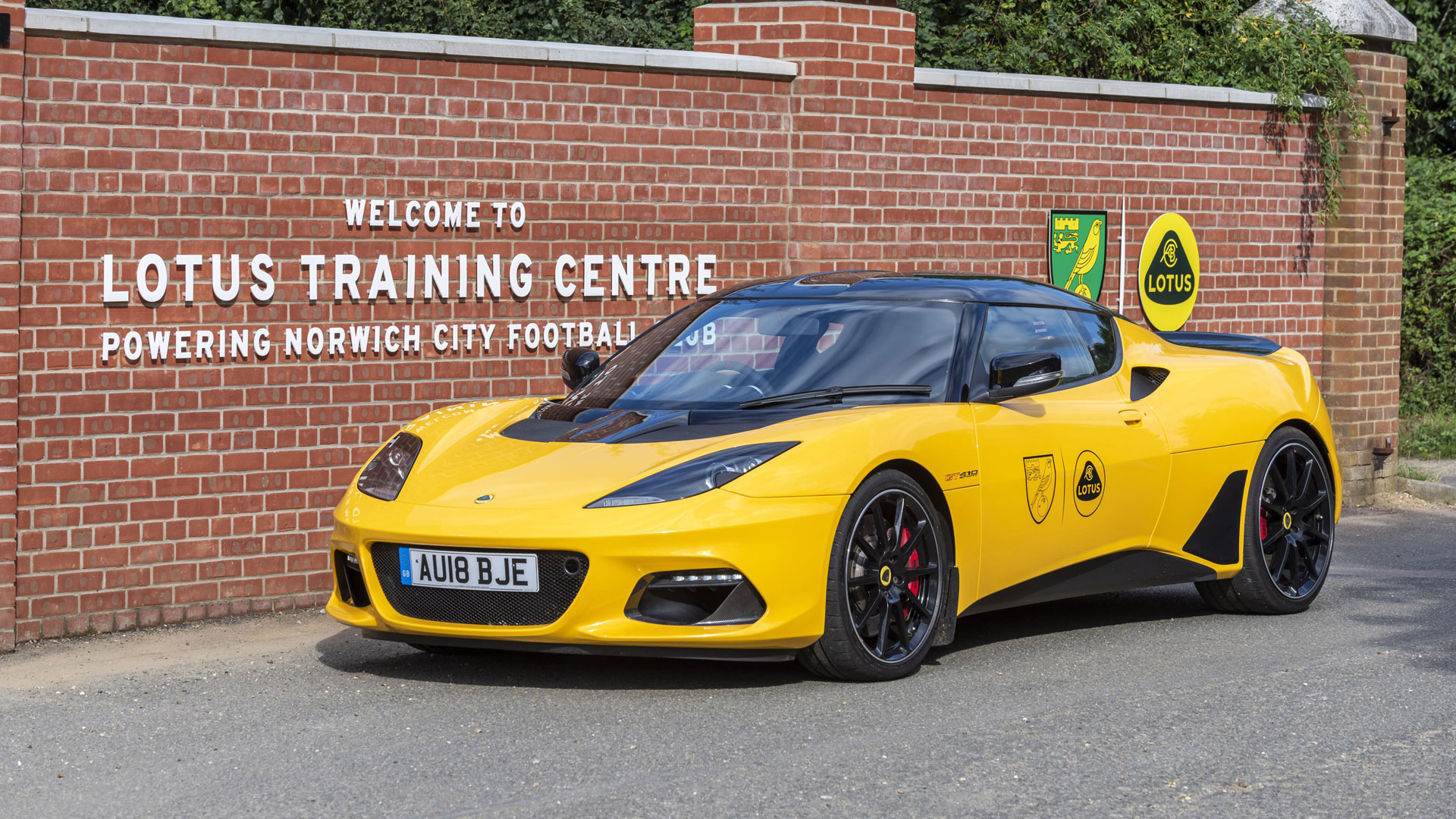 And at the end of the partnership, Lotus Cars will run down its contract before leaving on a free transfer, Jeff. Probably.

Lotus has been building cars at Hethel, to the south of Norwich, since 1966, and employs around 1,200 people in the region.

Speaking about the new corporate identity, Simon Clare, executive director of global marketing at Lotus, said: “We’ve looked back at the original Lotus roundel and thought about Colin Chapman’s philosophy – to simplify and add lightness.

“We’ve applied that to create a new roundel, taking the weight out of the lettering and adapting the spacing. We’ve also straightened the word ‘Lotus’ so it’s consistent with the Lotus wordmark.”

A partnership of two halves 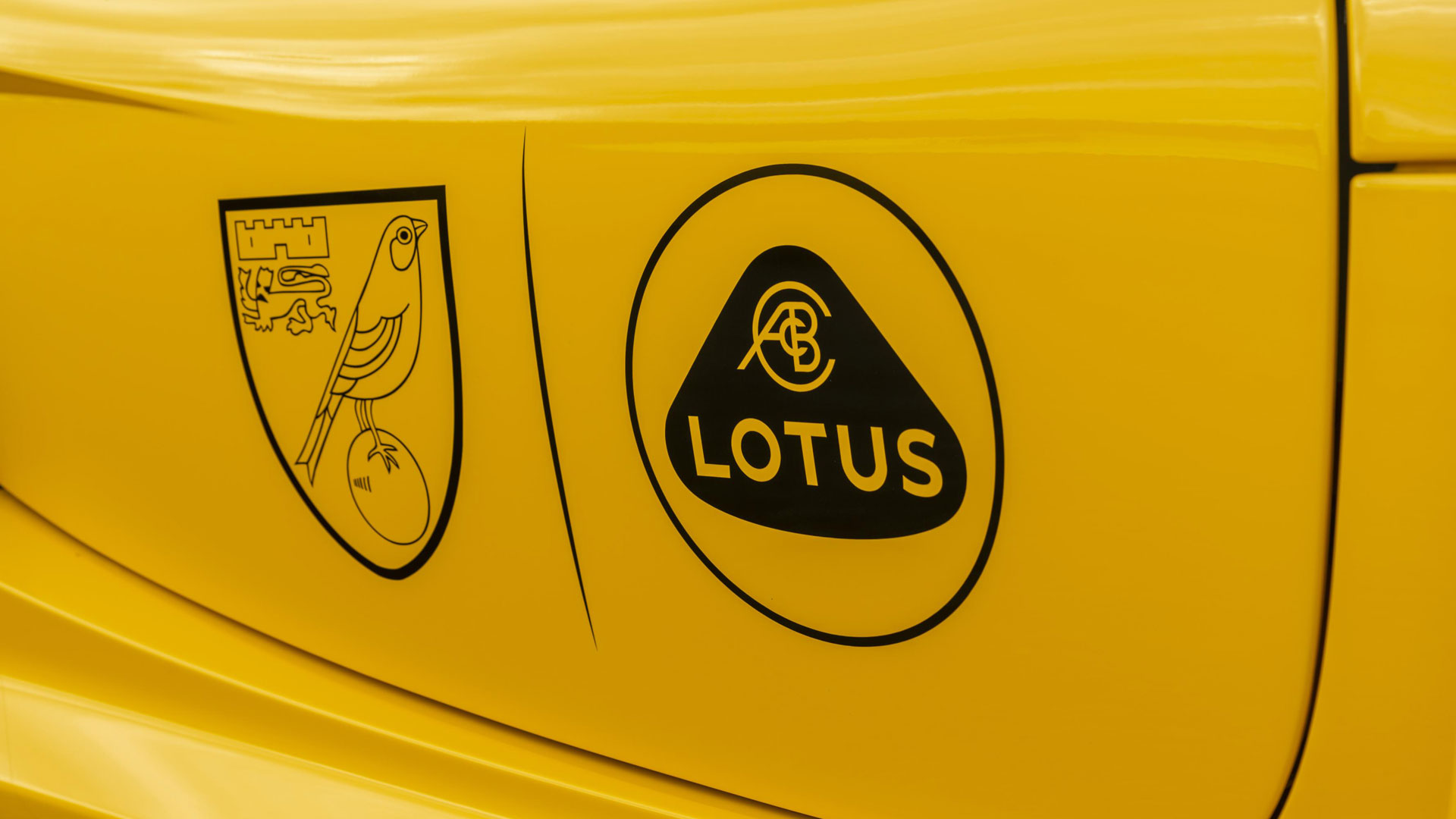 On the subject of the partnership with Norwich City, Clare added: “Lotus is a brand born for and out of performance and competition, so this partnership is perfect for both parties. Together Lotus and Norwich City Football Club share core values – commitment, passion, focus, hard work, a winning mindset – and the success that flows from them.

“This partnership joins two iconic Norfolk brands as they accelerate on to the global stage together. Both share a desire for innovation and, as we herald a new era together, we are incredibly excited about playing a part in the development of Norwich City Football Club and its talent. Today we are investing in that future.”