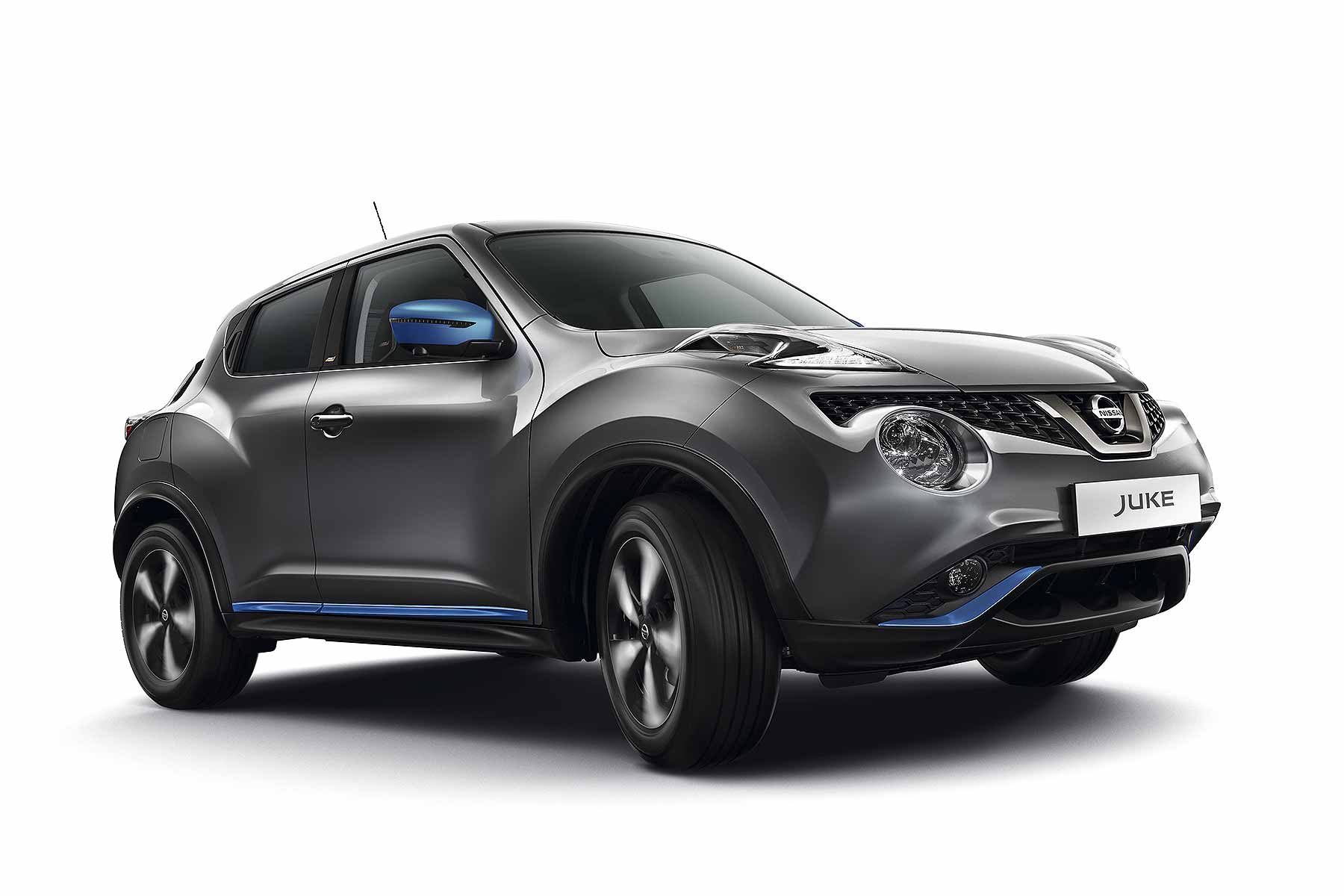 The Nissan Juke has been revised for 2018 to help it compete with a slew of more modern rivals, from the top-selling Renault Captur to the upcoming Volkswagen T-Cross.

As it’s getting late in the current Juke’s life, exterior changes are not extensive. They’re limited to a new dark chrome grille, plus dark-tint headlights and door mirror indicators.

Mid-range Acenta models and above get LED fog lights, and there’s a range of new alloy wheel designs. Probably the most striking exterior update is the launch of two bright new colours, Vivid Blue and Chestnut Bronze.

If that’s not enough, higher-grade models can be personalised with coloured body parts, for the front and rear bumpers, side sills and door mirrors. 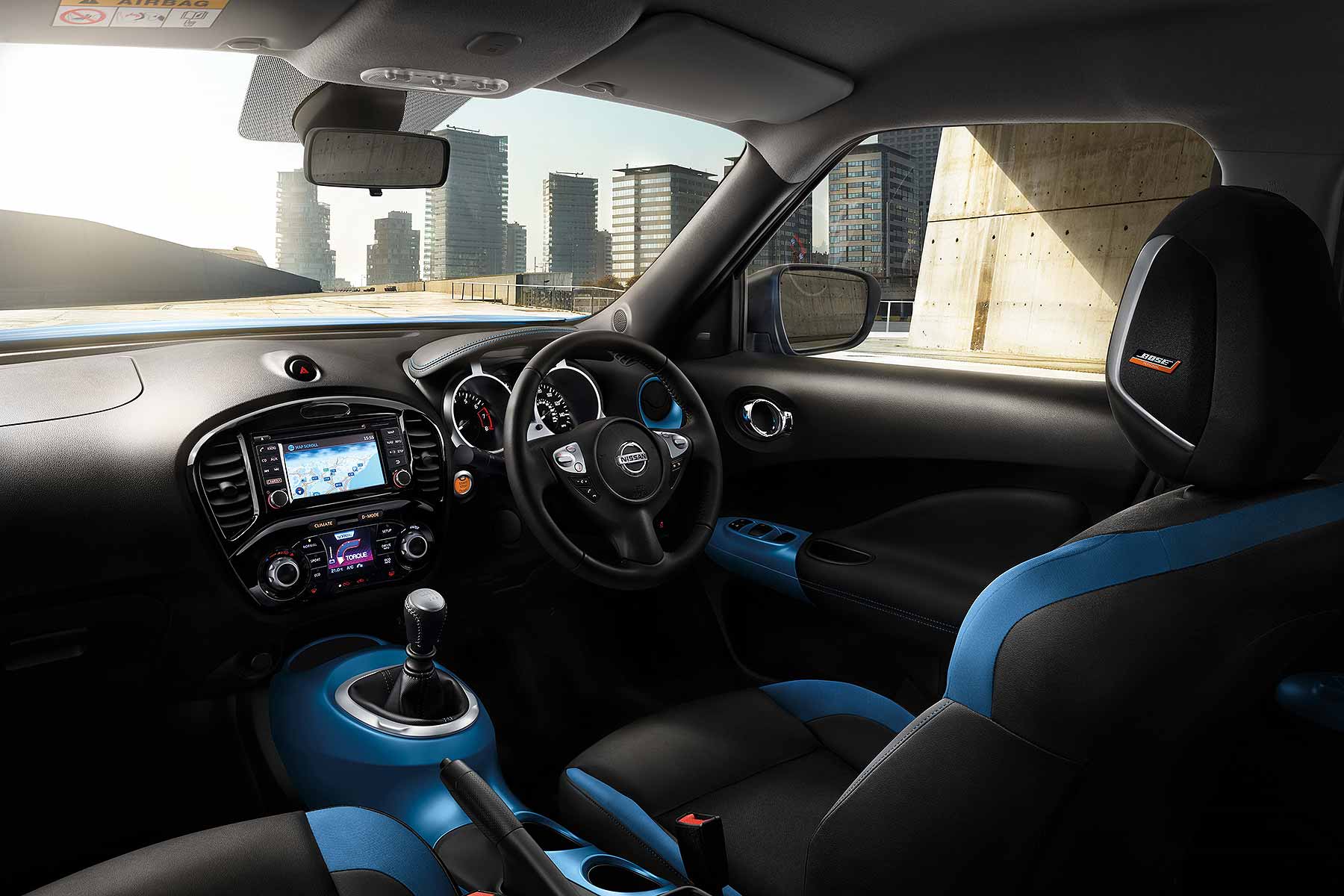 Nissan’s also offering a bit more personalisation inside. Buyers of top-spec Bose Personal Edition and Tekna models can choose to have the centre console, air vents, door inserts and seat upholstery accented in either Energy Orange or Powder Blue.

The details have been sweated as well: the grade of leather used on the steering wheel is richer, and the trip computer display within the instrument binnacle is clearer white-on-black, rather than orange.

But the biggest tech upgrade is fancy new audio tech for the aptly-named Bose Personal Edition variant. This sits just below top-spec Tekna, and comprises a pair of Bose UltraNearfield speakers built into the driver’s seat head rest. 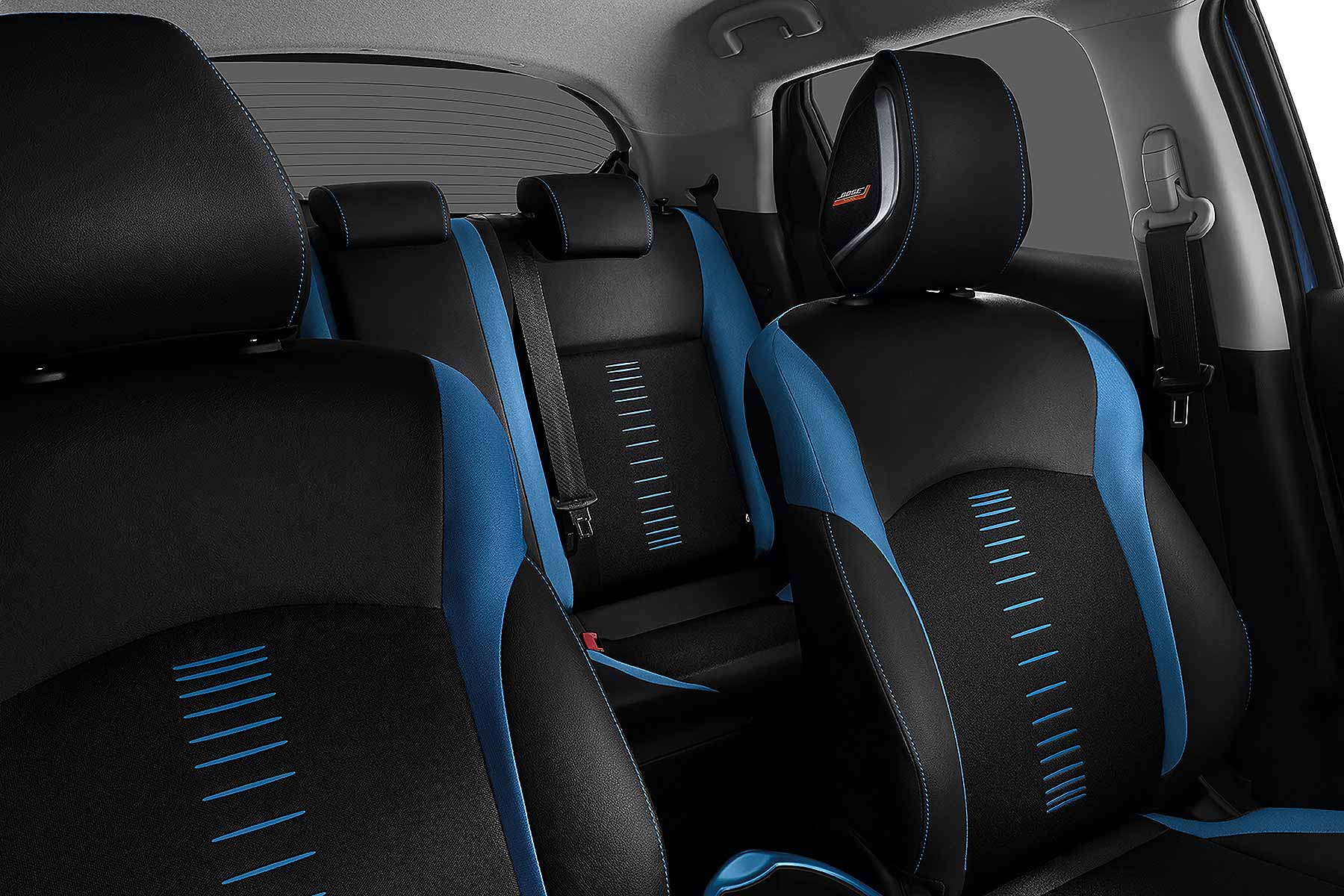 Nissan says this provides “an immersive 360-degree listening experience through Bose digital sound processing”, ably backed up by six more high-end speakers for those not sitting in the driver’s surround sound seat. The tech is, currently, unique to Nissan.

If you’re on more of a budget, the cheapest Juke is the 1.6 94 Visia, priced from £15,505. Like all Juke, even this comes with air con, all-round electric windows and LED running lights.

Saying that, you’re better off spending around £2,000 more, if you can. This gets the 1.2 DiG-T 115 Acenta, which not only adds a turbocharger to the asthmatic base engine, but also includes climate control, USB port, Bluetooth connectivity, cruise control and the Nissan Dynamic Control System.

And if you’re spending that, we’re sure the dealer will suggest, why not go one further with the Bose Personal Edition, which includes NissanConnect infotainment, rear parking camera, keyless go, part-leather seats and folding door mirrors?

Naturally, Nissan has a complementary deal, too. The 1.2 DiG-T 115 Bose Personal Edition is currently on offer from £179 a month, on 0 percent finance, with Nissan chipping in £750 for those simply test-driving it. Rivals may be younger and fresher, but few have deals that sound as good as this…