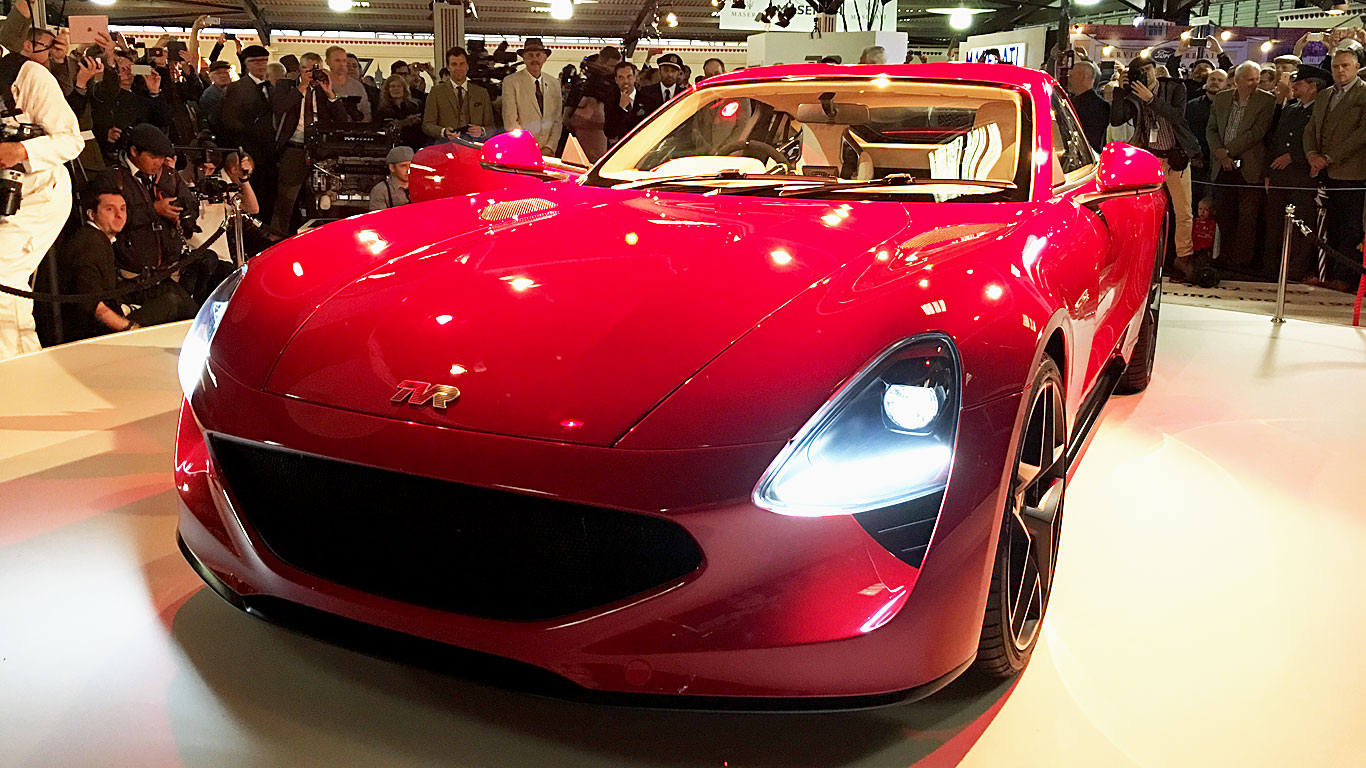 The new TVR Griffith has been revealed at the 2017 Goodwood Revival meeting. The revived firm, once again under British control, plans to start producing the new 200mph V8 sports car in 2018, with prices starting from £90,000.

TVR chairman Les Edgar said: “Today’s unveiling is the culmination of nearly three years of tireless work by the team, and we’re all proud to be able to show the new TVR Griffith to the world.

“This is unmistakably a TVR, a British muscle car that’s as awesome and brutal as it is charismatic and refined.” It will also be an entirely new type of TVR, he added: “The new TVR offers levels of technical sophistication, comfort, reliability and practicality never seen by the brand before.” 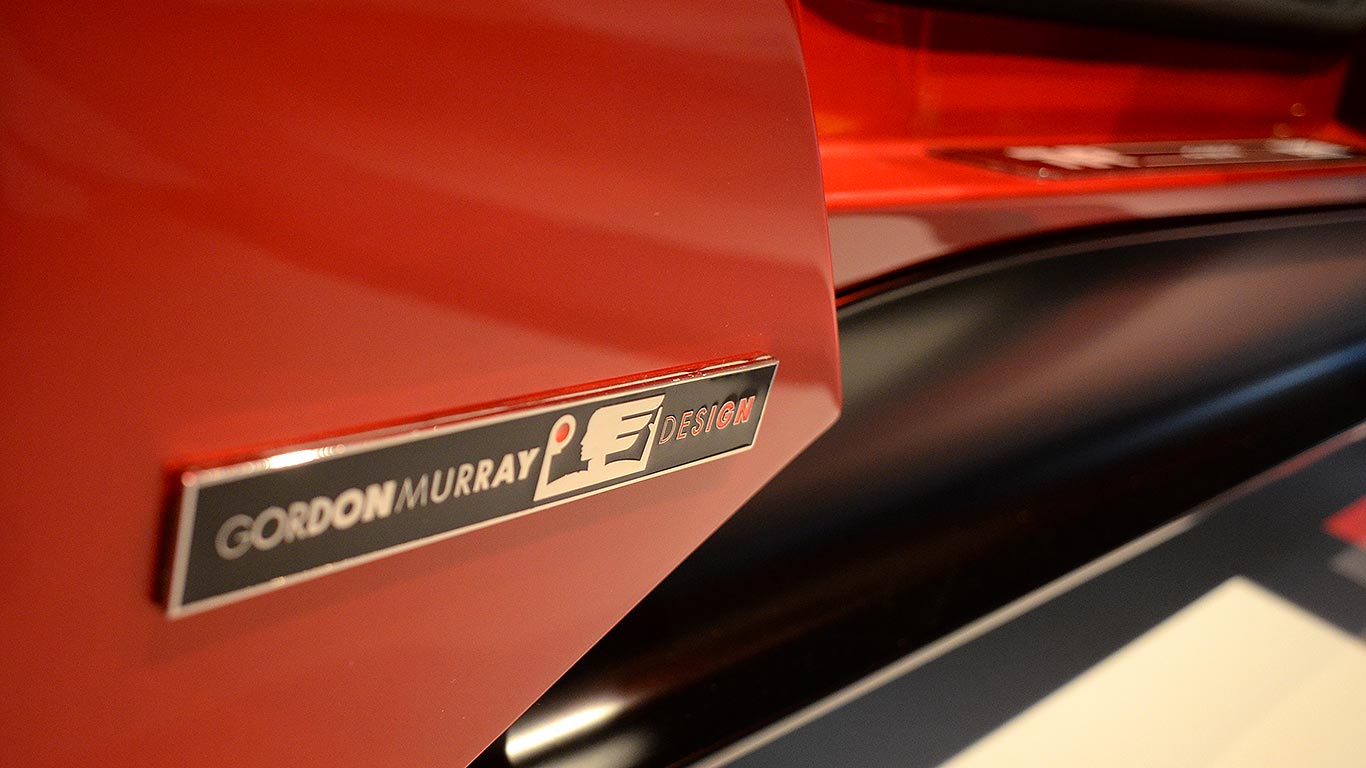 A modern but still classically TVR design, the new two-seater boasts advanced construction using the Gordon Murray iStream architecture, which makes the new car rigid and light: kerbweight is under 1,250kg. That’s 85kg less than even a basic Porsche 718 Boxster.

TVR has combined low weight with a powerful Cosworth-developed 5.0-litre V8 engine. Derived from the motor in the Ford Mustang GT, the engine produces more than 400hp per tonne, or around 500hp in total (final figures have not yet been revealed). This is good for a top speed of over 200mph, and a 0-62mph time of under 4.0 seconds.

Excitingly, the new Griffith features dual side exit exhausts, which are sure to sound dramatic.

The six-speed Tremec manual gearbox can handle 700lb ft of pulling power and engine revs of 7,500rpm, adds TVR – suggesting this launch engine may only be the start of things. Indeed, the firm is already saying it plans to take the new Griffith racing, and could even mark the return of the famous brand to the Le Mans 24 Hours. Naturally, the new TVR Griffith will be rear-wheel drive.

The new TVR is a compact car as well: length of 4,314mm makes it shorter overall than a 718 Boxster. It’s lower than the Porsche as well, but a longer wheelbase should back up the firm’s claims of the two-seater offering plenty of space even for taller people inside.

The interior is driver-focused and includes a contemporary-look central infotainment system with Tesla-style portrait-mounted screen. Its uncluttered layout embodies the revived firm’s motto: ‘Spirit of Driving’.

Speaking of which, TVR has fitted double wishbone suspension with adjustable coilover dampers, which should please enthusiasts. Less welcome news may be the use of electric power steering, although the firm promises us steering feel is uncompromised.

Nicking a trick from Porsche, the rear wheels are bigger than the fronts: 20-inch wheels with 275/30 tyres at the back, 19-inch wheels with narrower 235/35 tyres up front. TVR says this is to ensure maximum traction without spoiling steering feel. Traction control will, however, also be standard.

Tyre make Avon has developed a bespoke version of its high performance ZZ5 tyre, with unique sidewall graphics that include a Union Flag graphic. Meanwhile, big six-piston front brakes grab 370mm calipers, and the TVR also has ABS as standard. 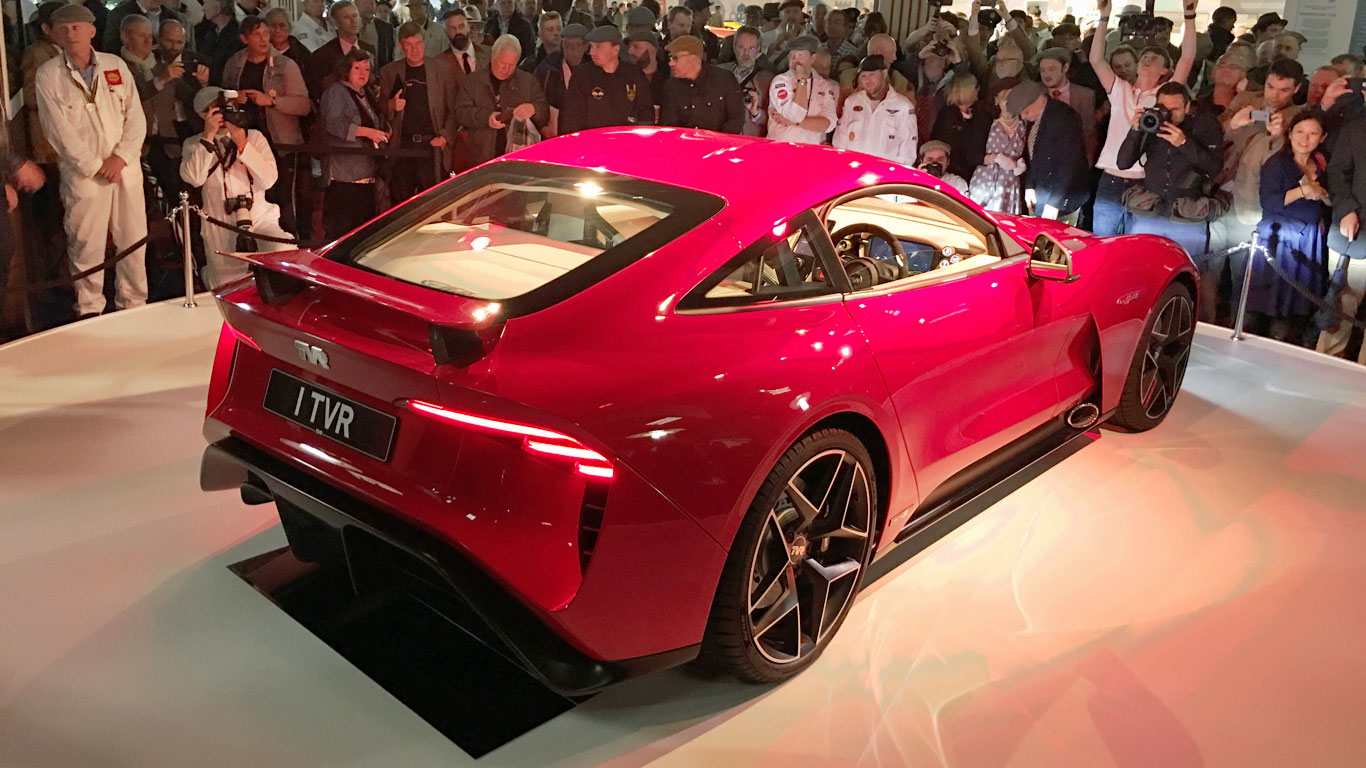 The £90,000 TVR Griffith Launch Edition will start the ball rolling with new TVR production from late 2018. Specific Launch Edition colours will be offered within a broad range of hues, and owners will also be able to pay extra for custom paint jobs.

A set of unique Launch Edition wheels will be fitted, and the interior will have full leather as standard, again in a limited number of bespoke colours.

Only 500 Griffith Launch Editions will be built: many have already been ordered, and the firm says there are just “a small number of allocations still available”.