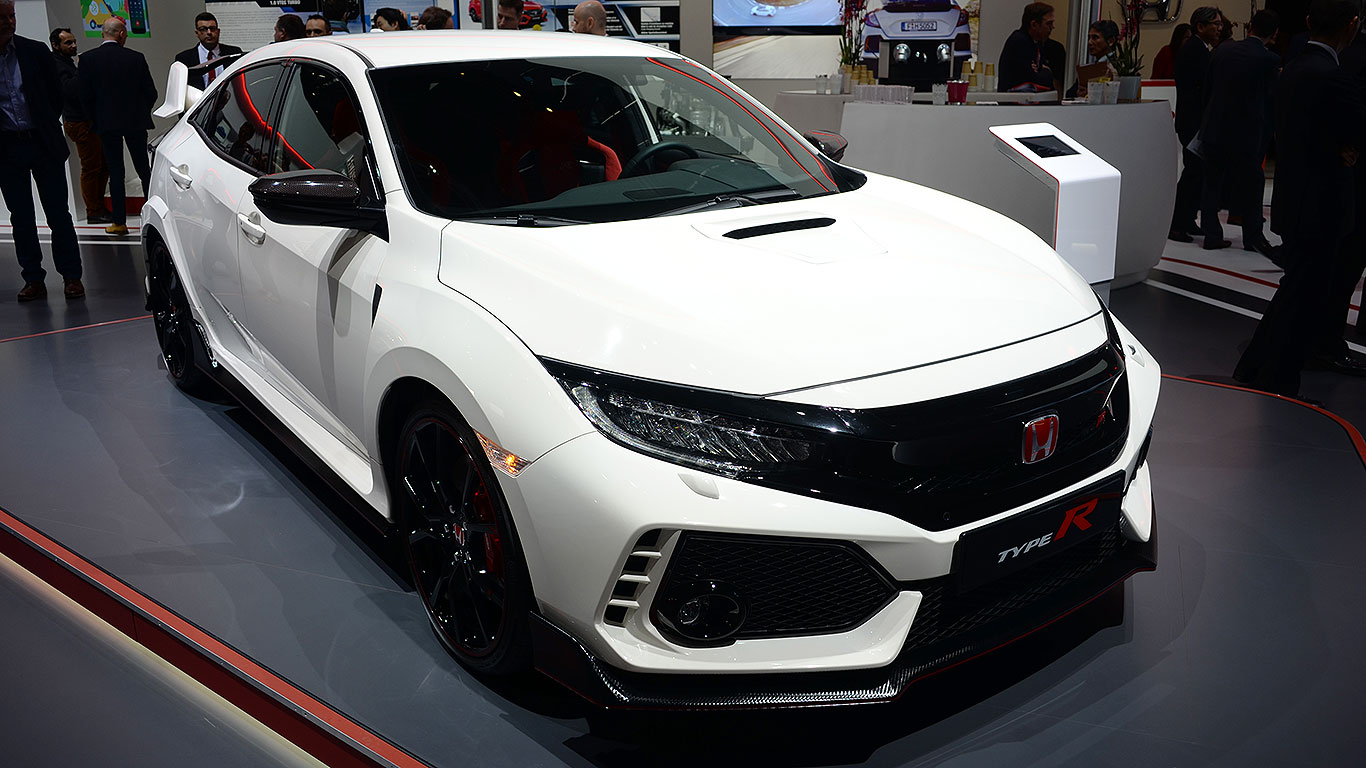 Honda’s latest version of the Civic hot hatch: now into its fifth iteration. Although the previous-generation car seems to have only just been released, Honda’s made a big effort to have a quick version of the latest Civic available early. Most importantly, this new Type R is set to be exported from Honda’s UK factory across the globe, including to the USA for the first time. Previously the North American market had been denied the ultimate Civic. 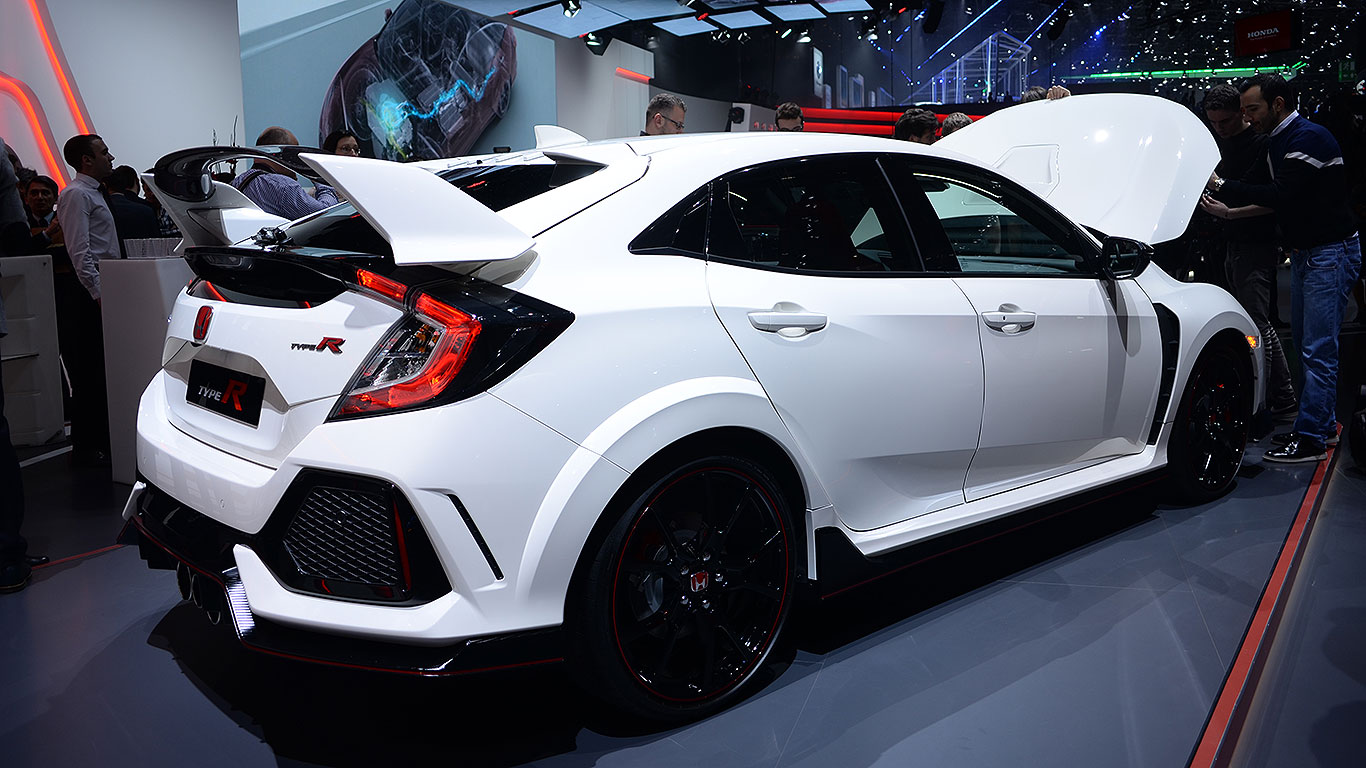 Powering the front wheels is a revised version of the 2.0-litre VTEC turbo engine from the last Type R. Power has been increased by 10hp to 320hp, whilst torque has remained the same at 295lb ft. A six-speed manual gearbox is the only transmission on offer, but it does have the ability to match revs for you. 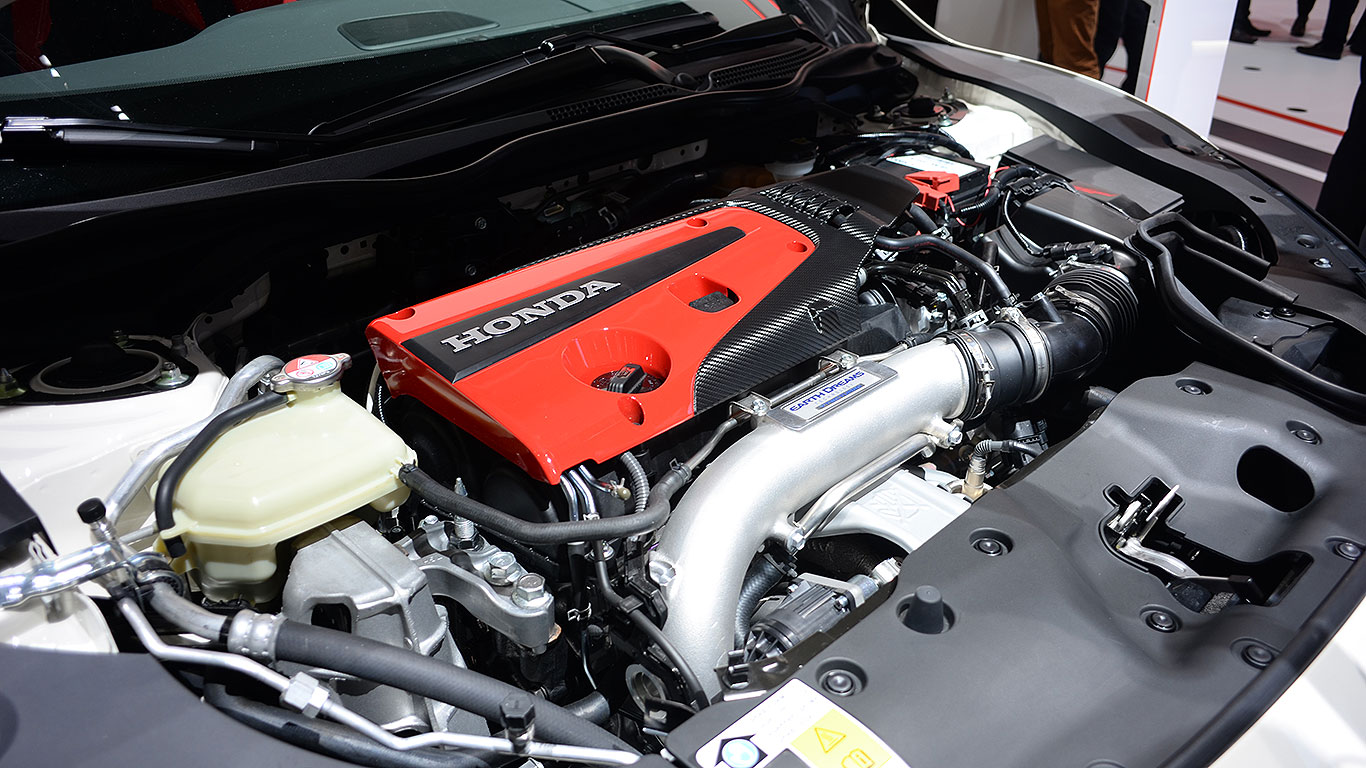 There are no official figures yet, but safe to say it will be quicker than the outgoing car. That means 0-62mph in less than 5.7 seconds, and the potential for a top speed even higher than 167mph. There will be a new Nürburgring lap time set, too. 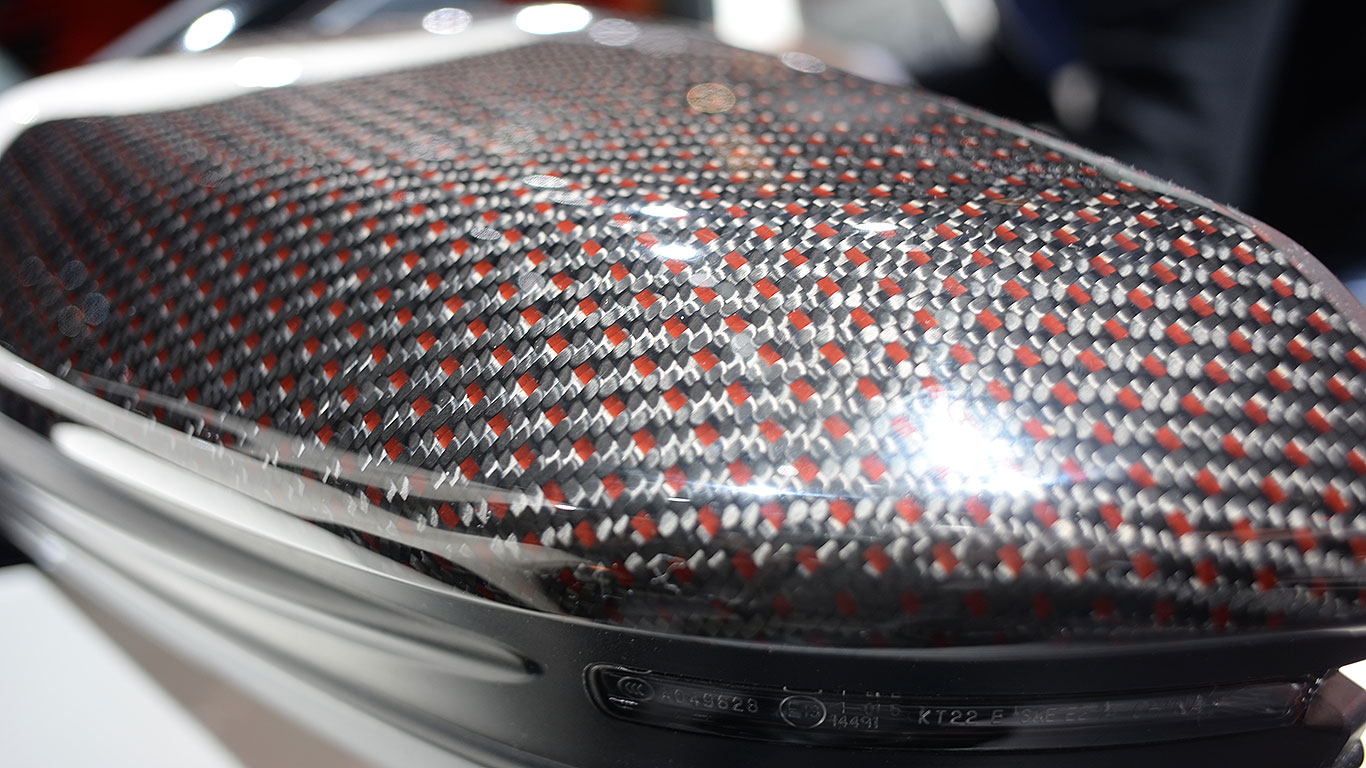 The technology that really makes a difference on the new Civic Type R relates to its crazy and complex aerodynamic styling. Honda claims the new car has class-leading balance, lift and drag, helping with high speed stability. This includes the dramatic rear wing, vortex generators built into the roofline, plus a race-car-like smooth underbody. 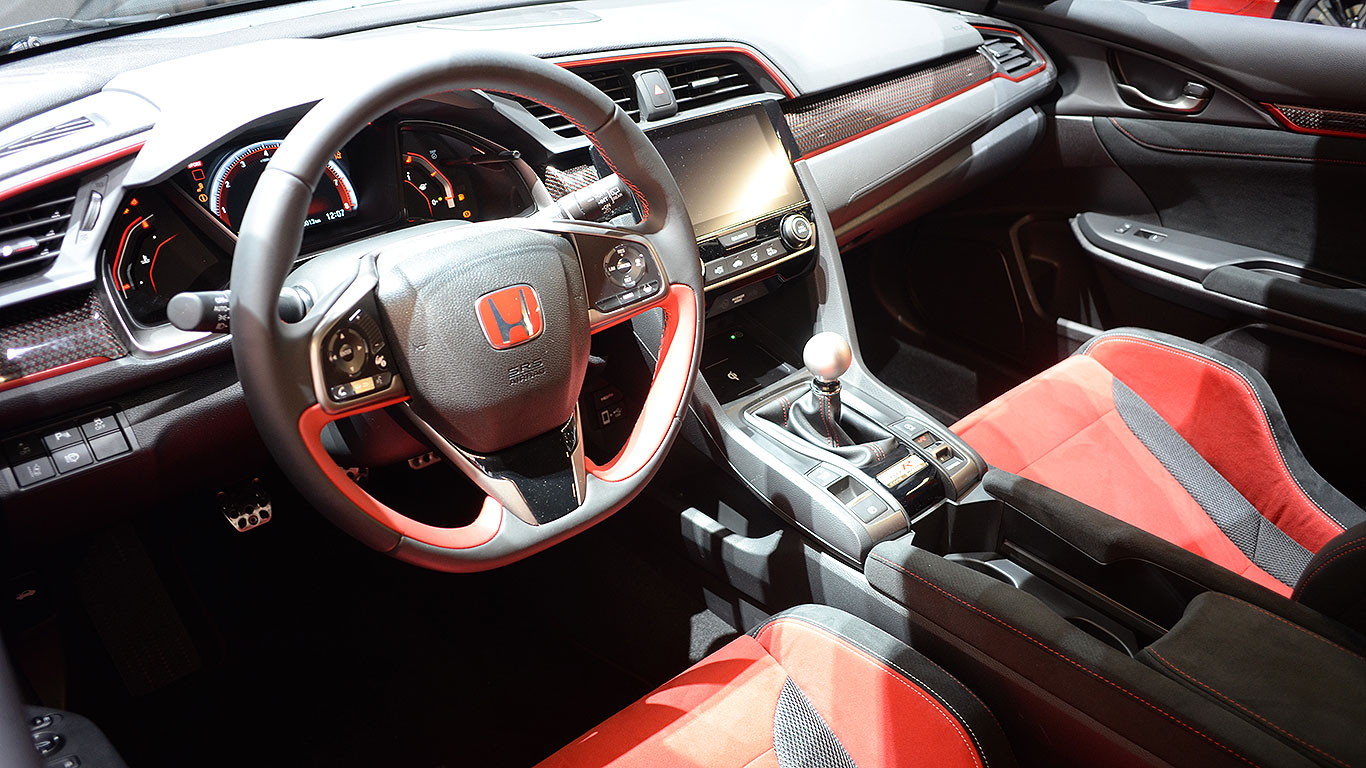 Dark and brooding is the interior theme Honda has gone for, with a set of bright red sports seats illuminating the gloom. There are also dashes of carbon fibre trim and a lightweight aluminium gear knob for good measure. Drivers get a choice of driving modes, with Comfort, Sport, or intense ‘R+’ mode on offer. 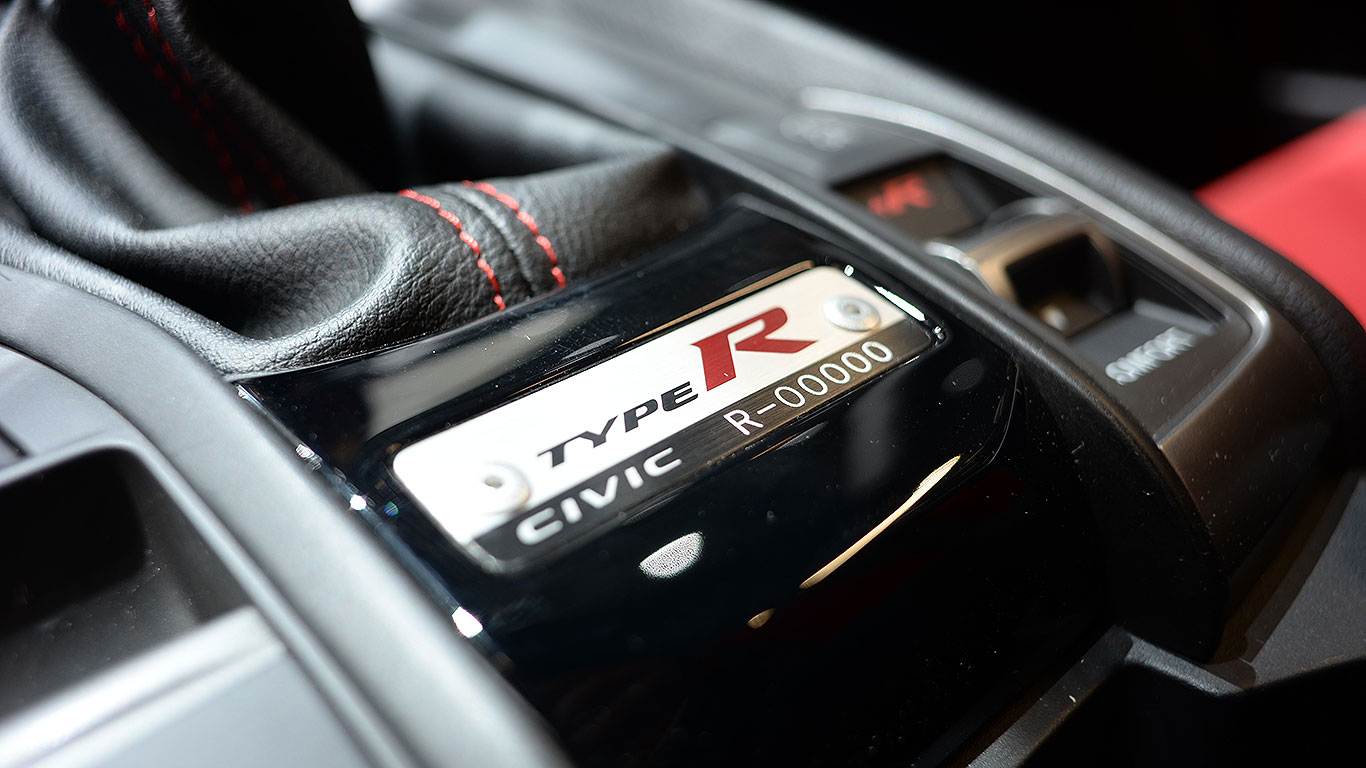 No prices have been announced yet, but the new Type R is expected to cost slightly more than the £30,000 price of the outgoing model in the UK. We expect global pricing will also be competitive. 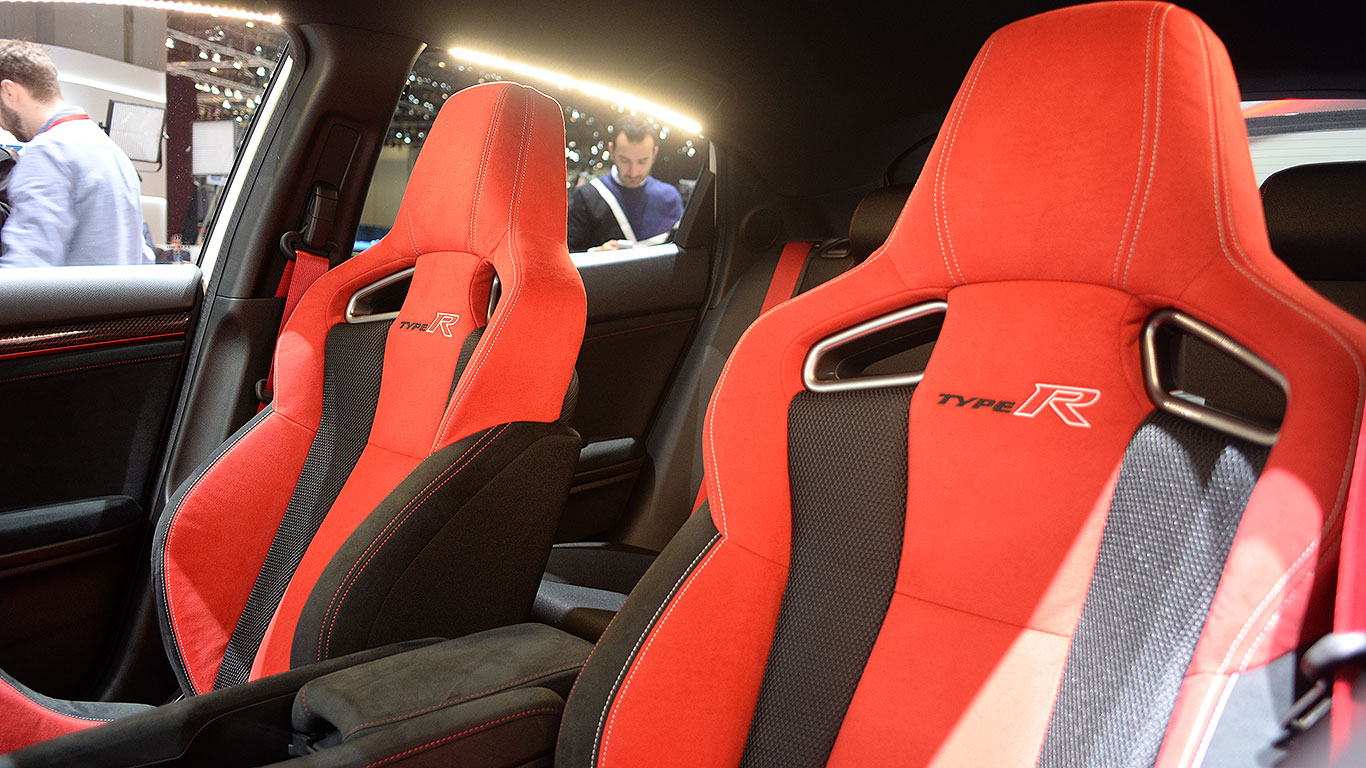 The hot hatch market is ultra-competitive at present, and the new Type R will face a range of opponents. The Volkswagen Golf R and Ford Focus RS will be two of the toughest challengers, along with a recently revised Seat Leon Cupra 300 and a Renaultsport version of the new Megane. 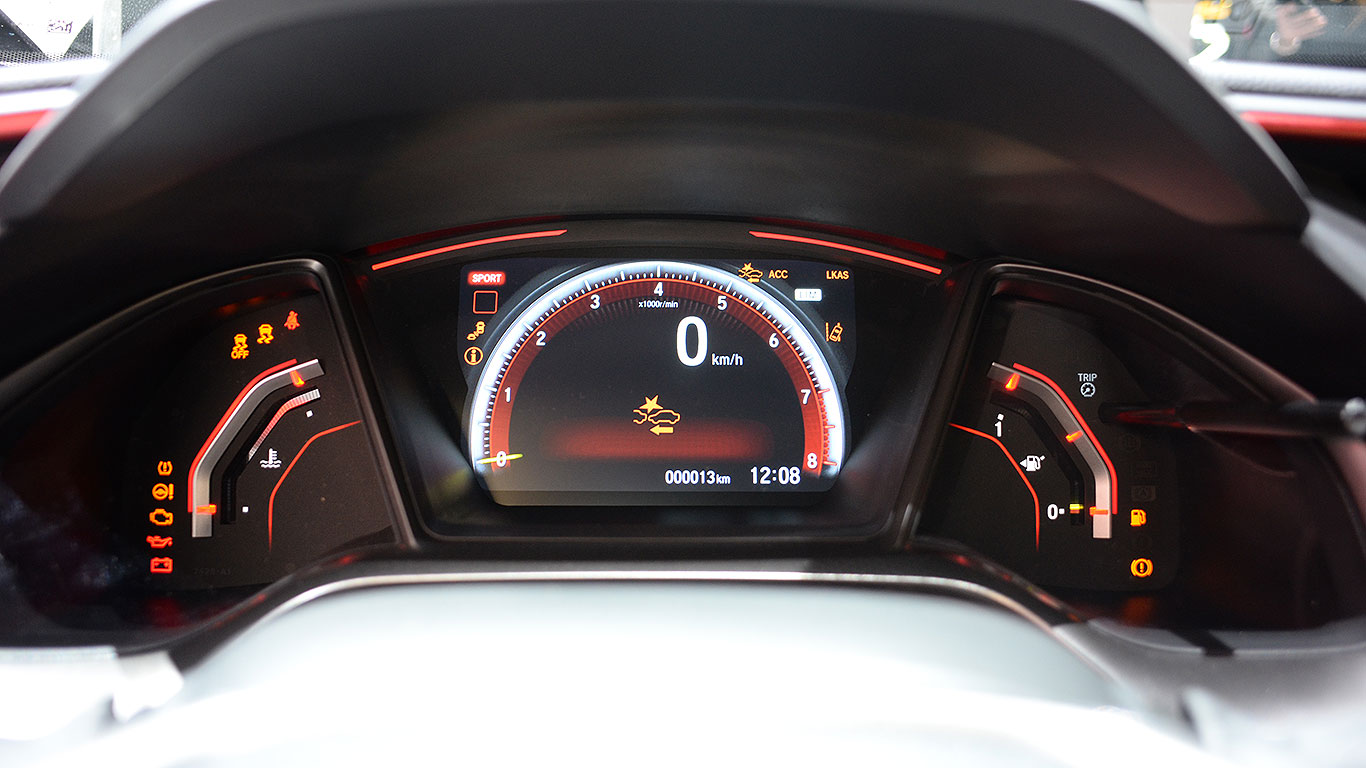 Production of the new Civic Type R is set to start in the summer of 2017, at Honda’s UK factory in Swindon. Exact dates to start harassing your local dealership about placing an order will be confirmed soon, along with prices. 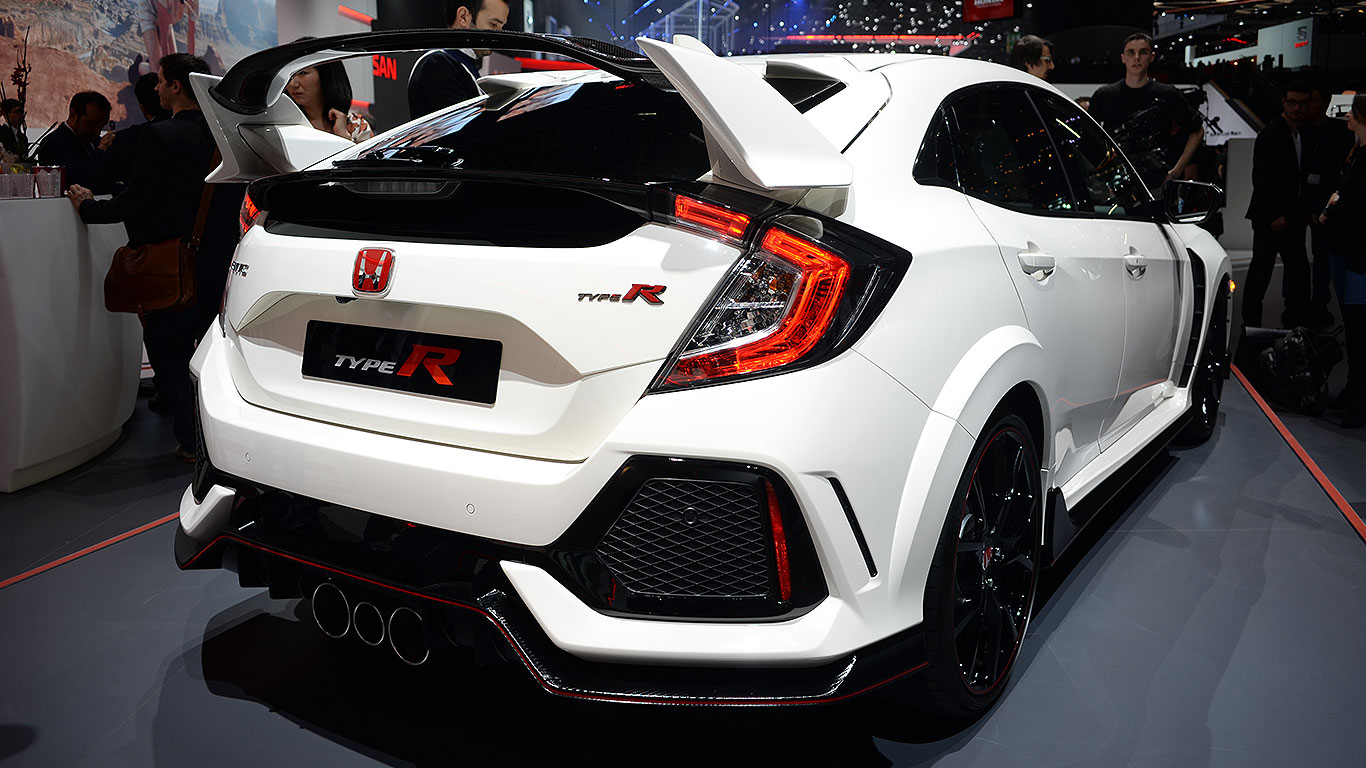 The latest Type R is already generating a bigger buzz than the three exhaust tailpipes it has fitted. By taking the already crazy outgoing car, adding more power and revising the aerodynamics, this Type R will set internet message boards alight. 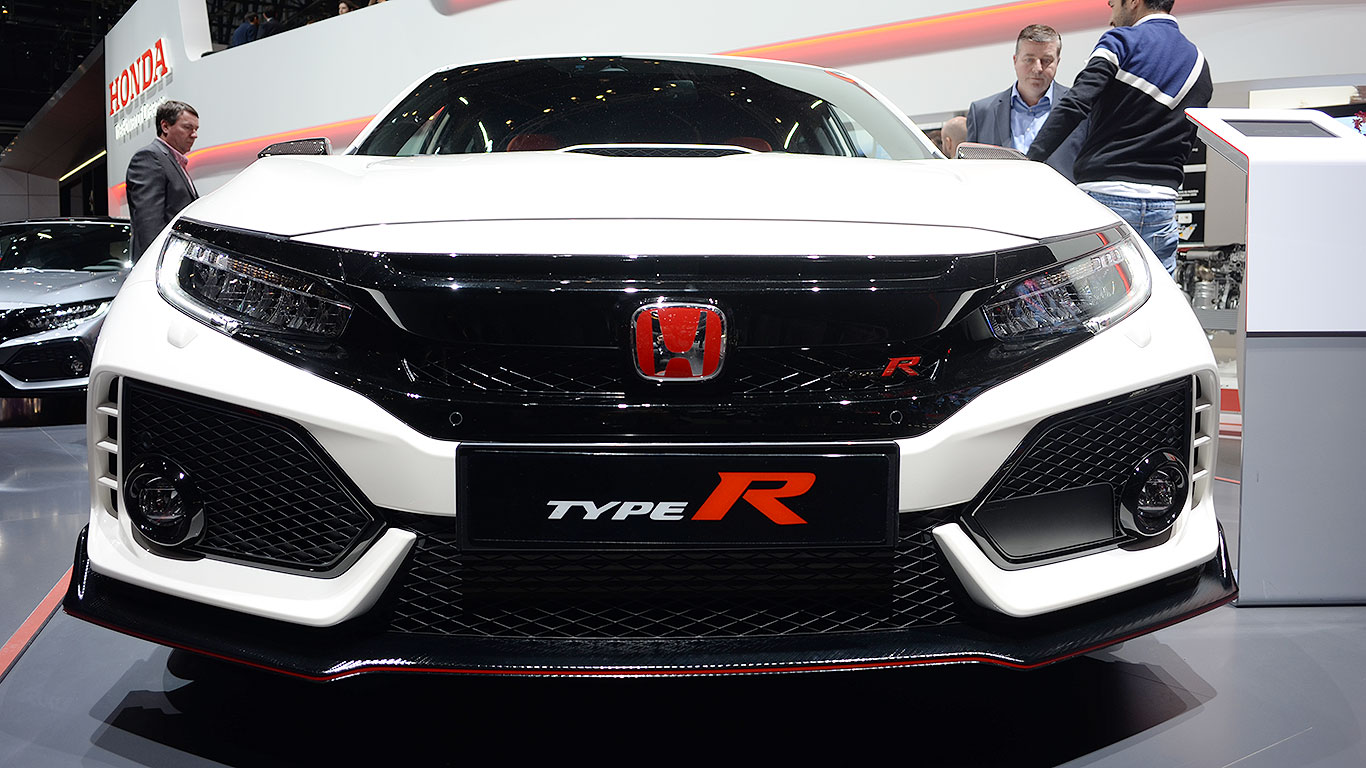 We were a little unsure about the styling of the latest Civic hatchback, with its propensity for multiple angles. The Type R takes this approach and multiplies it, but it makes more sense on an aggressive hot hatch. If Honda can keep the pricing competitive, it will undoubtedly find success.