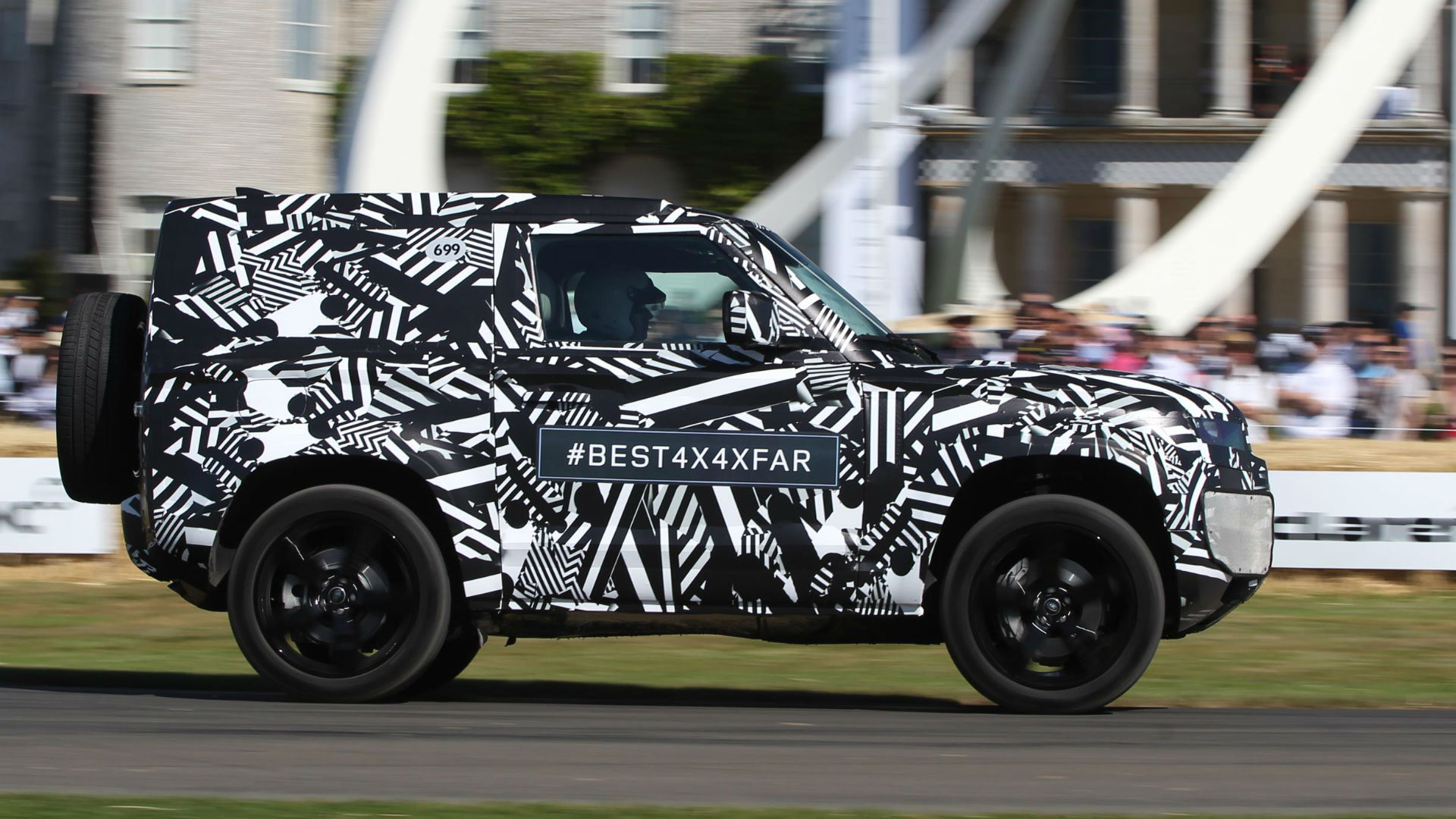 The Goodwood Festival of Speed is fast becoming the UK’s most important motor show, albeit with a difference. Here, you get to see new cars in action – and driving flat-out.

Read on for our pick of the best new metal at Goodwood 2019. 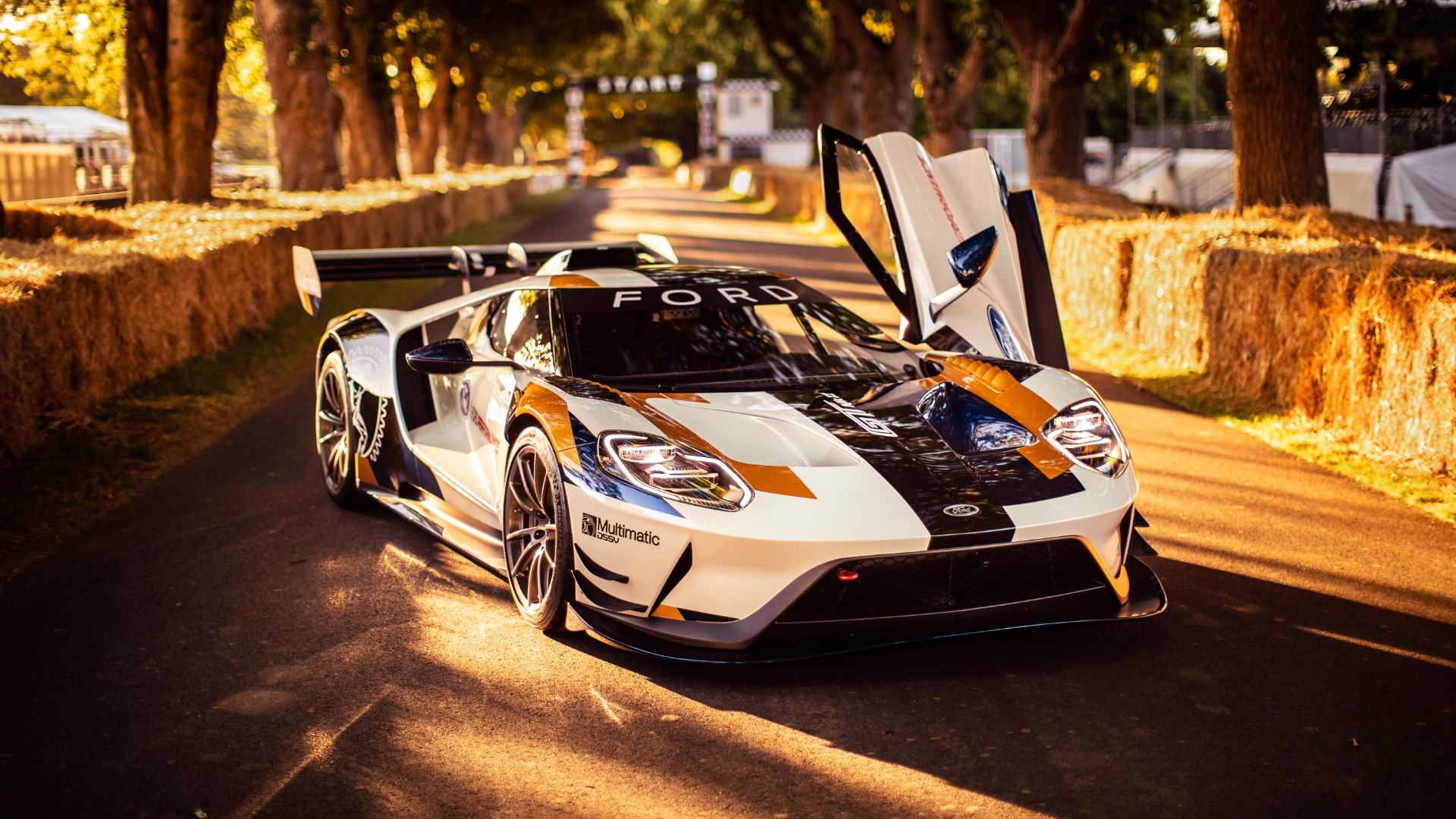 As if the modern day homologation special that is the Ford GT needed more track-attacking attitude. The be-winged MkII brings it tantalisingly close to the GTE-spec Le Mans racer. 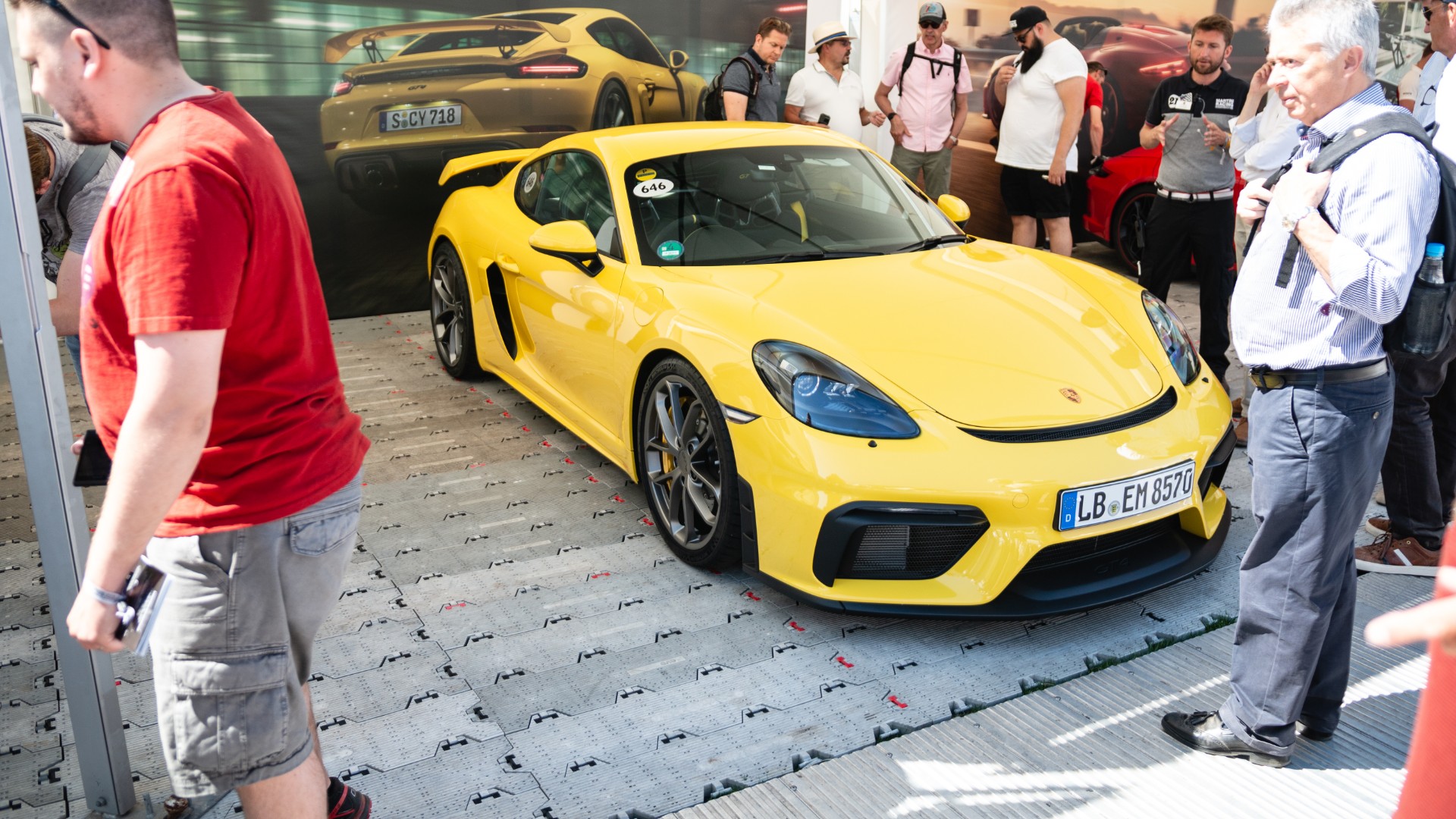 The return of what many believe to be the ultimate modern Porsche sports car. The new GT4 uses a 4.0-litre naturally aspirated version of the engine you’ll find in the new 911 Carrera S. It revs to 8,000rpm and, yes, it has a manual gearbox only. 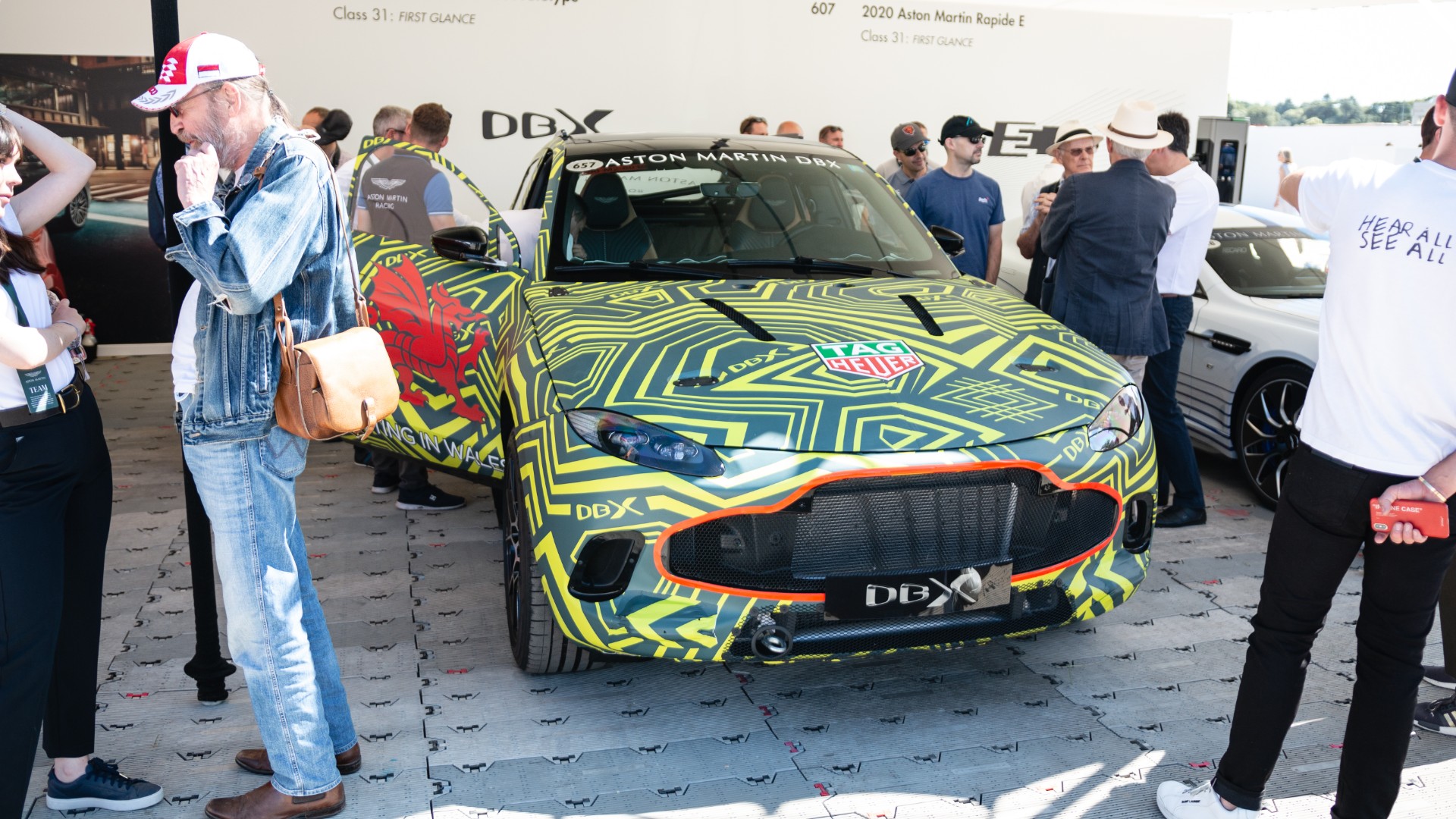 Aston Martin’s SUV has been a long time coming and it’s still not quite ready. However, it’s on show at Goodwood in prototype form (well, something had to balance out the 11,000rpm V12 hypercars). What we’ve seen so far of the DBX looks impressive. It’s a sports utility vehicle with the emphasis on ‘sports’. 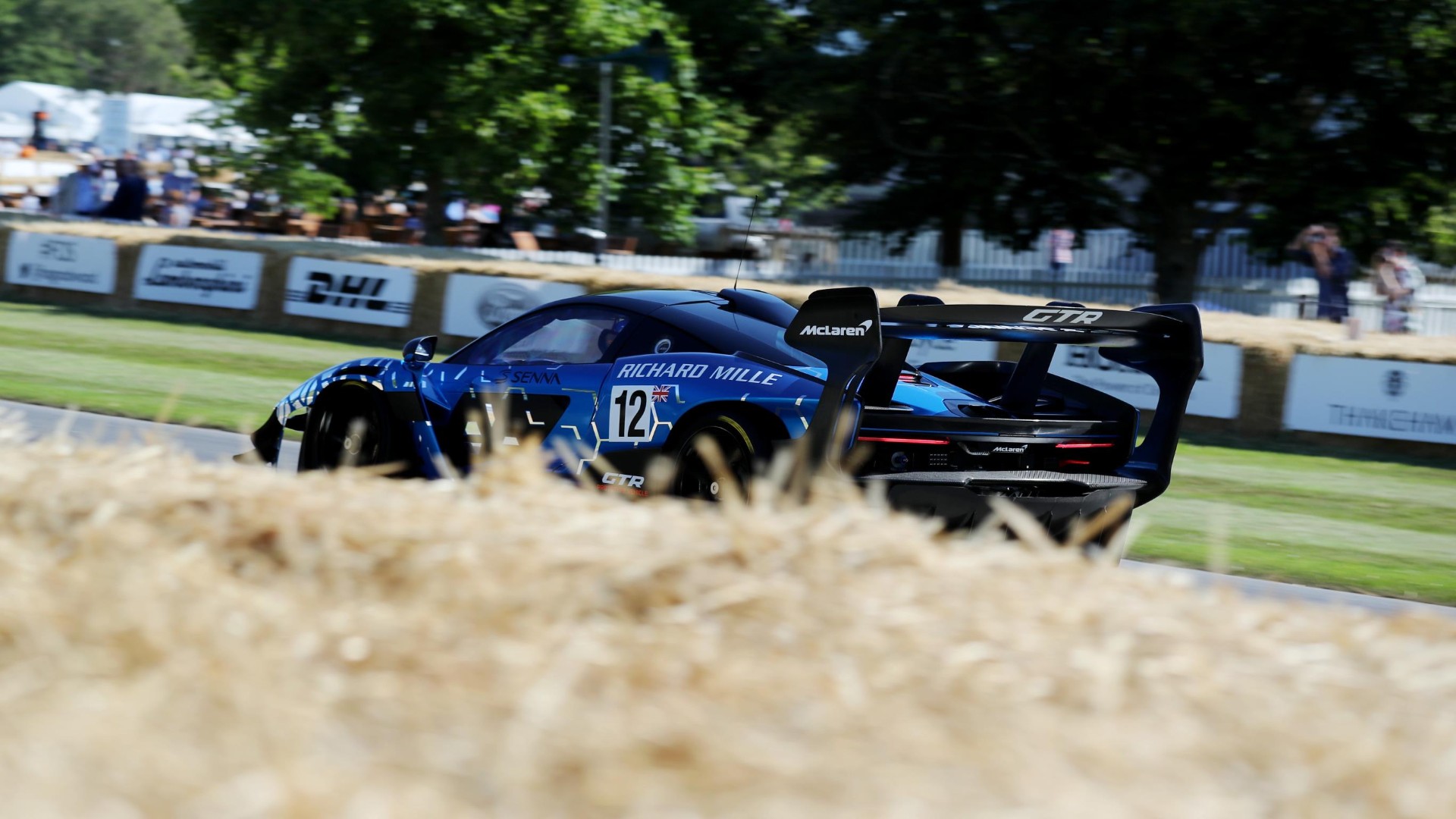 ‘Normal’ McLaren Senna not quite enough? Then you need a GTR, which takes track performance to another level. It isn’t road-legal, however, so banish any thoughts of driving one to McDonald’s. We love that mad rear wing. 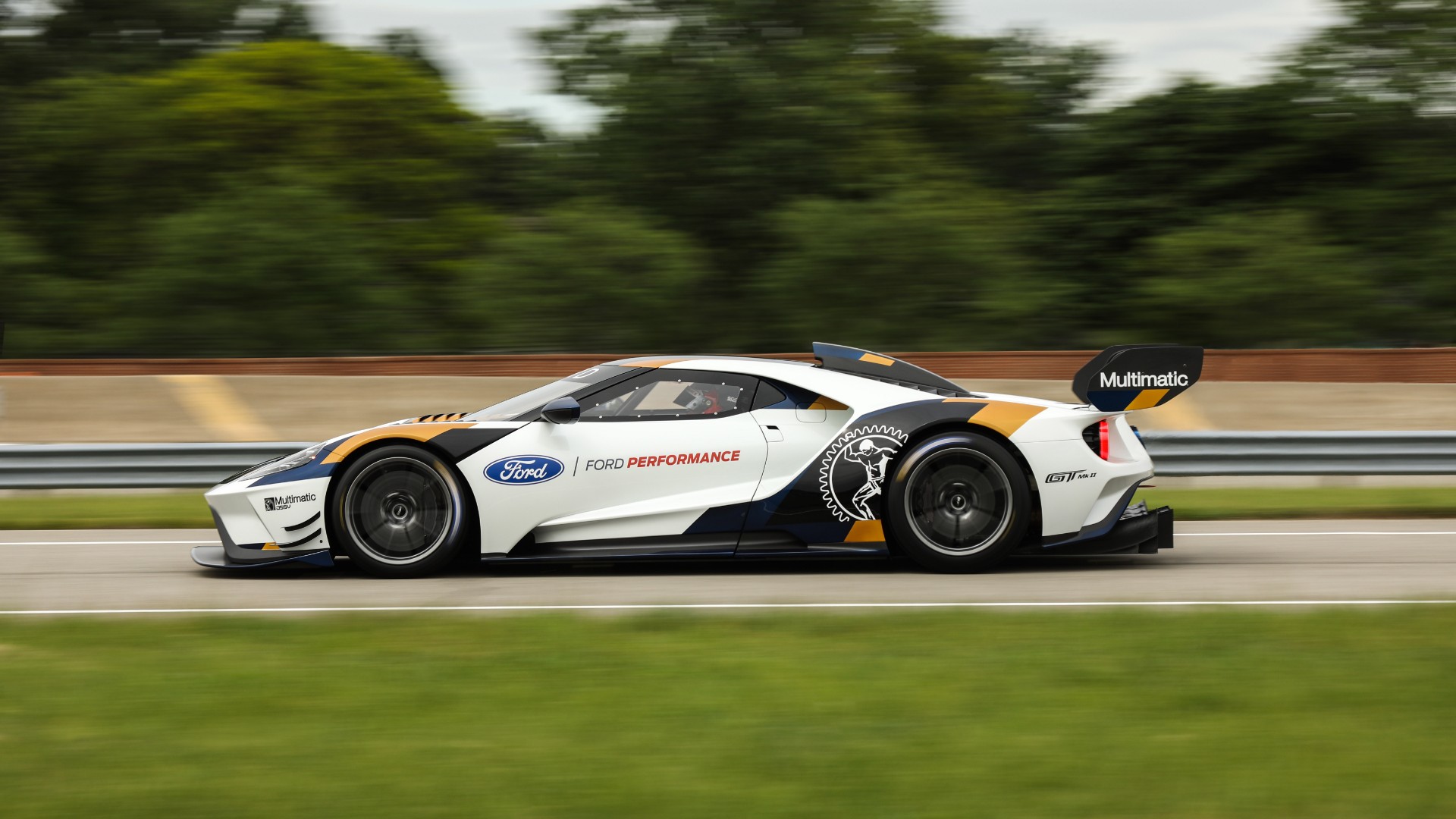 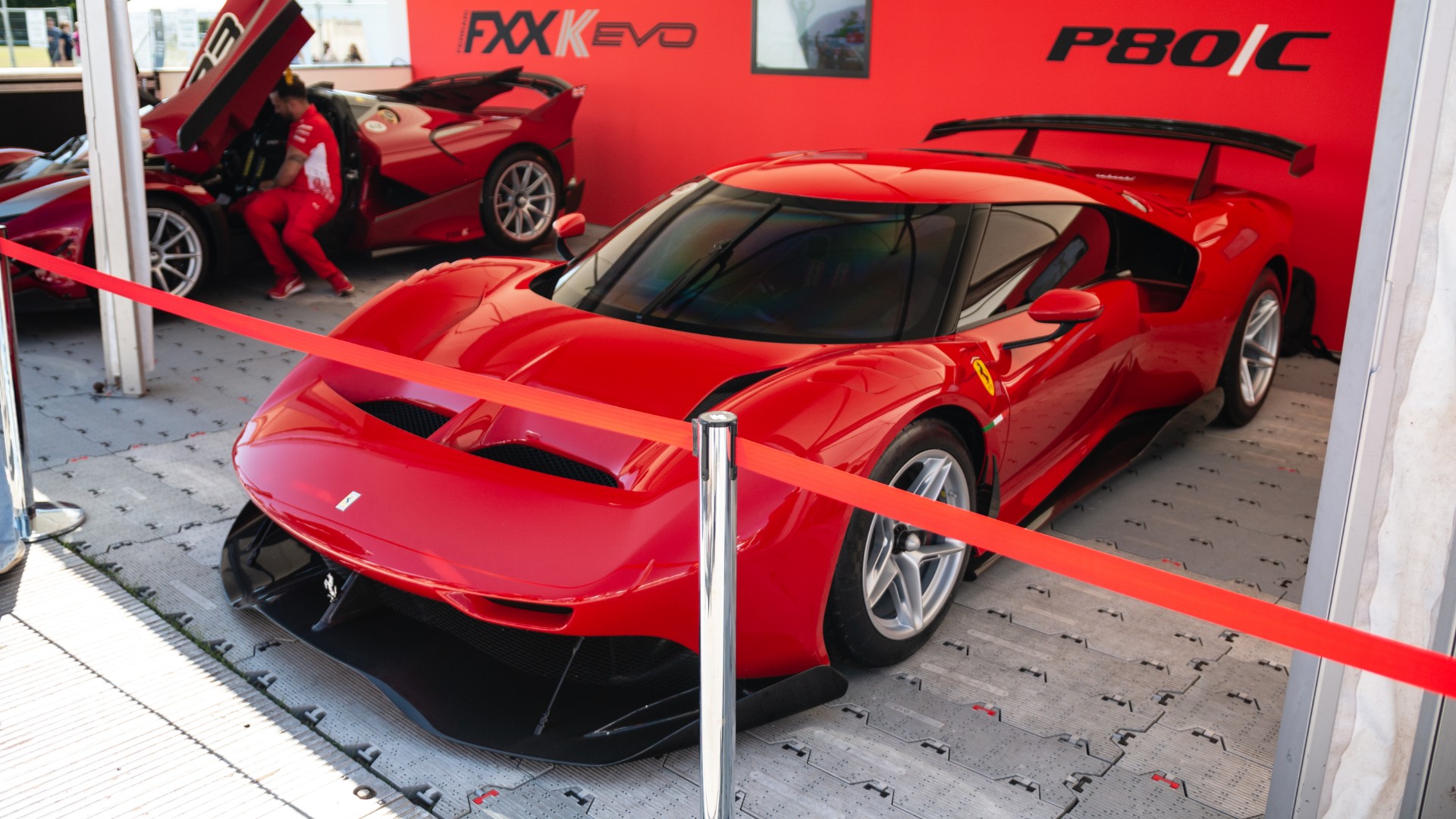 Ferrari’s latest one-off creation is a track-prepped special based on a racing car; underneath that crazy body is the blood and guts of a 488 GT3. In spite of the aggressive aero, it takes inspiration from two classics: the Dino 204 and 330 P3/4. Big tyre-tracks to follow… 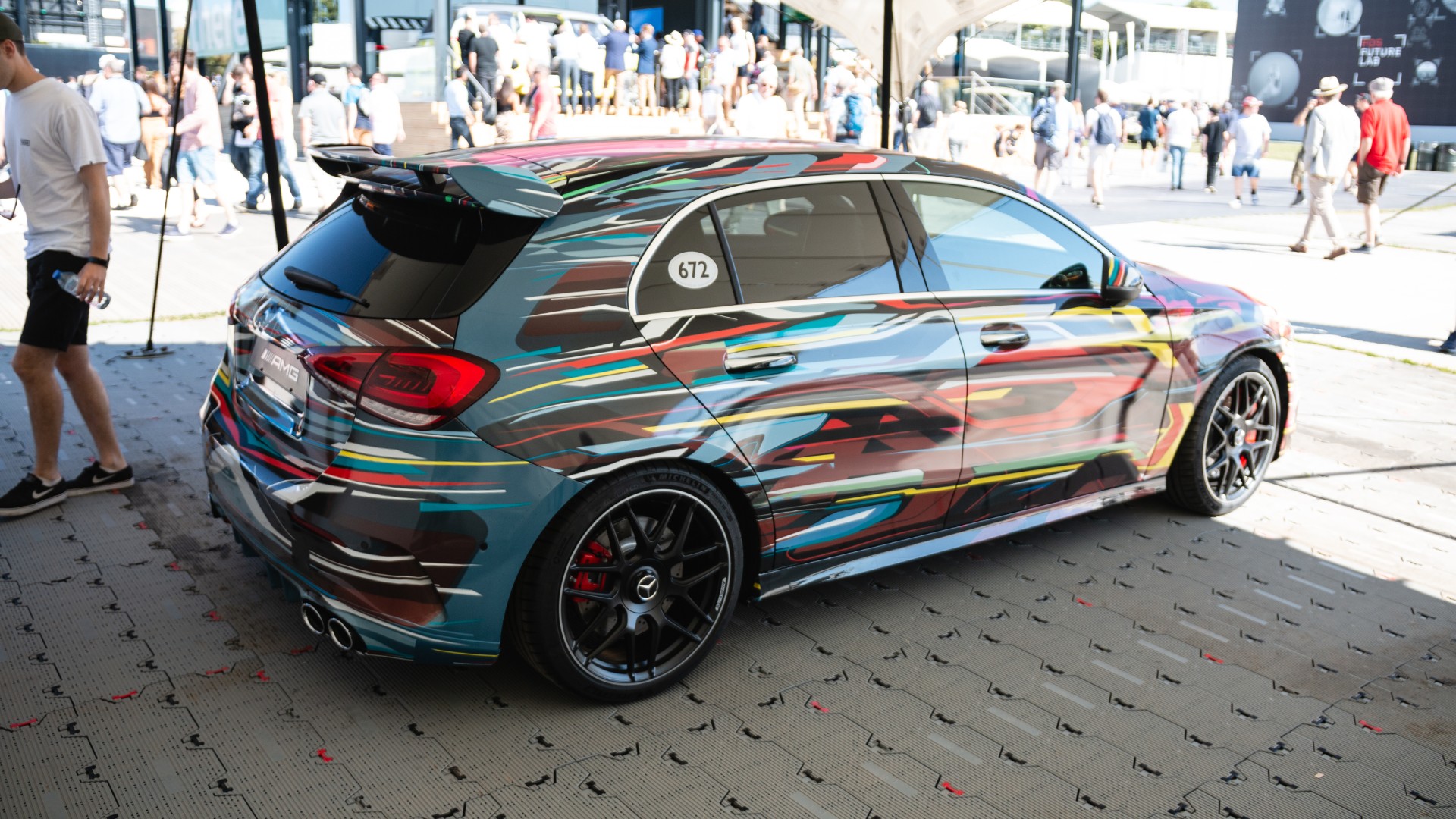 The hyper hatch wars rage on, as Mercedes-AMG debuts the latest, greatest and most monstrously powerful example yet. It’s the A45 S and it packs 421hp: only 24hp short of the new Porsche 911 Carrera S. It’ll chase the new 911 down on a back road, too, with four-wheel-drive to transfer all that grunt to the ground. 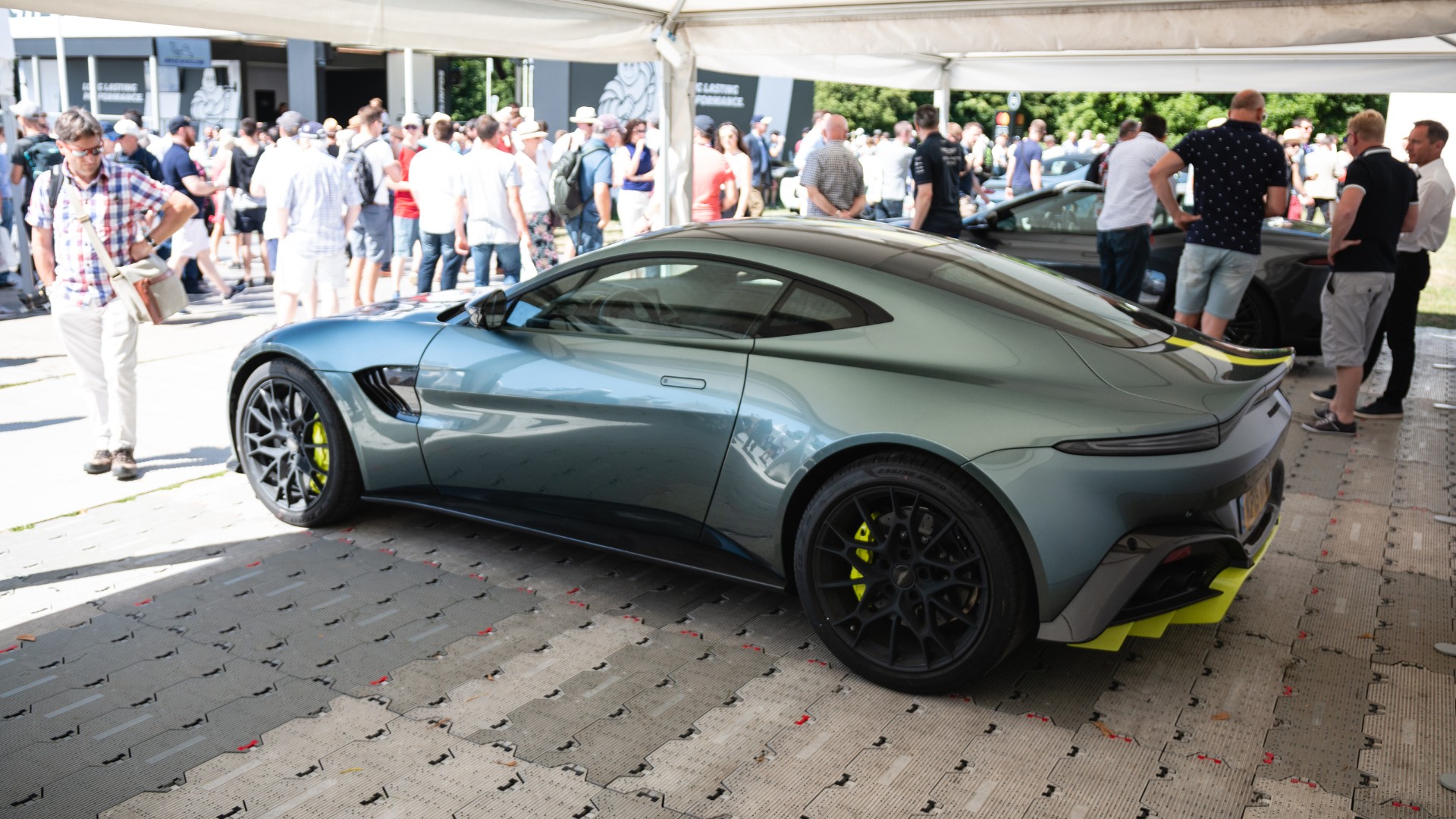 Aston Martin CEO Andy Palmer has said he wants to be the last sports car manufacturer to offer a manual transmission. The hardcore Vantage AMR is the first step toward that, swapping the eight-speed auto for a stick and three pedals. 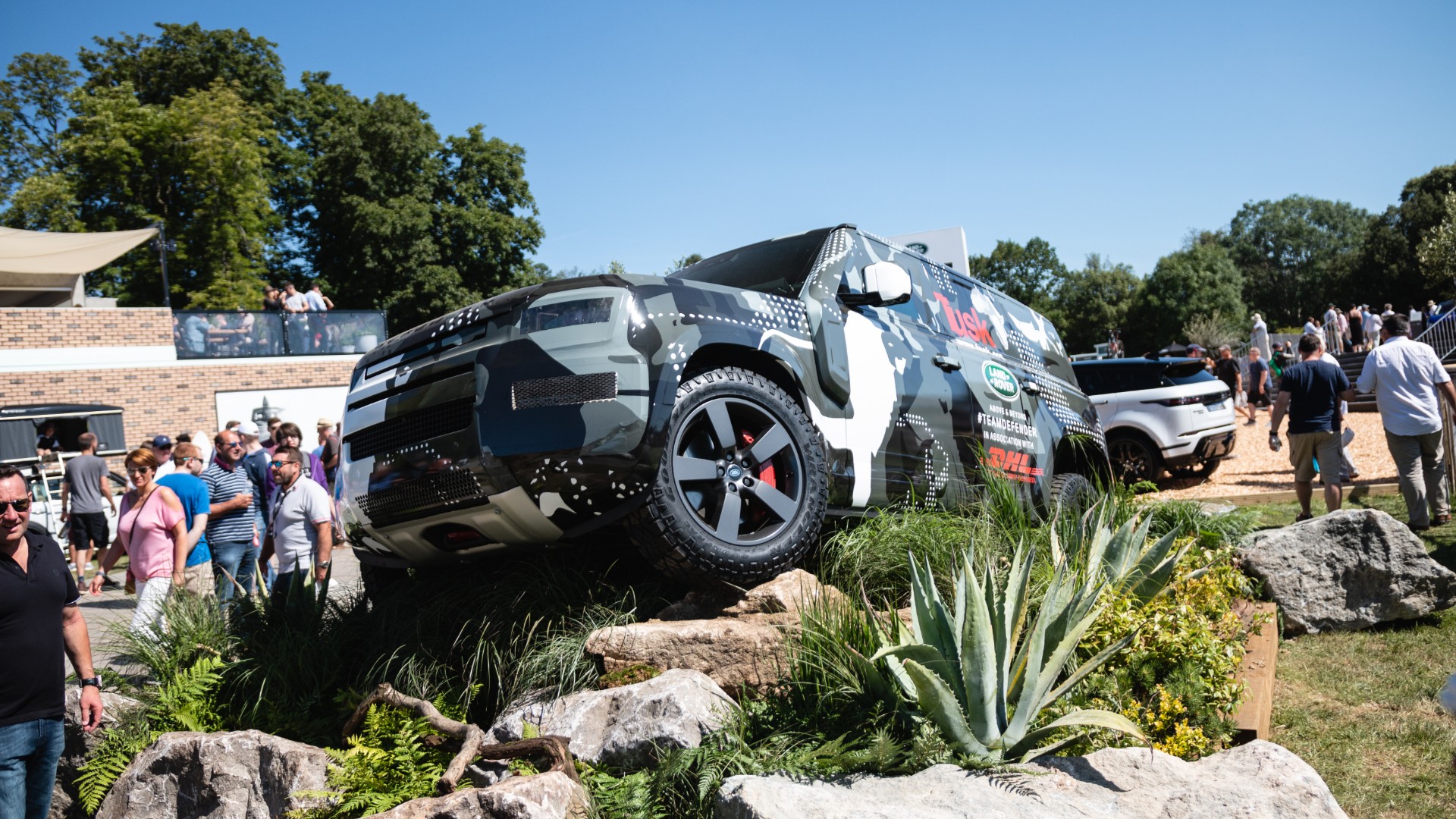 To say that this is the most important Land Rover of the decade might be an understatement. The new Defender has big boots to fill. Given this prototype has been around the world testing in the harshest of environments, it’s looking good so far. 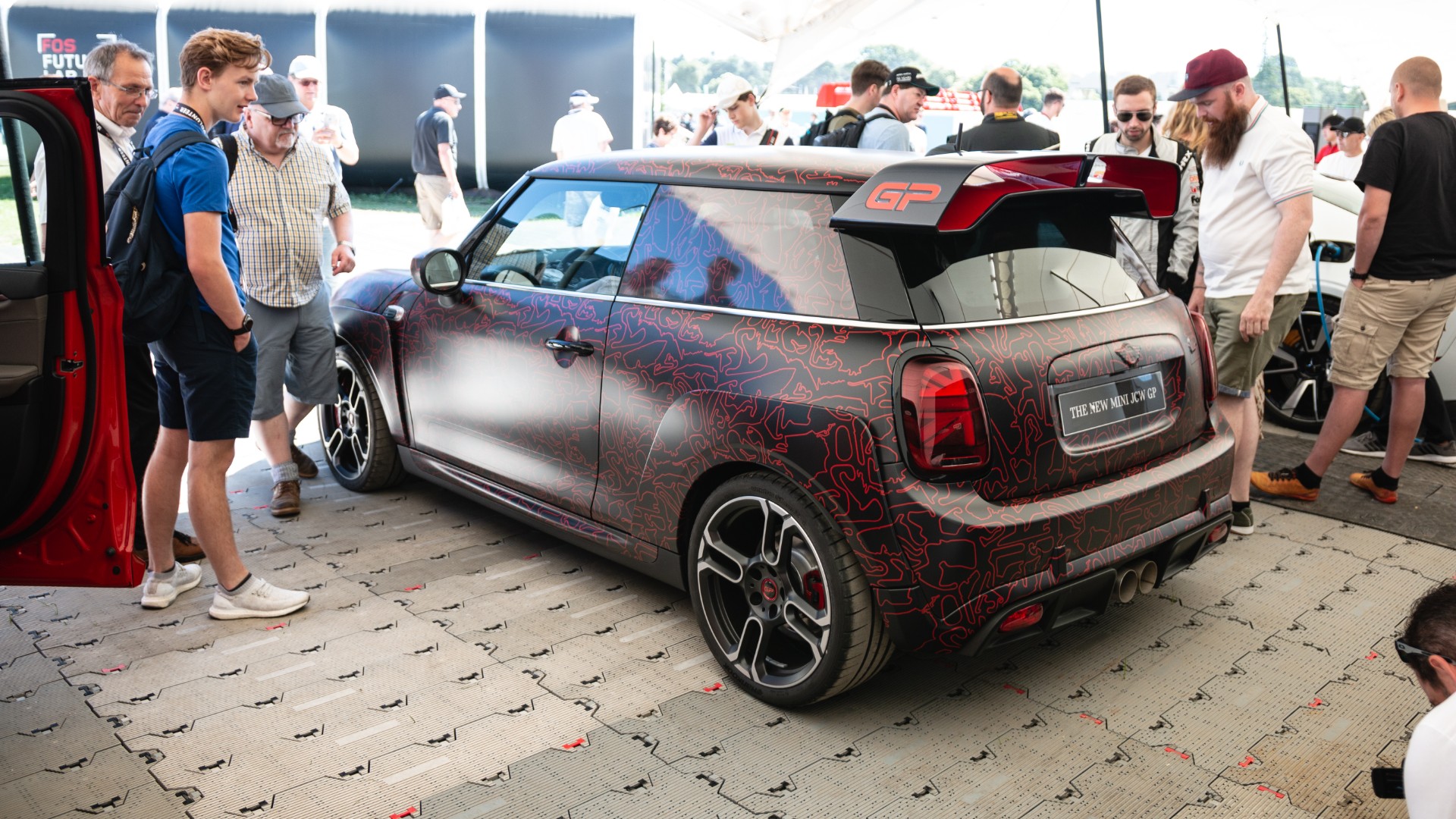 The coolest modern Minis are always the mad GP versions they make to send off outgoing models with a bang. The new GP should have more power than ever, with upwards of 300hp and meaningful downforce from a new body kit. It’s no family hatch, either: the back seats are whipped out in favour of a brace bar for added stiffness. 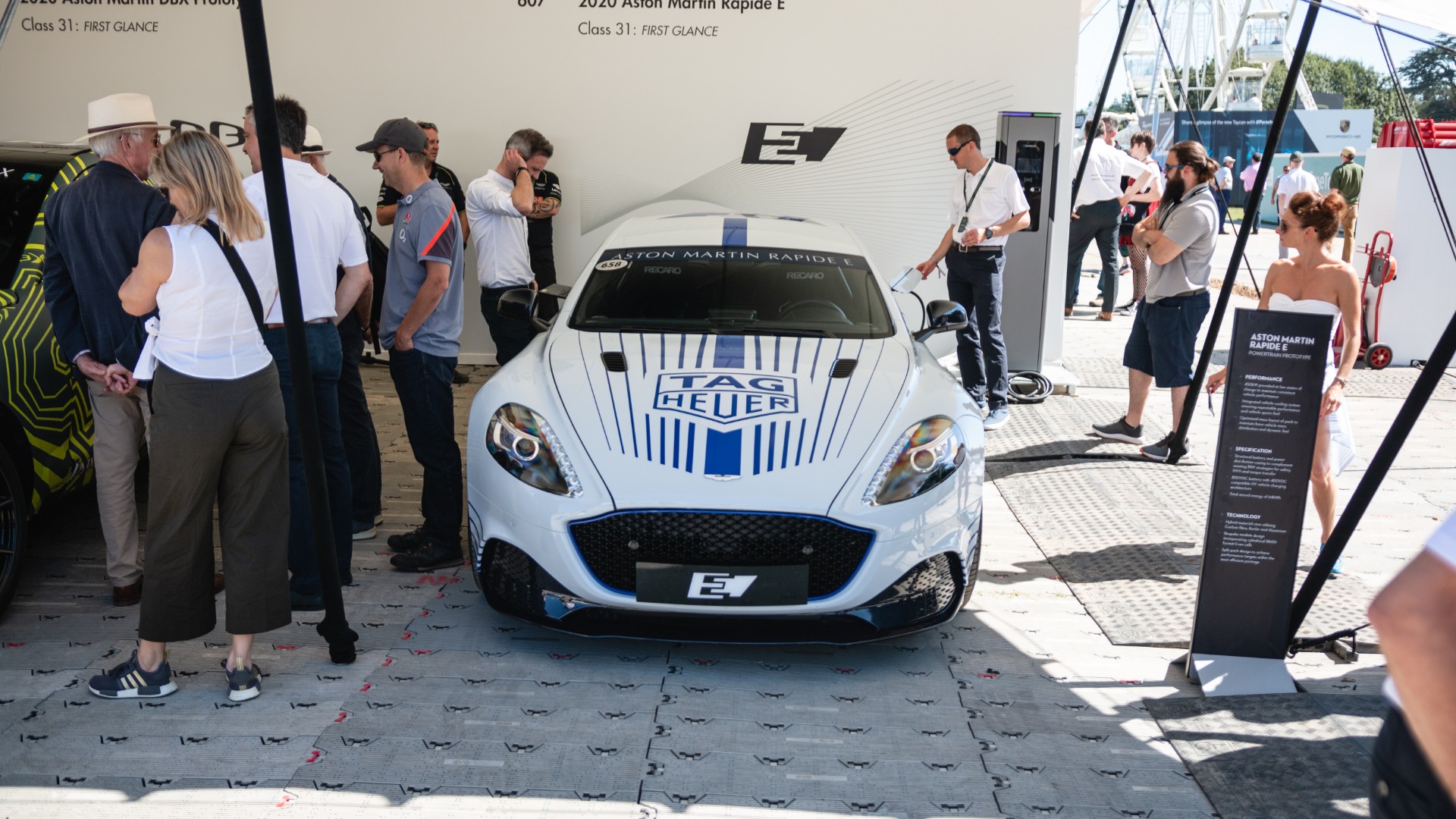 It’s a brave new world, as Aston Martin ditches its V12 for a bank of batteries. The limited-run Rapide E will serve as a test-bed for electric tech that will eventually find its way into future Lagonda luxury EVs. 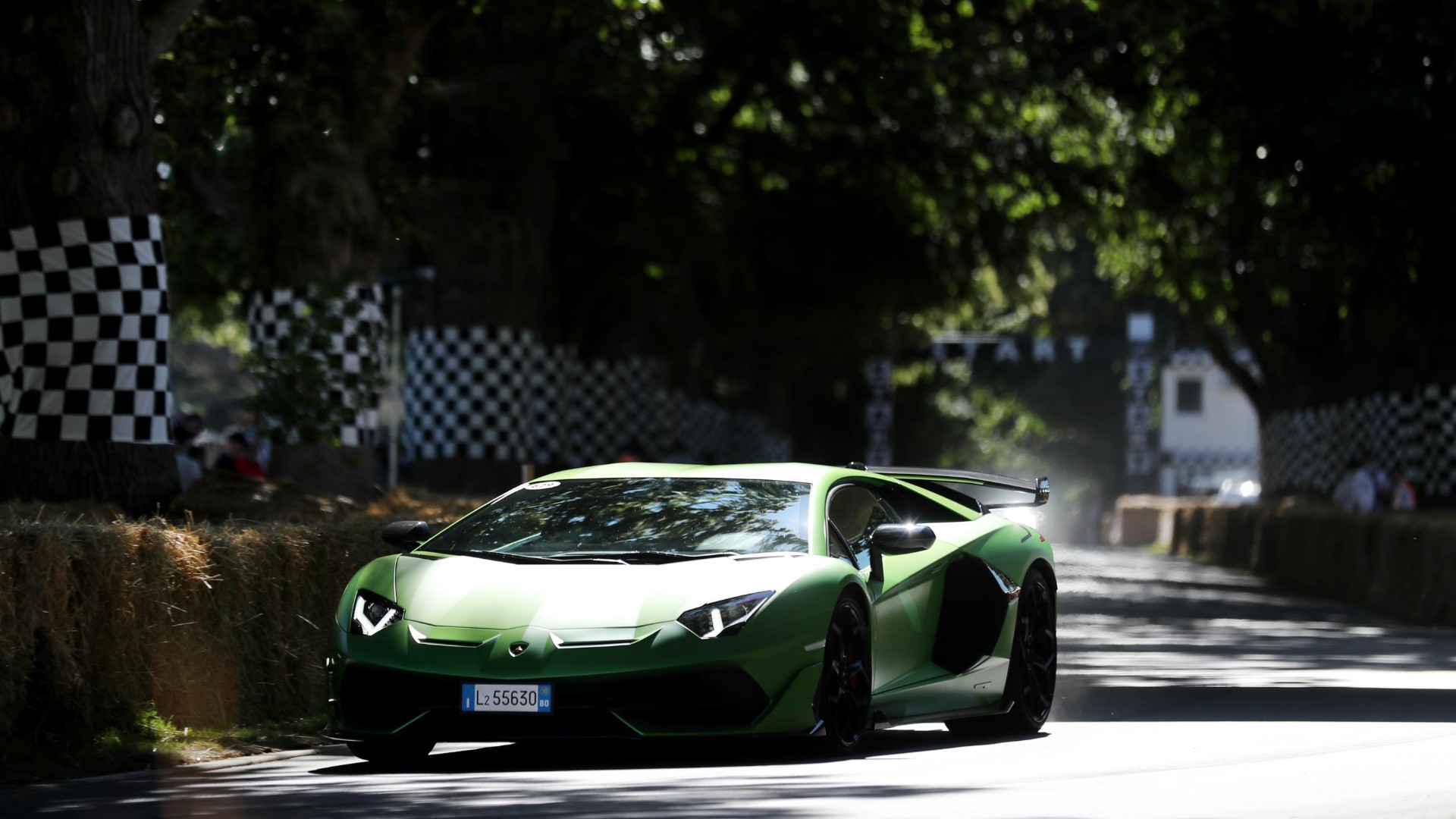 Lamborghini’s Aventador SVJ is the swansong for its flagship V12 supercar. Packing clever aerodynamics and a 760hp V12, we reckon it’s thoroughly deserving of the iconic ‘Jota’ nameplate. 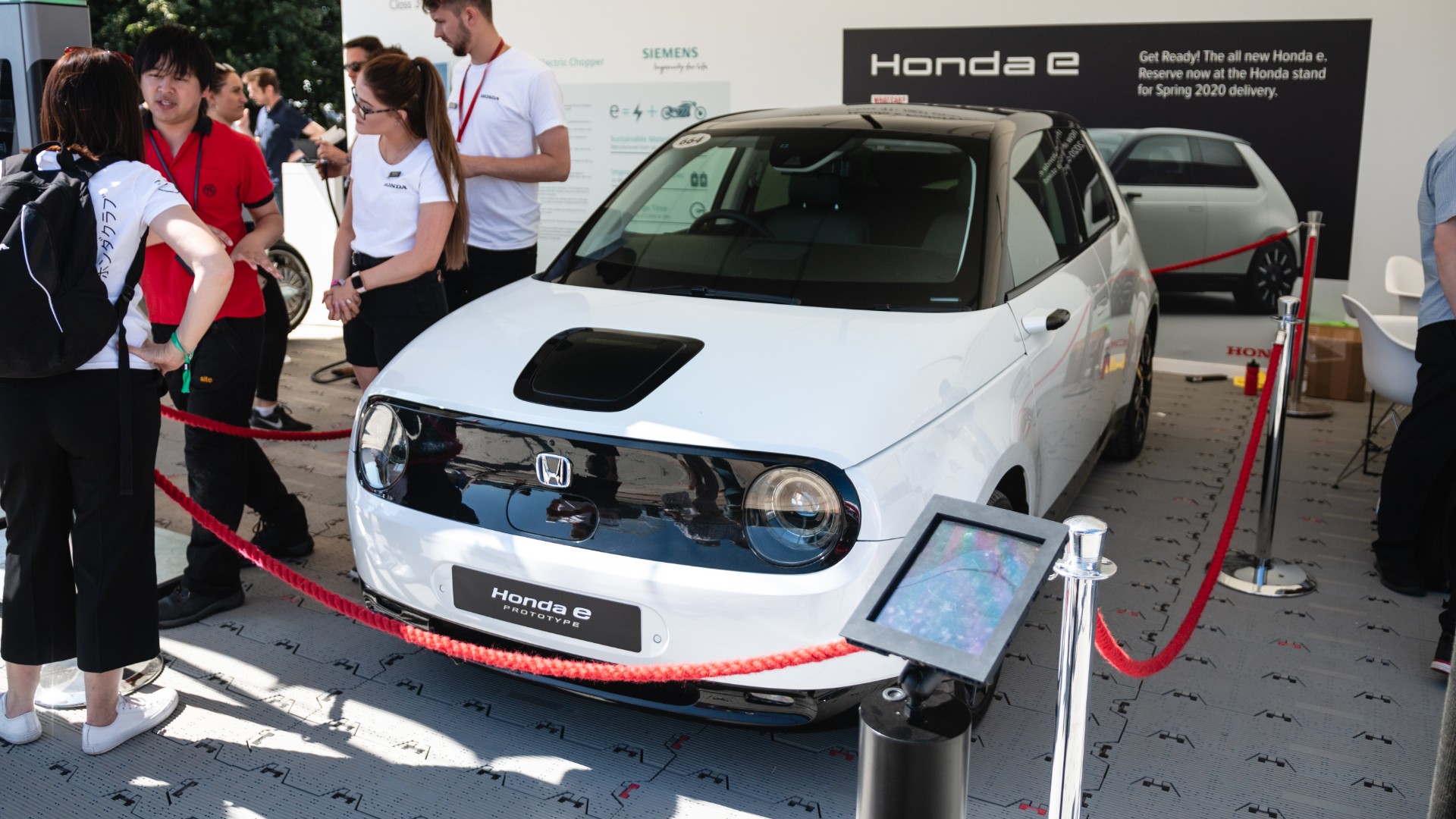 One of the hottest cars of the moment is a tiny EV from Japan. Honda wants the e to be ‘the iPhone of cars’. If you like what you see at Goodwood, you can reserve one for just £800 (fully refundable). 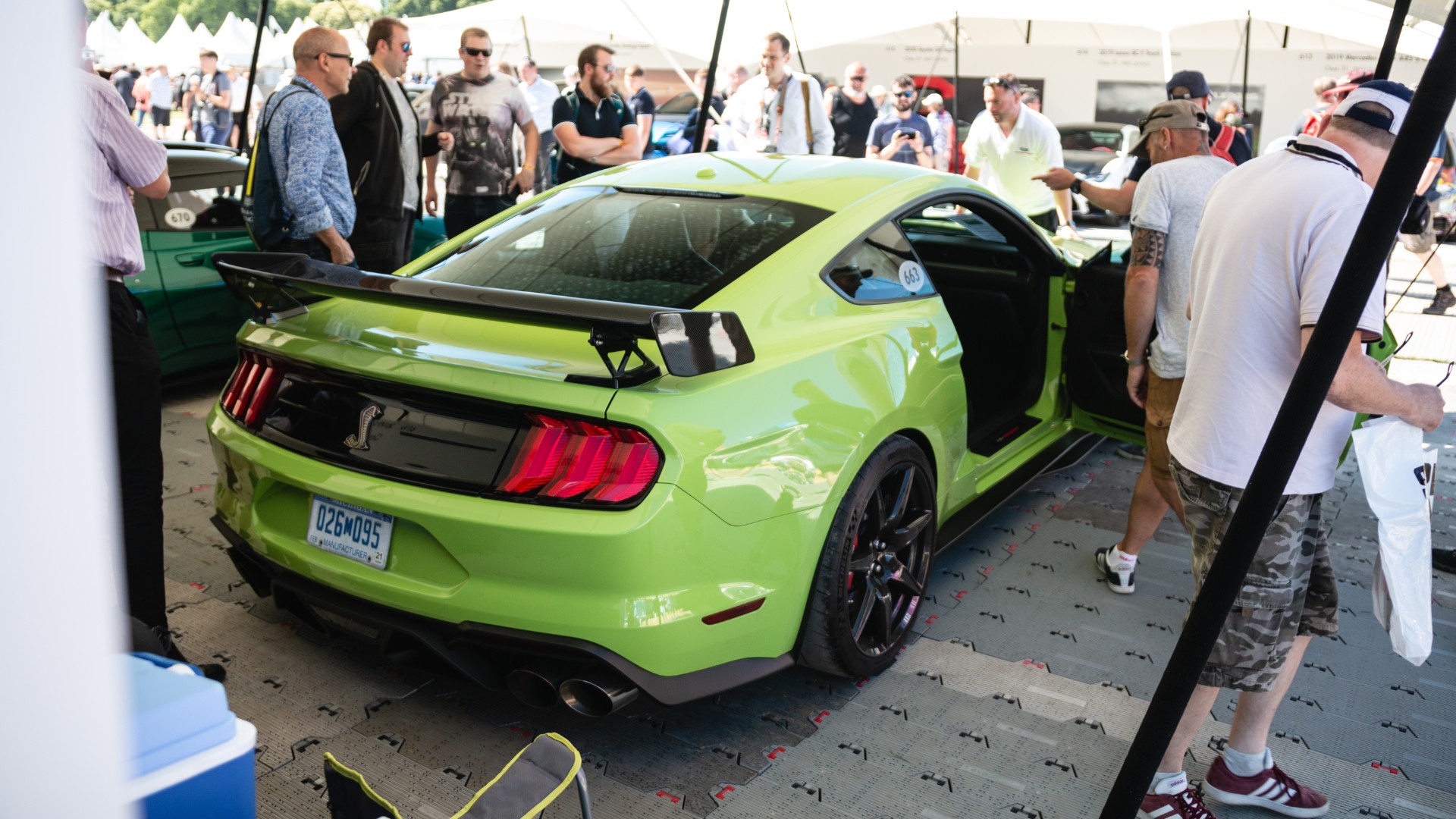 Ford’s pony car gets more than 760hp of supercharged muscle for 2020. It’s not all about straight-ahead speed, though. A dual-clutch gearbox adds some sophistication, while aggressive bodywork and a rear wing serve up real downforce. 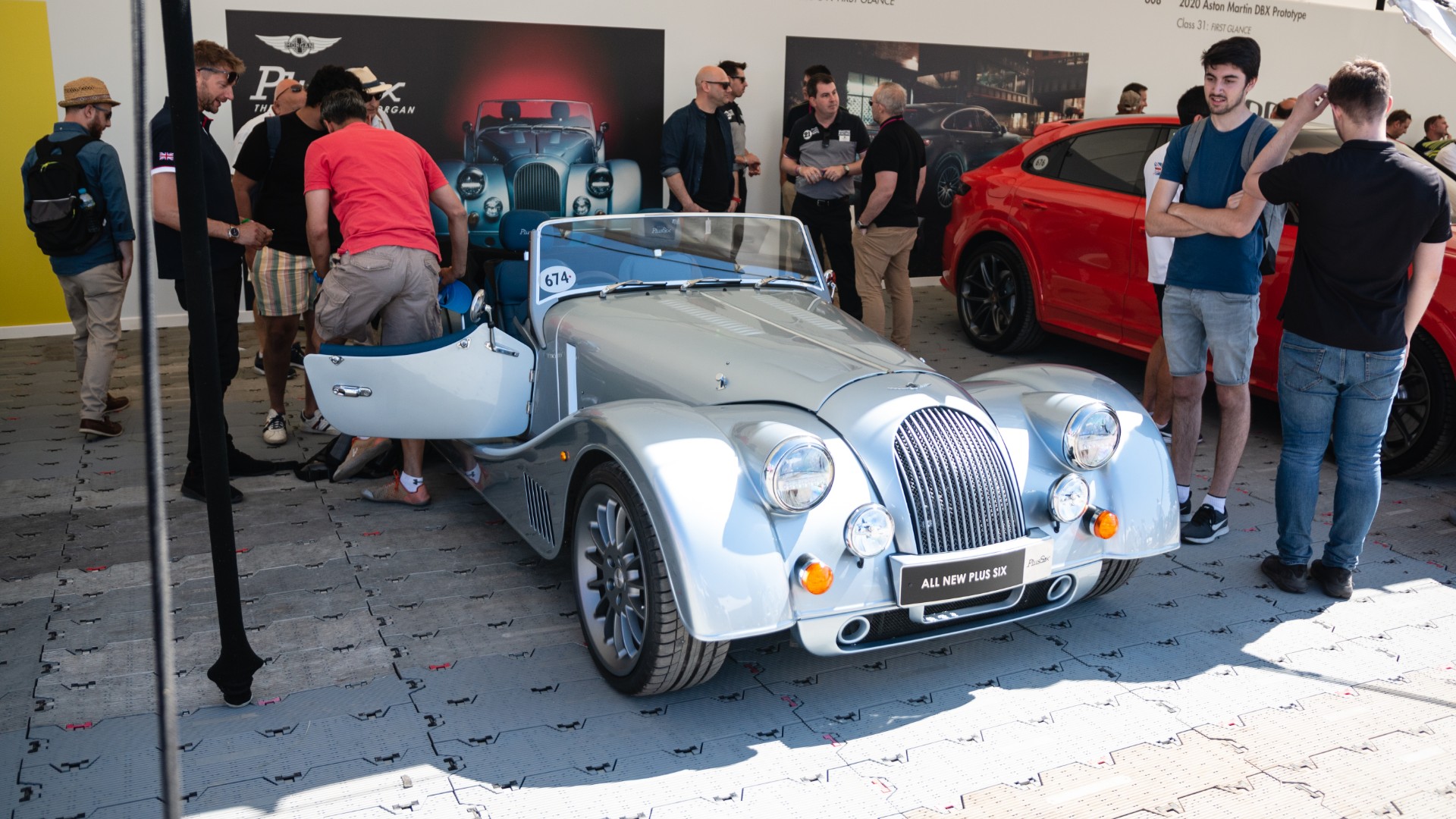 Morgan is going through a rebirth at the minute. The Plus Six is the beginning of that process, debuting a new aluminium structure and BMW-sourced twin-turbo straight-six engine. If it drives as well as the old Plus 8 sounds, we’ll be able to forgive the loss of the V8…

Porsche pays tribute to the original box-arched 935 racer with this track-only modern interpretation, based on the outgoing 911 GT2 RS. The new 935 specifically references the ‘Moby Dick’ variant, with its elongated rear end that you can peer into. 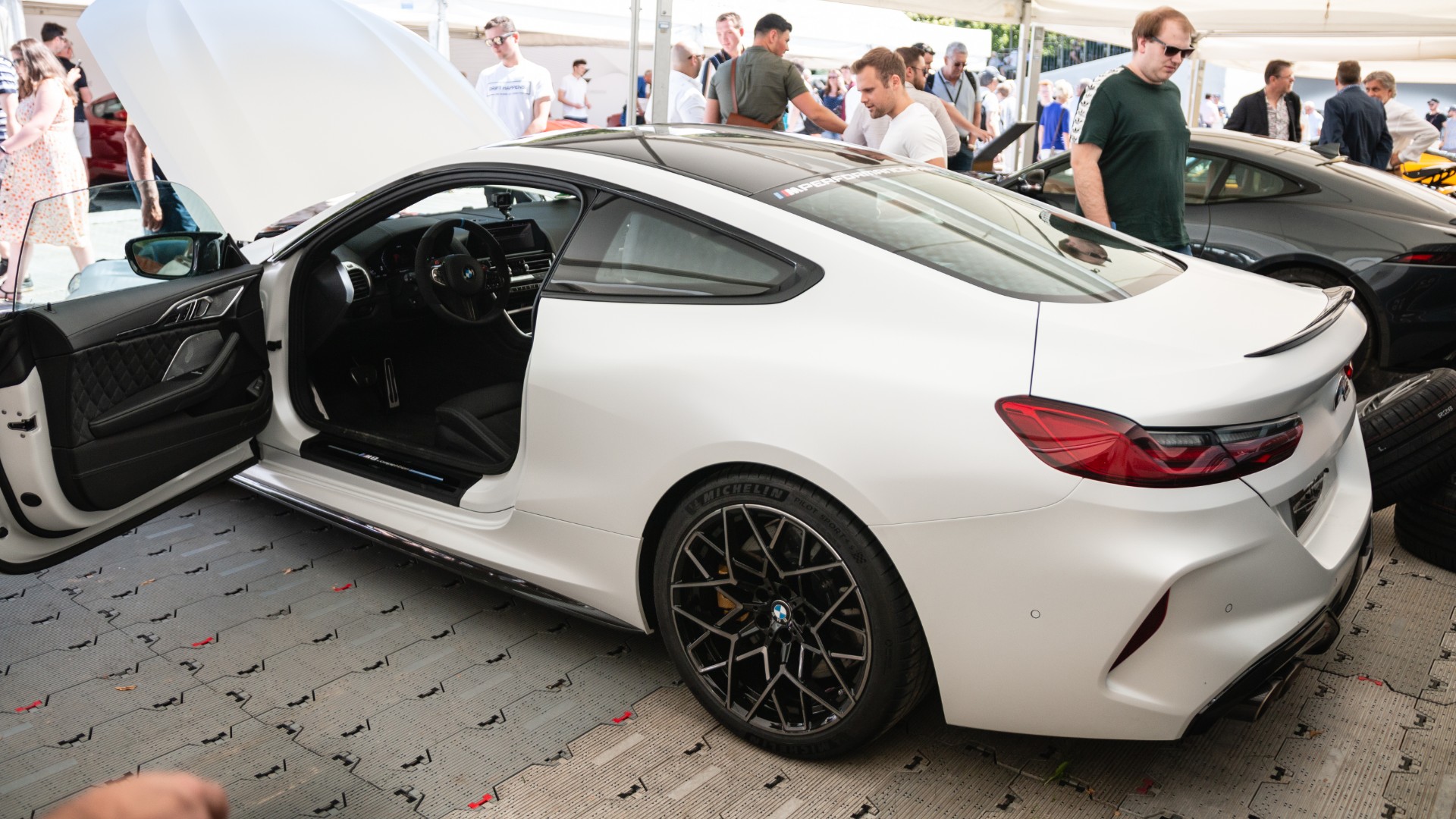 It’s the 8 Series we’ve all been waiting for. The M8 Competition is finally here, and it’s the most powerful car BMW has ever made, with 625hp from its 4.4-litre twin-turbo V8. It keeps that in check with four-wheel steering and four-wheel drive. No wonder it costs £123,000. 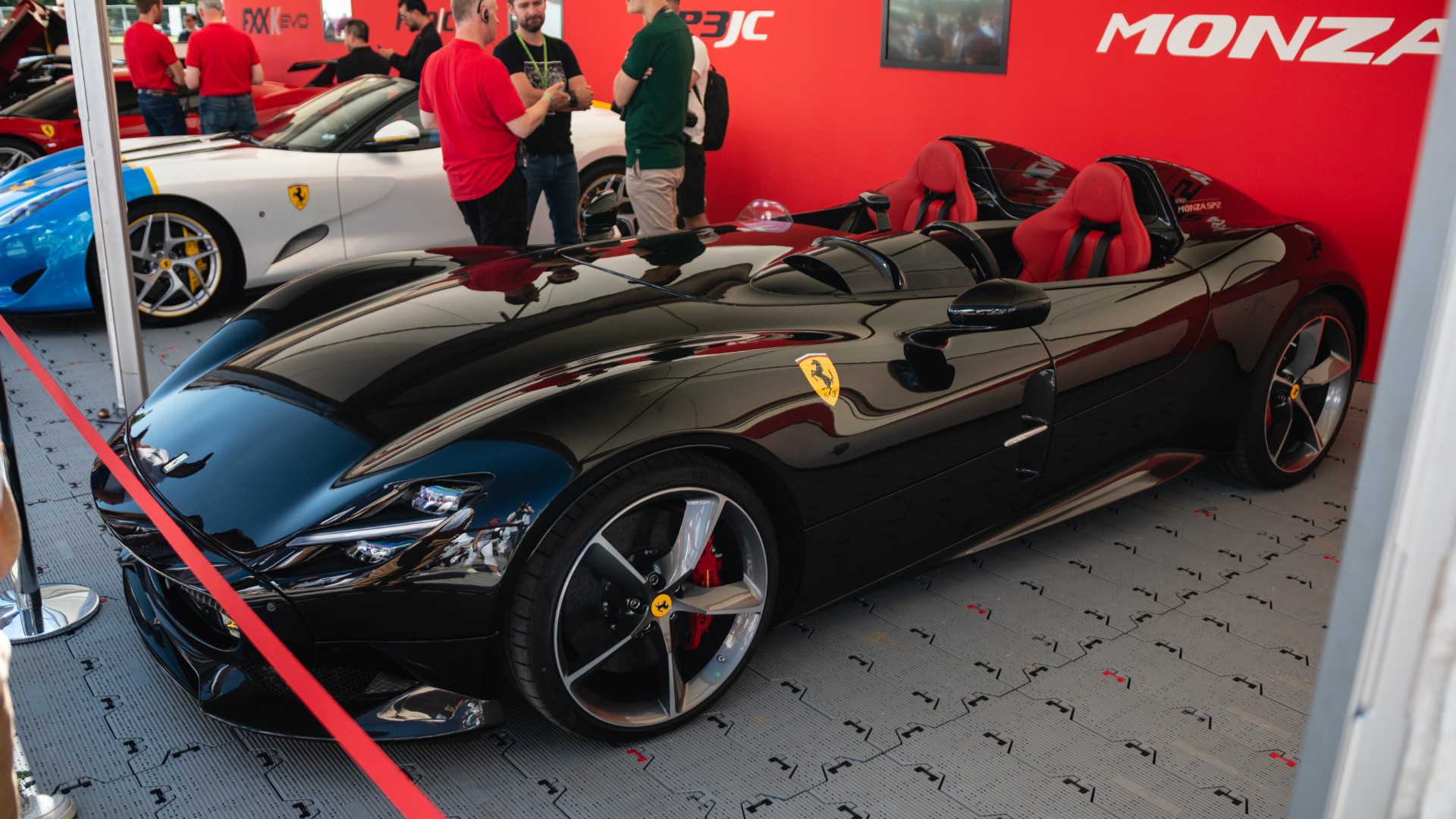 One of the more subtle and stylised Ferrari specials, the SP1 and SP2 pay homage to the Barchettas of the 1950s. Sumptuous leather and a tiny windscreen offer the authentic retro racer experience. As the names suggest, the SP2 is the one you want for passenger rides. 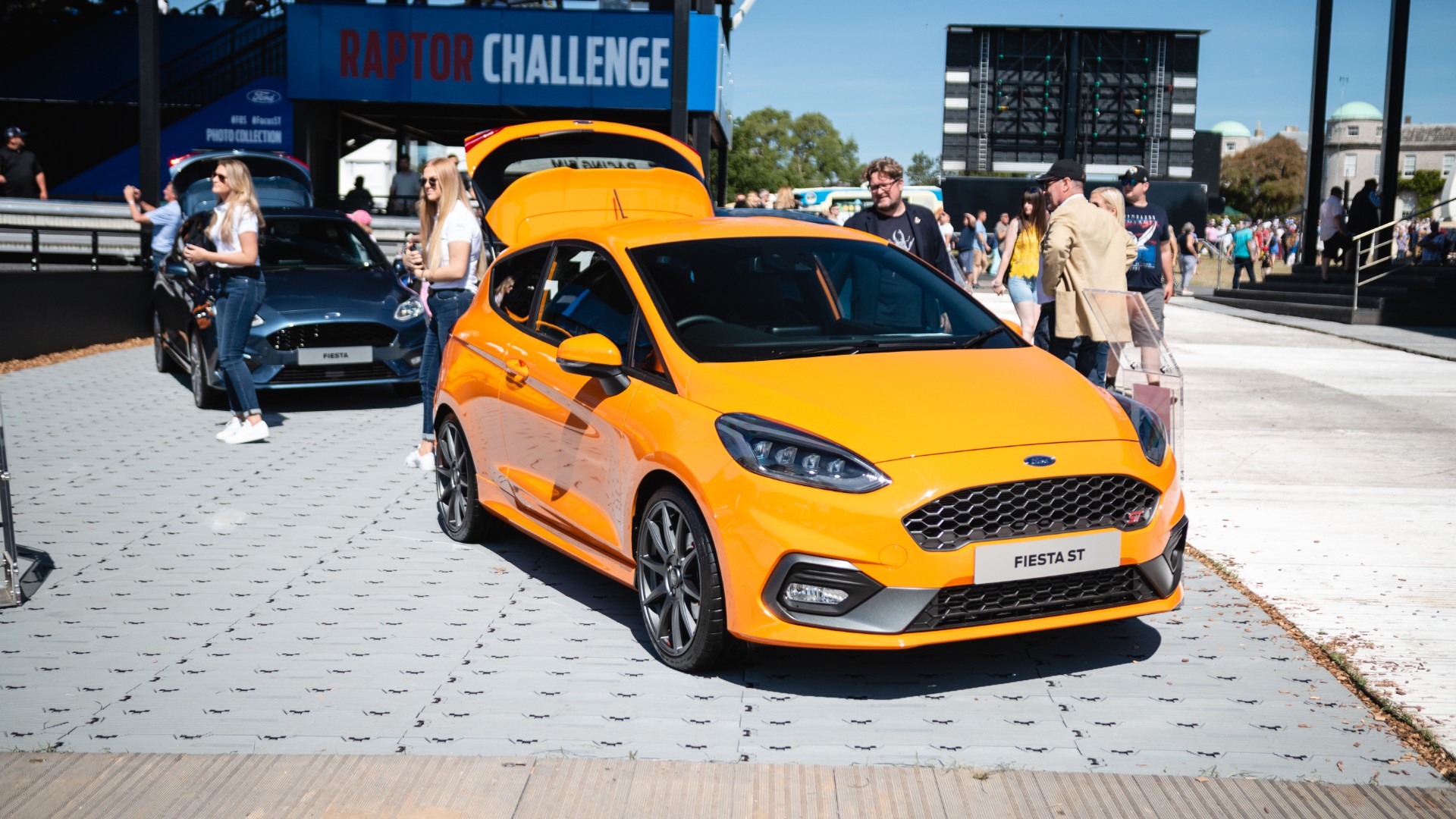 Ford’s award-winning hot hatch gets a splash of orange paint and some hardcore goodies in the new limited edition ‘Ford Performance Edition’ trim. These include coilover suspension and snazzy new wheels. 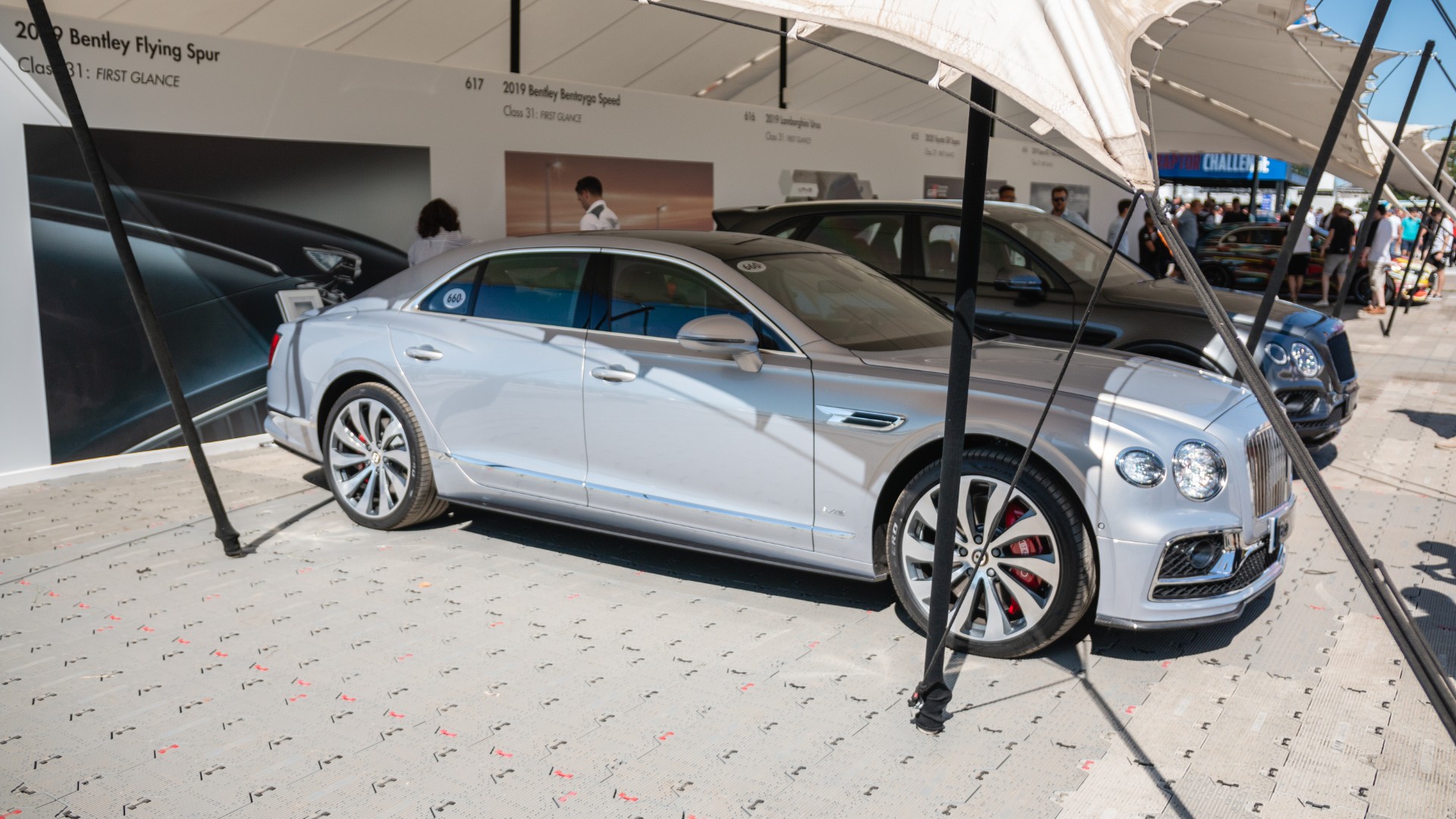 Bentley’s more sporting four-door luxury car is the final Continental body style to debut. The Flying Spur has always been a swift and handsome underdog. If an Audi S8 is a bit too German, this could float your yacht. 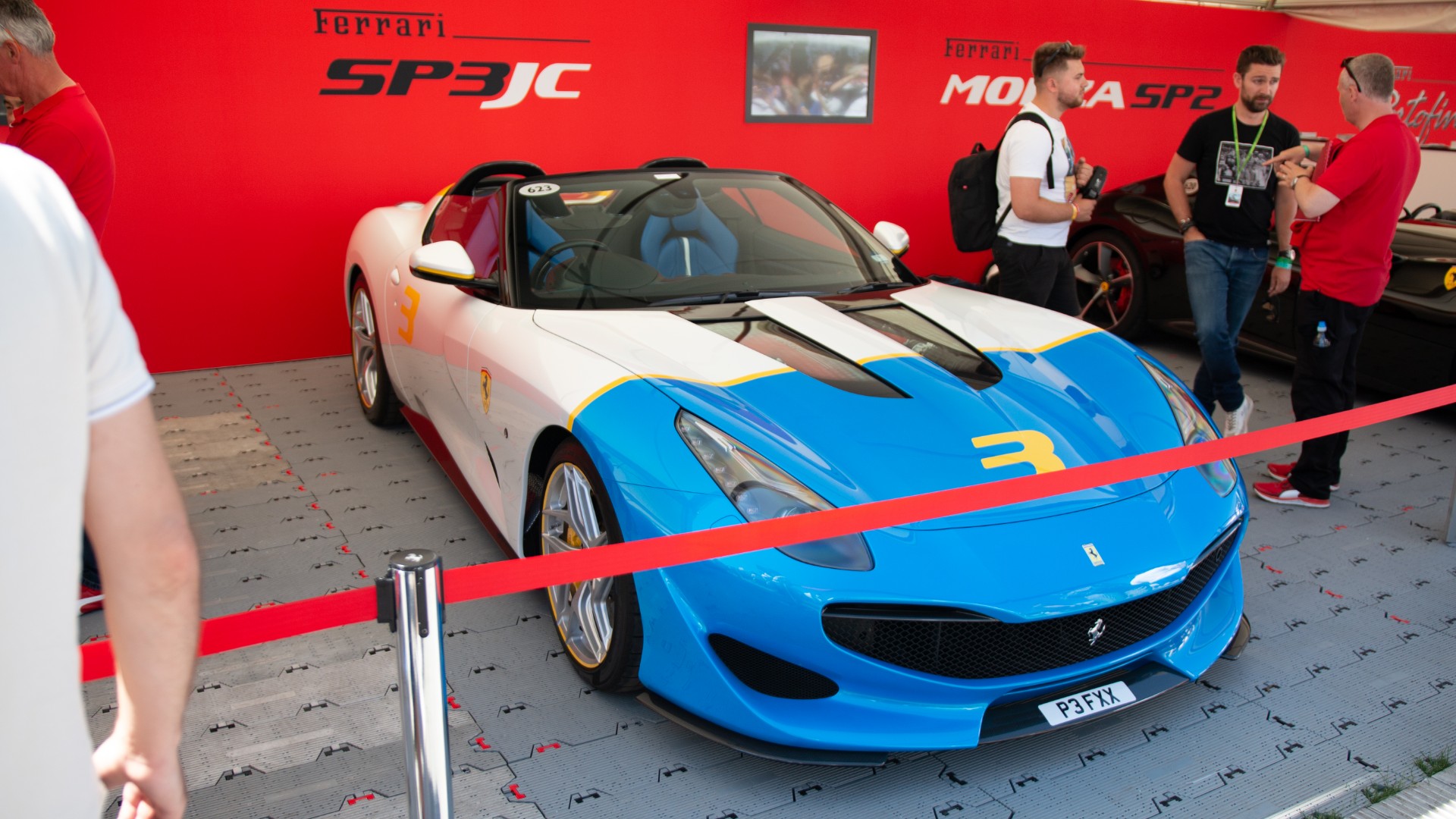 The Ferrari SP3/JC is a one-off that’s as close to an F12 TdF convertible as we’ll ever get. Designed to hark back to the V12-engined Spiders of the 1950s and 60s, there’s nowhere to hide from that screaming V12 under the bonnet. 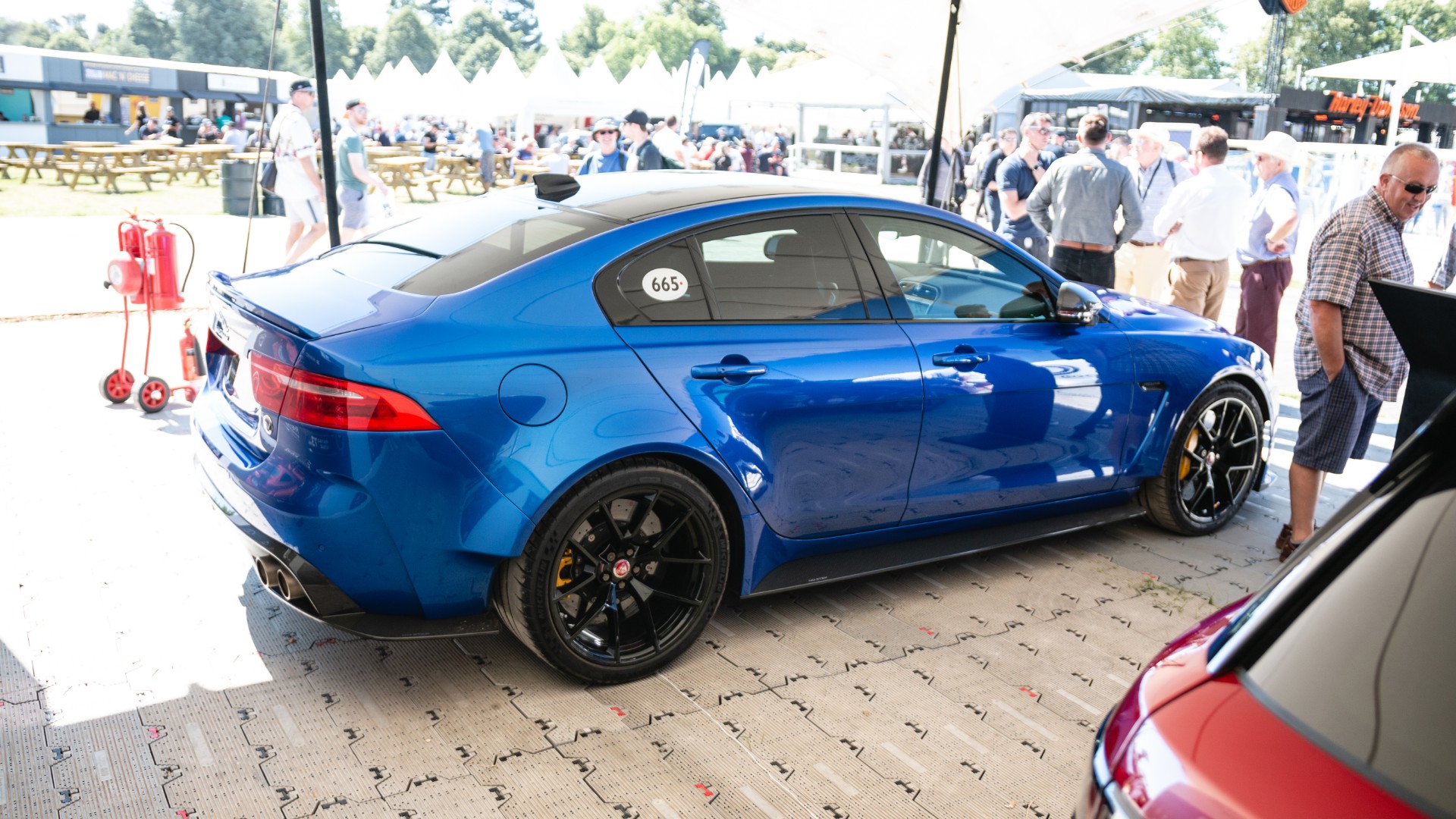 Jaguar’s snarling skunkworks special has been toned down in Touring specification, albeit not much. Without a wing, you might not spot it coming, but you’ll certainly hear it. There’s no taming a near-600hp supercharged V8. 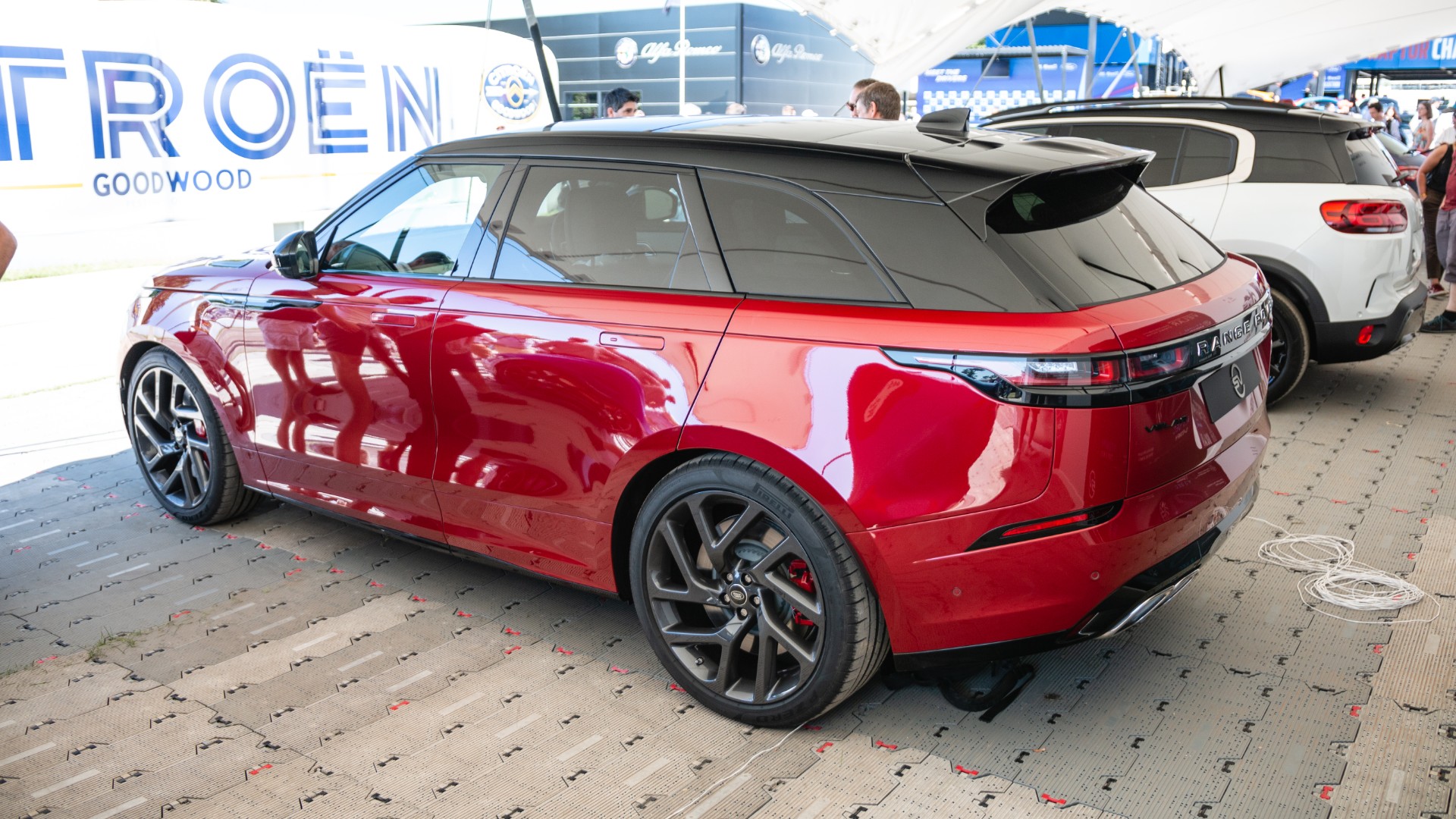 If a new Defender isn’t quite ‘Premier League’ enough, try the Range Rover Velar SVAutobiography Dynamic Edition. V8 power regresses this ultra-modern SUV into a gurgling supercharged super-truck. It’s a ‘yes’ from us. 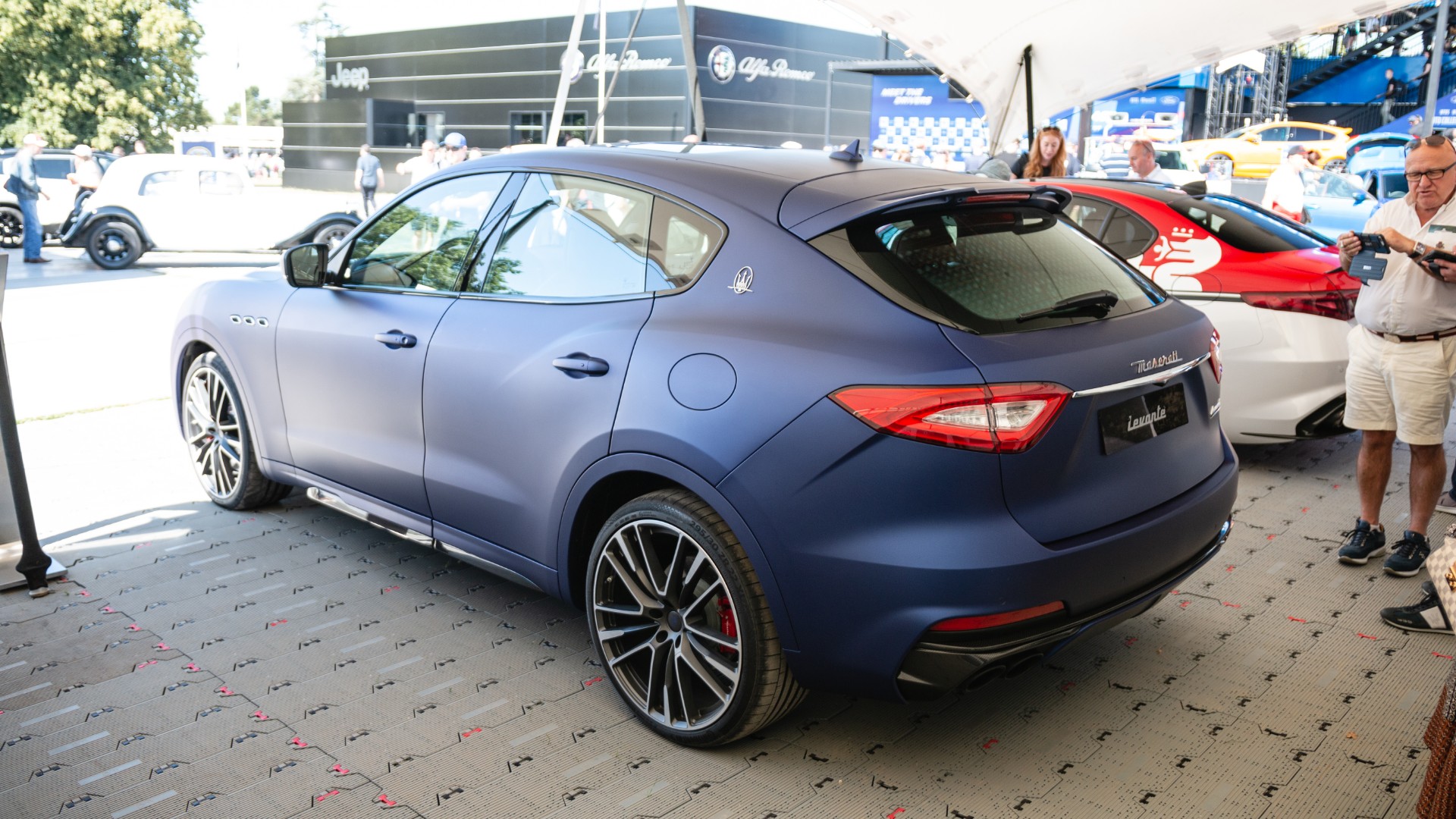 Ever since the Levante debuted we’ve all been waiting for some classic Maserati V8 power. Finally, the Levante Trofeo delivers it. With a 3.8-litre 580hp twin-turbo V8, it should keep any Land Rover with an ‘SV’ badge honest. 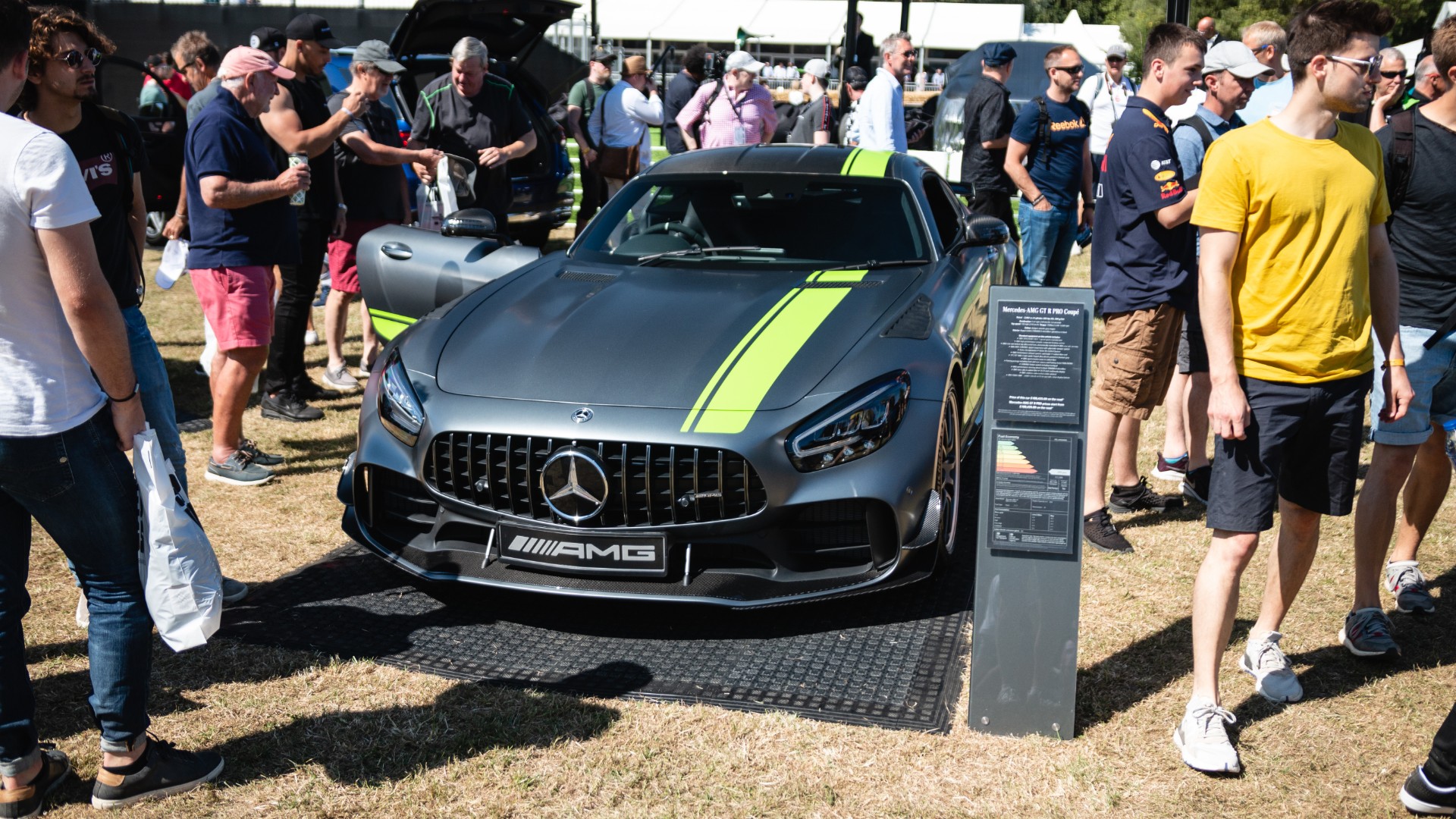 Taking the AMG GT R closer to its GT3 racer cousin is the Pro version. It does so with more downforce, wheel arch vents, lurid stripes and a bit of weight loss. Think Porsche 911 GT3 to GT3 RS and you’re pretty much there. It’s pricey, though, starting from £186,000. 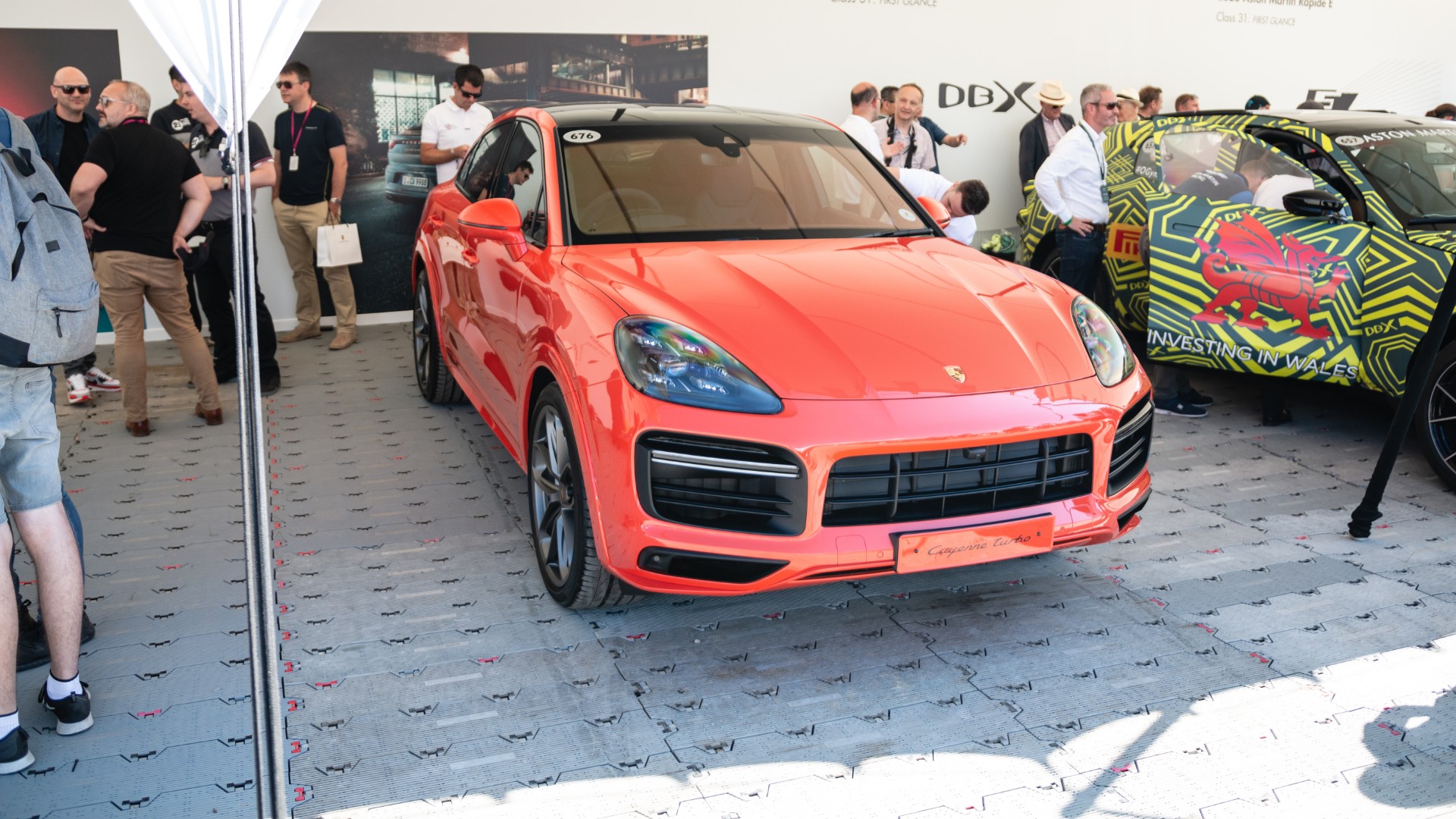 Porsche has come full circle, with a coupe based on the SUV that it started selling alongside its coupes. The Cayenne Turbo Coupe is a V8-engined answer to BMW’s X6M and Mercedes-AMG’s GLE 63 Coupe. 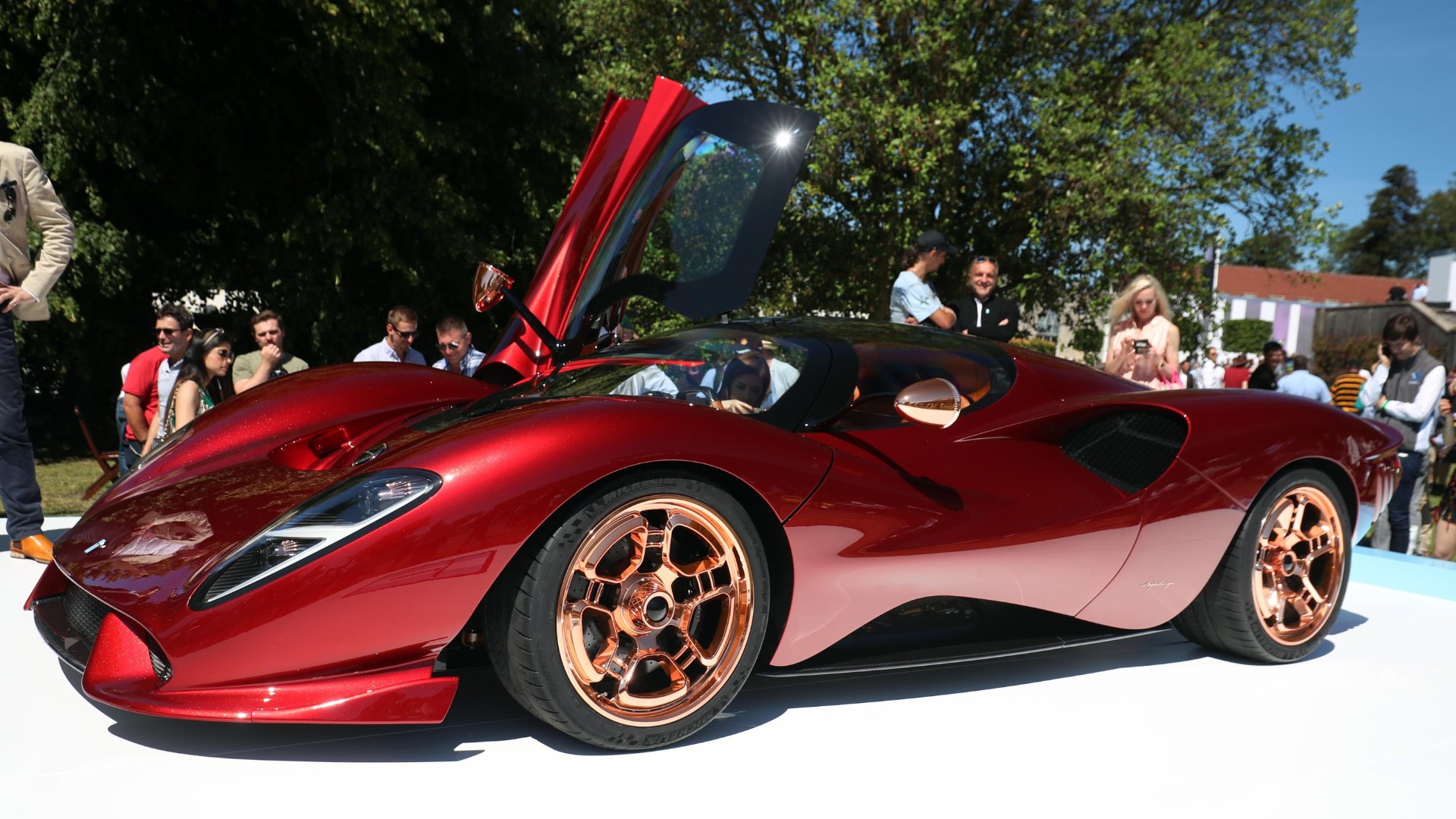 Beloved Italian marque and maker of the Pantera, De Tomaso is back with this stunning retro-styled supercar. The P72 borrows a carbon tub from Apollo and has a manual gearbox. It could be the most beautiful new car at the 2019 Festival of Speed.