Because Welsh roads are among the most challenging in the world 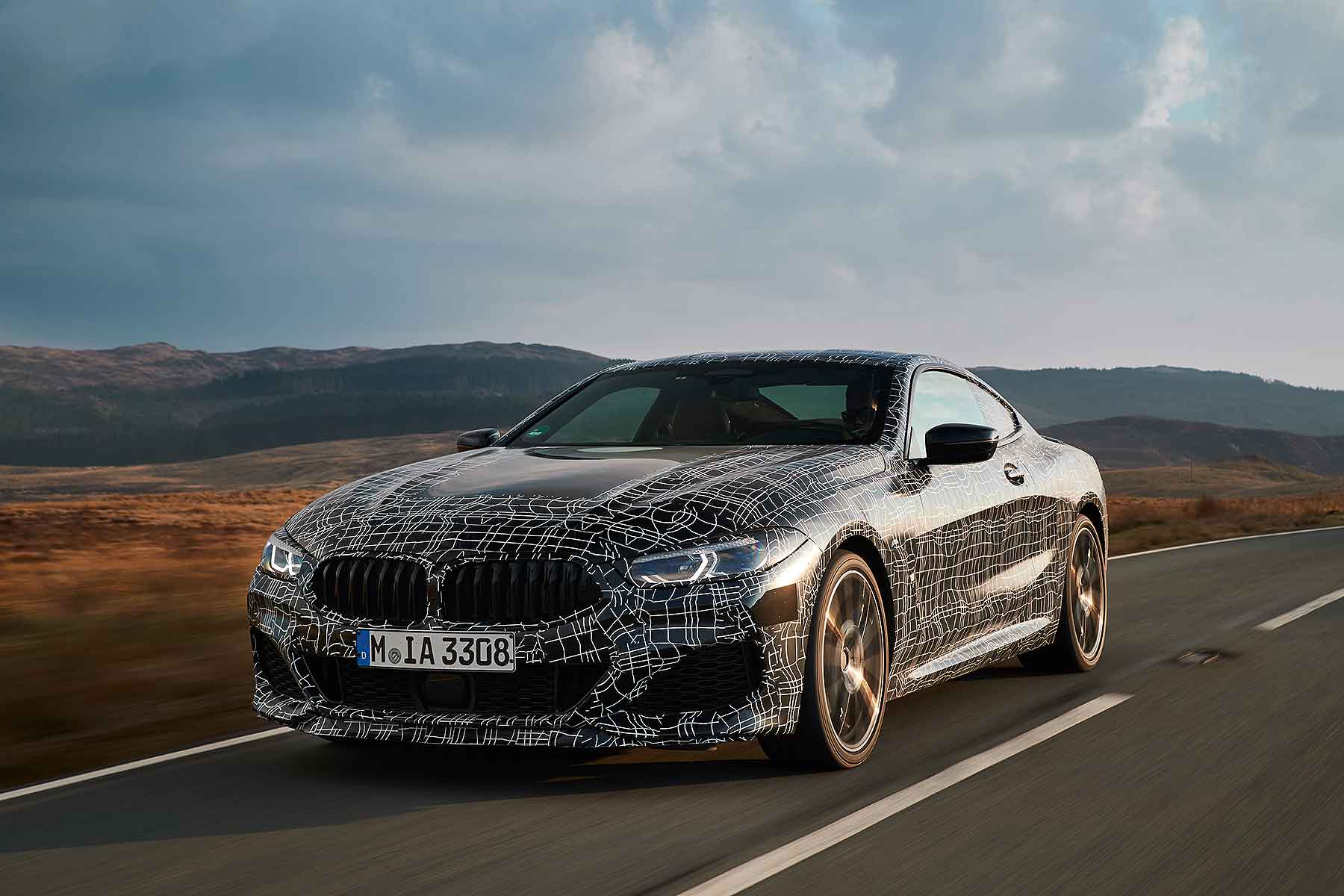 BMW has revealed the new 8 Series Coupe has been conducting final sign-off testing in Wales ahead of its full debut at the Le Mans 24 Hours in June. Wales was chosen as part of the public road test regime because the UK is expected to be a key market for the new range-topping GT car.

The V8 is an all-new engine that produces 530hp, a big increase on the old 6 Series V8. What’s more “the sound development of the sports exhaust authentically reflects the car’s power delivery,” said BMW engineer Christian Billig. We’ll find out the detail stuff such as fuel economy and CO2 later in the year, nearer to the car’s on-sale date. 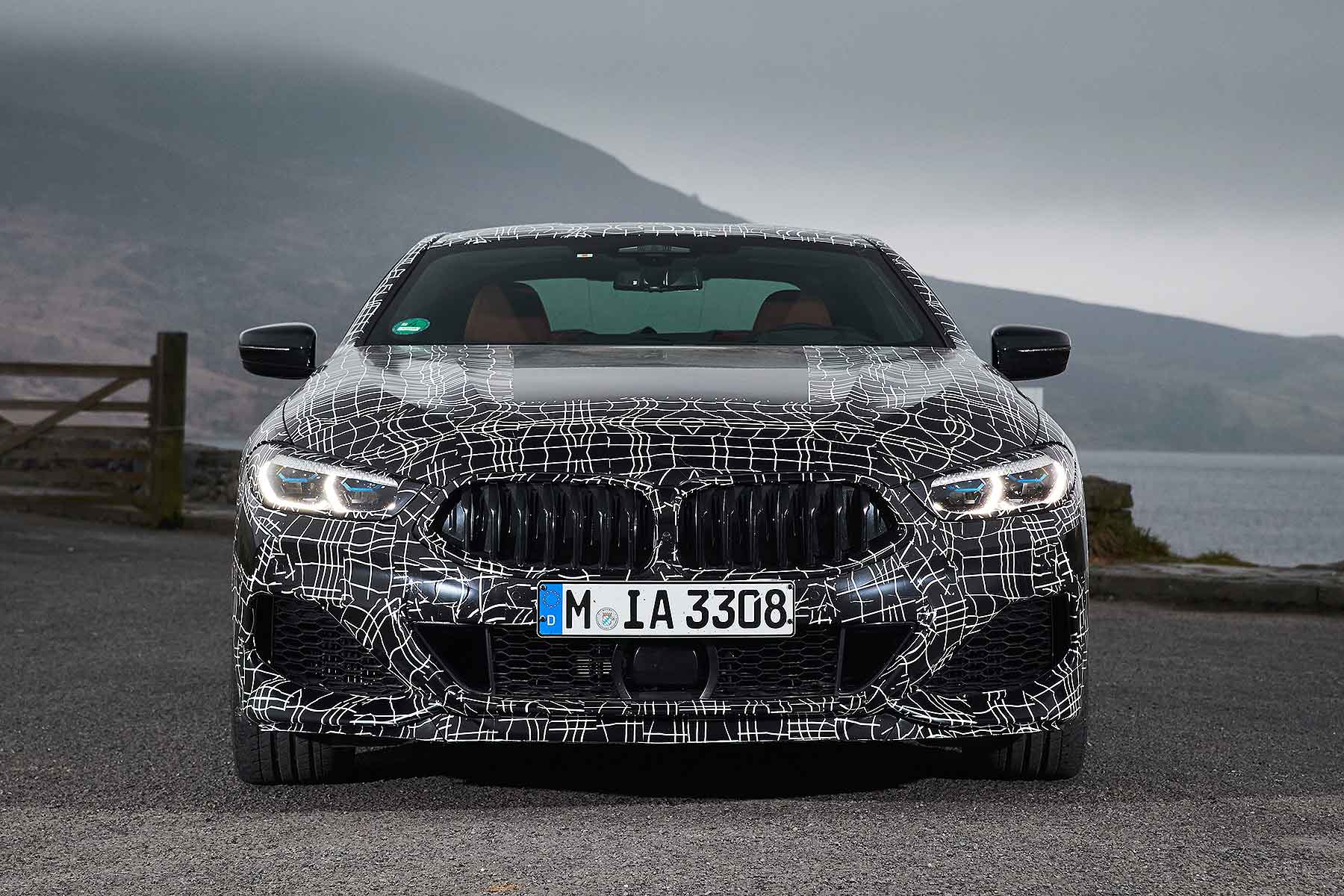 Although it’s an all-wheel drive car with a rear-drive focus, 8 Series project manager Markus Flasch reckons “the thing that always impresses when test driving the new 8 Series is its adaptability”, aided by a claim of a low centre of gravity plus a stiff body and suspension.

BMW’s fitting all models with mixed tyres – the rears are wider than the front. “This gave us the possibility when coordination the suspension control systems,” said BMW head of suspension application Jos Van As, “to exploit the potential of the wide rear wheels to attain particularly sporty handling characteristics.

“The higher camber values on all wheels and specifically tuned elastokinematics result in the realisation of exceptionally high cornering speeds prior to the intervention of the electronics.” Which means? “Those who wish can drive on the racing track with active DSC, too.” Have your fun, in safety, without feeling the safety net constantly tugging you, in other words.

BMW also explains why 6 Series has become 8 Series. It’s because ‘8’ cars are “highly emotional and exceptionally sporty vehicles” – in the vein of the old 1990s 8 Series, like the Z8, like the latest i8. It’s going to be “a crucial component in the luxury segment model initiative” of BMW’s current strategy. So now we know.

Zip merging: are we a nation divided?

BBC Radio 5 Live listeners worked up a lather when the subject of zip merging came up this morning. Do you merge in turn or wait in line?
Read more

We've bought a classic Mercedes-Benz W123 saloon, considered by some to be one of the greatest cars of the 20th century. Are they right?
Read more

April 2019 saw petrol prices rise by the second-highest amount on record, with over 5p added to the price of a litre of unleaded
Read more