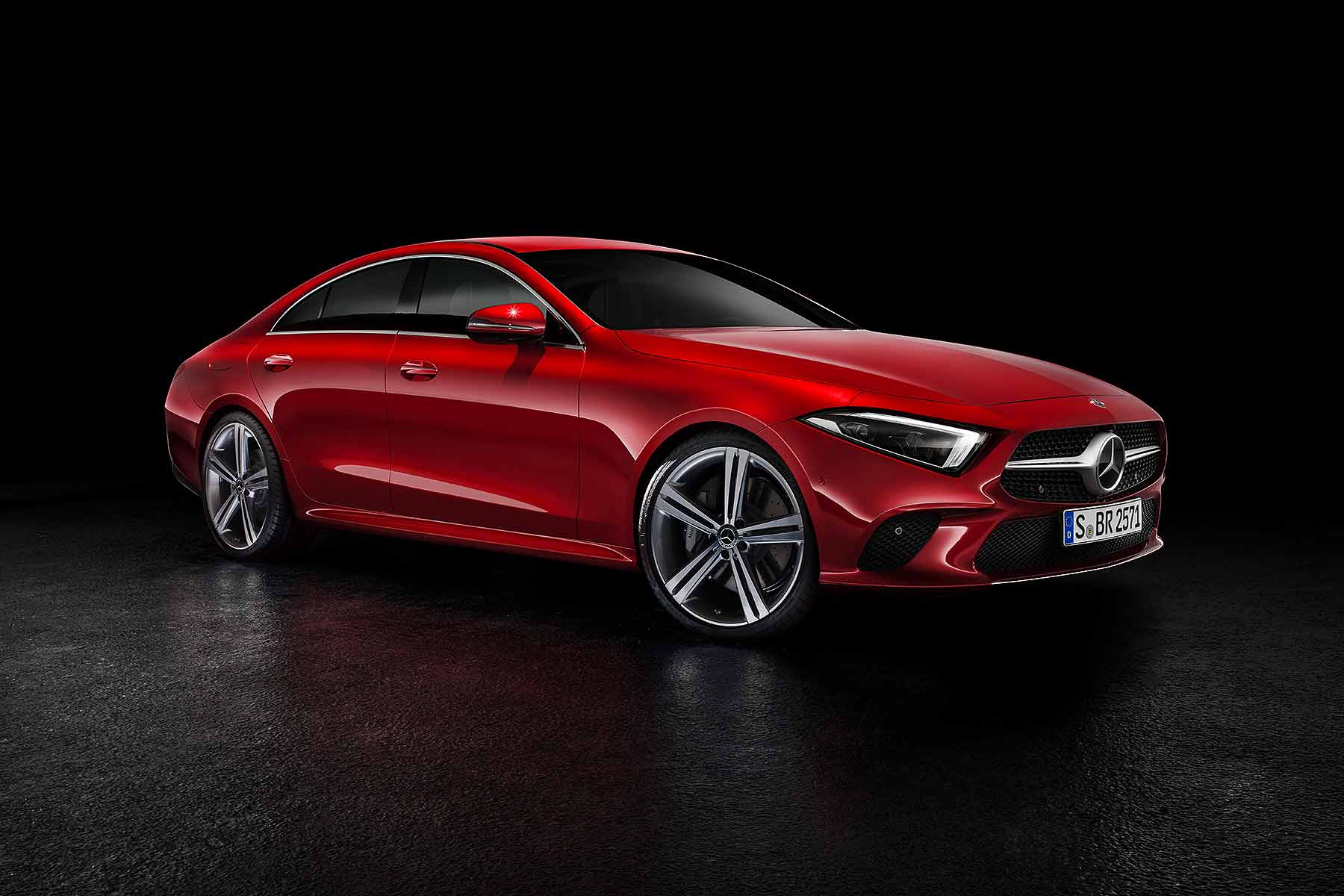 A pioneer is now part of the establishment. Back in 2003, the idea of an executive-sized four-door coupe was beautifully novel. Today, no self-respecting premium car brand can do without one. The Mercedes-Benz CLS was a trend-setter – and now, it’s been revealed at the 2017 LA Auto Show in third-generation guise, ahead of going on sale in March 2018.

The original was lovely. The outgoing second-generation model, a bit more ‘meh’. This all-new one looks to be a return to the first car’s elegance, all clean and flowing lines, simple surfaces and lack of fuss. The roof is low, the waistline arches gracefully, the side windows are flat and, with a Cd of 0.26, it’s extremely aero-efficient for one so large. 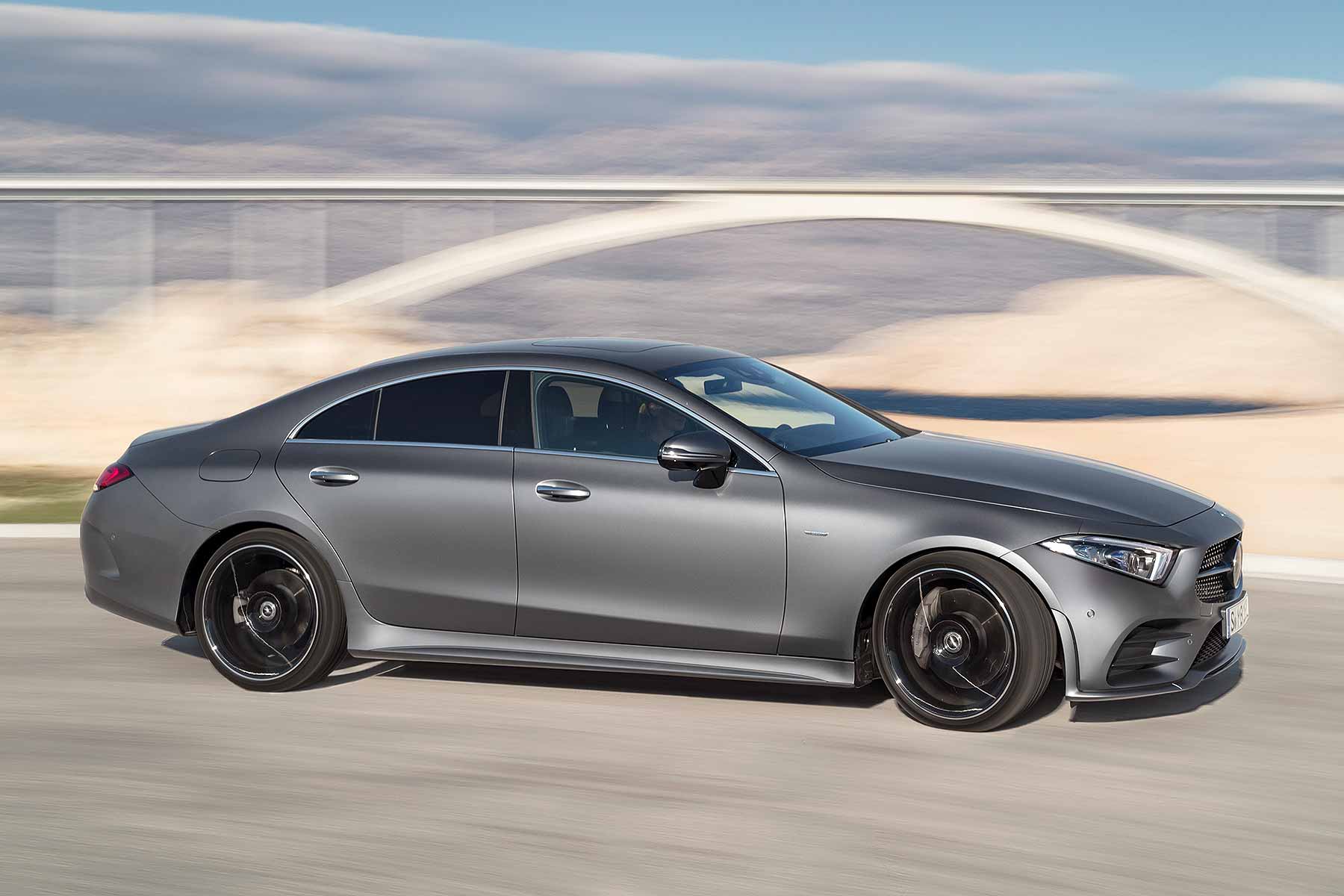 Mercedes-Benz goes further, saying the new CLS debuts its latest ‘design idiom’, apparently focused on clear reductionism. The front end slants forward, the grille gets wider towards its base (like on the Mercedes-AMG GT), headlights are wide and low, while the designers are also chuffed with the two-section tail lamps. 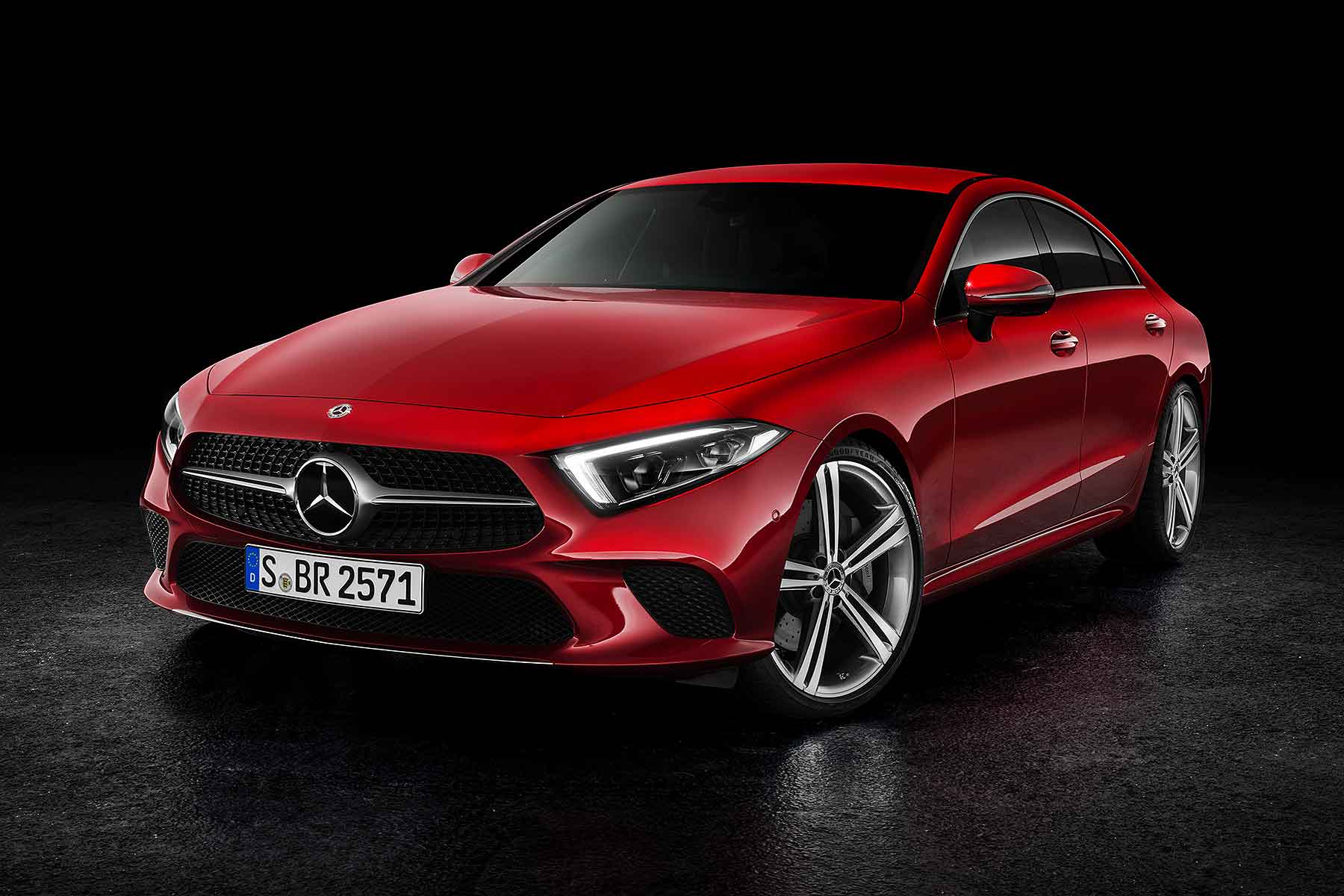 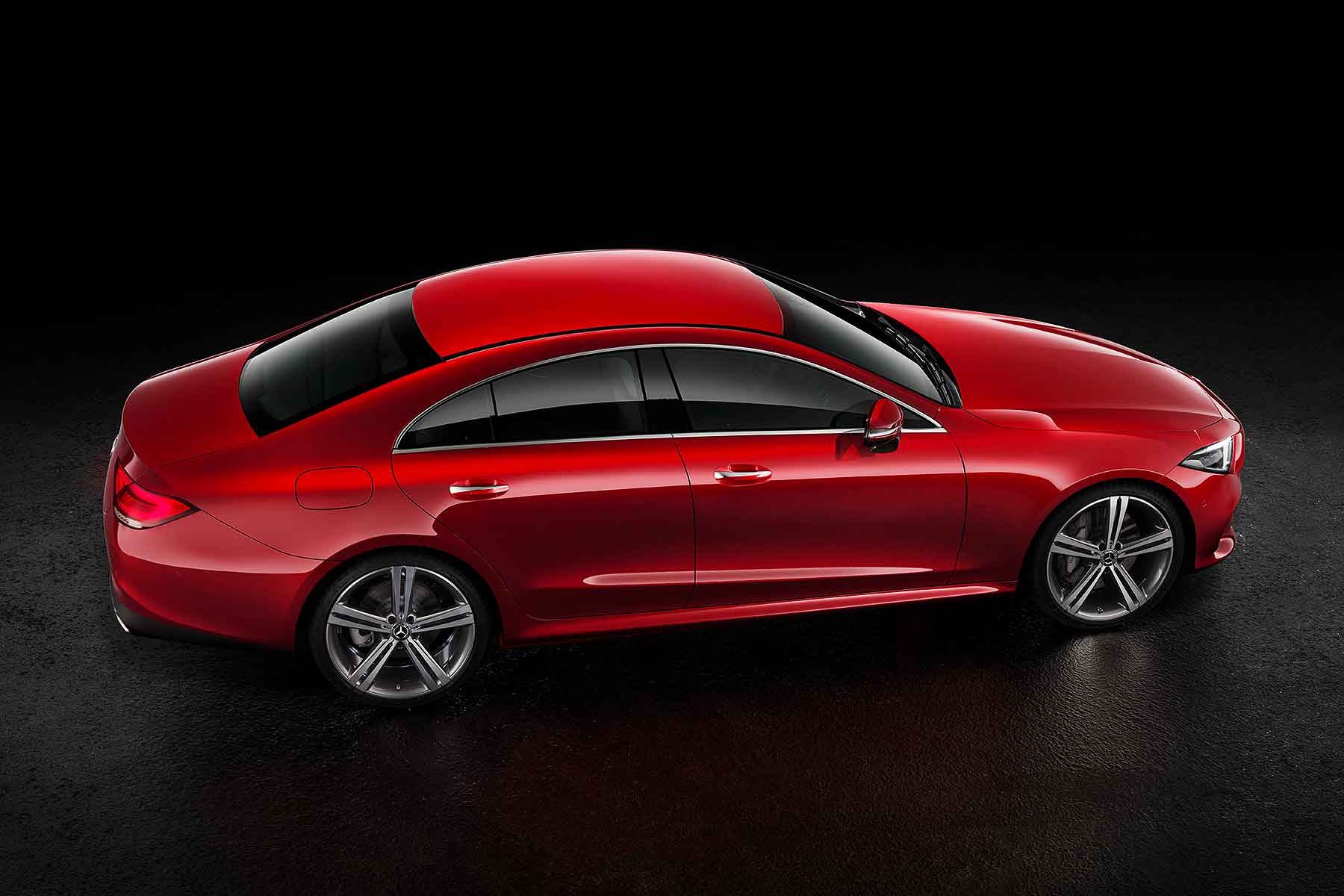 The bonnet is fully inset, which apparently accentuates the forward-leaning shark-nose effect. And at the rear, Mercedes-Benz coupe cues abound: reflectors and registration plate in the rear bumper, plus a Mercedes star slap-bang in the middle of the bootlid.

Inside, the interior is derived from the E-Class saloon, but that’s no bad thing, as it’s still very rich and striking. Sixty-four-colour ambient lighting reaches new levels of intricacy and, in CLS tradition, there’s a choice of open-pored or high-gloss wood. You can have two 12.3-inch TFT displays as well, plus a load of S-Class-grade optional active safety tech and autonomous driver aids. 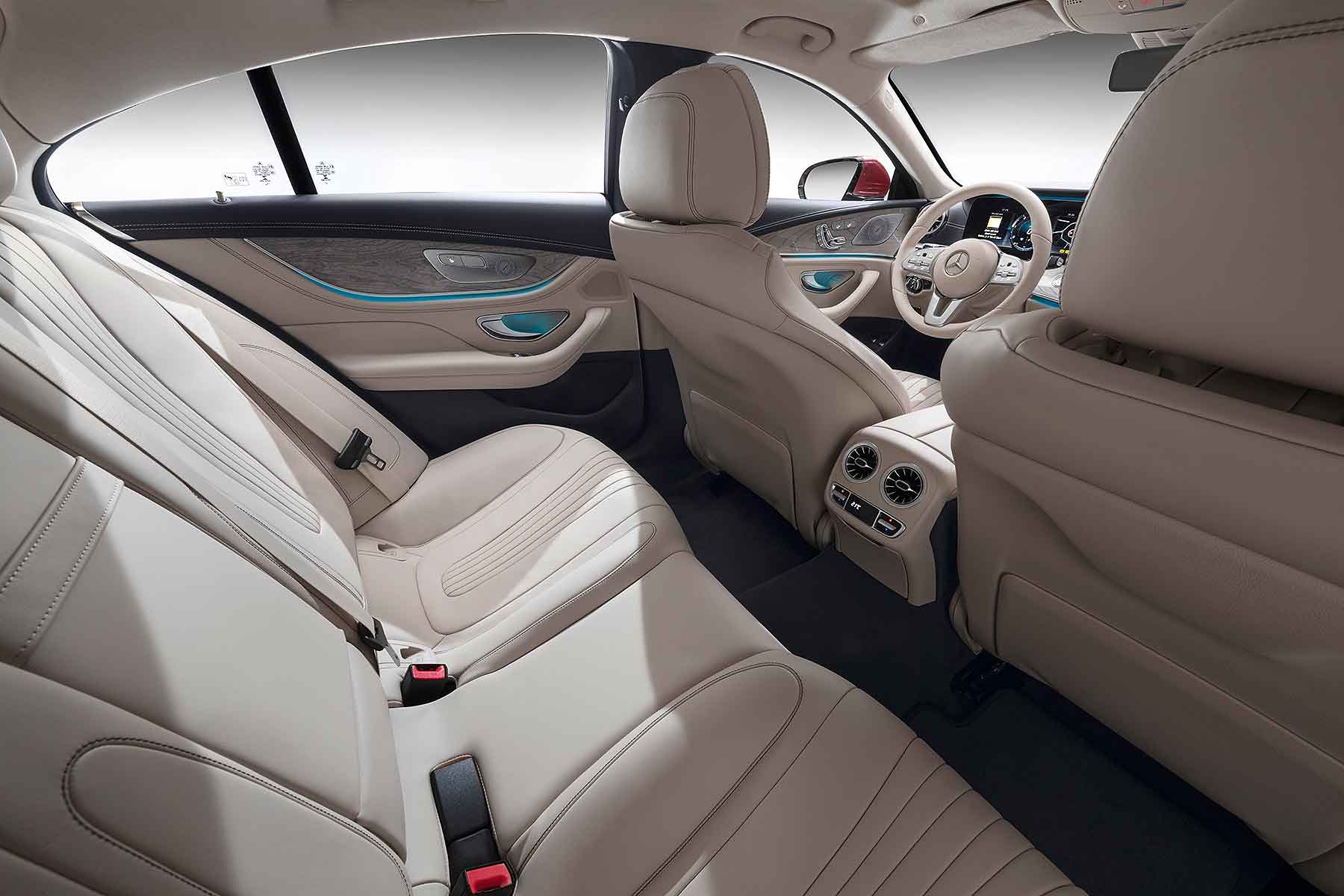 Mercedes says the seats are bespoke CLS chairs, with the two outer ones in the rear looking just like those in the front – but with a fifth pew in between them for the first time in a CLS.

Behind, there’s a 520-litre boot that can extend further by folding the rear seatbacks 40:20:40. With every passing generation, the svelte CLS discovers newfound practicality to broaden its appeal (and take away excuses for E-Class owners not to consider one). 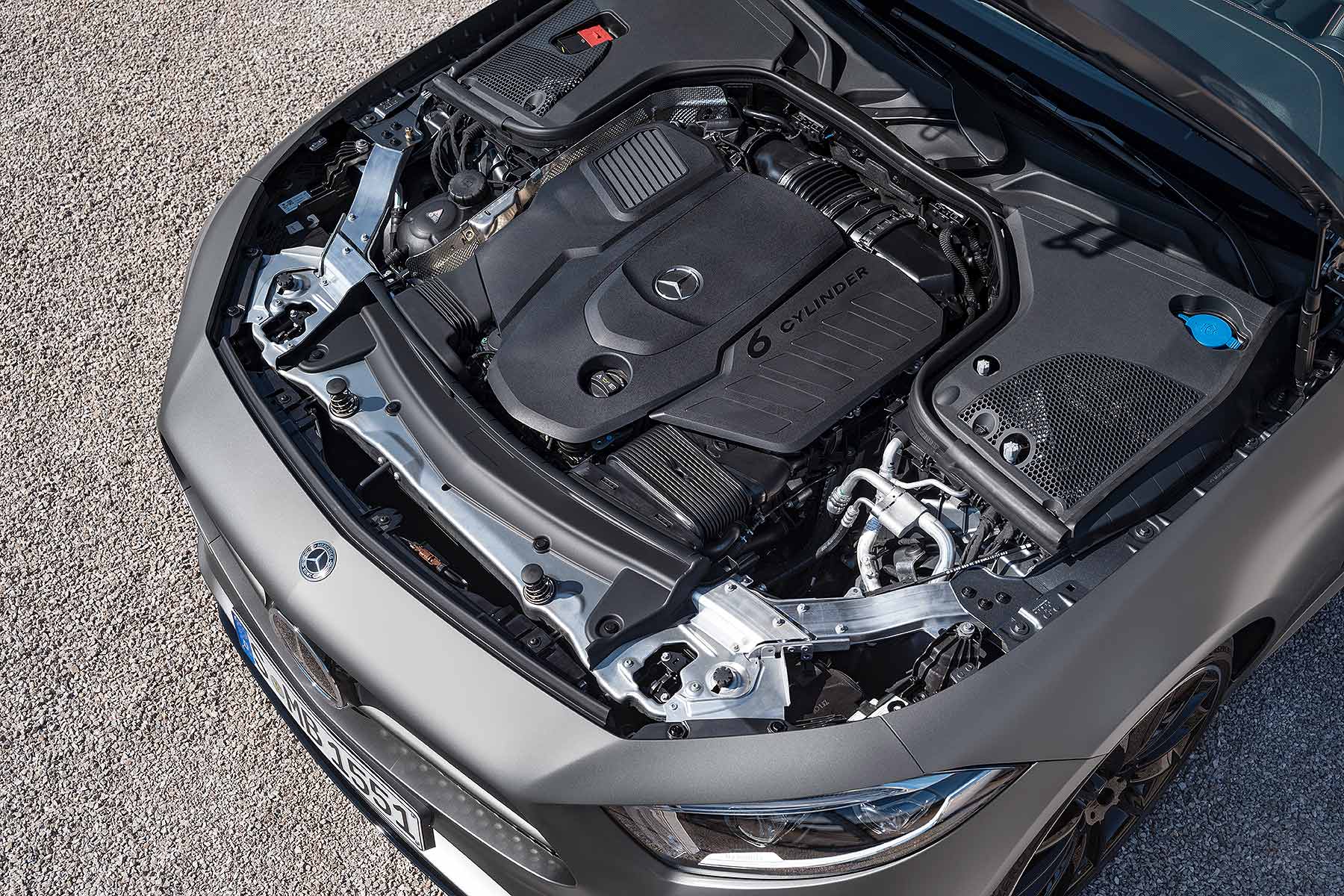 Even the engines are all-new: in-line six-cylinder and in-line four-cylinder, both offered in diesel or petrol guise. The four-pots will come later – it’s launching with six cylinders, with a 286hp CLS 350 d 4Matic, a 340hp CLS 400 d 4Matic, and a 367hp CLS 450 4Matic. The latter is the one we have our eye on: an in-line six-cylinder petrol, like the ones Mercedes-Benz used to do so well in the 1980s.

A special mention for the headlights, too. The Multibeam LED units produce, literally, “the maximum light intensity permitted by law” – you can’t legally buy headlights brighter than this. Such brightness extends over 0.4 miles ahead and, just for good measure, Mercedes-Benz chucks in the fact the new CLS is all set for ‘Car-to-X’ communications, too.

We’re currently checking it out LIVE at the 2017 LA Auto Show. Come back later for first impressions of Merc’s new third-gen four-door coupe.