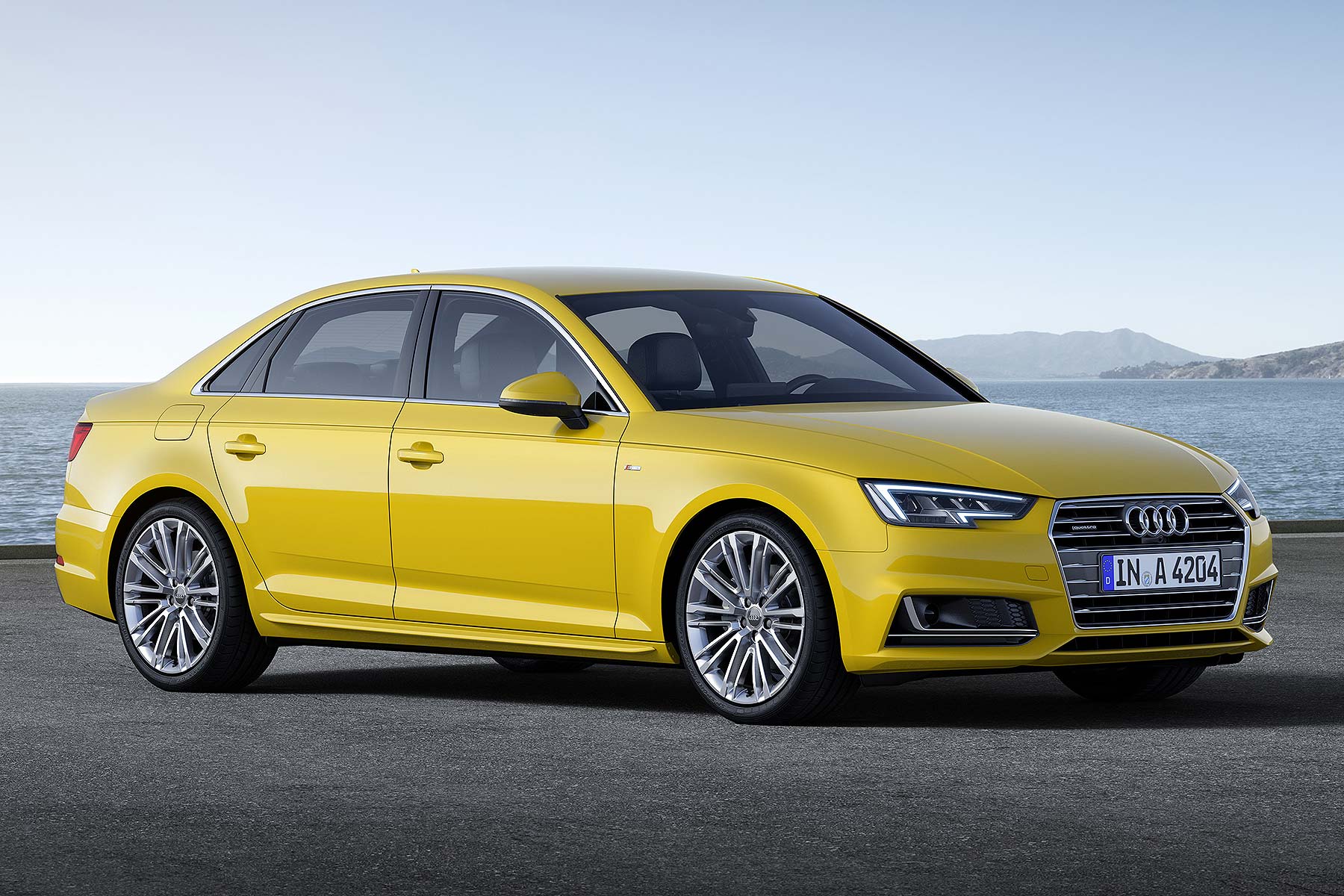 The new 2016 Audi A4 has been officially revealed ahead of its global debut at the 2015 Frankfurt Motor Show – and once again for Audi’s it’s an evolutionary approach rather than a stylistic revolution. 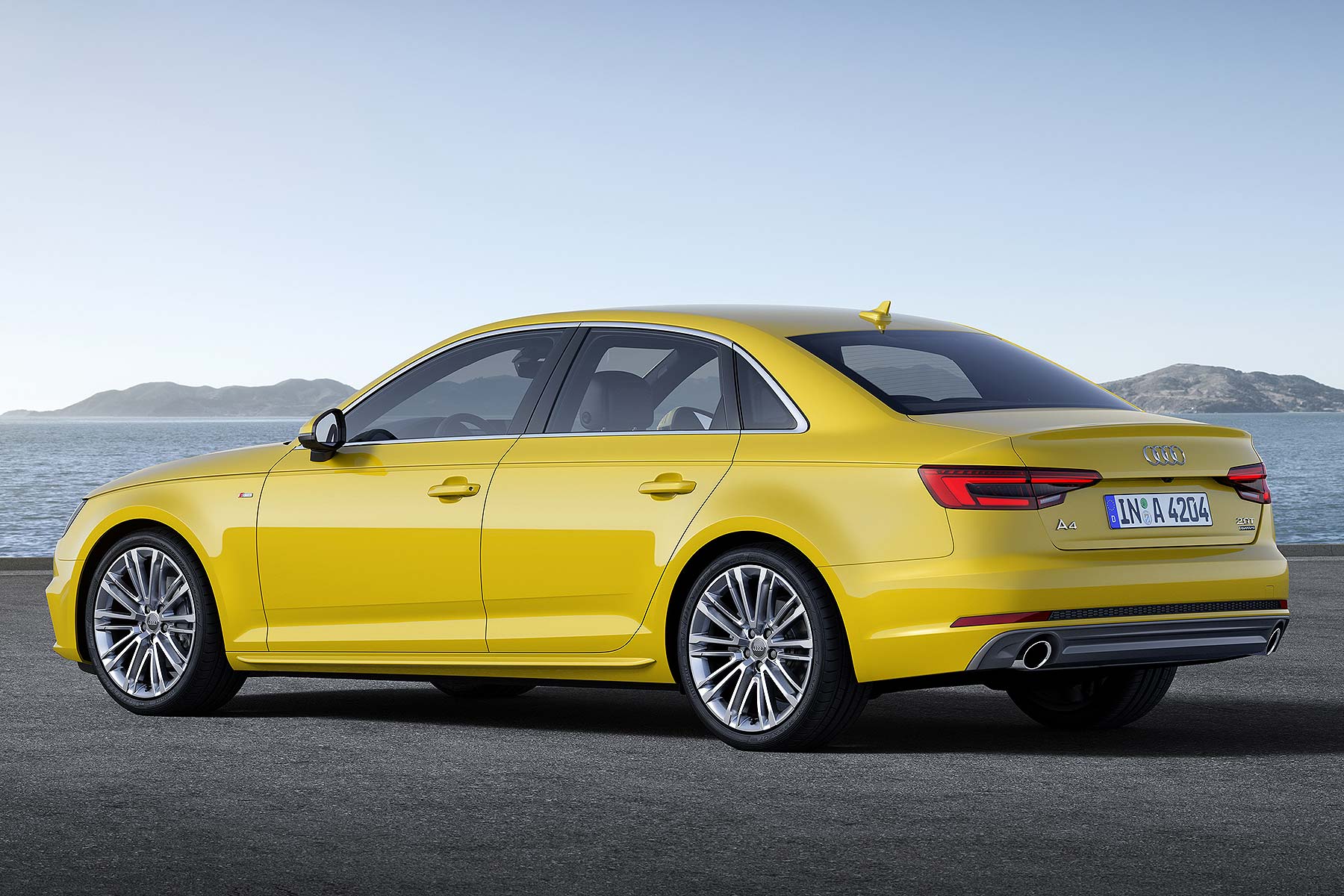 But the firm is keen to stress there’s far more future-looking technology beneath the lighter-weight skin of the new A4, which goes on sale towards the end of 2015.

The design, for example, may be familiarly Audi A4, but it’s also notably aerodynamic; in its optimum trim, the Cd drag factor is just 0.23, something no other model in the class gets near.

It’s a bigger design too – addressing criticisms of the current car’s lack of space, particularly in the rear, the new Audi A4 has grown to 4,726mm long, 1,842mm wide and 1,427mm tall.

The new Audi A4 is thus 25mm longer and 16mm wider than the old one, but remains the same height – actually the lowest in the premium sector. The A4 Avant is actually 1mm shorter than the saloon.

The Avant is, however, not as aerodynamic as the sleek saloon: its drag factor Cd is 0.26. 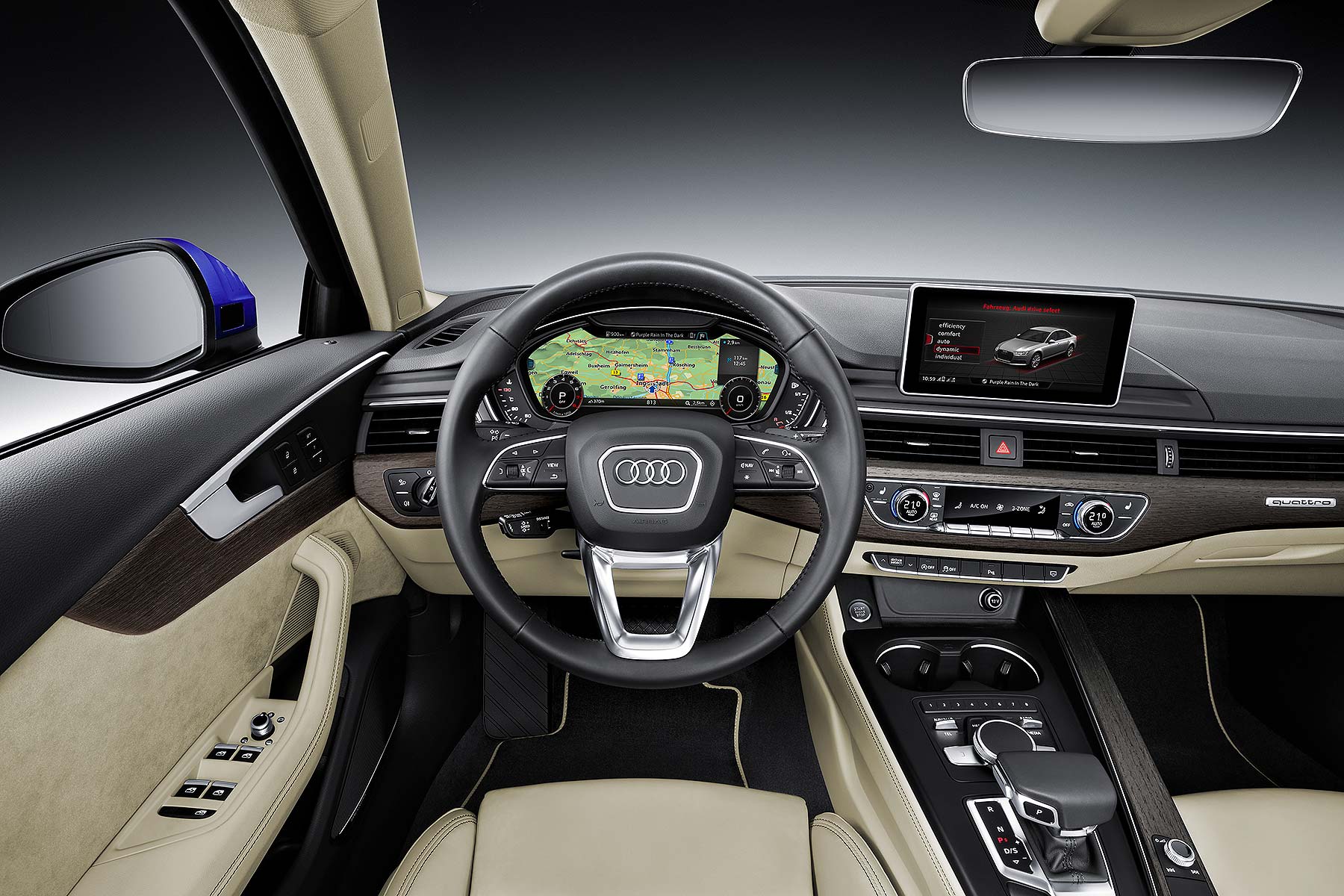 Unlike the TT, all A4 come as standard with an MMI display in the centre of the dashboard, of at least 7 inches’ diameter. Audi’s claiming the interior is now the quietest in the class. 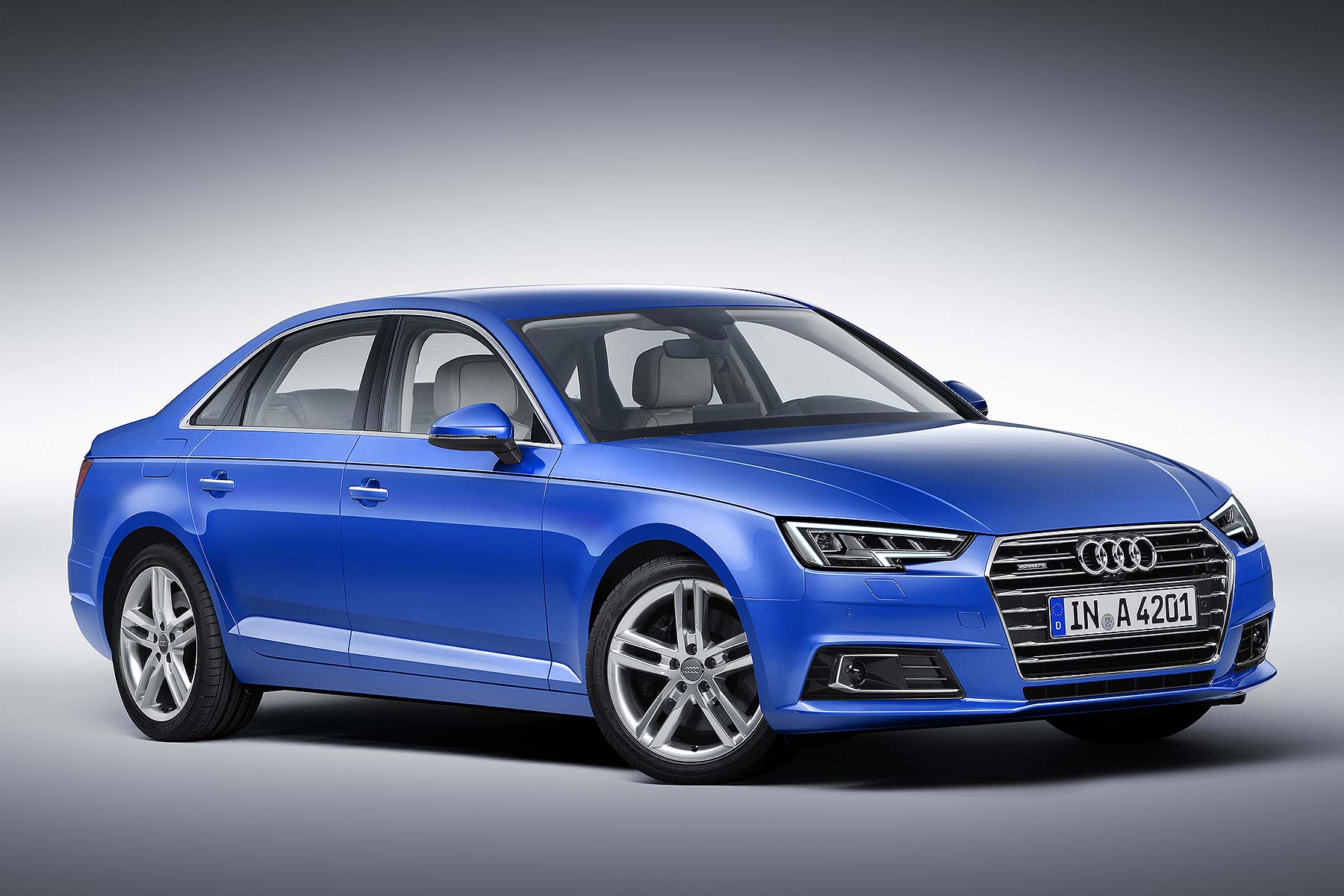 Under the bonnet, there’s a fully updated range of engines that benefit from the light weight and aero efficiency: Audi claims just 95g/km for the greenest version of the 2.0 TDI 150 ultra – without hybrid assistance.

A new 2.0 TFSI 190, with a trick new combustion system, can emit as little as 109g/km CO2. There’s also a punchy 272hp 3.0-litre TDI six-cylinder. UK CO2 figures are, however, still to be confirmed: due to our love of larger alloy wheels, they might be a bit higher.

Audi’s standardised Xenon headlights on all new A4, previously only fitted to S line models and above. Why? Because it now offers both full LED and the trick matrix LED headlights first seen on the A8 as an option.

The body is up to 120kg lighter, with the base model (a to-be-announced 1.4 TFSI) weighing just 1,320kg (albeit empty and without a driver). Audi’s achieved this without extensive use of aluminium, either: just the tailgate is made from the material it’s strongly associated with.

Official kerbweight of the Jaguar XE, which is made from 75% aluminium, start from 1,475kg.

Audi’s promising handling has made “a great leap forward”, with redeveloped five-link axles and new EPAS power steering. it rides better too, and there’s a plethora of suspension tech on the options list including adjustable dampers that “the driver can for the first time select between two settings: sports or comfort”.

This Audi drive select suspension system is standard on new A4 with engines producing 190hp or more.