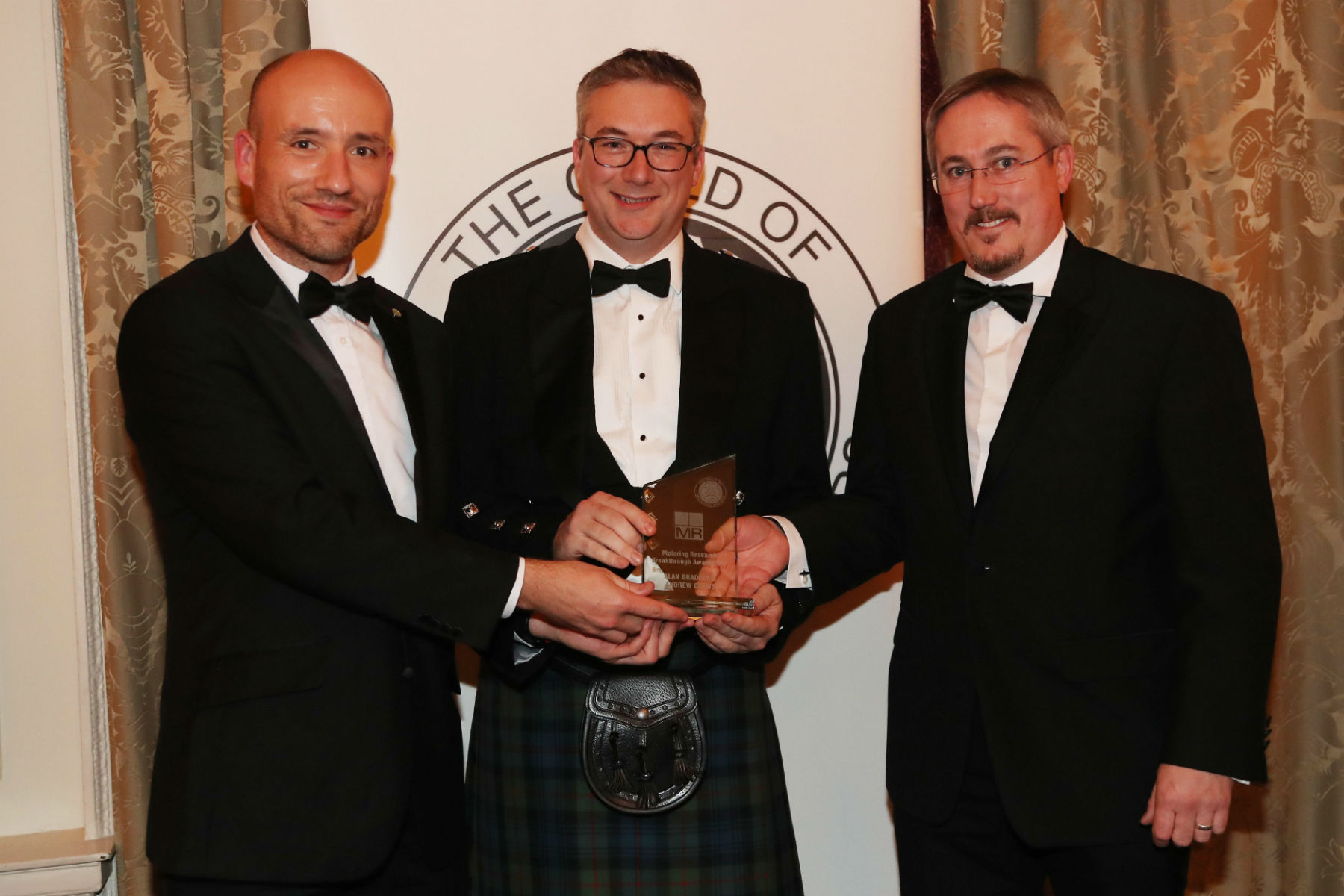 The Motoring Research-sponsored Breakthrough award was presented to The Motoring Podcast at last night’s Guild of Motoring Writers awards.

Formerly known as the Breakthrough Blogger award, it was refocused for 2017 in a bid to reward talent across a wider range of platforms. As such, it attracted entries from videographers, social media influencers, bloggers and podcasters. It was the latter that impressed the judges the most, with the award presented to The Motoring Podcast hosts Andrew Clews and Alan Bradley at the Guild of Motoring Writers annual dinner.

“They clearly commit a lot of time to it each week, consistently creating high-quality broadcasts, and we think this deserves to fully break through and reach a broader audience – and for Alan and Andrew to hopefully then take the next steps in professional automotive journalism.”

As part of the prize, the podcast hosts will win a paid work experience package with Motoring Research, as well as two years’ provisional membership of the Guild.

“Podcasting is still such a fledgling outlet and we’re both surprised and honoured that Motoring Research and the Guild of Motoring Writers have recognised that it has a place in the spectrum of content available today,” said Alan.