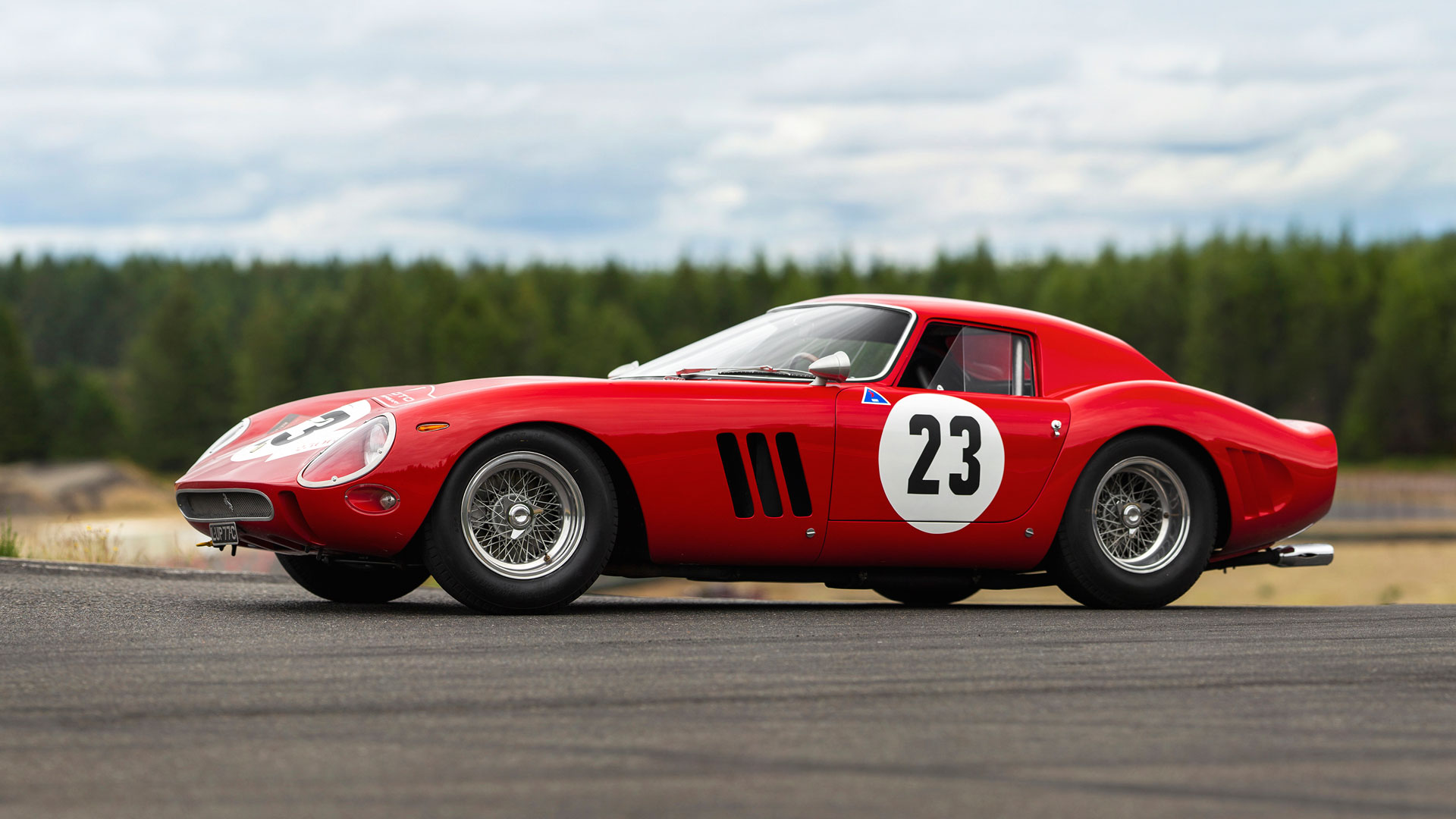 Many people would buy a Ferrari if their lottery numbers came up, but as this gallery proves, you might need more than a few Euromillions to secure a classic example of the Prancing Horse. Indeed, 13 of the top 20 most expensive cars sold at auction wear a Ferrari badge, and 17 are Italian. We’ve included a conversion to UK pounds, with the exchange rate correct as of July 2019 (not at the time of sale). 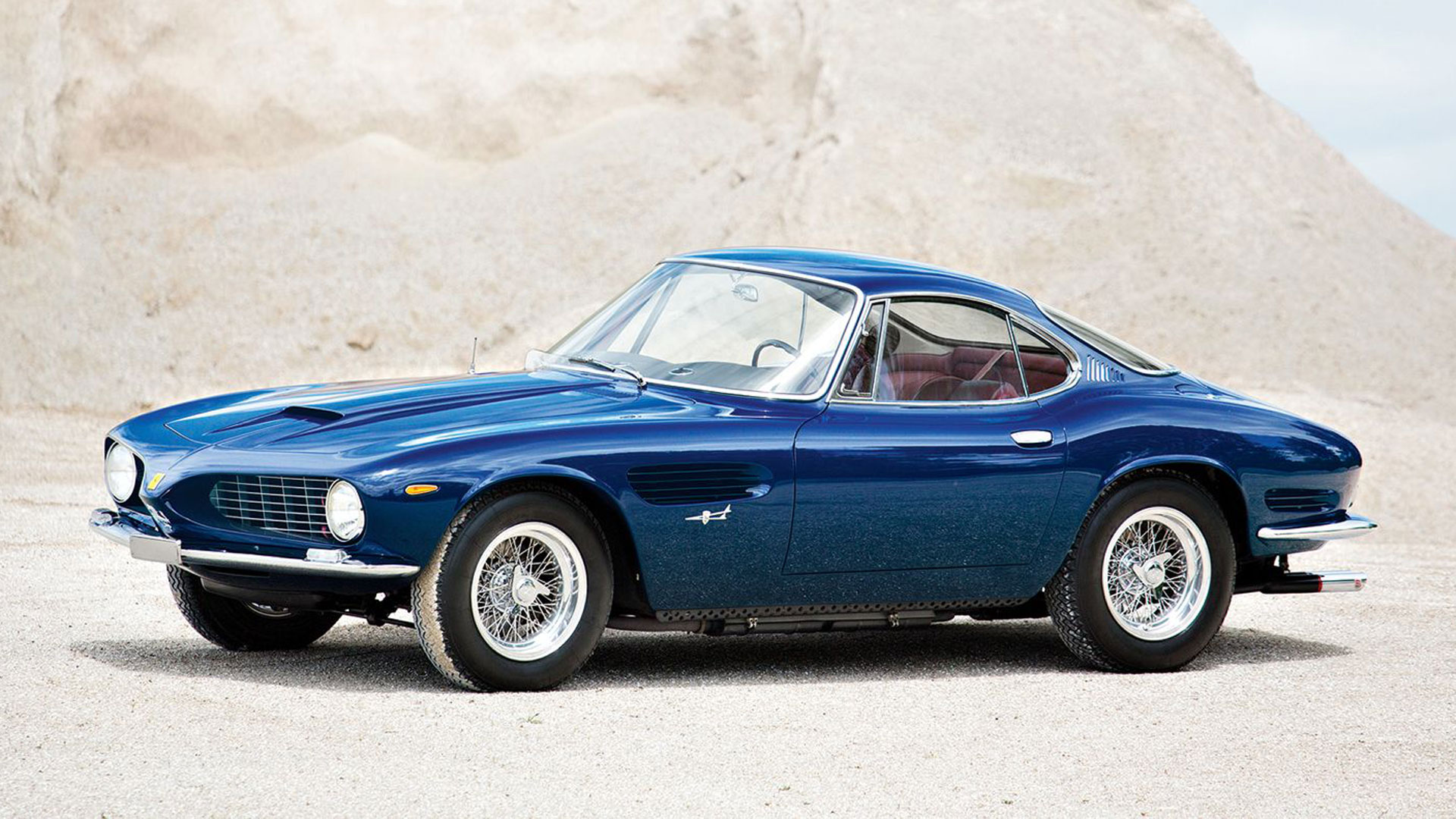 When the least expensive car in the gallery weighs in at $16.5m, you know you’re in for some huge numbers. This 1962 Ferrari 250 GT SWB Berlinetta Speciale was Nuccio Bertone’s personal car and was displayed at the Geneva and Turin Motor Shows. It went under the hammer at a Gooding & Company auction in August 2015. 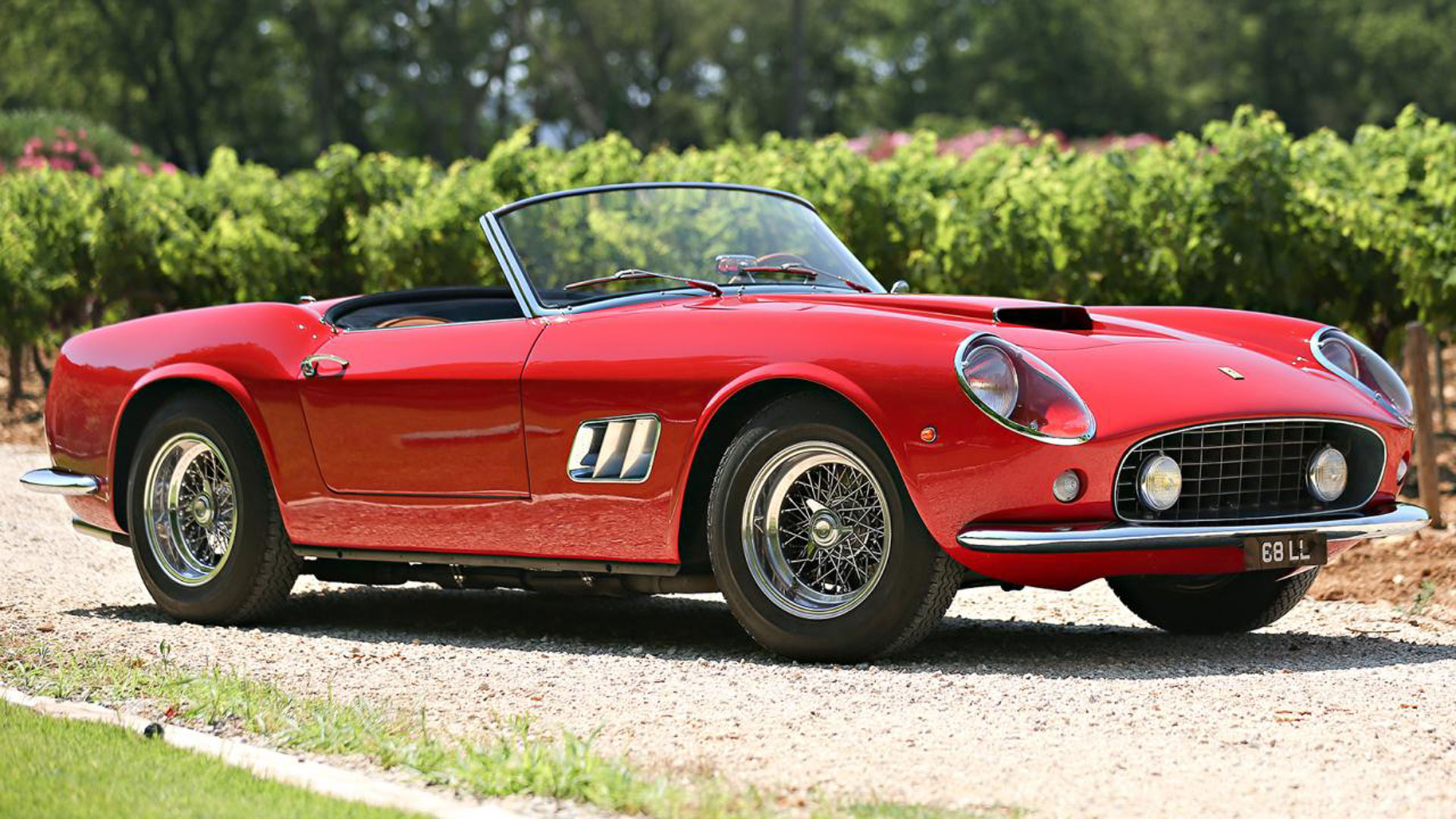 This 1961 Ferrari 250 GT SWB California Spider was sold at the same Pebble Beach auction in 2015, with the hammer falling at $16.8m. It was the first time the car had been offered for public sale and is one of only 37 covered-headlight SWB examples. 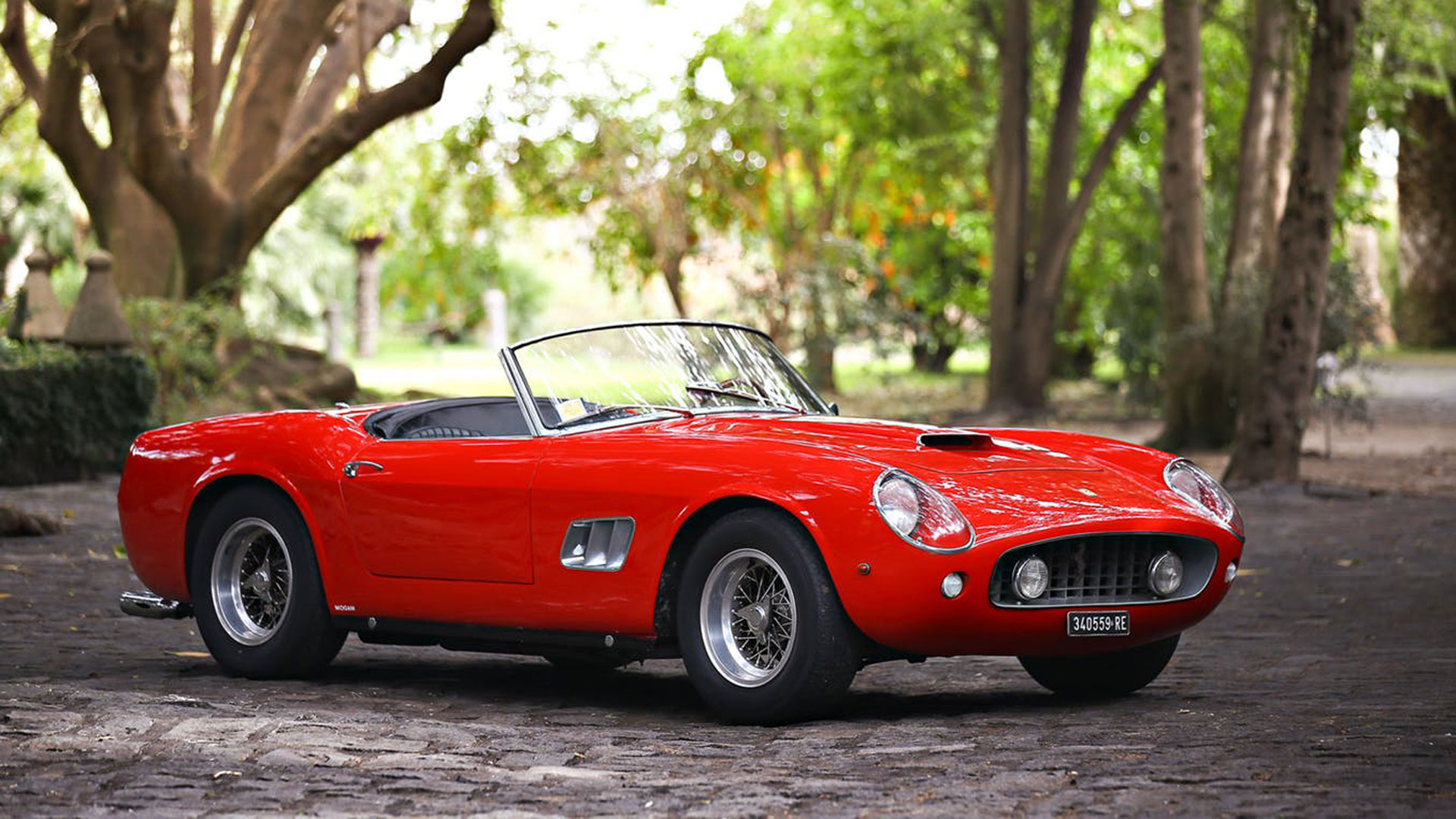 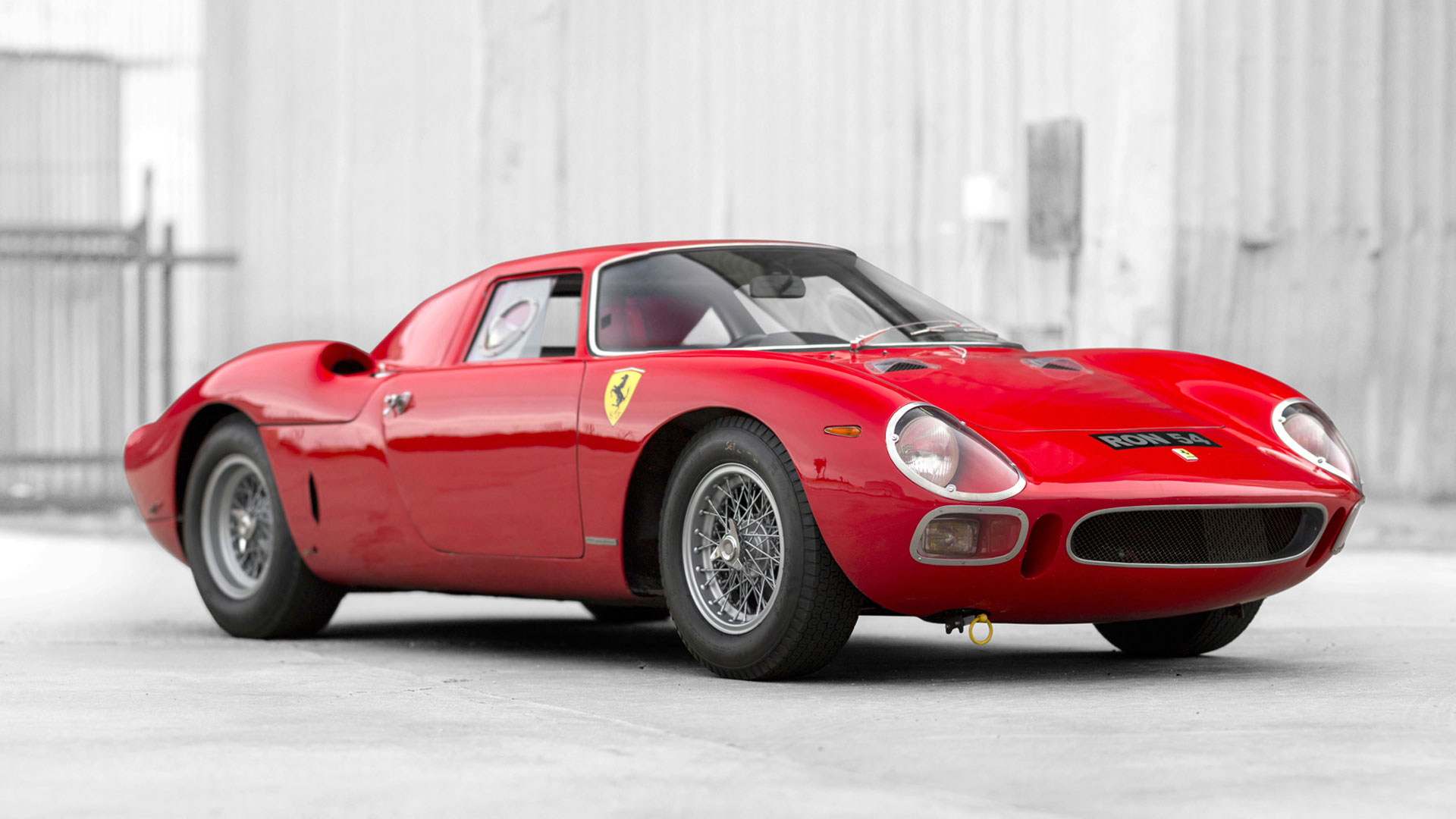 One of only 32 Ferrari 250 LMs built, this car was ordered new by Ronald Fry, a descendant of the famous Fry family who made their fortune in the chocolate industry. The 1964 car, which was shown at the 1966 Earls Court Motor Show, made a sweet fortune at the RM Sotheby’s Monterey sale in 2015. 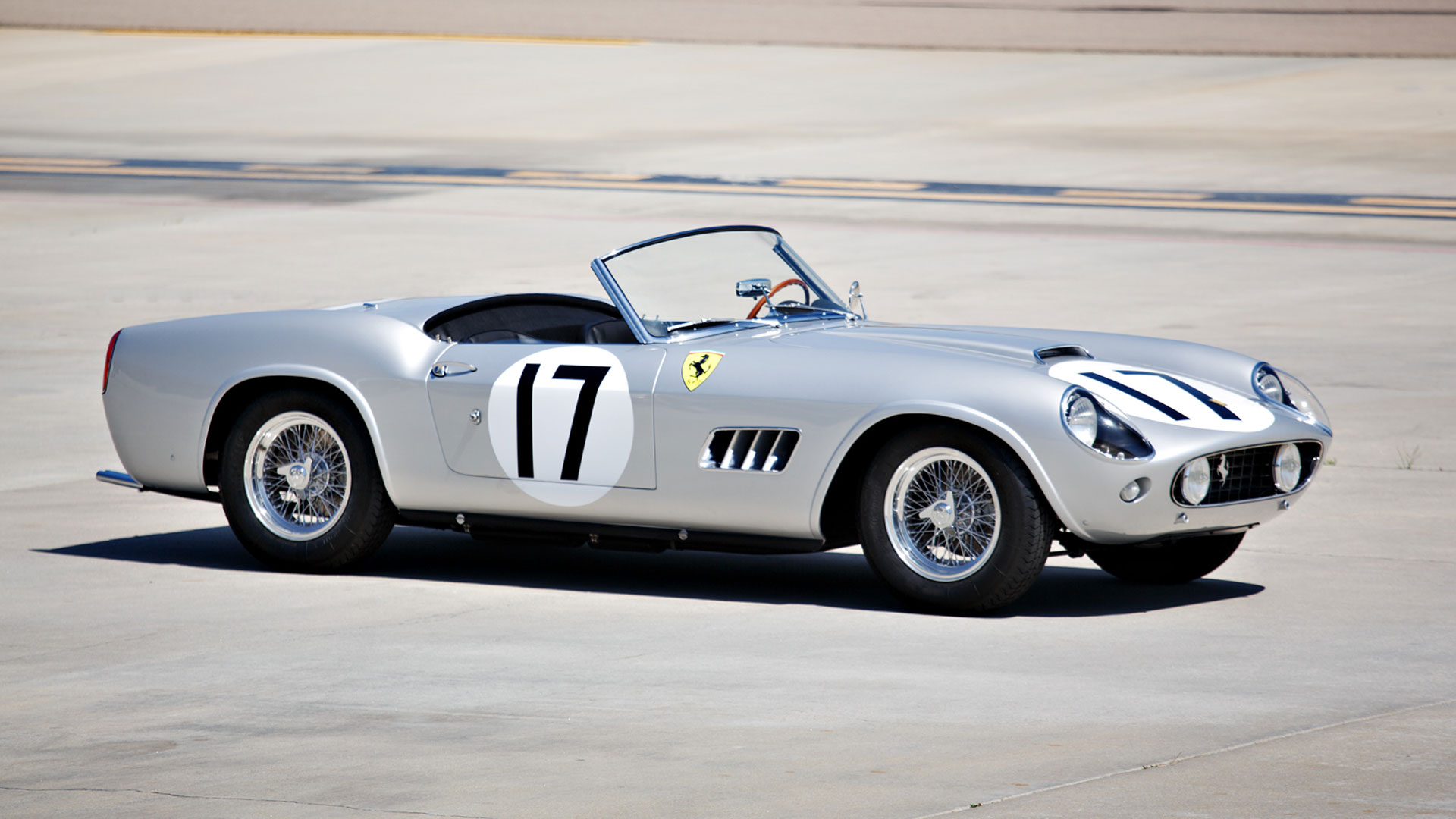 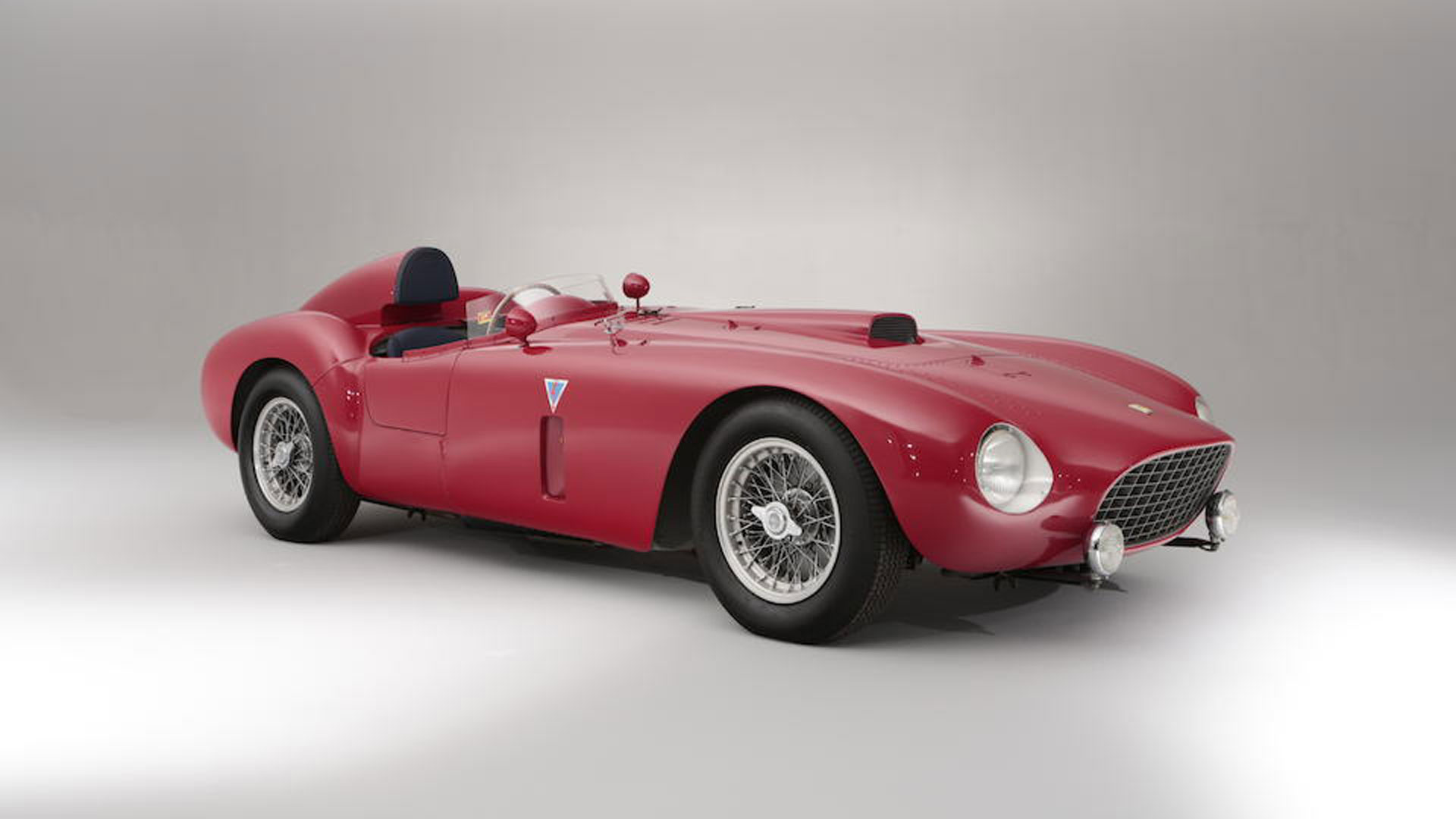 Constructed purely for racing, this Ferrari 375 Plus Spider was one of five built. Its history includes competitive action at Le Mans and the Mille Miglia, which partly explains why it made $18.4m at the Bonhams Goodwood sale in 2014. 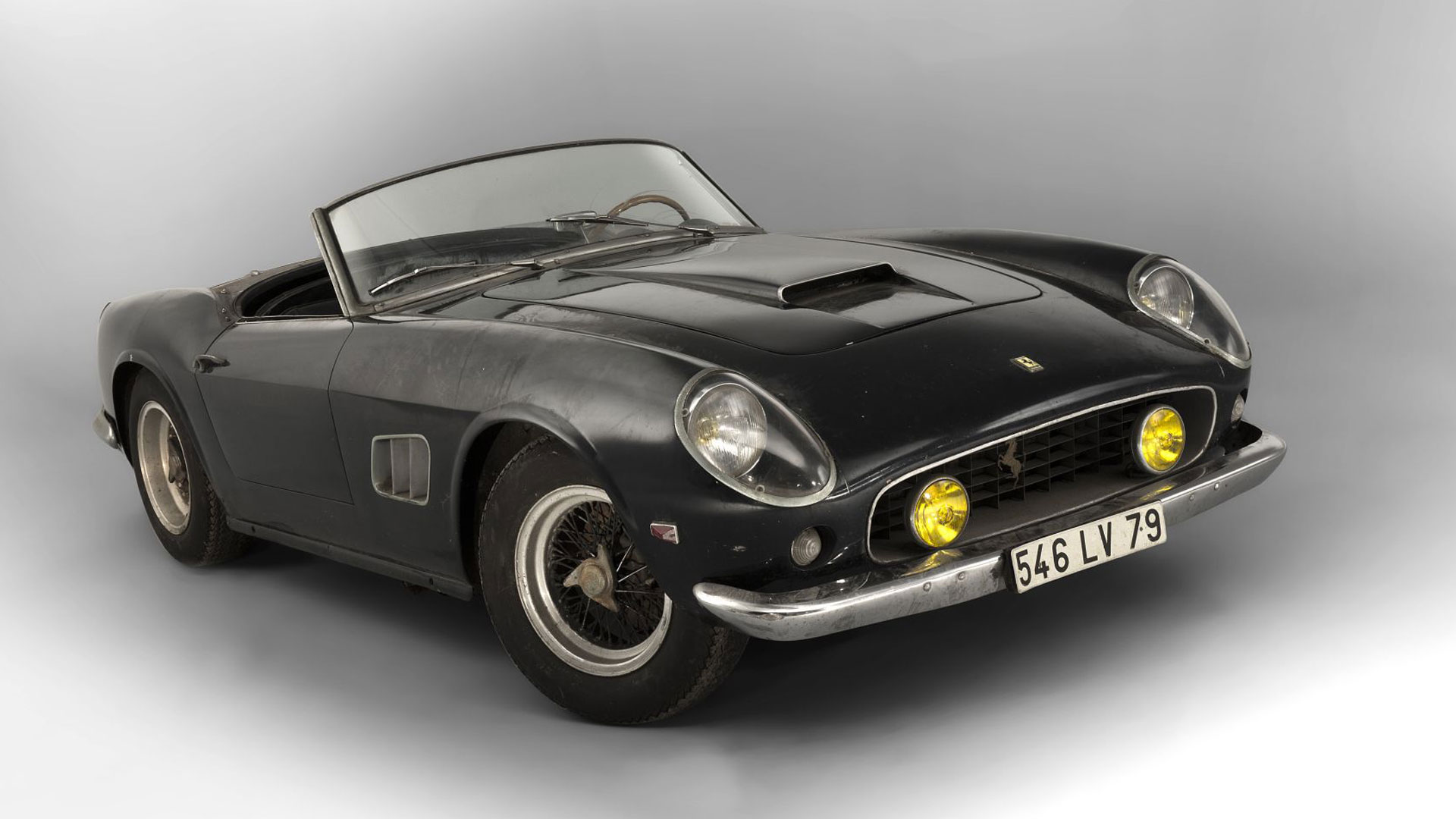 You might recall the remarkable Baillon barn-find collection unearthed in France in 2014. More than 60 cars, including this Ferrari 250 GT SWB California Spider, were stashed away by a wealthy collector and then forgotten about. The 2015 auction realised $28.5m in sales, with the Ferrari selling for $18.5m. 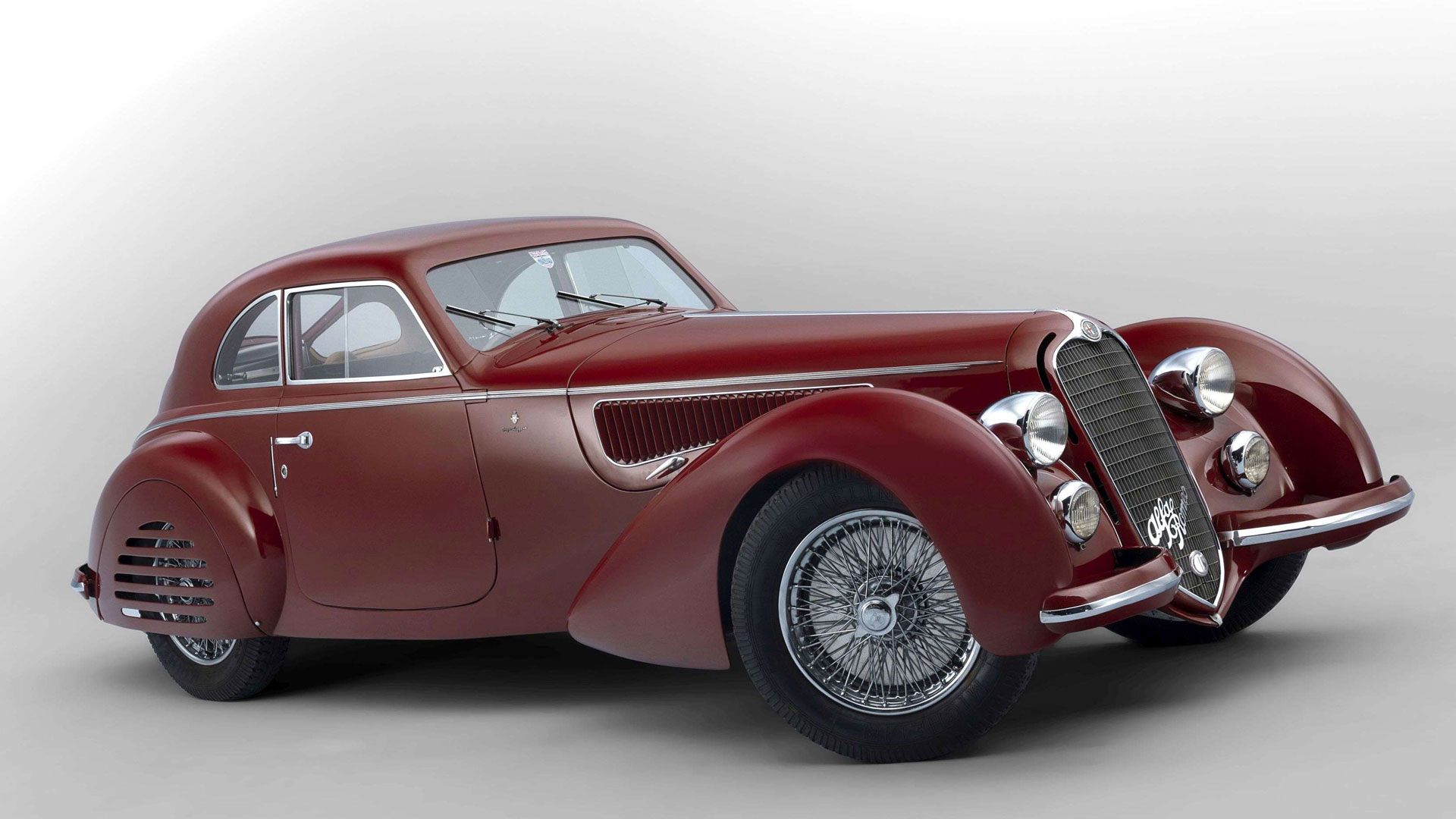 As things stand, this Alfa Romeo 8C 2900B Touring Berlinetta is the most expensive car to sell at auction in 2019. Before the Retromobile event, Artcurial predicted it could sell for up to $25m, but it only just made the lower estimate. A sign that the market is cooling this year? 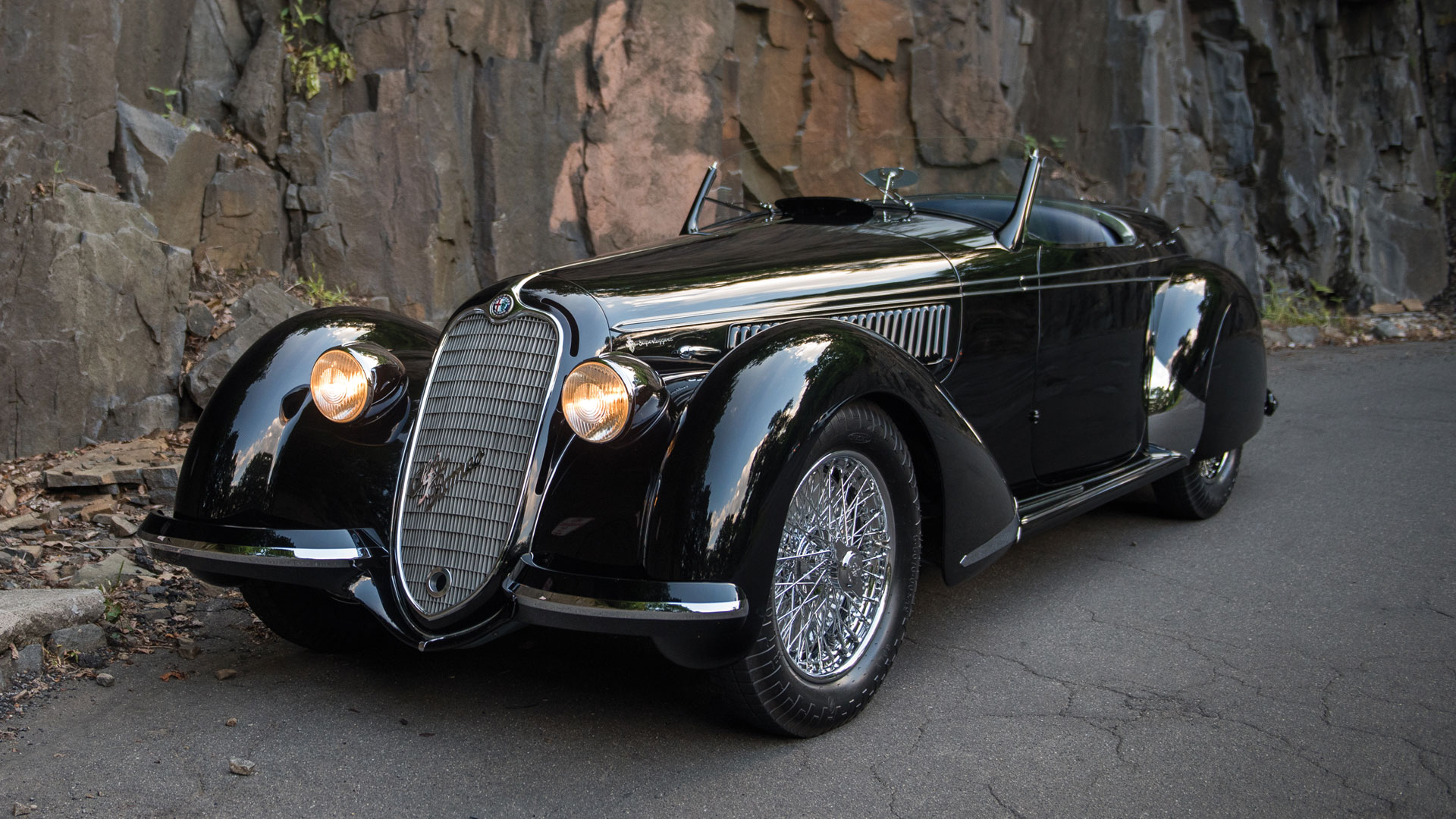 Billed as the Italian equivalent of the Bugatti Atlantic by auctioneers RM Sotheby’s, this 1939 Alfa Romeo 8C 2900B Lungo Spider made $19.8m at Monterey Car Week in 2016. At the time of sale, it was the most expensive pre-war car to sell at auction. 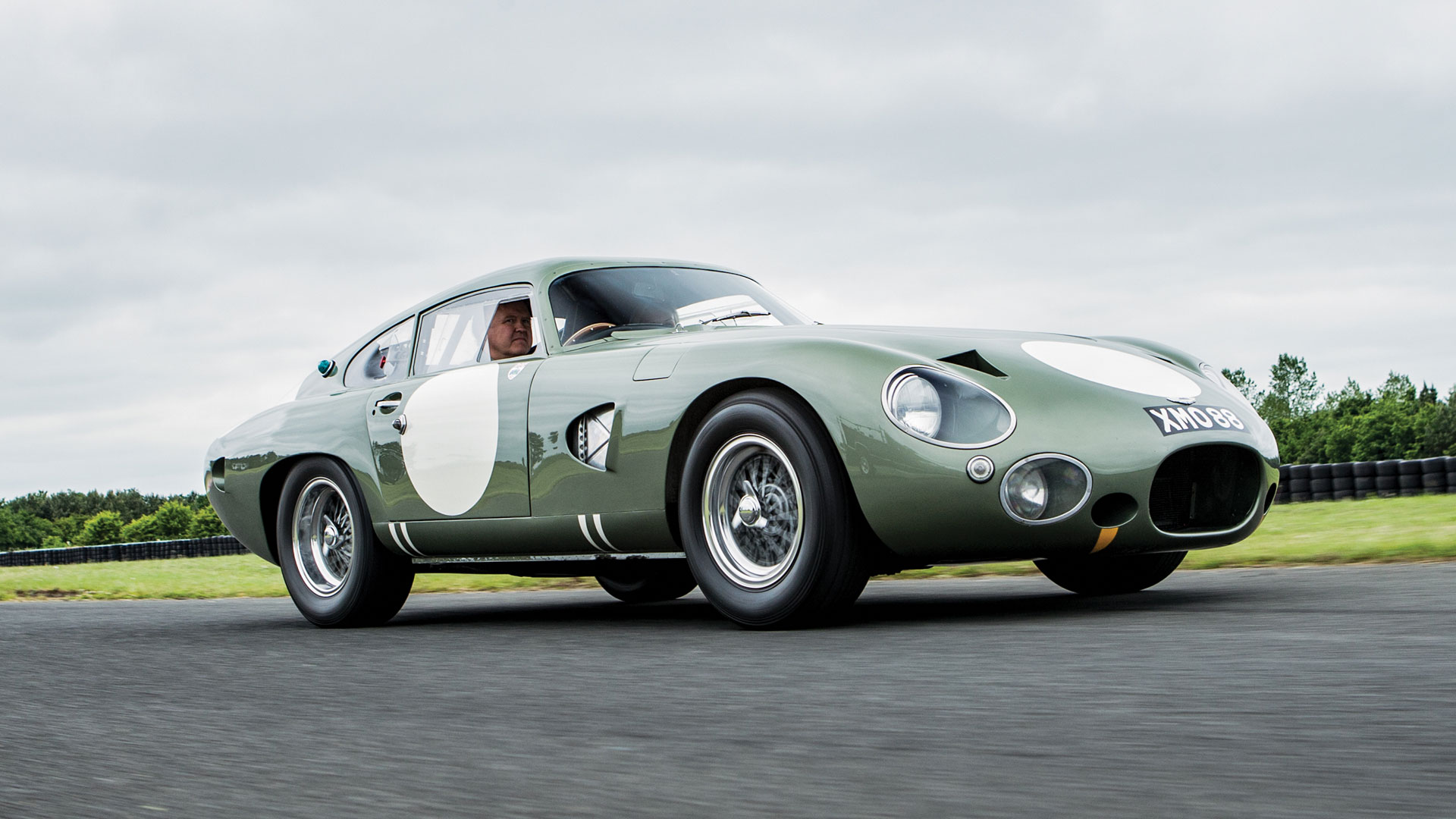 This one-off Aston Martin DP215 sold for £21.45m on day one of the RM Sotheby’s Monterey sale in 2018 and is the second most expensive Aston to sell at auction. It was clocked at doing 198.6mph on the Mulsanne Straight during the 1963 Le Mans 24 Hours. 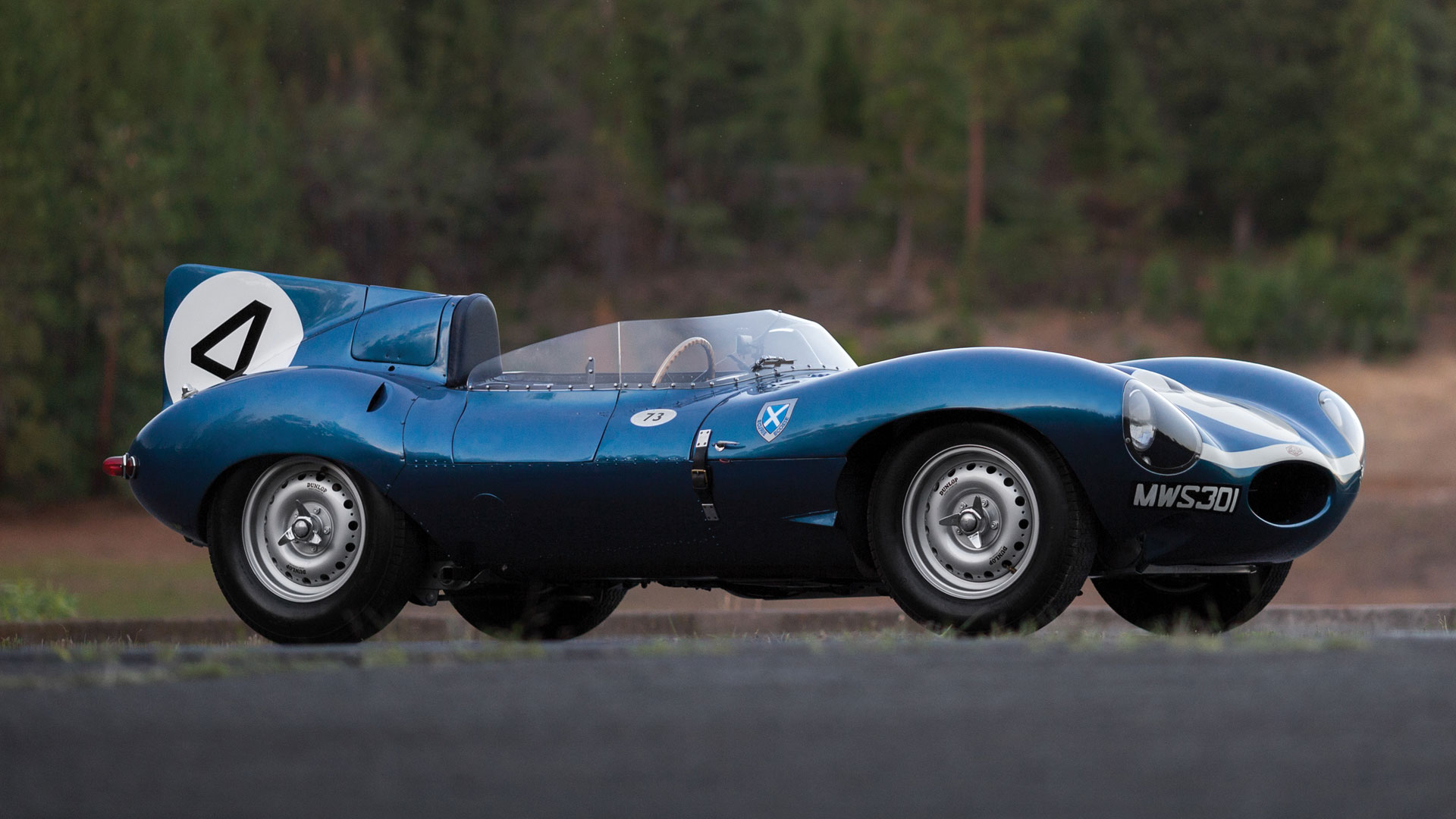 Speaking of Le Mans, this 1955 Jaguar D-Type was the overall winner of the famous race in 1956 and is the only Le Mans-winning C- or D-Type that has survived intact and remained essentially true to its original form. “Unequivocally one of the most important and valuable Jaguars in the world,” said RM Sotheby’s. Quite. 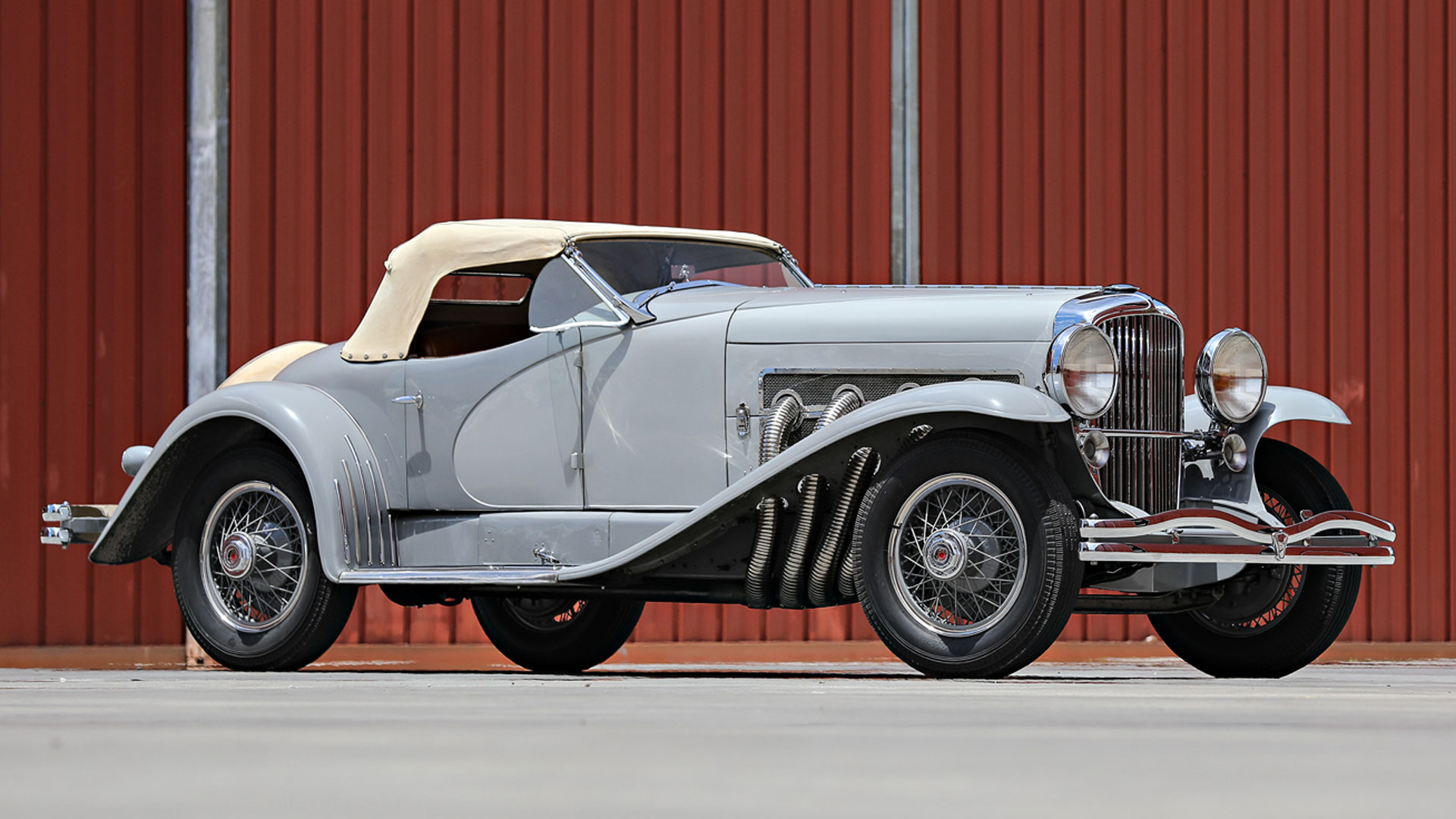 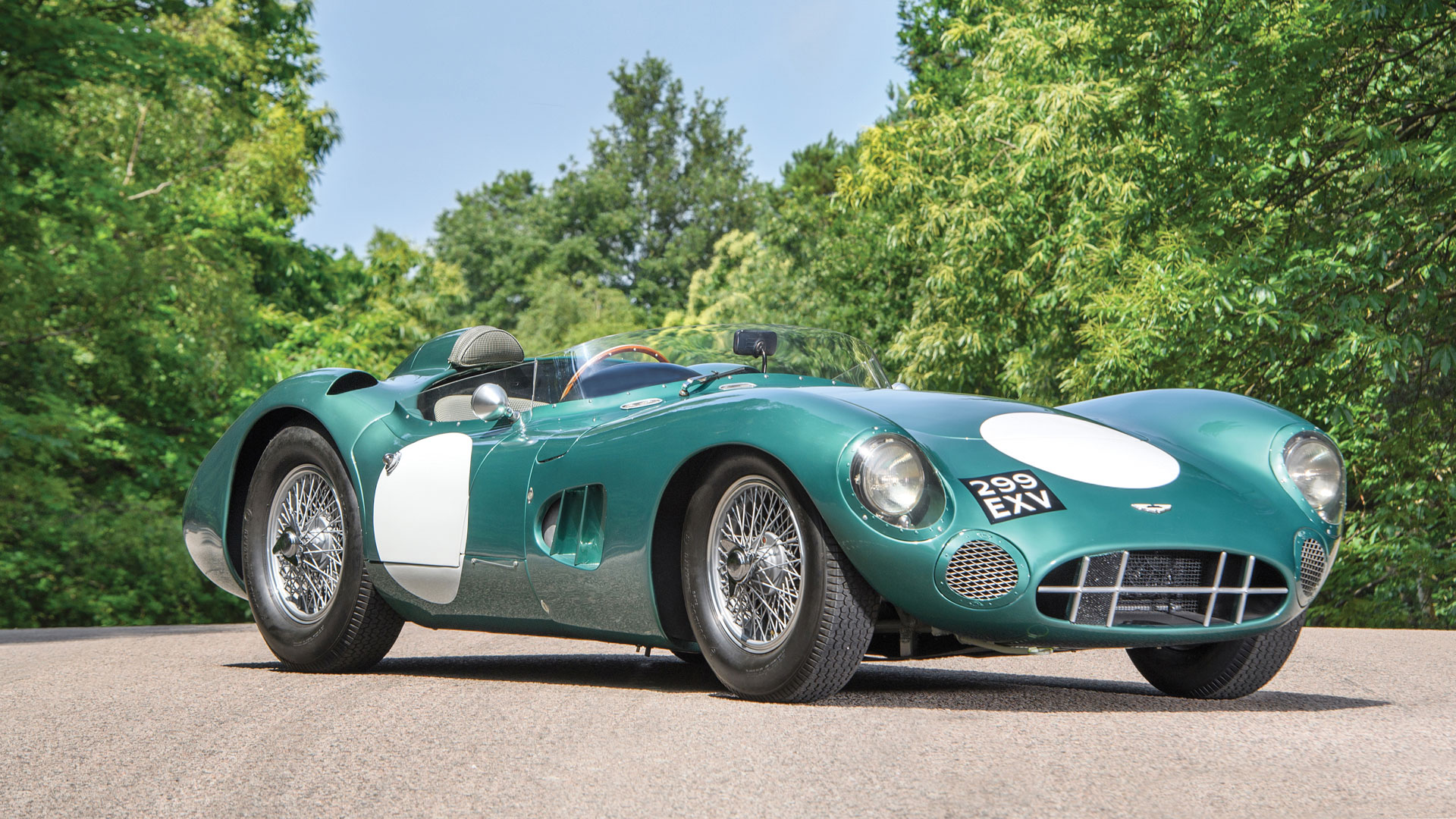 From the most expensive American car to the most valuable British car, this 1956 Aston Martin DBR1 sold for $22.55m at the RM Sotheby’s Monterey sale in 2017. Its racing history includes overall victory at the 1959 Nurburgring 1000km, along with some of the greatest names in motorsport, including Carroll Shelby, Sir Stirling Moss and Jack Brabham. 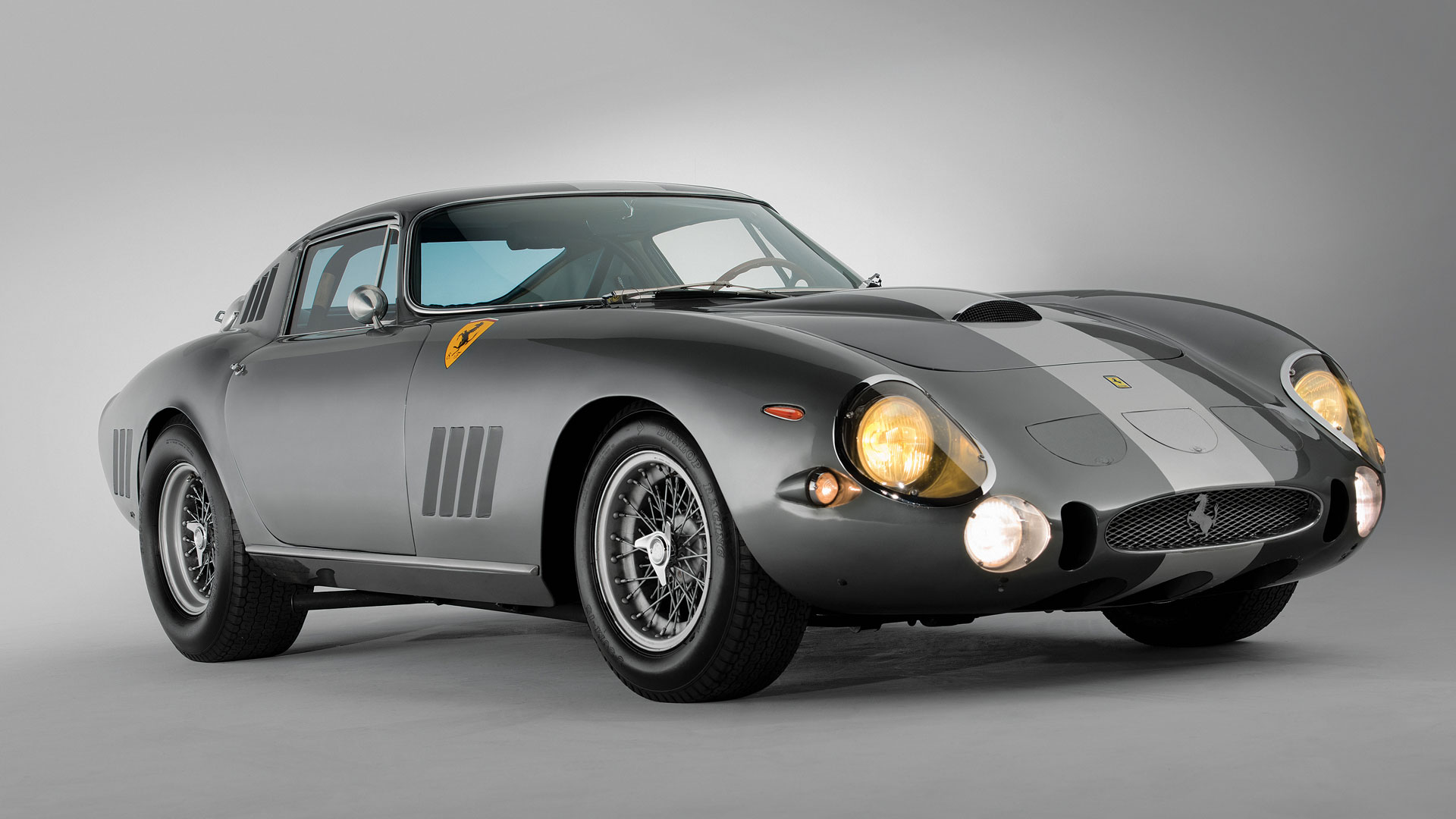 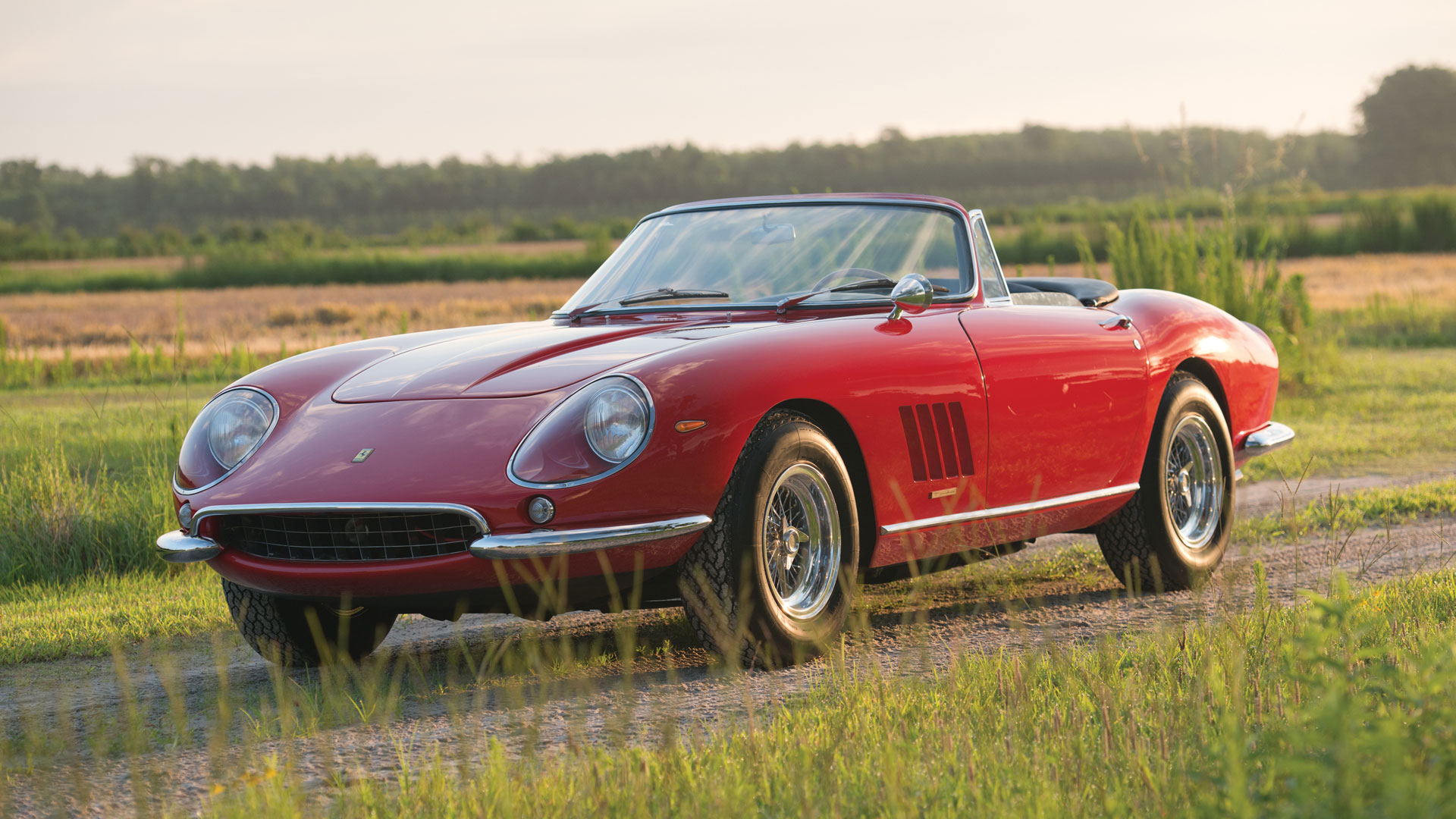 Amazingly, even with a sale price of $27.5m, this 1967 Ferrari 275 GTB/4*S NART Spider wasn’t the most expensive car to sell at auction in 2013. We’ll come back to that in the moment, but this single-ownership car was one of only 10 cars built, hence the eyebrow-raising price. 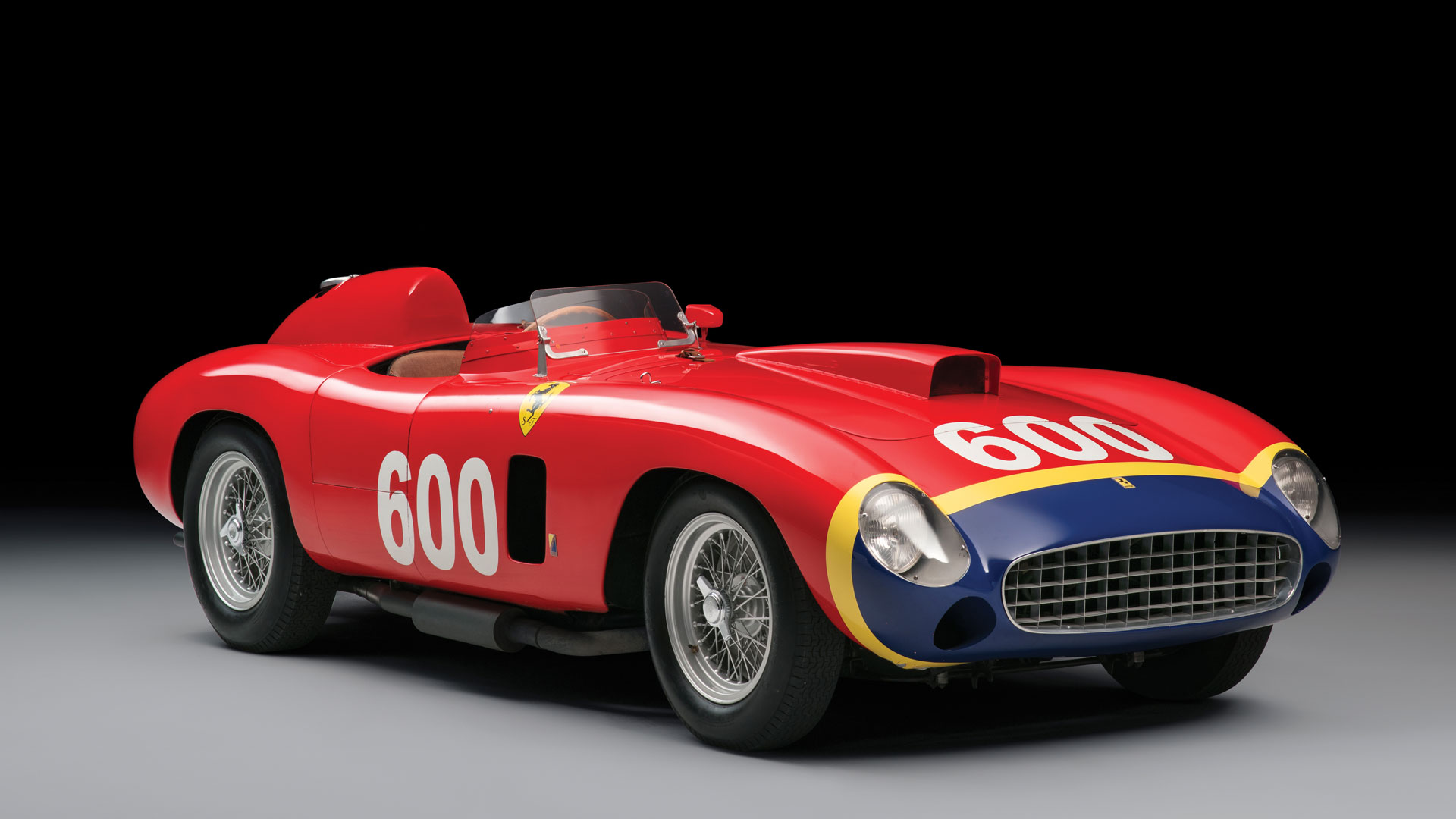 This 1956 Ferrari 290 MM headlined the RM Sotheby’s ‘Driven by Disruption’ sale and was the most expensive car to sell at auction in 2015. It was built for Formula One legend Juan Manuel Fangio and was one of only four 290 MMs built. 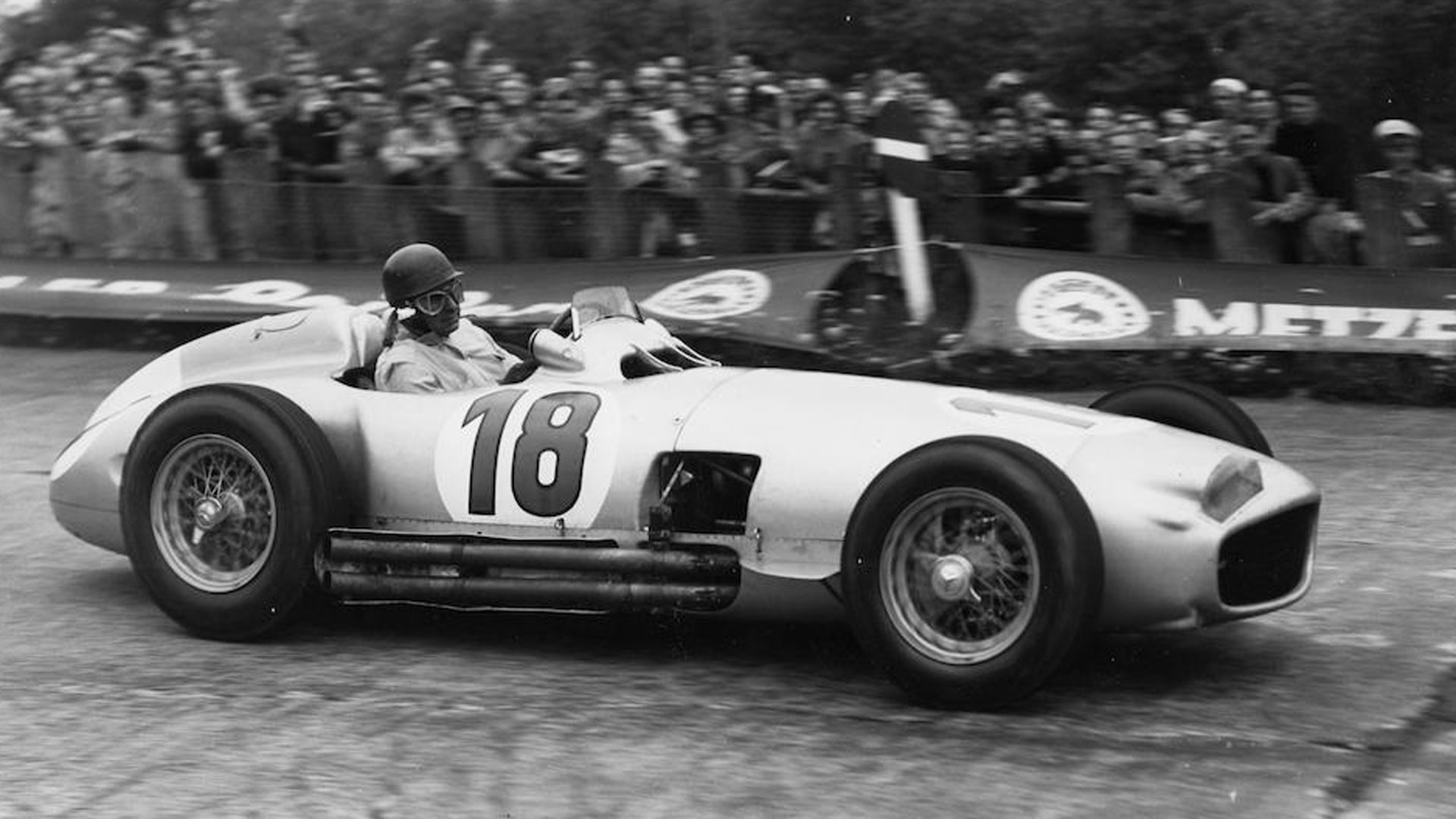 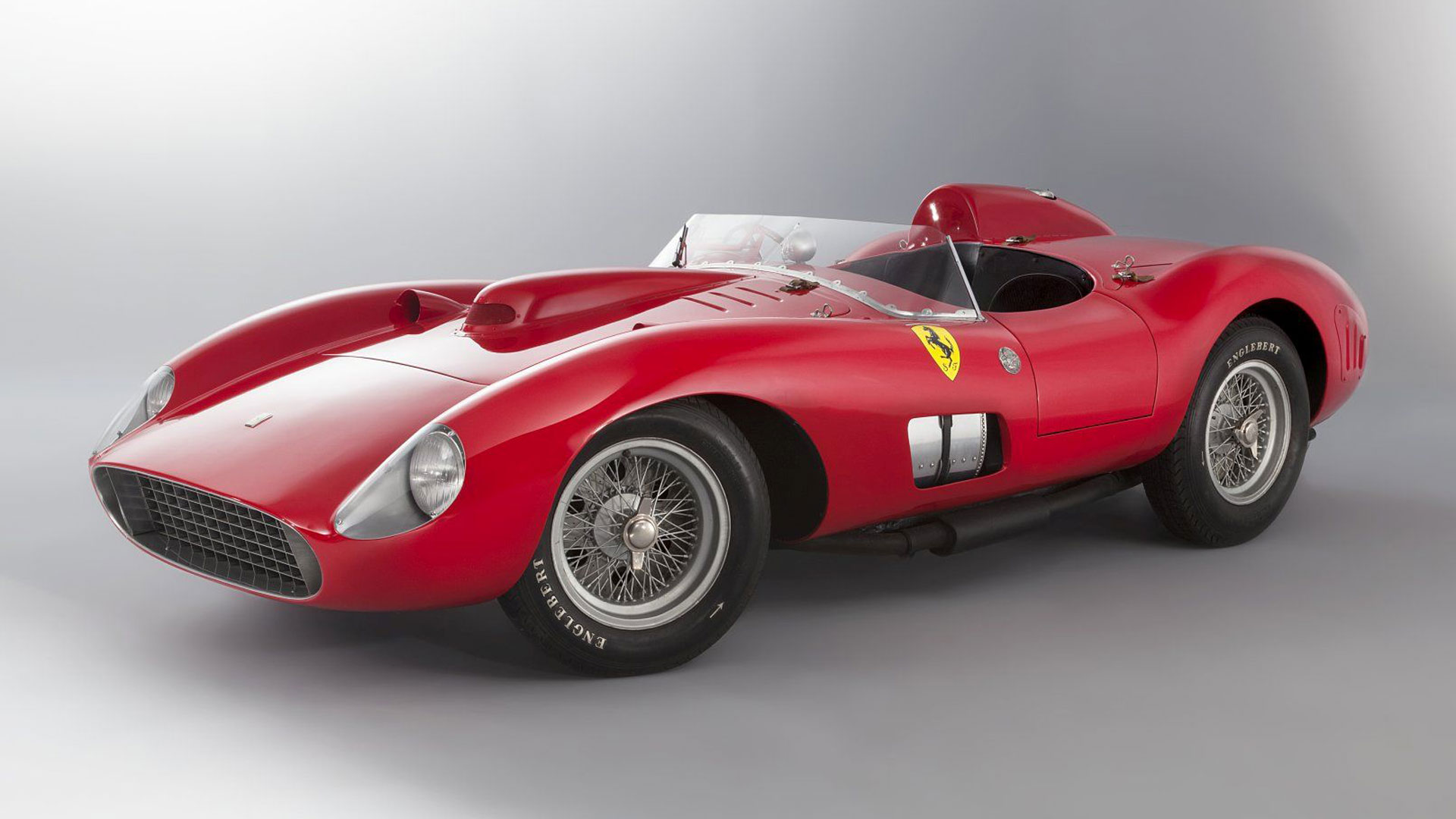 This 1957 Ferrari 335 Sport is the most expensive car to be sold at auction in Europe, with the car driven by some of the world’s greatest drivers. It finished second in the 1957 Mille Miglia and was the winner of the 1958 Cuba Grand Prix. 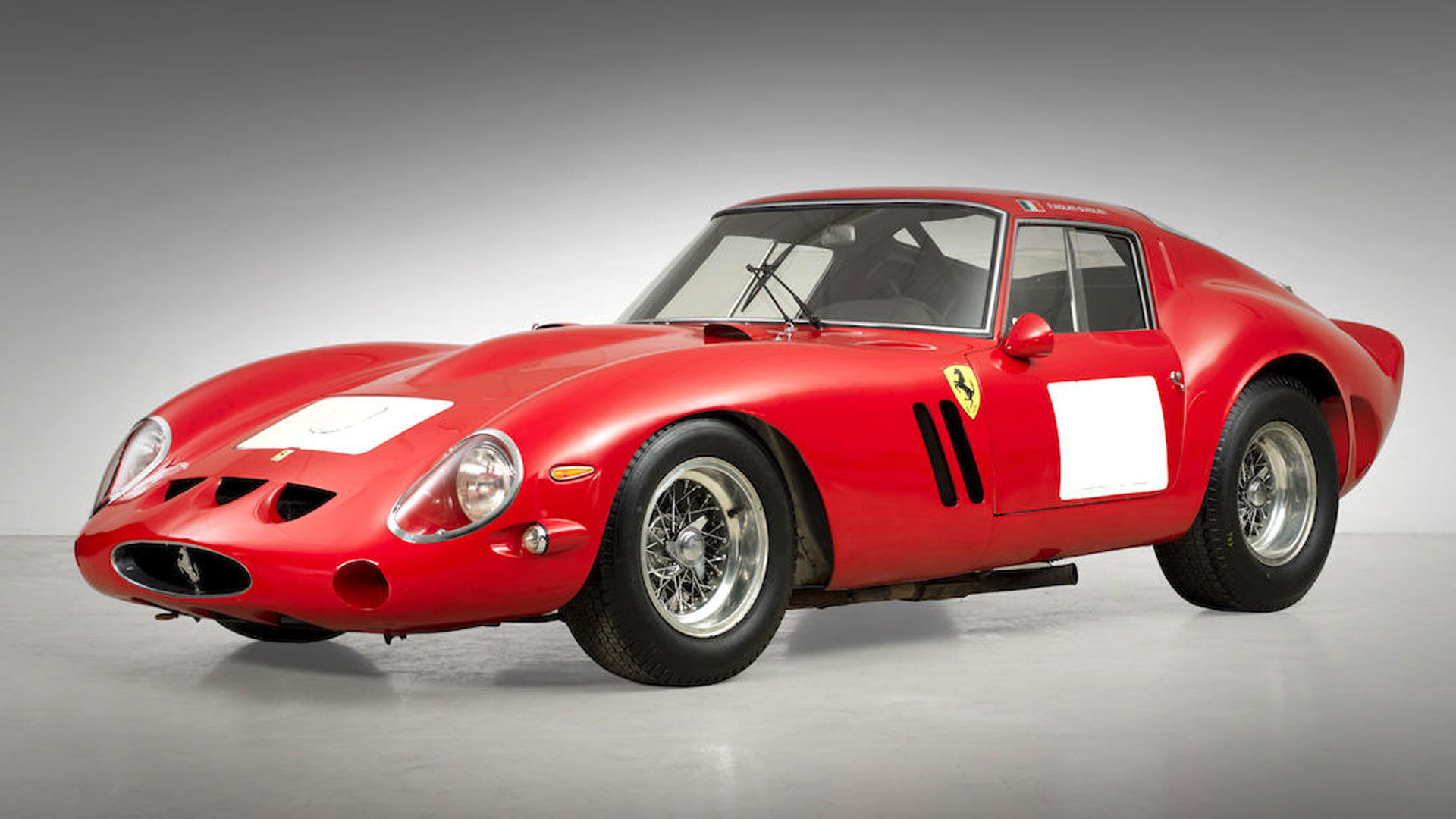 For four years, this 1962-63 Ferrari 250 GTO was the most expensive car to be sold at auction. At the time, Robert Brooks, chairman of Bonhams, said: “We’ve always maintained that we would exceed the current world record and that the car would bring between $30-$40-million. And today the GTO did just that.” 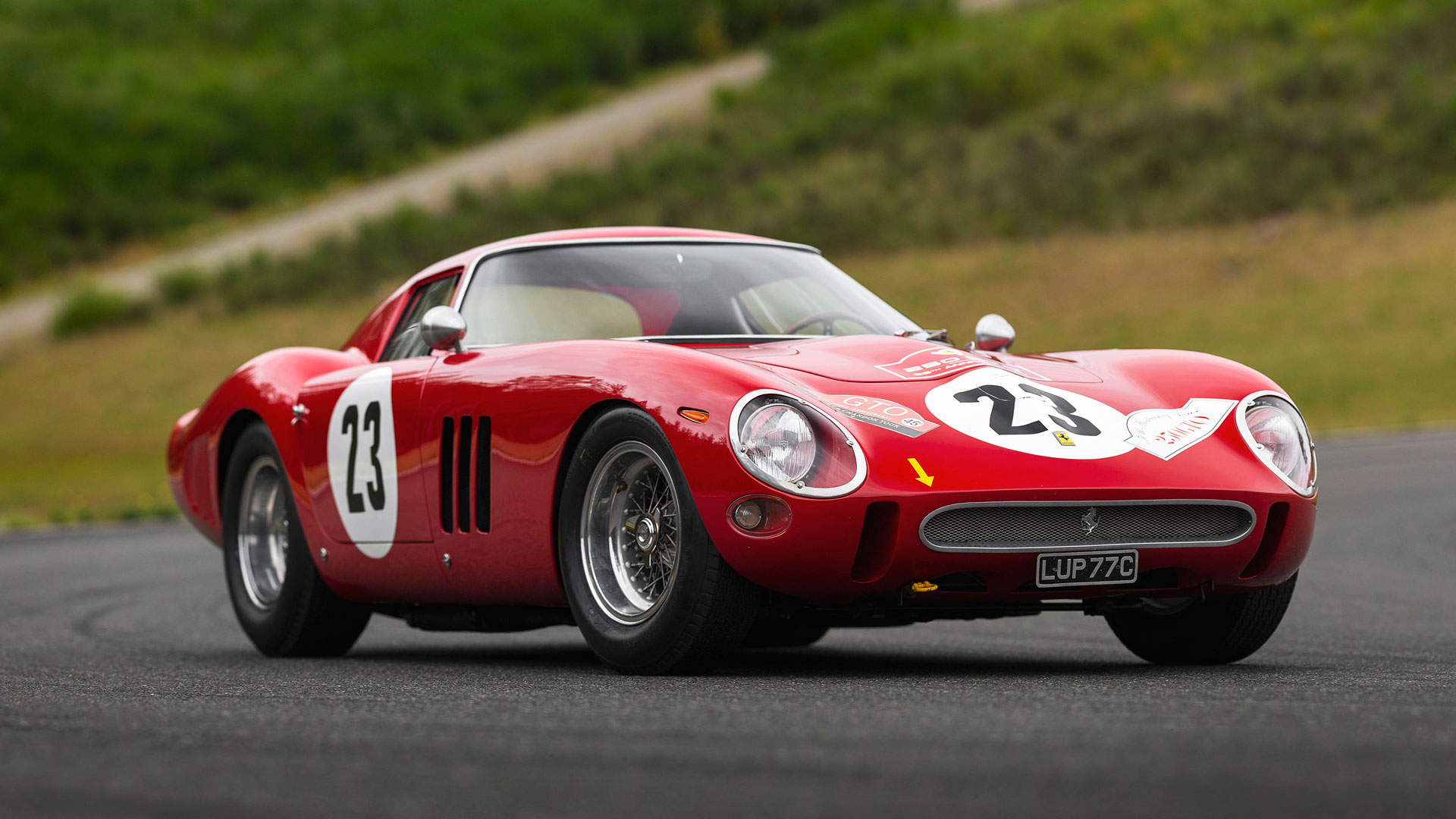 Described as the ‘holy grail’ of classic and collector cars, this 1962 Ferrari 250 GTO smashed its $45m pre-auction estimate. Only 39 cars were built, and this example was raced by Jo Schlesser. If the market cools, is it destined to remain as the king of the auction cars?