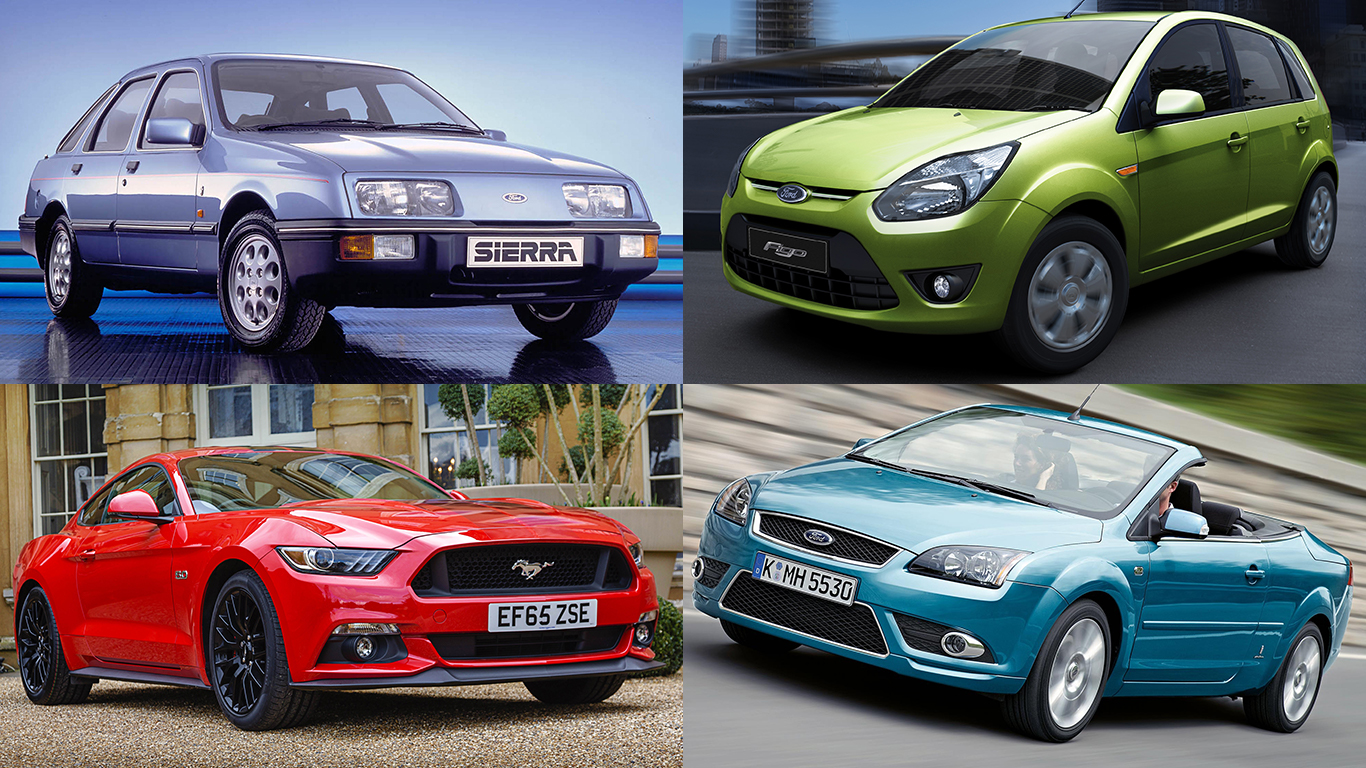 Ford knows how to appeal to the mainstream car buyer. Its Fiesta supermini has remained the best-selling car in the UK since 2009, while the Focus is a favourite among company car drivers and families alike. It can do performance cars, too, from the Fiesta XR2 to the latest Focus RS. But there have been a few duffers over the years. Keep scrolling to discover the most controversial Fords ever. 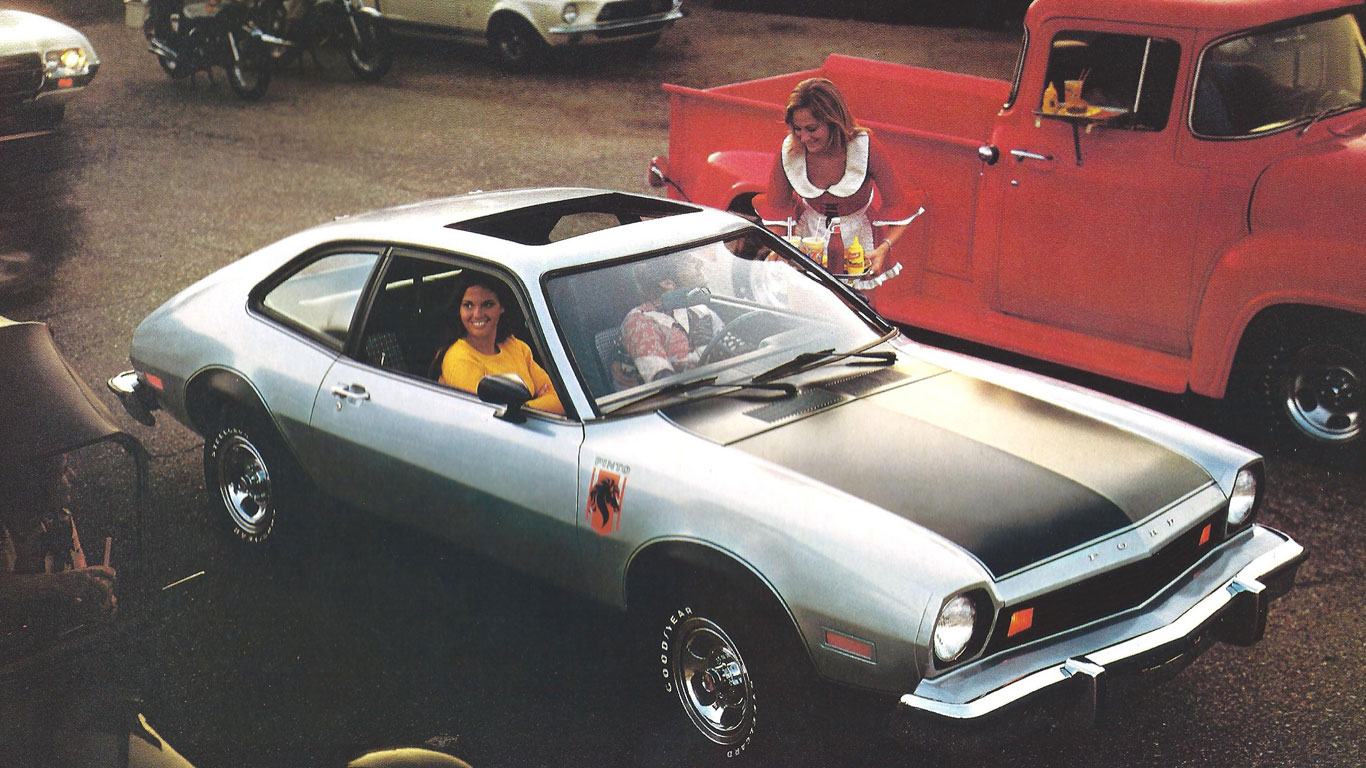 Never mind being one of the most controversial Fords ever, the North American market Ford Pinto is one of the most controversial cars, full-stop. It was subject to a huge recall in 1977 when it was discovered that locating the fuel tank behind the rear axle could have explosive consequences. Ford was accused of knowing about the design fault, and subsequently faced more than 100 lawsuits following the recall. 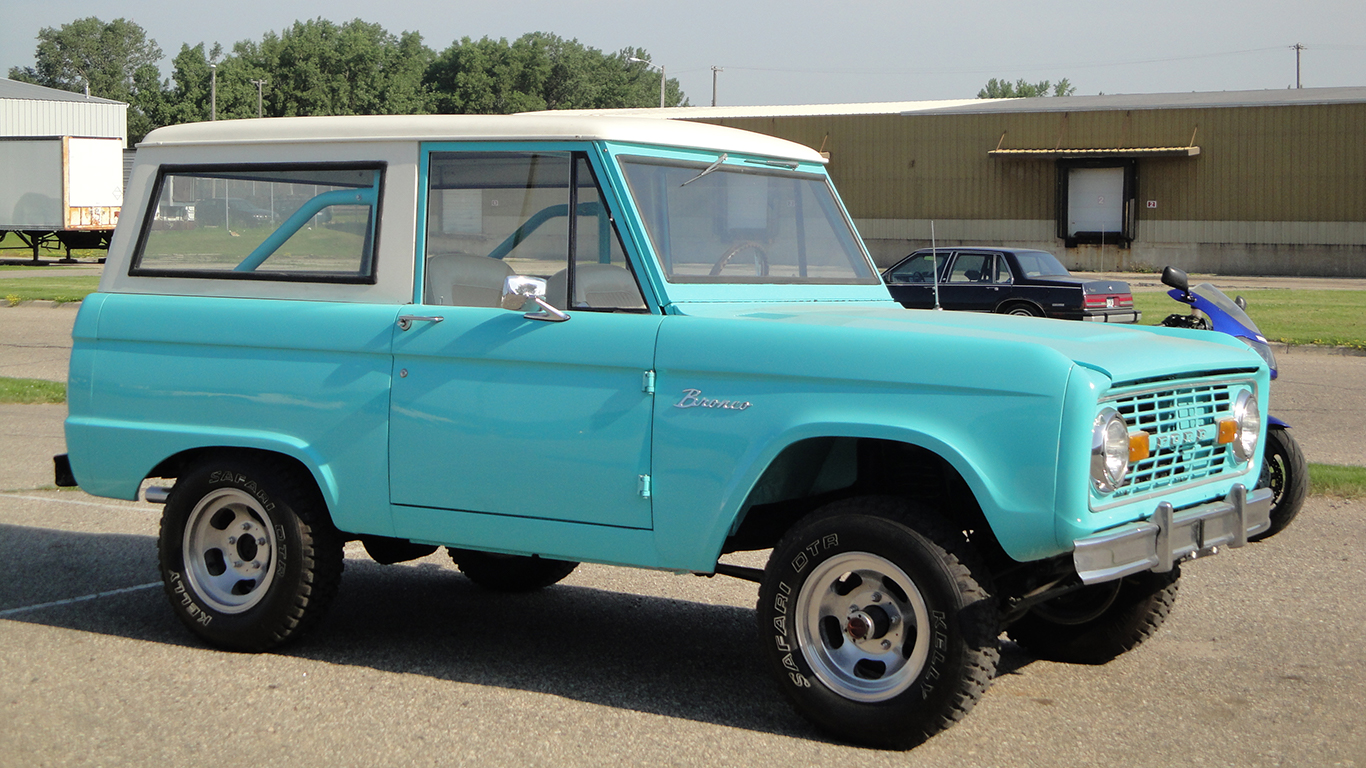 Ford couldn’t have predicted the Bronco’s rise to infamy. When ex-NFL player and movie star OJ Simpson went on the run from police following the murder of his wife and her friend, he used his Bronco as his getaway car. Unfortunately for Ford, more than 95 million people tuned in to watch the chase unfold live on TV. The Bronco has been synonymous with OJ Simpson since then. Bizarrely, Ford has said it will be bringing back the Bronco badge for 2020. 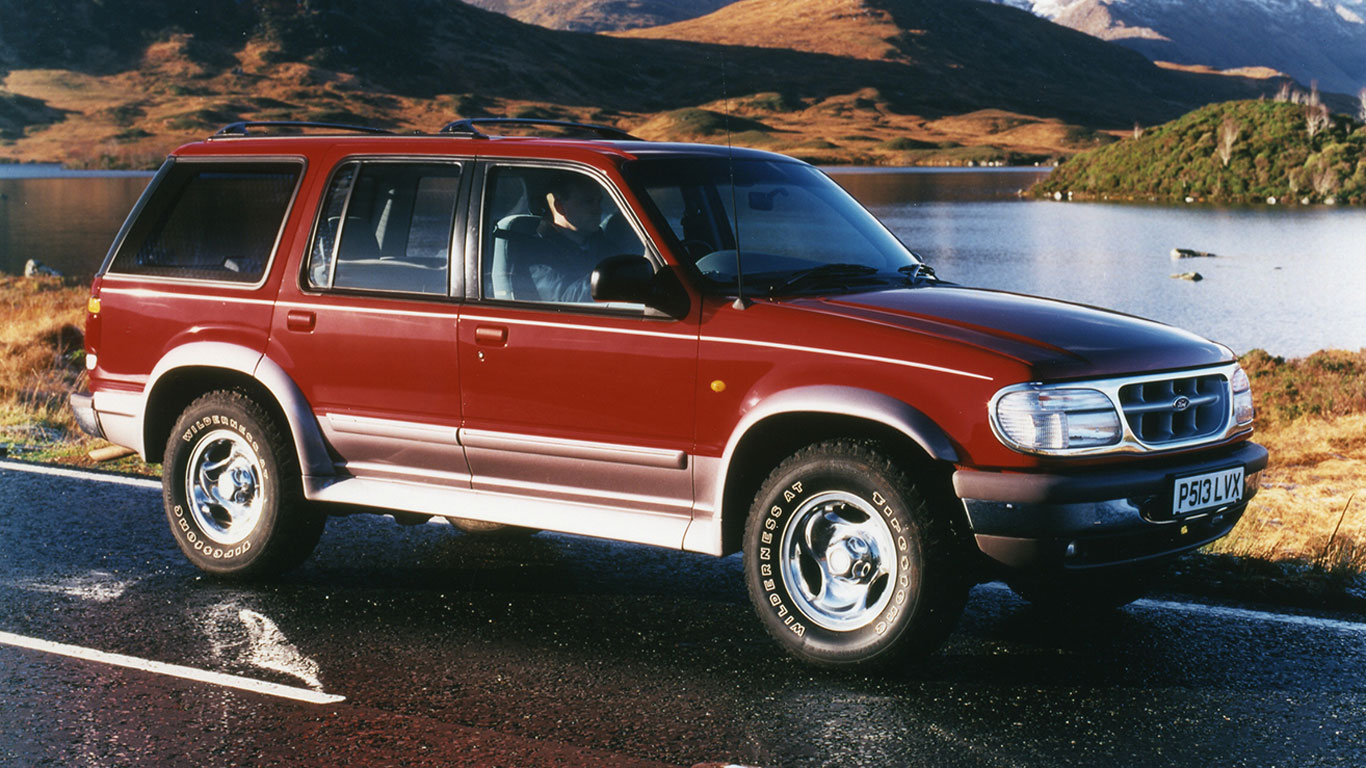 The Ford Explorer was a top-heavy SUV based on the Ranger pick-up truck. In a bid to improve stability while keeping costs to a minimum, Ford lowered the suspension and reduced tyre pressures. This increased temperatures of the standard Firestone tyres during everyday driving, which could lead to the tread separating from the tyre. Blaming Firestone for the issues, Ford issued a recall in 2001, but only after hundreds of crashes involving Explorers, some of them fatal. 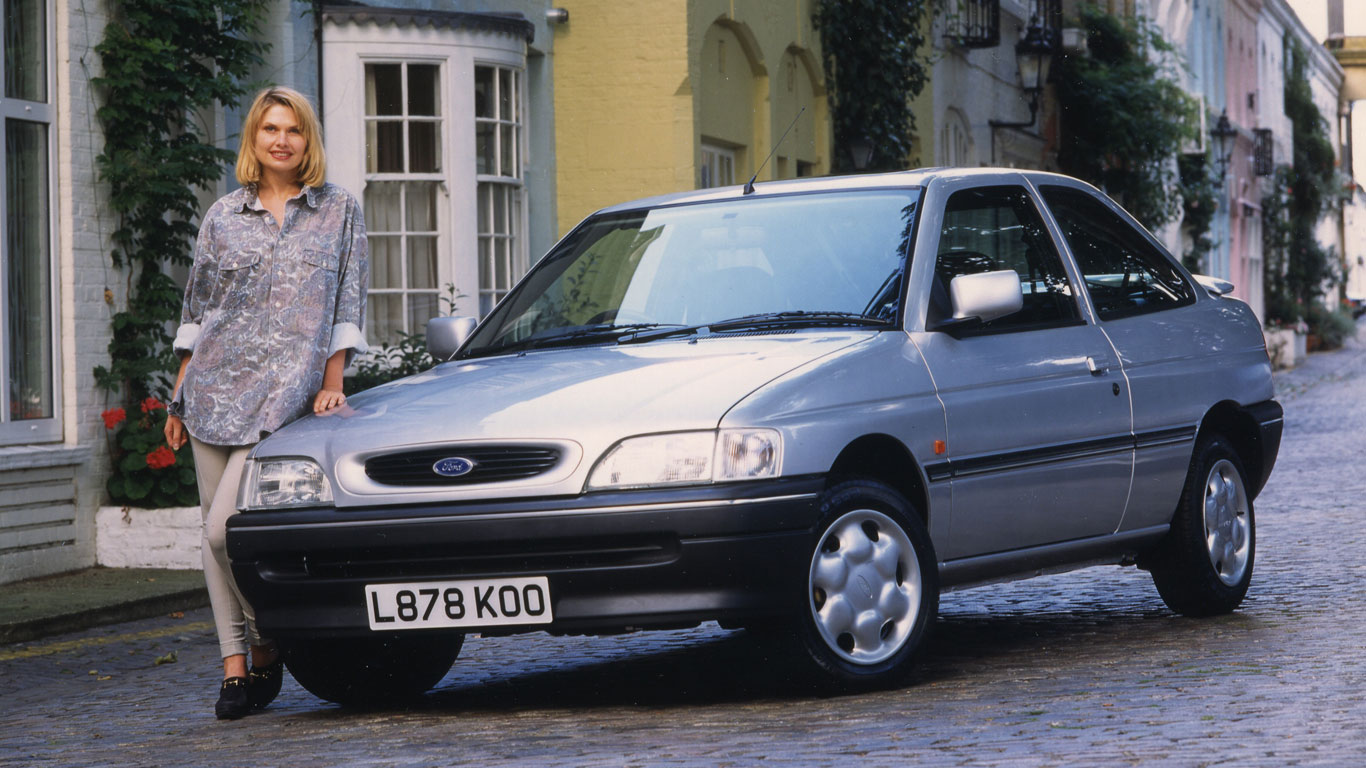 “Ford’s new Escort meets its rivals… and loses”, read the cover of Autocar magazine on 29th August 1990. The fifth-generation model of Ford’s popular family hatchback was a real dud, with disappointing engines, bland styling and handling that couldn’t compete with cars such as the Volkswagen Golf. 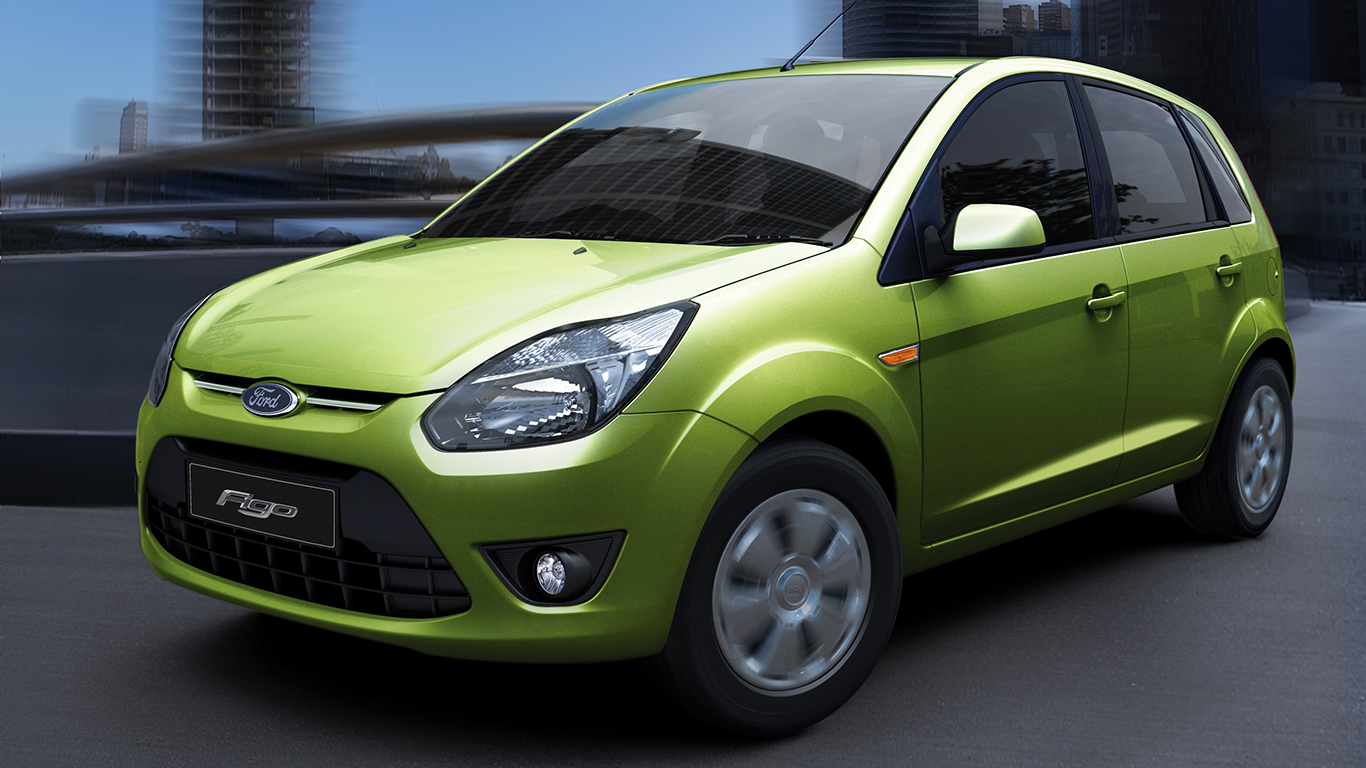 It wasn’t so much the Indian market Ford Figo that’s proved to be controversial, but the advertising around it. An ad for the Fiesta-based supermini appeared on Ford India’s website showing former Italian Prime Minister Silvio Berlusconi with a group of gagged women in the boot of the car. Beneath the picture, it stated: “Leave your worries behind with Figo’s extra-large boot.” 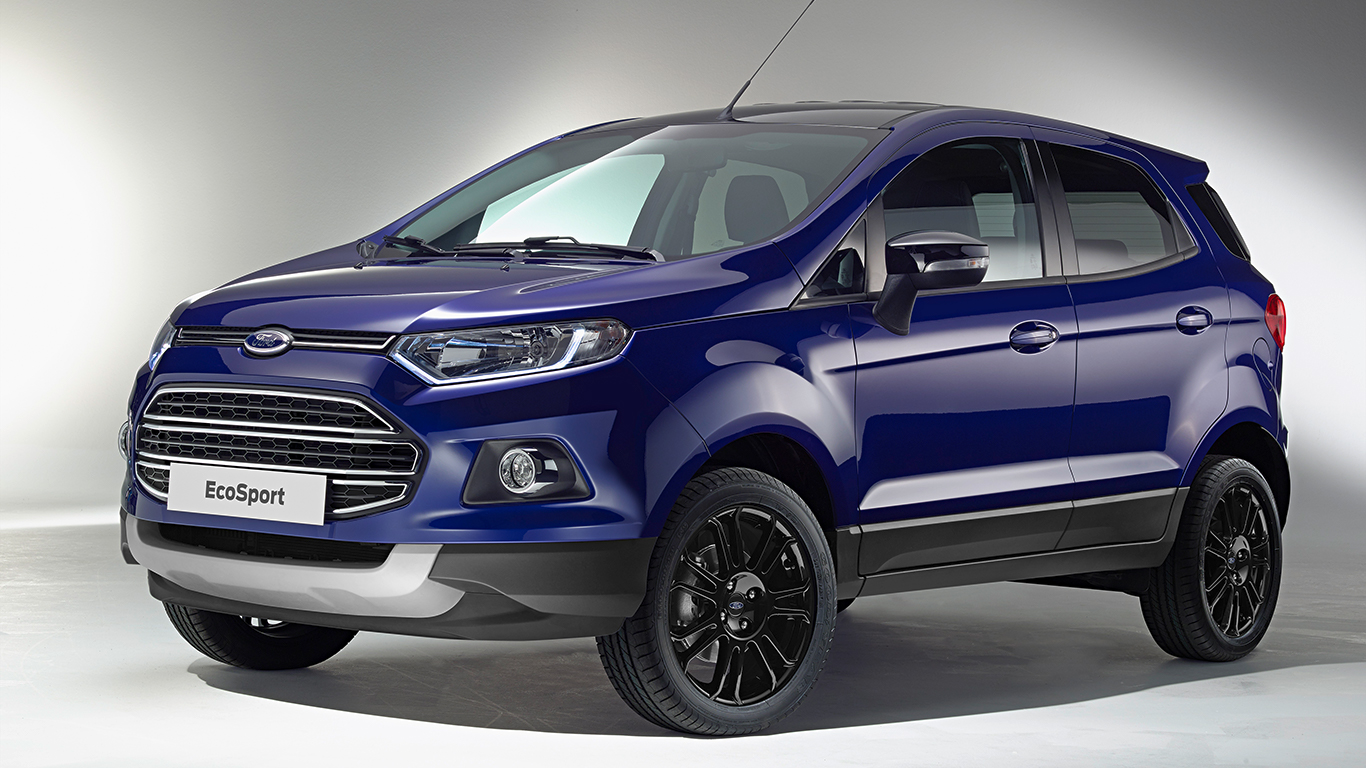 Ford desperately needed a small crossover to rival the Nissan Juke. Rather than designing an all-new Fiesta-based crossover for the European market, it brought its Ecosport ‘world car’ across. Reviewers were pretty unanimous that the Ecosport was one of the worst new Fords in a long time, and sales reflect this. 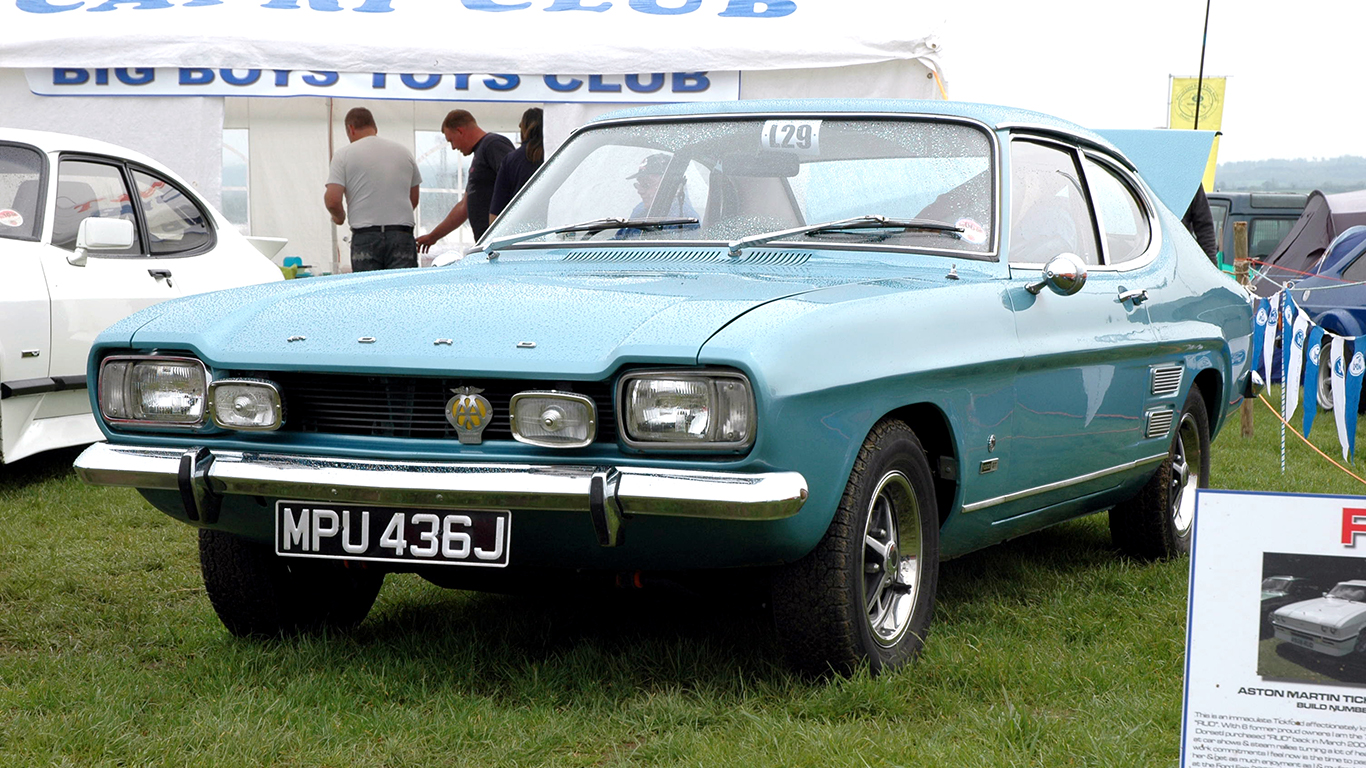 The Ford Capri was intended to be a Mustang for Europe, but it fell well short of being a European pony car. The Mk1 shared a lot of components with the Cortina family saloon, and was offered with a range of engines kicking off with a disappointing 1.3-litre four-cylinder unit. It was far from a European Mustang, but the Capri proved to be a sales hit and is a desirable classic car today. 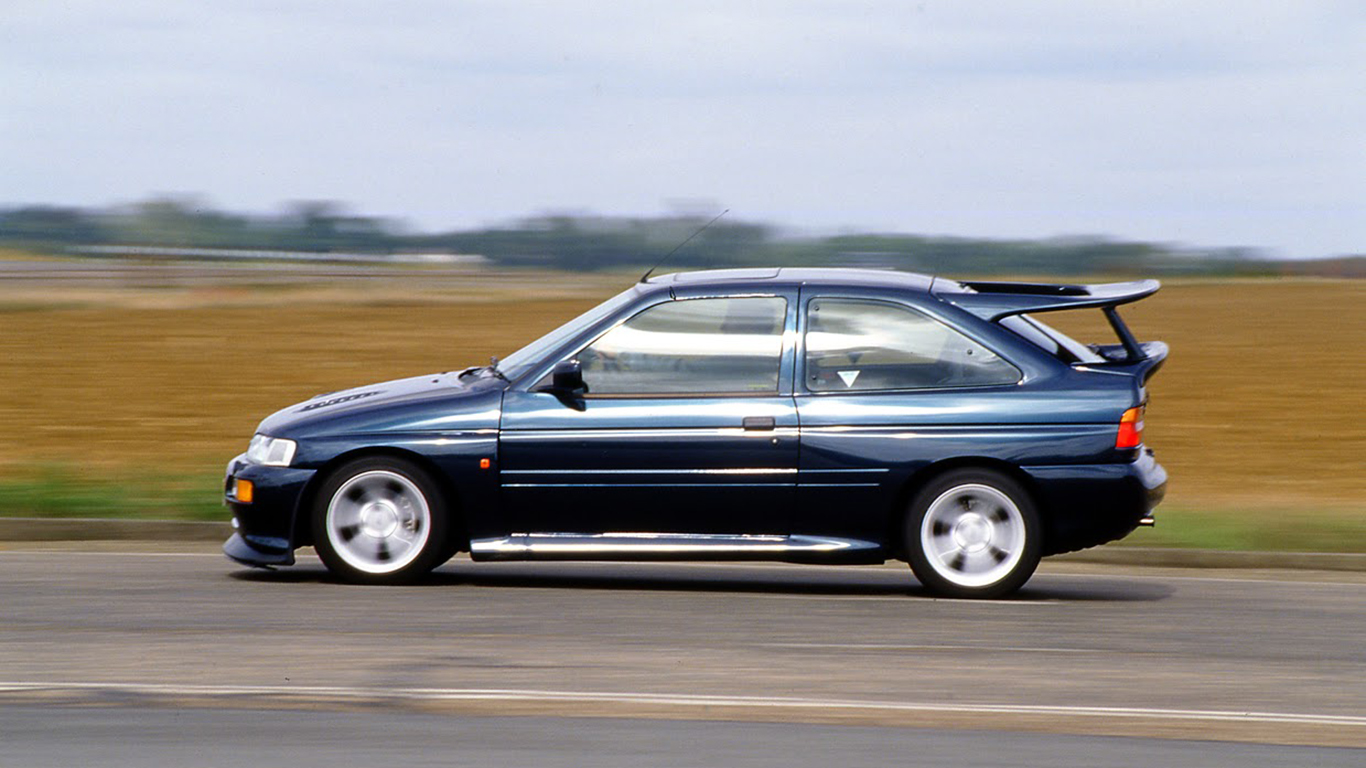 The Ford Escort RS Cosworth was so quick that, back in the day, police cars couldn’t keep up with them. As they were relatively easily to steal, they were very popular with joy riders and more serious criminals alike, making them extremely expensive to insure. A great car, but one that got Daily Mail readers in a twist almost as much as the Lotus Carlton. 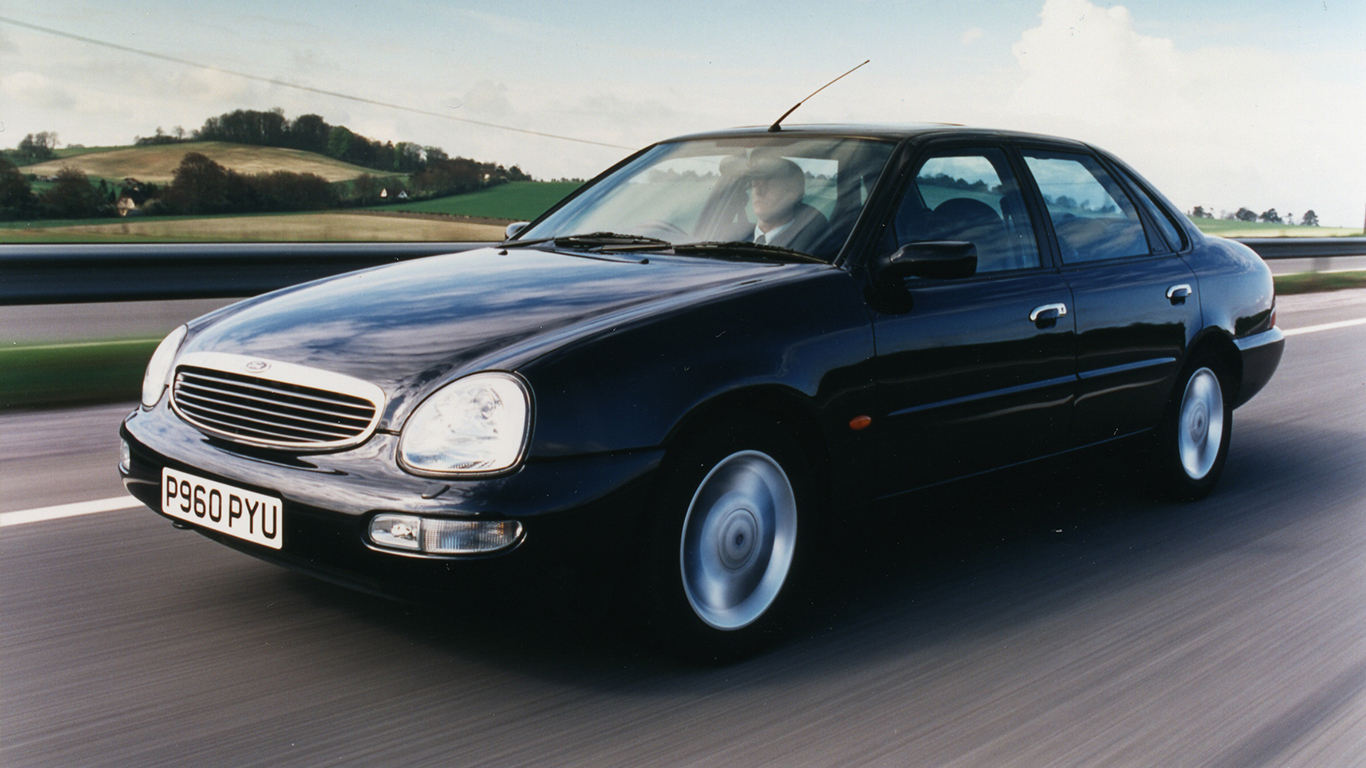 The Ford Granada was a reasonably successful and attractive executive car. We’ve no idea what Ford was thinking when it introduced its replacement, the Scorpio, in 1994. It featured bulbous headlights and to this day, Ford hasn’t revealed the chief designer responsible for its controversial appearance (“Nearly every Ford designer had a go at this one”, said Ford’s product development man at the launch). It wasn’t a massive sales success. 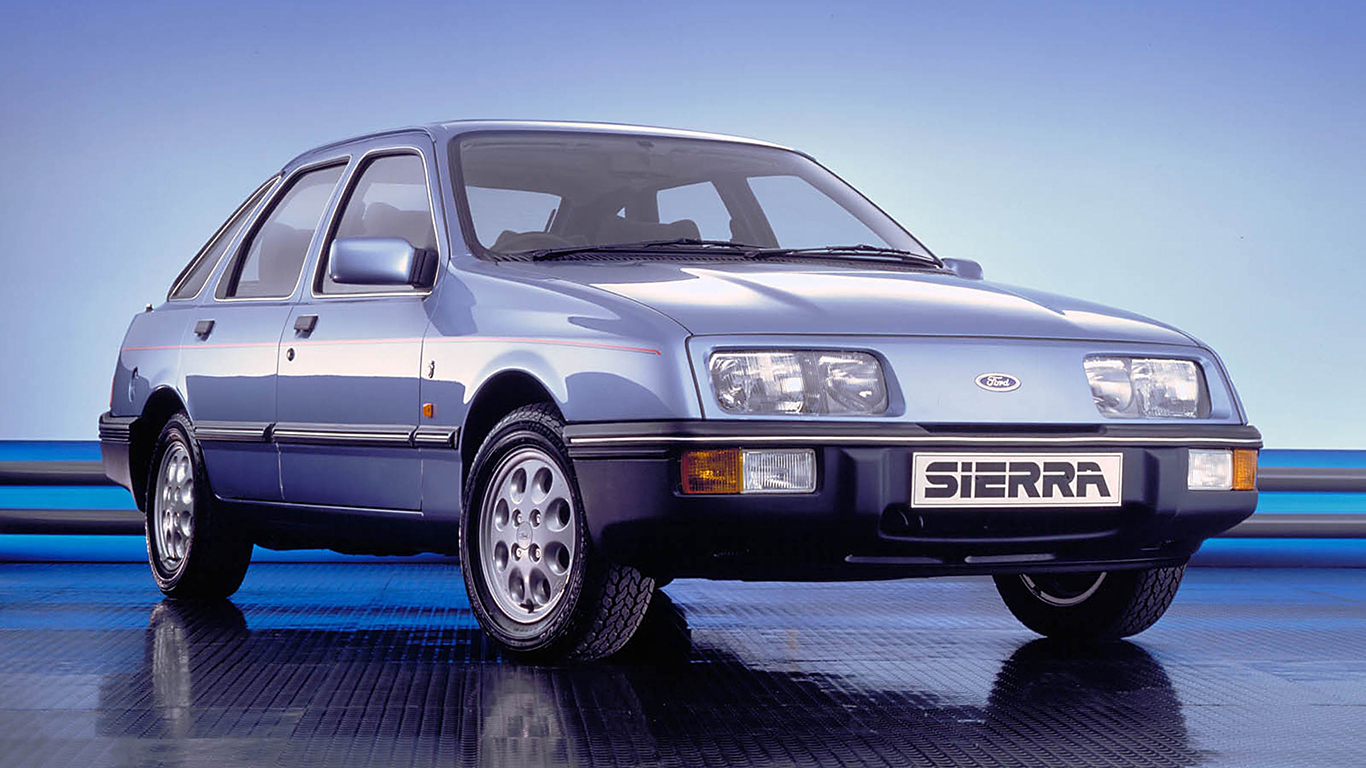 After 20 years in production, Ford axed the popular Cortina and replaced it with this: the first-generation Sierra. Nicknamed the ‘jellymould’ because of its futuristic styling, sales of the Sierra were initially slow. This wasn’t helped by speculation that its design hid crash damage (its smart bumper design could withstand minor impacts, concealing more serious damage underneath), and rumours even arose that Ford might reintroduce the Cortina. 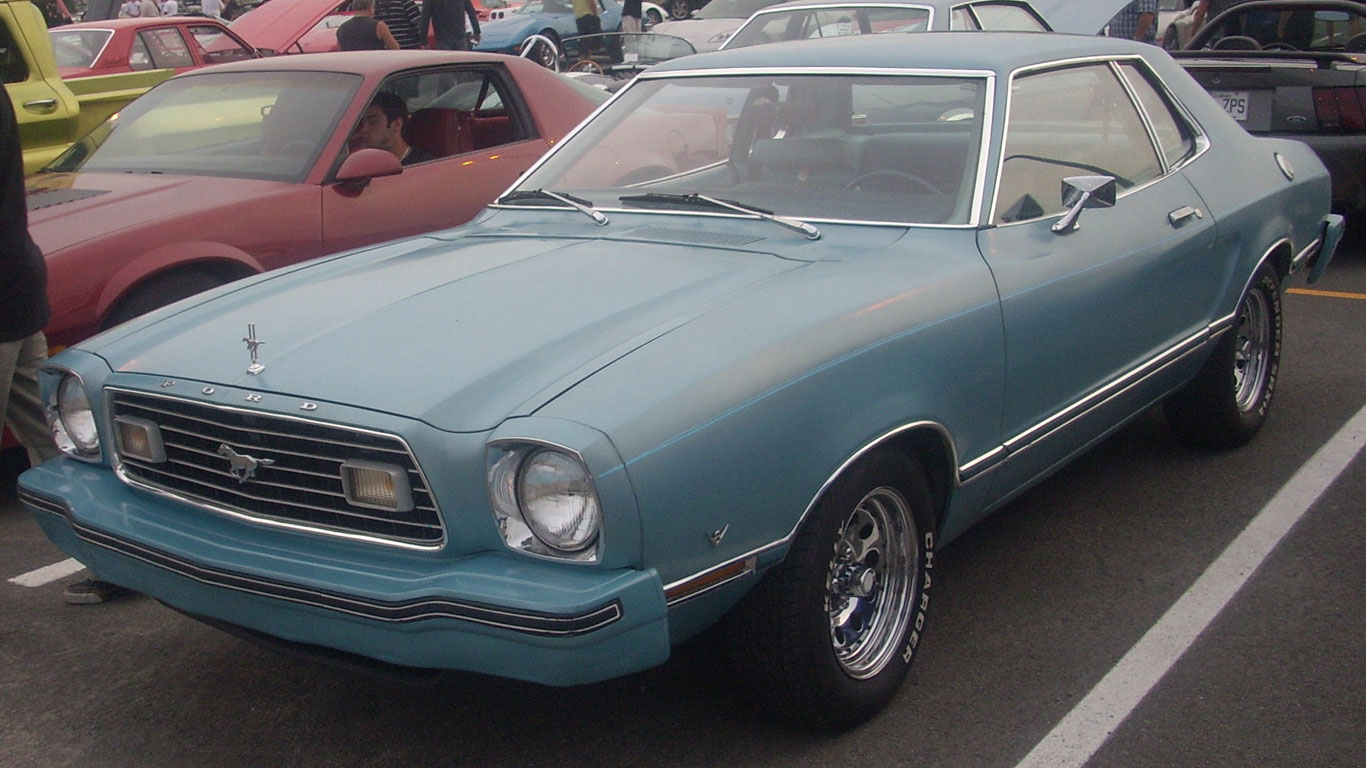 The second-generation Mustang was launched in time for the 1973 oil crisis, and was very different to the original. To appeal to a wider market, the V8 was axed in favour of an in-line four-pot, plus an optional V6. It was based on a smaller platform shared with the Ford Pinto. As soon as America moved on from the oil crisis, Ford had to re-engineer the engine bay in order to squeeze in a V8. 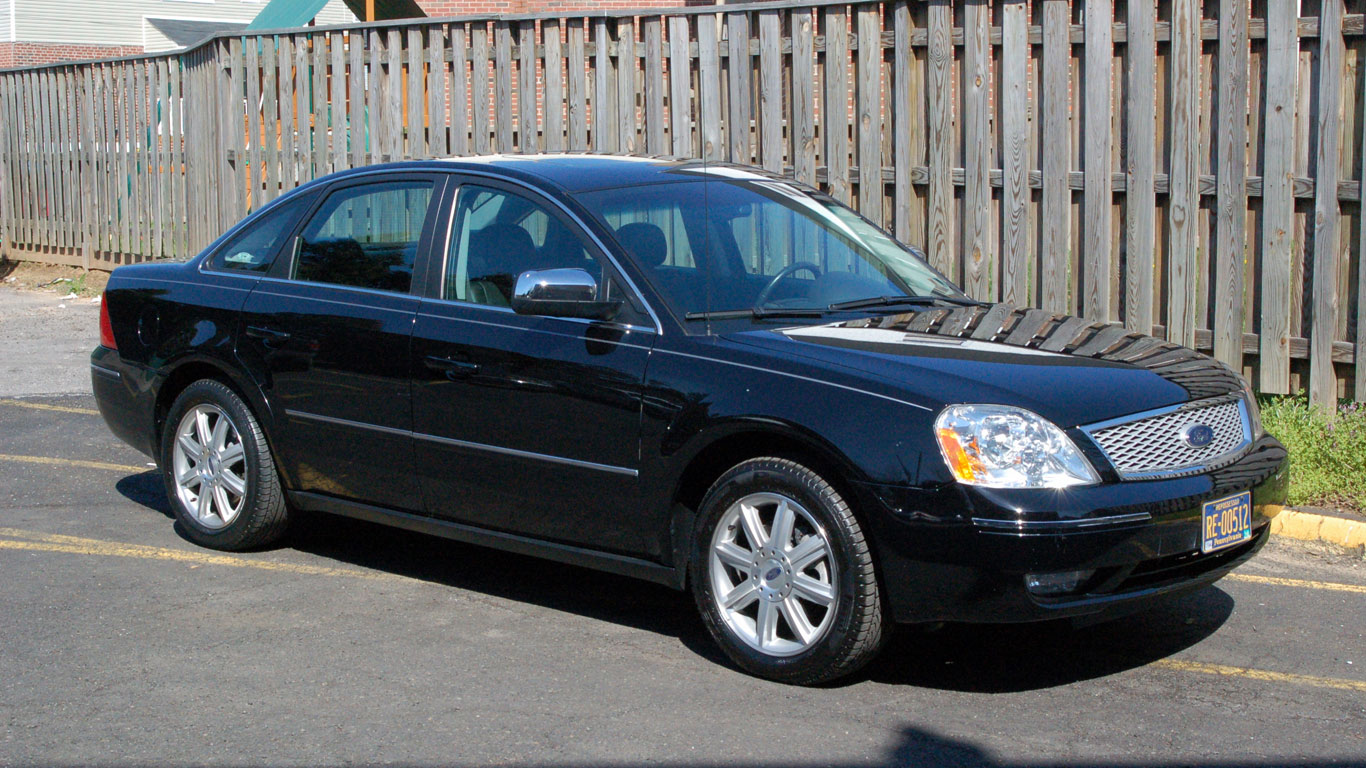 Launched in 2005 as a successor to the popular Ford Taurus, the Five Hundred was uninspiring in many ways. It was based on a Volvo-sourced platform, with no rear-wheel-drive option and bland styling. Its designer, J Mays, likened it to the Audi approach, but buyers weren’t convinced. It was heavily revamped and rebranded as a Taurus after just two years on sale. 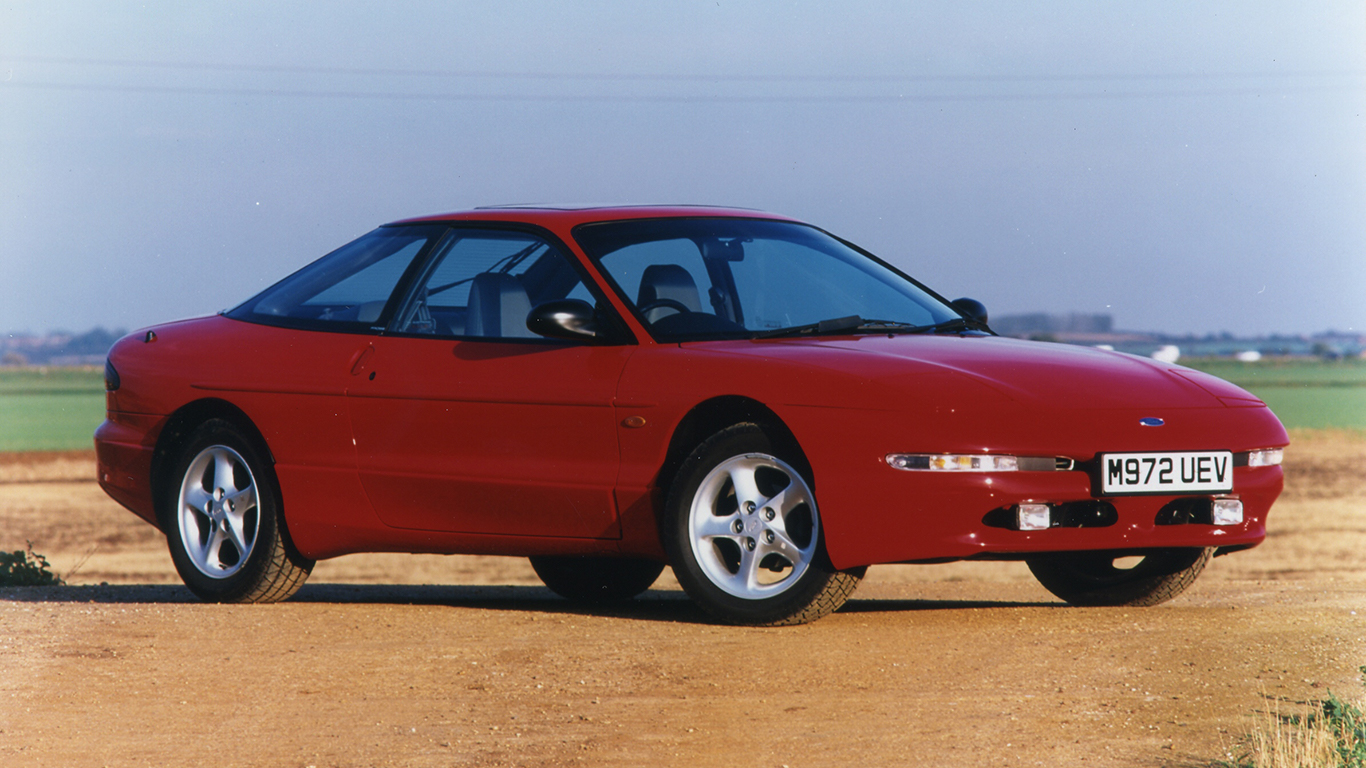 Originally intended as a replacement for the fourth-generation Mustang in America, the Mazda MX-6-based Ford Probe instead filled a gap previously occupied by the Capri in Europe. Divisive looks, along with disappointing engines, front-wheel drive and that name contributed towards the Probe being a flop. It was axed in 1997. 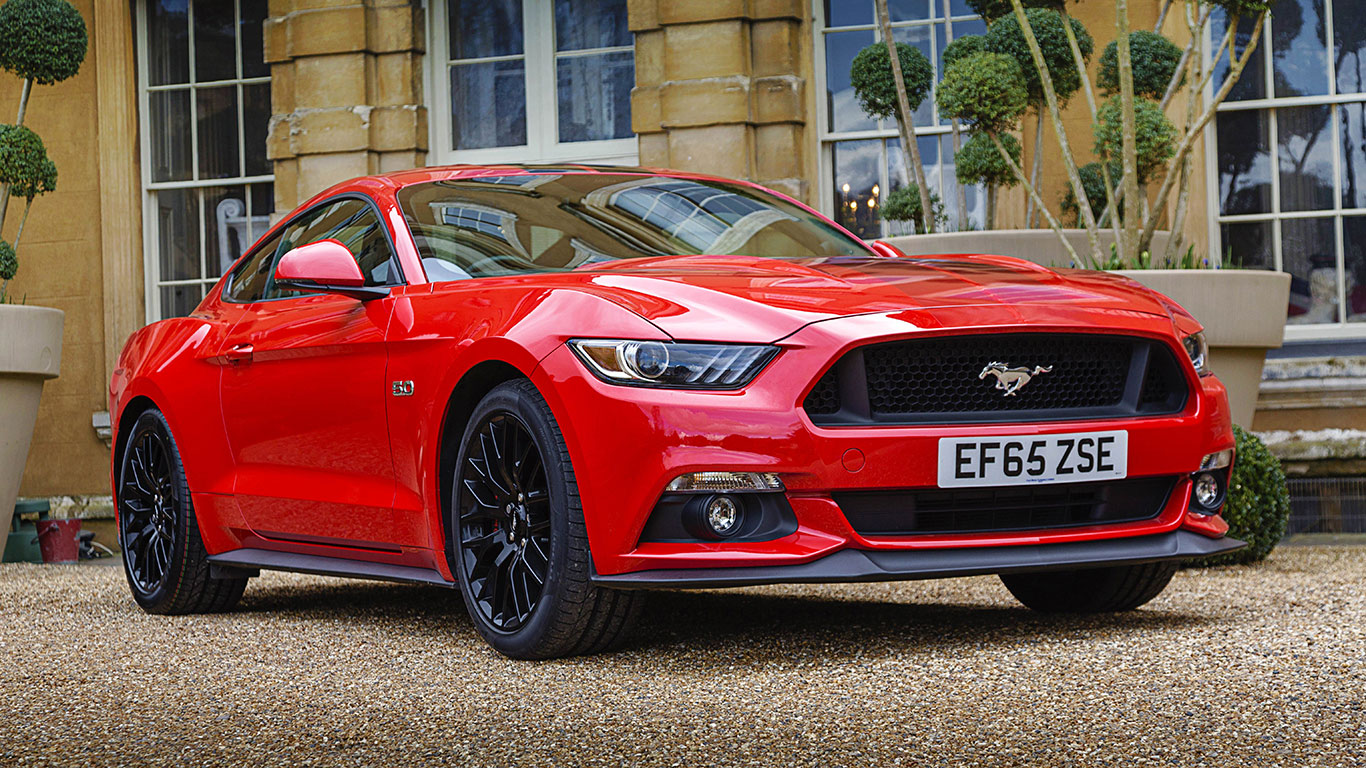 The latest Mustang is the first to be officially sold in Europe, and it’s proving to be a hit for Ford, fast becoming the most popular sports car with more than 250hp in the UK. However, not everyone is a fan. Its Line Lock feature, which lets drivers pull a burnout at the press of a button, was banned in Australia, while initial crash tests in Europe awarded it just two stars. 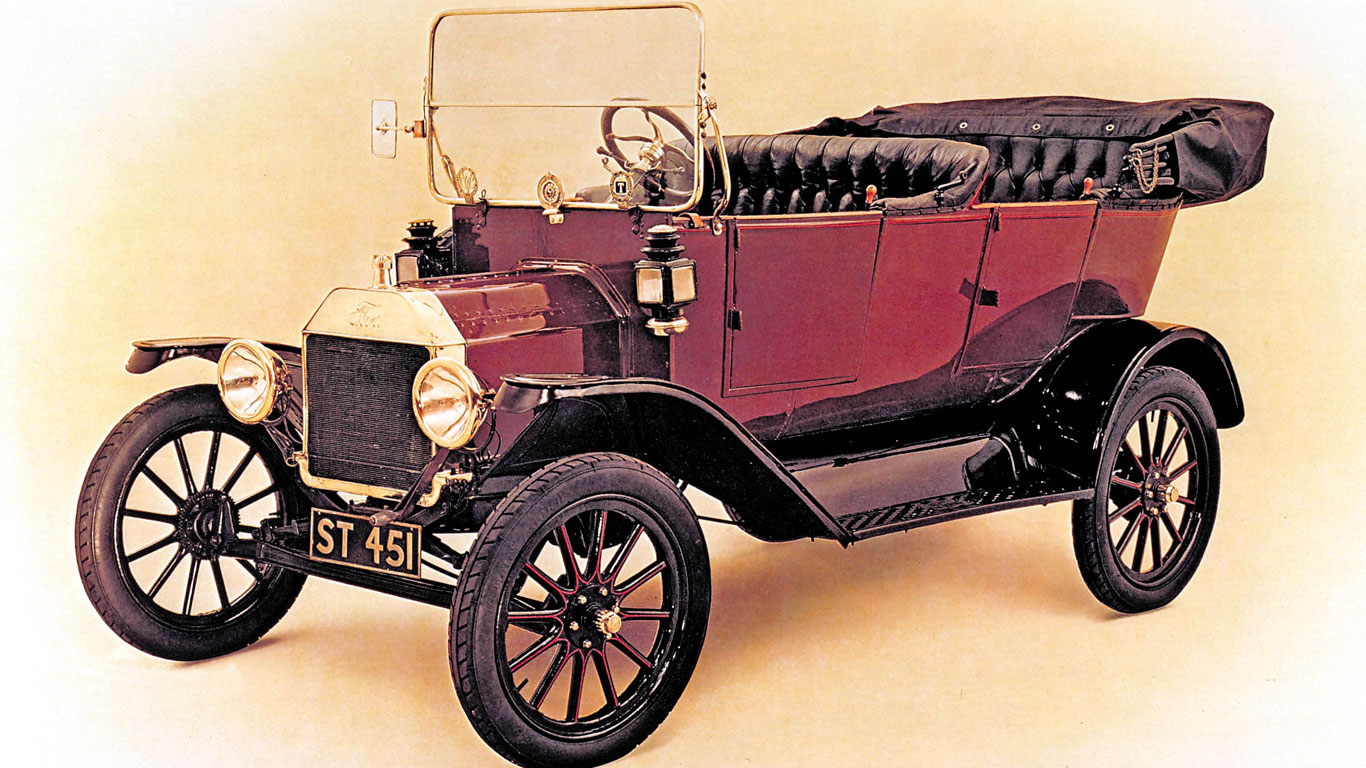 The Ford Model T is accepted as being the world’s first mass produced car: one that changed the motoring landscape entirely. But you can imagine the hysteria around it at the time? “If I had asked people what they wanted, they would have said faster horses,” Henry Ford allegedly said at the time. 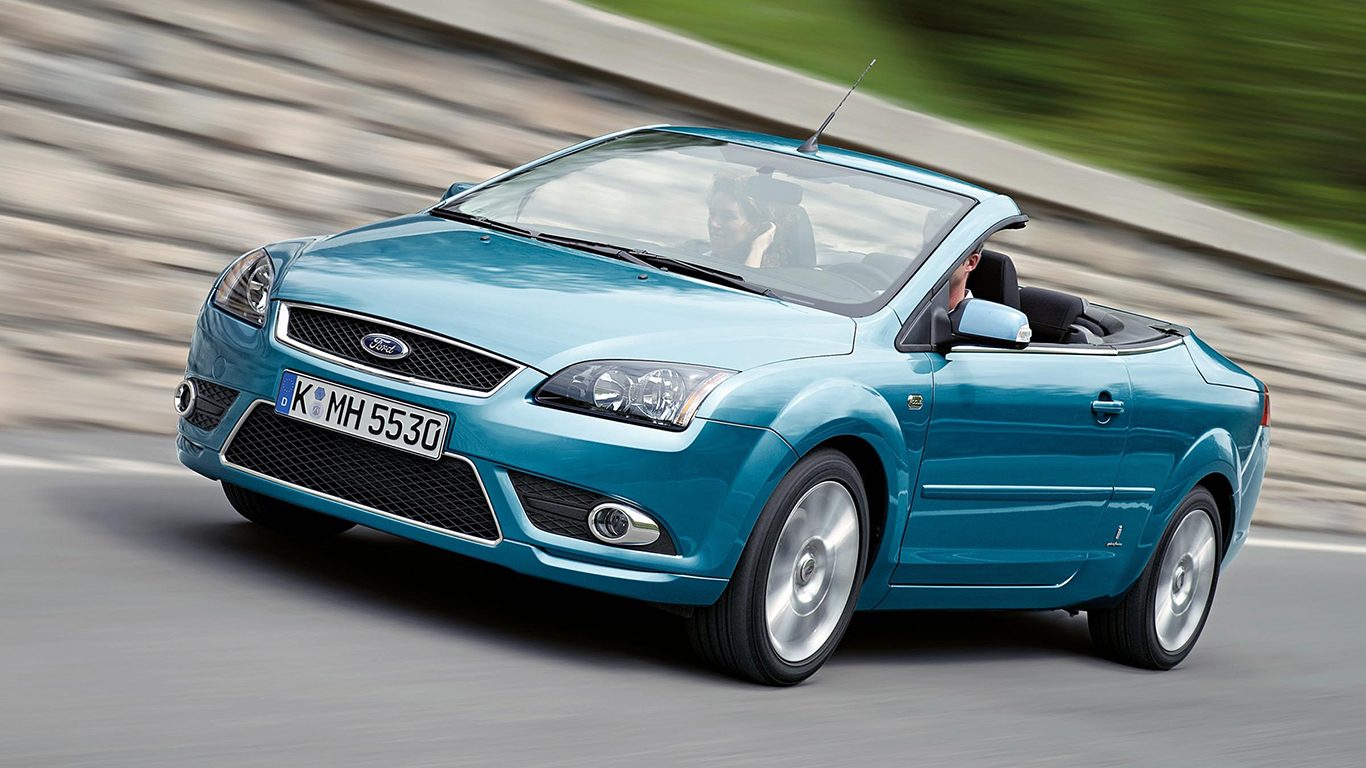 Ford commissioned Italian styling house Pininfarina to turn its popular Focus into a convertible. You wouldn’t believe it to look at it, though. The Focus CC’s two-piece folding hard-top contributes to its ungainly looks, while practicality also took a knock. Added wind noise and issues with the retractable roof mechanism meant the CC sold in relatively small numbers. 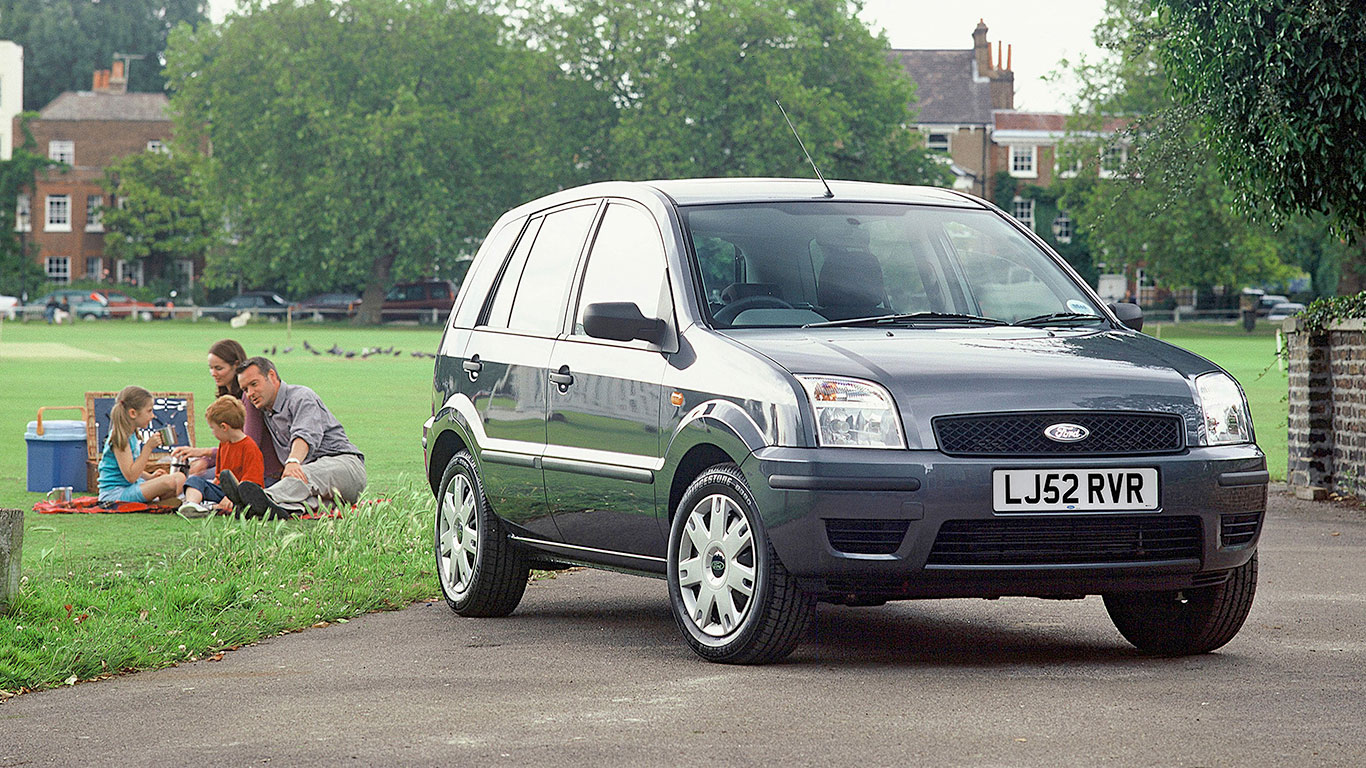 In some ways, the Ford Fusion was ahead of its time. Based on the fifth-generation Fiesta, the Fusion was a half-hearted attempt at a crossover, intended to appeal to young, active buyers who’d appreciate the added practicality and beefed-up looks. Instead, it proved to be popular with older drivers who appreciated the ease of getting in and out, along with its increased headroom. 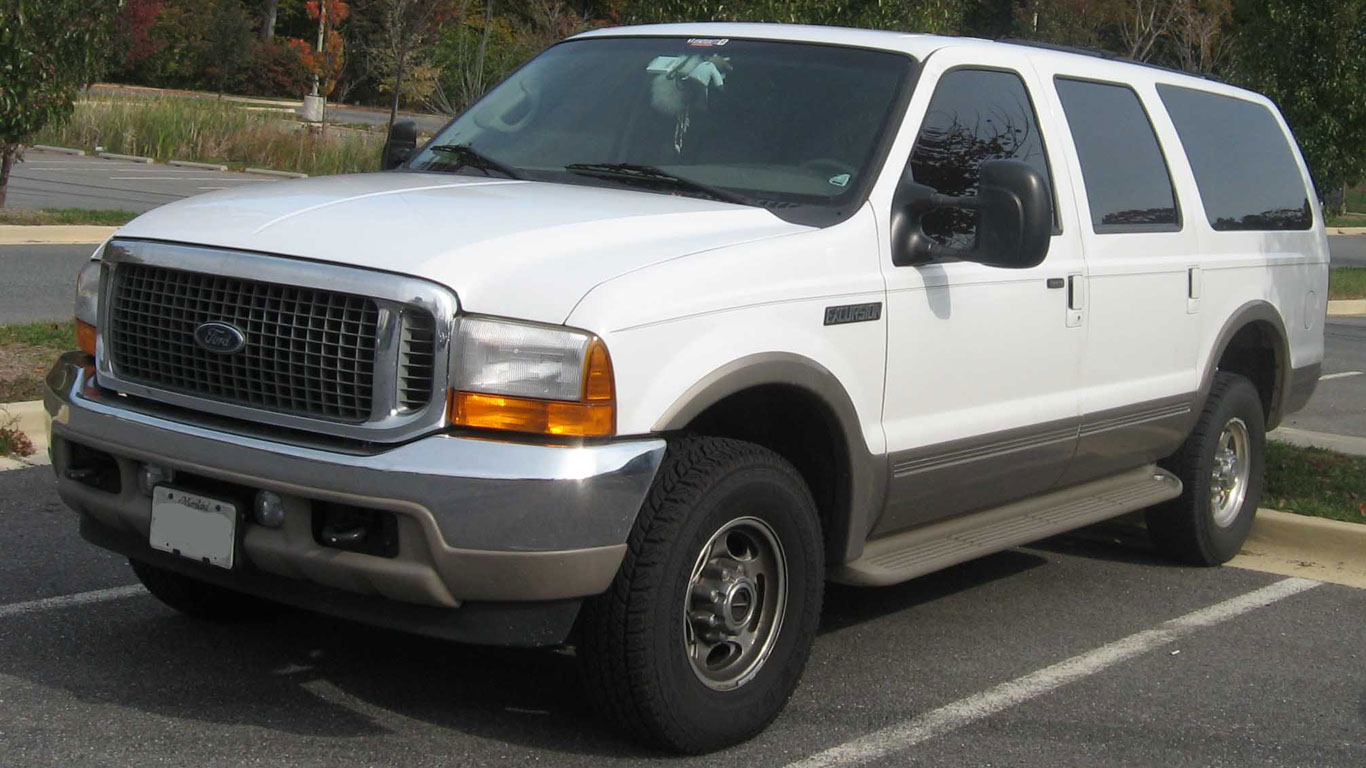 Based on the Ford F-250 Super Duty pickup, the Excursion was the longest and heaviest SUV to ever enter production. Intended for the North American market, the Excursion proved to be too big even for American roads, and was axed in 2005.

The Ford Torino Talladega was a muscle car built for a matter of weeks in 1969 before it was axed on cost grounds. Intended to make Ford more competitive in NASCAR and sold under homologation rules, the beefed-up Torino was named after the Talladega Superspeedway, which opened the same year. It didn’t last long before Ford abandoned all its racing programs after being questioned over their cost compared to improving the efficiency and safety of its road cars.