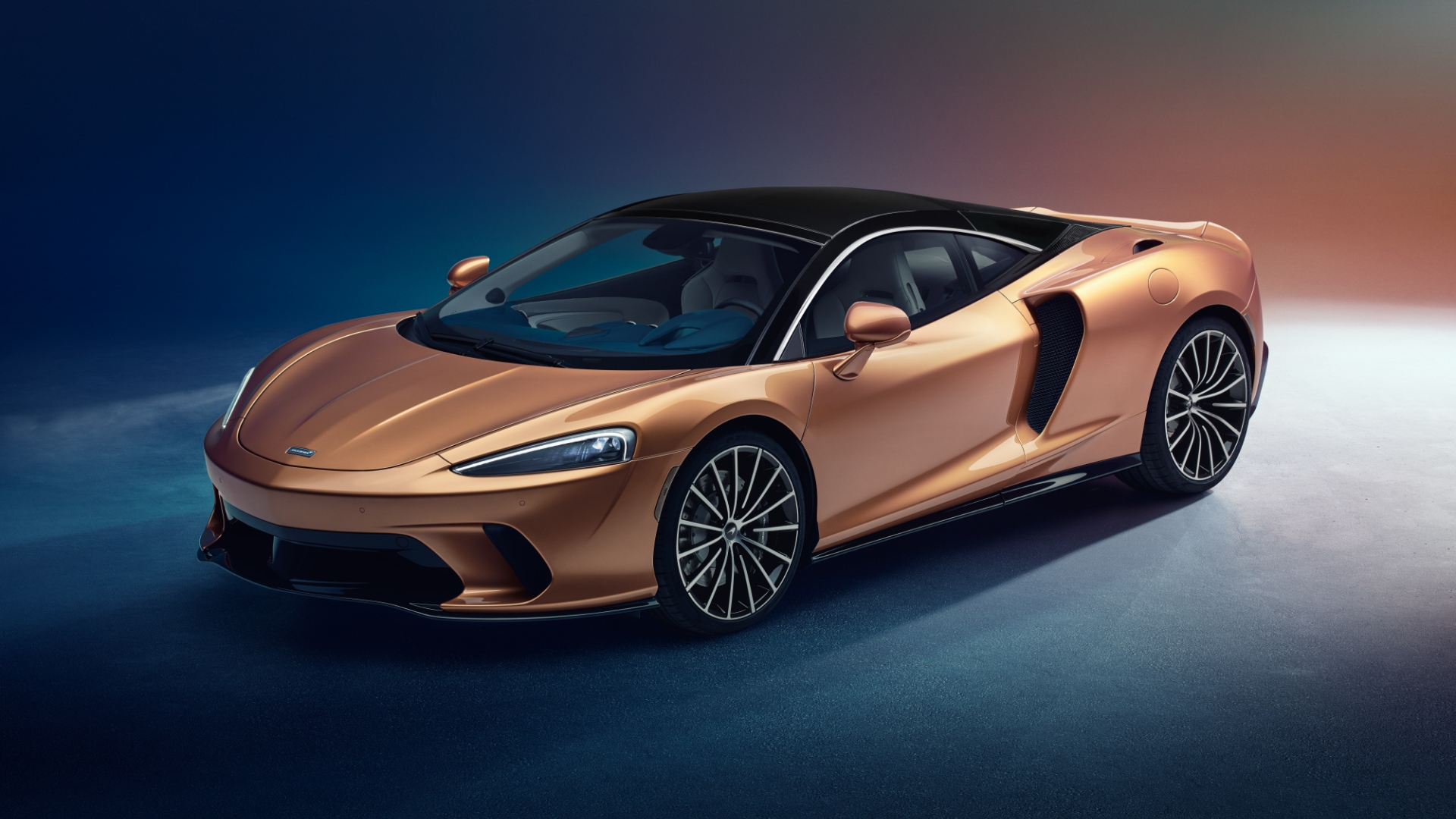 McLaren has unveiled its new GT model. It will be the fifth independent model in the range, excluding LT, Spider and GT versions of its 570 and 720 models.

You might wonder where it sits in the McLaren range. The Sports, Super and Ultimate Series models are easily divided by performance, price and exclusivity. 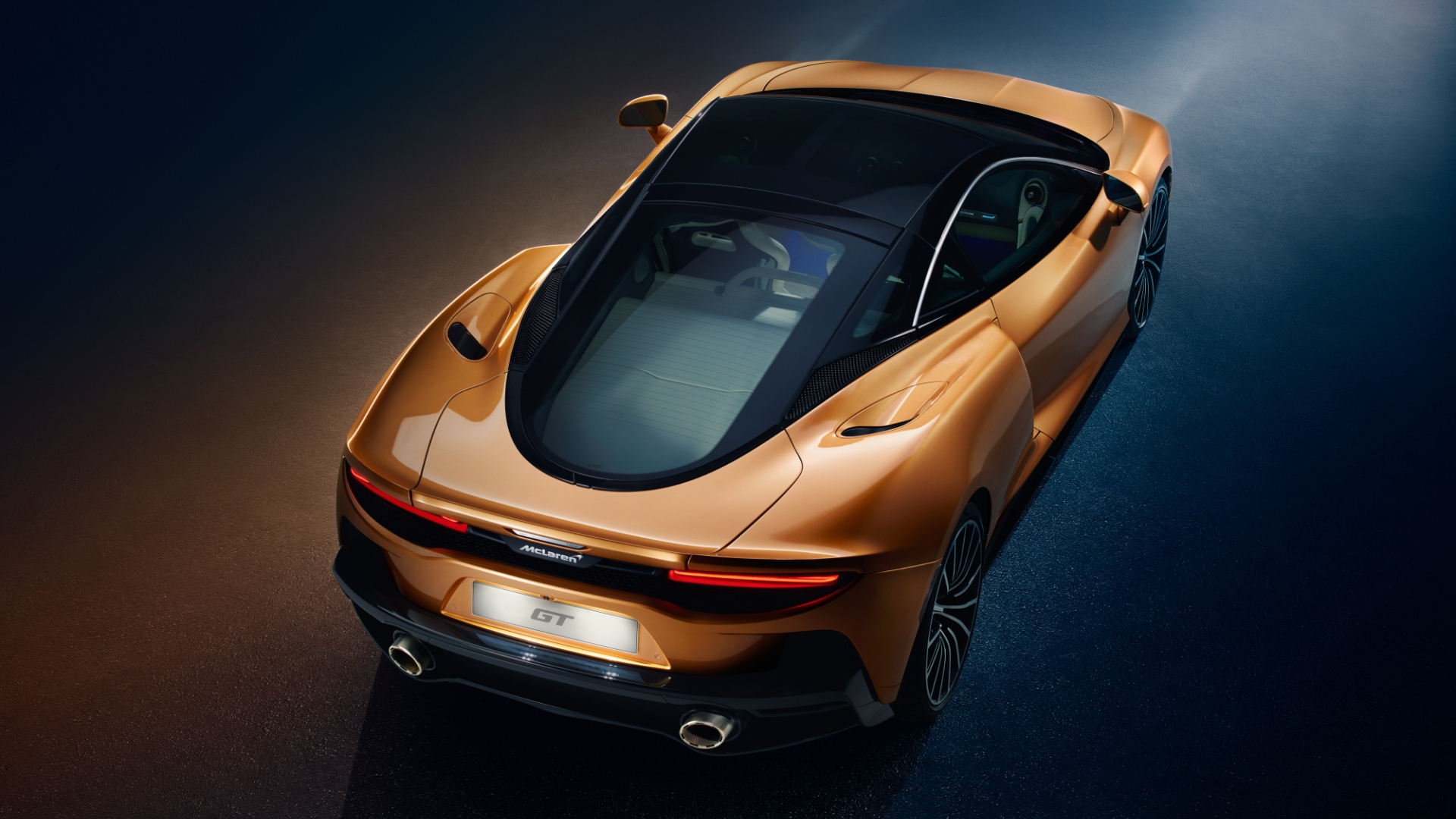 The GT is intended to be a bit more nuanced, shirking a focus on outright performance for a specific use: Grand Touring. Think of it as a middle ground between the 570GT and the Speedtail, though definitely closer to the former… 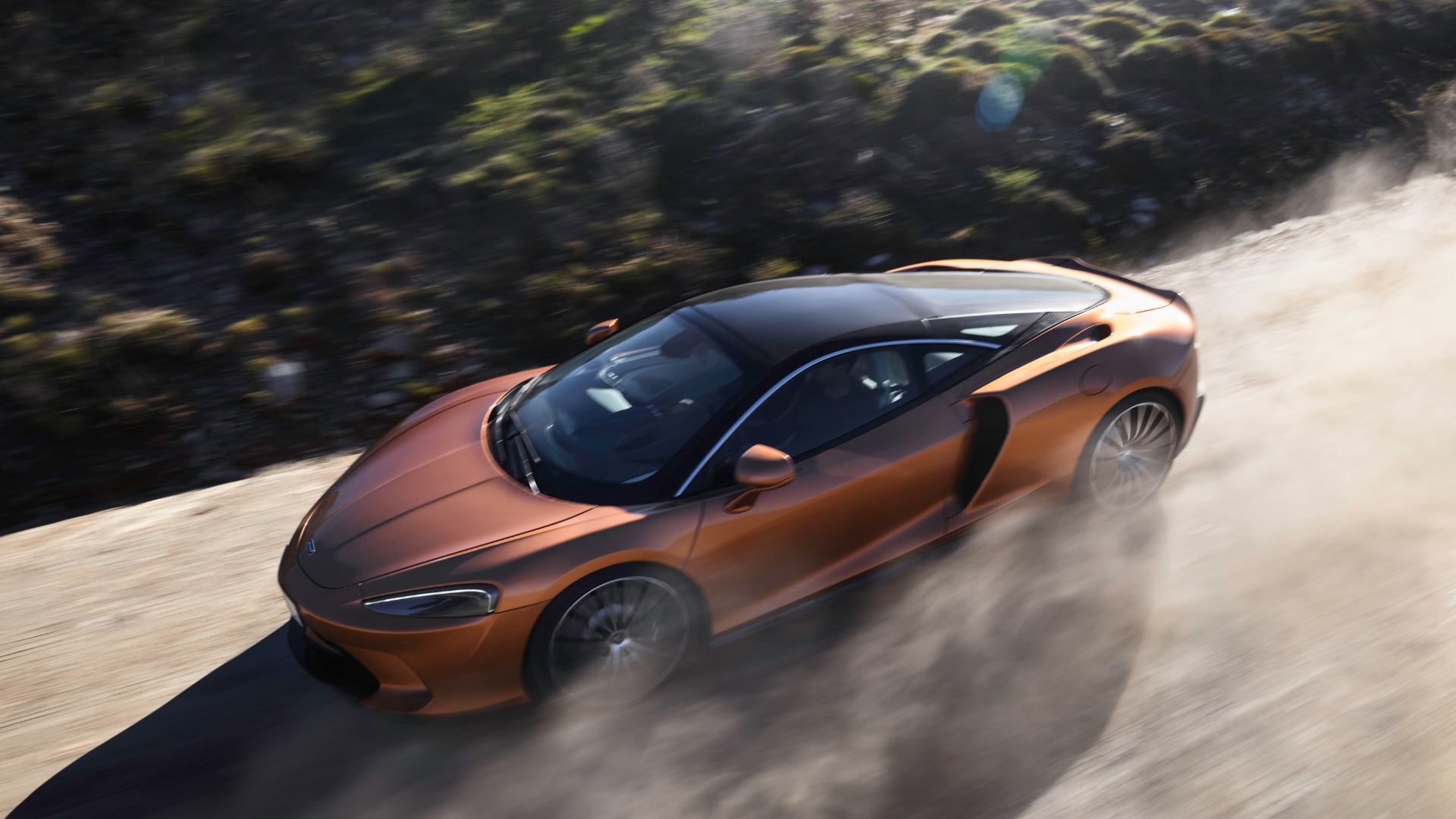 It doesn’t quite find a home within the existing three-level structure of McLaren’s lineup. It’s still a McLaren – mid-engined, with a twin-turbo V8 and a carbon tub – but everything has been tuned and geared towards being a cosseting continent crosser. 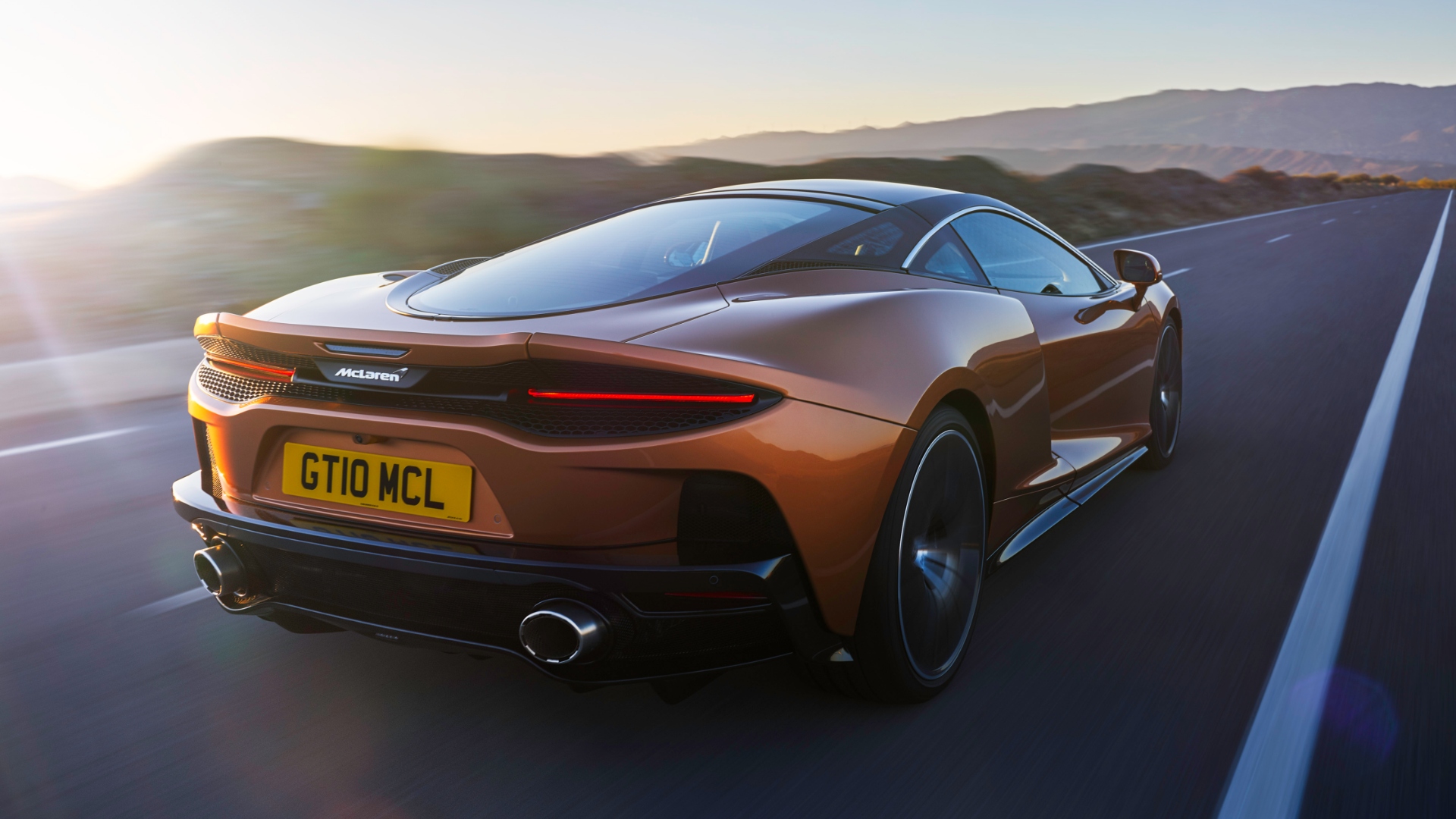 So that means the ride comfort, cabin refinement, control optimisation and weights have all been geared towards amenability and daily usability. The new Proactive Damping Control suspension system is instrumental in realising the GT’s new more cosseting personality.

The ride height and ground clearance have even been developed with urban driving and speed bumps firmly in mind. 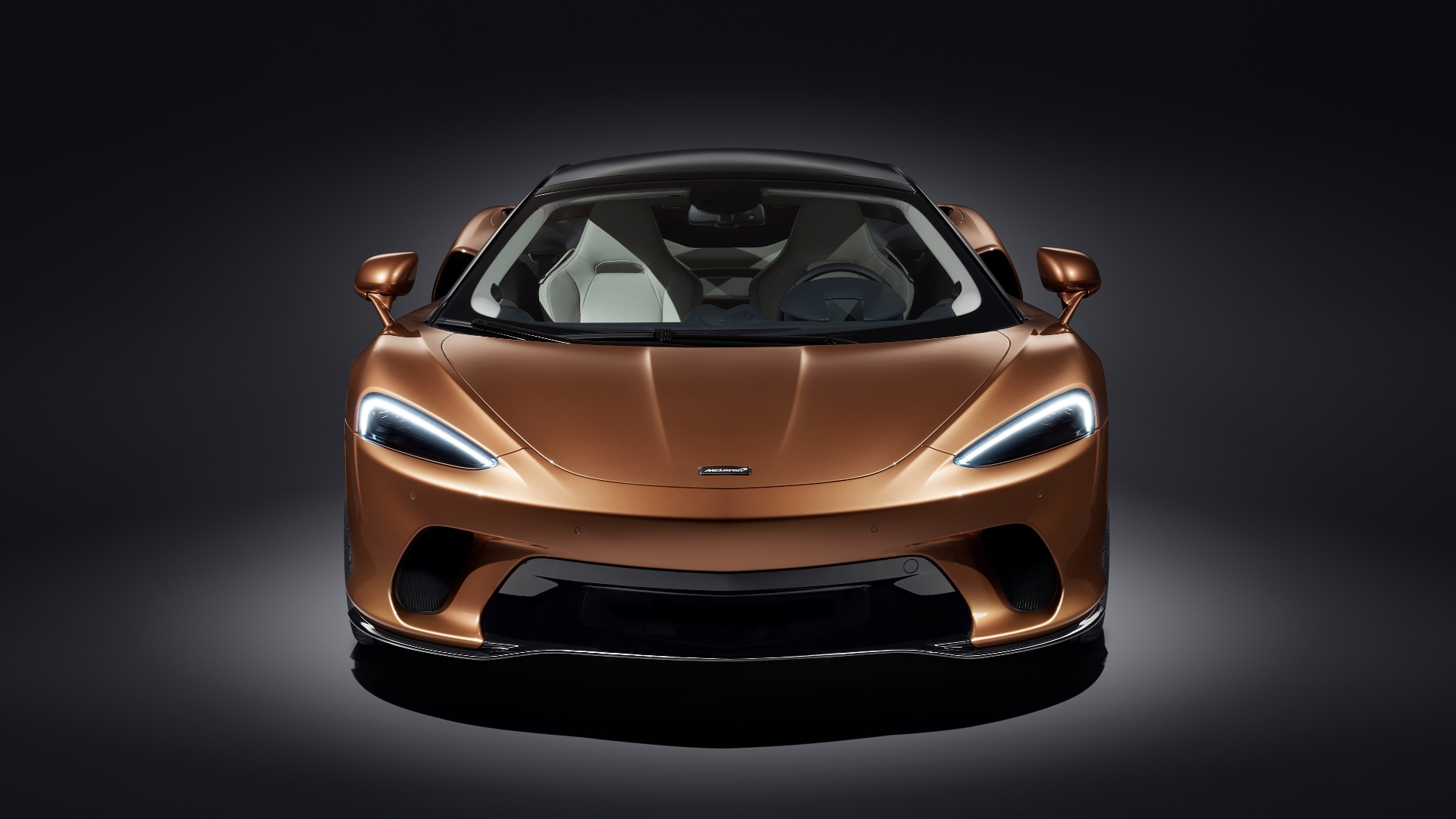 While the GT is recognisably a McLaren, some of the marque’s more controversial design elements are gone, in favour of a more traditional look.

That means no 720S-style ‘eye sockets’ or even lights in the shape of a McLaren logo, as per previous cars. It’s a simple, slim and elegant light design, with no excessively-sized vents at all. That means most of the madness of the Senna is nowhere to be seen.

We say most, given that those gaping side vents rear of the doors look oddly familiar… 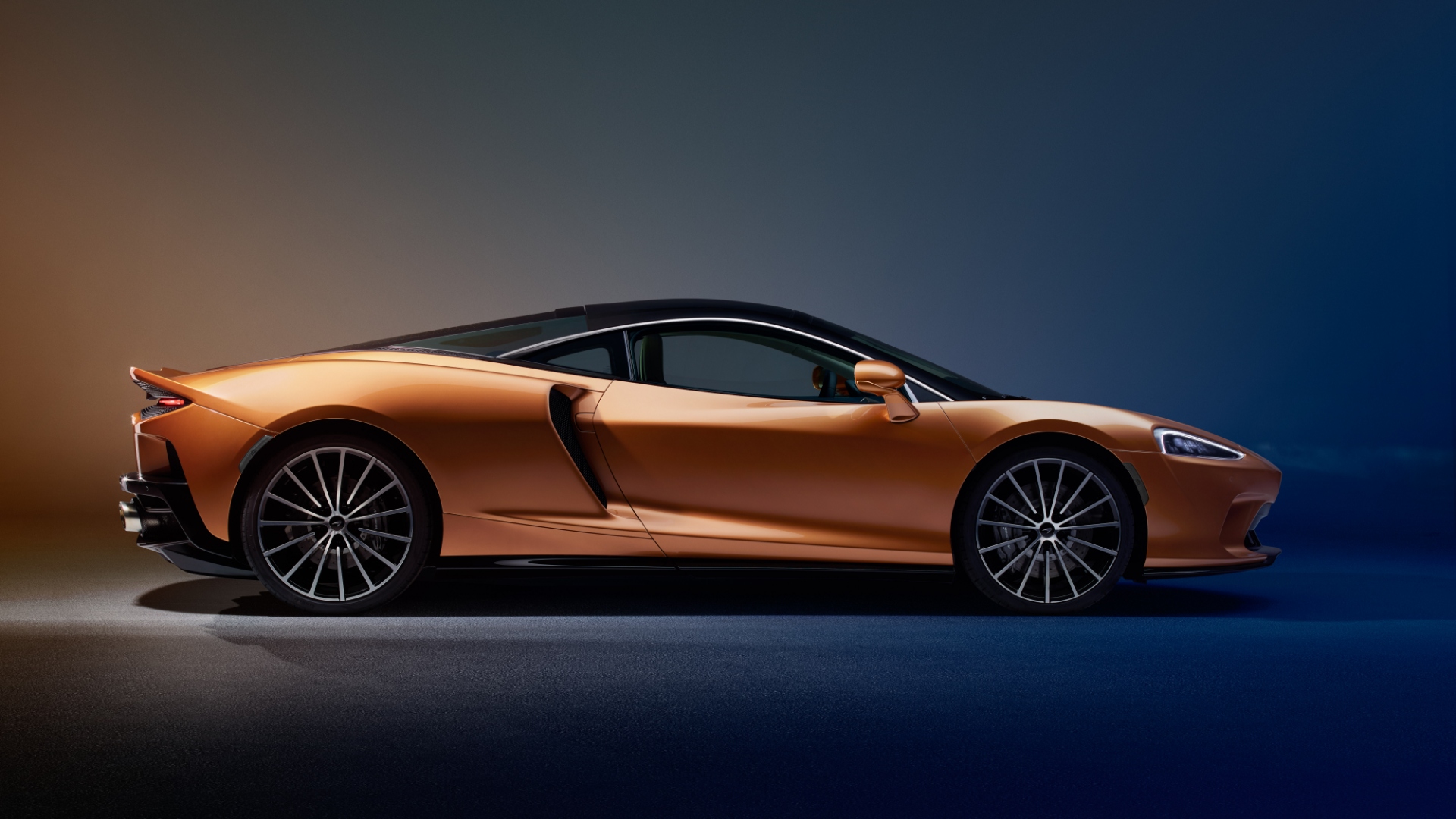 There isn’t even any active aero, as far as we can tell. There’s no aggressive splitter, no jagged aero-focused rear end. The exhausts are low down and the diffuser is by no means intrusive.

The air exit vent, within which the elegant strip lights reside, is of a stylish and modest shape, sitting under a subtle ducktail into which the top of the car tapers. 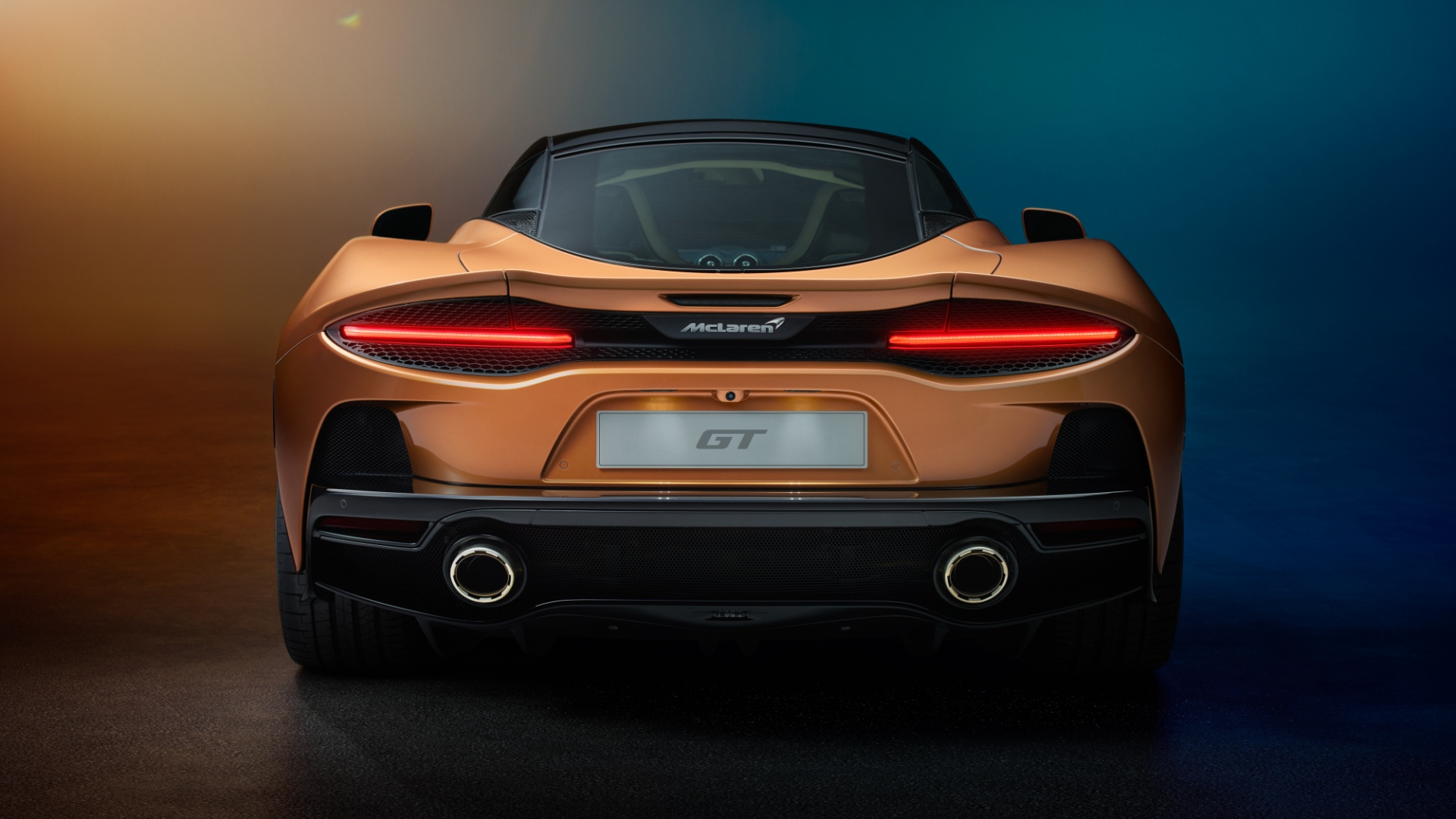 The styling, while more subtle than what we’ve grown accustomed to from McLaren, isn’t where the GT-ness is at its strongest, though.

You have to step inside.

The cabin of the McLaren GT 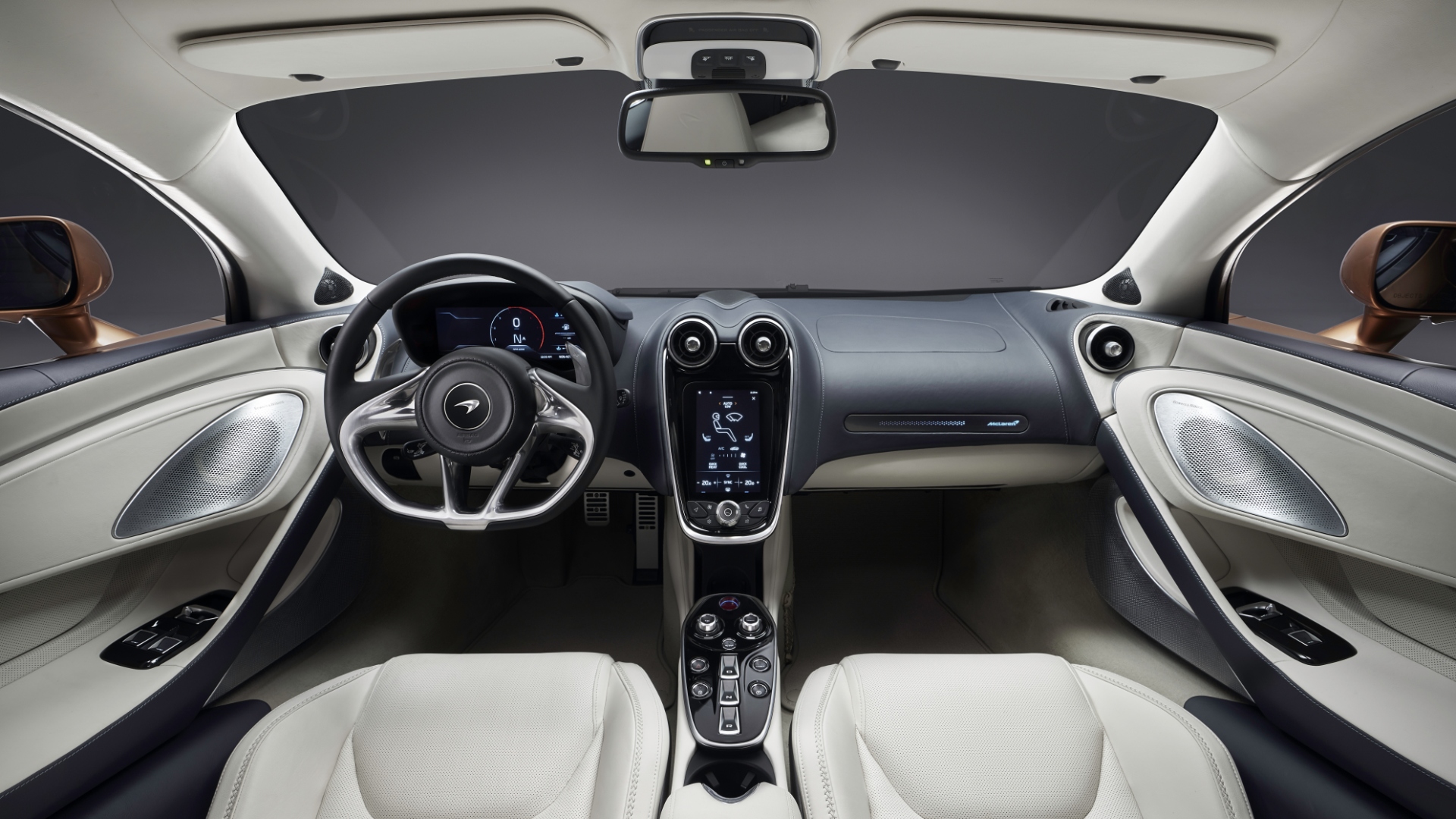 Some of the finest luxuries in motoring are space and light. While the GT is no four-up tourer like a Ferrari GTC4Lusso, it has an overabundance of transparent surfaces that bathe the cabin in light to give it an airy feel.

The obvious large glass areas are joined by a transparent roof and buttress elements, first seen on the 720S Spider.

To look at, besides being nicely naturally lit, the interior is familiar McLaren. It does, however, feature the new (much improved and much needed) HERE infotainment system, which is McLaren’s most sophisticated system to date. 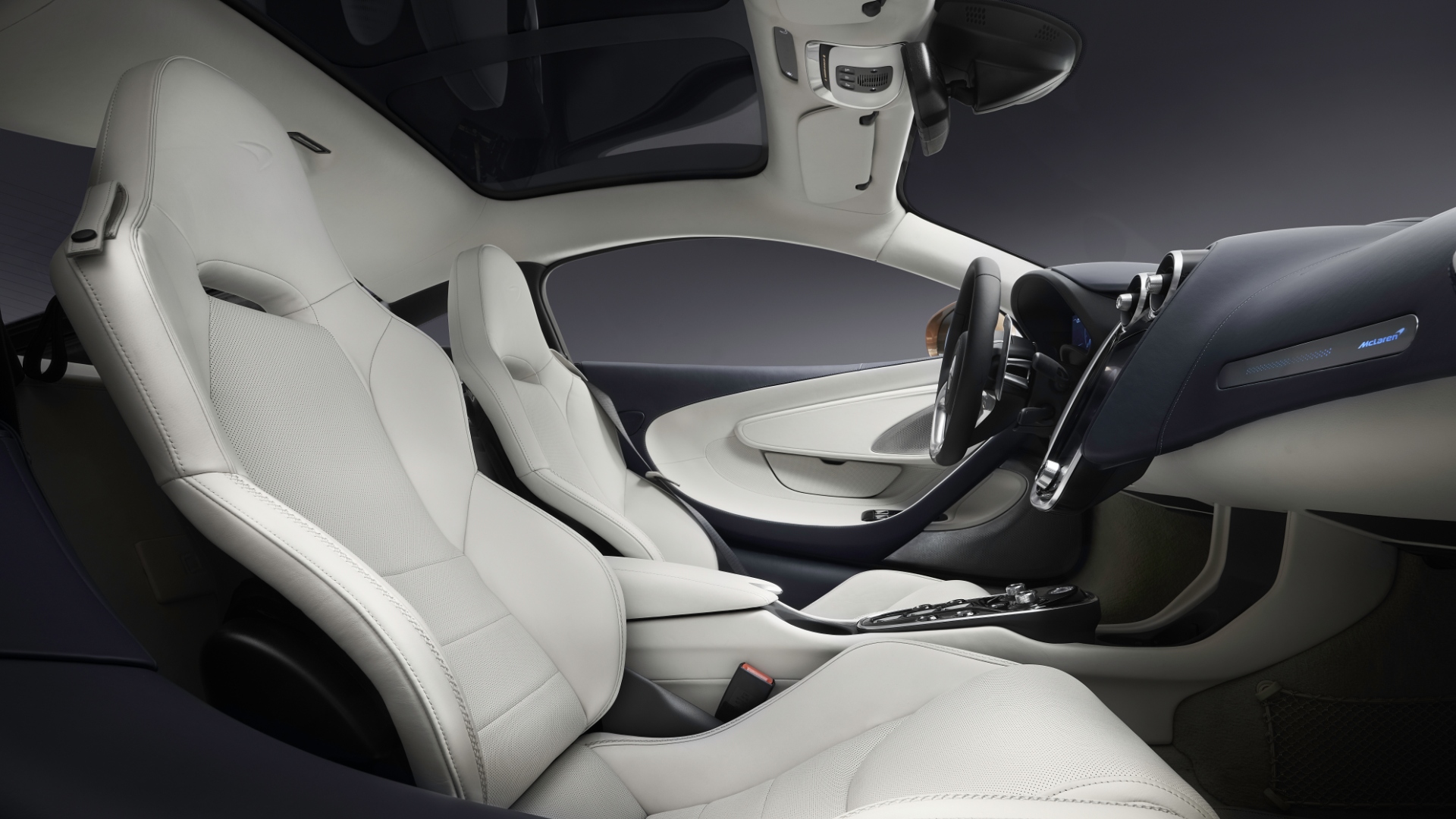 One thing a GT car needs is a sizeable boot. The GT comes complete with 570 litres of storage space including the front trunk (or ‘frunk’).

In the back, McLaren knows the audience it wants for this car. 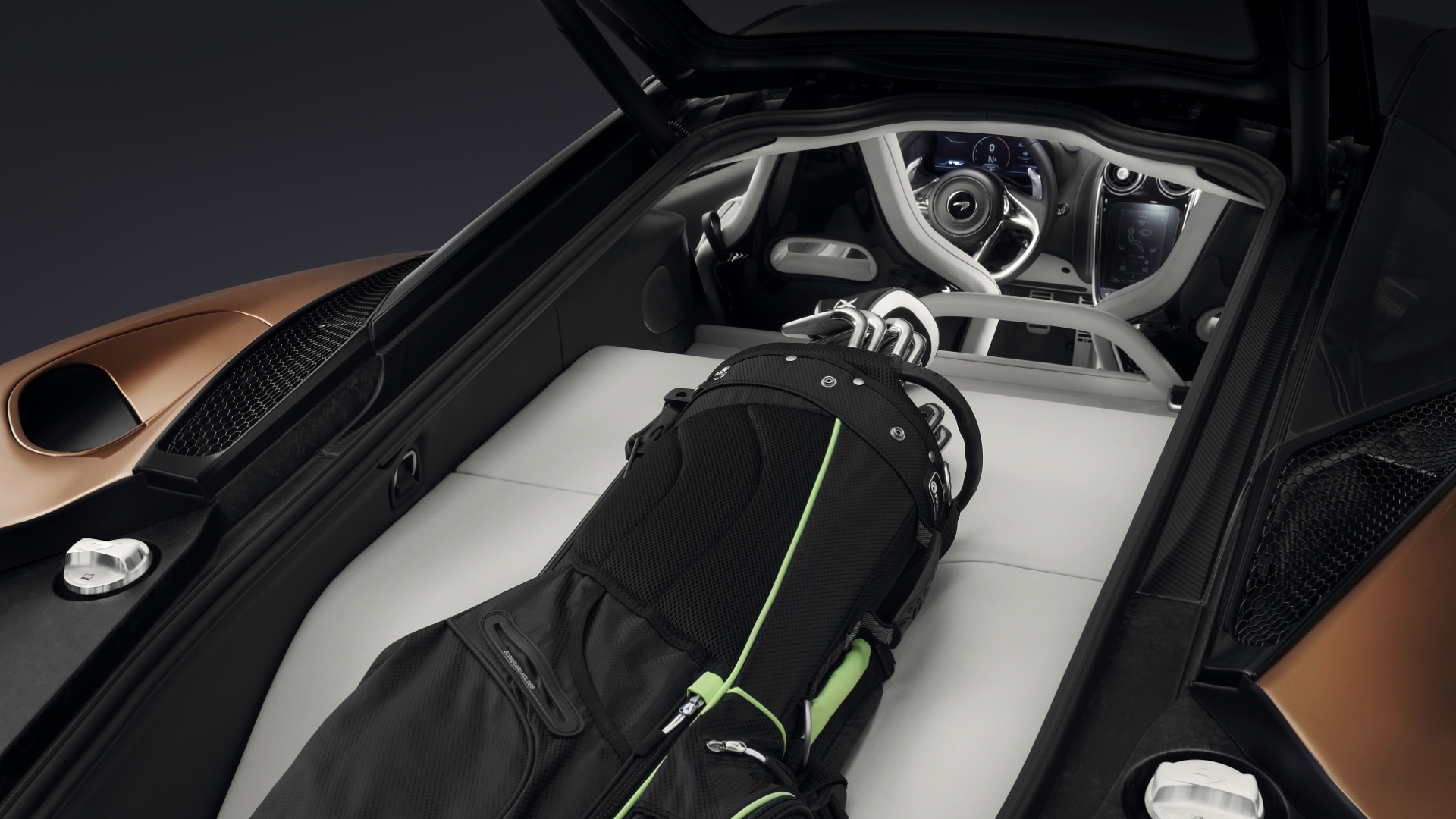 The rear storage is big enough for a set of golf clubs, big bags and skis, and accessible via the front-hinged, full-length glazed tailgate (under which you’d find an engine in most supercars).

That lid is available with power operation, for the ultimate in McLaren GT convenience… 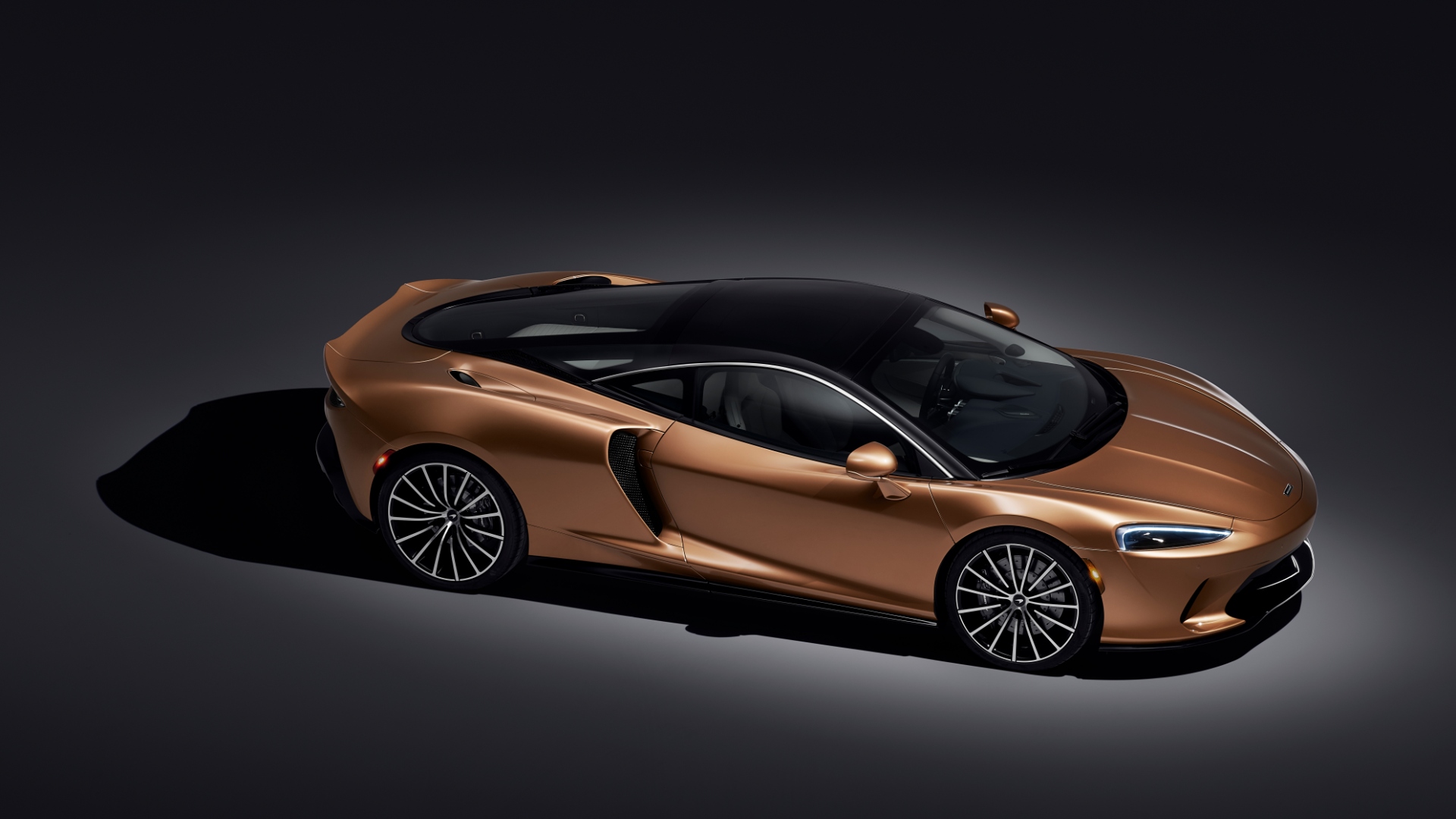 While a Grand Tourer, it’s still the McLaren of Grand Tourers. As such, you can expect serious performance for when you’ve finished relaxing.

The 4.0-litre twin-turbo V8 is a development of the units found in the 720S and Senna. With 620hp and 464lb ft of torque, it’s the least powerful of the three, but provides a ‘torque curve to ensure seamless, relentless acceleration’. 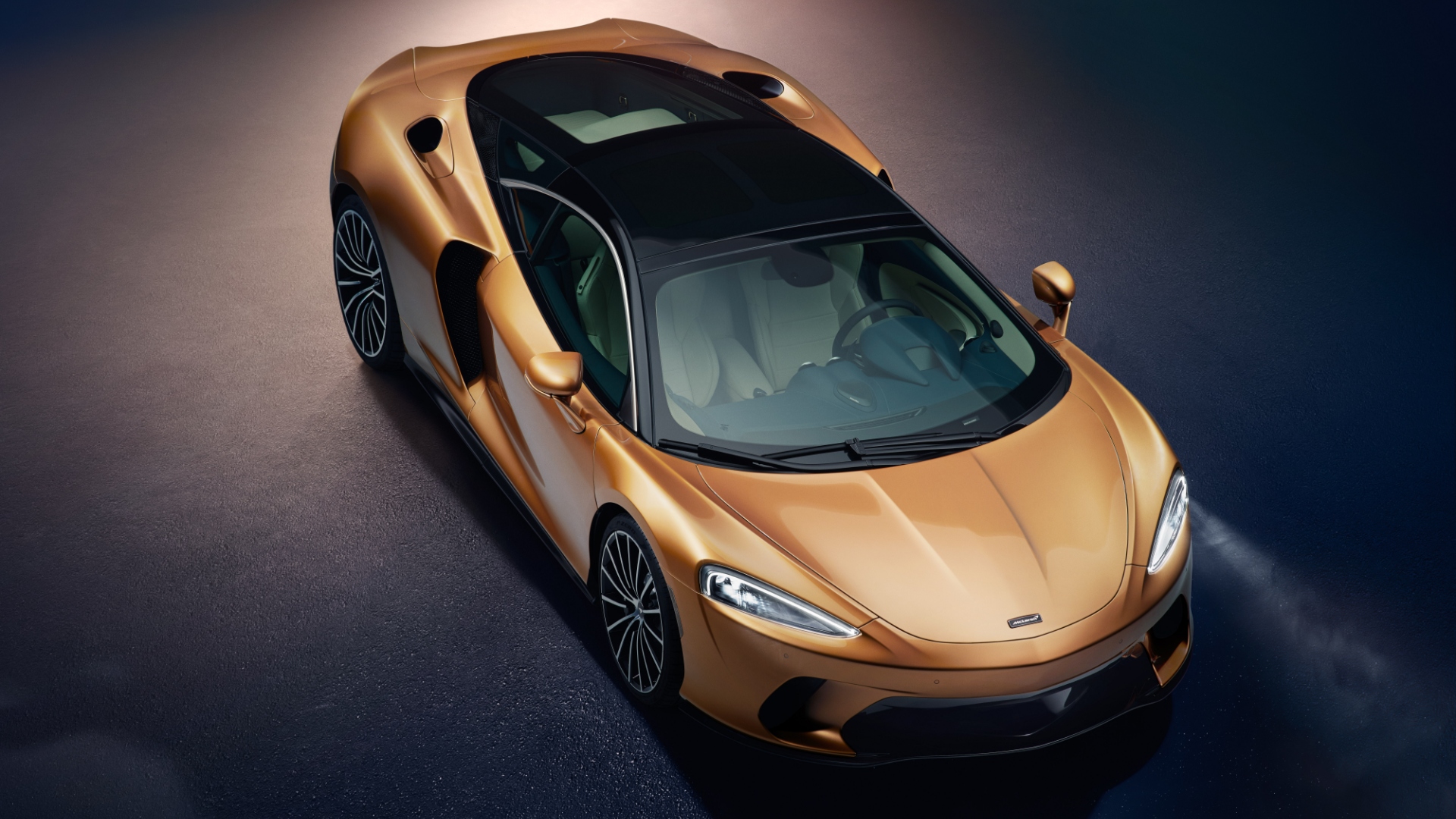 Truthfully, performance figures are almost an irrelevance in this car. As long as it’s got good overtaking power (it’s a McLaren, so this is a given), it does the job.

How much is it and when can I have one? 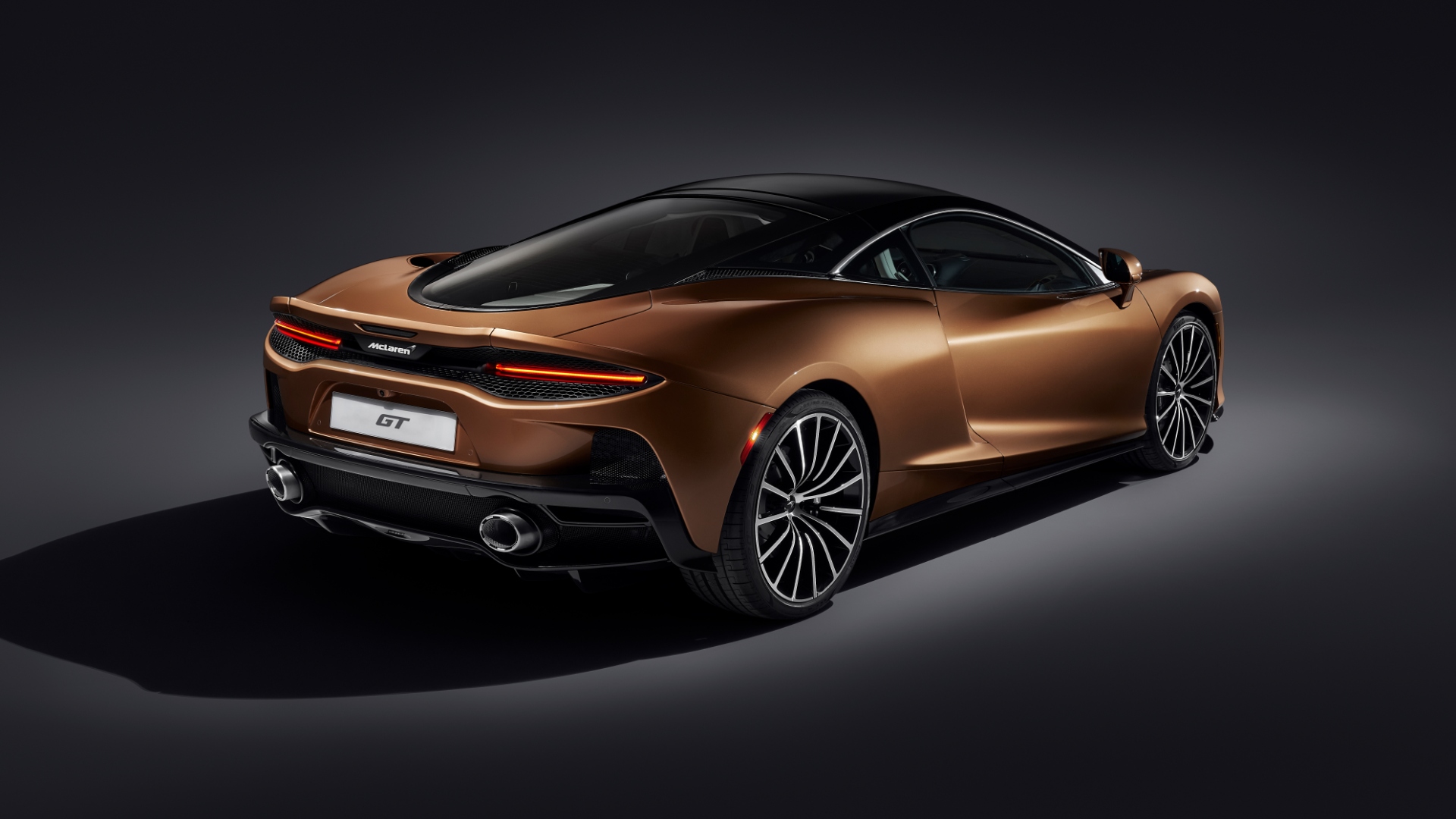 Twenty thousand cars? At this rate, McLaren Automotive will hit 25,000 units in no time at all.