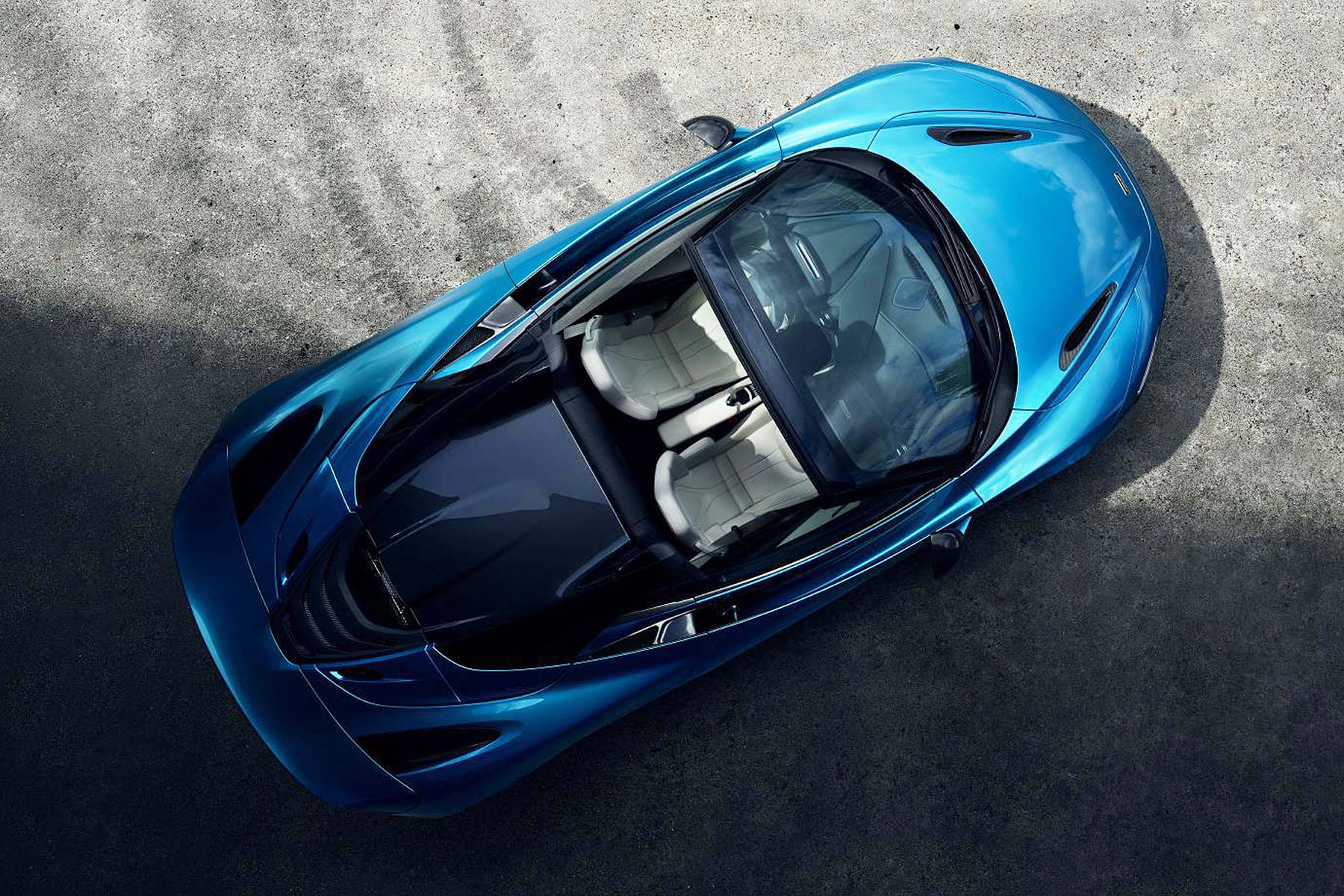 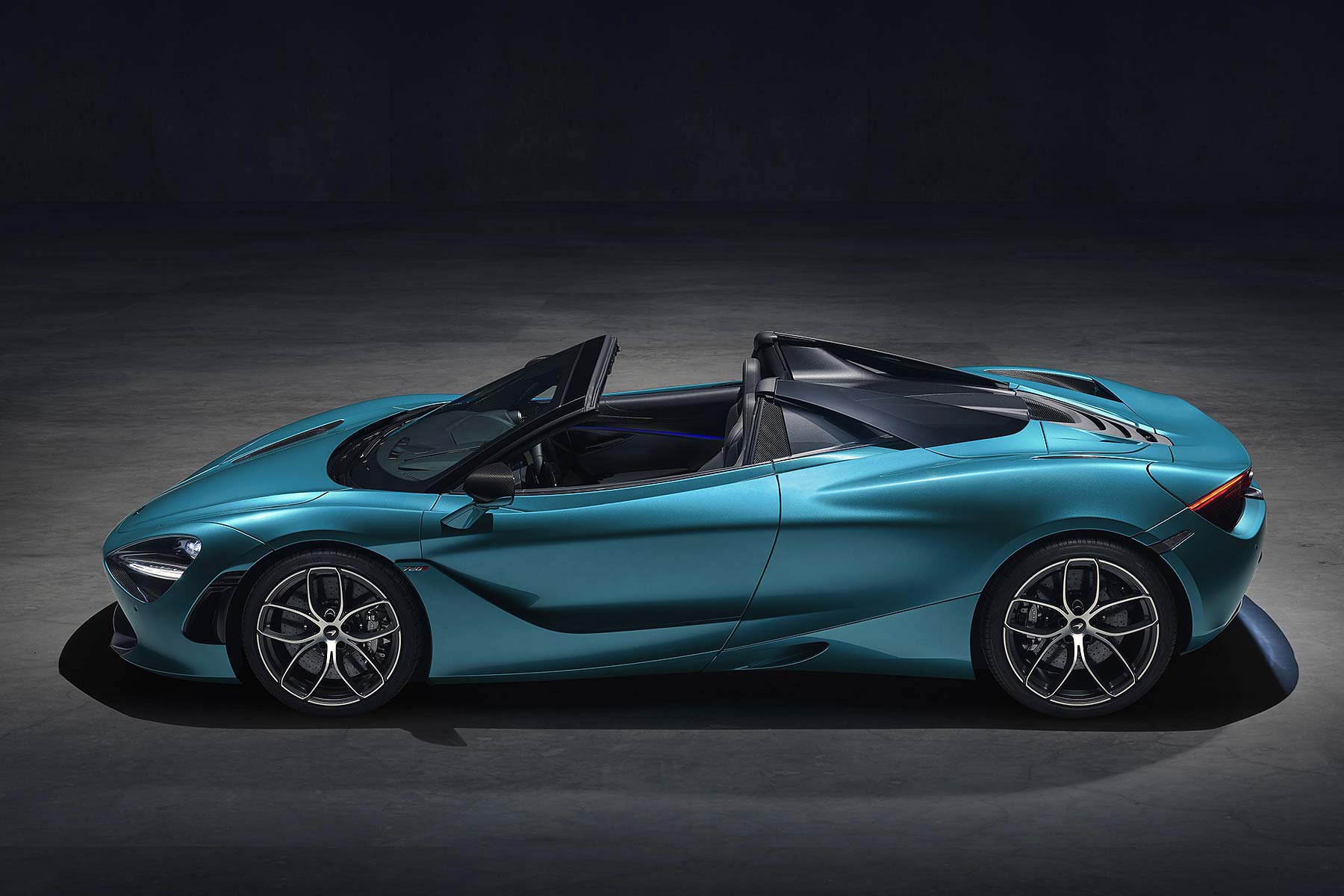 The new McLaren 720S Spider is the new open-top version of the 720S Coupe that will top 200mph with the roof down as well as up.

On sale now with prices from £237,000, McLaren proudly says the 720S Spider needs no additional strengthening over the coupe: that’s how robust its carbon fibre ‘Monocage II-S’ structure is.

This also caps the weight gain over the coupe to just 49kg (less than 4 percent). Its ‘dry’ weight is 1,332kg, 88kg less than its nearest rival (and far lighter than is the norm in this sector). 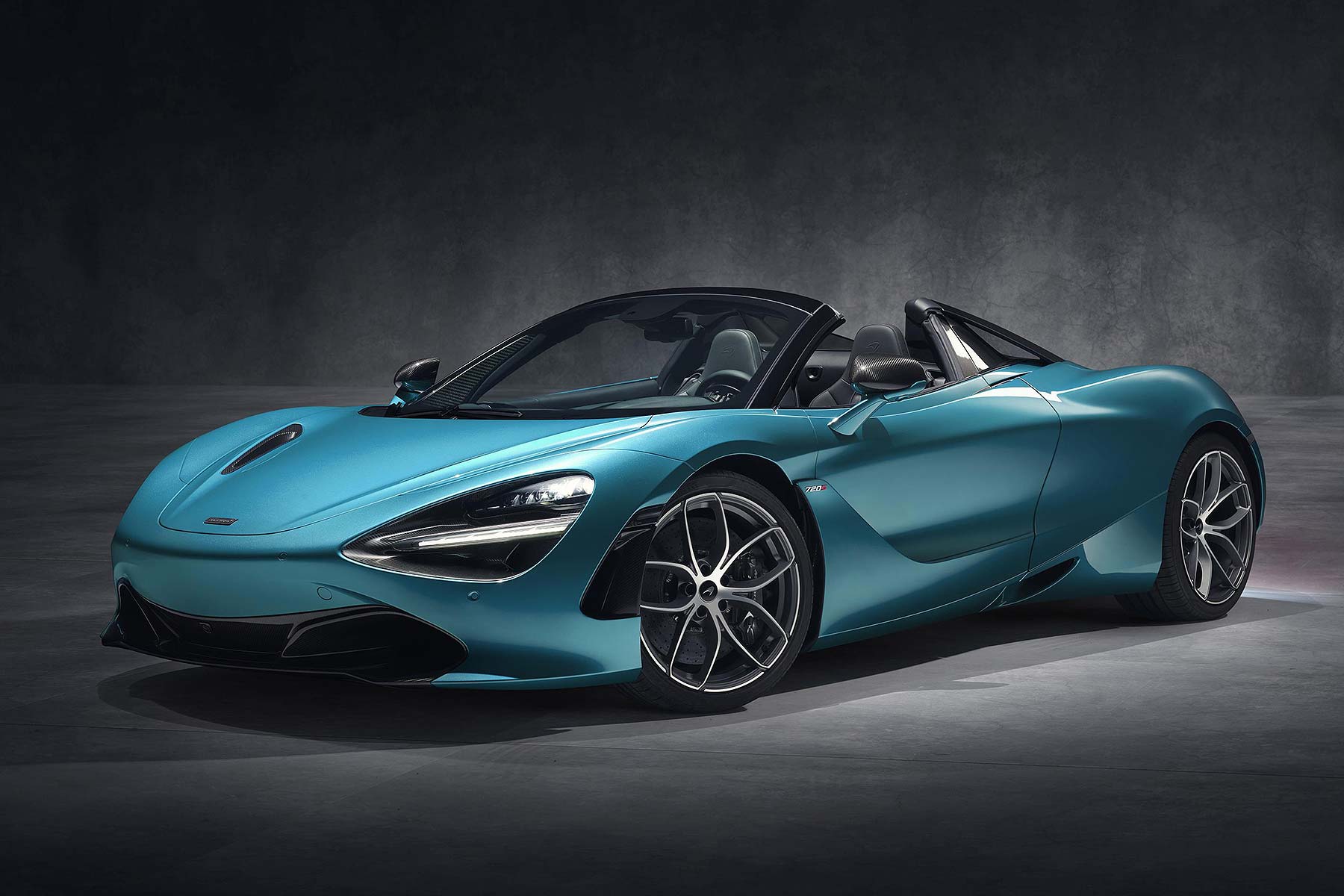 The top speed with the roof down is an impressive 202mph. Thank the active rear spoiler for this, which tunes the aerodynamics according to the position of the roof. It rises at lower speeds than the coupe and raises up to a higher overall position.

Deliveries of the new McLaren 720S Spider will begin in March 2019. 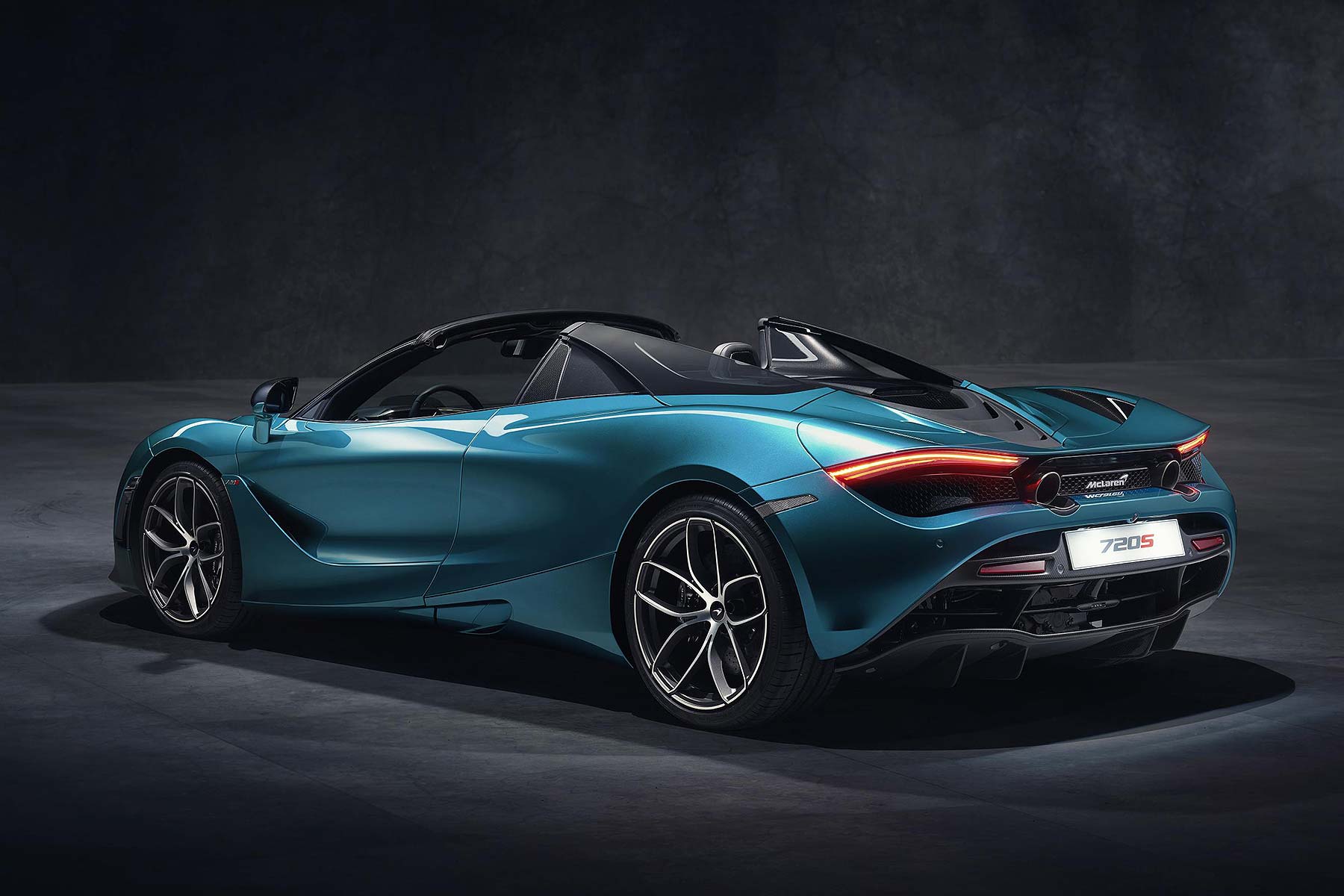 The design is a faithful open-top interpretation of the 720S. McLaren says visibility is “unparalleled” thanks to glazed rear flying buttresses. These unique structures help increase downforce too.

The folding hard-top roof’s design is patented and it goes up and down in just 11 seconds, the fastest of any open-top supercar. Being able to do it on the move at speeds of up to 31mph saves embarrassment when the traffic lights change (you had to keep speeds below 19mph on its predecessor, the 650S Spider).

The roof is also available as a glazed structure. To save glare from the sun, the panel is electrochromatic and can almost instantly switch from transparent to tinted. 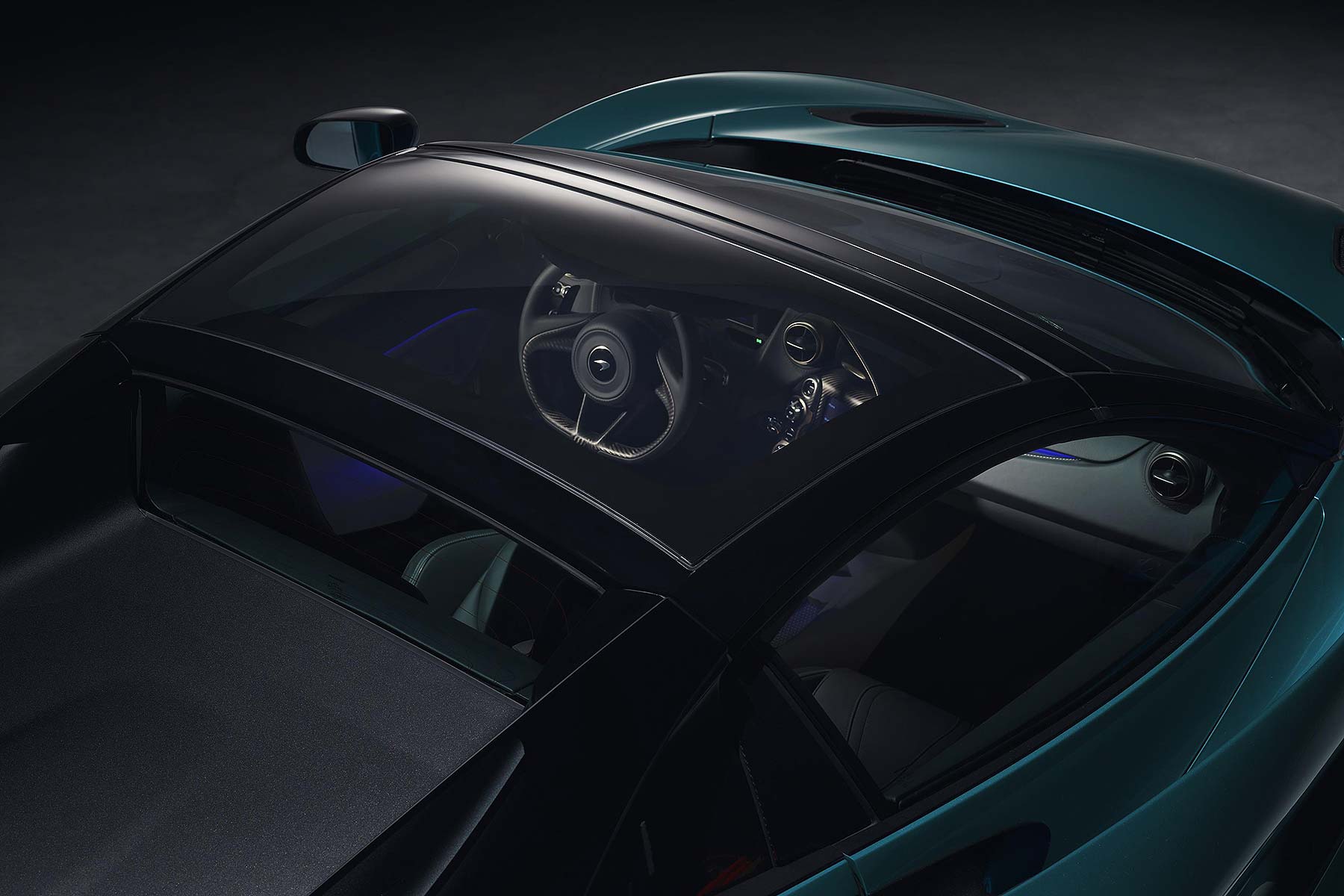 When parked up, it defaults to tinted, to keep the cabin cool; it ‘remembers’ the previous setting when the car is started.

The glass back window is separate and can be lowered independently. McLaren says this is ideal for “inviting the sound of the powertrain into the cabin”. 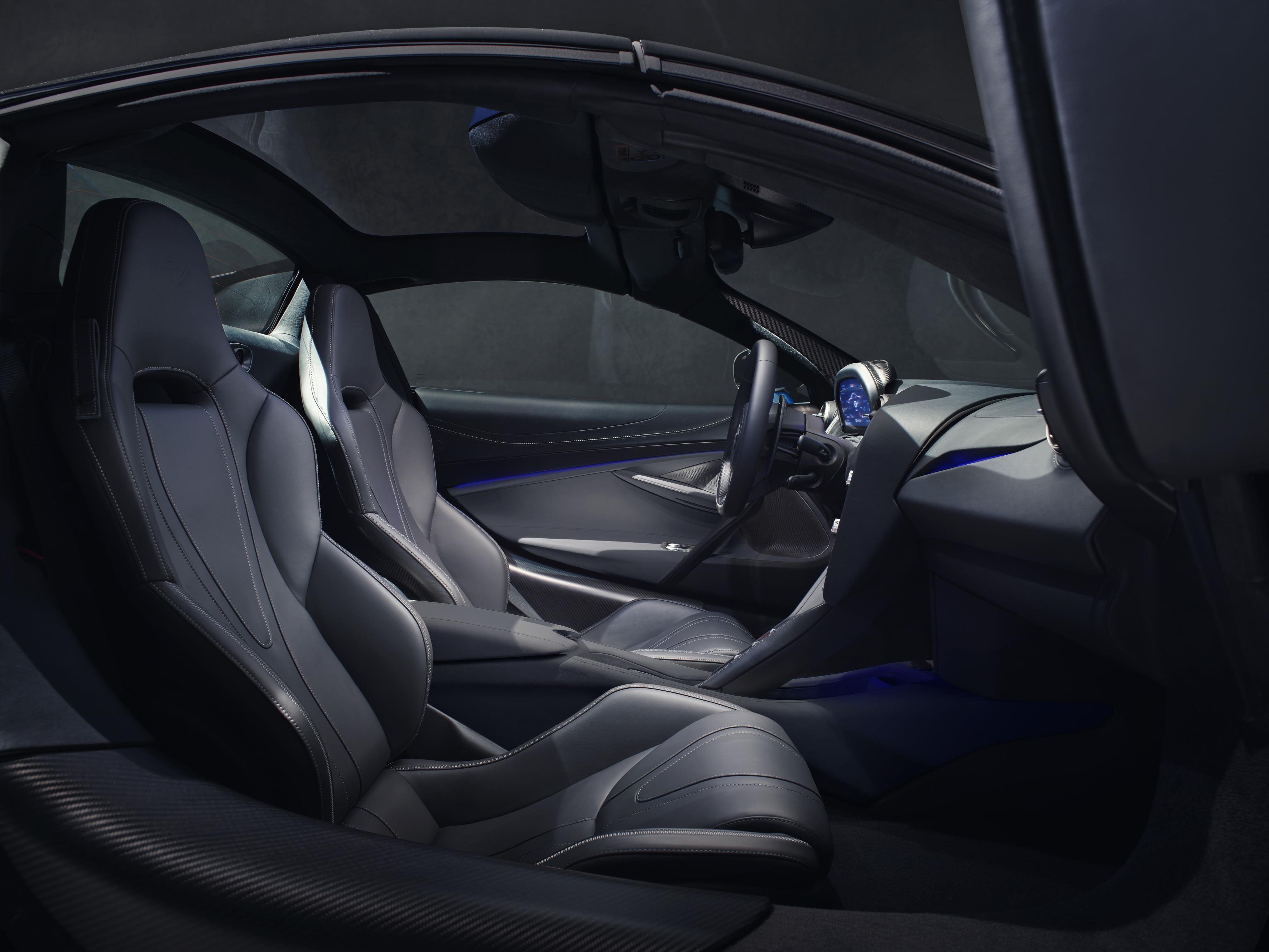 The climate control system has a series of bespoke settings that adjust temperature and airflow according to whether the roof is down or up. The system increases airflow speed and more air blasts to the footwells and upper cabin areas.

On sale now, McLaren is offering the 720S Spider in the same three specifications as the coupe: standard, Performance and Luxury. It can be had in one of 23 standard colours. Two of them – Belize Blue and Aztec Gold – are new for the Spider.