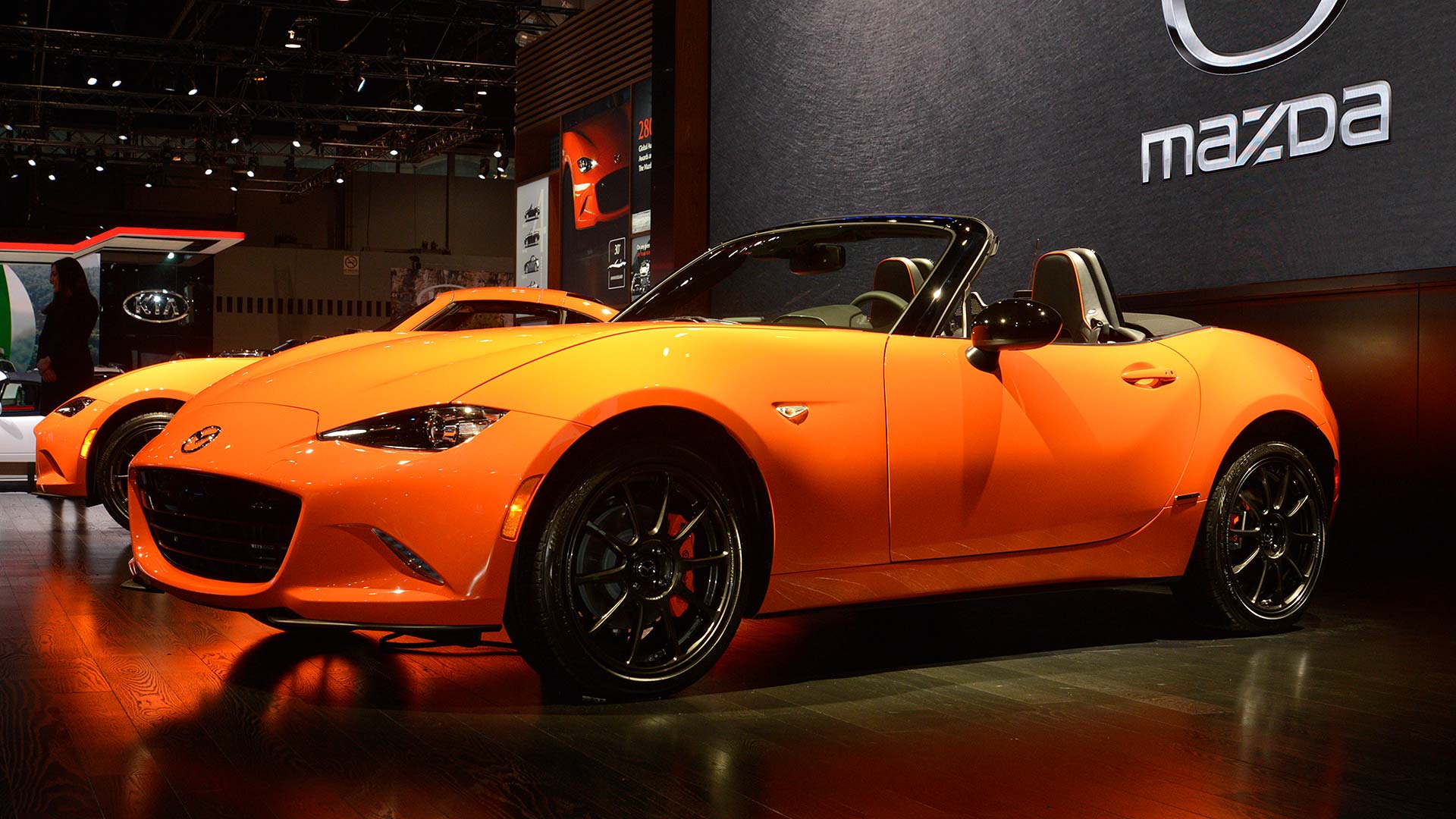 The Mazda MX-5 was launched 30 years ago at the 1989 Chicago Motor Show. Three decades on, the firm is back in the Windy City to roll out a special 30th Anniversary Edition collector’s special.

Just 3,000 30th Anniversary Edition MX-5 will be sold globally, all finished in the same vivid Racing Orange paint. The UK has been given a generous 600-car allocation from this total, and it’s on sale now. 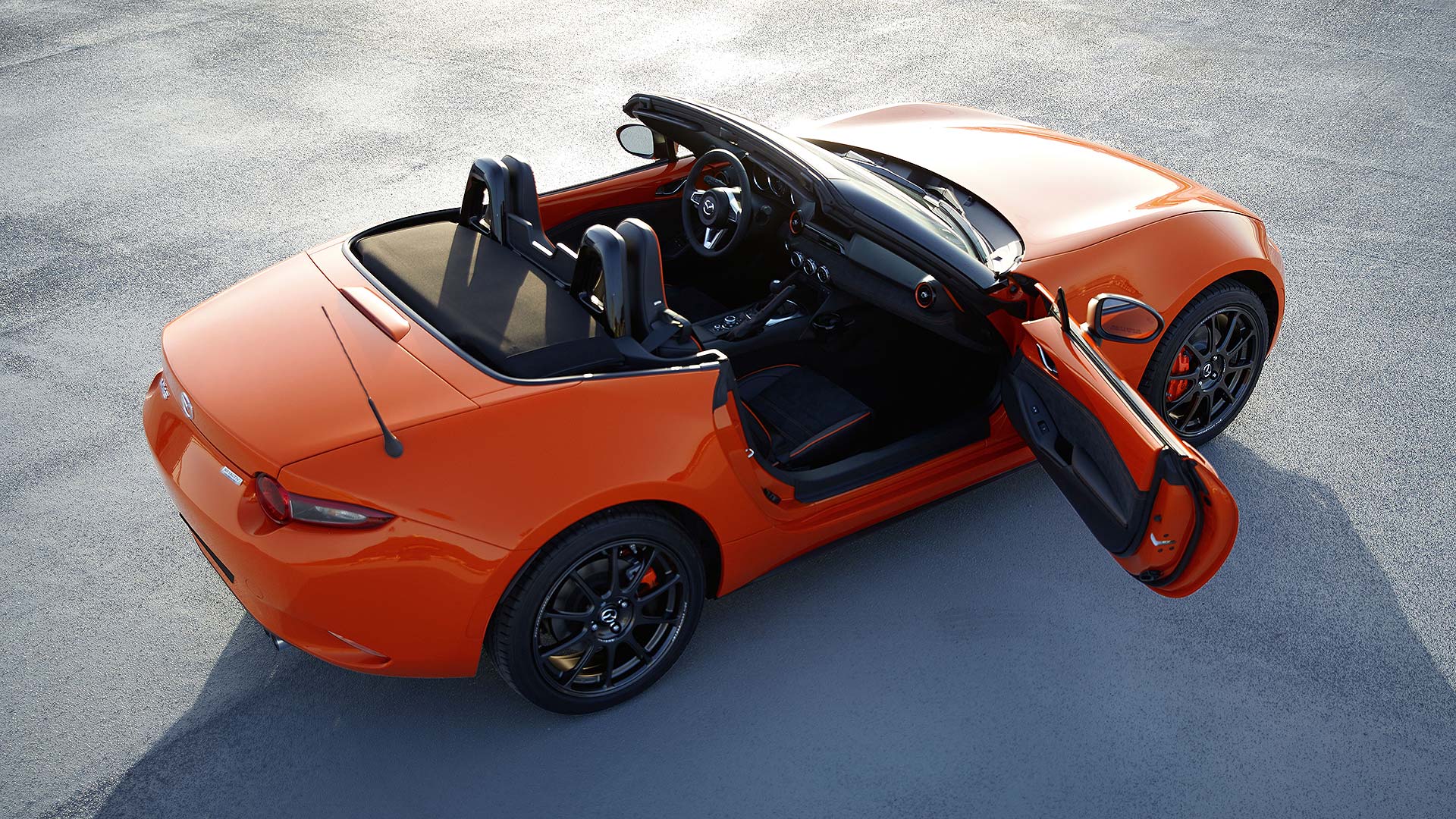 The Racing Orange paint is a brand new colour and has been developed exclusively for the 30th Anniversary Edition. Mazda has also teamed up with wheel manufacturers Rays Co Ltd to create a bespoke set of forged alloy wheels.

Behind them hide orange brake calipers and, for the first time, uprated Brembo brakes. 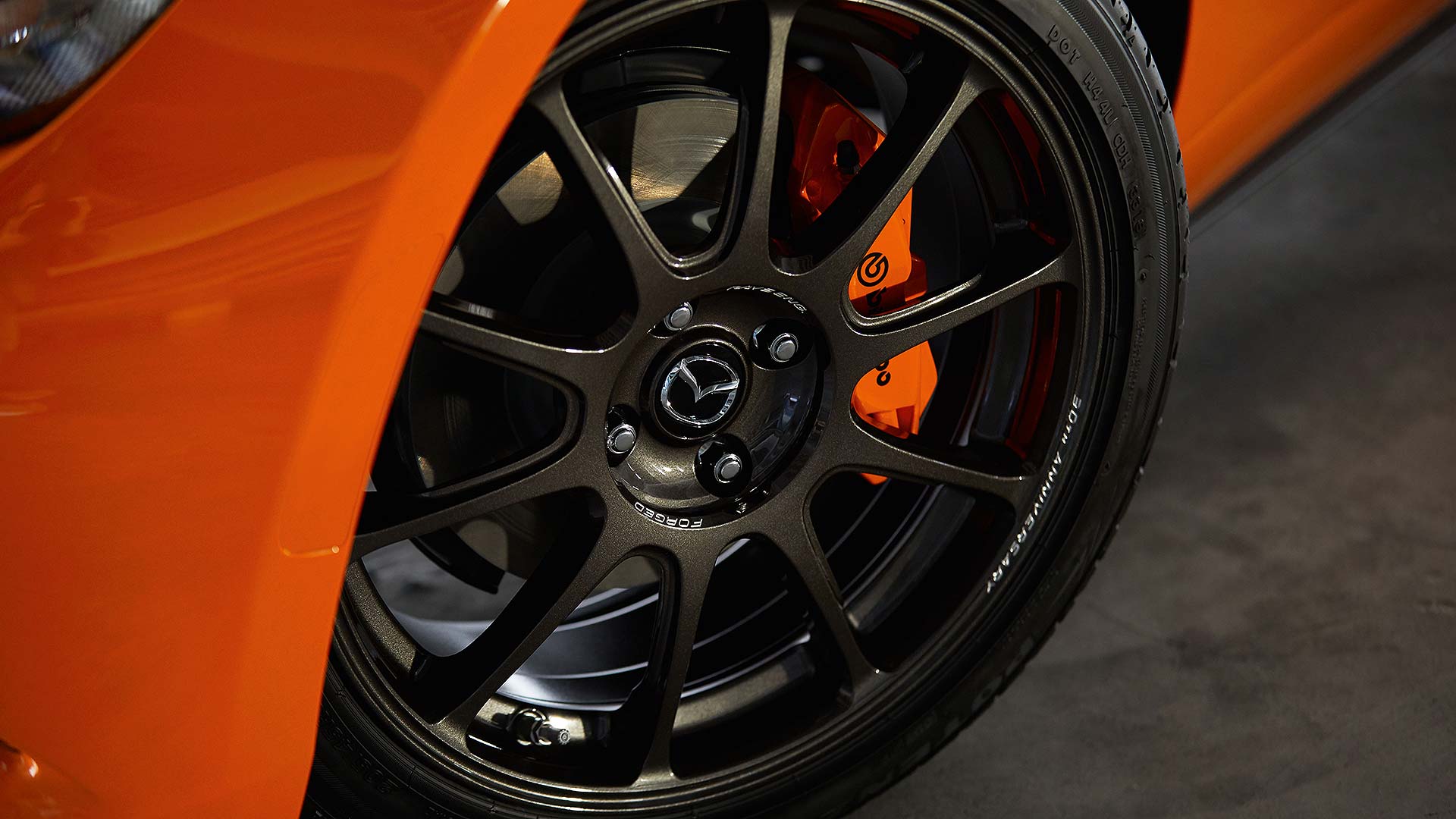 Inside, there’s more orange detailing, with accented panels on the dashboard and doors, orange details for the seats and steering wheel, air vents and gearlever. Recaro seats are standard, as is Alcantara trim. Mazda points out both Apple CarPlay and Android Auto are also standard. 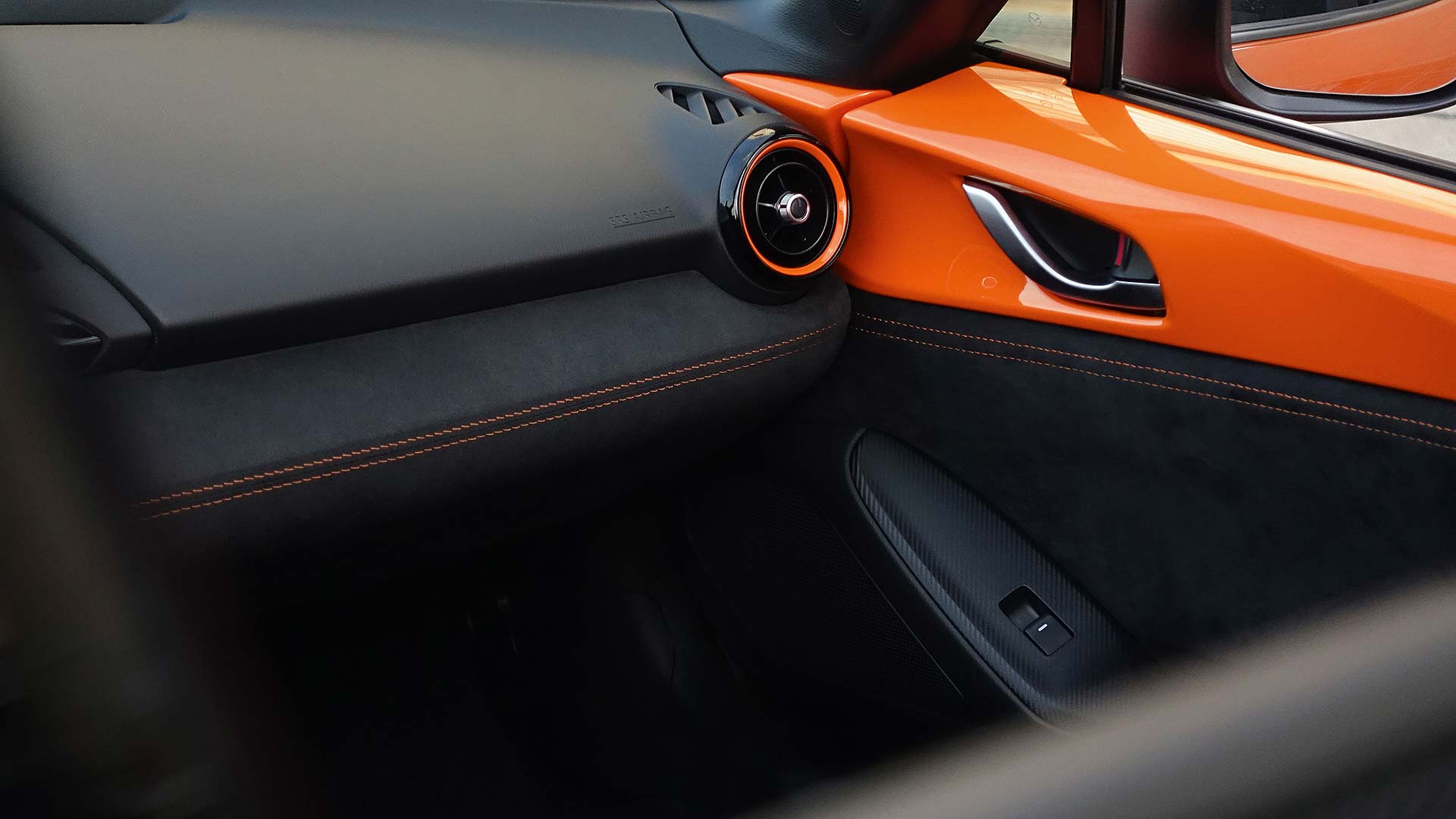 Each 30th Anniversary Edition gets a unique numbered badge on the outside; of the UK’s 600-car allocation, 400 will be convertibles and 200 will be the folding hard top RF.

The Mazda MX-5 30th Anniversary Edition convertible costs £28,095; the RF is priced at £29,895. They all use the new high-revving 184hp 2.0-litre Skyactiv-G engine, plus Bilstein dampers, strut brace and limited-slip differential. 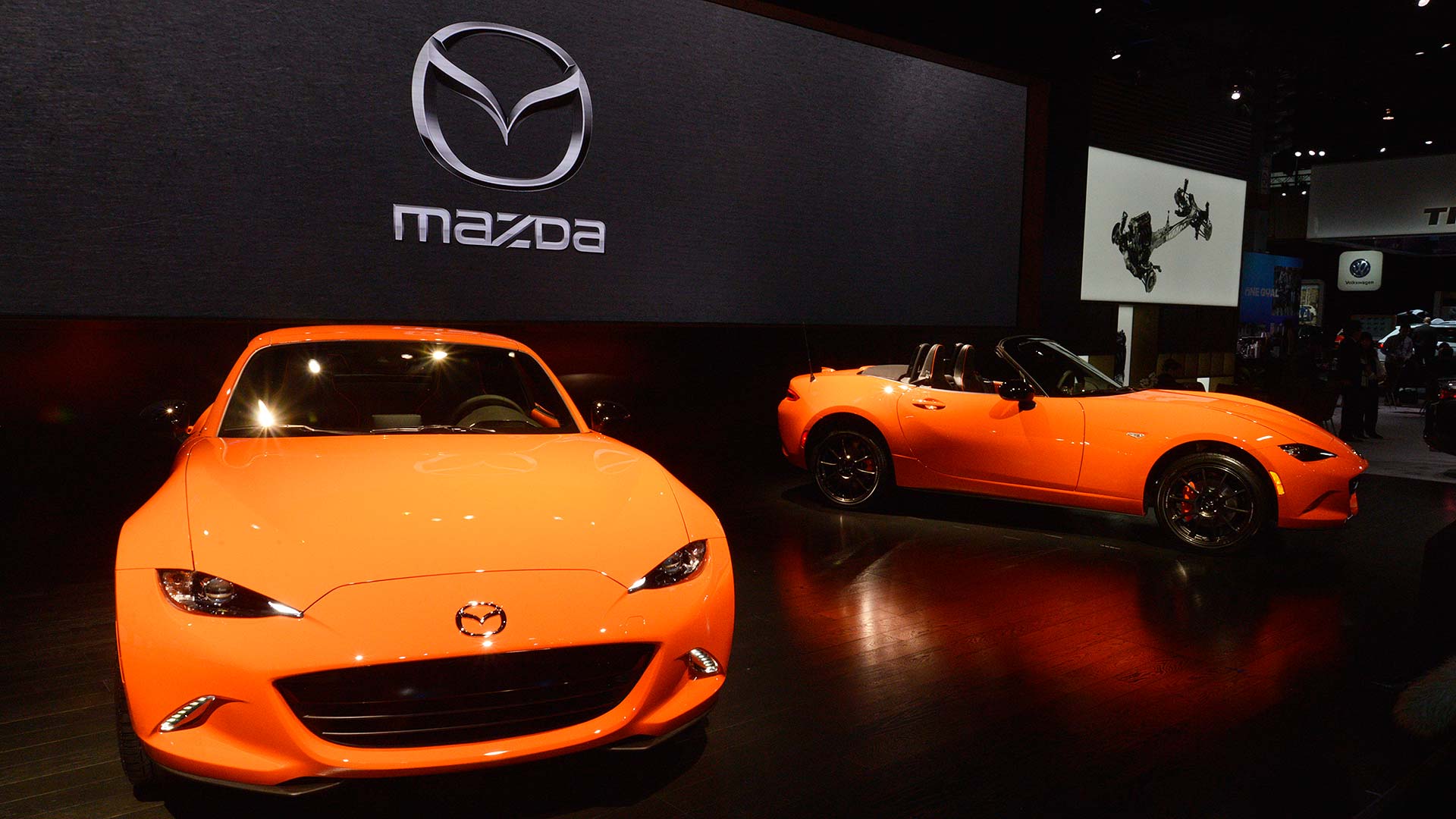 Since its launch in 1989, the MX-5 has become the world’s best-selling roadster, with more than 1 million models delivered to customers. Mazda UK MD Jeremy Thomson added that 130,000 of them have come to the UK.

“This is a sports car that has resonated with enthusiastic British drivers ever since its debut and four generations on it’s as popular as ever,” he said. “Along the way, it has remained true to the original principle of being an affordable, lightweight and above all fun-to-drive roadster.”

Ordering for the MX-5 30th Anniversary Edition is open now and deliveries begin in the summer.