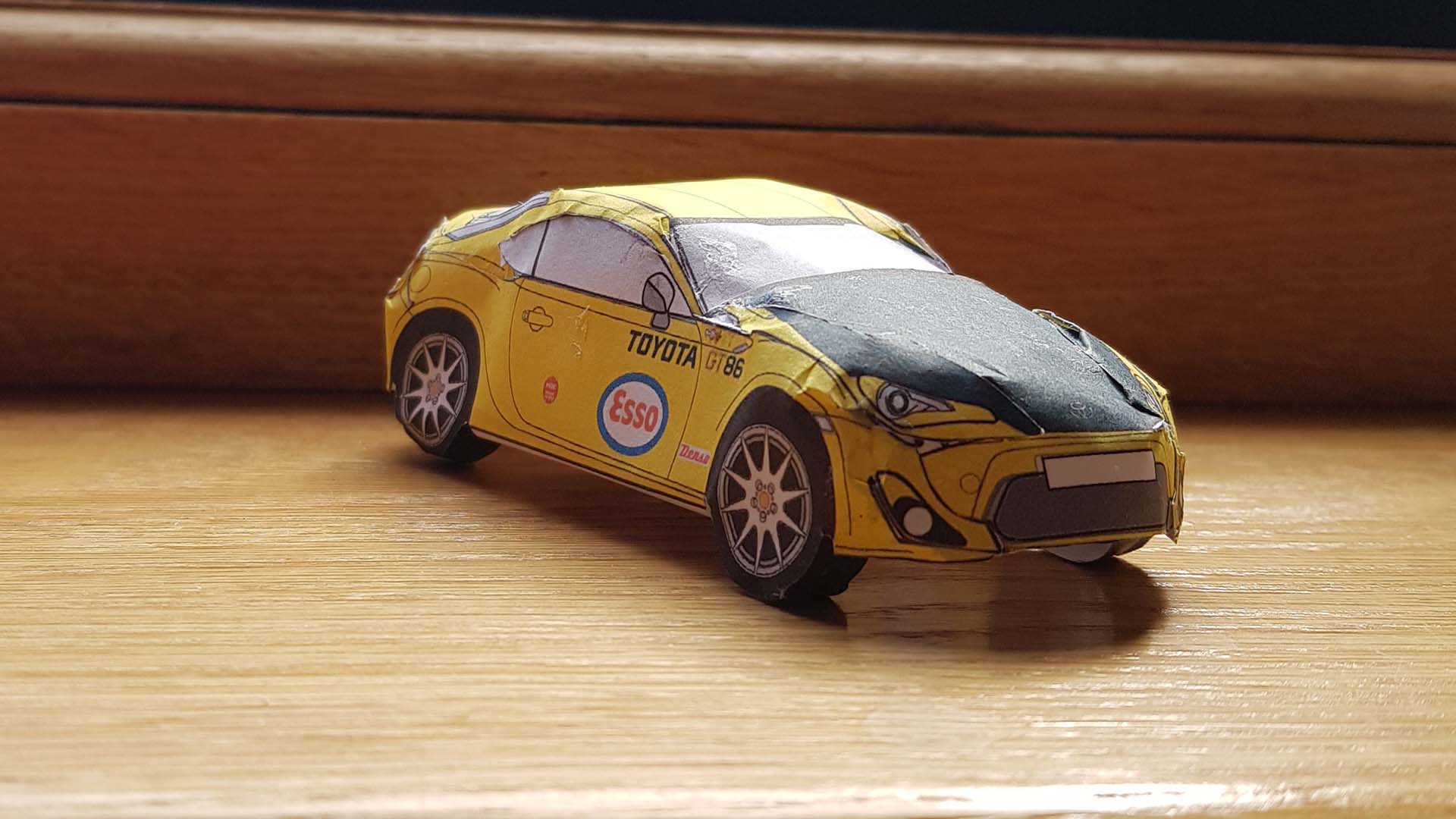 With its newly-launched kit, Toyota says you’ll simply require access to a colour printer, some paper glue and a pair of scissors to create your very own GT86.

We’d add a ‘sticky-out tongue‘ and some choice words to the list.

In fairness, creating your own paper Toyota GT86 doesn’t look too taxing. Toyota claims the car should be finished within an hour, so with six designs available, your children should be kept occupied for most of the working day.

There’s also the potential to host your own one-make race series, although we’d recommend keeping these cars away from the skirting boards. Paper isn’t known for its structural rigidity and we doubt these cars would pass the Euro NCAP safety test. 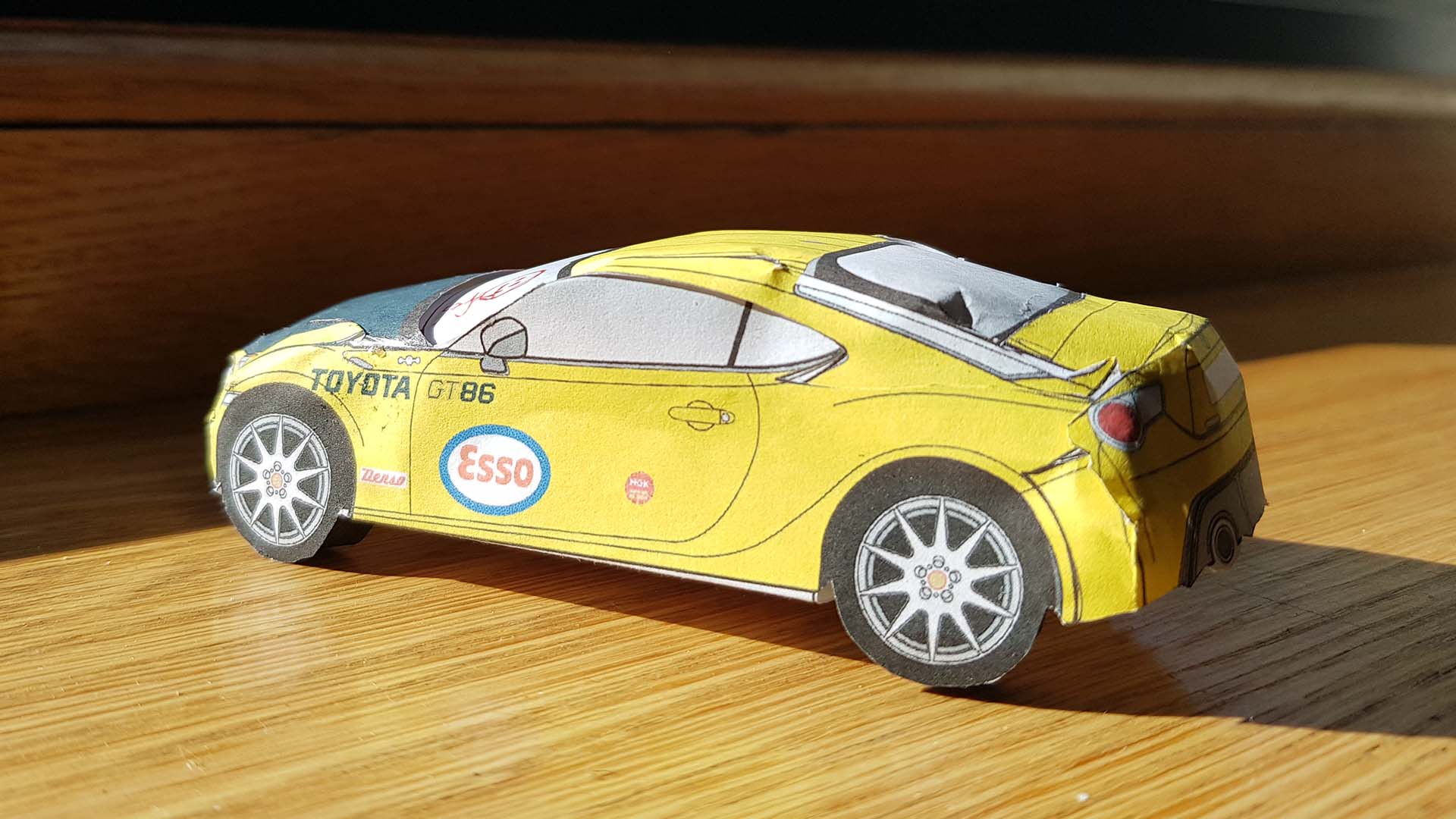 The six designs were originally created for the 2015 Goodwood Festival of Speed to commemorate 50 years of Toyota in the UK.

Big kids with big hands are advised to print them on A3 paper, but A4 will be fine if your working-from-home printer isn’t up to scratch. You’re advised to separate each of the three main sections and each of the four tyres from the grey background. 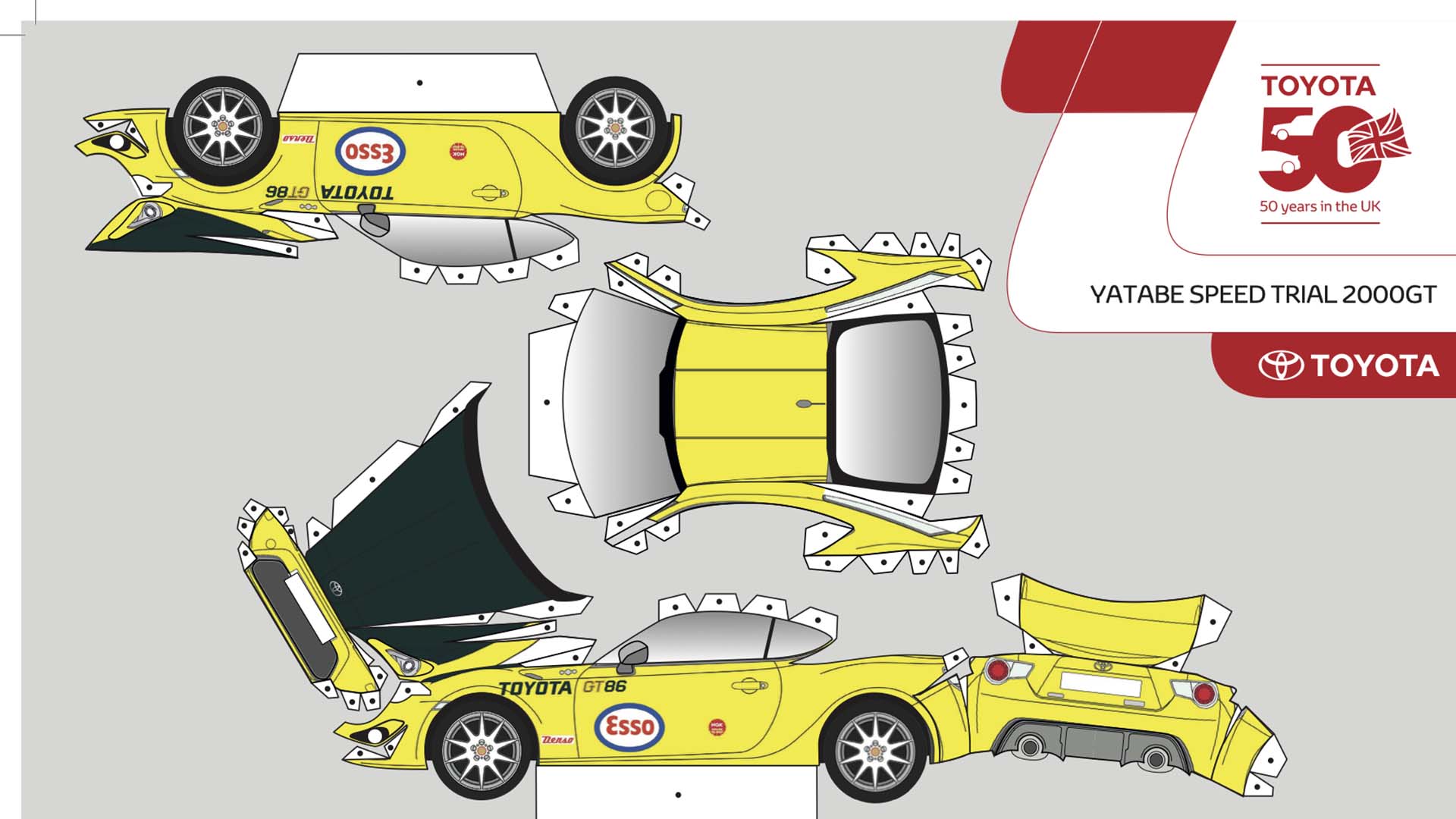 Fold and glue all of the tabs so that they adhere to the underside of the adjacent panel. Toyota says the finished article ”should resemble a Toyota GT86“, with a strong emphasis on the word ‘should’.

If your last attempt at a build-your-own paper car involved sticky back plastic and John Noakes, some child supervision might be required.

One thing’s for certain: an armchair critic will pipe up with some nonsense about the paper Toyota GT86 needing more power.