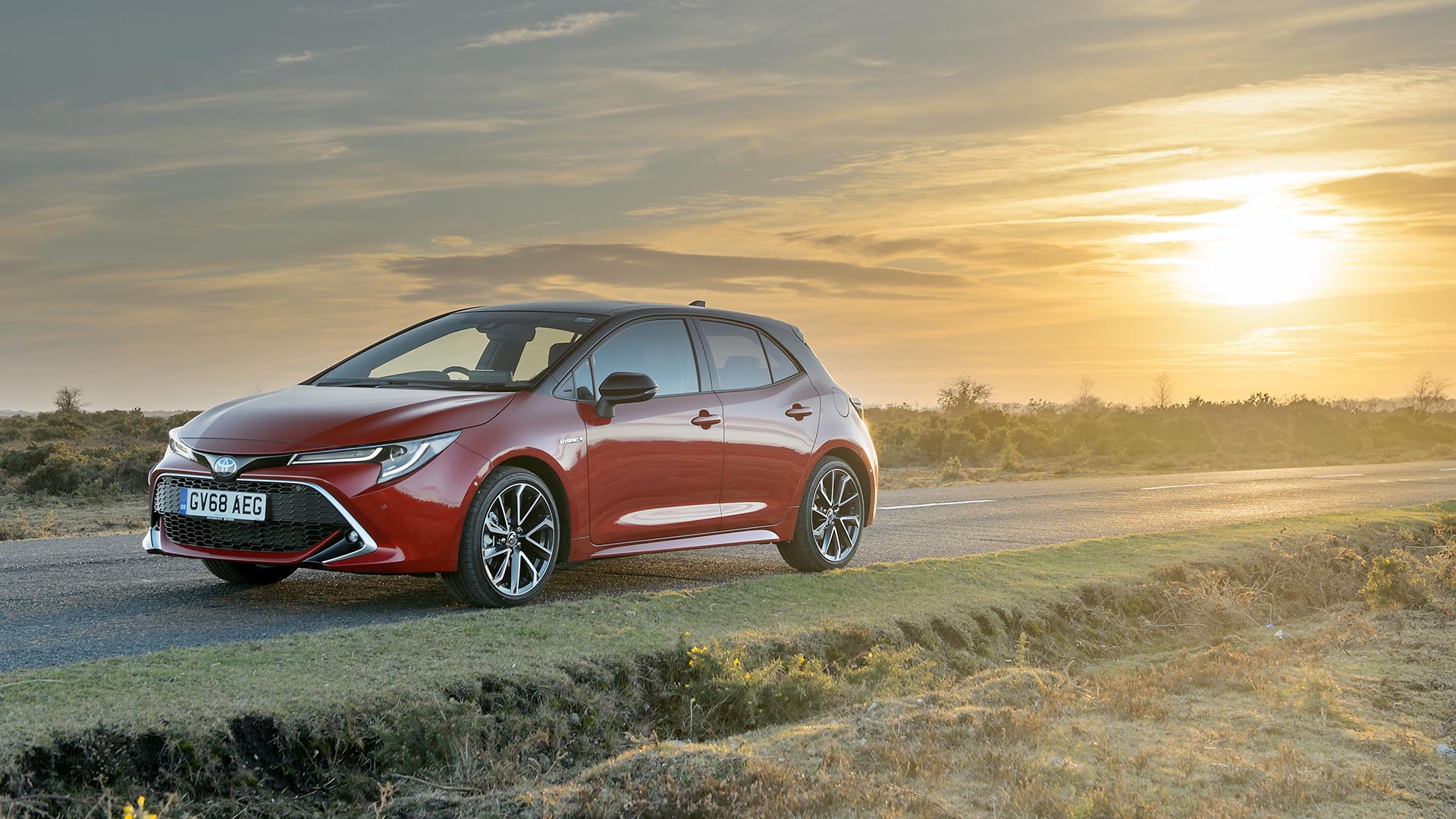 Last year, average CO2 emissions across European markets were at their highest recorded levels since 2014. That’s according to new figures released by Jato Dynamics. The average for 23 European markets totalled 121.8g/km, which is up from 120.5g/km the previous year. Here, we reveal the top 20 best-selling car companies in Europe, ranked by average CO2 emissions. The results are presented in reverse order. 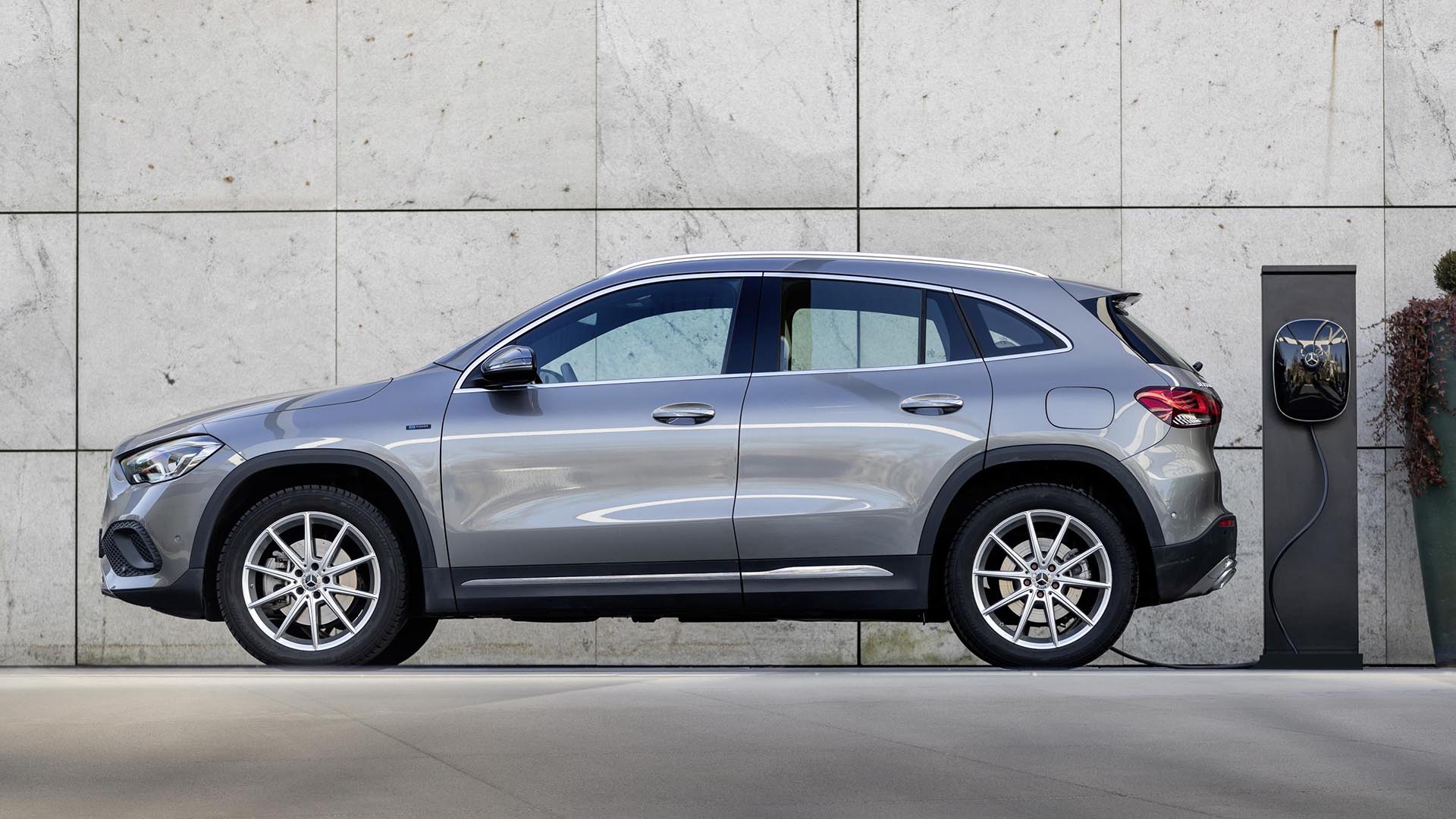 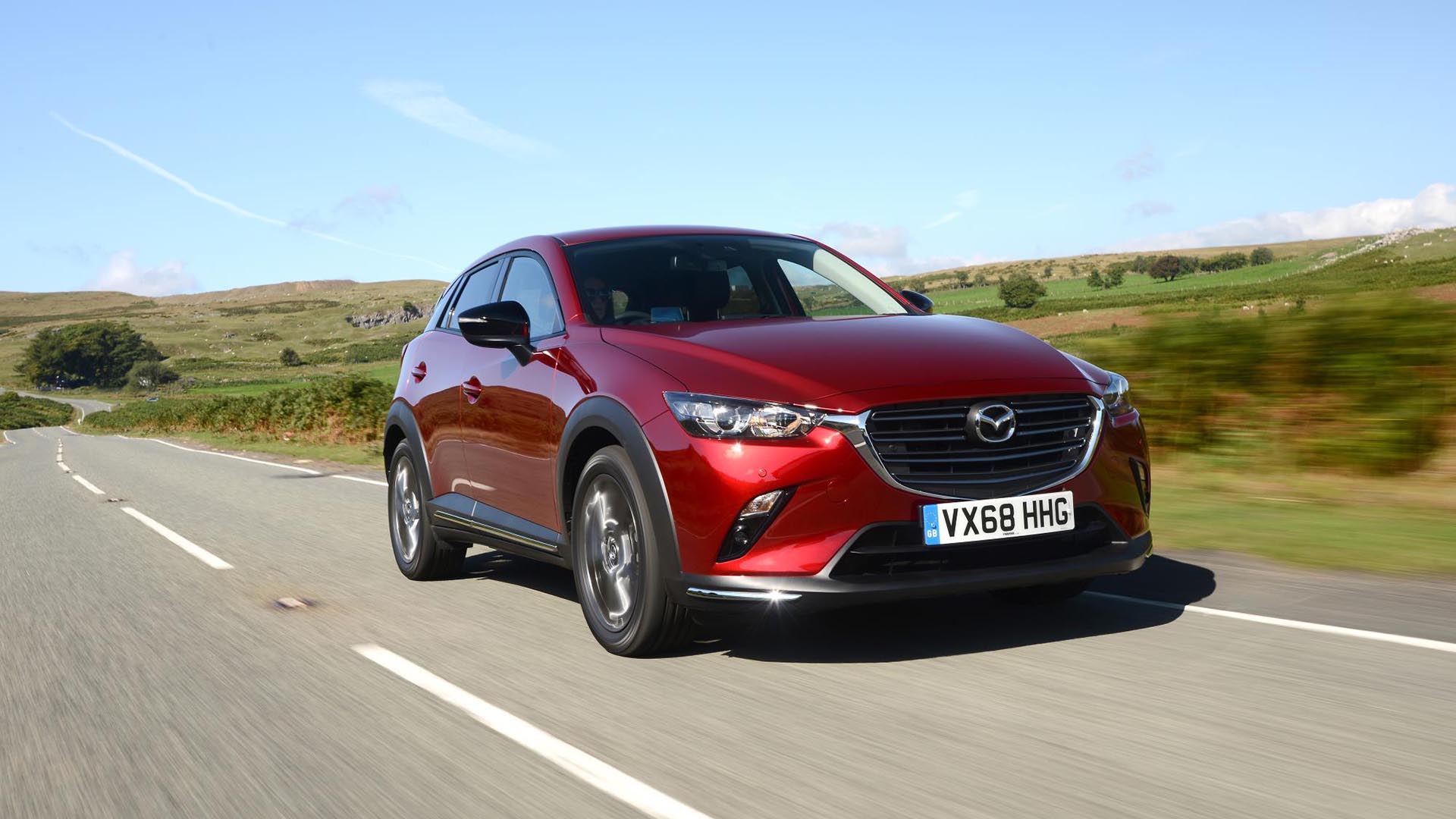 Felipe Munoz, global analyst at Jato Dynamics, said: “As expected, the combination of fewer diesel registrations and more SUVs continued to have an impact on emissions. We don’t anticipate any change to this trend in the mid-term, indeed these results further highlight the industry’s need to adopt EVs at a rapid pace to reach emissions targets.” Mazda’s figure is virtually unchanged, with the company remaining in 19th position. 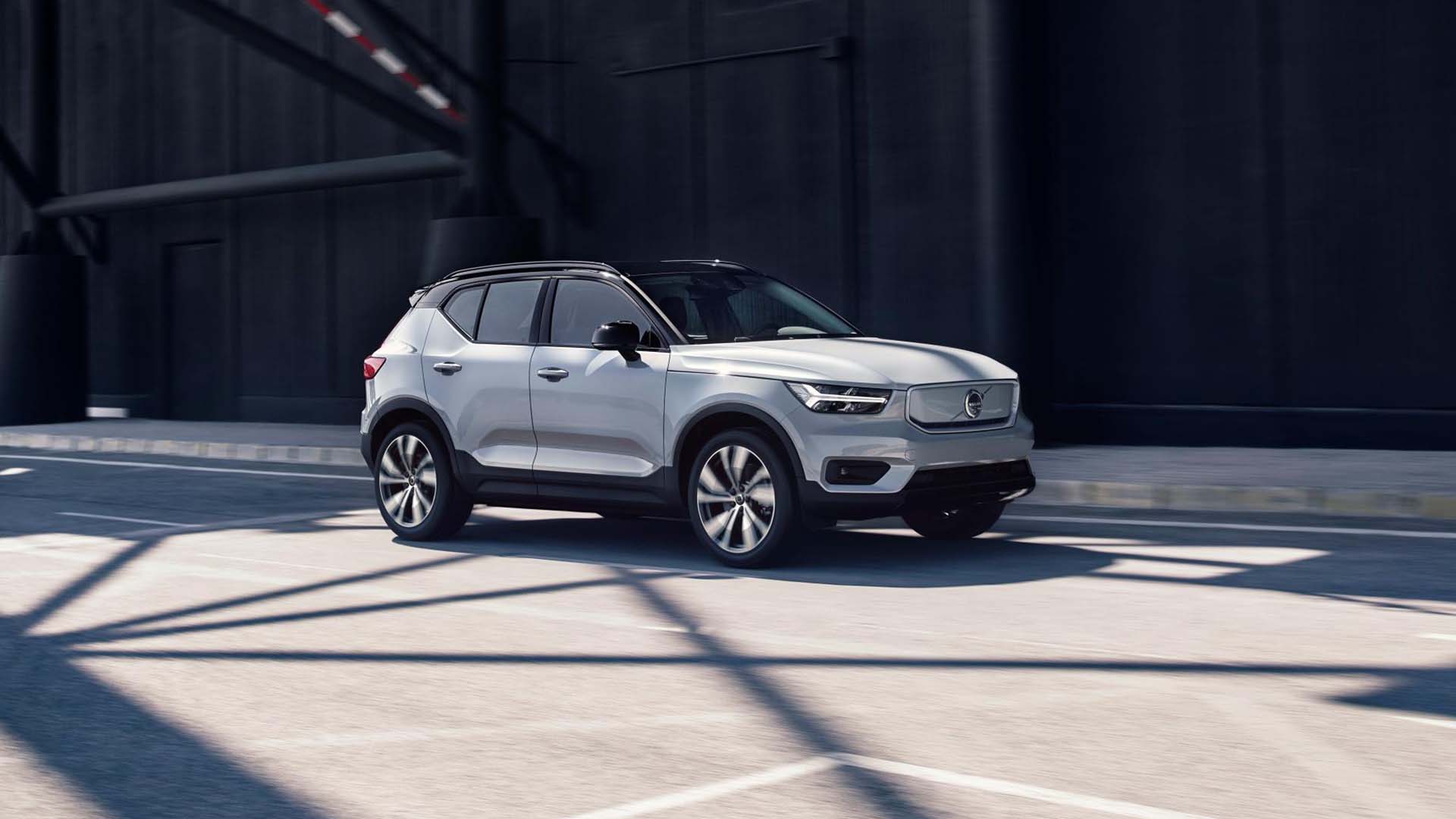 Although Volvo has a number of plug-in hybrids in its range, the company is in desperate need of an all-electric car. It claims that by 2025, 50 percent of its new cars will be fully electric, kicking off with the XC40 Recharge. The compact SUV features a 78kWh battery to provide a range of around 200 miles. Meanwhile, Volvo’s CO2 emissions are up 1.2g/km. 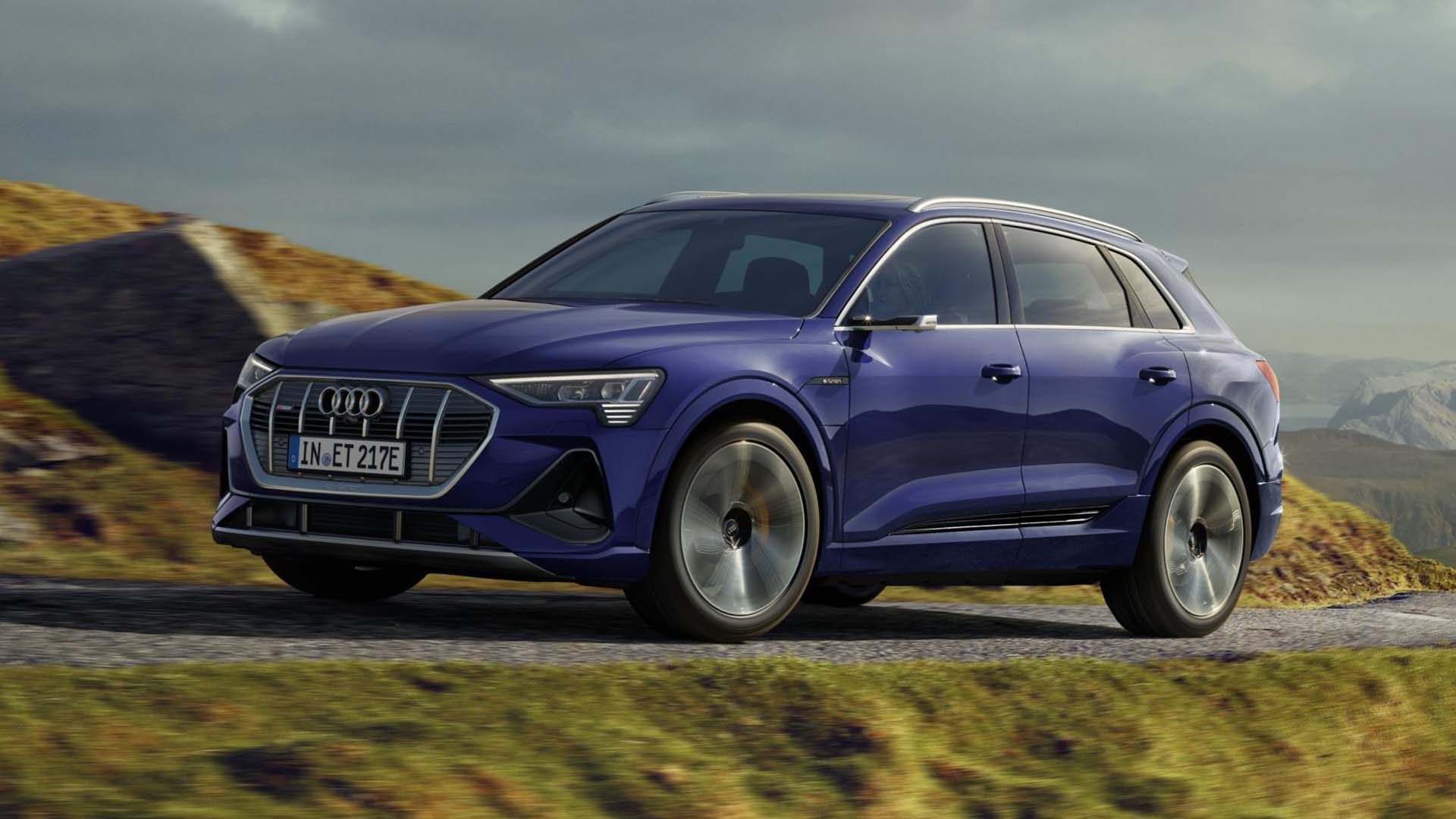 Audi is another company with a large number of SUVs, including the Q2, Q3, Q5, Q7 and Q8. It also boasts a range of performance vehicles, headlined by the flagship R8 with its enormous V10 engine and CO2 emissions of 299g/km. There’s only so much the E-Tron SUV can achieve when it comes to balancing CO2 emissions across the range. 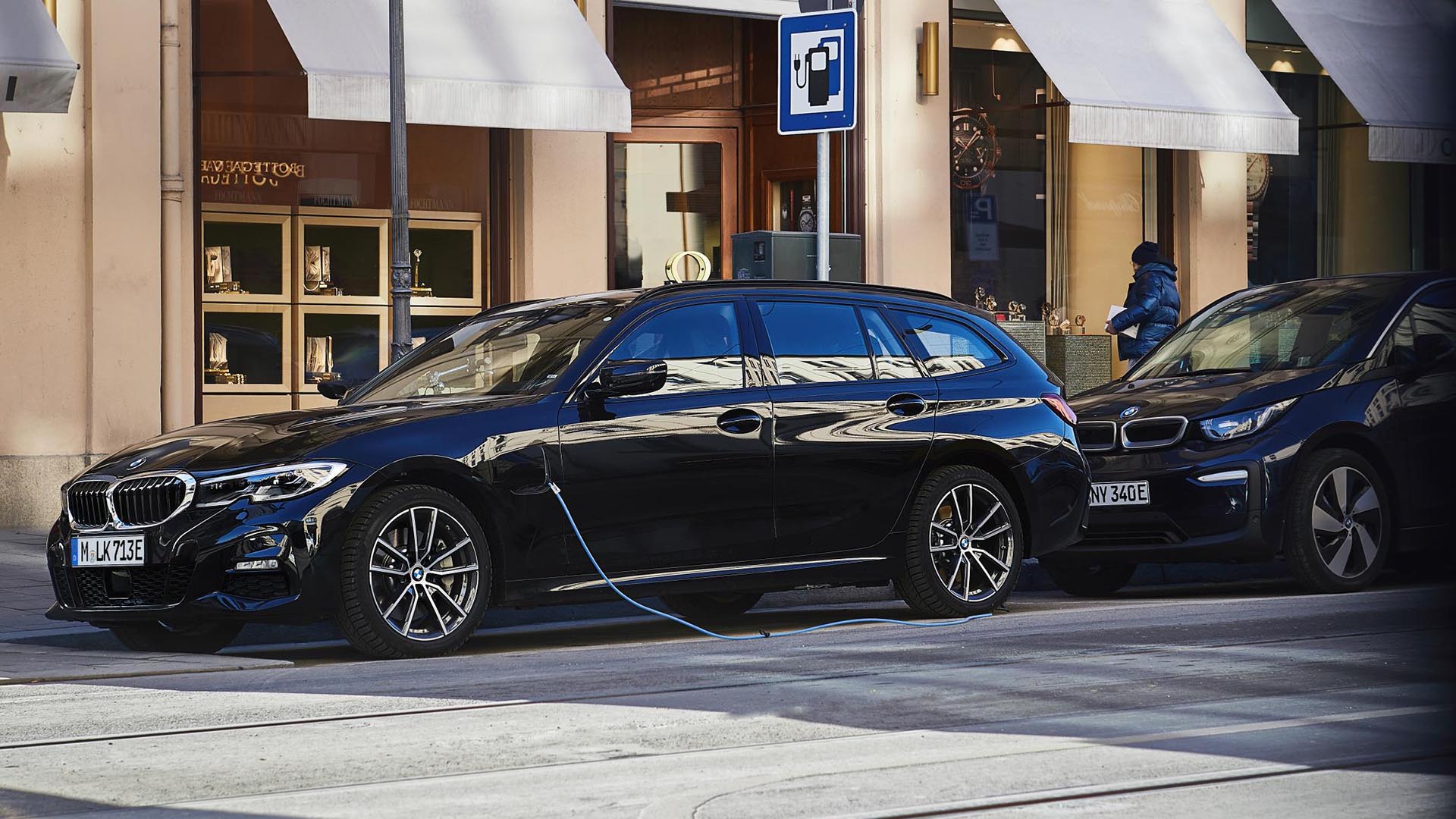 Only four companies in the top 10 have managed to reduce their CO2 emissions. One of these companies is BMW, which climbs one place up the table in the process. Interestingly, of the countries that publish new WLTP data rather than older NEDC values, the Netherlands is the best performing nation, with average CO2 emissions dropping 5.9g/km. The country finishes top of the table with an average of 100.1g/km CO2. 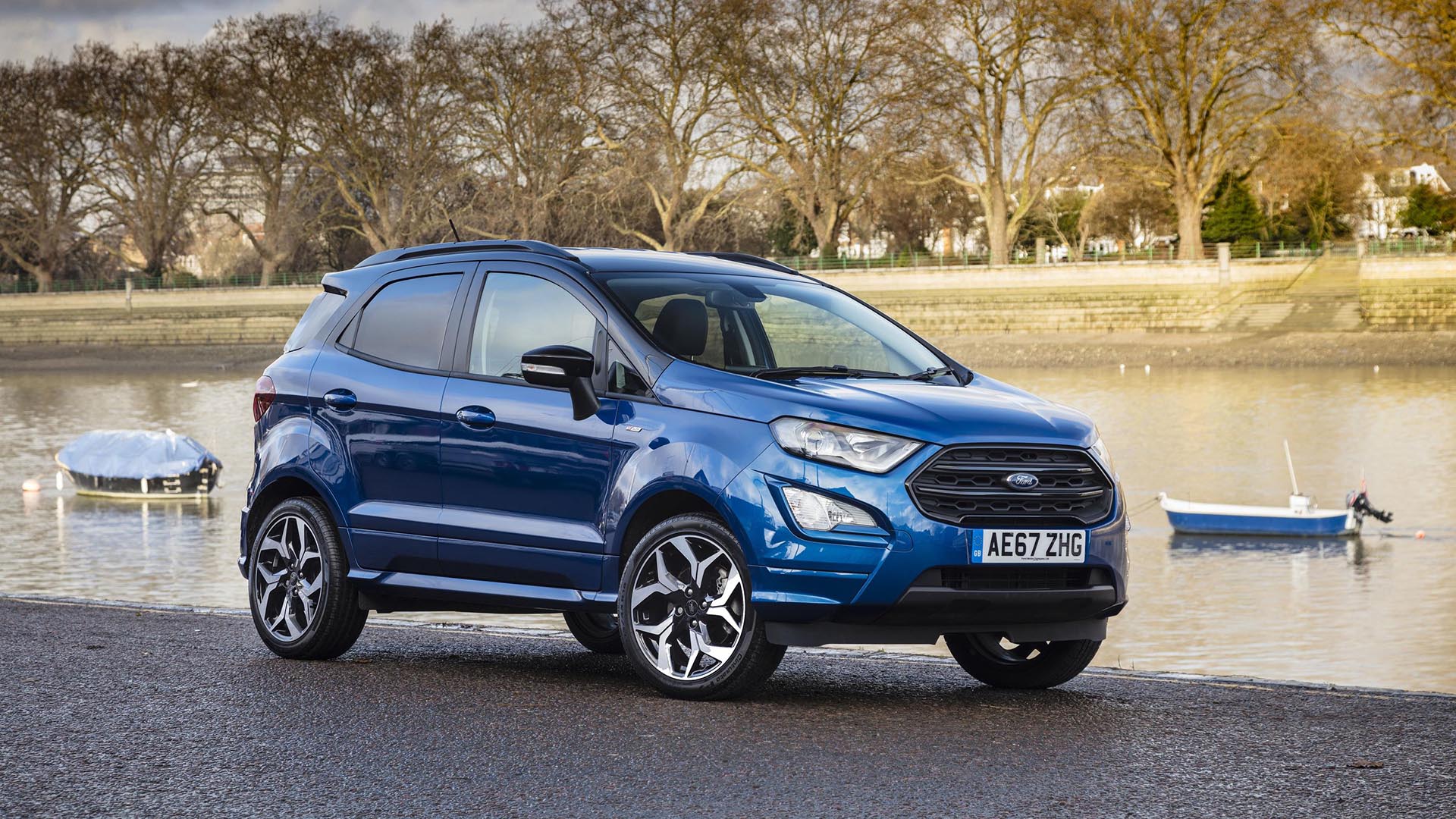 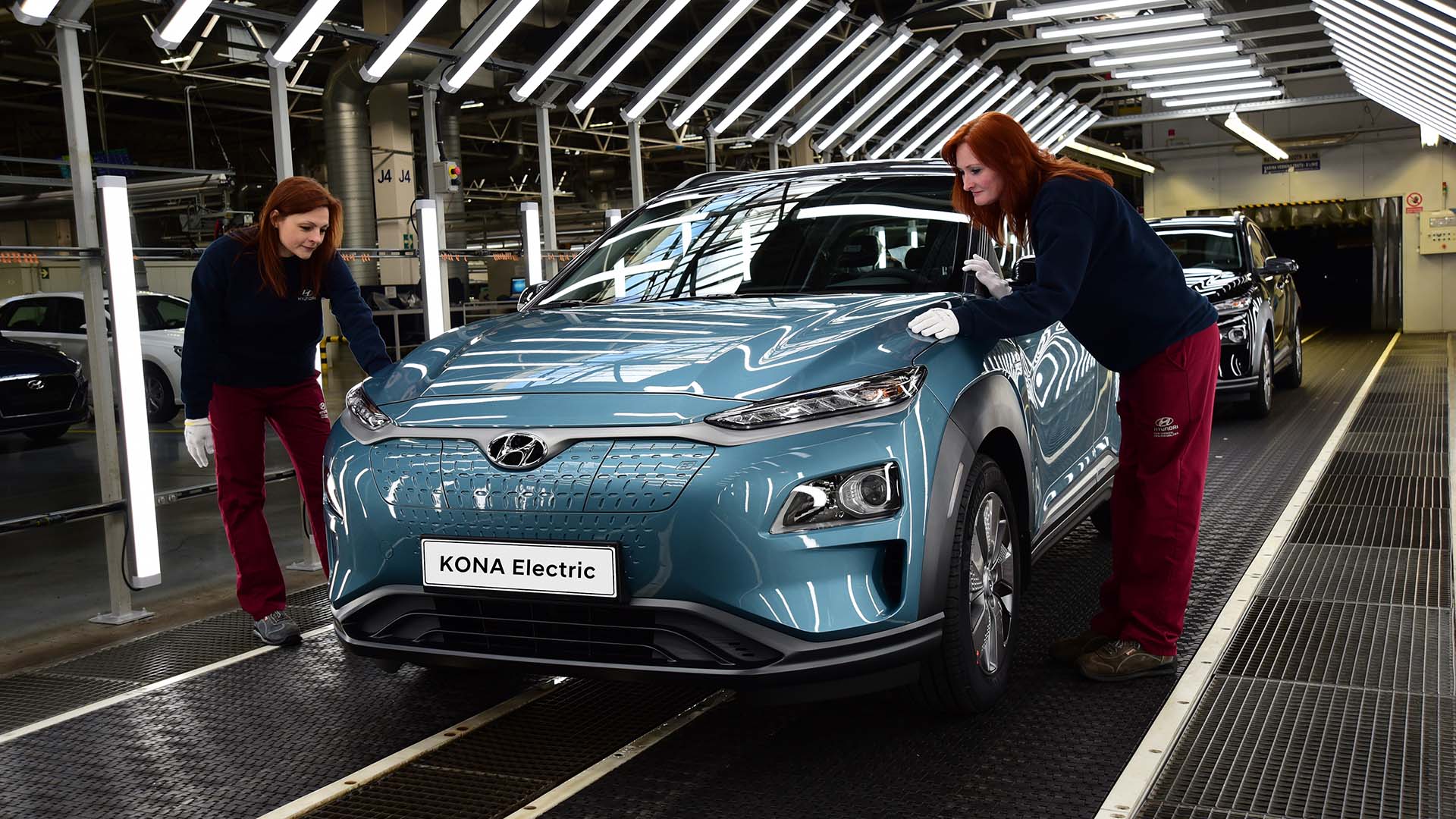 Hyundai has a small range of electric cars, headlined by the Kona and Ioniq. Its biggest problem has been with supply, although a new factory in the Czech Republic will result in more Kona Electric models becoming available in 2020. Average CO2 emissions are up 2g/km to 126.5g/km. 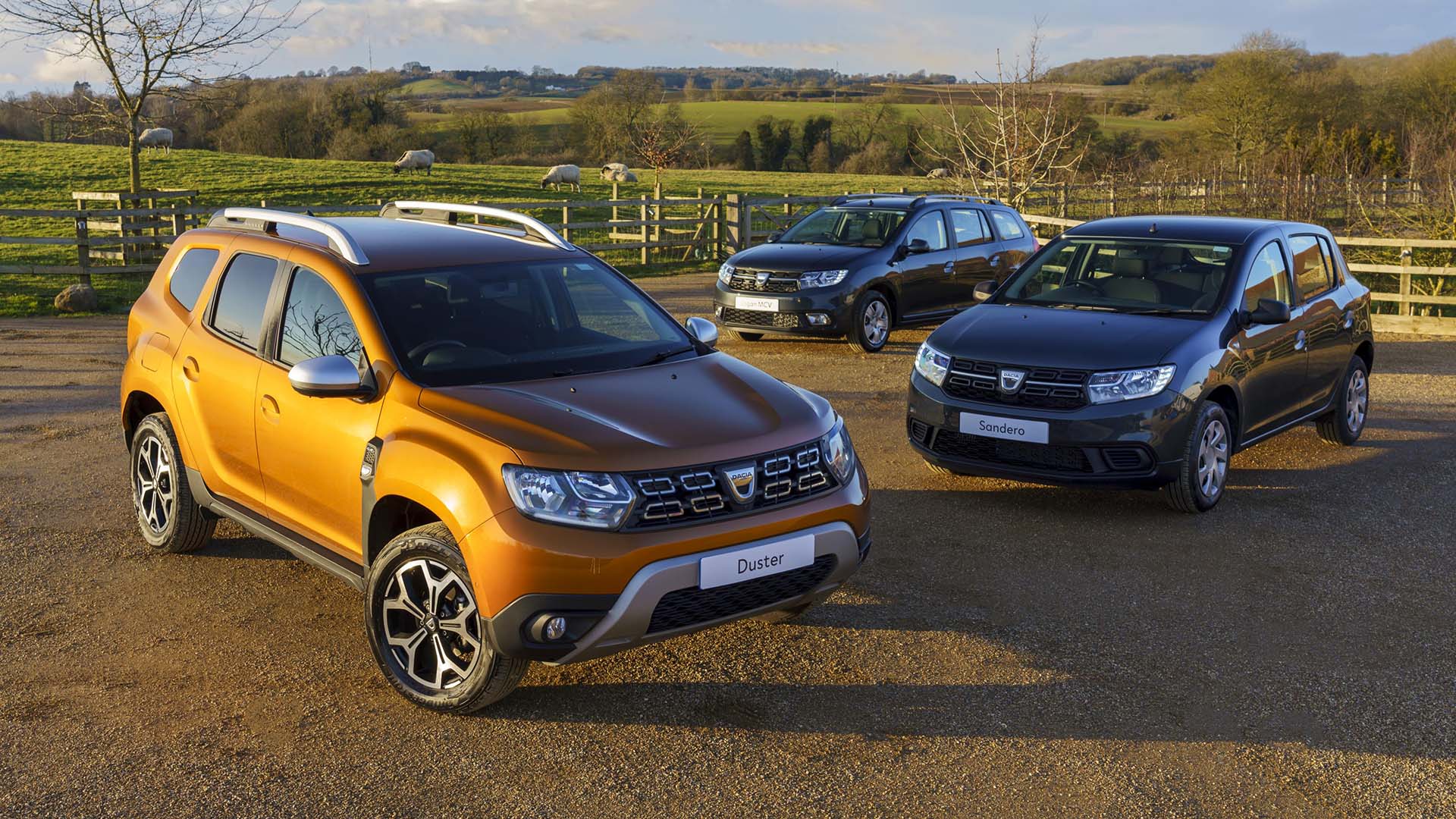 With a greater focus on budget prices than on fuel economy, Dacia will always struggle in this area. That said, the company unveiled an all-electric concept at the virtual Geneva Motor Show, promising to deliver the most affordable electric car in Europe in 2021. This, combined with the new range of Bi-Fuel LPG models, should help to reverse a 4.7g/km increase in CO2 emissions. 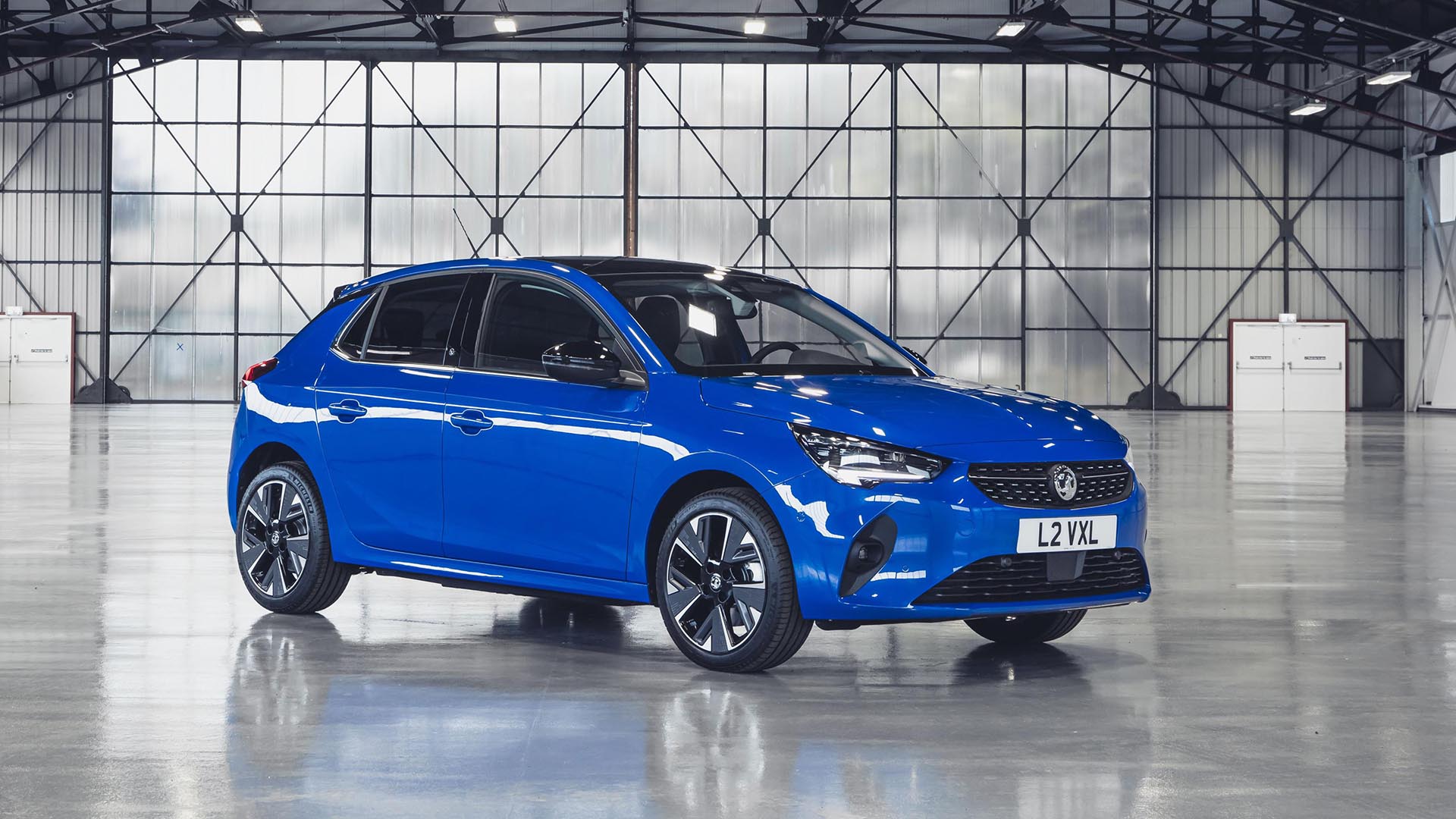 Now under the ownership of the PSA Group, some of the French influence is rubbing off on Vauxhall and Opel. Although a figure of 124.9g/km keeps the companies outside the top 10, it does represent a 1.1g/km improvement. The arrival of the all-electric Vauxhall Corsa-e will also improve things. 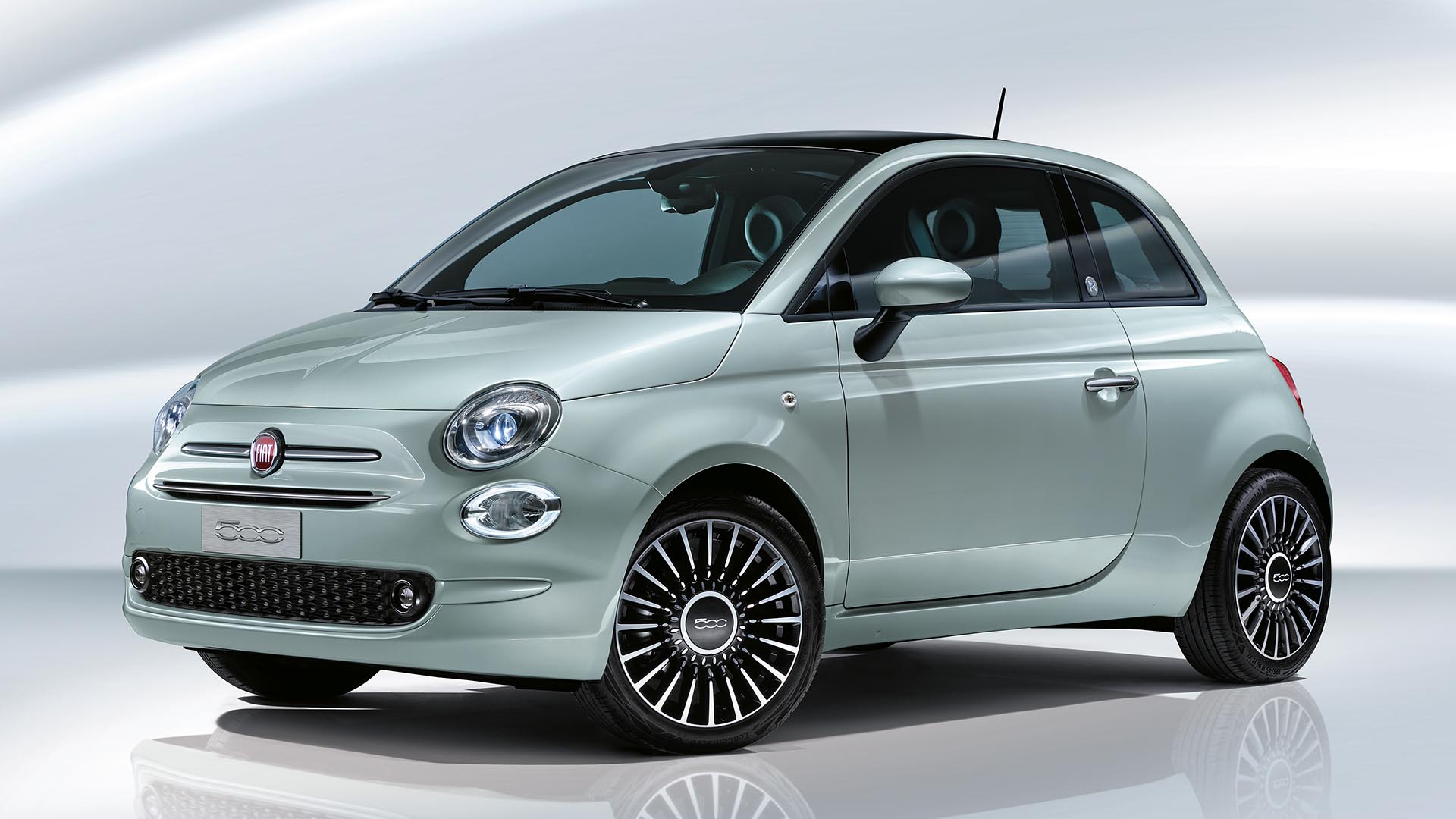 Fiat is yet another company with a new electric car up its sleeve. An all-electric Fiat 500 was expected to be unveiled at the Geneva Motor Show, but it looks like we’ll have to wait a little longer for official photos and information. In the meantime, Fiat’s elderly product range means that CO2 emissions are up 4.7g/km. 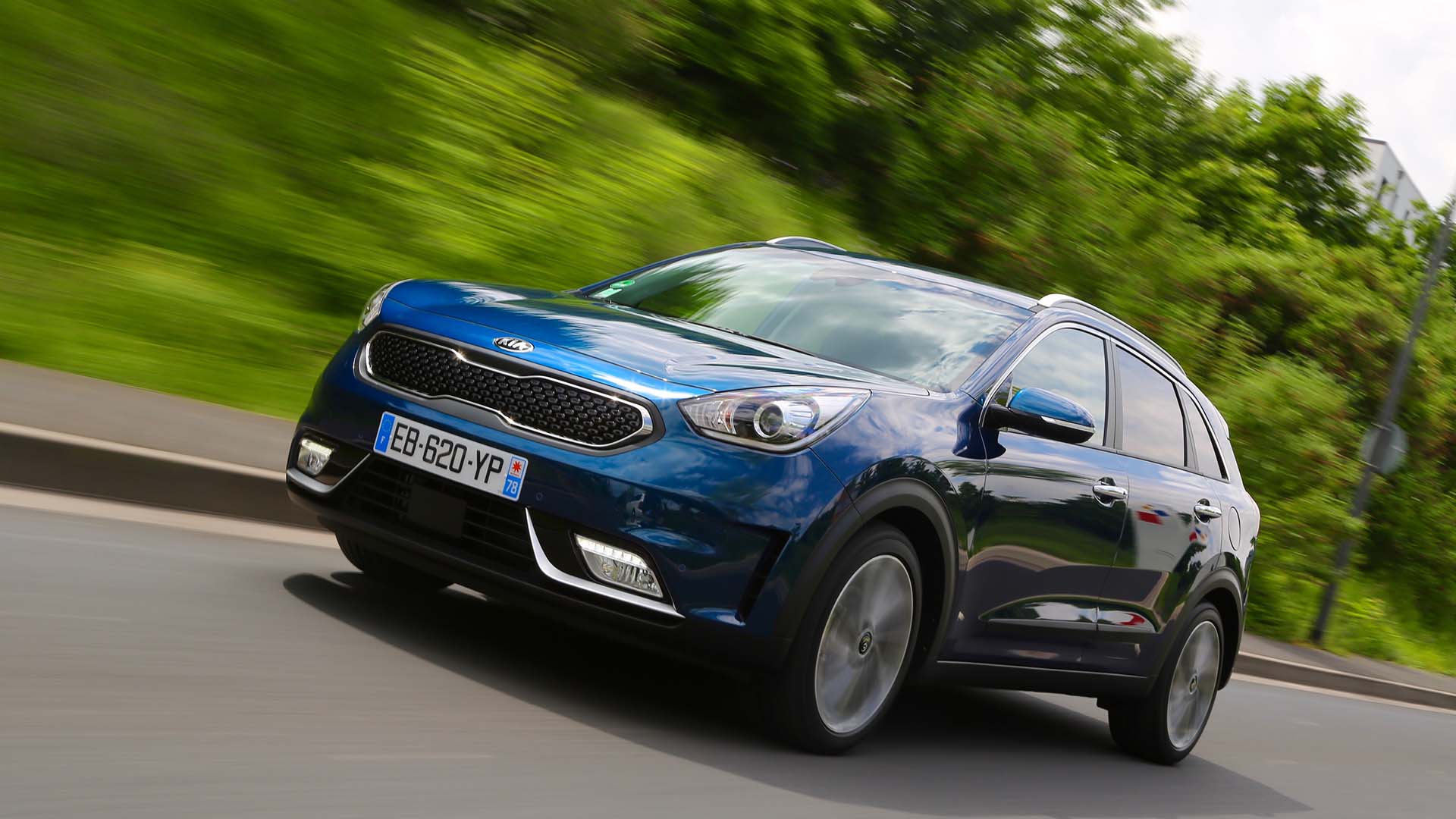 Kia offers a large range of cars with an increasing number of plug-in variants. You can buy plug-in hybrid versions of the XCeed, Ceed Sportwagon and Niro, plus all-electric versions of the Soul and Niro. They’re much needed, because CO2 emissions are up 0.2g/km. 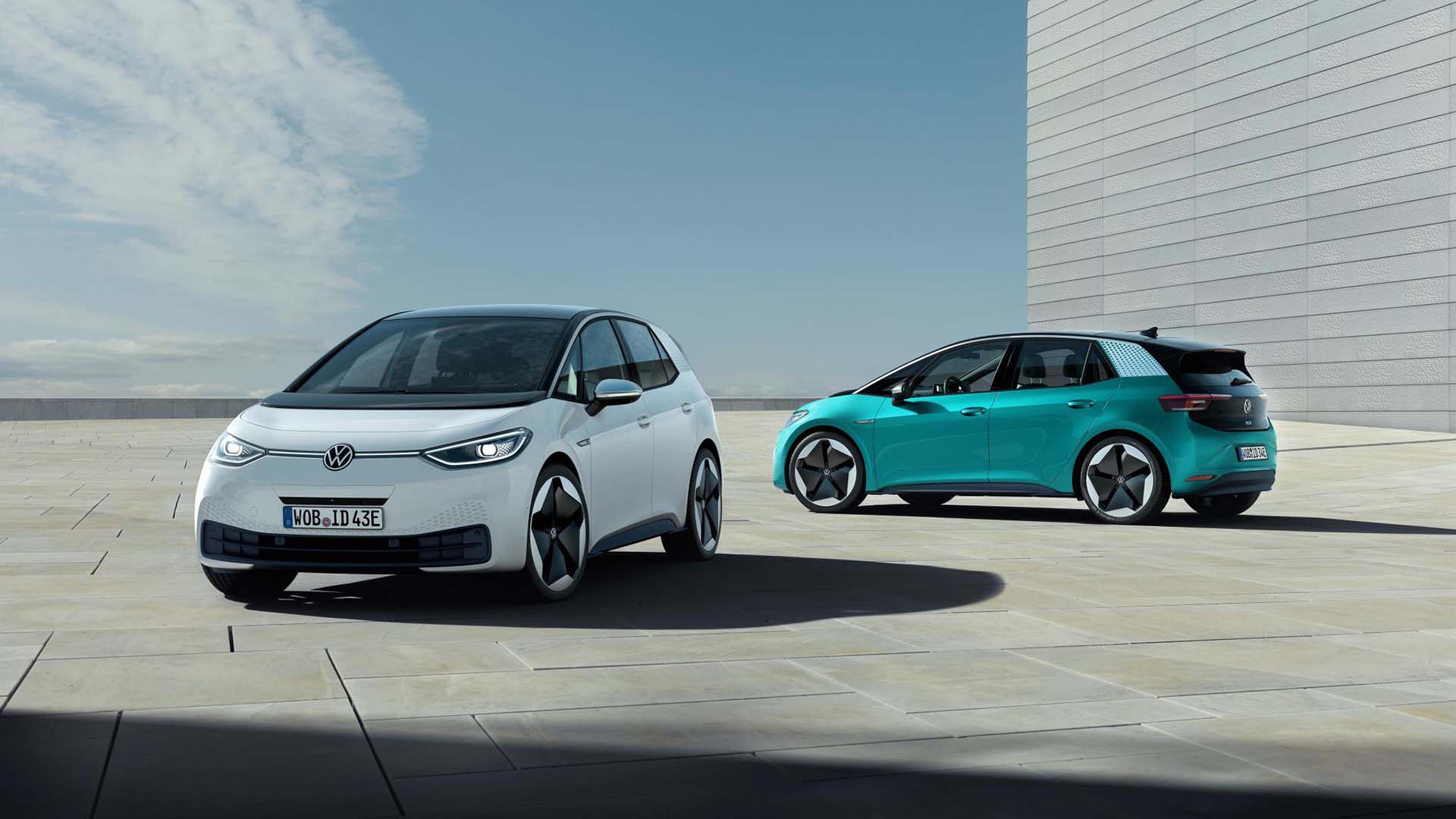 Although Volkswagen finished the year in ninth place, we’d expect the company to climb the table over the next couple of years. The ID.3 has the potential to thrust the EV into the mainstream and it will be followed by the ID.4 SUV. You can also buy an electric version of the Up, which is an affordable way to see if electric motoring works for you. CO2 emissions are up 2g/km. 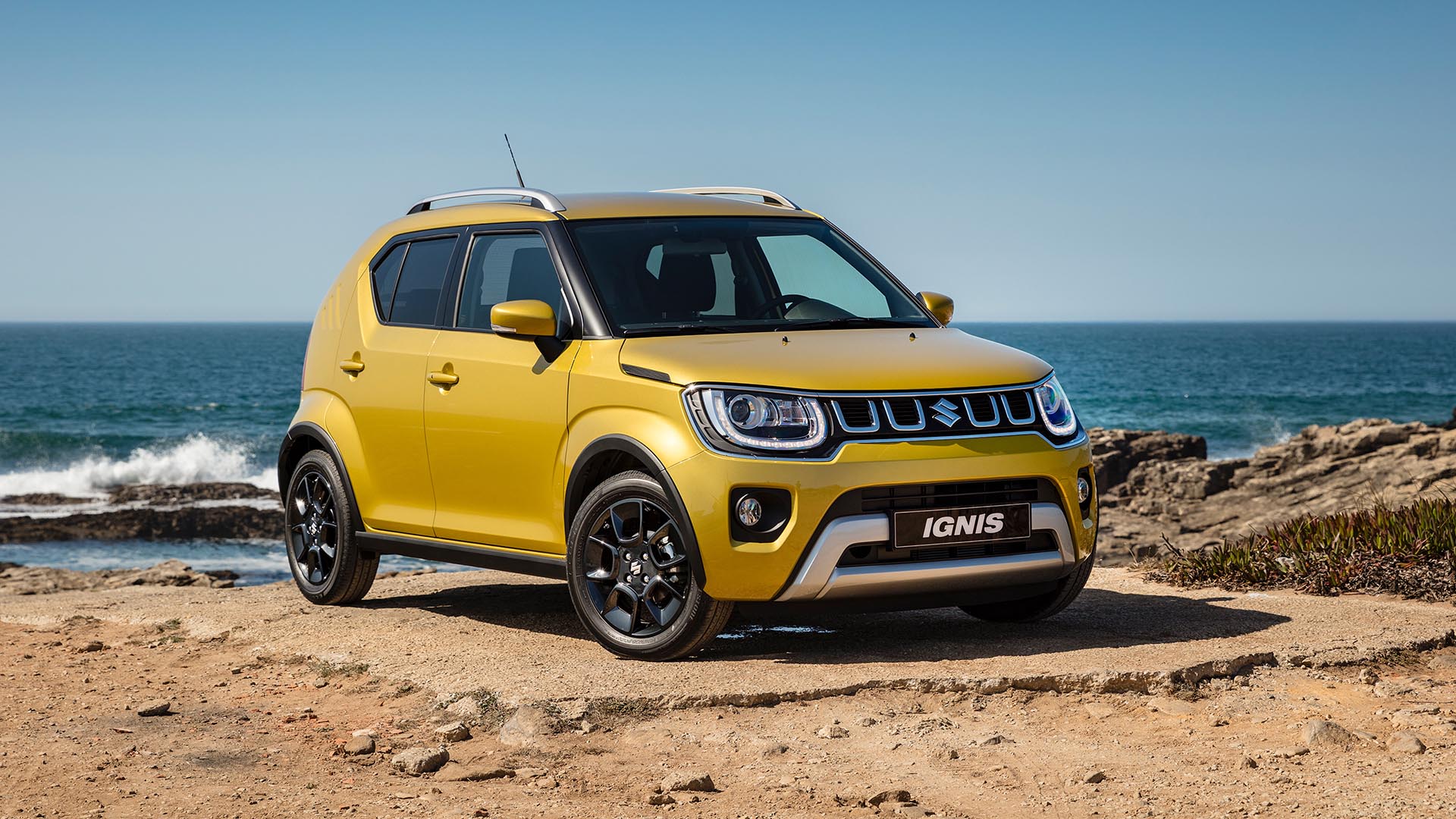 Thanks to EU regulations, each manufacturer must soon achieve an average of 95g/km CO2 across its entire range, which poses a problem for Suzuki. It’s why the Jimny, which emits at least 154g/km CO2, is under threat. A new Ignis is on the way, but although it will offer a slight improvement in emissions, it won’t be enough to offset the Jimny. Average CO2 emissions are up 6.3g/km. 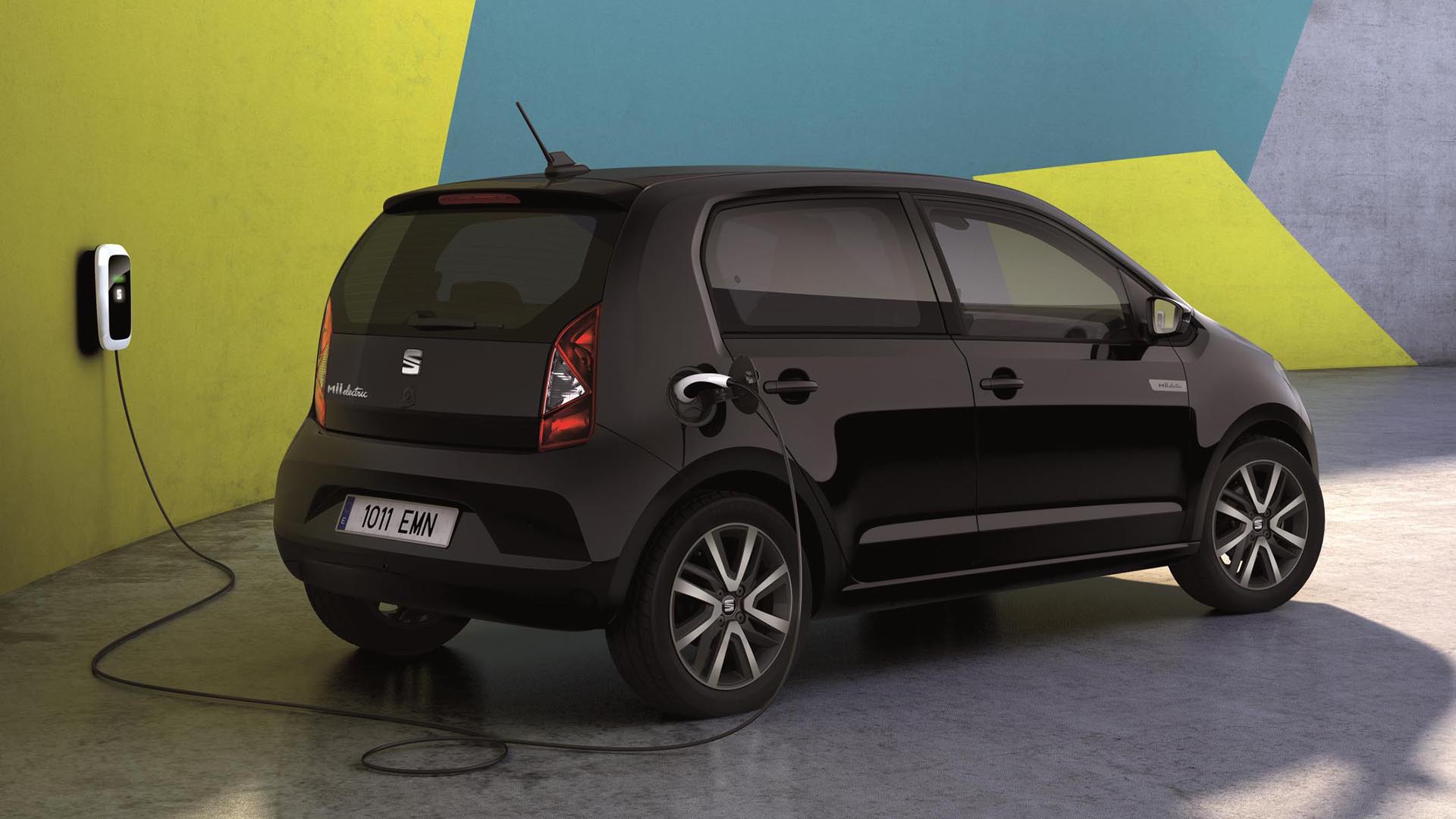 Seat is the first company on the list to break the 120g/km barrier. The Spanish arm of Volkswagen offers a range of excellent SUVs, and the success of these vehicles has resulted in a small increase in CO2 emissions. The launch of the Mii Electric will help, as will the new El-Born electric car. 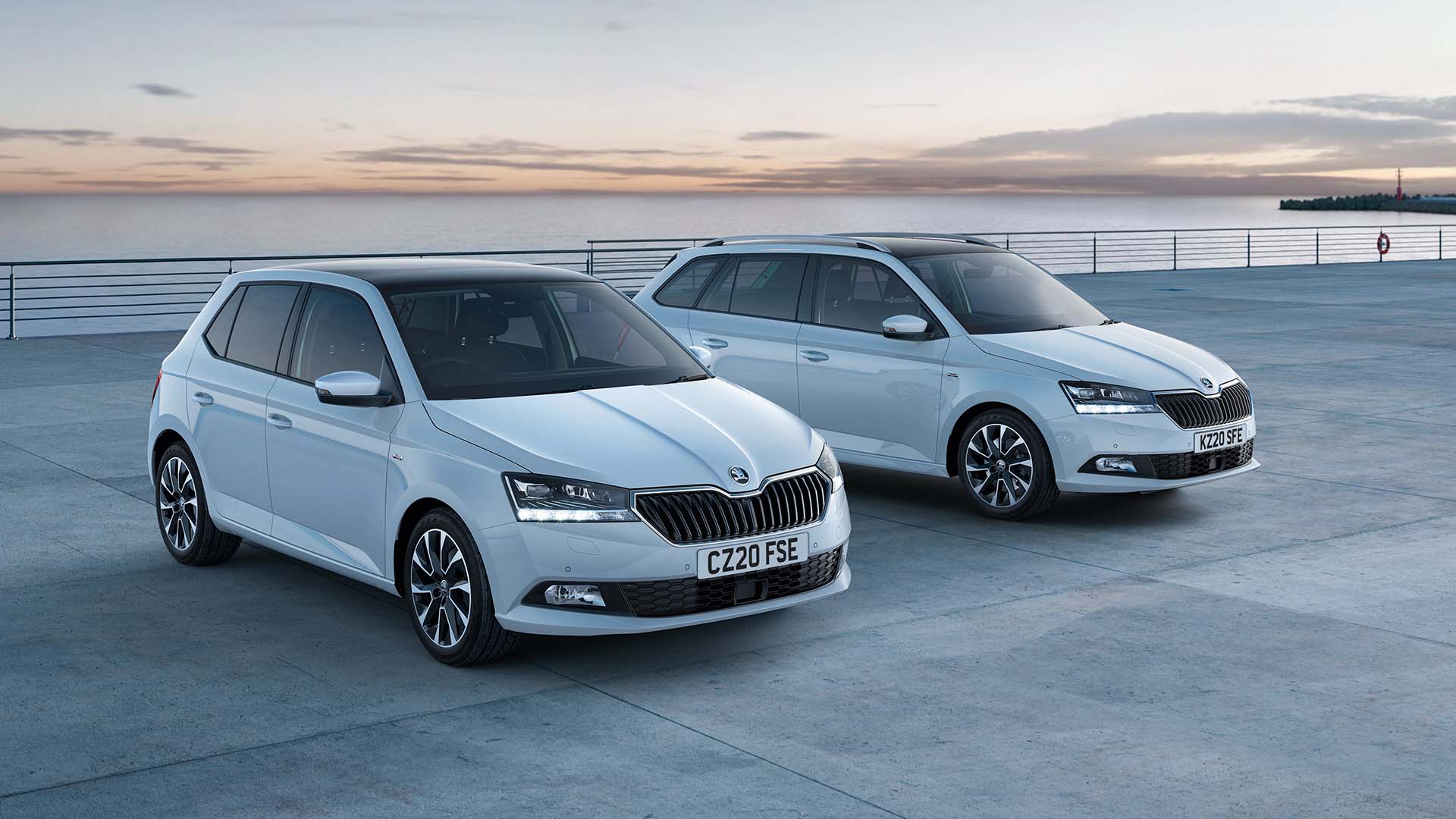 Figures from Jato Dynamics show that pure electric cars have a two percent market share in France – the highest share among the five major markets. The success of the Renault Zoe has helped, while the arrival of the Peugeot e-208 will push things to the next level. Felipe Munoz said: “Neither the Germans nor the Italians offer pure electric subcompacts within their product line up. These cars can make a huge difference to consumer attitudes.” 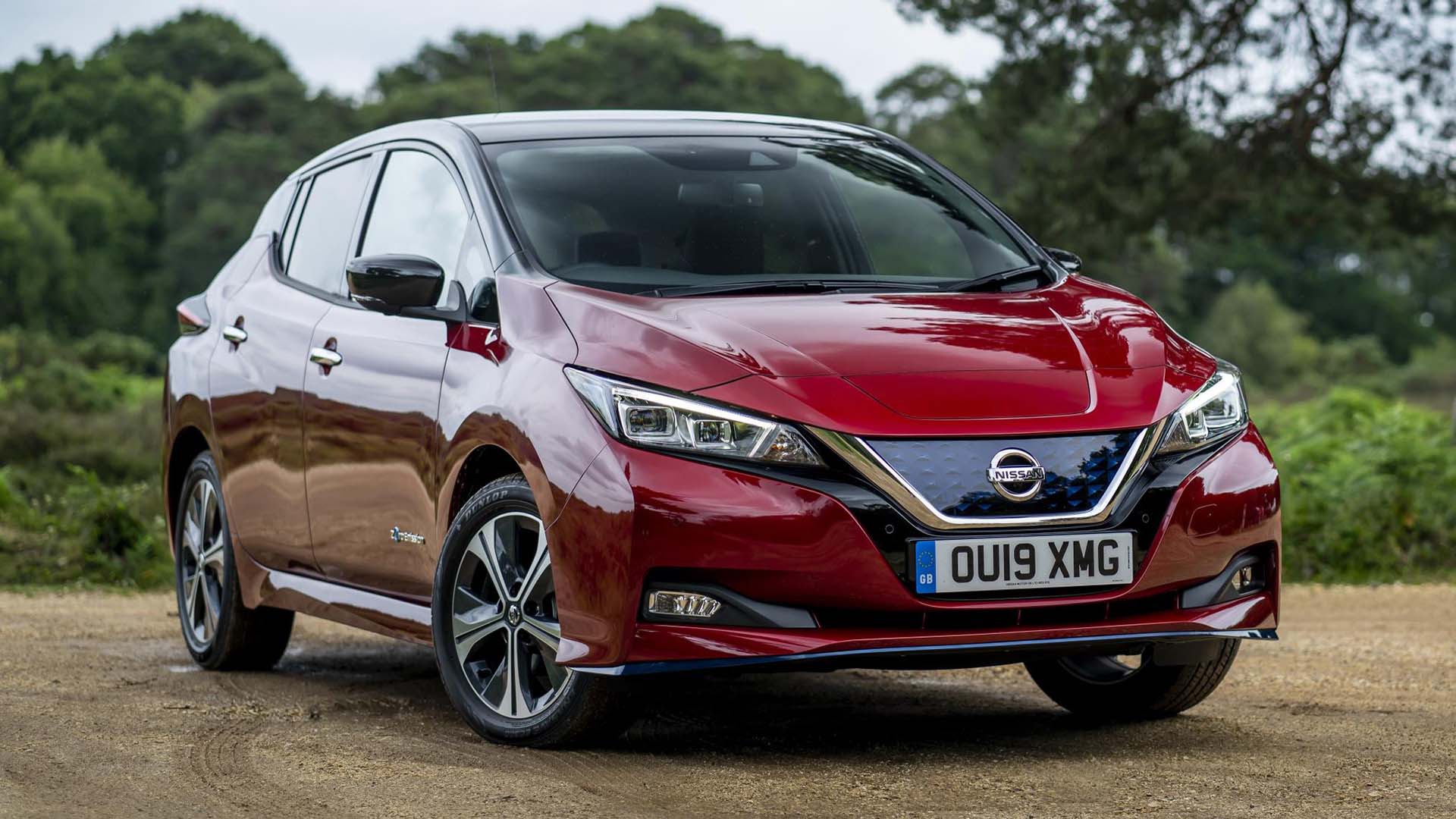 The CO2 emissions of the 370Z and GT-R are offset by the Leaf, Micra and Juke. It’s also fair to say that the Qashqai and X-Trail are efficient members of their respective classes. That said, CO2 emissions are up 1.4g/km.

It’s a similar story over at Renault, where CO2 emissions are up 3.4g/km. It just goes to prove that a Renault Zoe can only do so much, although an average of 113g/km is a good result for a volume brand. 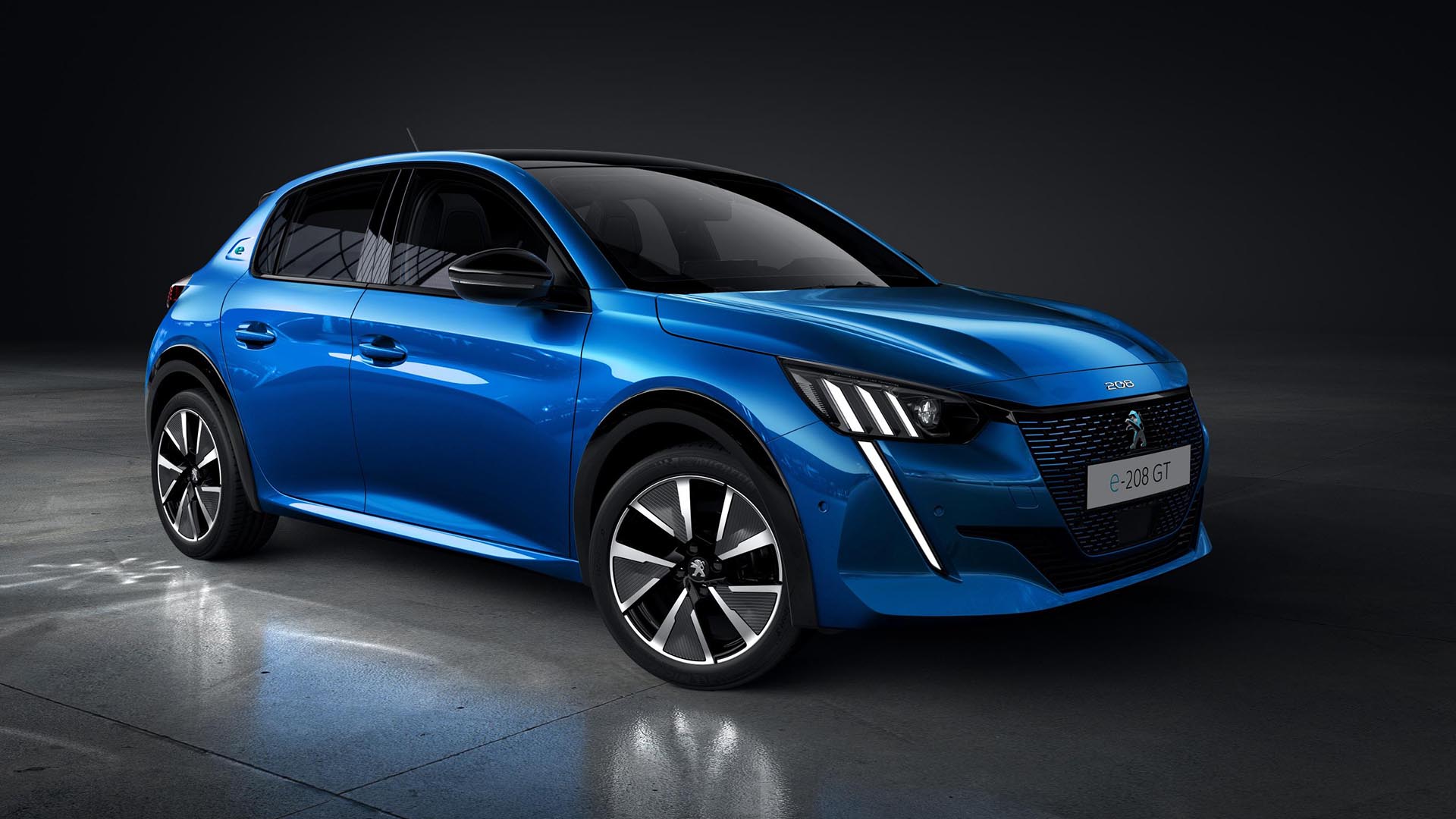 Peugeot’s CO2 figure is up 0.3g/km, but the arrival of the e-208 should help to reverse this in 2020. The company has also launched an electric version of its popular 2008 crossover, along with a hybrid version of the 508 executive car. 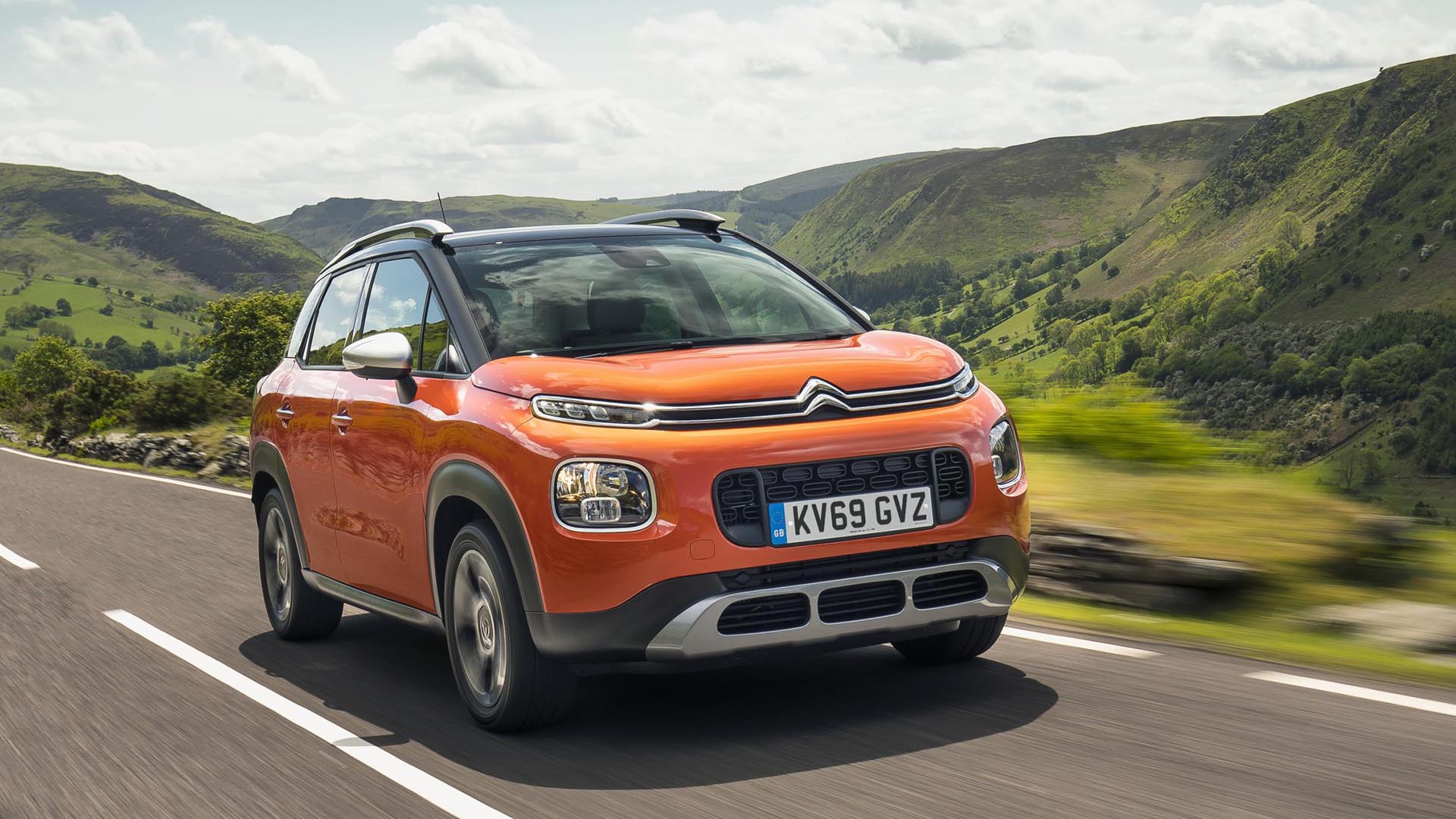 As pointed out by Jato Dynamics, the success of Citroen is noteworthy, as the 1.7g/km improvement was due to the efficiency of its petrol engines, rather than the adoption of electrified units. The C3 (-5.1g/km) and C3 Aircross (-4.5g/km) helped to offset the arrival of the C5 Aircross SUV. 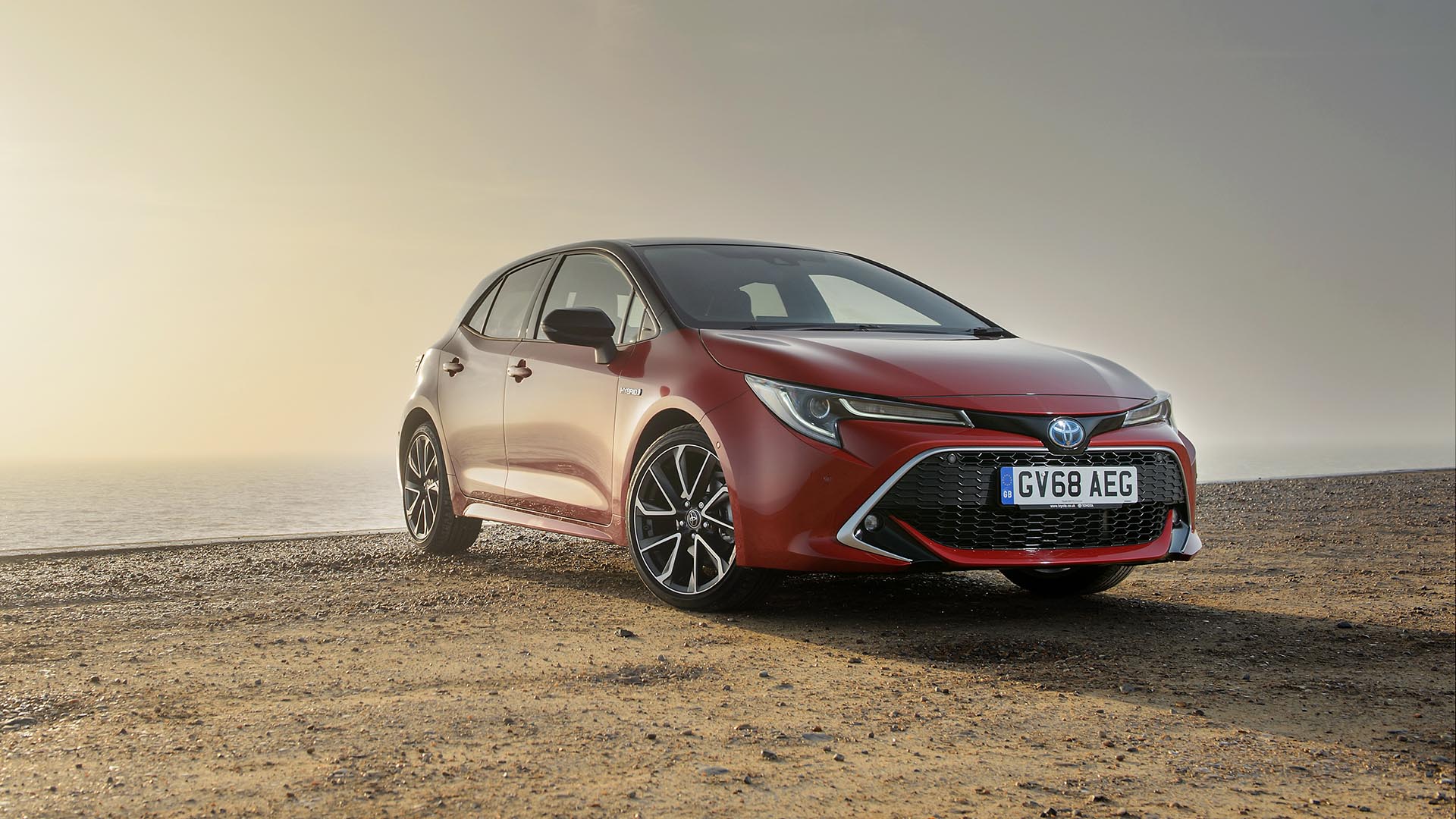 Toyota holds its position as the top 20 best-selling company with the lowest CO2 emissions in Europe. The average fell by 2.3g/km. Felipe Munoz said: “Toyota is a pertinent case, particularly considering they don’t offer pure electric cars but are still ahead of their European peers who still have more electrification plans than actual products”.