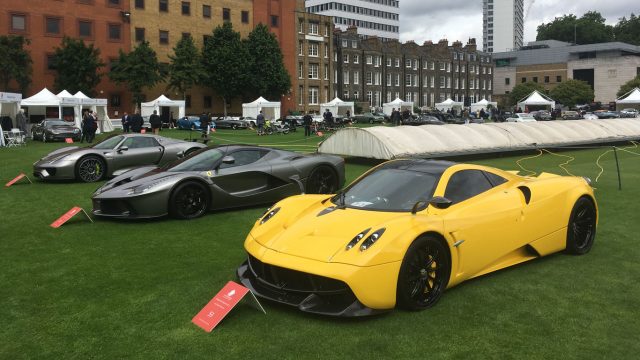 London’s new City Concours takes place on a five-acre lawn, hemmed in on all sides by towering offices in the heart of the Square Mile. Here, more than 100 hypercars, supercars, classic cars and racing cars gathered to be gawped at, photographed, polished and judged. Join us for a guided tour. 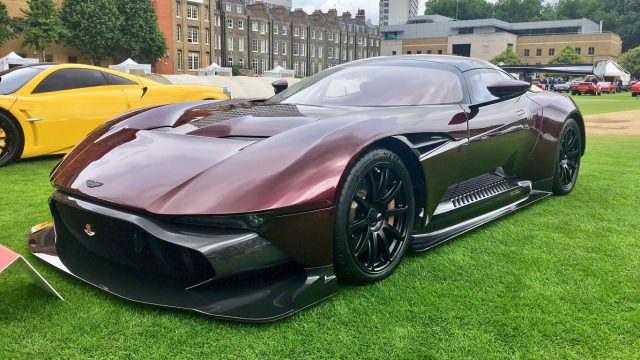 They don’t come any more ‘hyper’ than Aston Martin’s limited edition, track-only Vulcan. Boasting an 812hp V12, sequential gearbox, pushrod suspension and a front splitter that doubles as a lawn mower, only the brave – and wealthy – need apply. One problem: all 24 cars have already sold out. 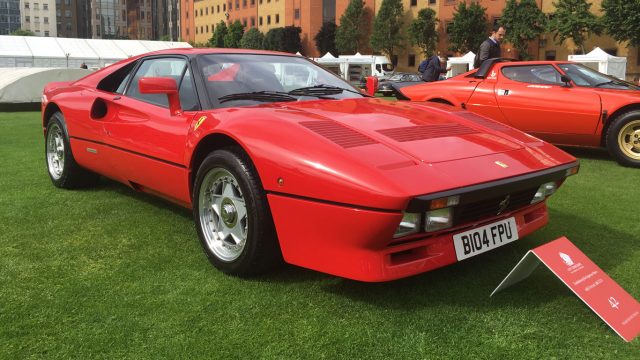 We’re suckers for any Rosso Corsa Ferrari, especially a 288 GTO. The 1984 Gran Turismo Omologato is a radically re-engineered 308 GTB, originally intended for Group B rallying. With a twin-turbocharged 400hp V8, it has a claimed top speed of 189mph. However, the Ferrari F40, launched in 1987, would go 11mph faster. 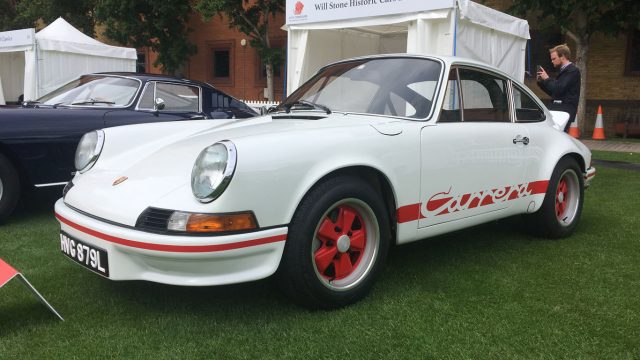 There were two RS 2.7s at City Concours, but this is the even rarer Lightweight version – one of 200 made. Porsche took weight-saving seriously, with thinner body panels and glass, and no rear seats, carpets or sound insulation. This rare-groove 911 even does without sunvisors or a glovebox lid. What do you expect for seven figures? 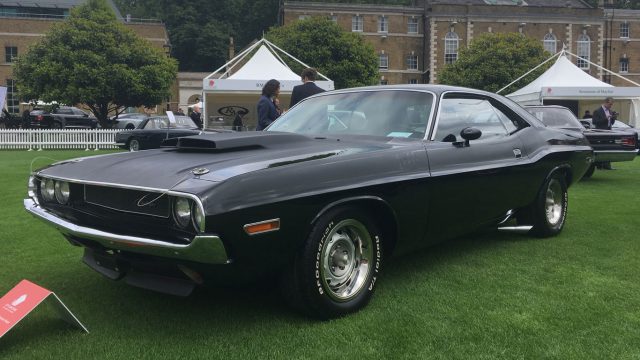 A display of classic American muscle cars made a welcome contrast to the array of European exotica. This tyre-smokin’ Dodge Challenger T/A 340 6-Pack was our favourite, with a Plymouth Barracuda and Chevrolet El Camino SS pick-up close behind. As film buffs will know, a white Challenger is the star of iconic road movie, Vanishing Point. 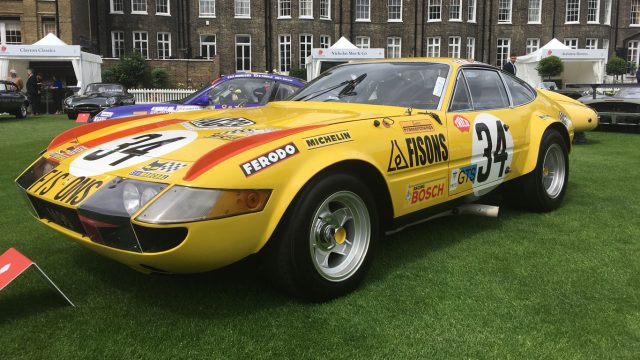 This, to give it its full title, is a Ferrari 365 GTB/4 Competizione Series 3. But we’ll just call it a Daytona. From its plexiglass headlight covers to its sawn-off side pipes, this harder, faster Ferrari screams retro cool. The Competizione was a success in motorsport, too, finishing fifth at Le Mans and second in the Daytona 24-hour race. 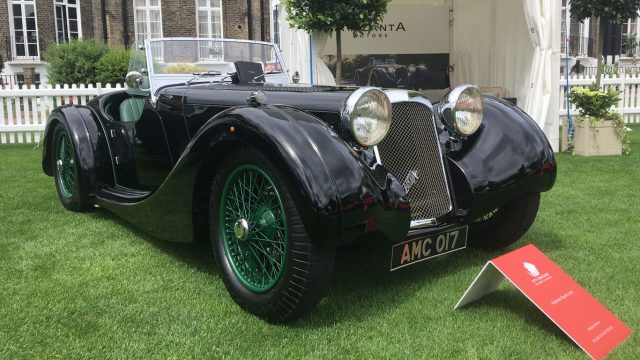 We recently drove this very Atalanta roadster and enjoyed it immensely. The car is a recreation of Atalanta’s 1930s Le Mans racer, with remarkably few concessions to modernity. Power comes from a 2.5-litre Ford engine developing ‘around 200hp’ and breathing through a rorty, side-exit exhaust. Only one car will be hand-built each month, priced at £150,000. 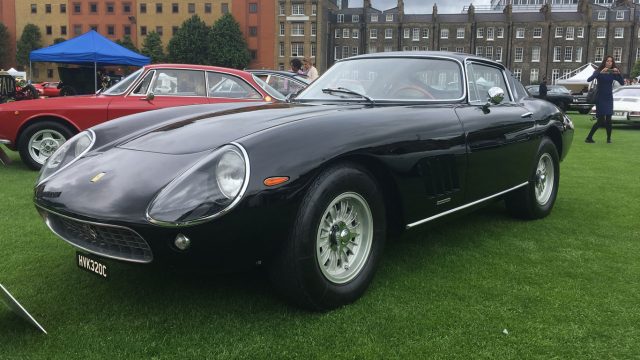 Few Ferraris are prettier than the 275 GTB, and this early ‘short nose’ car looks particularly delectable. The 275 used a 3.3-litre version of the venerable ‘Columbo’ V12, which developed 280-330hp here (depending on spec). Buyers could choose from three or six carburettors, plus steel or alloy bodywork. A limited-run convertible version, the 275 NART Spider, was sold at auction for around $18million. 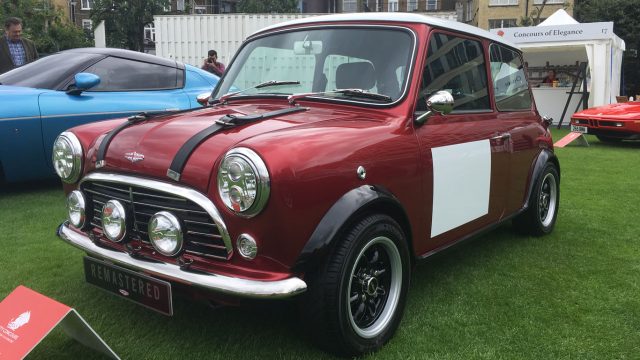 Ironically, it was BMW’s retro-remake MINI that opened up the market for posh city cars. Now, Silverstone-based David Brown Automotive is following suit with ‘Mini Remastered’ – a modernised version of the Issigonis original with lots of bespoke options and a price tag that starts from £50k. We’ll stick with a classic Cooper, thanks. 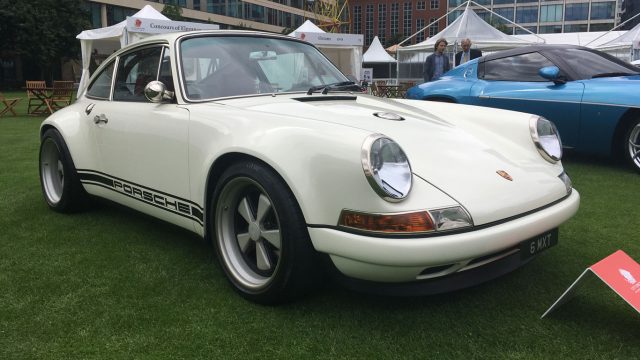 Speaking of modernised classics, here’s the sublime Singer 911. Based on the 964-era Porsche 911, each car is built to order – the only limit is your budget. Flat-six engines are rebuilt by Cosworth in the US, with outputs from 300hp to 425hp. With prices for classic Porsches spiralling into the stratosphere, could this be the ultimate big-budget 911? 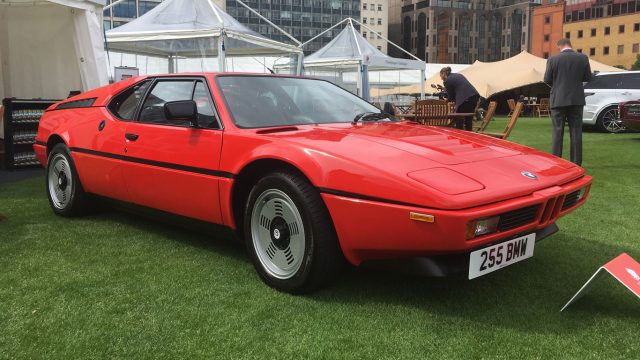 This fabulous BMW M1 was a strong contender for our favourite car at City Concours. It also wins the ‘coolest alloy wheels’ prize hands-down. In fact, the M1 was a failure when new, with a torturous gestation (including a fall-out between BMW and Lamborghini) and just 457 made. Today, it’s a sought-after classic and rightly recognised as one of the great 1970s supercars. 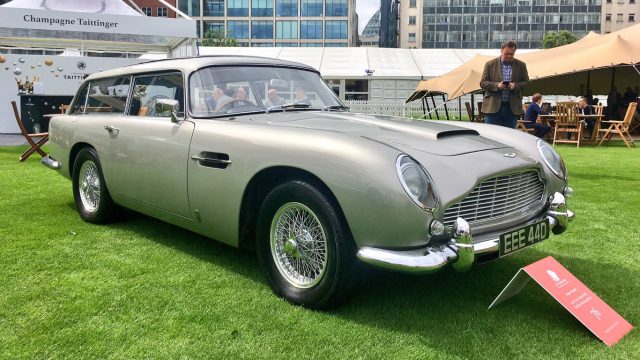 What does James Bond drive after he’s hung up his Walther PPK, swapped the Martini for decaf tea and bought a labrador? The answer, as if you didn’t already already know, is the Aston Martin DB5 Radford Shooting Brake – a stylish three-door estate with a top speed of 150mph. Only 12 were made, although Radford went on to build six DB6 Shooting Brakes. 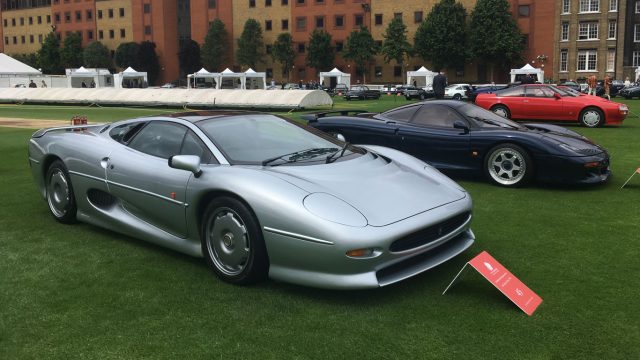 Another British hero, although the XJ220 has always played the plucky underdog thanks to its turbocharged V6 engine. When first shown, it had a full-fat V12 and four-wheel drive, but cost/engineering issues meant the production version borrowed its 3.5-litre V6 from the Metro 6R4, with rear-wheel drive only – and without the active aerodynamics and rear-wheel steering of the concept. No matter, it’s still a traffic-stopping 212mph supercar. 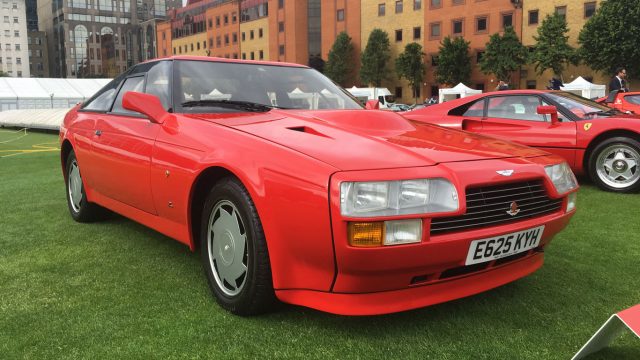 Love it or hate it, Italian styling house Zagato’s angular take on the Aston Martin V8 is certainly… different. Thanks to light alloy bodywork – and the small matter of a 430hp 5.3-litre V8 – the Zagato could reach 186mph. Just 52 coupes and 37 convertibles were made between 1986 and 1990. Oh, and for the record, we love it. 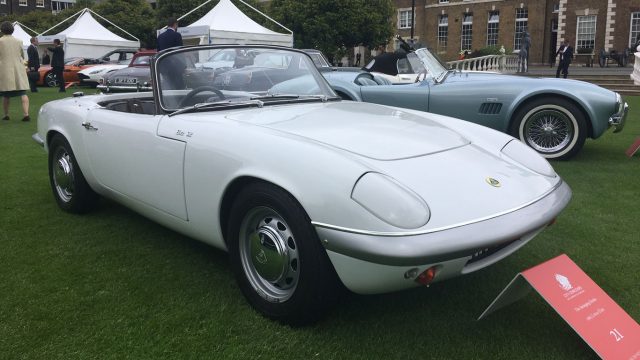 Mega-horsepower hypercars are all very well, but all you really need to achieve automotive nirvana is a Lotus Elan. The diminutive British roadster is powered by a peppy 1.6-litre engine and weighs just 726kg. To put that into perspective, a new Ford Fiesta is around 1,100kg. Decades later the Elan became the inspiration for the original Mazda MX-5.