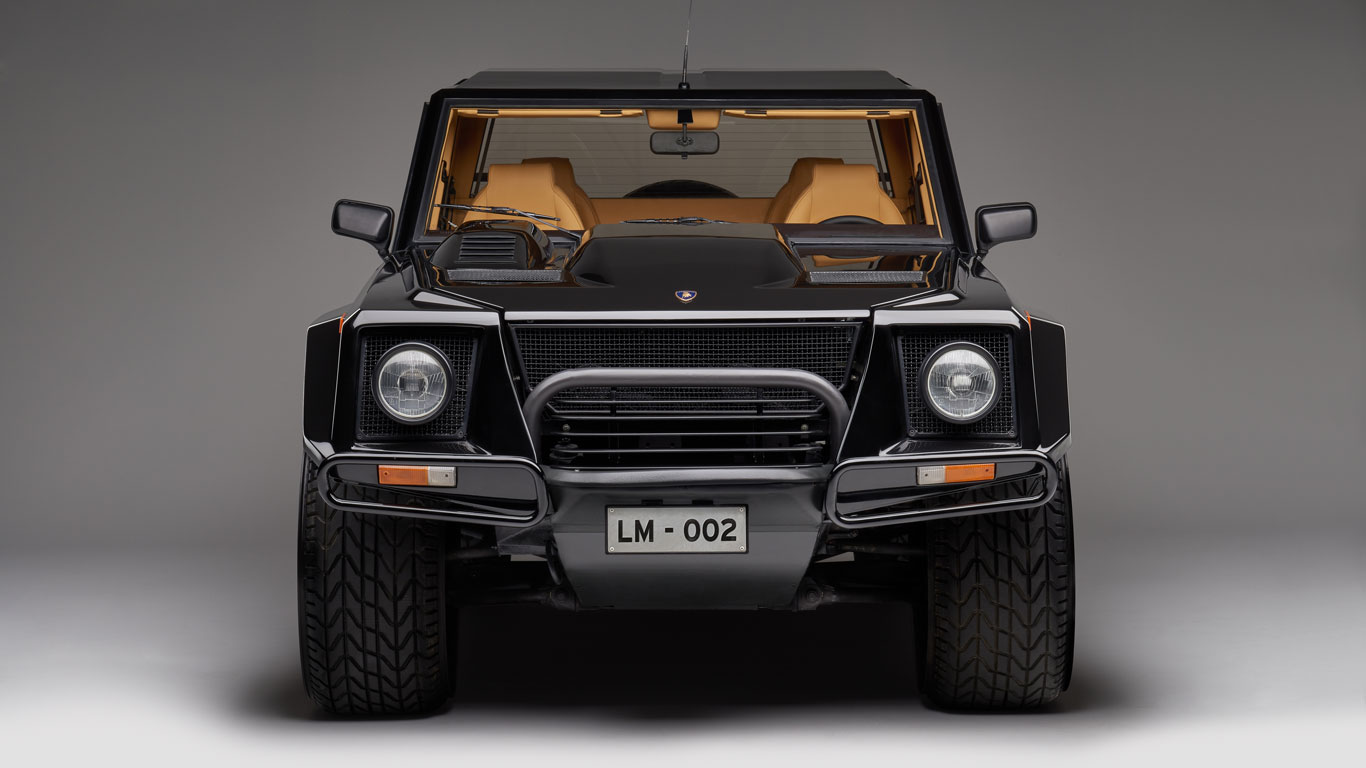 Just occasionally, a car manufacturer will wander off-piste, surprising the world with something a little unexpected. Like turning up at a goth festival dressed as Hello Kitty. OK, so maybe not that leftfield, but here are some examples of cars built when a manufacturer wandered down an untrodden path. 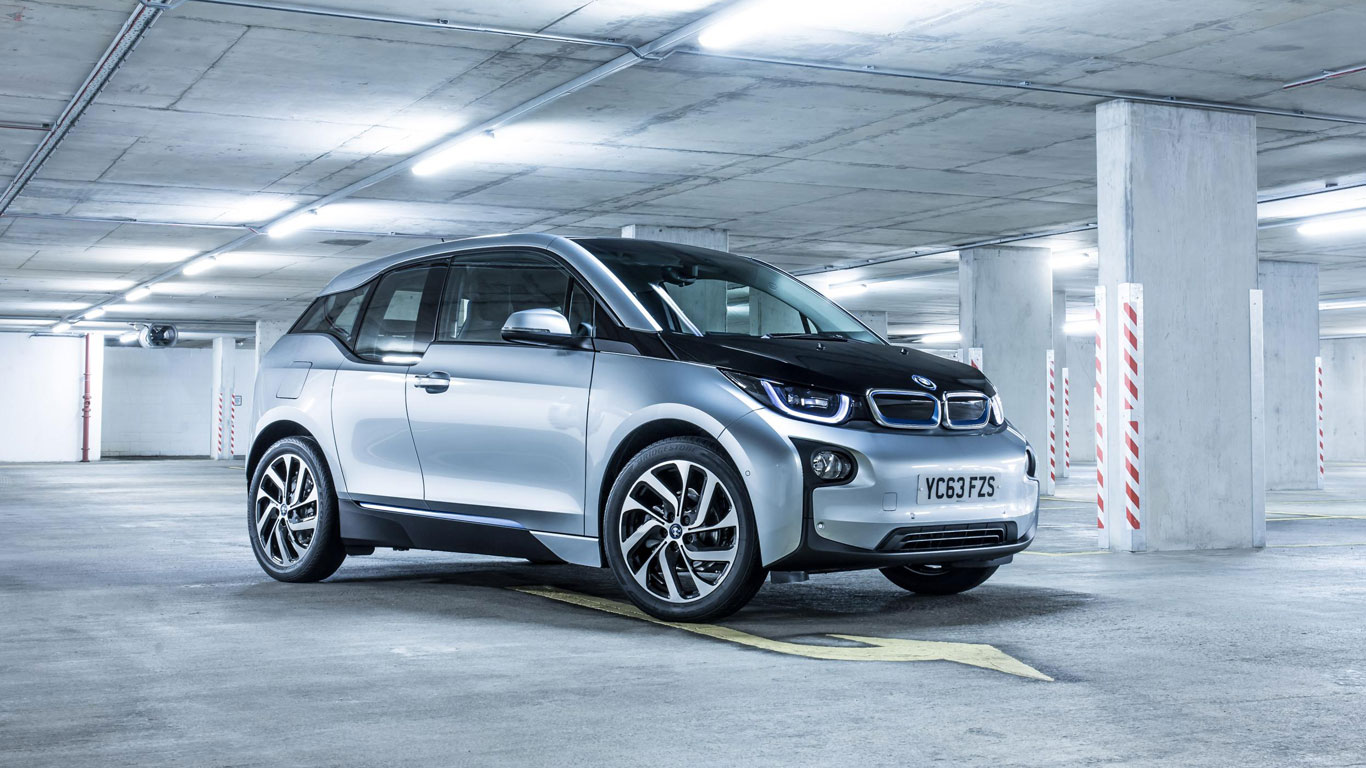 The i3 wasn’t BMW’s first electric car – that accolade belongs to the 1602e of 1972 – but it was the company’s first production EV. It looked quite unlike anything like BMW had built before, while bringing a new breed of premium buyers to the electric car segment. For BMW purists, it seemed to fly in the face of the ‘ultimate driving machine’ proposition, but a near 50:50 weight distribution, rear-wheel drive and whippet-like off-the-line pace meant that it was more on-brand than it first appeared. A few years later, BMW ventured even further off the beaten track, when it launched its first front-wheel-drive car. But we’re not including the 2 Series Active Tourer, because while it might be leftfield (for BMW), it’s not what you’d call cool. 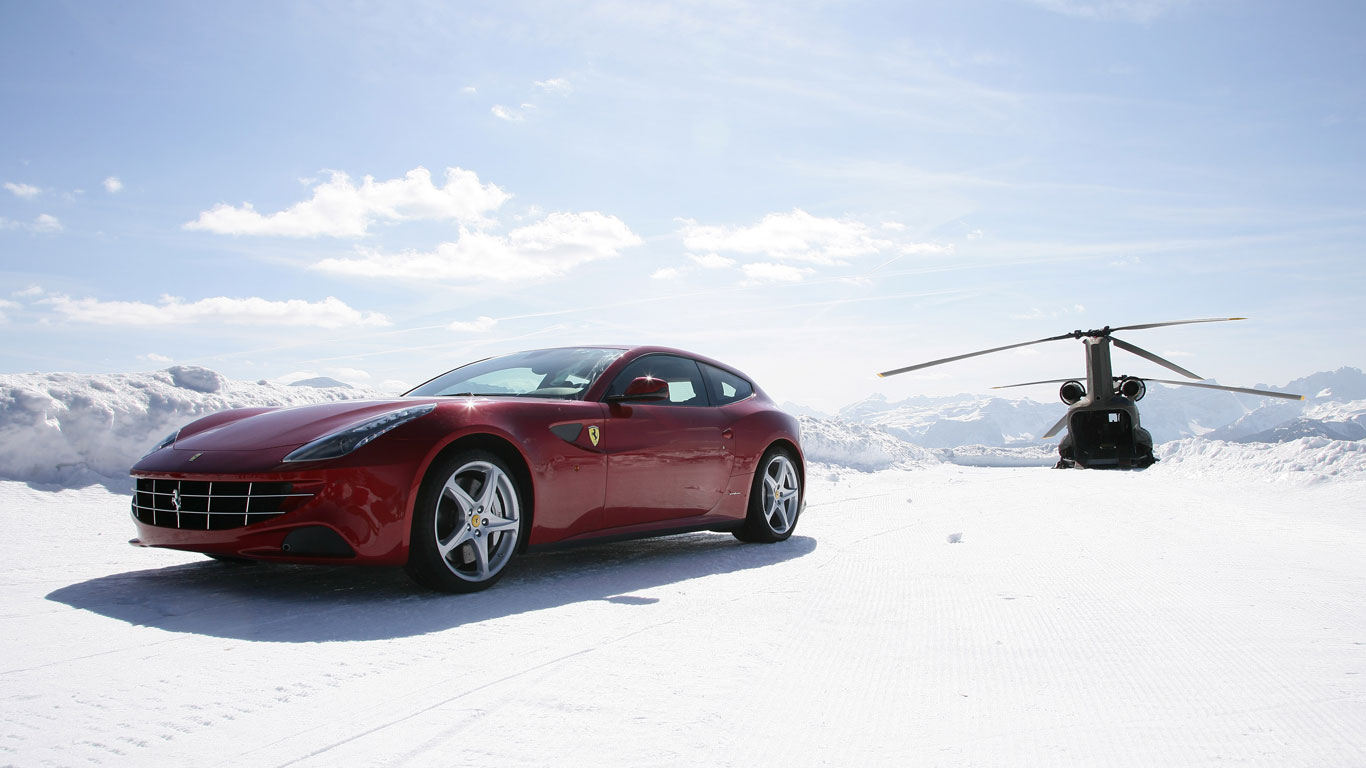 FF – Ferrari Four. Four, as in four seats. But, more importantly, four, as in four-wheel drive. This was Ferrari’s first foray into the world of four-wheel drive, with a car that offered space for four people and their luggage, and enough power to get to the top of a ski slope before those who took the plane had collected their oversized baggage from the airport carousel. The FF was also the first and only V12 supercar to sport a seven-speed dual clutch F1 transmission. Seven years on from its launch, it looks and feels less radical, but at the time it caused quite a stir. 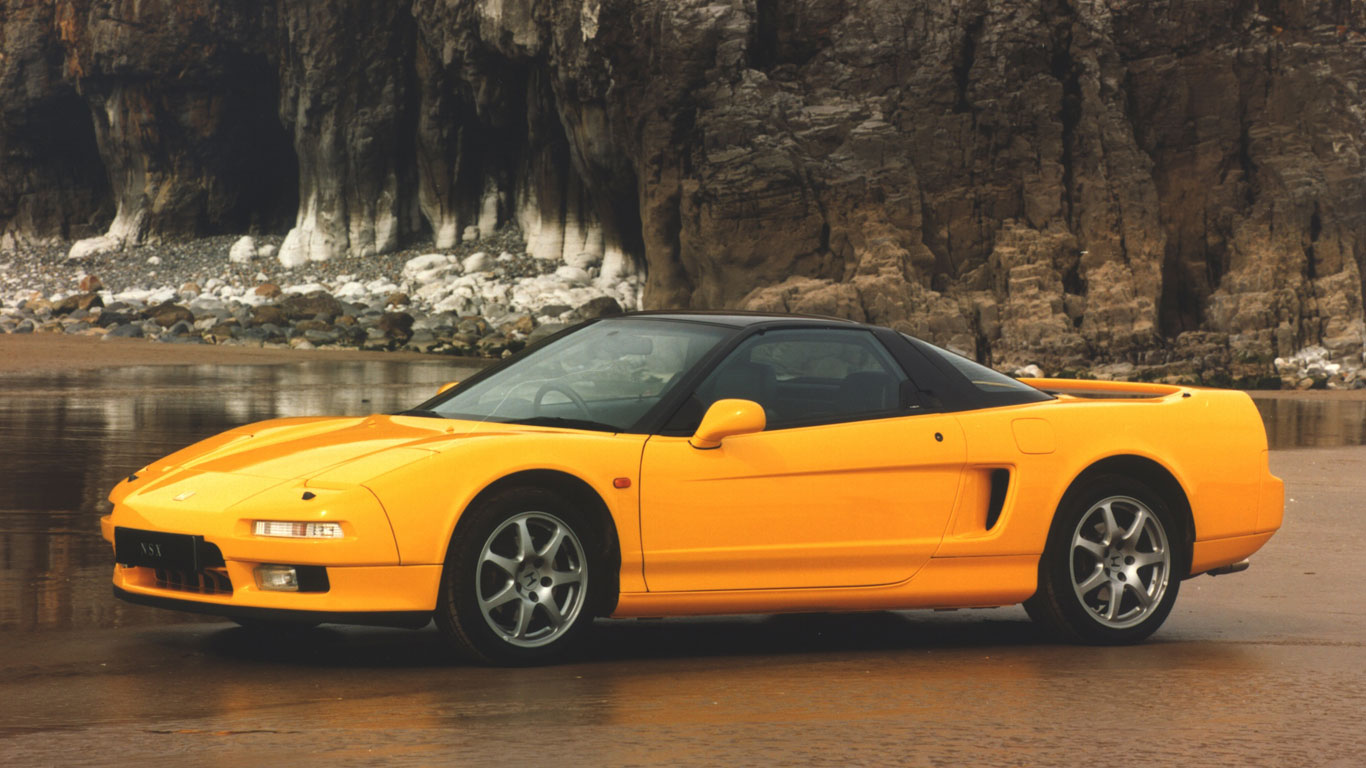 Honda didn’t build supercars. Honda built small cars, hatchbacks and saloons. So, in 1990, the arrival of the NSX was a little like turning up at the station to catch the 8.20 stopping service to Waterloo only to find the Japanese bullet train waiting at the platform. Sure, in typical Honda fashion, the NSX was a useable, everyday supercar – with touch of Ayrton Senna for good measure – but it allowed a brand most famous for the Civic and Accord to rub shoulders with the supercar elite. 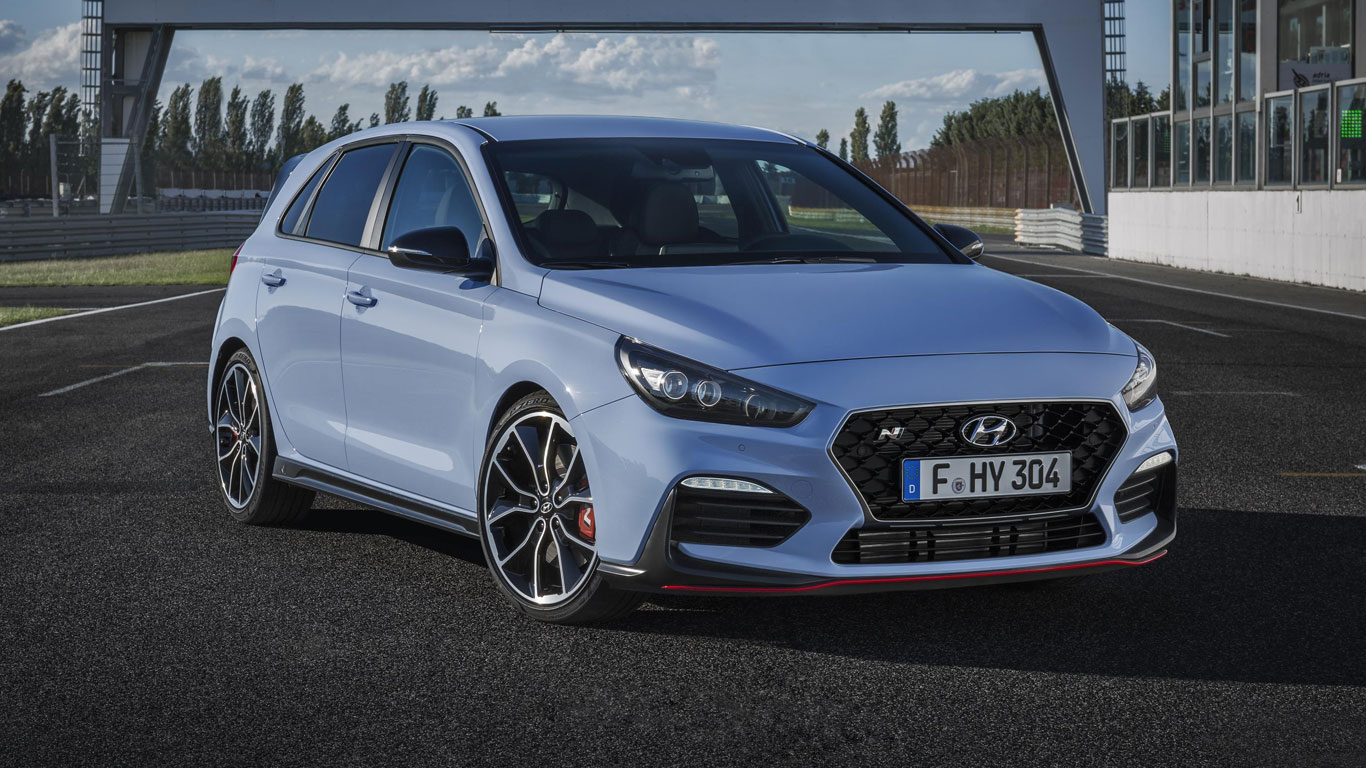 To the average car enthusiast, looking at a Hyundai is akin to spending a couple of hours at a soulless retail park perusing washing machines. You buy a Hyundai because you like peace of mind, long warranties, beige slacks and Simply Red. Or least, you did. The Hyundai i30N is like a washing machine on a fast spin cycle with only one thing on its mind: messing with the hot hatch establishment. No amount of Persil Non-Bio is going to clean up its act. The dirty little hooligan. 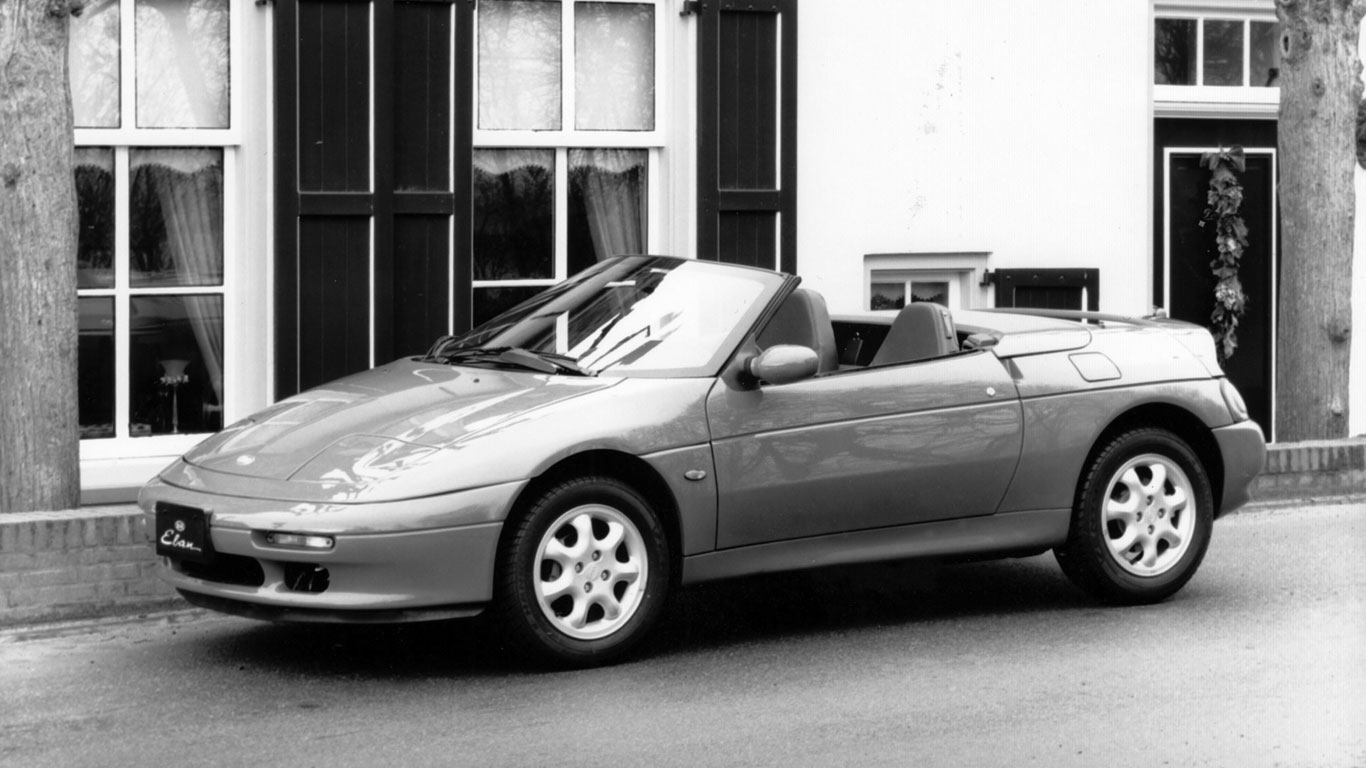 In 1995, Kia added the Sportage to its UK range, with the value-driven compact SUV sharing showroom space with the Pride and Mentor. A trio of worthy cars, if totally devoid of excitement and thrills. Which kind of makes the Kia Elan – a badge-engineered version of the Lotus with the same name – stand out as being a little leftfield. As indeed was the idea of a front-wheel-drive Lotus. 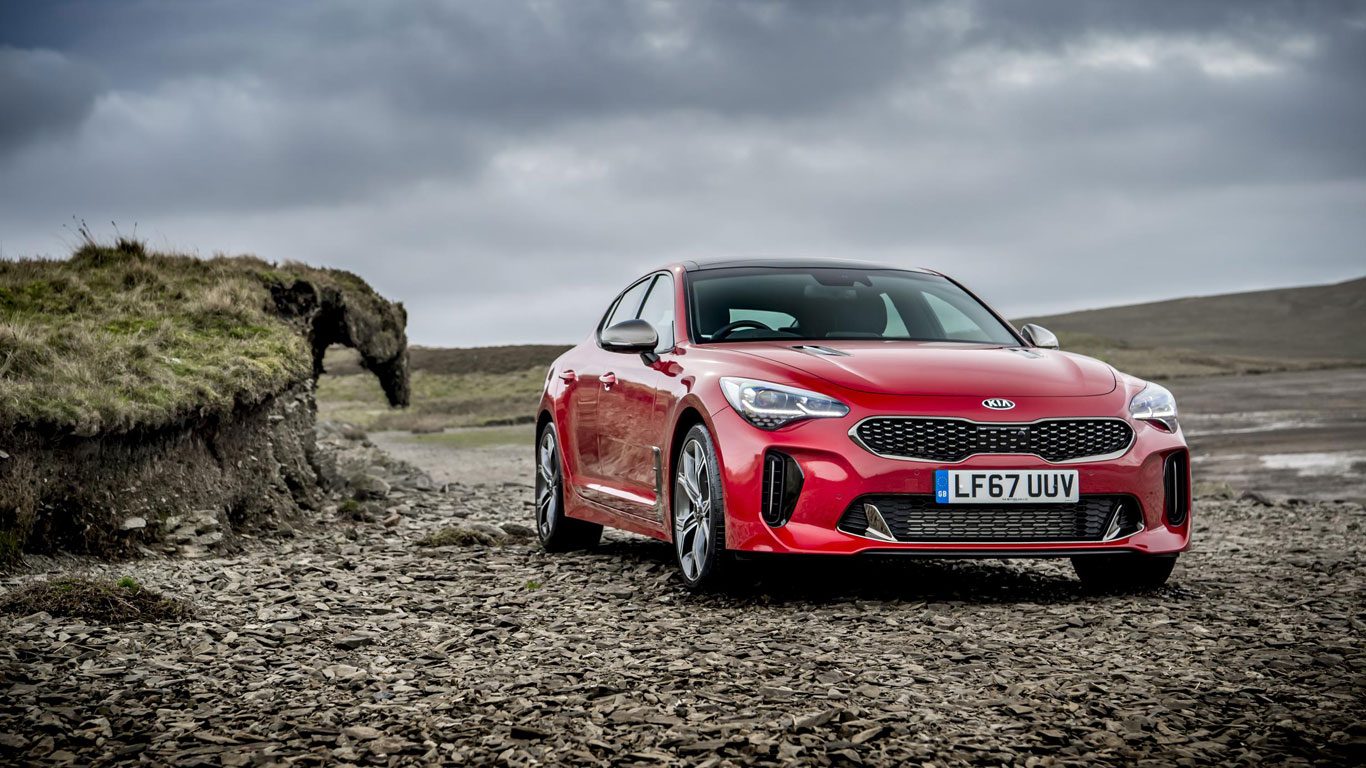 In truth, the Kia Elan was little more than an end-of-season repackaging deal, but the Stinger is a rather different proposition. Kia’s growth has mirrored that of the budget supermarkets, stealing sales from the established giants and winning a legion of loyal fans. Which is great, but it’s not what you’d call sexy. Which is where the Stinger GT-S comes in, with its fancy key, brutish styling, rear-wheel-drive joy and missile-like pace. It is, quite frankly, the most exciting seven-year warranty in the world. 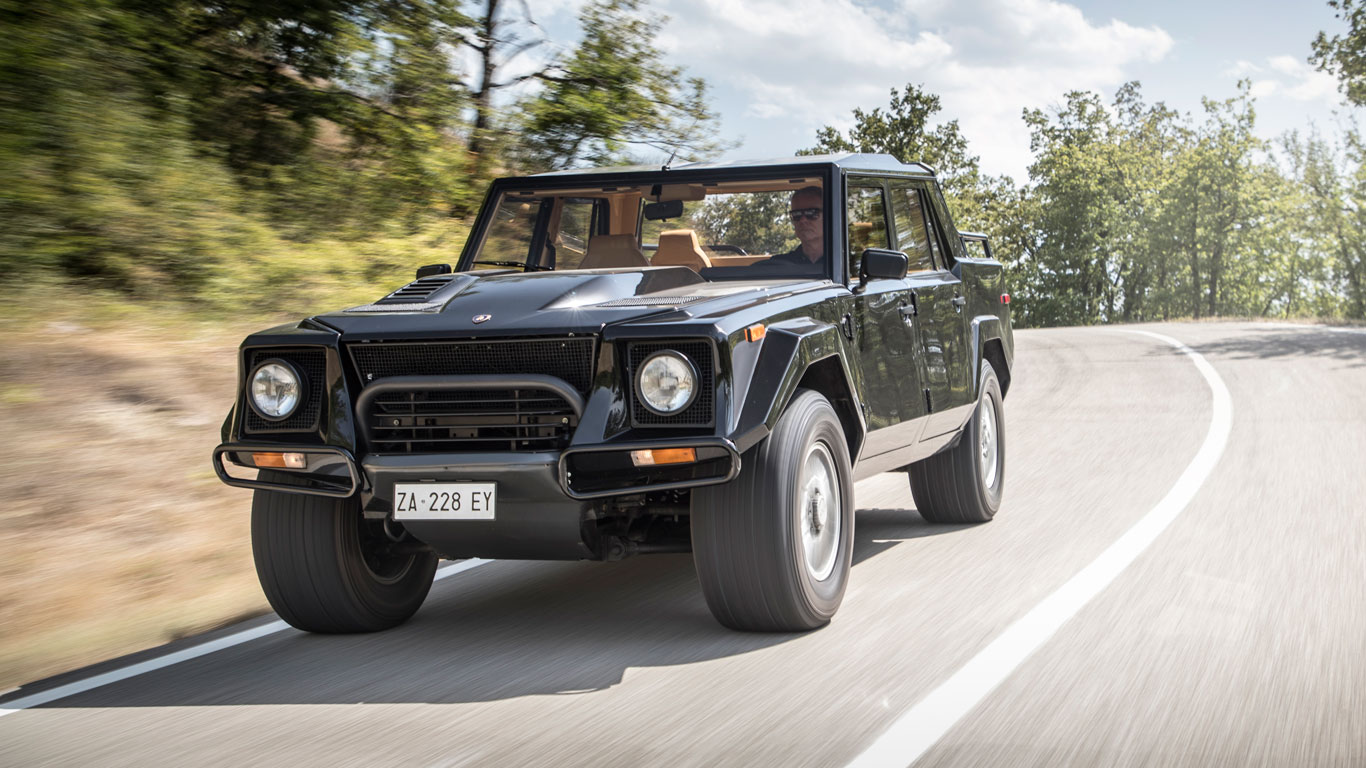 The Urus: Lamborghini’s first SUV. Yeah, whatever. The LM002 was devouring sand dunes and lining the pockets of Middle Eastern oil companies a full generation before the Urus was exciting YouTubers and Instagrammers. The V12 engine at least gave it a whiff of supercar, but the ‘Rambo Lambo’ stood out from the rest of the Lamborghini range like a… well, like an LM002 parked in a field of Countaches. 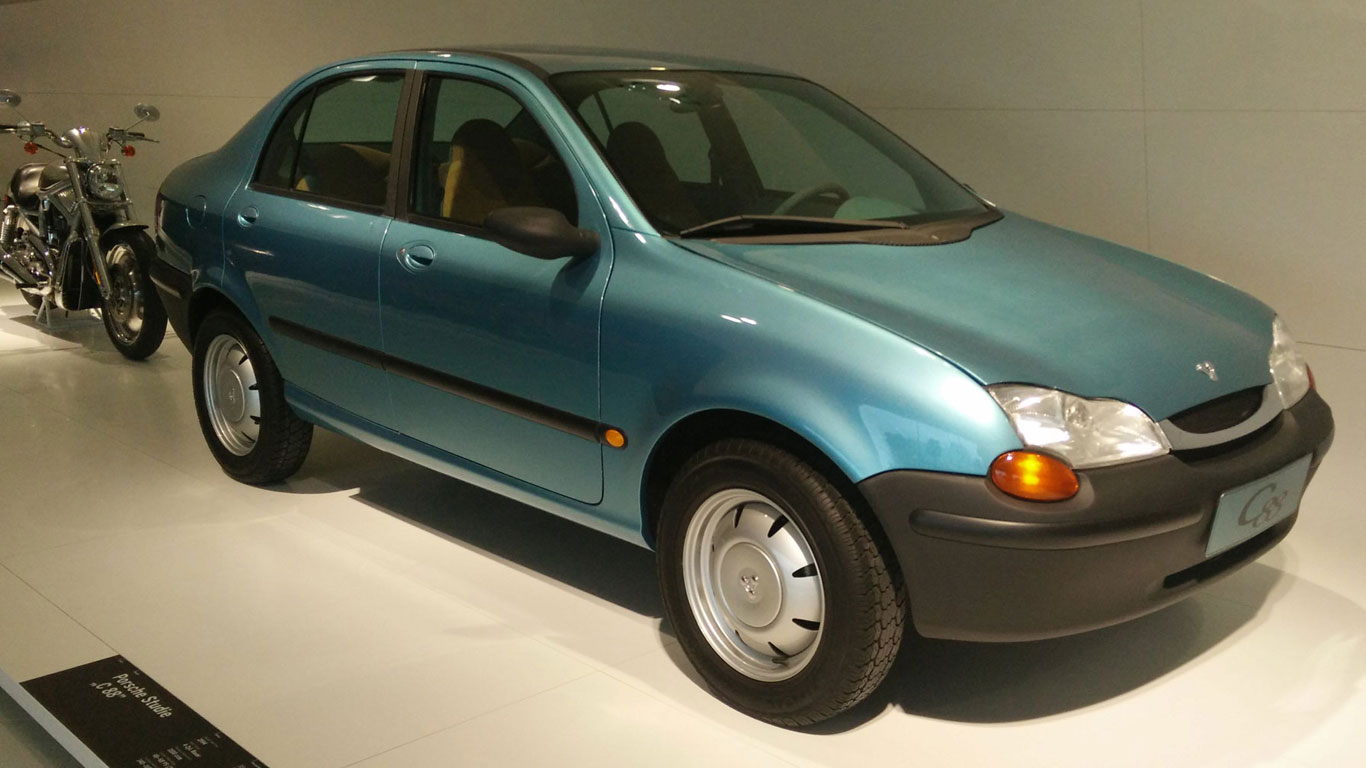 Looking more like a mid-90s Daewoo, the C88 was actually built by Porsche in response to a brief from the Chinese government. Twenty car manufacturers were invited to submit their ideas for the China Family Car Project, which was focused on the design of a cheap, five-seater family car for the Chinese market. Although the C88 did not feature any references to Porsche, it was very much an in-house job. Sadly, when China cancelled the project, Porsche was left with a design for a car that was rather off-brand. Having no success selling it to Indian car manufacturers, the C88 was consigned to seeing out its days in the Porsche Museum. 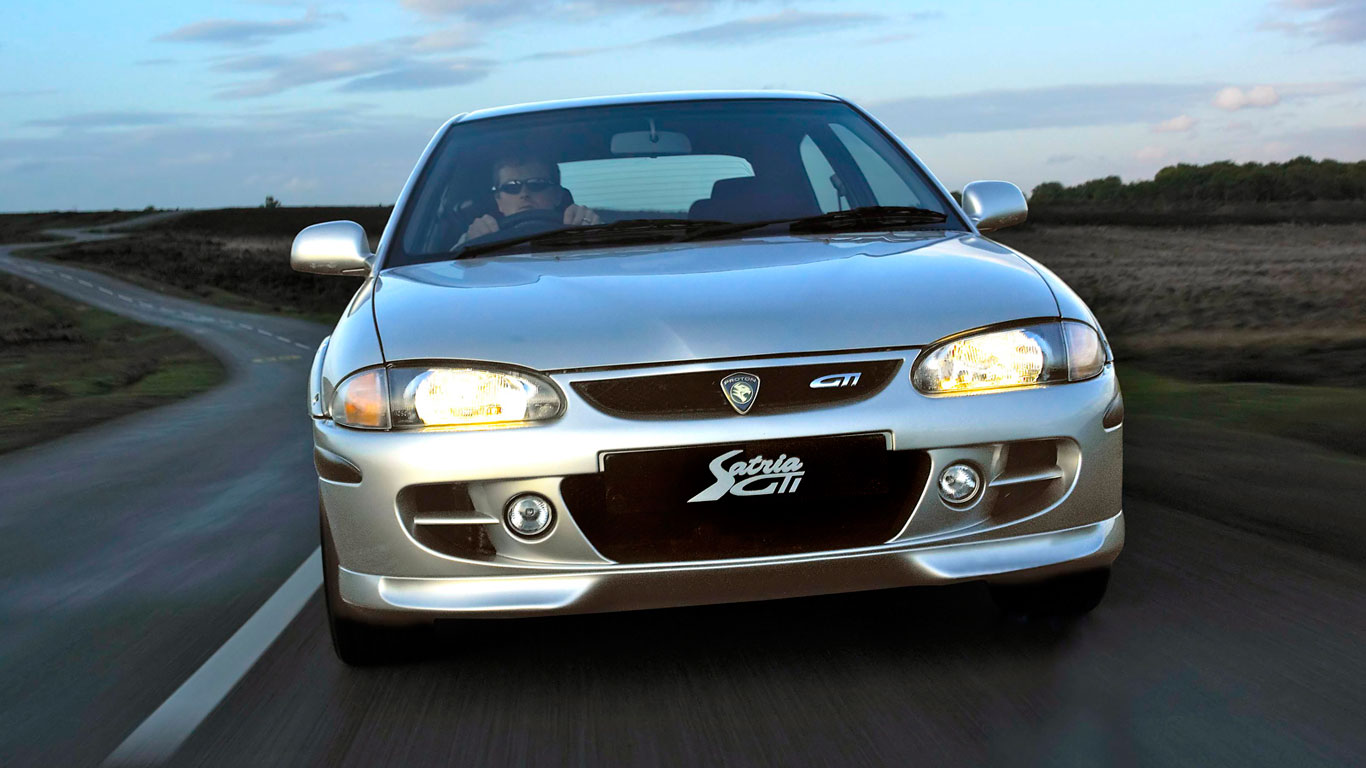 For most Proton owners, a trip to Norfolk meant the coast at Cromer, tea from a Thermos flask and a late lunch in the garden centre on the way home. Not in the case of the Satria GTI, which went via Hethel, stopped off at Lotus for some suspension wizardry and cosmetic surgery, and emerged ready to terrorise unsuspecting junior hot hatches. This thing was good – Mitsubishi Lancer chassis, 1.8-litre engine, Recaro seats – but traditional Proton owners weren’t quite sure what to do with it. 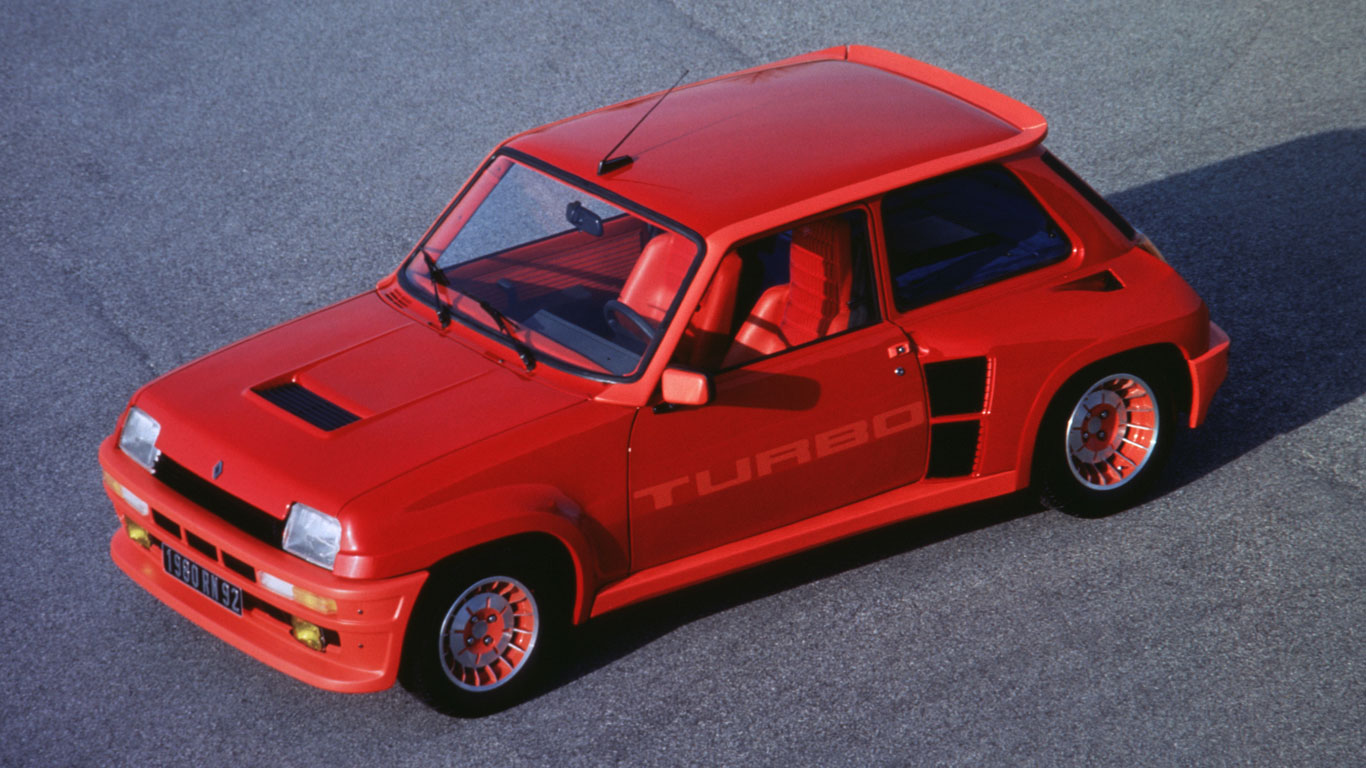 In the case of the 5 Turbo, it’s not so much the motorsport connection – Renault had a long and distinguished sporting heritage – but more the sheer lunacy of the thing. Conceived in 1976, unveiled in 1978 and on sale in 1980, the Renault 5 Turbo was a supermini in a supercar suit. The ‘Supercinq’, long before the name was used for the second-generation R5 of 1984. 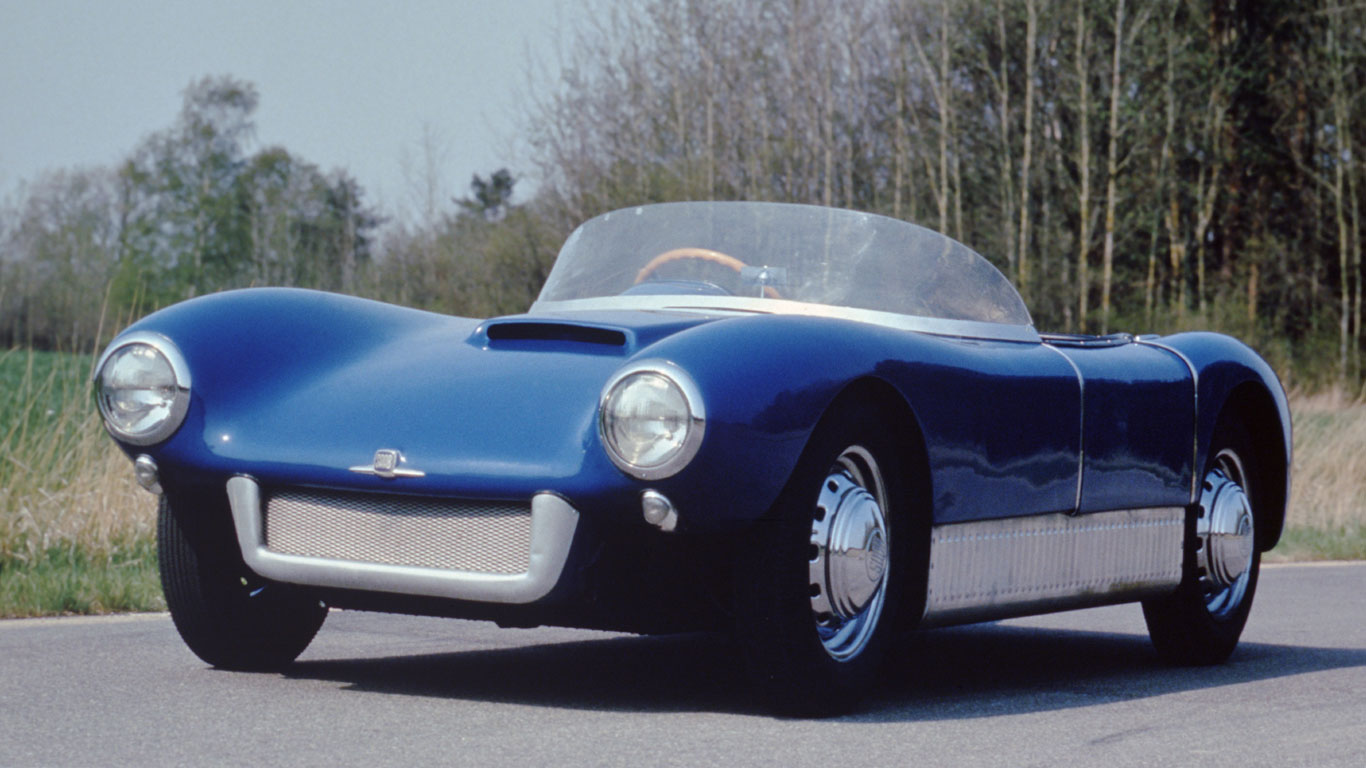 Think Saab and images of large, executive cars might come to mind, along with aircraft-inspired cabins, big bumpers and turbocharging. Things were a little different in the days of the Saab 92, but the Sonnet – or 94 – remains Trollhättan’s most leftfield creation. Designed for the 1956 Stockholm motor show – and with one eye on the American market – the original Sonnet was an experimental race car built for the track. A road-going Sonnet II followed in 1966, before the Sonnet III arrived in 1970. 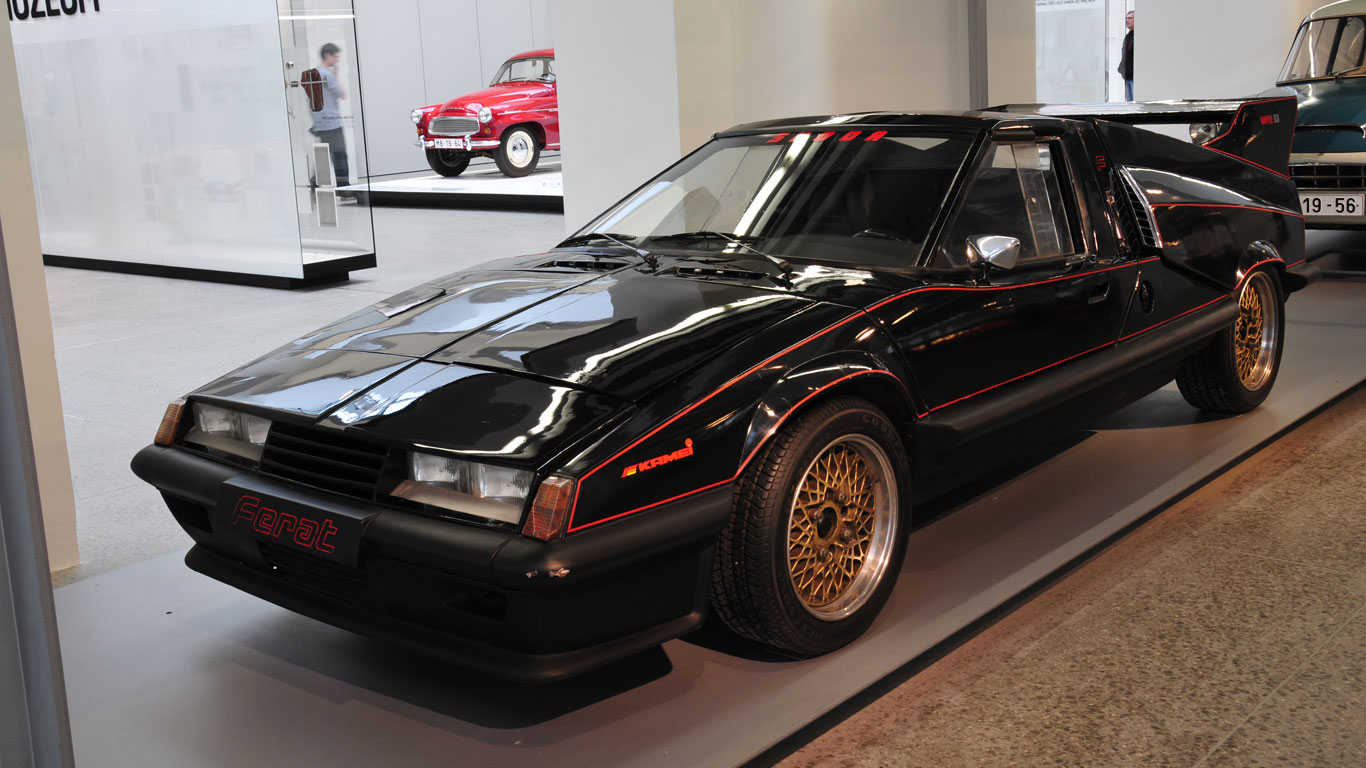 Tell another lame joke about Skoda and this thing is likely to visit you in the middle of the night and haunt your dreams for eternity. First introduced in 1972, and based on the 110R Coupe, this was the first and only Skoda with a door that tilts up with the windscreen and roof. Ten years after making its public debut, the concept was transformed into the ‘Ferat’ for use in the Ferat Vampire movie. Today, it runs on human blood and hangs upside down in the Skoda Museum. 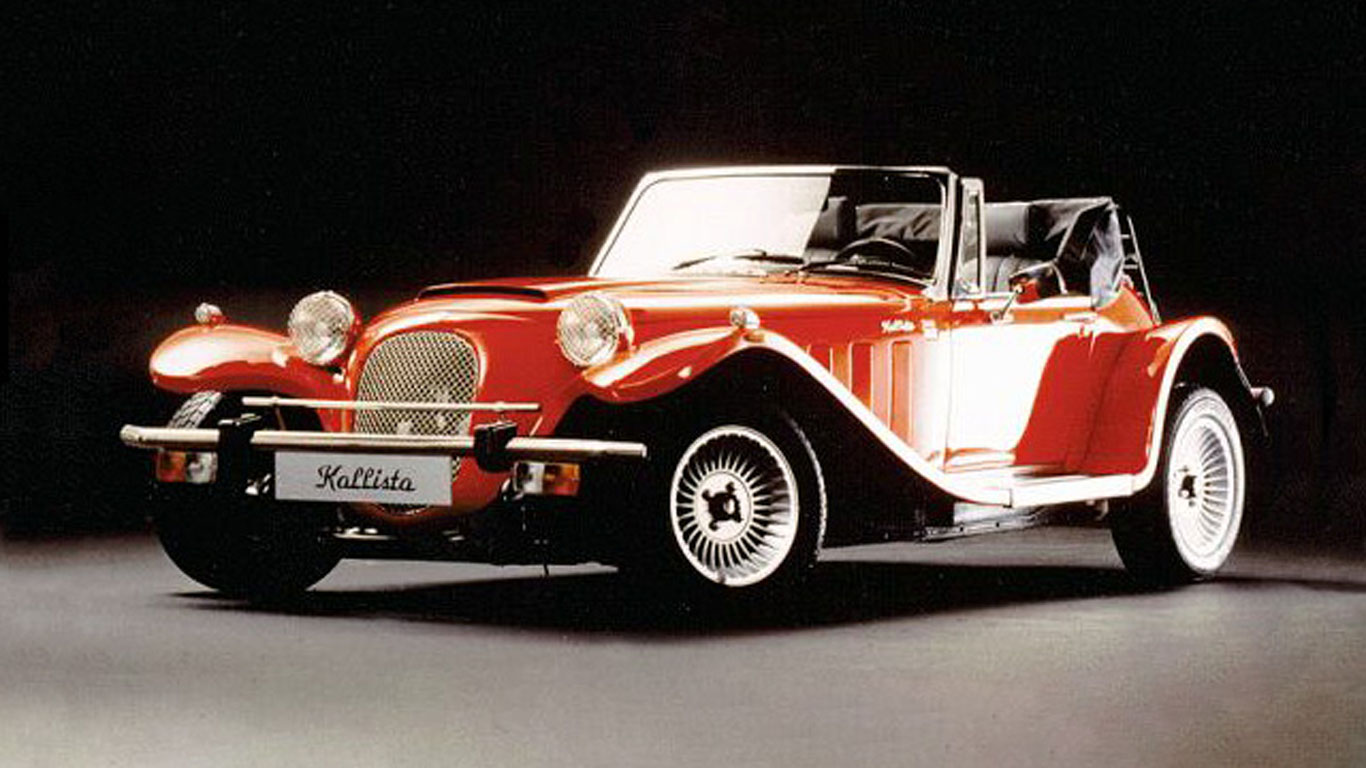 SsangYong: famous for its difficult to spell and hard to pronounce name, 4x4s and, in the case of the Rodius, arguably one of the least attractive man-made objects in the world. Not a company you’d associate with squint-and-it-looks-like-a-Morgan two-seater sports car. But that’s precisely what this is: a badge-engineered version of the Panther Kallista, built following SsangYong’s purchase of the Surrey-based company. A total of 78 were built in South Korea, and you can find one in the Samsung Transportation Museum. 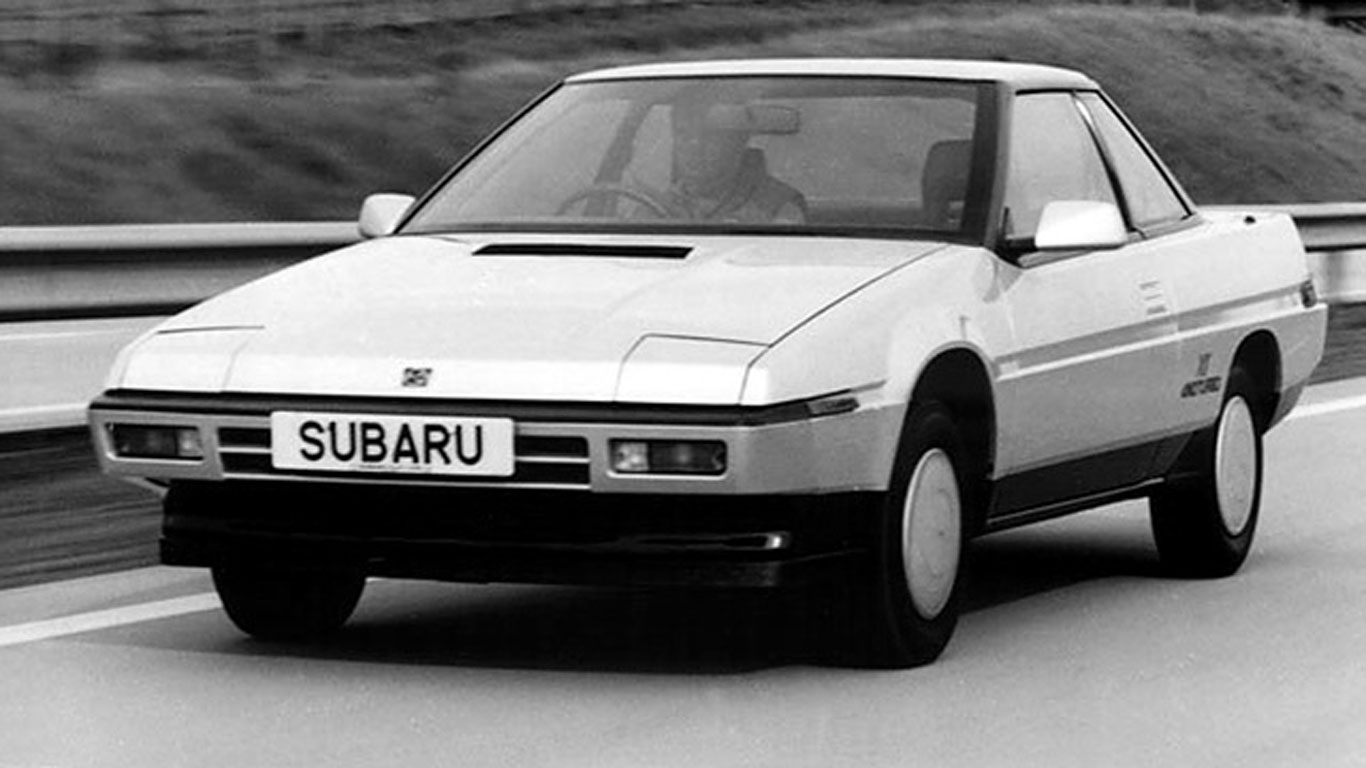 The XT came straight out of the leftfield, even if it did offer Subaru’s staple of four-wheel drive. Before its arrival, if you’d asked a motorist to summarise Subaru in a few words, they’d have muttered things about rugged dependability, four-wheel drive and practical interiors. They’d have struggled to say much about the styling, because Subarus were largely forgettable. The XT was a different beast, offering flat-four, turbocharged, four-wheel-drive performance for the road, all dressed up in a space-age suit. 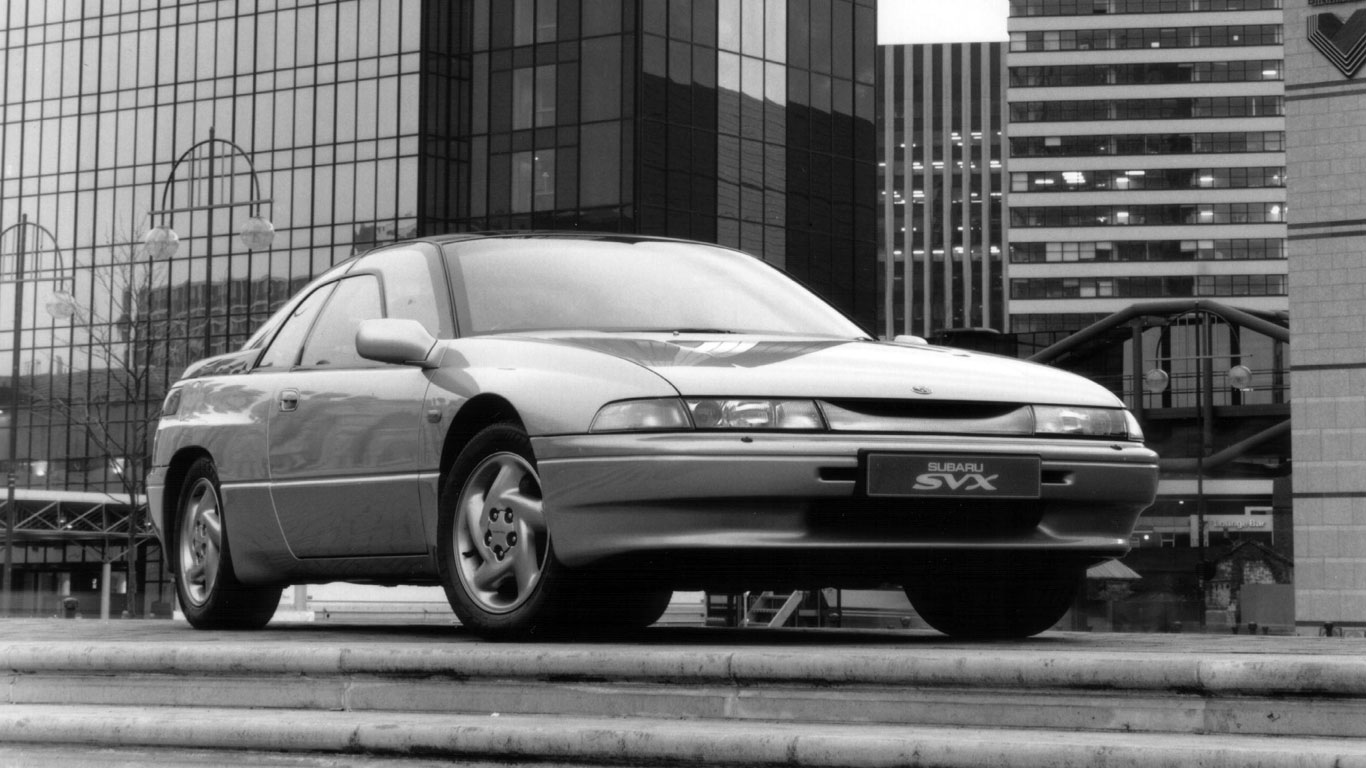 Does the fact that the SVX followed the XT make it less leftfield than its predecessor? Perhaps, but in just about every other respect, the Subaru SVX is more leftfield than a Labour party conference in a grassy paddock. A 3.3-litre flat-six engine offers a decent turn of pace and a distinctive howl, while the ‘windows within windows’ are the kind of quirky details loved by car enthusiasts. Few manufacturers could offer two leftfield cars in quick succession, but Subaru did. 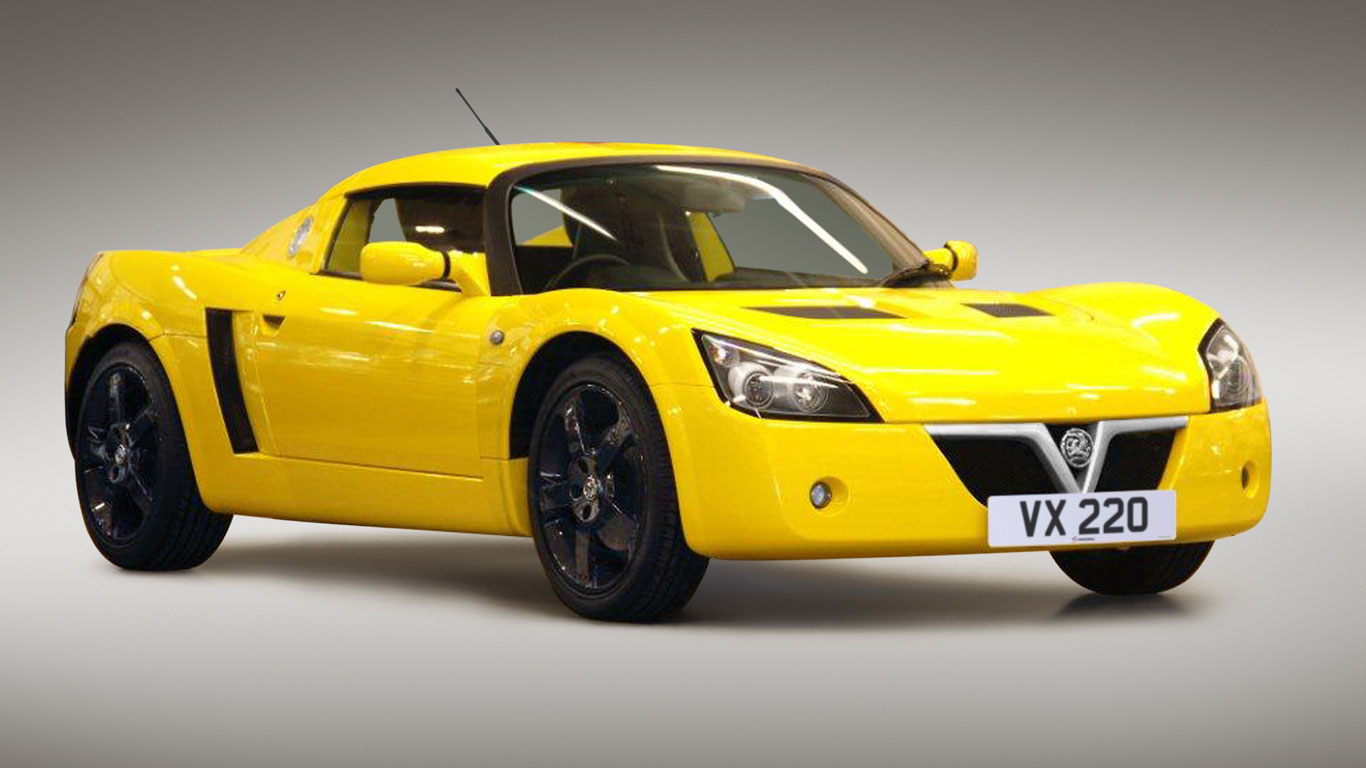 When you want to sharpen up your image, you might head to the high street for some new bib and tucker. For Vauxhall, no amount of retail therapy was going to provide a much-needed image makeover, so it turned to Lotus for some help. The VX220 was built alongside the Lotus Elise in Hethel, but shared just 10 percent of its parts with its more famous sibling. It was a terrific car, but the strategy never really paid off. Buyers of hardcore sports cars prefer Prada to Primark. 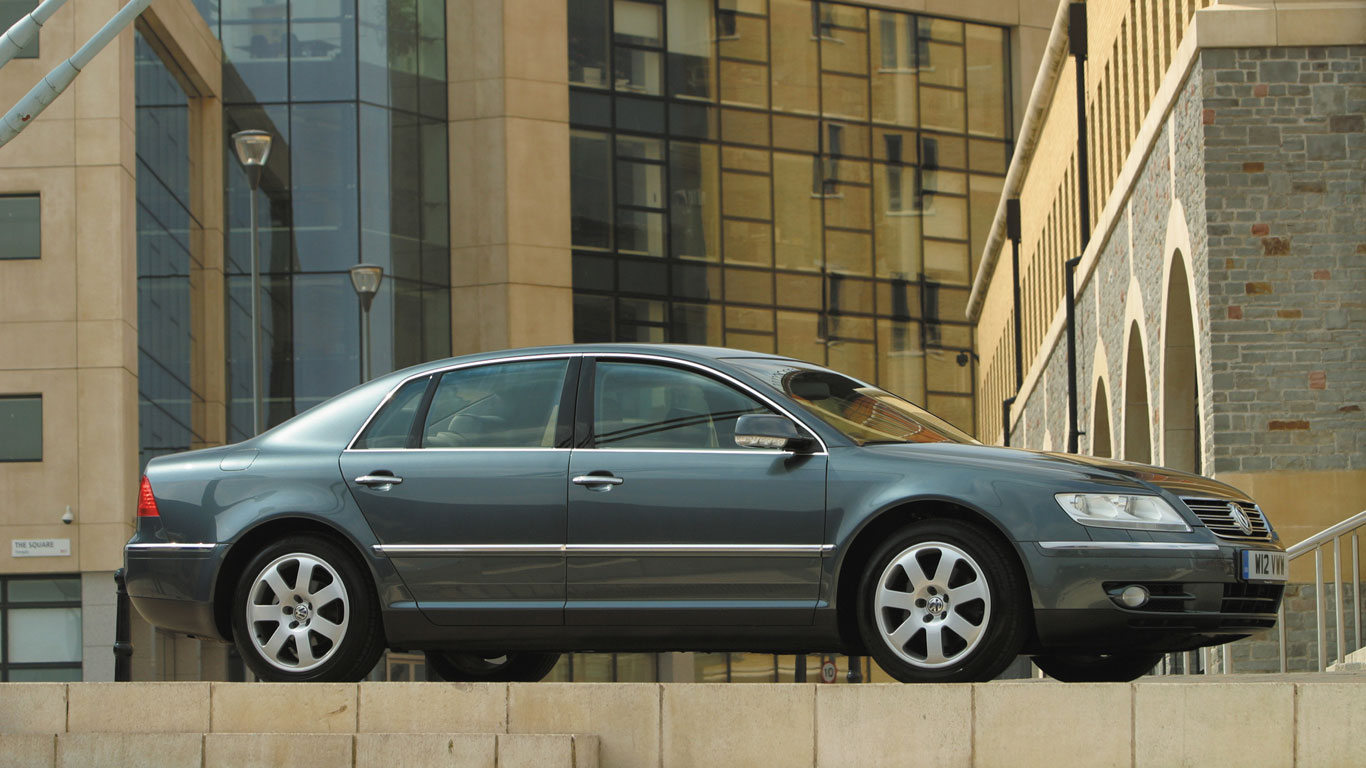 People’s car? Yeah, about that. Much to the annoyance of his colleagues in Wolfsburg, Ferdinand Piëch developed a car that was so far removed from the founding principles of Volkswagen, you’d need a map to find your way home again. The Phaeton was a fine car, offering levels of refinement previously unseen at VW. But it was too expensive, looked too much like a Passat and, perhaps most importantly, buyers prefered the cachet of an Audi or Bentley, both Volkswagen Group brands. 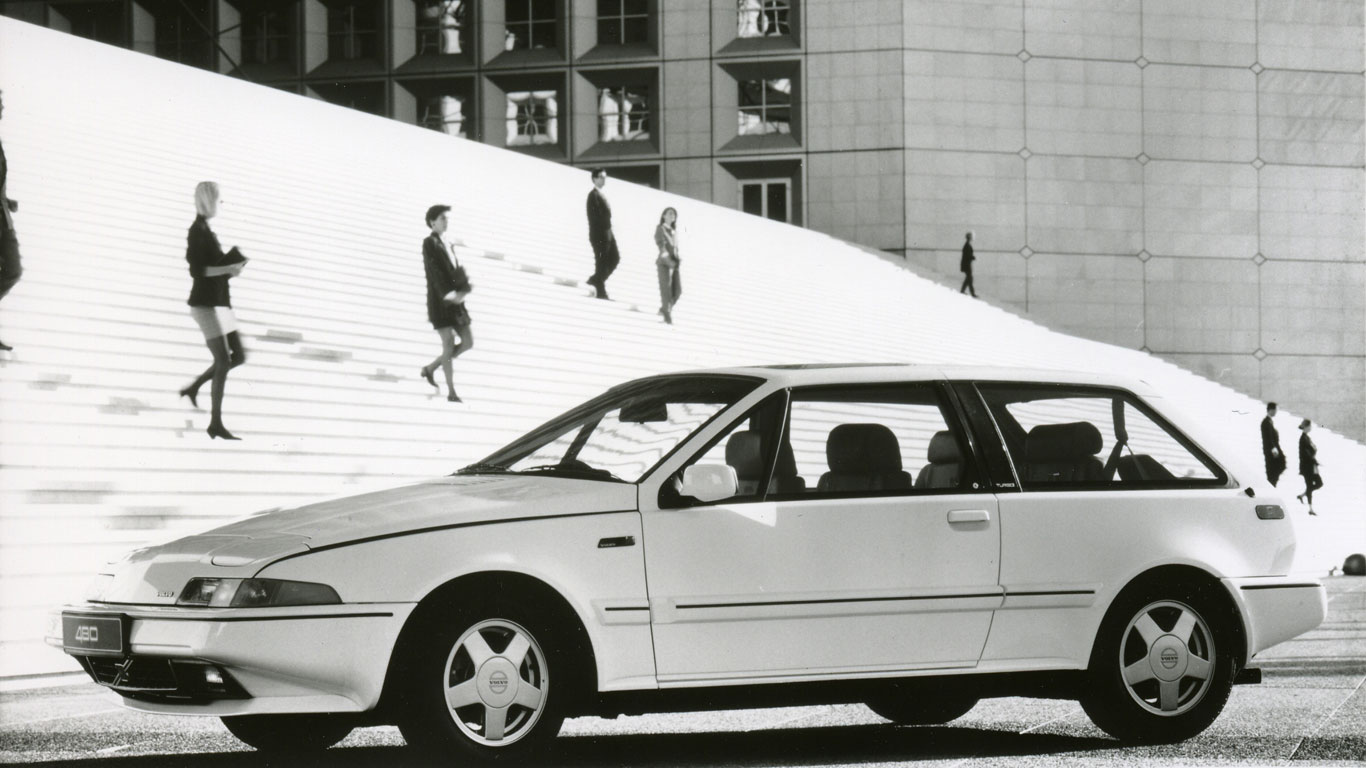 What’s more leftfield, the P1800 or the 480? We’re opting for the 480, not least because it ushered in a new era of front-wheel-drive Volvos, along with a pair of pop-up headlights. We’ll never see the likes of a wedge-shaped Volvo again, but Sweden hasn’t turned its back on good-looking cars. Which is why the 480 gets the nod over the P1800. 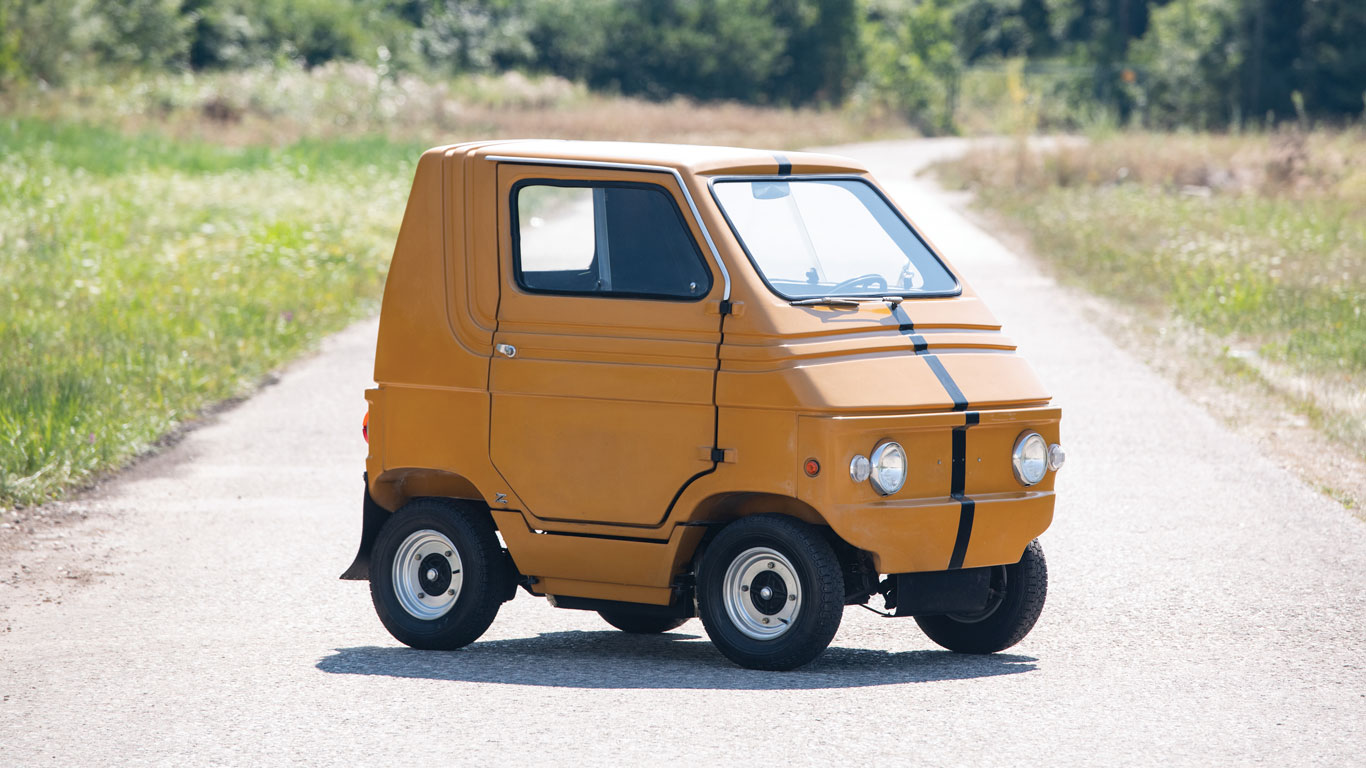 Established in 1919, the Italian coachbuilder Zagato has jumped into bed with some of the biggest names in the automotive industry to create some of the most beautiful and iconic cars of the past 100 years. The tiny Zele electric car is like the mole on Cindy Crawford’s face – a charming distraction from an otherwise flawless display. Or something. This 1974 Zele 1000 sold for £11,500 at the RM Sotheby’s ‘Weird & Wonderful’ sale in 2018.