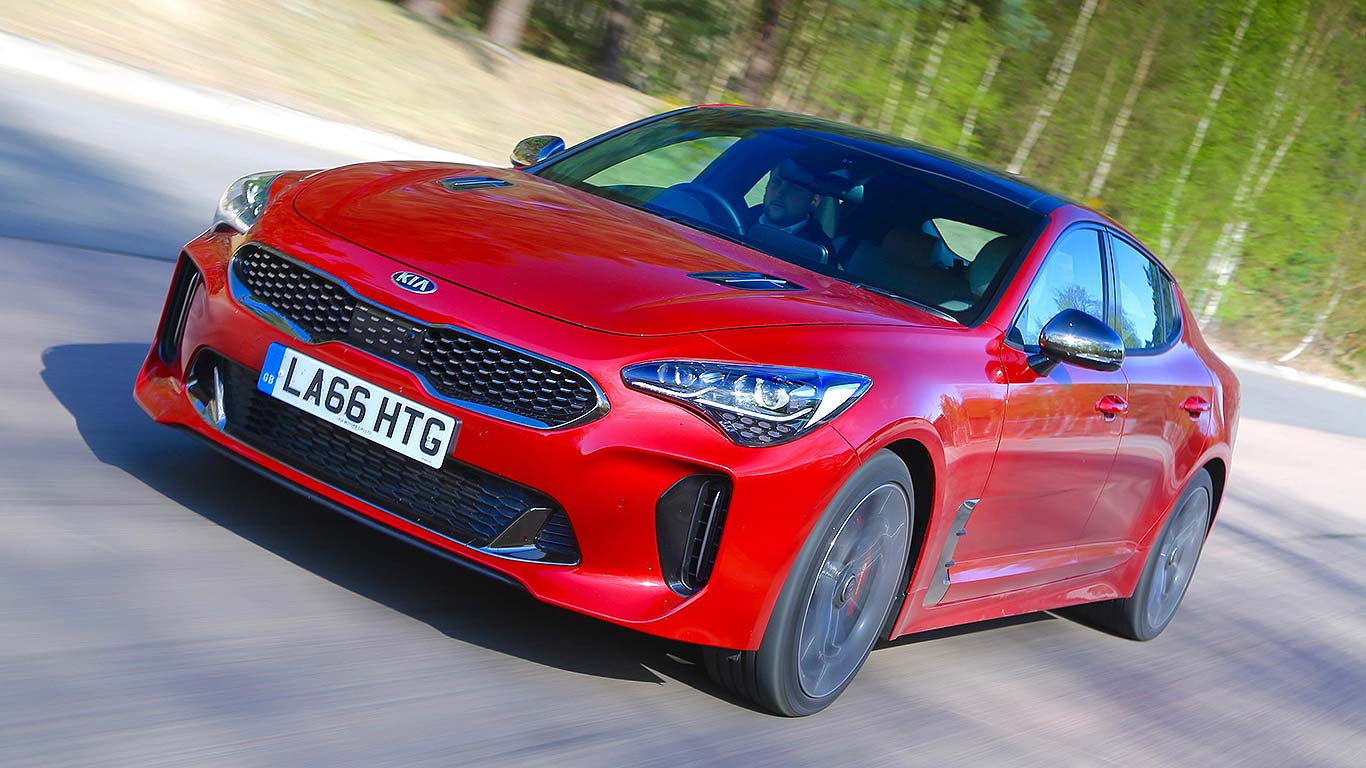 The striking new Kia Stinger is now available to order in the UK with prices starting from £31,995. Deliveries of the large new four-door GT coupe begin on 1 January 2018.

One of the most ambitious new Kias yet, the Stinger GT firmly pushes the brand upmarket – not least thanks to the top-spec model’s very potent 365hp 3.3-litre twin-turbo V6 engine. This hurtles the rear-wheel drive car from 0-62mph in just 4.7 seconds; top speed is a fiery 168mph.

But despite the headlines, V6 versions will make up a small slice of sales. Most Stingers will be powered by four-cylinder engines, either a 197hp 2.2-litre CRDi turbodiesel, or a 244hp 2.0-litre T-GDi turbo petrol. An eight-speed automatic gearbox is standard on all; Kia’s only bringing rear-wheel drive Stingers to the UK, despite all-wheel drive versions being offered in Europe. Because the UK is a driver-focused market, we get a standard limited-slip differential instead.

Oh, and the four-cylinder models are not exactly slothful, either: the petrol will do 0-62mph in 5.8 seconds, and even the diesel will run it in 7.3 seconds, despite also averaging 50.4mpg and emitting less than 150g/km CO2.

First seen as the GT Concept way back in 2011, the Stinger is being described as a game-changer by Kia, which rather breathlessly describes UK pent-up demand as “reaching fever pitch”. Hence its decision to open ordering early, ahead of the January on-sale launch.

The standard sound system is a nine-speaker system with a subwoofer under the front seat; GT-Line S and GT-S come with a 15-speaker Harman/Kardon setup boasting subwoofer, external amp and a front centre speaker. Leather upholstery is standard too, upgraded to Nappa leather on the GT-S.

Premium-like features abound as standard: the D-shaped steering wheel is adjusted electrically, the dashboard is clad in leather, the headlining is suede and heated front seats are backed up by heated rear seats in the GT-Line S and GT-S – which also include ventilated front seats.