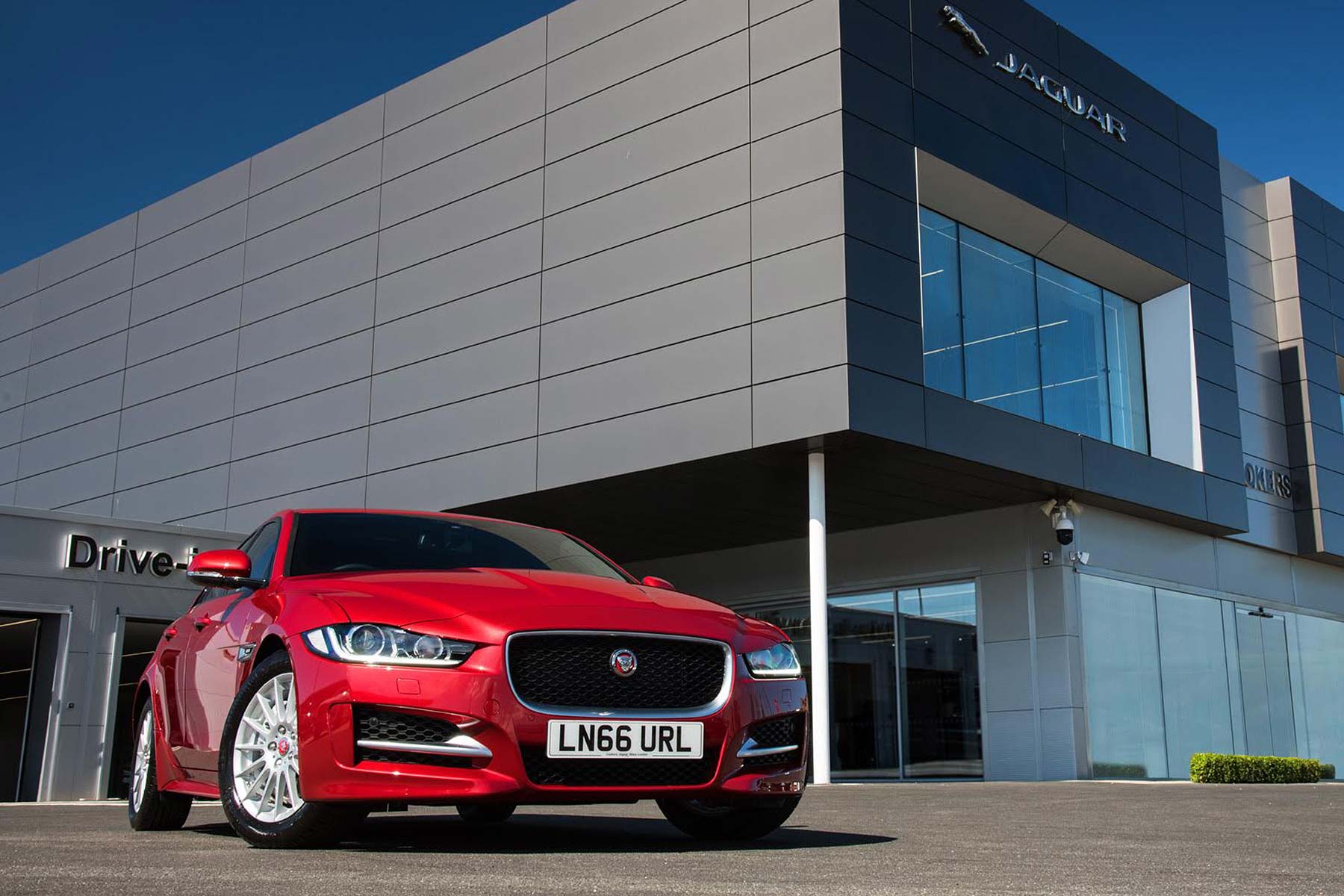 Jaguar is moving production of its XE junior executive saloon from Solihull to Castle Bromwich to help boost volumes of the Solihull-built F-Pace SUV.

The Solihull ‘factory within a factory’ – a new Jaguar production facility built within the Land Rover Solihull plant’ – will now be used only to build the in-demand F-Pace SUV for Jaguar.

In moving the XE to Castle Bromwich, Jaguar will construct it alongside the larger XF executive saloon: the two cars use the same aluminium architecture so the process should be straightforward. To facilitate the move, Jaguar is investing an extra £100 million in Castle Bromwich.

It’s quite a turnaround for Castle Bromwich, which faced closure in 2008. Since then, Jaguar has invested heavily in it: £500 million has gone into it in the past two years alone.

Castle Bromwich currently builds the Jaguar XF plus the low-volume XJ and F-Type, and so is arguably underutilised. In contrast, the Solihull line builds the high-volume XE and ultra-successful F-Pace: it also, oddly, builds the Range Rover Sport on the same line, another in-demand machine.

Moving the XE to Castle Bromwich will fill capacity at the huge plant next to the M6 motorway, leaving Solihull to concentrate on the F-Pace – which has already become the fastest-selling Jaguar of all time.

Solihull will continue to operates 24/7, with three shifts running around the clock during weekdays.

The new Vauxhall Mokka is on sale now with first deliveries beginning in April 2021. There is also a new Mokka-e EV with a 201-mile range
Read more
Previous articleVolvo V90: is this the best looking estate?
Next article2016 Renault Scenic review: can MPVs be sexy?

Bicester Motion will be the UK's first 'automotive resort', complete with a 344-room hotel and conference centre, plus space for owners to use and maintain their own vehicles
Read more

Save the manuals: the stick-shift sports cars still on sale

If a manual gearbox is your thing, you might find these stick-shift sports cars are right up your B-road
Read more

From Valkyrie to Valhalla: Aston Martin’s hypercars come to life

The Aston Martin Valkyrie and Valhalla hypercars have been putting in hot laps at Silverstone. We recount the story of these incredible cars so far
Read more
Car News

Sir Mike Penning, the MP who gave the go-ahead to smart motorways, has strongly criticised safety on the roads in a new report.
Read more
Car News

Bugatti is first to break the 300mph barrier

A modified Bugatti Chiron has topped 304mph at Volkswagen's Ehra-Lessien test-track in Germany. The car is described as 'near-production'.
Read more

The London Ultra Low Emissions Zone (ULEZ) is designed to improve air quality by charging certain vehicles to enter the city. We explain how it works.
Read more
Advice