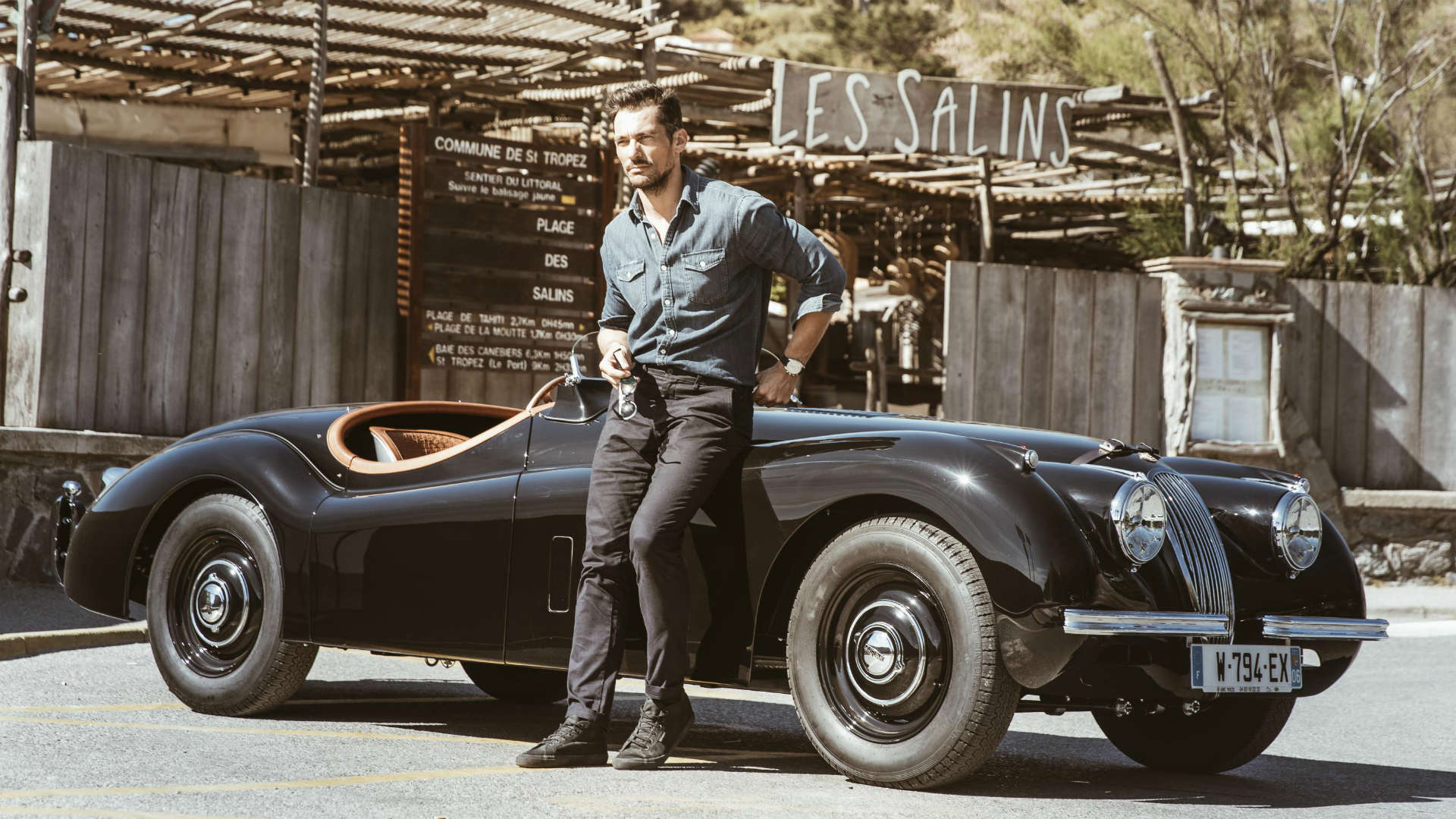 David Gandy is quite a good looking chap. He also looks half-decent in a pair of M&S undies. And now, he’s has taken delivery of a bespoke Jaguar XK120.

Life must be pretty tough for the male model.

Having taken part in the Mille Miglia, Gandy commissioned Jaguar Classic to source and restore an XK120 for use in classic motorsport events. The result is a specification inspired by the original XK120 Lightweight.

The project started with the sourcing of a 1954 base car from California and finished after 11 months and 2,700 hours. Everything was completed at Jaguar Classic’s Classic Works facility in Warwickshire. 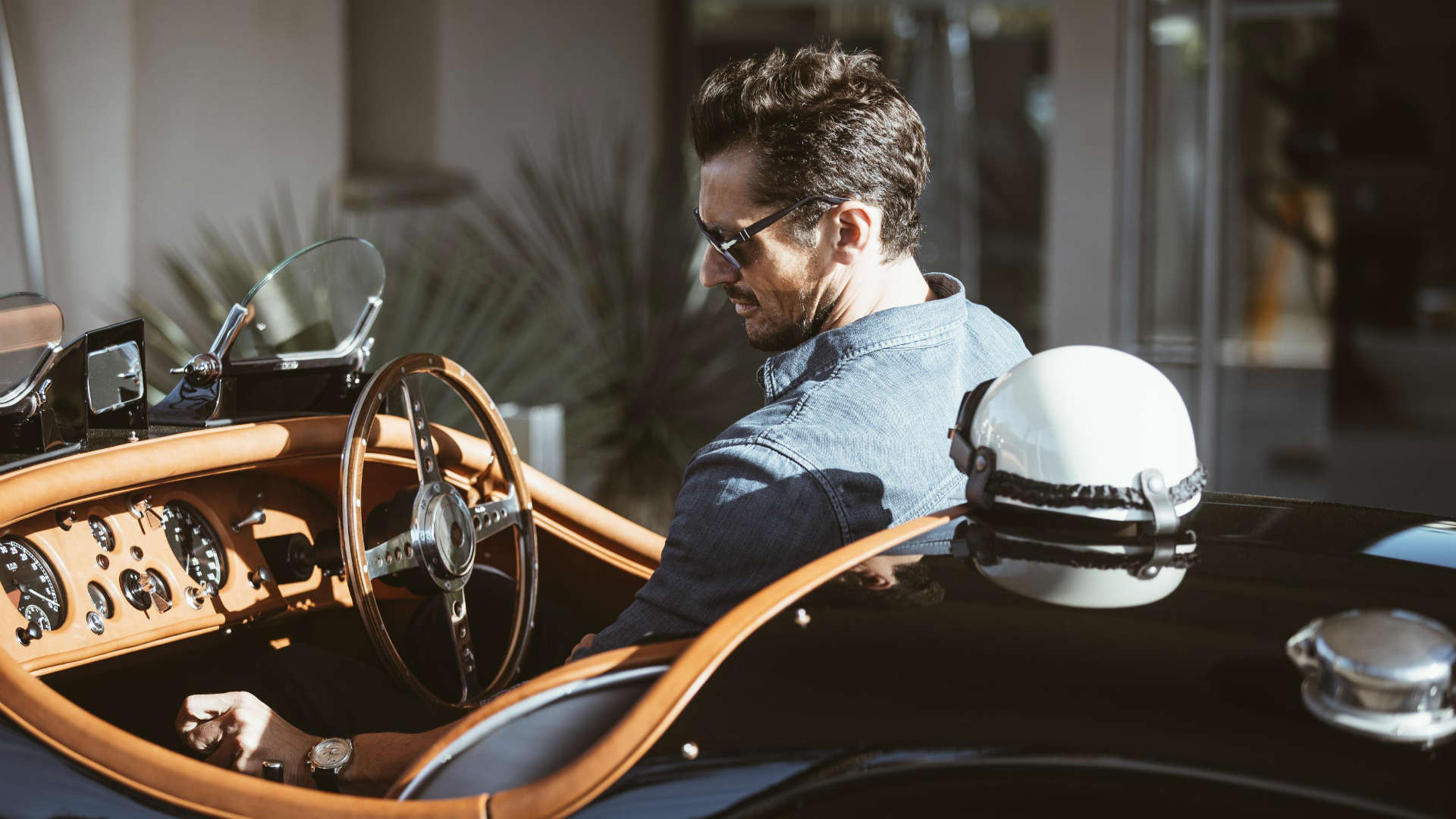 To make it race-ready, the team boosted the performance of the 3.4-litre straight-six engine from 180hp to 225hp and added a new exhaust system with dual pipes. Further upgrades include a racing-style four-speed gearbox, disc brakes with four-pot calipers at the front, and fully adjustable dampers.

Gandy – who is worth an estimated £12.5 million – has made a living out of looking good and once said that “anyone can have a body like mine, but it’s hard work”. Needless to say, the XK120’s body had to live up to Gandy’s high standards.

Which is why the bespoke XK120 is finished in solid black, made up of 13 litres and four coats of paint.  Also note the use of a flip-top fuel cap, plus twin aero screens, a tip of the hat to the XK120 Lightweight. 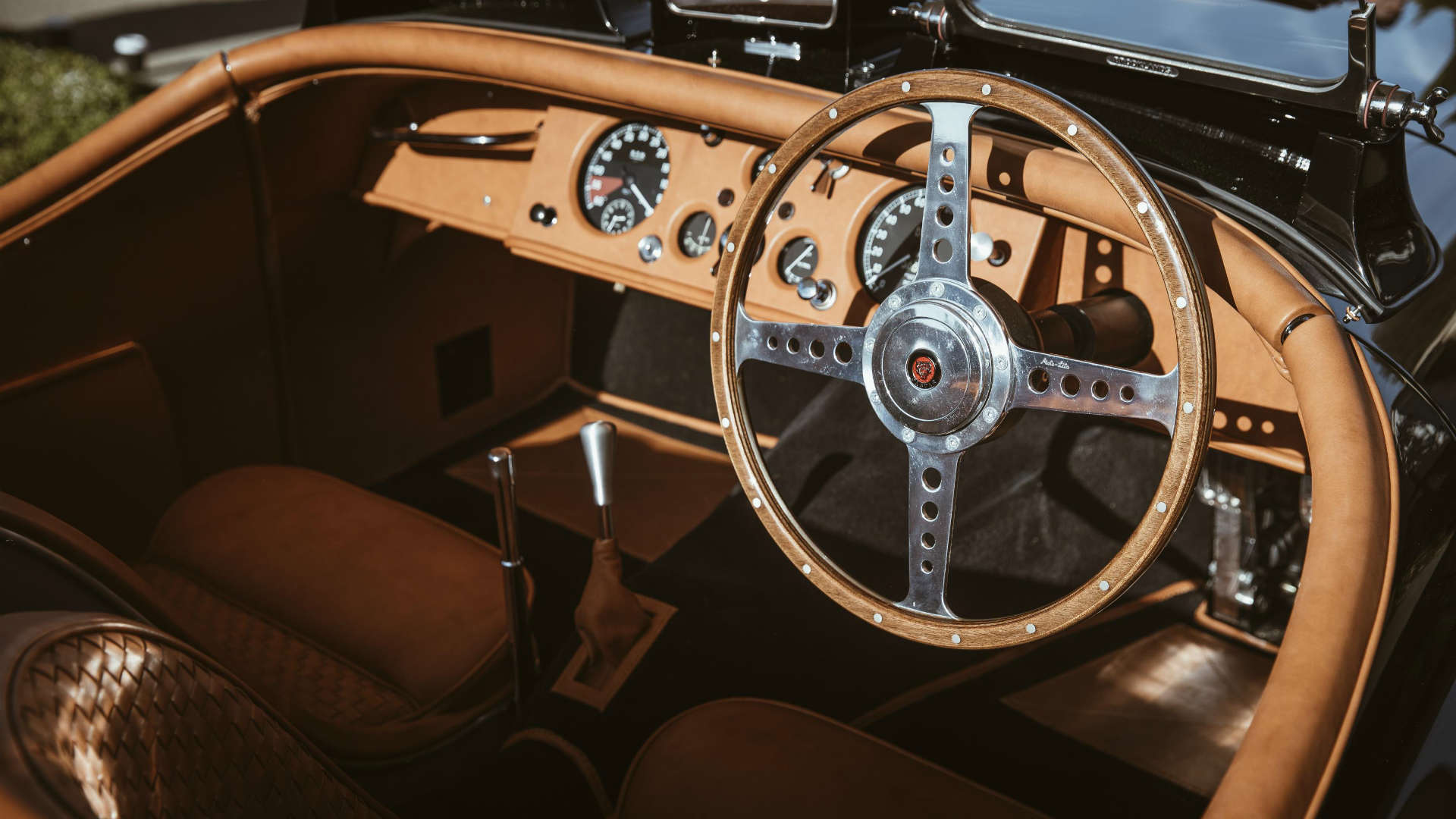 Inside, Jaguar Classic removed one of the batteries behind the driver’s seat to free up space for Gandy’s 6ft 2inch frame, while a smaller steering wheel has been used to free up legroom. The seats are finished in Aged Saddle tan leather with a bespoke lattice design.

David Gandy, said: “Having driven a Jaguar XK120 at the Mille Miglia in 2013 and 2014, I knew that I wanted to own one of these incredibly special cars. The team at Jaguar Classic have done such a remarkable job engineering this car and executing everything that I asked for and it was amazing to have such an in-depth involvement in its creation.”

Calum McKechnie, head of Jaguar Classic, said: “This unique XK120 showcases the expertise, skill and craftmanship that Jaguar Classic makes available for all of its customers. Not only were we able to bring this iconic sports car back to life mechanically, but the attention to detail and the bespoke design of the interior sets David’s car apart.”