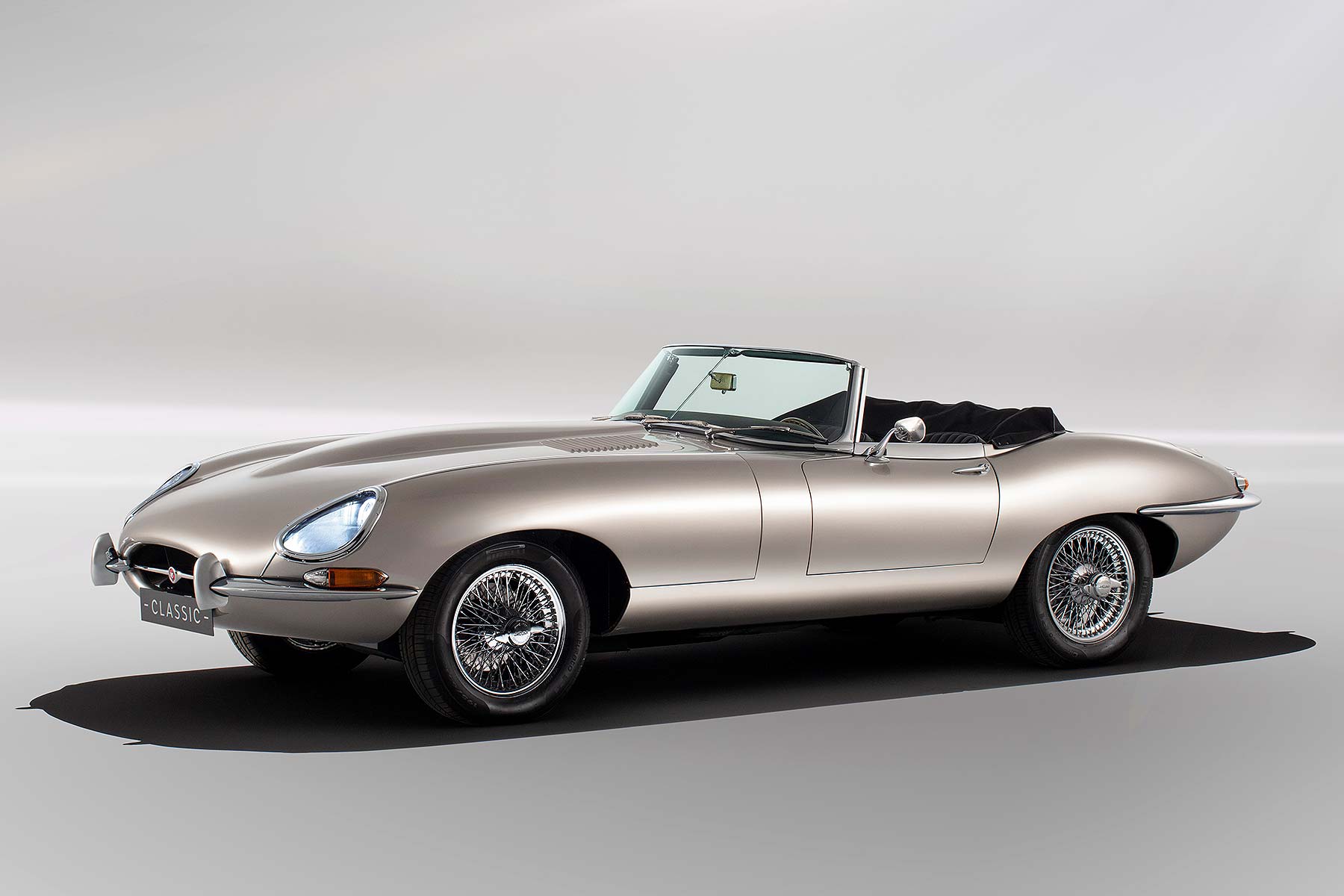 Jaguar has announced at Monterey Car Week it is putting the all-electric E-type Zero into production – and not only will it emit zero emissons, it will also accelerate faster than the original Series 1 E-type.

The firm is  targeting a driving range of more than 170 miles for the green E-type Zero, thanks to a beefy 40kWh battery. That’s the same size as you get in a new Nissan Leaf, but the electric E-type’s range is aided by its light weight.

Amazingly, Jaguar says the lithium ion battery pack has similar dimensions to the six-cylinder petrol engine it replaces – and weighs almost the same, too. 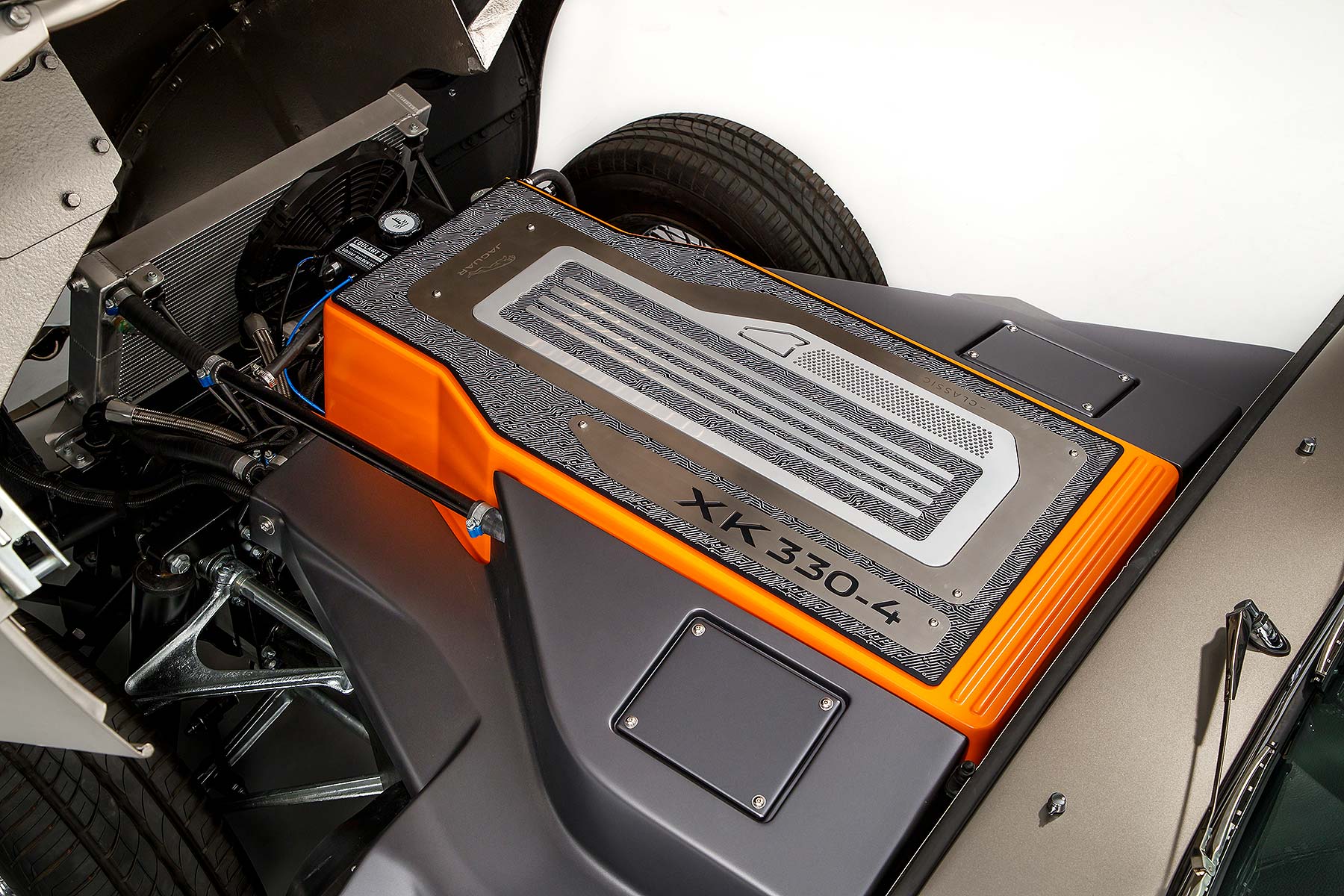 Lots of electrical bits from the new Jaguar I-Pace are used in the E-type Zero, although Jaguar says that as the setup of the electric powertrain is so similar to the original petrol E-type, the structure hasn’t had to be changed, and both suspension and brakes can carry over. This helps retail the authentic E-type feel, reckons Jaguar.

Even the car’s overall weight distribution is unchanged and “it drives, handles, rides and brakes like an original E-type”. 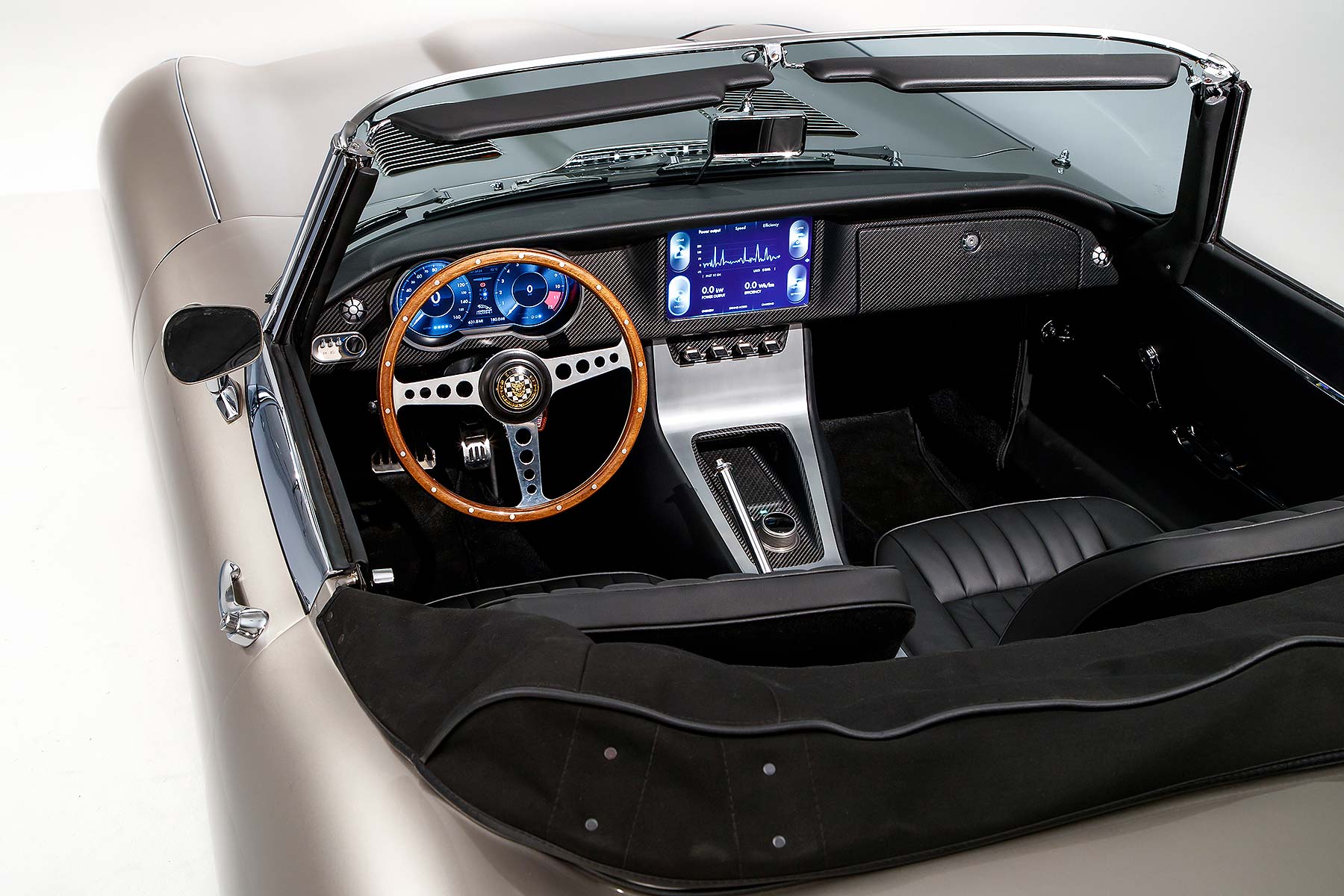 The only other obvious changes, apart from the electric drive, are an upgraded instrument panel with touchscreen infotainment and bright, efficient LED headlights that mimic the original. Otherwise, the car, which will be built by Jaguar Classic in Coventry, is pretty much all-original. 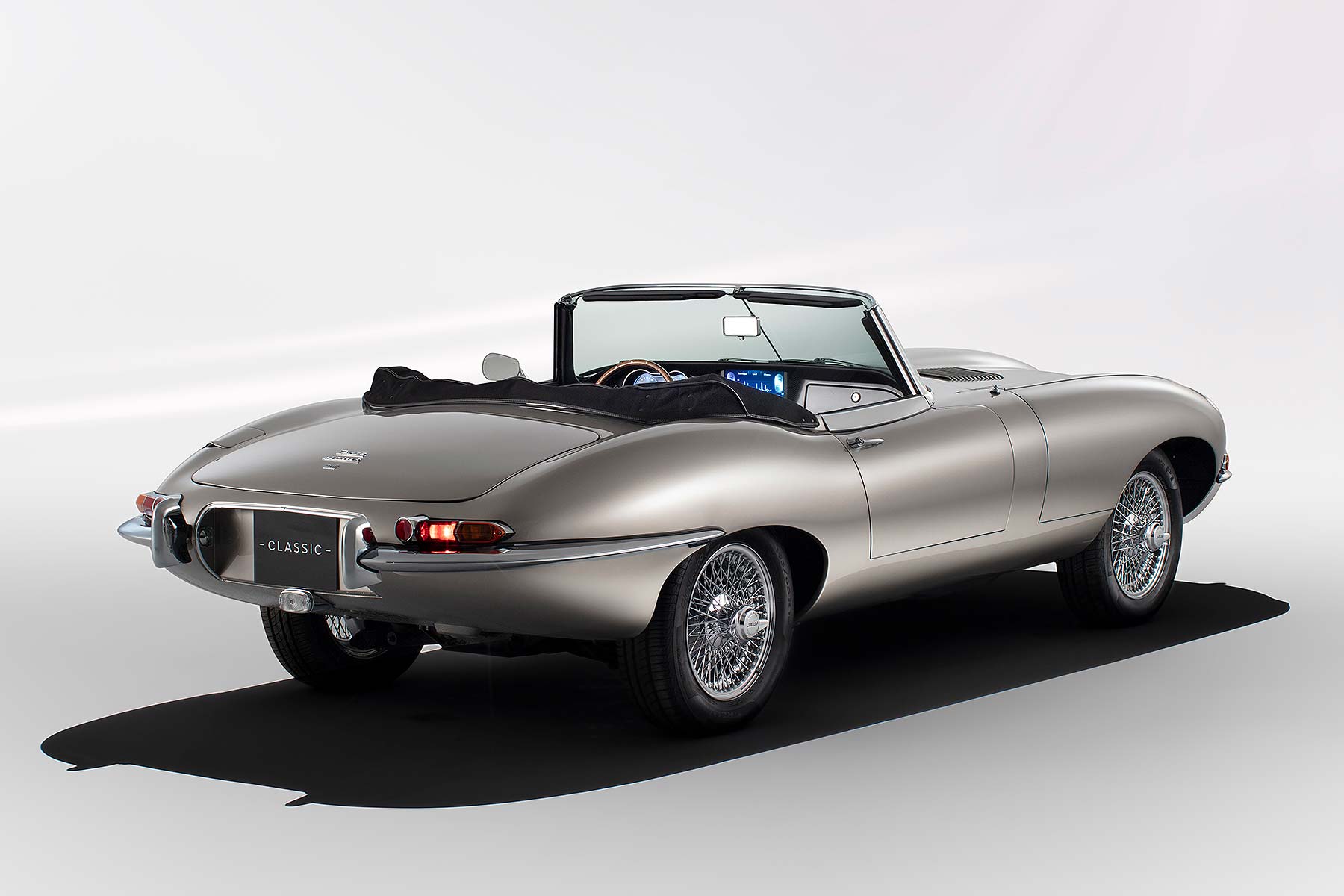 “E-type Zero showcases the incredible heritage of the E-type, and the expertise and craftsmanship at Classic Works, while demonstrating Jaguar Land Rover’s dedication to creating zero emission vehicles across every part of the business, including Jaguar Classic.”

Jaguar Classic is offering two electric E-type Zero options. You can buy a model ready to go, one fully restored and converted to run on electric through the E-type Reborn restorations service. 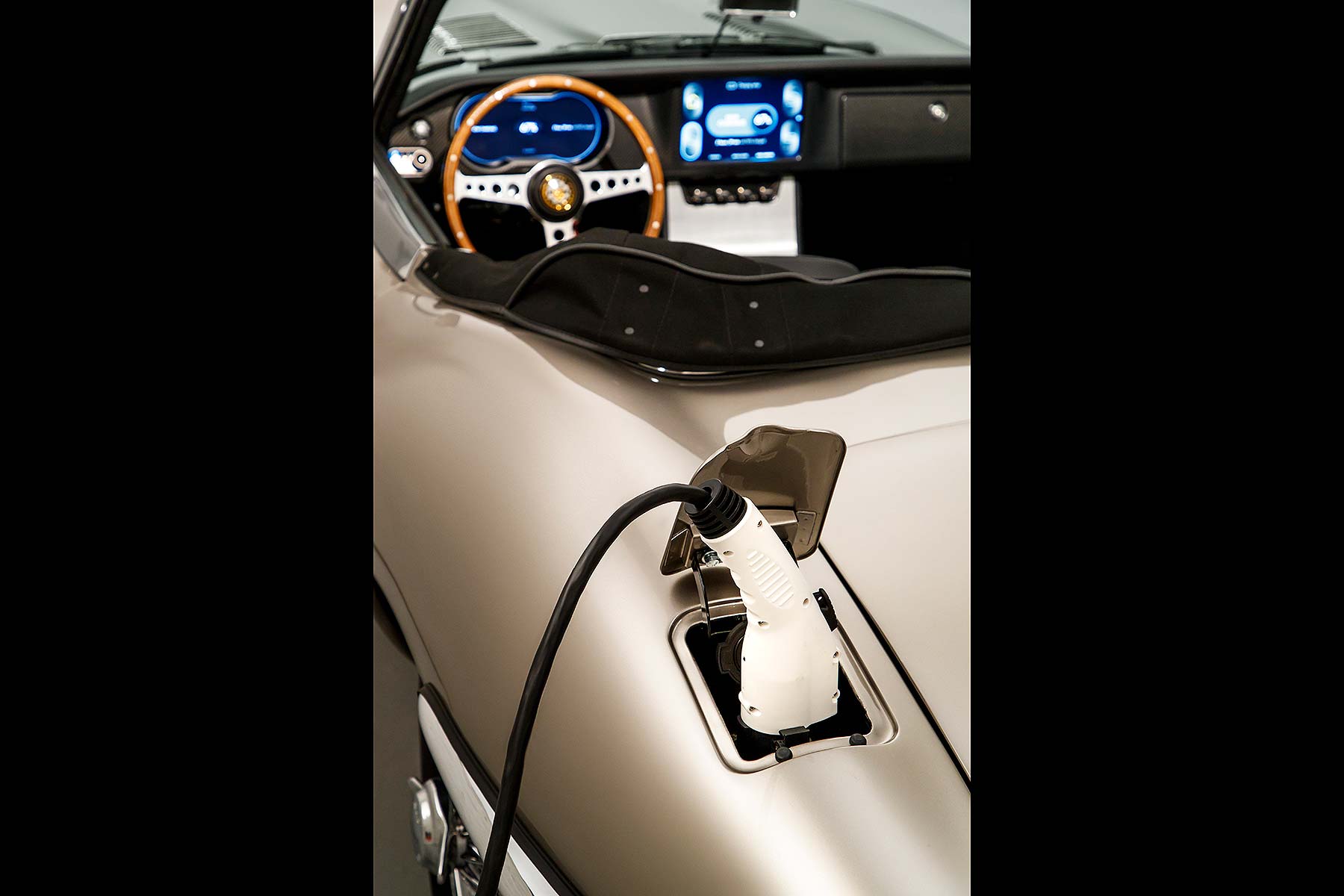 Or, for those who already own an E-type, Jaguar is offering a conversion kit. It’s fully reversible too, adds the firm, “to preserve the authenticity of the base vehicle”.

How much? That’s still to be revealed, but Jaguar will happily take expressions of interest now: email zero@jaguarlandrover.com, call +44 (0) 203 01 1255, or visit the Jaguar Classic website. The first models are expected to be delivered from summer 2020.

Jaguar first revealed the electric E-type Zero last year, showcasing it at its autumn tech fest in London. The car later gained global fame when it served as the wedding car of Prince Harry and Meghan Markle.