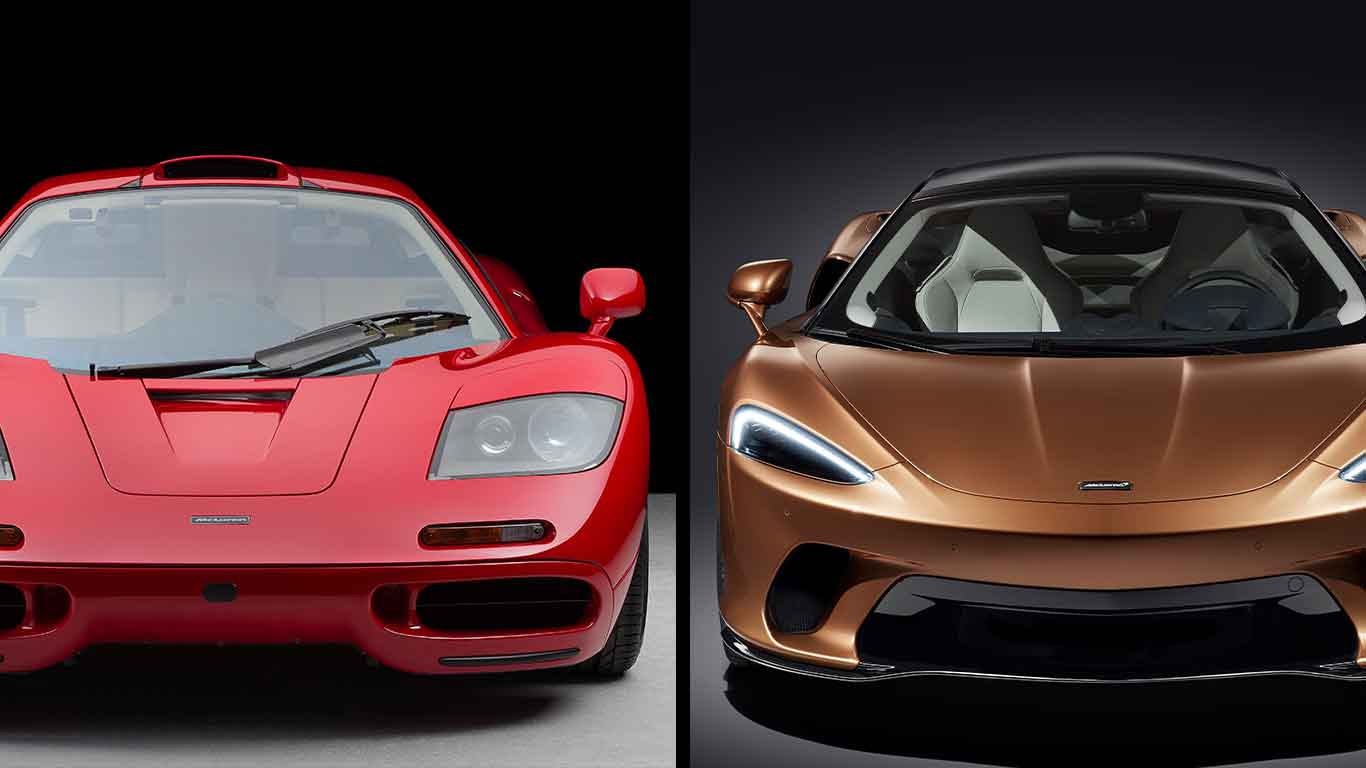 McLaren is known the world over for its success on the racetrack, but in recent years it has also challenged Ferrari and Porsche on the road. Not many race car constructors could pull off the move, but McLaren has. Here, we chart its history. 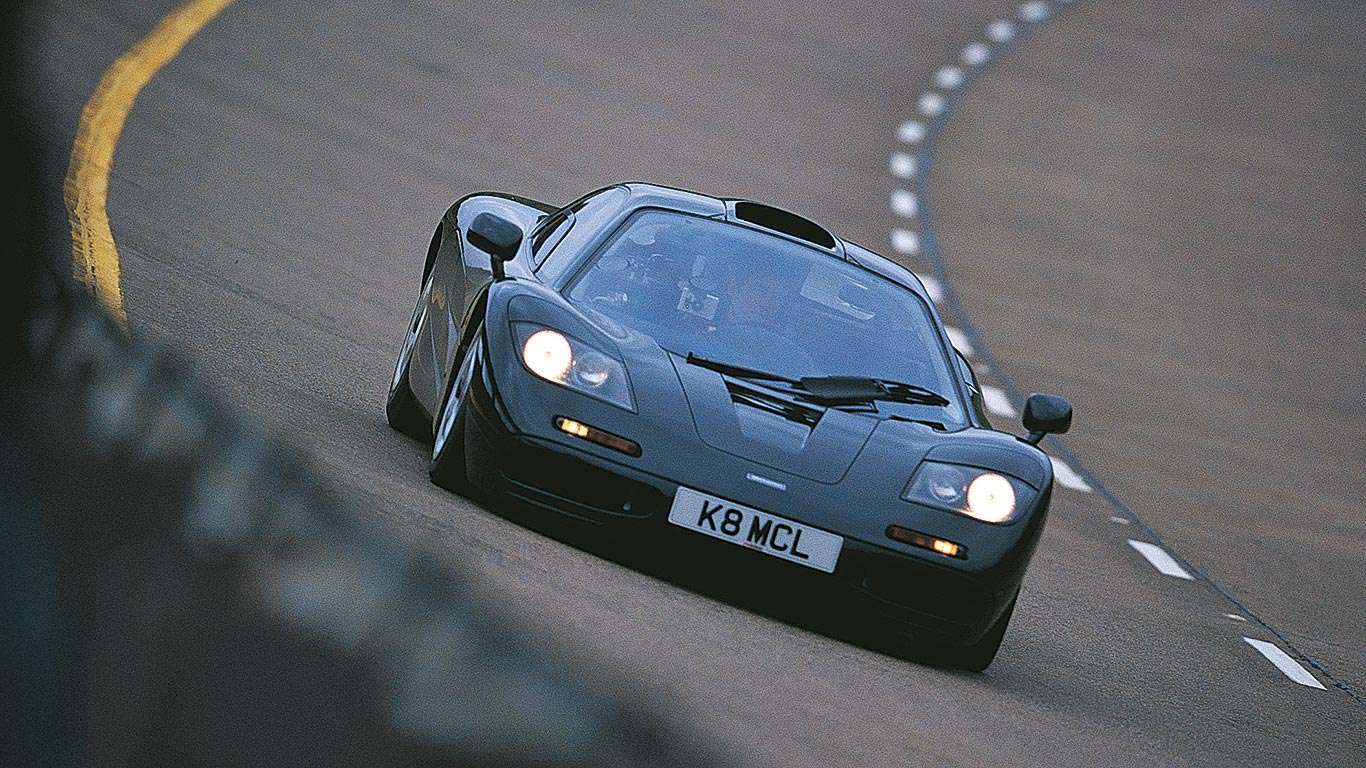 The revived McLaren company had also targeted a move from racetrack to road for years, but only decided to do so in the late 1980s. Legend has it, the decision came after team boss Ron Dennis and designer Gordon Murray got chatting in an airport after a delayed flight.

Ironically, the F1 went full circle back to the racetrack and won Le Mans… 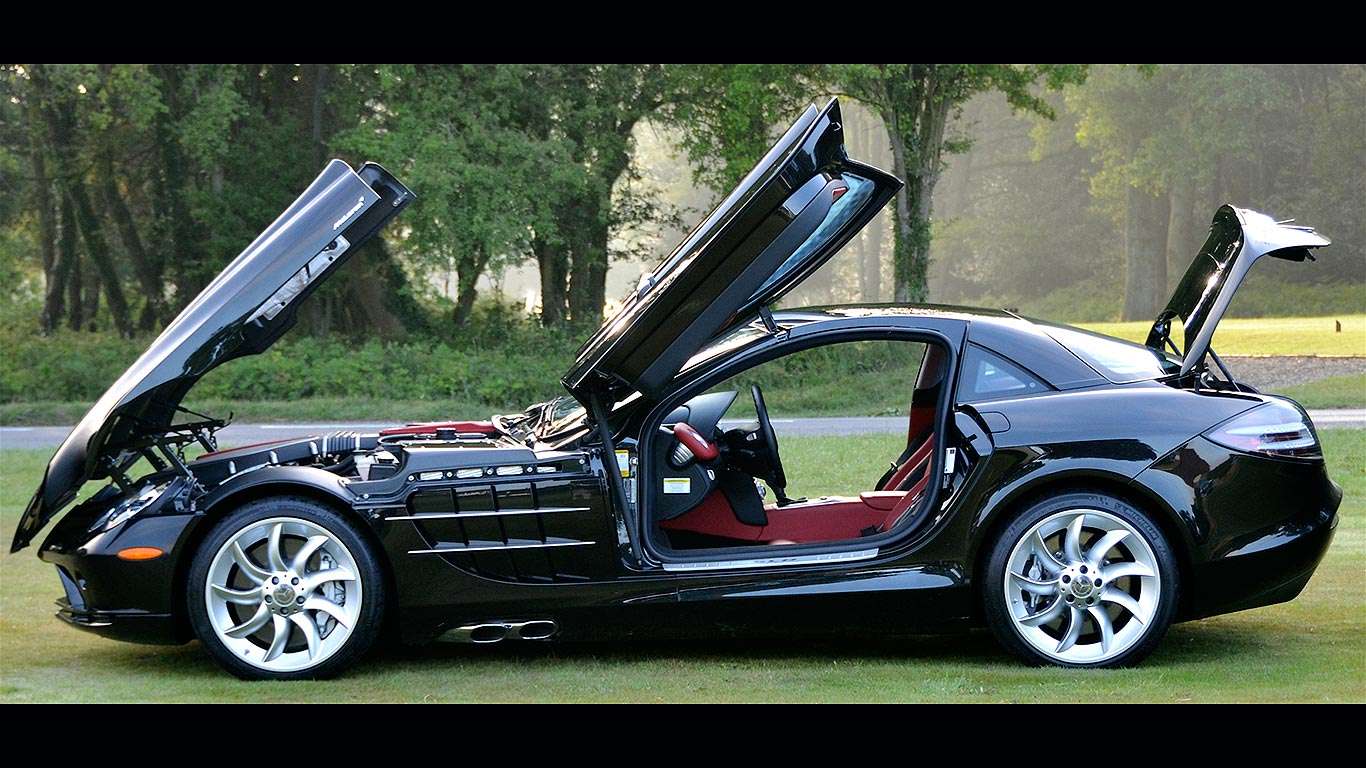 Skip forward a few years (and a few abandoned projects) for McLaren’s next road car: the 2006 Mercedes-Benz SLR McLaren. Codenamed P7, it was a Mercedes-Benz concept that McLaren put into production – hence the name hierarchy. 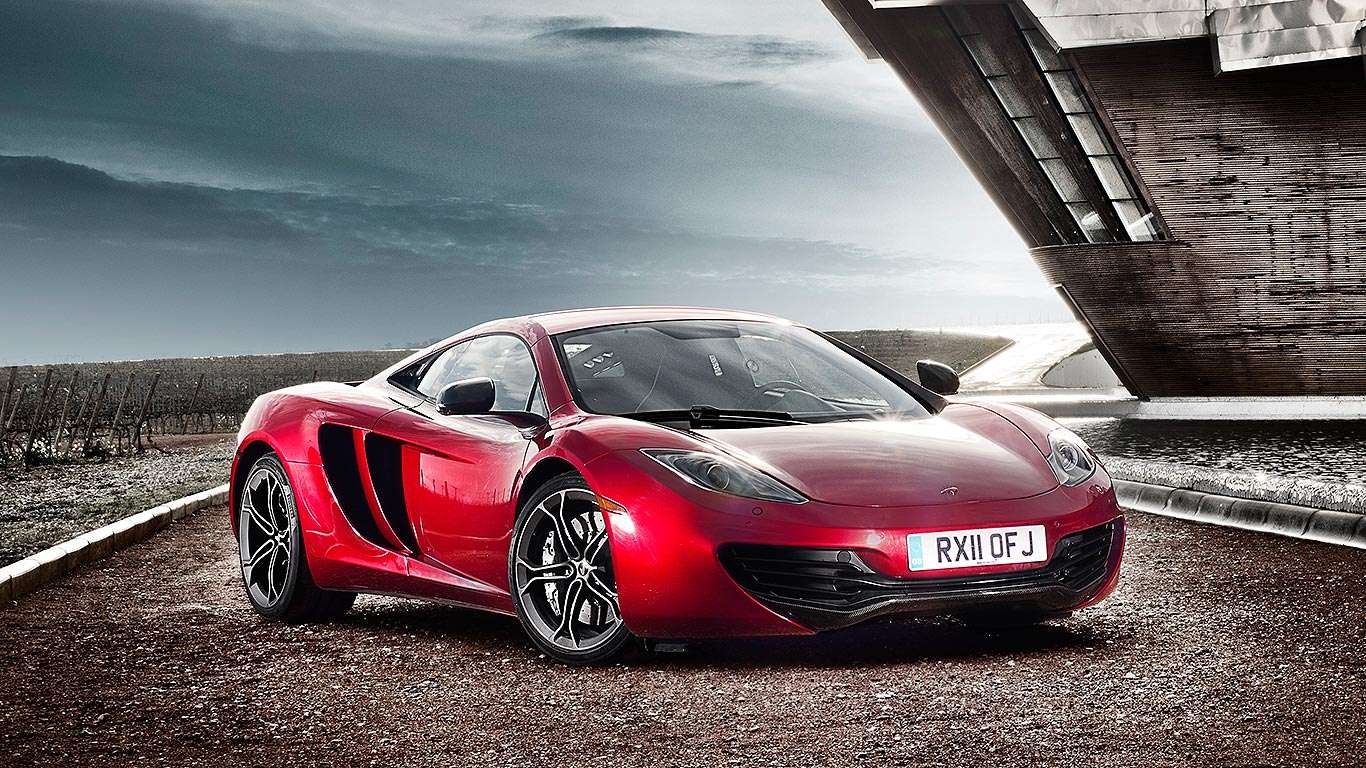 McLaren’s breakthrough road car, the ‘P11’ MP4-12C (you’ll note a few more McLaren ‘P’ concepts were lost along the way). At launch, McLaren announced to the world it was a Ferrari-beater: it wasn’t quite, but it would soon develop into one.

At the end of 2012, McLaren dropped the MP4 bit from the name: it was now officially just ‘12C’. As well as adding a drop-top Spider, it also boosted power from 600 to 625 horsepower, tweaked other parts of the drivetrain and fitted proper door release buttons rather than the troublesome ‘swipe to open’ launch system. 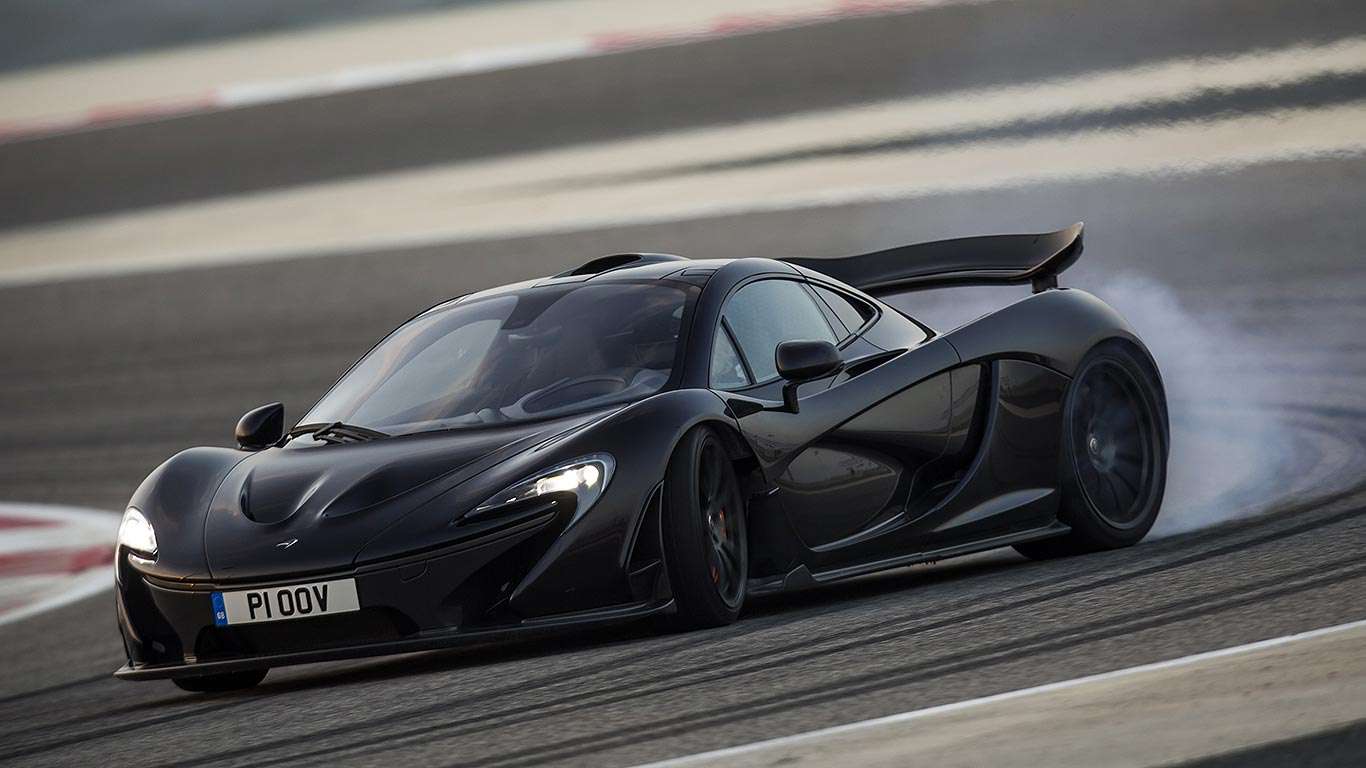 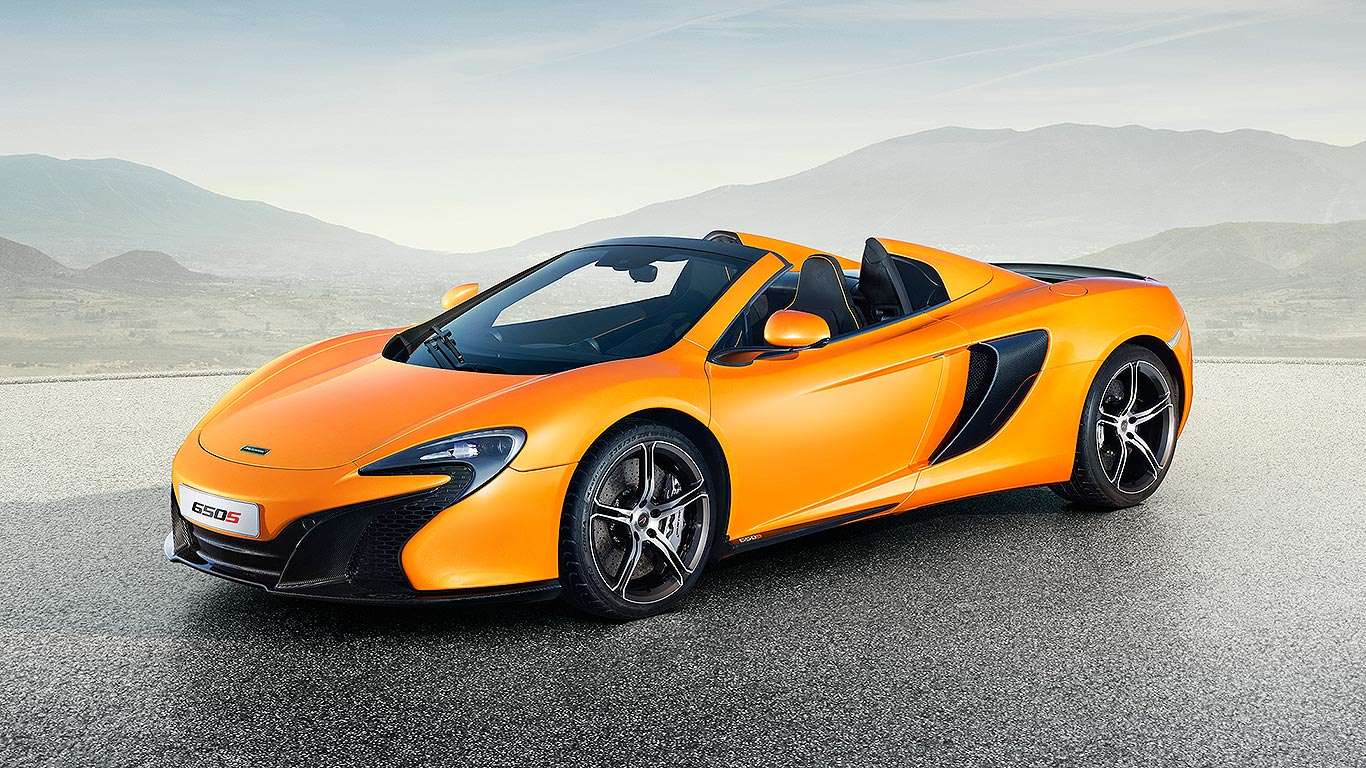 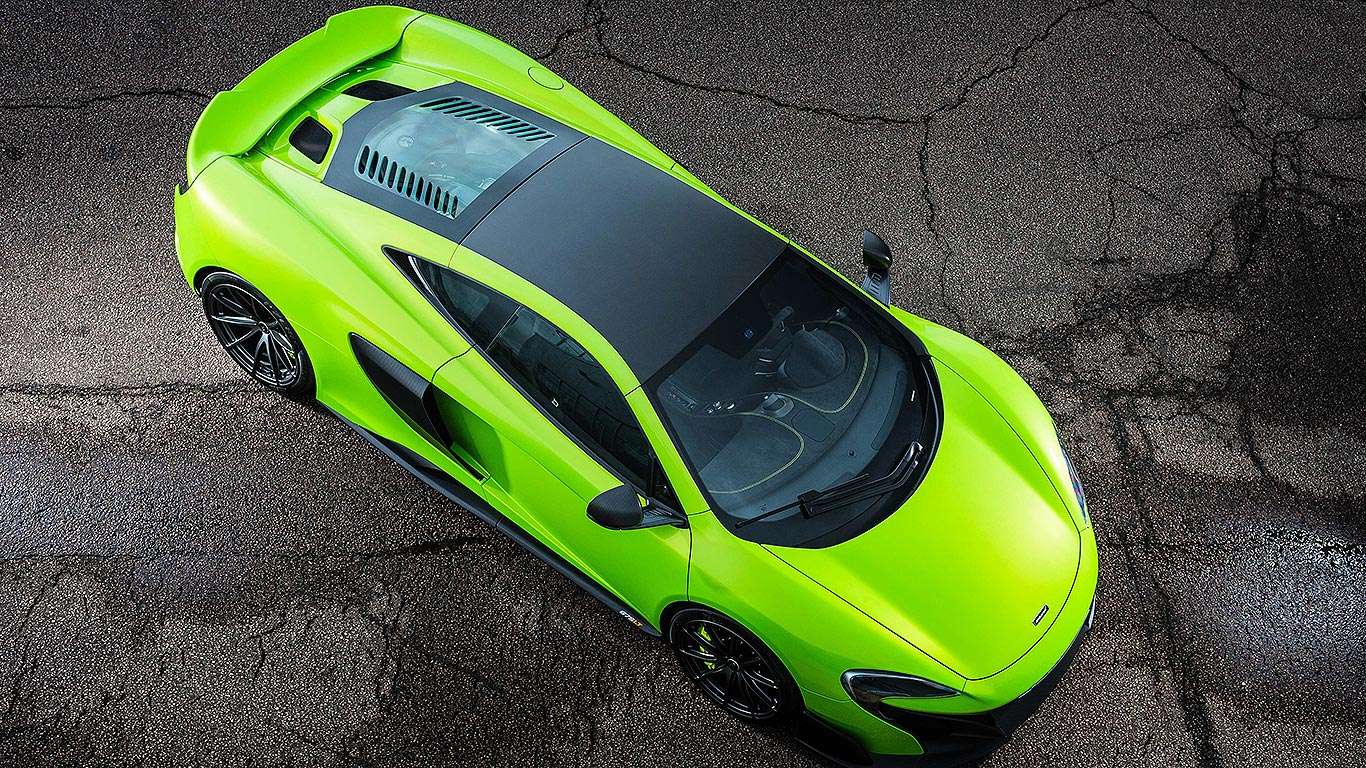 In 2015, the mighty 675LT arrived. That’s LT for ‘longtail’, harking back to the 1997 F1 GT. A full-length rear airbrake, hyper-tuned suspension and a wild 675 horsepower engine made for an exceptional drive (and enough speed around a track to almost match the P1). Weirdly, they also took a tin-opener to this most hardcore of models, for the Spider variant. 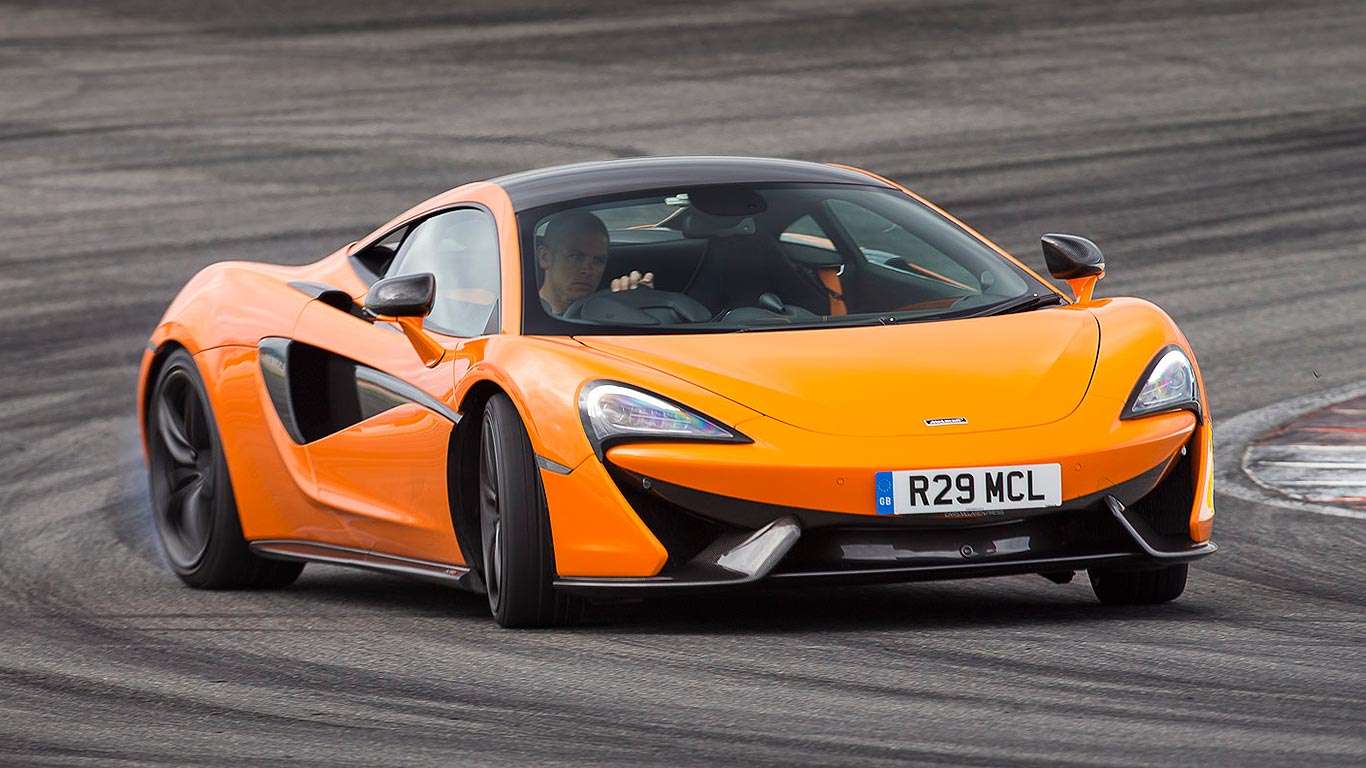 McLaren rounded out 2015 with what was to prove its important car yet – the 570S. A more affordable, more accessible sports car to take on the Porsche 911 and Audi R8, this is the car that saw McLaren Automotive grow to its target of building 4,000 road cars a year – and beyond. A drop-top 570S would follow, for those who want their Sports Series McLaren with a bit more sky. 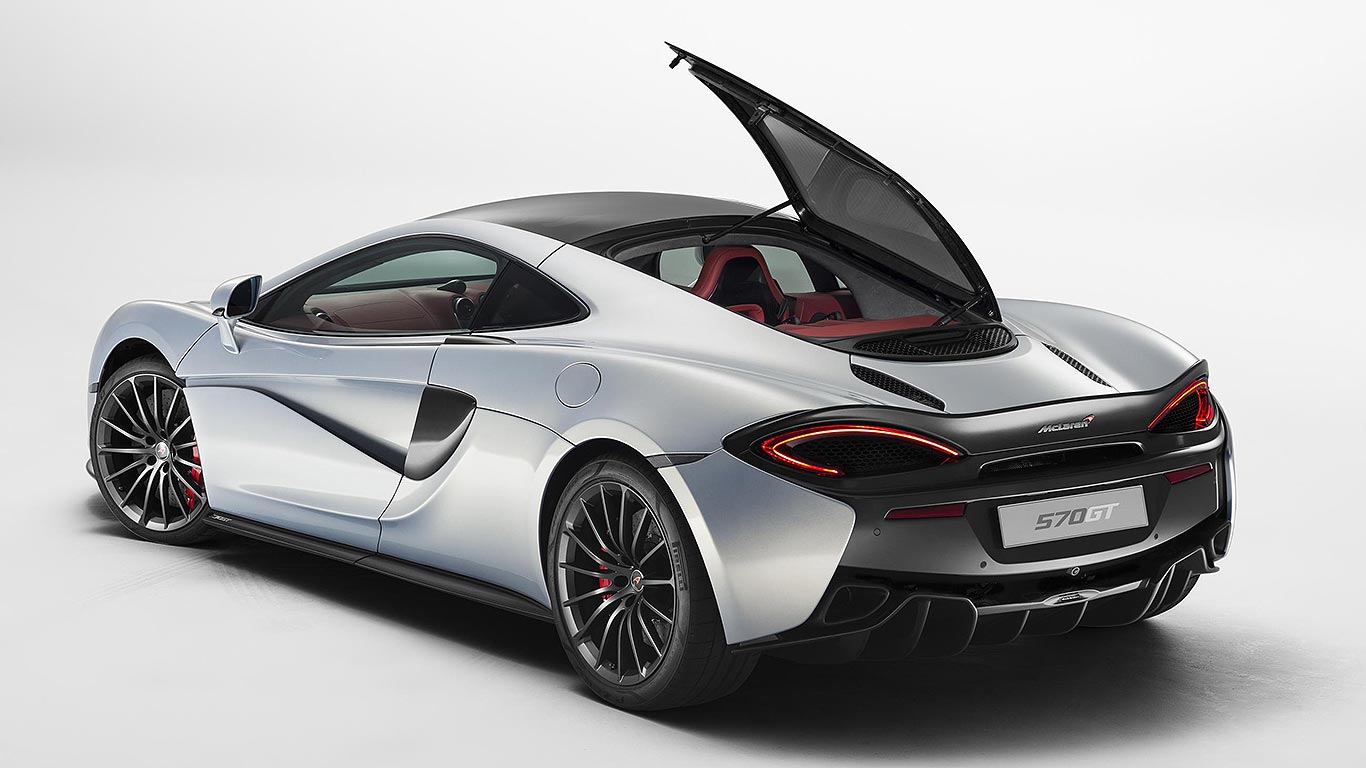 The 570GT was the first modern McLaren that wasn’t billed as an out-and-out sports car. It was more rounded, with (slightly) more supple suspension and a side-hinged glass tailgate that revealed a load bay bigger than many superminis. It’s this GT theme that the firm has subsequently developed further… 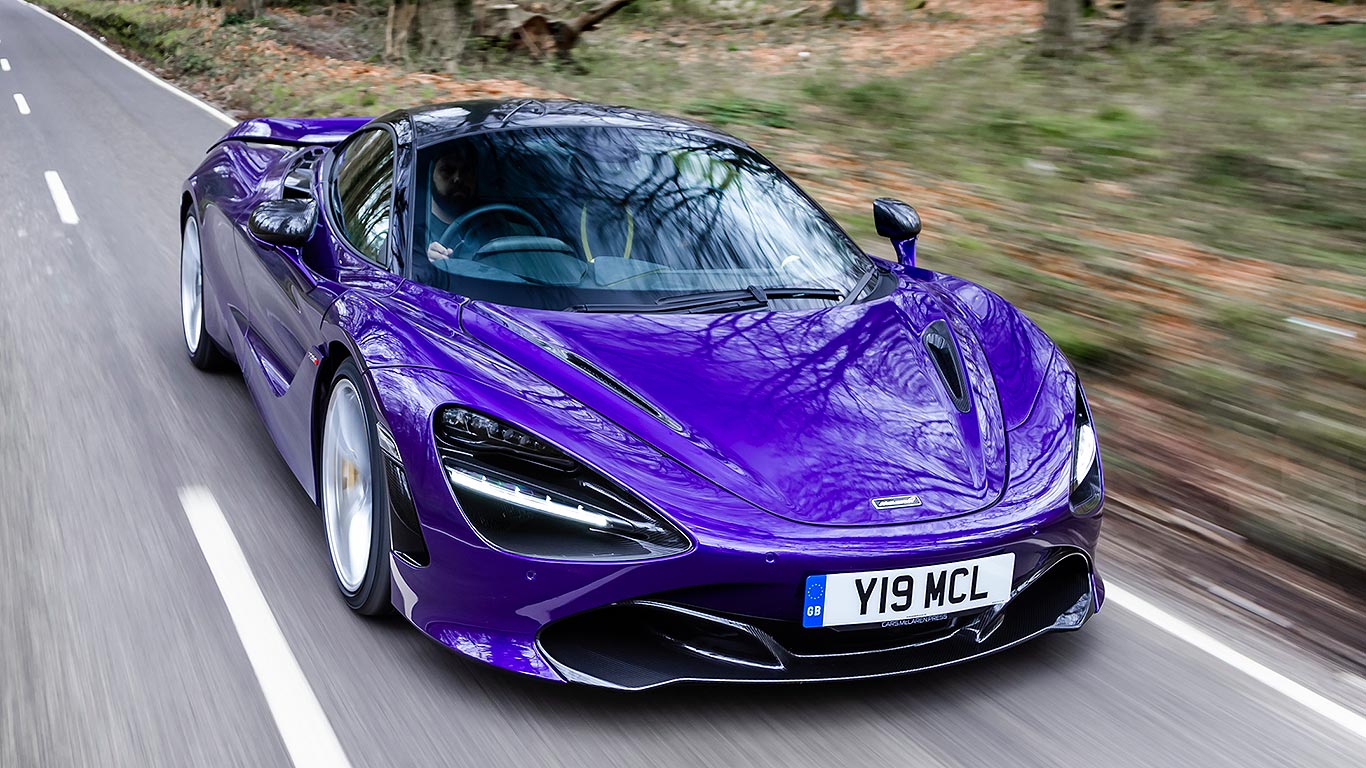 The mighty McLaren 720S was the firm’s Super Series replacement for the 650S – and the first time it had given one of its cars a ground-up makeover. The name says it all: 720 horsepower. Performance is absolutely incredible: no wonder it scooped the 2019 World Performance Car of the Year prize. Now available in open-air Spider flavour, too. 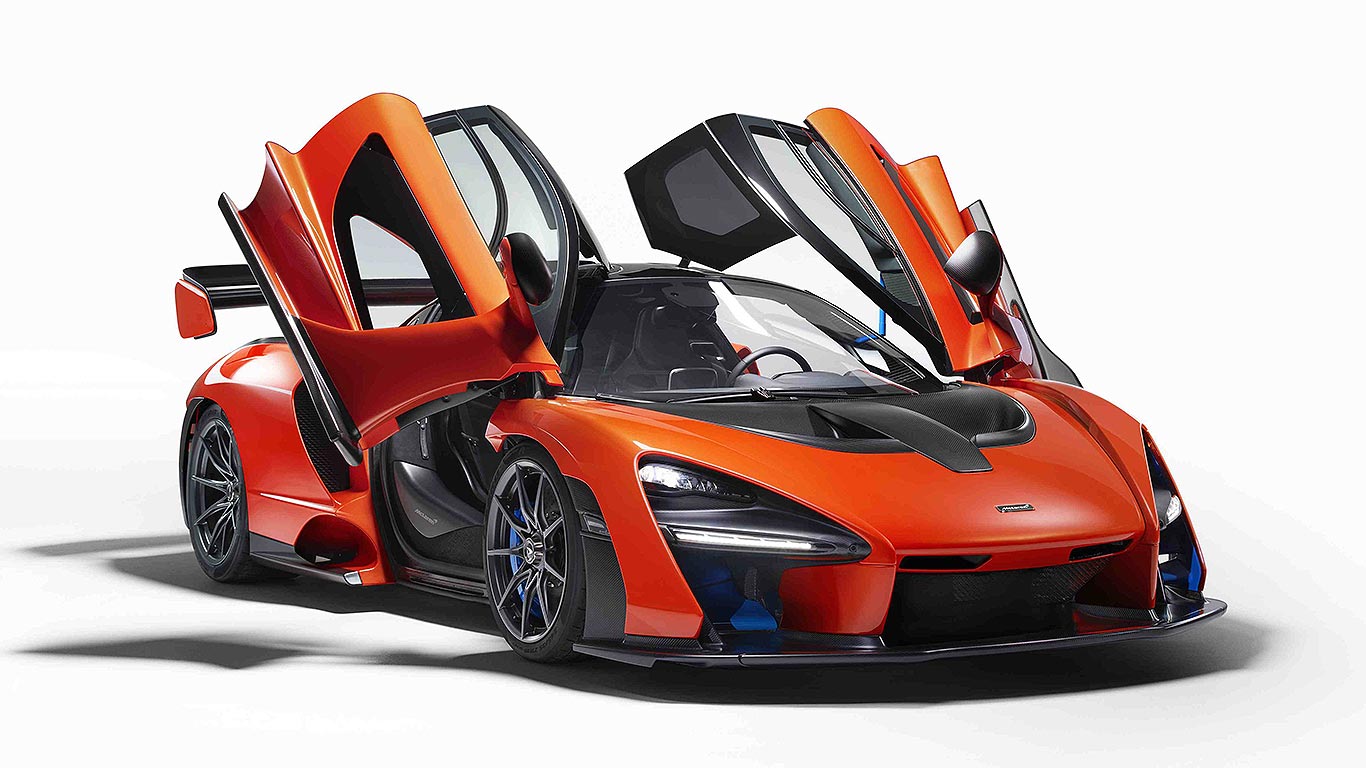 McLaren’s next Ultimate Series model was a curious follow-up to the P1. Once you get past the controversial styling, you find no hybrid systems and less power than the car that preceded it. That’s because the Senna is all about pure track work – lightweight function over form. You know what doesn’t give as much downforce as a Senna? Most conventionally pretty cars. You know what weighs a lot more? The P1, with its batteries. We reckon this 800hp tribute to Ayrton goes well enough without extra electric puff. 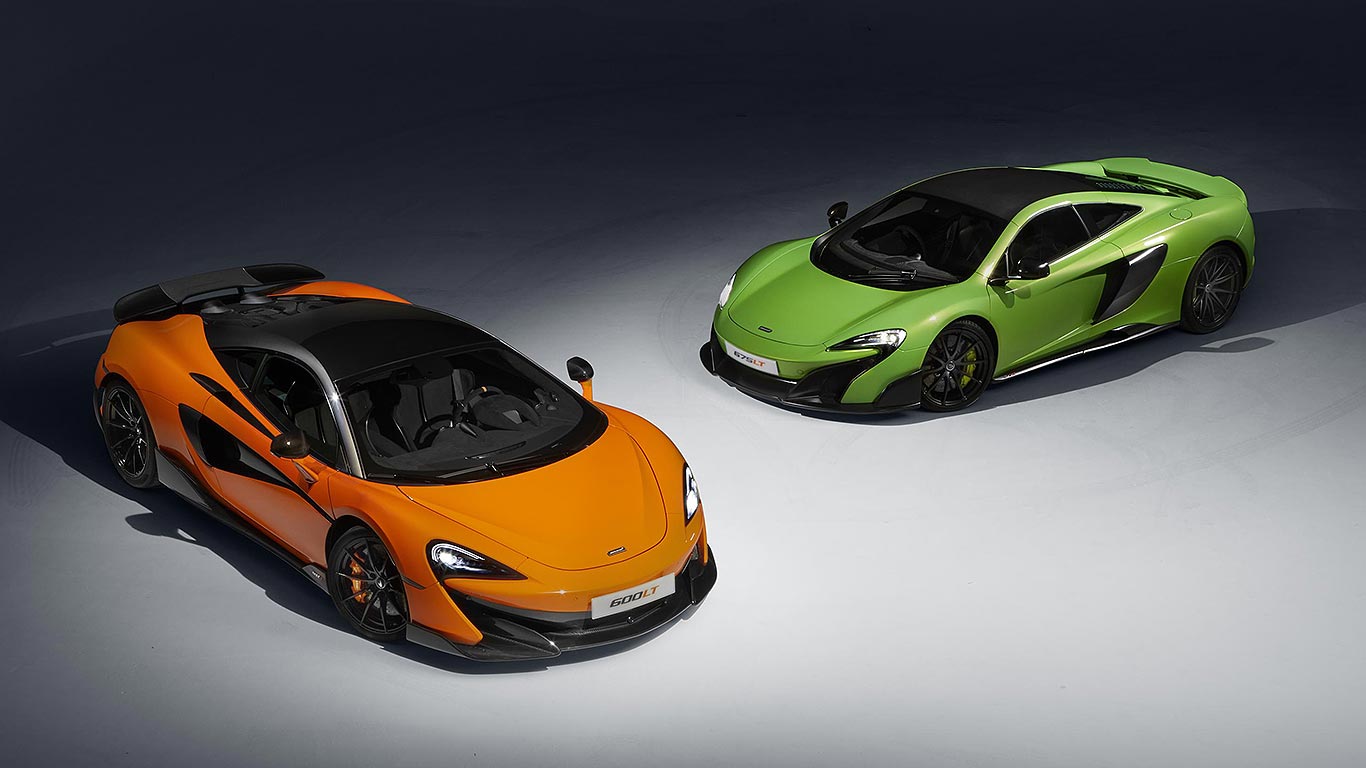 Long-awaited, given the superb reaction to the 570, was this more hardcore 600LT variant. You know the drill: weight down, power up, handling tuned, aero added. This fire-spitting GT3 RS-baiter topped many Car of The Year votes, including our own. Curiously, this hardcore track version is also available with the wind-in-the-hair experience. Further testament to the stiffness of that incredible carbon tub. 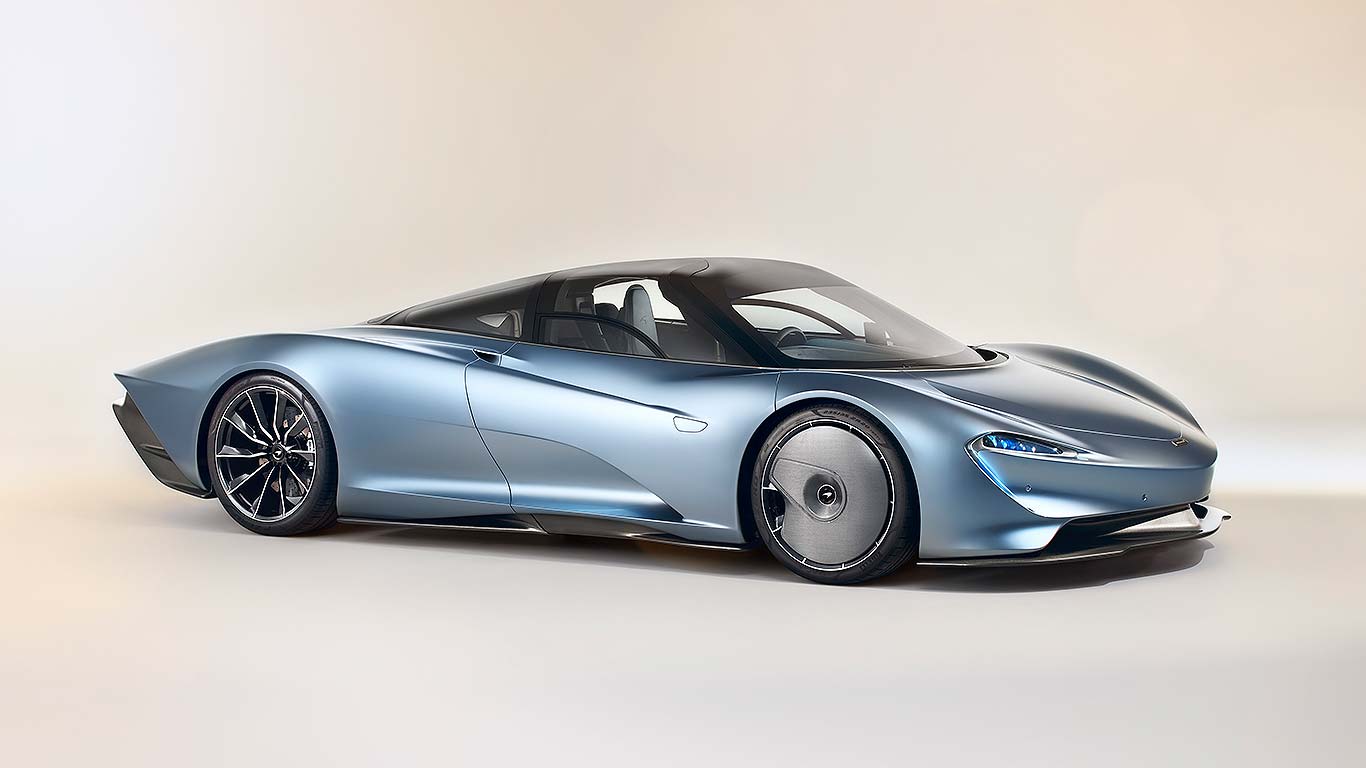 The Speedtail is the second wave of McLaren’s two-pronged hypercar attack. It’s pretty much the opposite of the Senna in every way. This car is all about being smooth and comfortable: a hyper GT. A 250mph 1,000hp hybrid whale-tail private jet for the road, it will also carry three occupants, with the driver in the middle – a nod to the F1 that started it all. 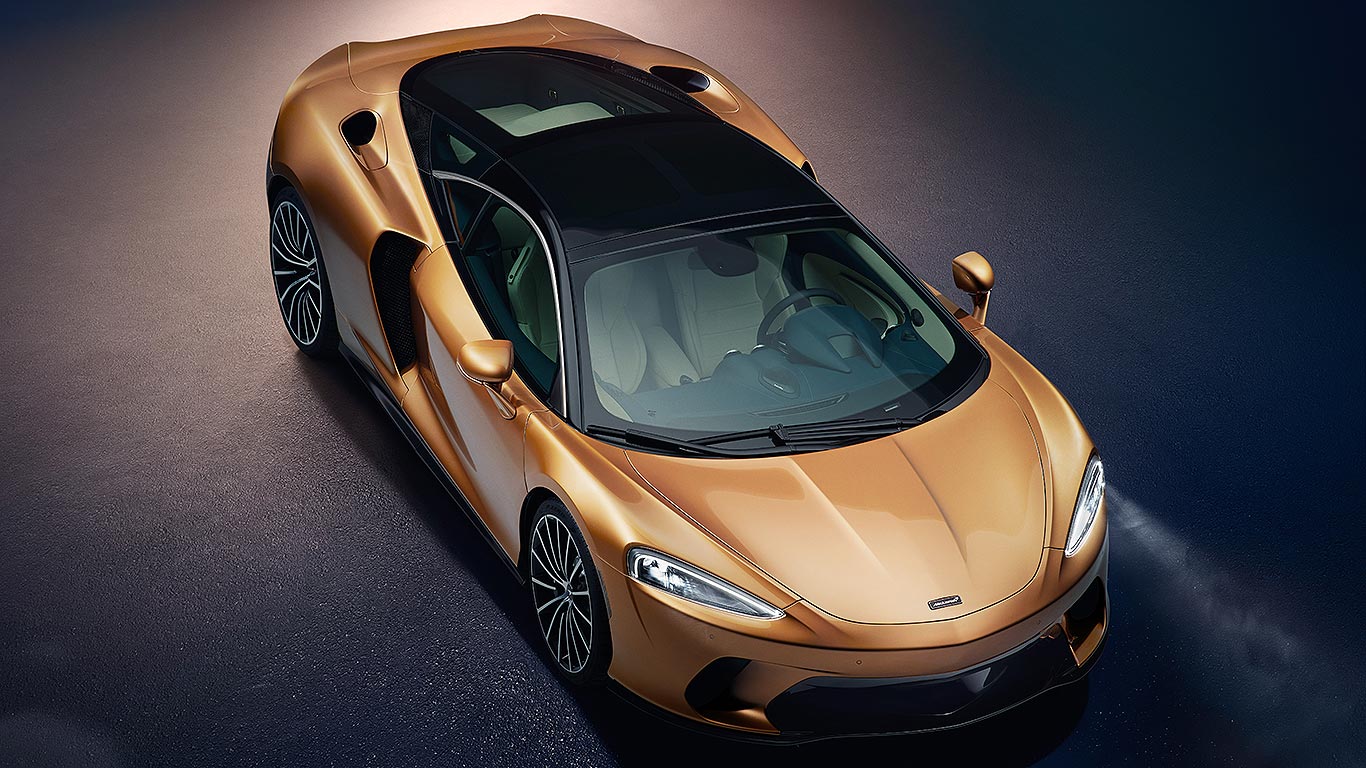 Finally, the GT. It’s a new model inspired by the success of the 570GT. This is the third of McLaren’s road cars (after the 570GT and Speedtail) to shirk outright track performance for grand touring prowess. Its sleek looks immediately mark it out as something more nuanced than its bewinged brethren. Its boot will take overnight bags and golf clubs with ease, while a new infotainment system should be a big improvement. Still want that Aston Martin DB11 AMR?