From the Mk1 Golf GTI to the very latest Golf R, we celebrate the launch of the Mk8 Golf with some of its finest predecessors 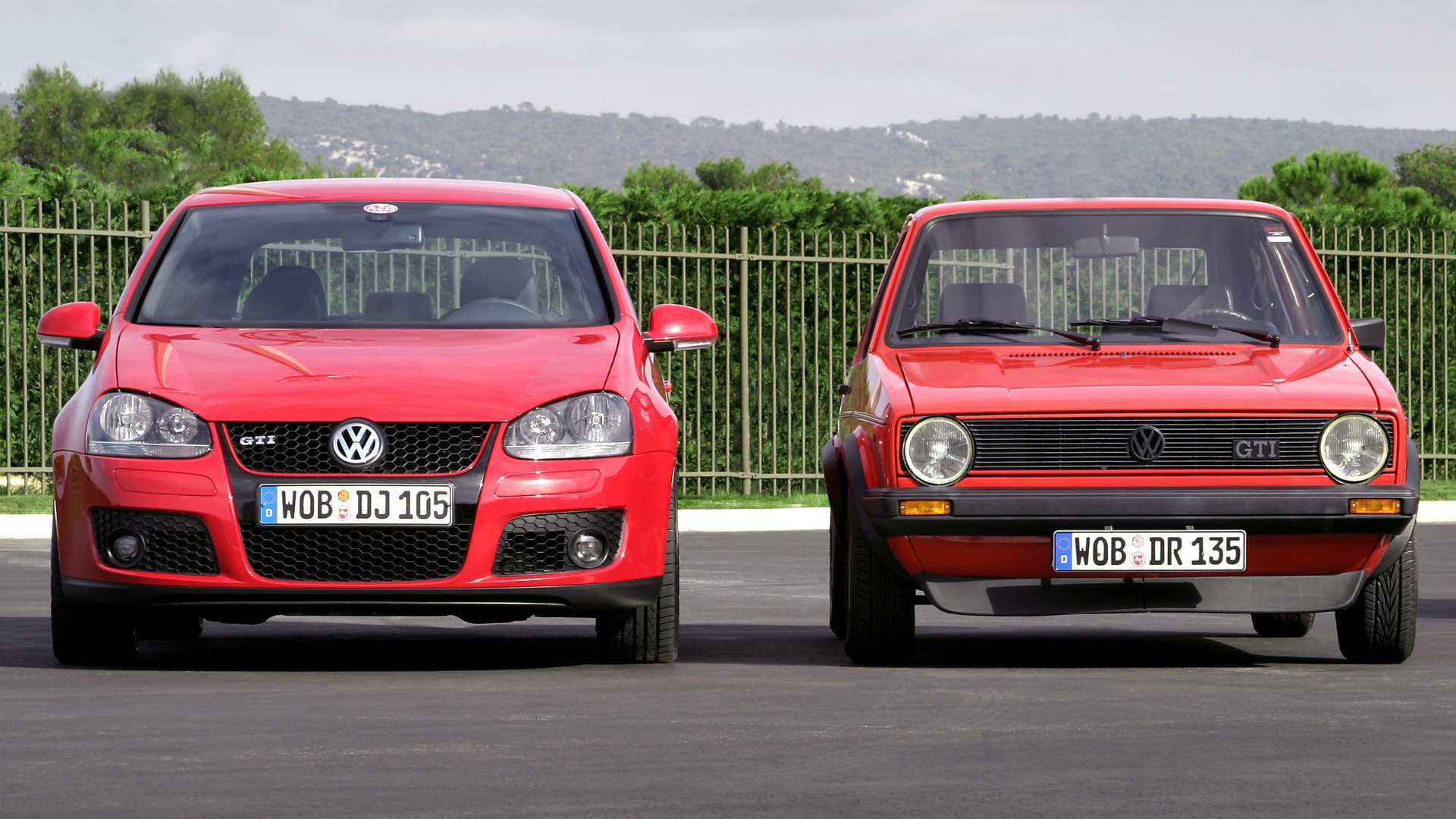 The term game-changer is bandied about all too frequently, but it could be used to describe the original Volkswagen Golf. Not only did it usher in a new era of water-cooled hatchbacks for a company with a heritage of air-cooled saloons and trucks, but it changed the shape of modern motoring. To mark the arrival of the Mk8 Volkswagen Golf, we celebrate with a small selection of the car’s best strokes. 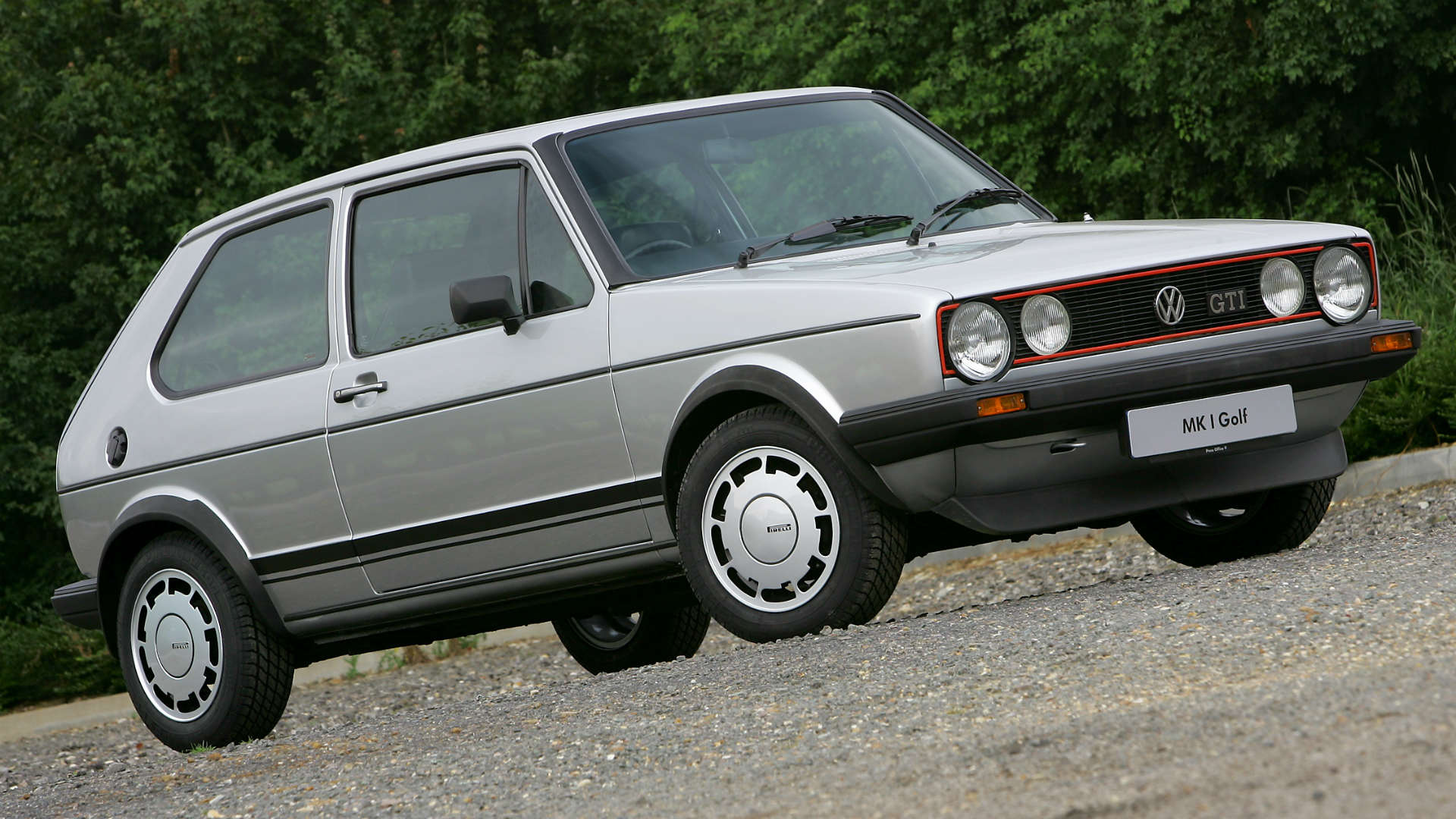 We start, perhaps predictably, at the beginning. Although the Volkswagen Golf arrived in 1974, we’d have to wait a year until the Golf GTI debuted at the Frankfurt Motor Show, with the first right-hand-drive models not appearing in the UK until 1979. It was worth the wait. Our Tim Pitt is a fan and former owner. Writing for Car, he said: “Today, ‘GTI’ is a brand, the badge that adorns a range of Volkswagens from the Up to Golf GTI Clubsport S. Yet everything harks back to the Mk1. It’s the archetypal hot hatch, and still an engaging, exciting driver’s car.” 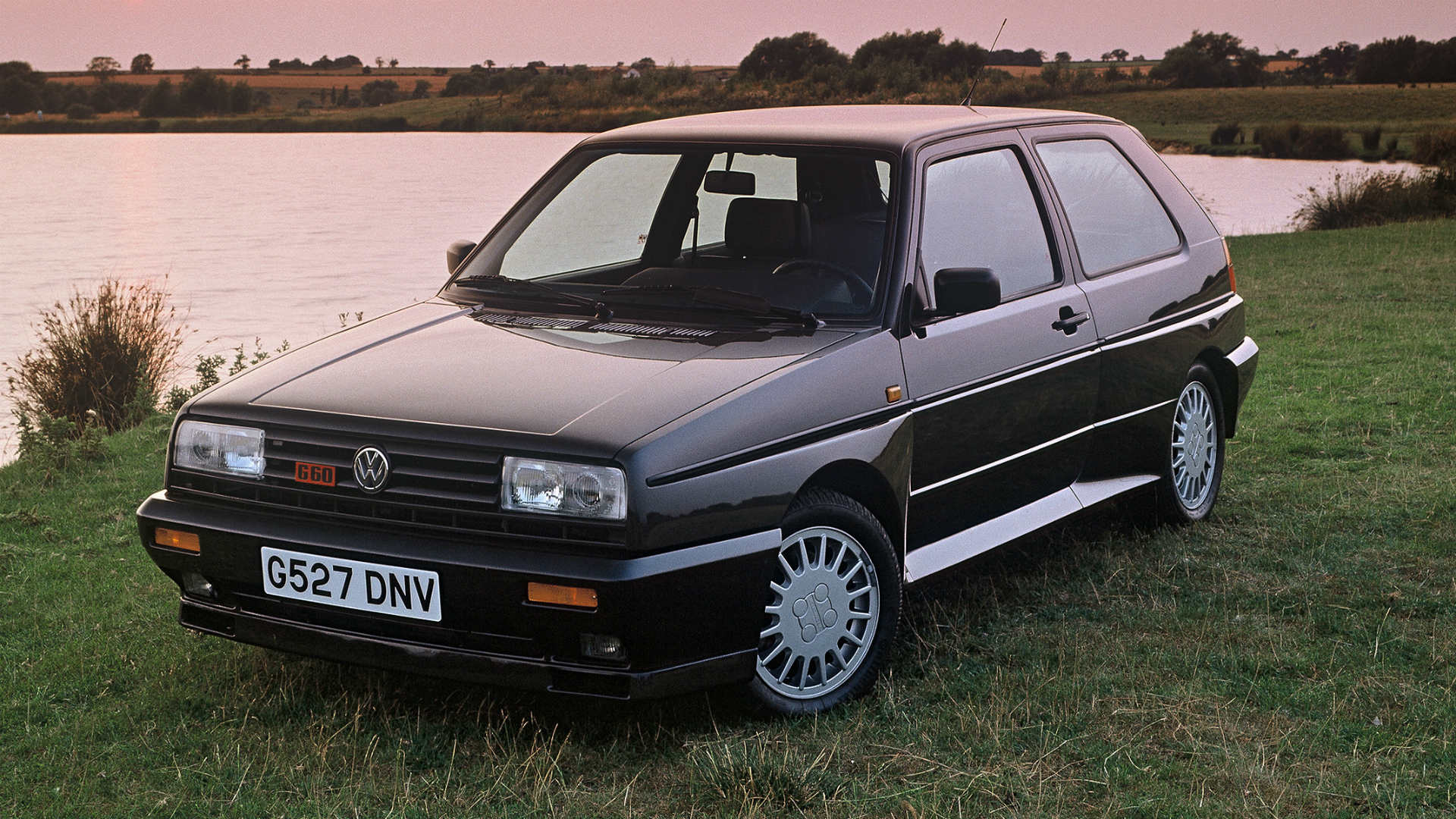 At the time of its launch, the Volkswagen Golf Rallye was the most powerful production Golf to date, but that was only half the story. Thanks to its Syncro four-wheel-drive system, it weighed a portly 230kg more than the contemporary Golf GTI 16v, which served to blunt its performance. According to Car, it was “As ugly as a Staffordshire bull terrier, but without the bite.” Time has been kind to the Rallye, mind. Your author owned one of the 80 UK-spec left-hand-drive models and still remembers the whine of the supercharger and the limpet-like all-weather grip. 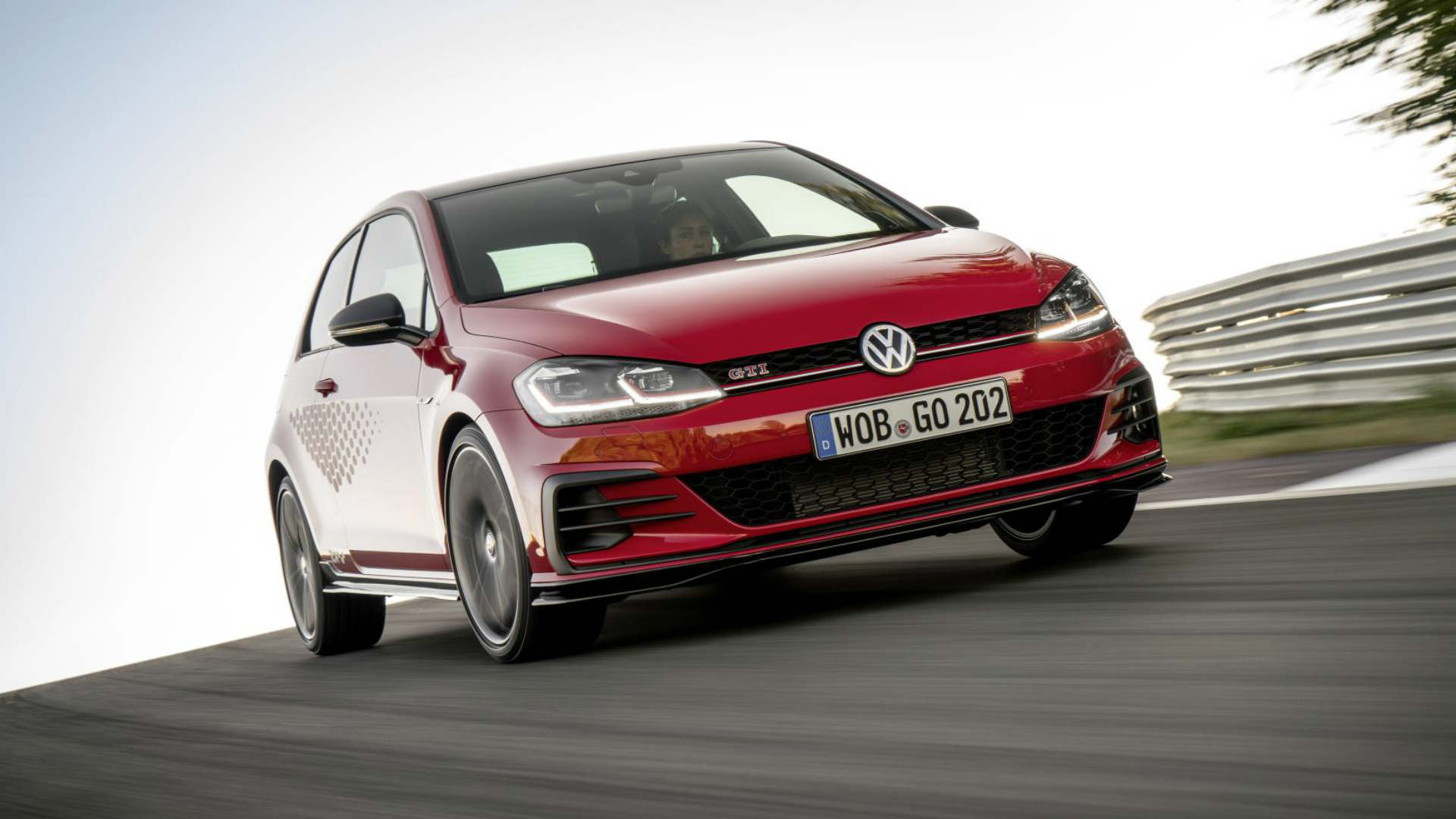 The Volkswagen Golf GTI TCR is the last hurrah for the Mk7.5 Golf, its name inspired by the Touring Car Racing series. It offers a 45hp boost over the Golf GTI Performance, but falls 10hp short of the Golf R, but that doesn’t mean it plays second fiddle to the all-weather hot hatch. Thanks to a raft of upgrades, it feels a tad more special than the R, especially if you opt for the Performance Pack. Having spent the day driving a TCR in Mid Wales, we think it’s a fitting send-off for the Mk7.5. 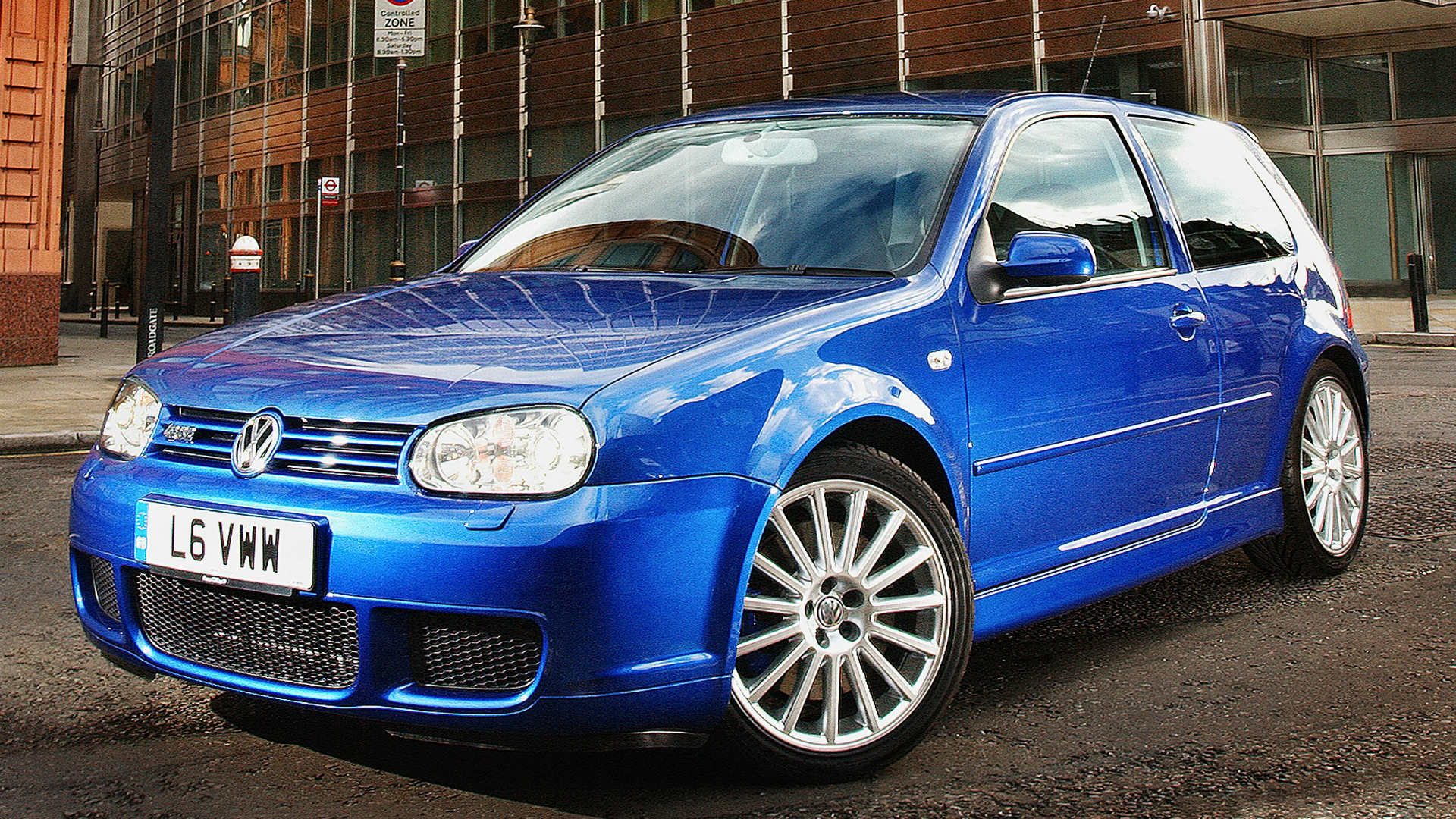 The Mk4 was a landmark car and represented a turning point for the Volkswagen Golf. Boss Ferdinand Piech pushed the hatchback further upmarket, helping it to become the default choice in a competitive segment. In truth, the Mk4 didn’t represent the GTI’s finest hour, but the R32 was in a different league. Launched at the Madrid Motor Show in 2002, the R32 was powered by a 3.2-litre narrow-angle V6 engine and driven by a sophisticated 4Motion system. It also heralded the arrival of Volkswagen’s Direct Shift Gearbox (DSG). 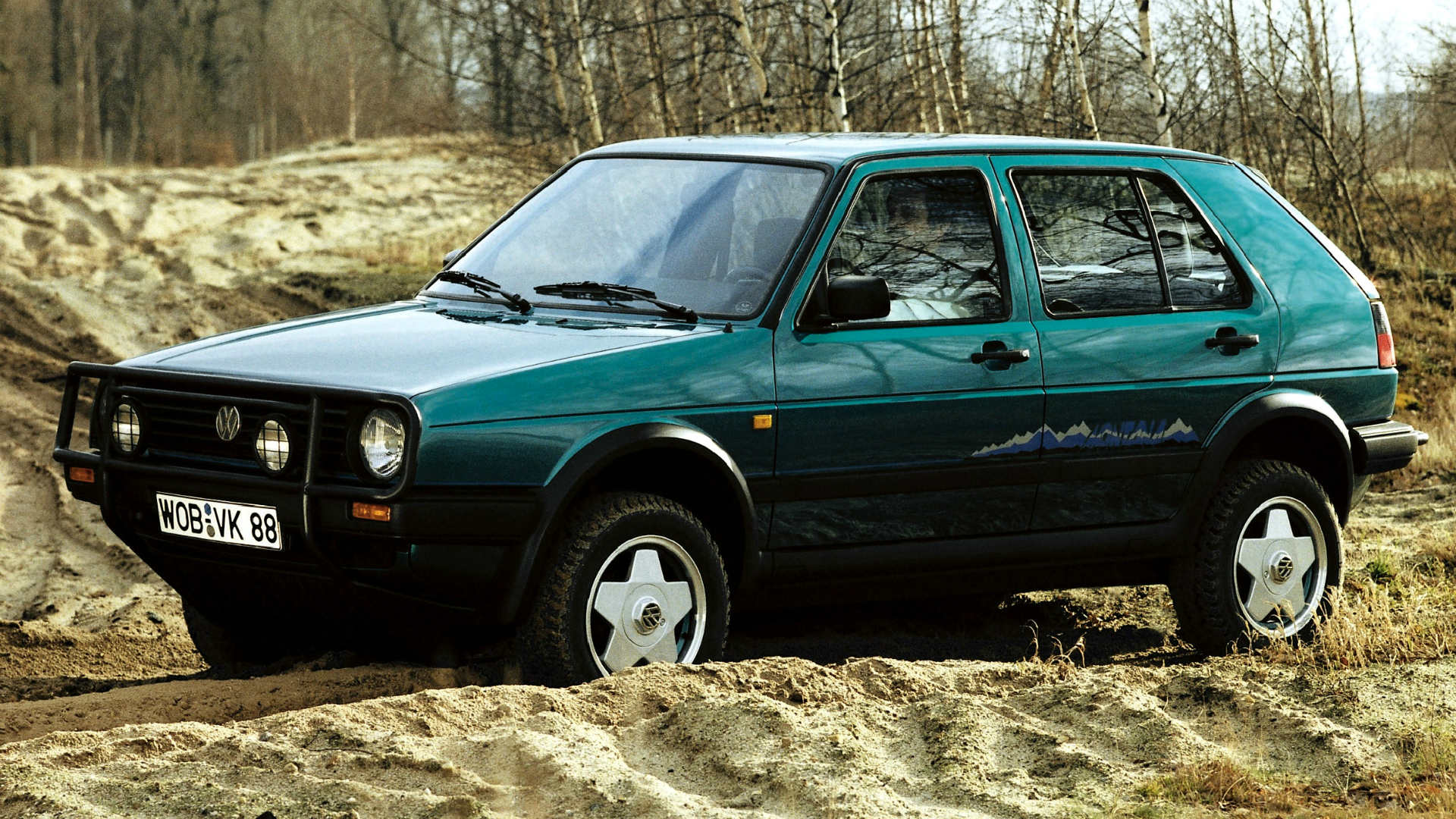 Not the greatest Volkswagen Golf as such, but the Cross Country deserves credit for being ahead of the curve. Launched as a concept at the 1989 Geneva Motor Show, the recipe for the Golf Cross Country will be familiar to today’s car buyers. Volkswagen entrusted Steyr-Daimler-Puch in Austria with the production of the go-anywhere Golf, which featured raised suspension, body armour and the Syncro four-wheel-drive system. It was a sales disaster, but it provided a brief glimpse into the future. 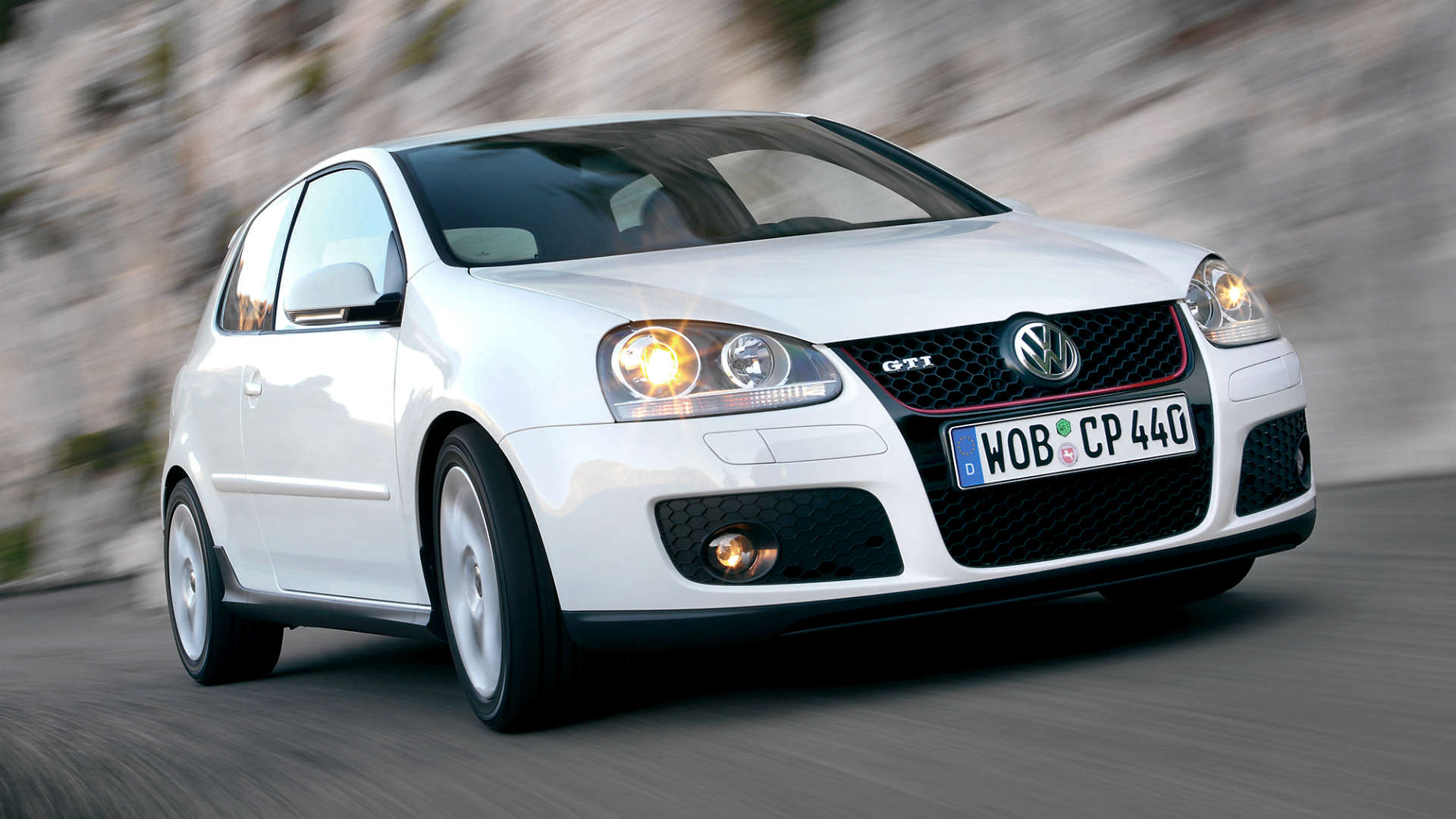 Volkswagen knew that it had dropped the ball with the Mk3 and Mk4 versions of the Golf GTI. A major rethink was required, which is why the GTI wasn’t launched alongside the standard Mk5 Golf, with Volkswagen choosing to unveil a ‘Concept GTI’ to generate interest. It worked: looking back, making such overt references to the Mk1 Golf GTI was a dangerous game. It’s just as well the Mk5 Golf GTI lived up to the hype. 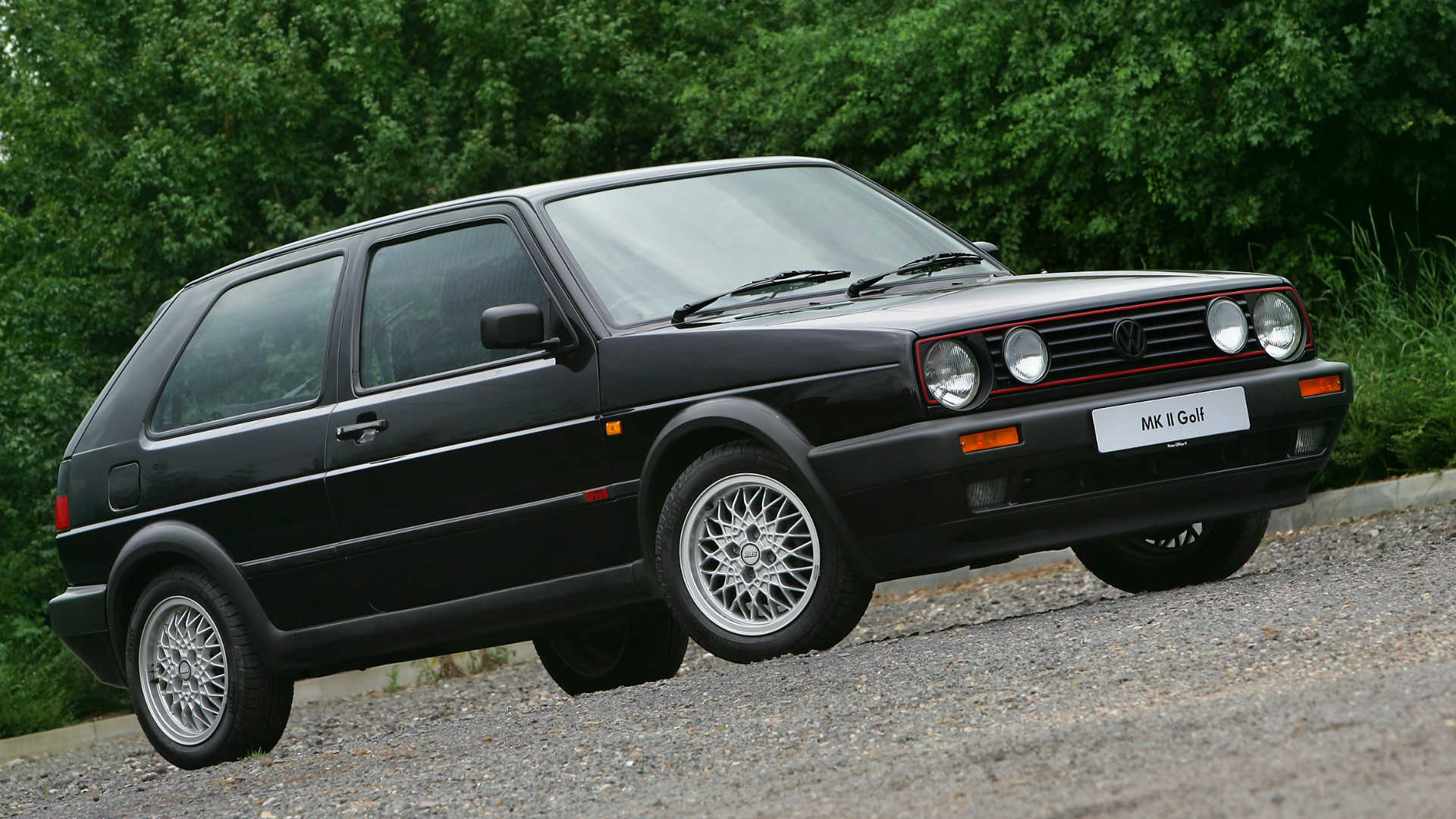 First came the Mk2 Golf GTI 8v. Then, when faced with a growing army of hot hatch rivals, Volkswagen responded with the launch of the Golf GTI 16v. It didn’t make the 8v redundant – some believe that it offers greater day to day driveability – but with 24 percent more power and 9 percent more torque, it became the most sought-after model in the range. It was also the quickest Golf GTI to date. 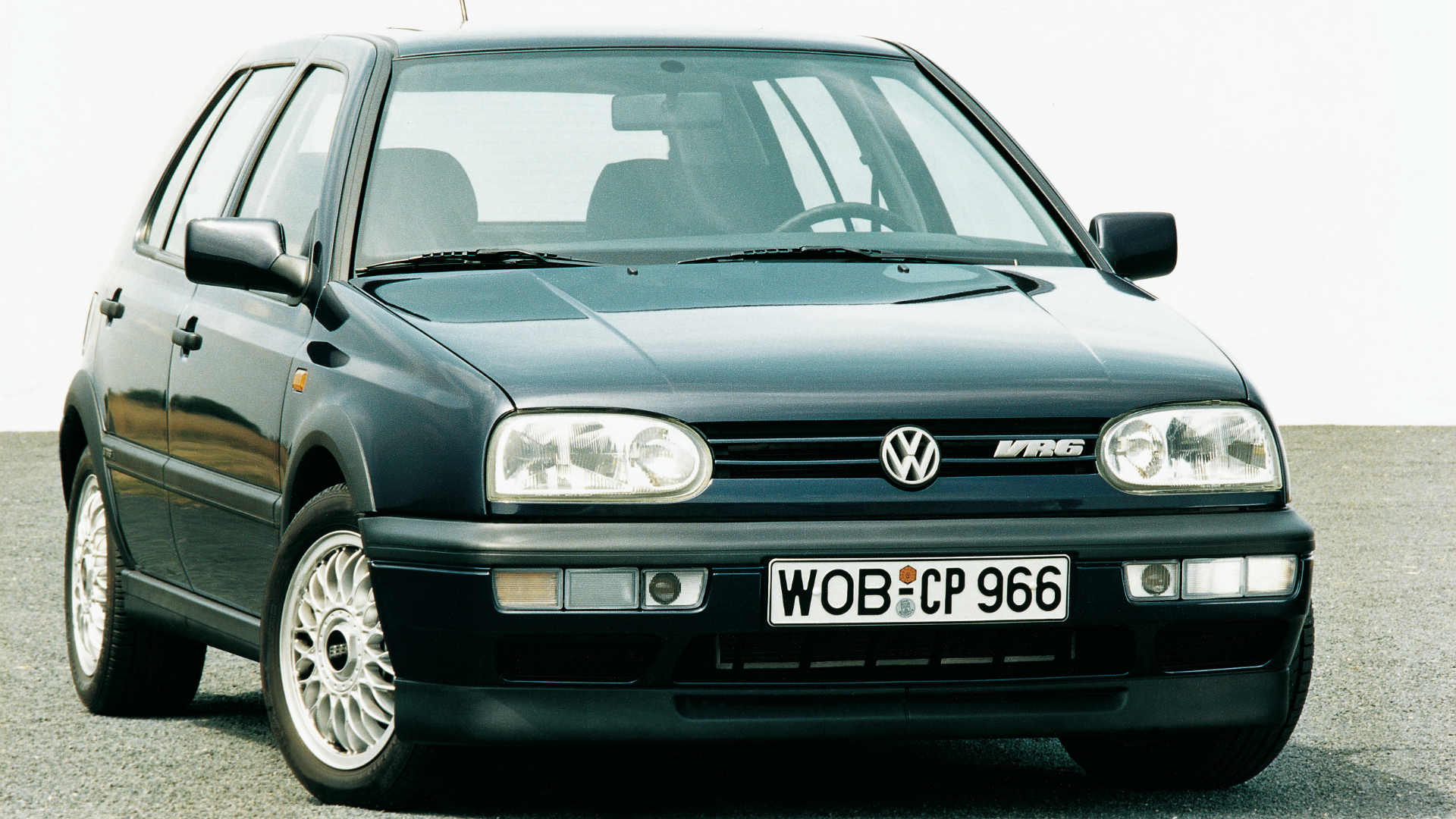 The Mk3 Golf gets a hard time in the media, and not all of it is justified. Even diehard Golf fans would be forced to admit that the Mk3 Golf wasn’t a high point for the badge, but the VR6 should be remembered with fondness. Although the six-cylinder engine debuted in the Passat, it was a first for a car in this class, and it gave the Golf grand tourer-like qualities. Volkswagen didn’t position it as a hot hatch, but as a relaxed, comfortable and rapid cruiser. Judged on these attributes, it’s a fine car, especially in Highline trim. 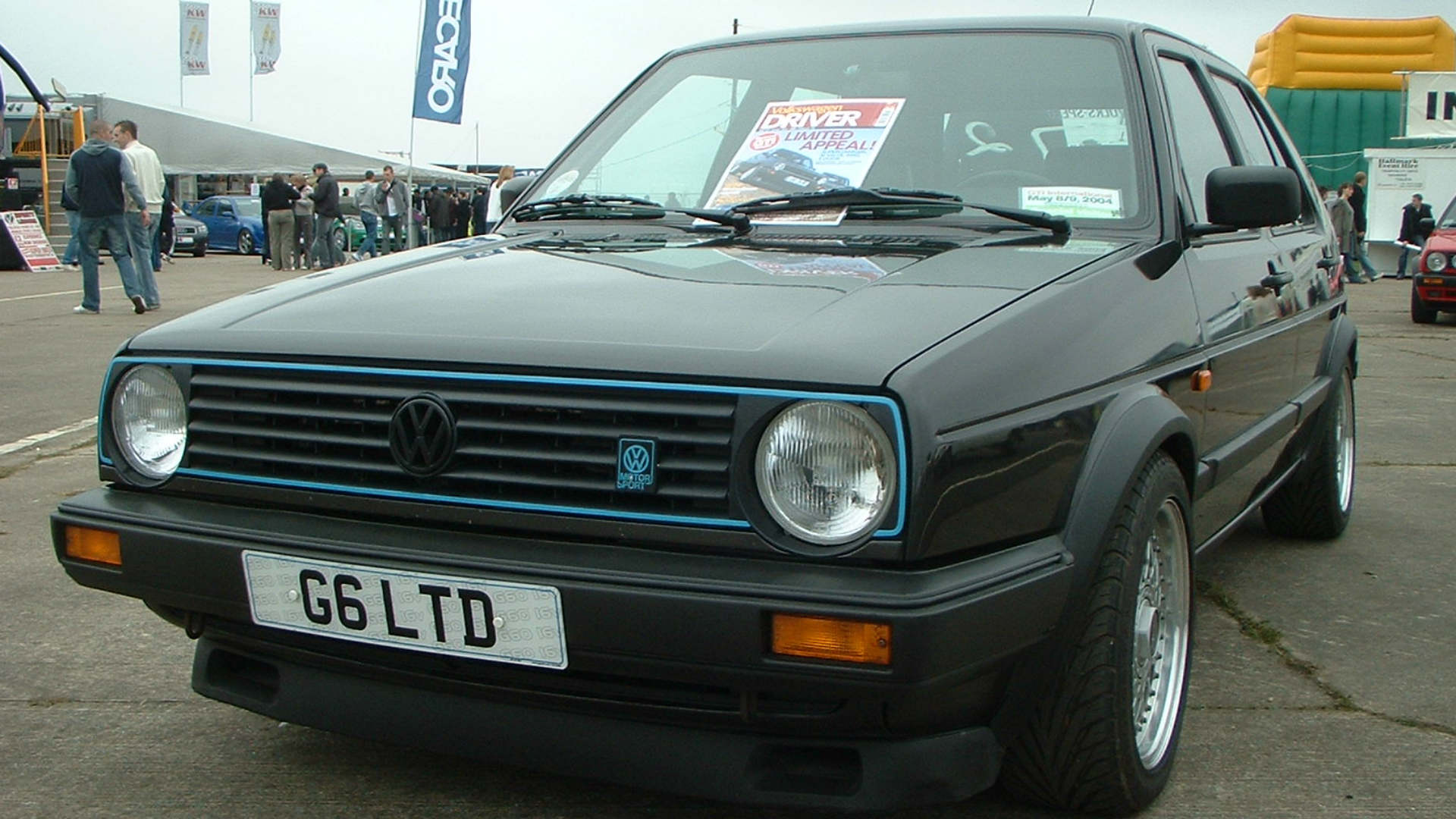 The Golf G60 Limited is essentially a five-door hatchback with the inner workings of the Rallye. Not to be confused with the more attainable (and excellent) Golf G60, the G60 Limited was handbuilt at Volkswagen Motorsport in Hannover at a rate of one a week. With a top speed of 140mph, it had genuine Q-car qualities, placing it at the top table of the performance car elite. Just 71 were built, making the Limited one of the most desirable Golfs on the planet. 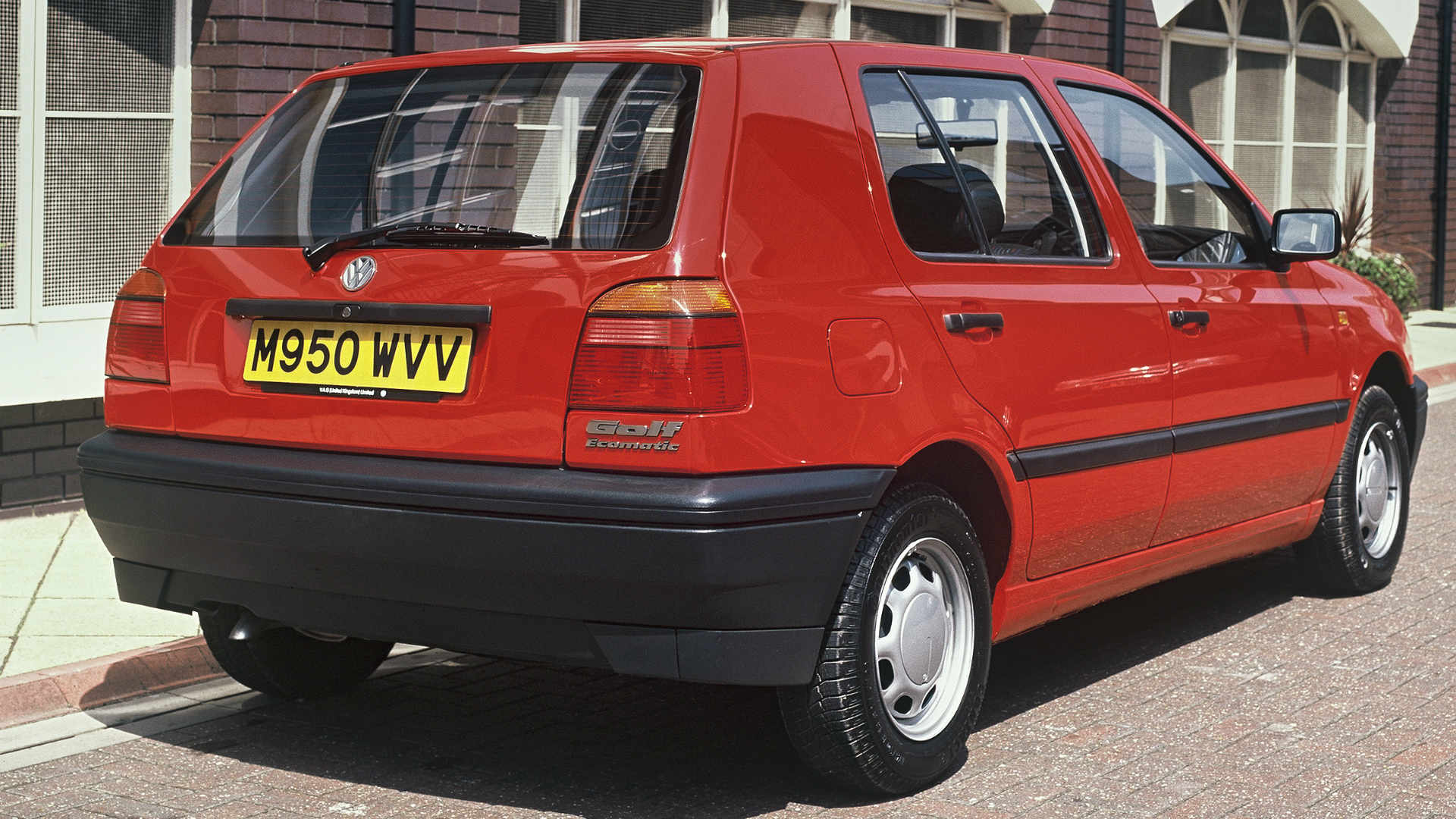 Much like the Golf Cross Country, the Golf Ecomatic was very much ahead of the curve. To reduce fuel consumption and cut emissions, the Ecomatic’s 1.9-litre diesel engine could cut out in traffic and when coasting. The driver simply lifted the throttle to cut the engine, with Volkswagen claiming a 22 percent improvement in fuel economy over a standard Golf with the same engine. By today’s standards, it was unsophisticated, but it paved the way for future stop-start systems. 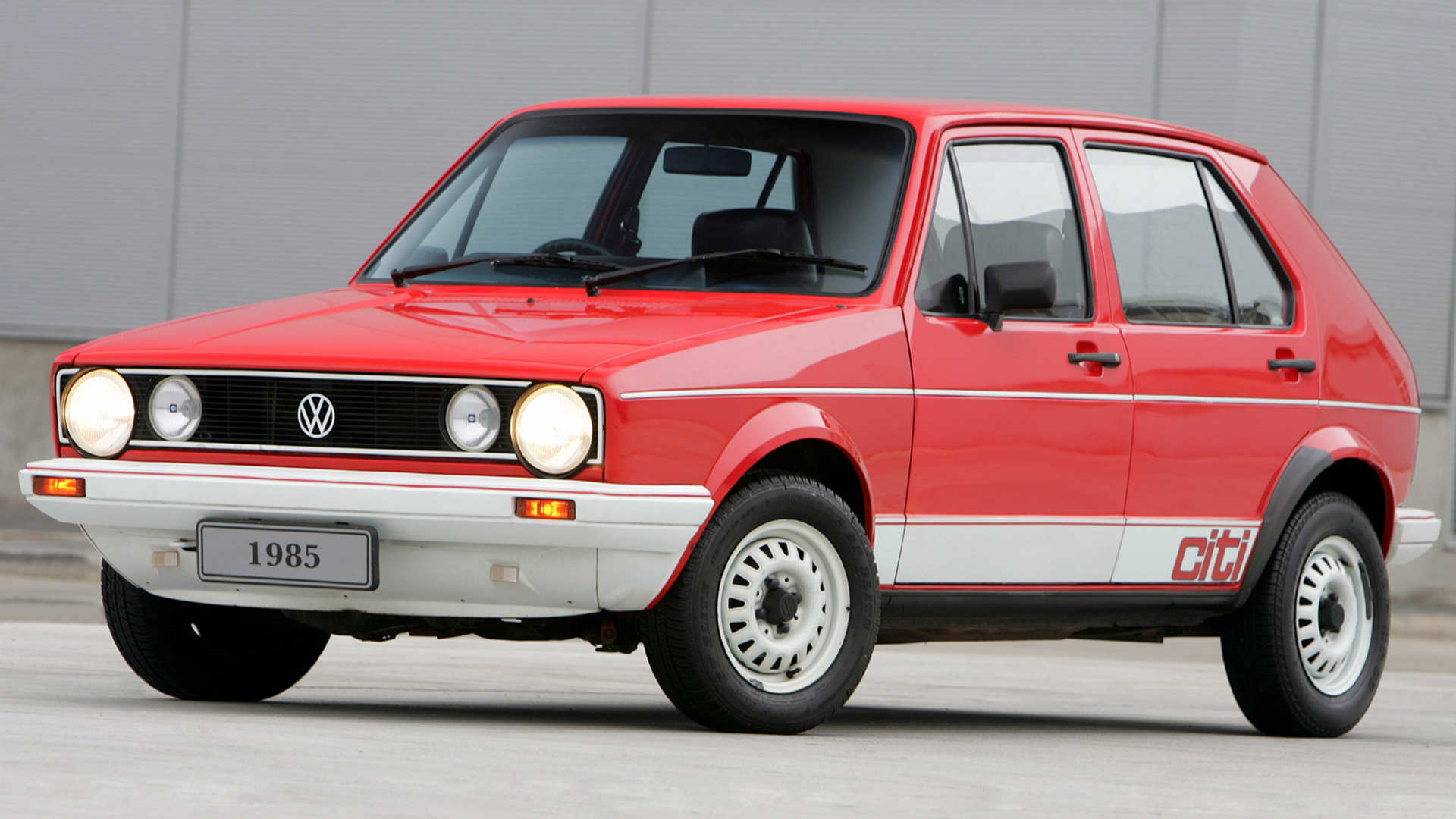 The final Volkswagen Citi Golf rolled off the production line in 2009, a full 26 years after production of the Mk1 finished in Germany. A process of continual development kept the Golf current, although it lagged behind the safety and emissions standards laid out by European and U.S. markets. Not that this stopped the Citi Golf from becoming a cult favourite in South Africa, where some 377,500 cars were built. 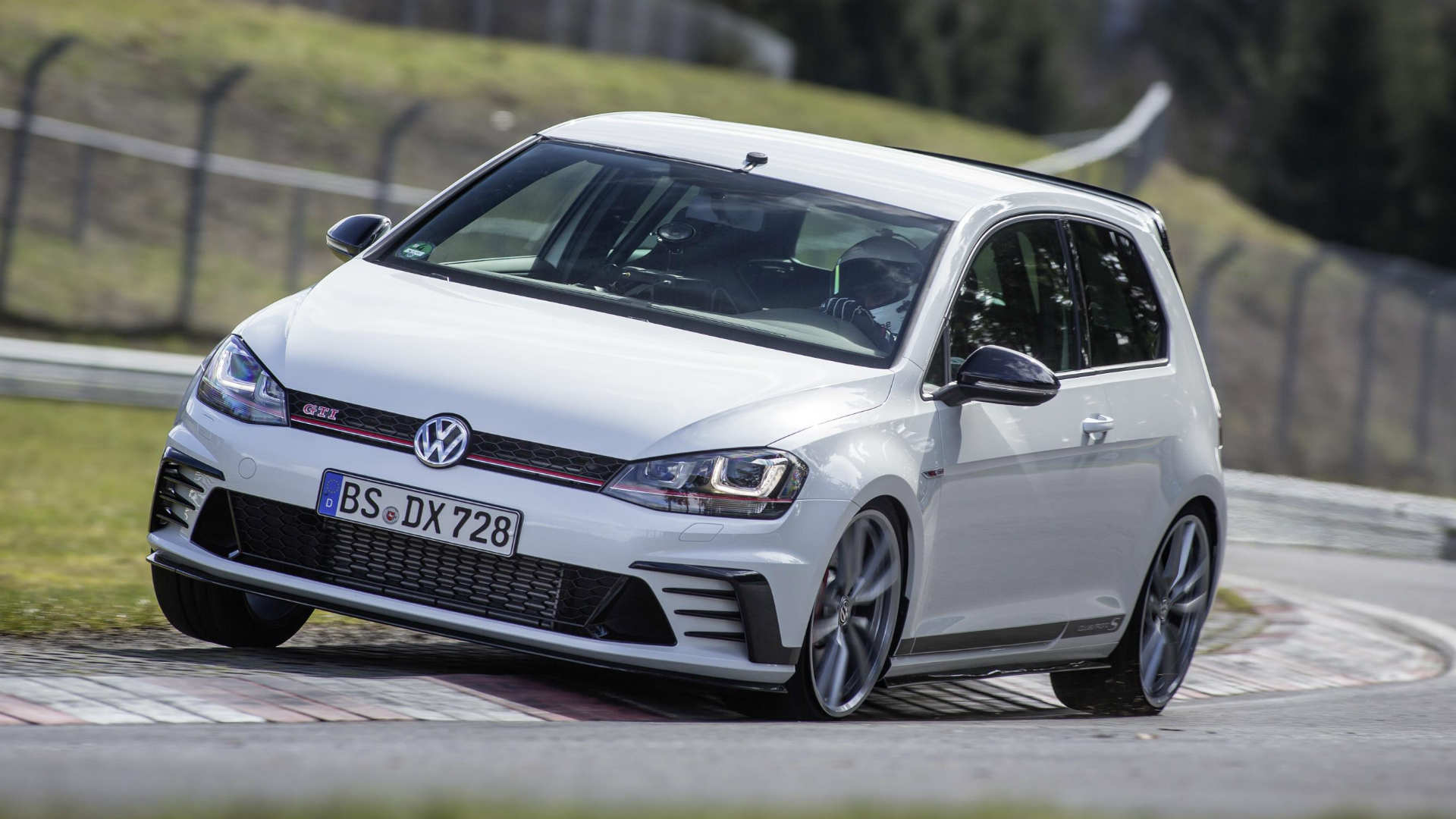 “Yes, the Golf GTI Clubsport S is fantastic. The extent to which Volkswagen has created a fully-formed Golf GTI with such a breadth of talent that makes it so special. This is the fastest and most capable Golf GTI ever, but it’s still a Golf GTI. And it’s this approachability, combined with its speed and engagement, that makes it such an impressive achievement. It’s quite the 40th birthday celebration for the original hot hatch, that’s for sure.” Our review from 2016 pretty much sums it up. 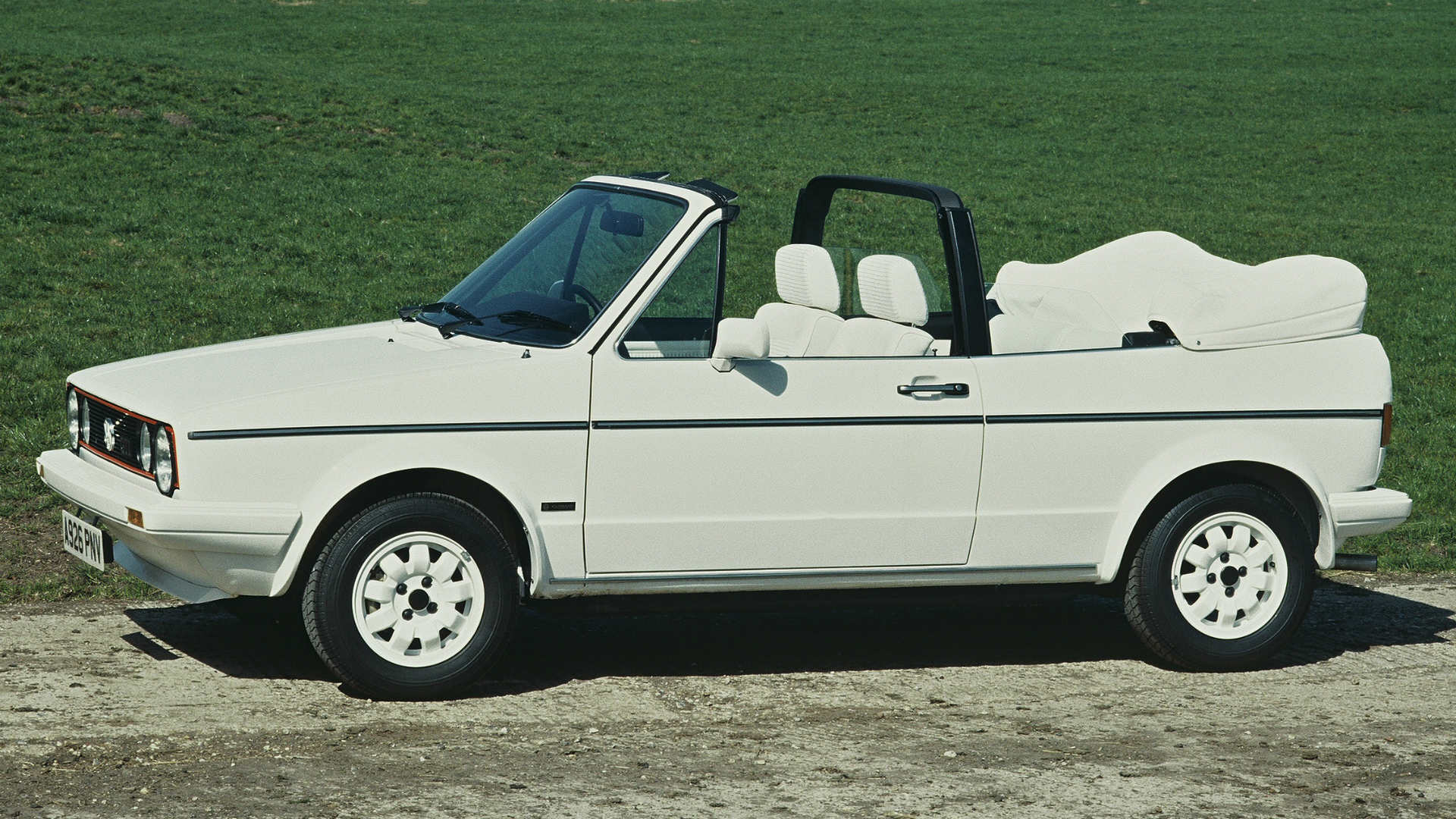 Aside from the Golf Cross Country, there’s been a strong emphasis on performance Golfs in this gallery. But the Golf is about so much more than B-road blasts and hot hatch thrills. An open version was never part of Volkswagen’s plans. Indeed, most analysts thought the market for convertibles had all but dried up. But Karmann had other ideas, which is why, after many years of development, the Golf Cabriolet debuted at the 1979 Geneva Motor Show. It outlived the Mk1, with production continuing until the launch of the Mk3 Golf in 1993. 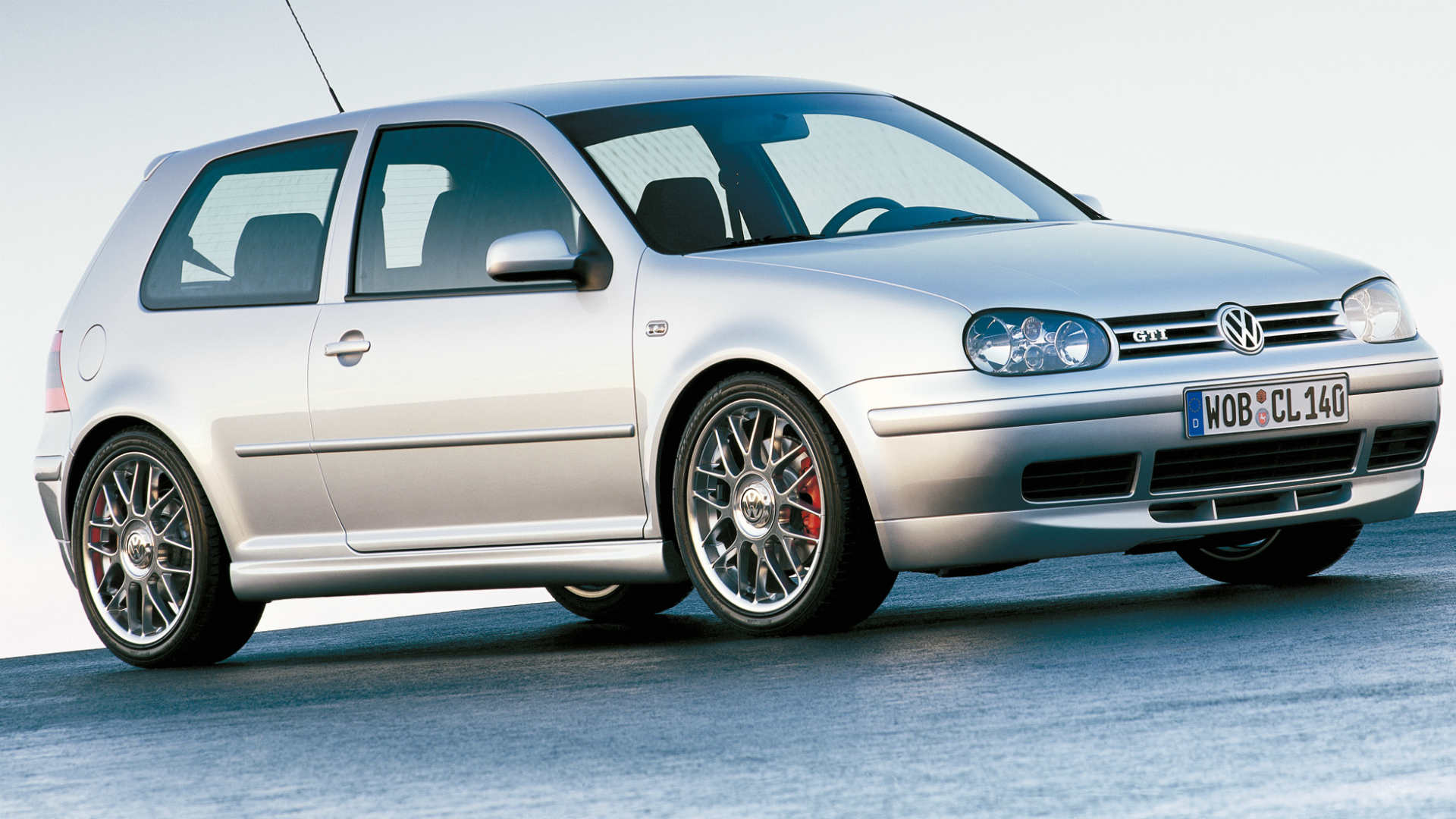 To celebrate the Golf GTI’s 25th anniversary, Volkswagen launched the aptly named Golf GTI Anniversary in 2002. Two versions were available – a 1.8-litre turbocharged petrol and a 1.9-litre diesel. The availability of an oil-burner reflected the changing nature of the hot hatch market, with diesel becoming the acceptable face of the performance car world. Highlights included 18-inch BBS alloys, Recaro seats and a golf ball-shaped gearknob. 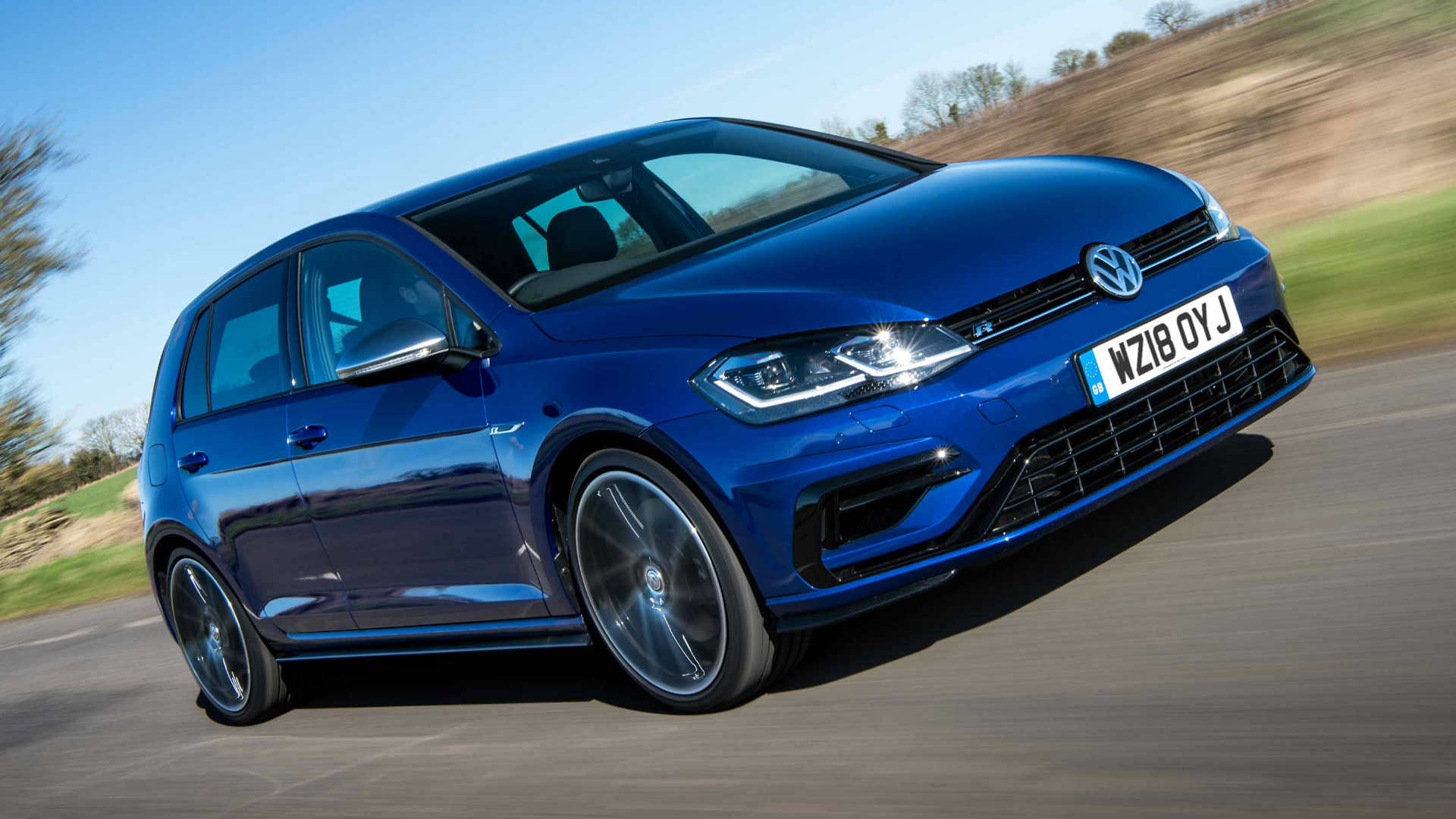 Although it was tempting to include the likes of the Bon Jovi, Pink Floyd and Genesis special editions, we’ll conclude with the evergreen Golf R. It’s arguably the best hot hatch all-rounder you can buy, offering understated styling, a glorious engine and superb ride and handling. When the Mk7.5 bows out, who knows what will happen to the Golf R? Volkswagen has unveiled a new logo for its R sub-division, but is remaining tight-lipped over plans. We should hear more following the Mk8 Golf’s launch at the end of October.

The new Model 3 could be a game-changer for Tesla – and electric cars overall. We drive the BMW M3-rivalling Performance version.
Read more

Cost of charging an electric car to increase

Ecotricity is upgrading its EV charging network, and raising prices to pay for it. However, the company will still make a loss.
Read more

Has Jeep successfully created a crossover to rival the Skoda Yeti and Nissan Juke?
Read more

The top 25 traffic hot-spots are all cities, with a combined area spanning Accrington and Rossendale in Lancashire the worst non-urban area
Read more