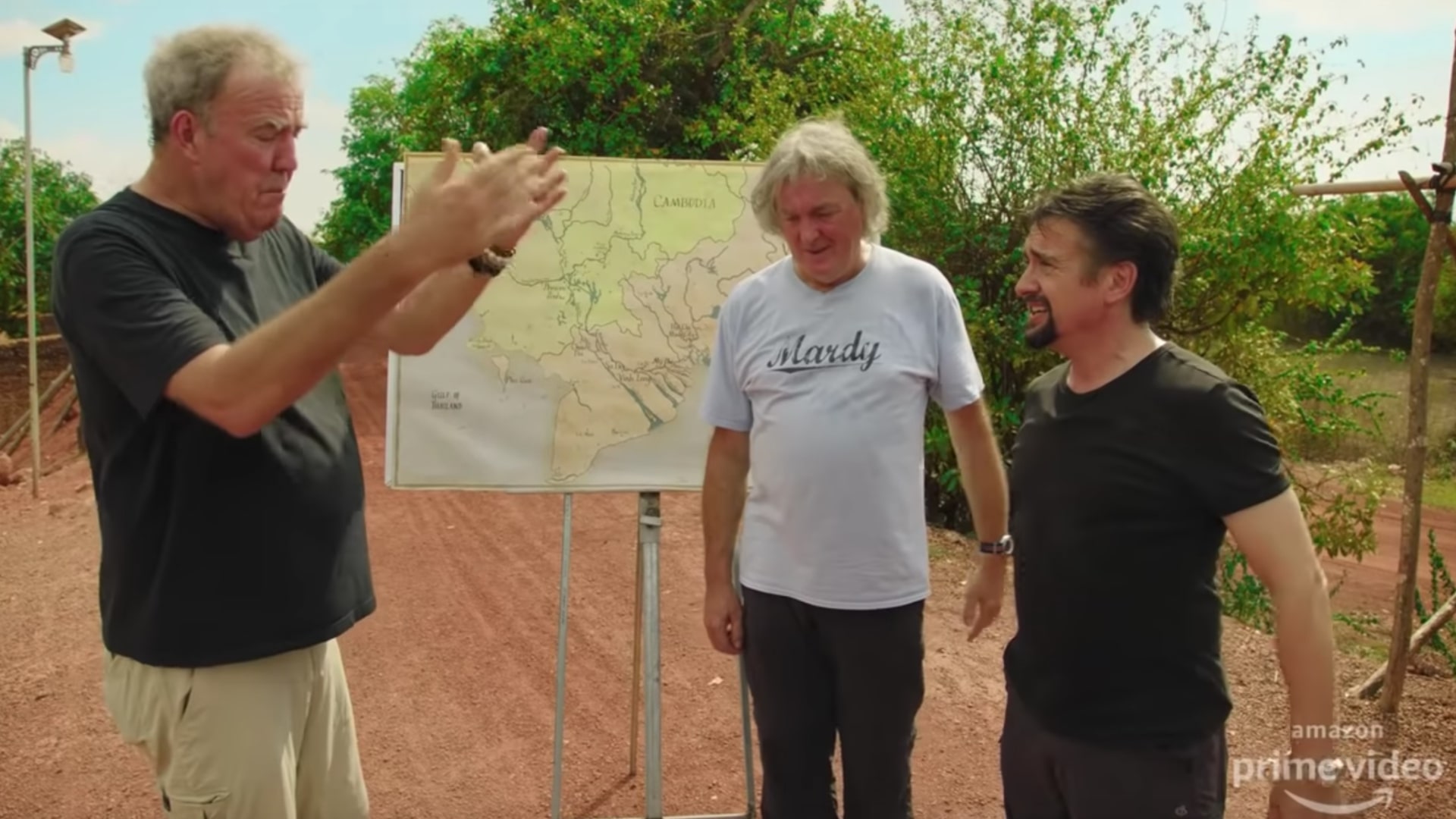 The trailer for season four of The Grand Tour is here, previewing the first in a series of feature-length specials. The ‘big three’ ex-Top Gear presenters, Jeremy Clarkson, Richard Hammond and James May, famously abandoned their traditional studio format at the end of the previous series, favouring themed ‘adventure’ episodes.

The first takes place in Cambodia and Vietnam, as the trio cross the Mekong Delta. It’s called The Grand Tour presents: Seamen. As the title suggests, transport will be via boats rather than cars – and we all know how well that usually goes. We fully expect the seamen to become swimmers…

“We are excited to announce the launch date for The Grand Tour presents: Seamen, the first of our epic adventure specials from Prime Video’s much-loved trio, Clarkson, Hammond and May,” said Georgia Brown of Amazon, which streams the series via its Prime service.

“We know fans love to see the guys take on these incredible adventures across exotic locations and The Grand Tour presents: Seamen does just that – this feature length special promises to be a thrilling off-road escapade, full of challenges and jeopardy, climaxing in one of the most dangerous and exciting challenges Jeremy, Richard and James may have ever endured – viewers are in for a rocky ride!”

The boat choices are as you might expect. Clarkson has opted for a military patrol boat, Hammond has gone for a speedboat and May has a relaxed river cruiser. Amazon says the end of the film contains ‘one of the most dangerous and exciting challenges’ the team have ever faced.

Get a taste for what’s to come with the above trailer. The first episode of The Grand Tour season four will be available to watch on Friday 13 December.