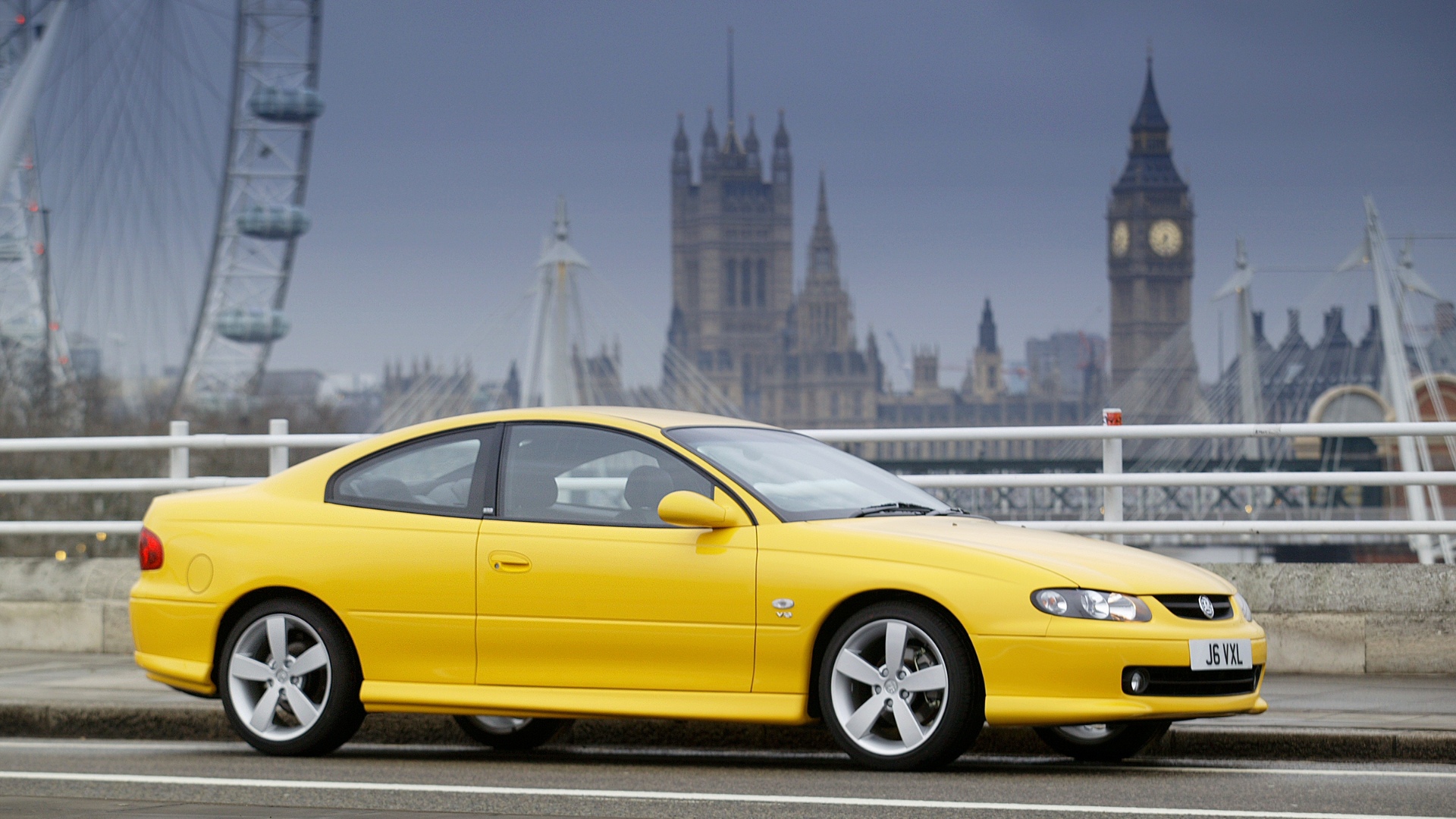 The Ultra Low Emission Zone comes into force in central London on April 8 2019. The pollution-based fee has struck fear into the hearts of enthusiasts, but it needn’t do. Petrol-powered cars need only comply with Euro 4 emissions standards, introduced in January 2005. In the spirit of saving money, our post-2005 choices won’t break the bank when it comes to buying, either. You can buy any of the following cars and drive in the capital (outside Congestion Charge hours) for free. 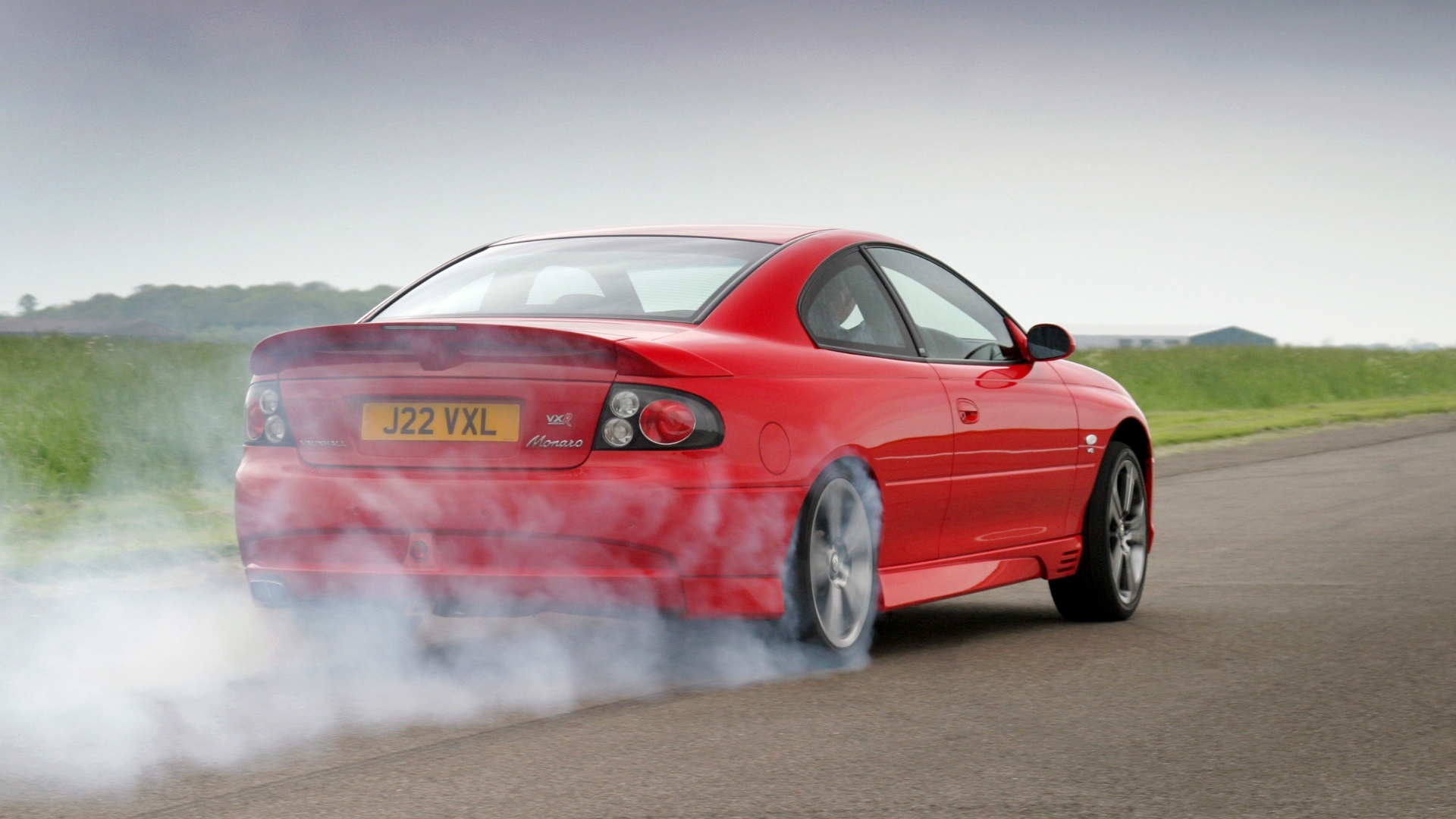 We start with the car that sparked the idea. With team MR having a Monaro of its own, we checked whether we could enter London without a fee (what with a tunnel-run event coming up at the end of April). As luck would have it, we can, given ours was registered after January 2005. Against all odds, this pushrod V8 Aussie muscle car fits the bill. 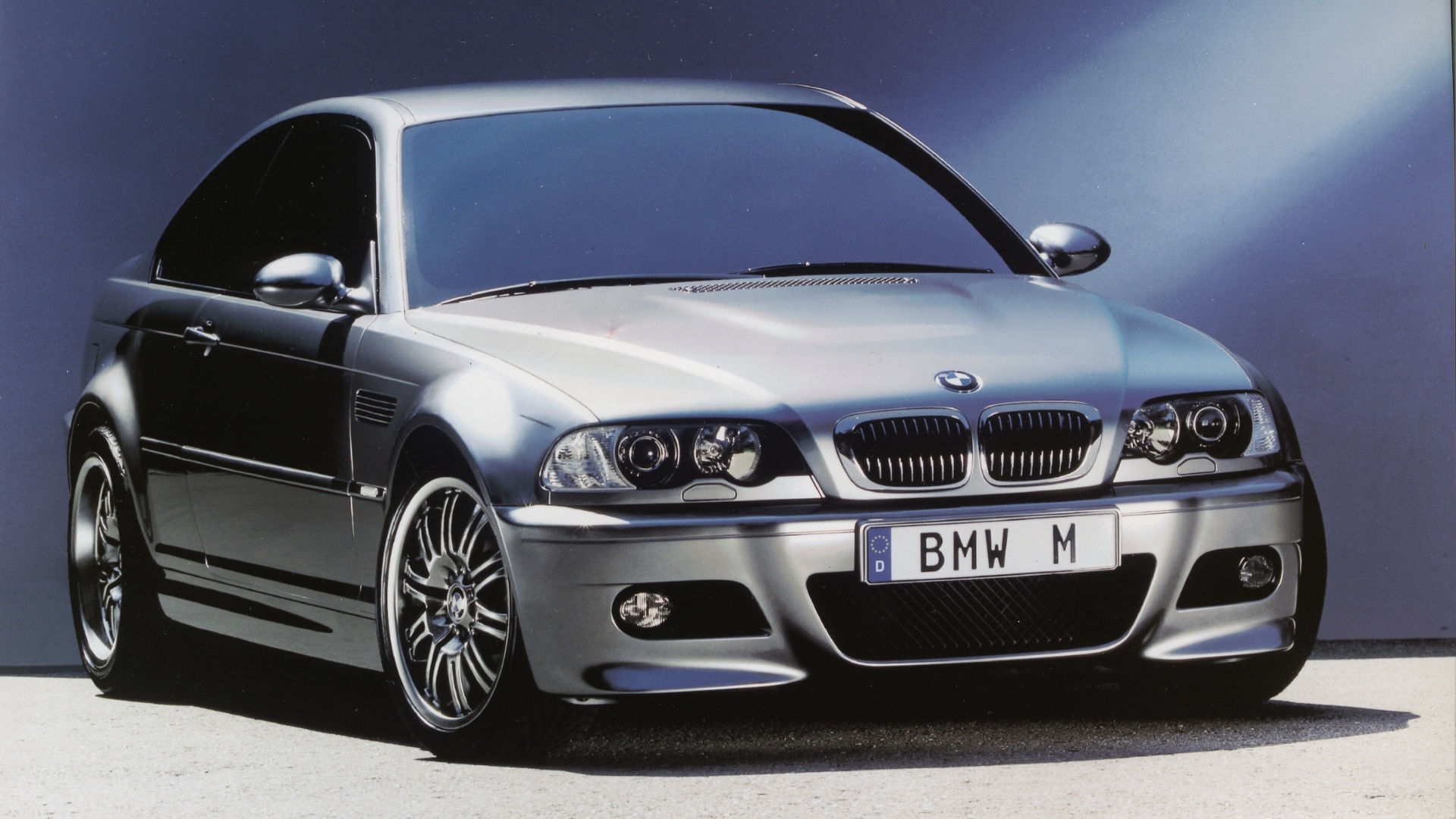 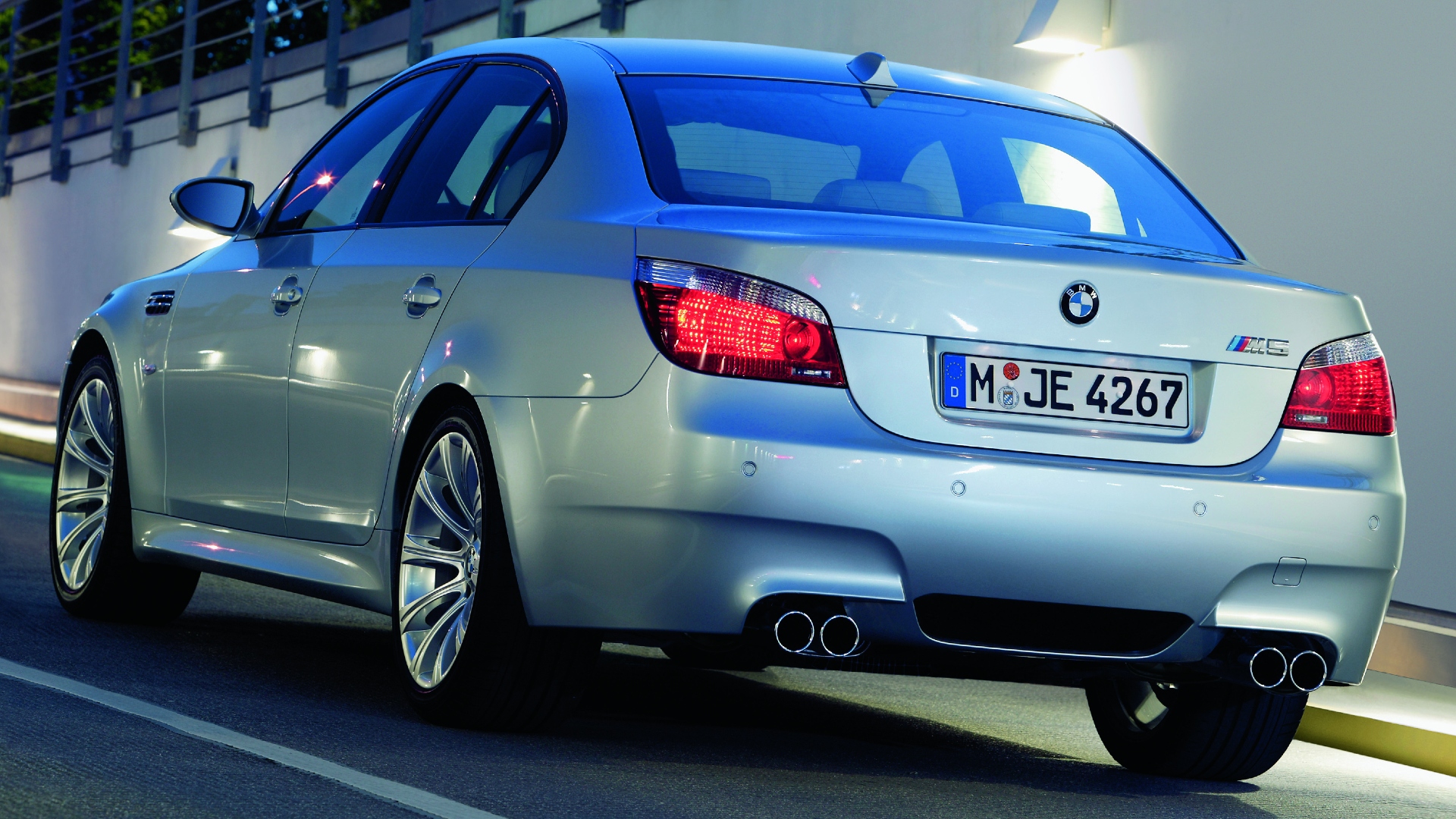 Here’s a gratuitous shot of Chris Bangle’s 500hp V10-powered 5 Series. Because more cars should come with Formula 1-inspired engines. If you’re lucky, you’ll find one of the Touring estates, which are 10 times rarer than the saloon and, consequently, a lot pricier… 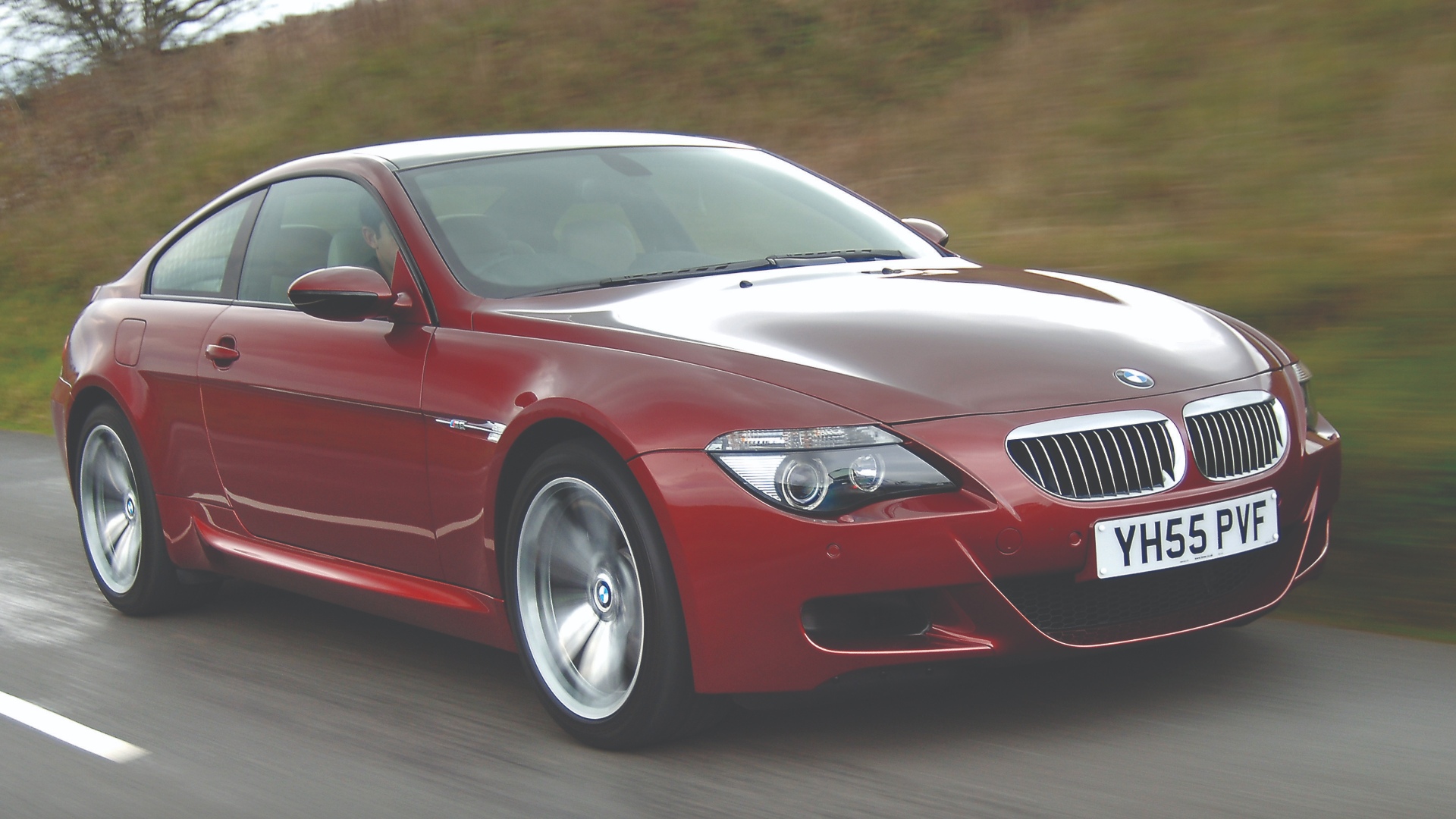 The M6 arrived in 2005, just after the M5, with V10 thrills, two fewer doors and sleek looks. A classier slice of 500hp BMW life – and available with a soft-top if you’re so inclined. 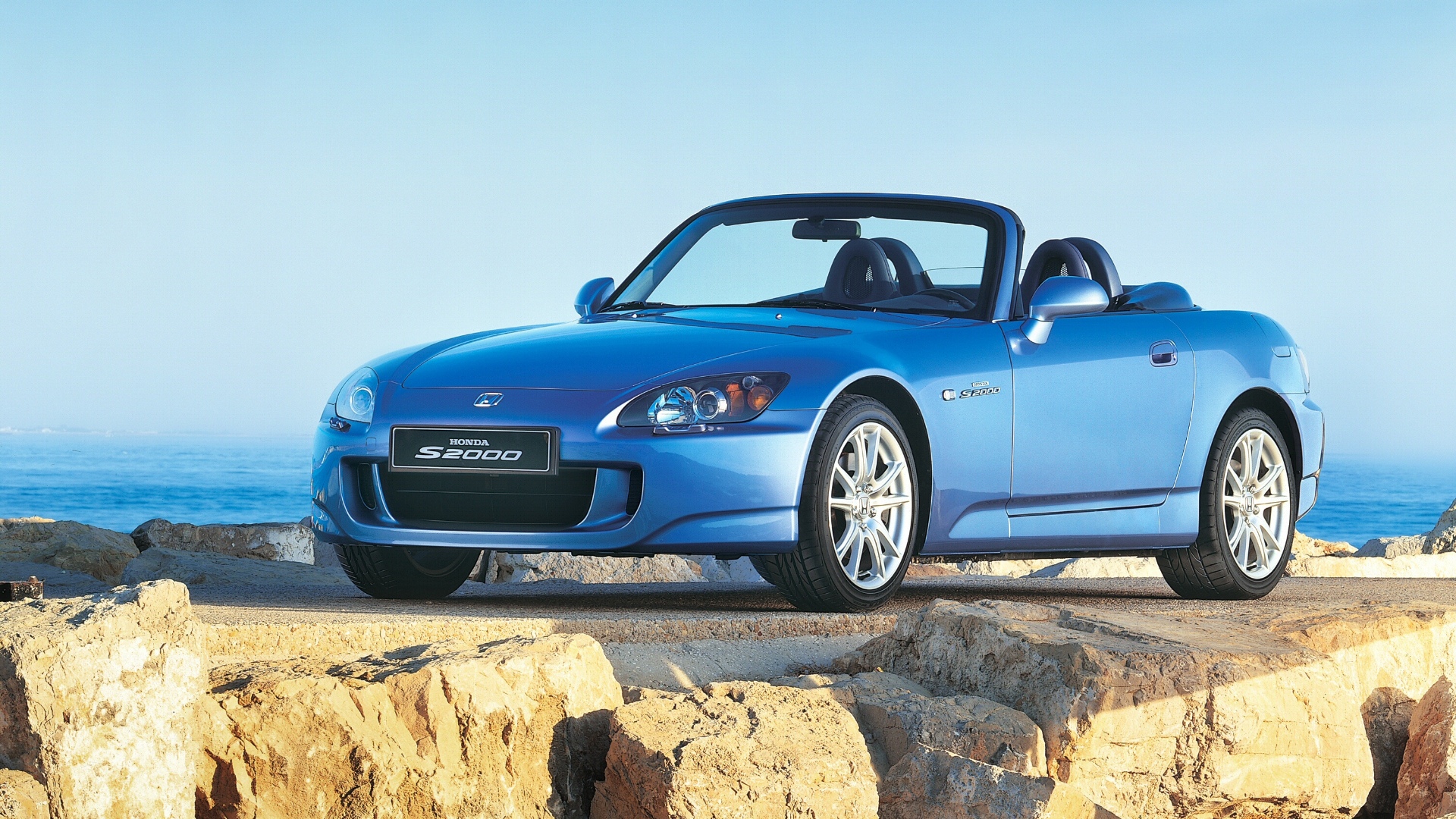 This high-revving hero from the Land of the Rising Sun avoids the charge, too. Thanks to Euro 4 compliance , the S2K is free to fill the streets of London with the dulcet tones its VTEC four. Long may it sing all the way to 9,000rpm along Park Lane. 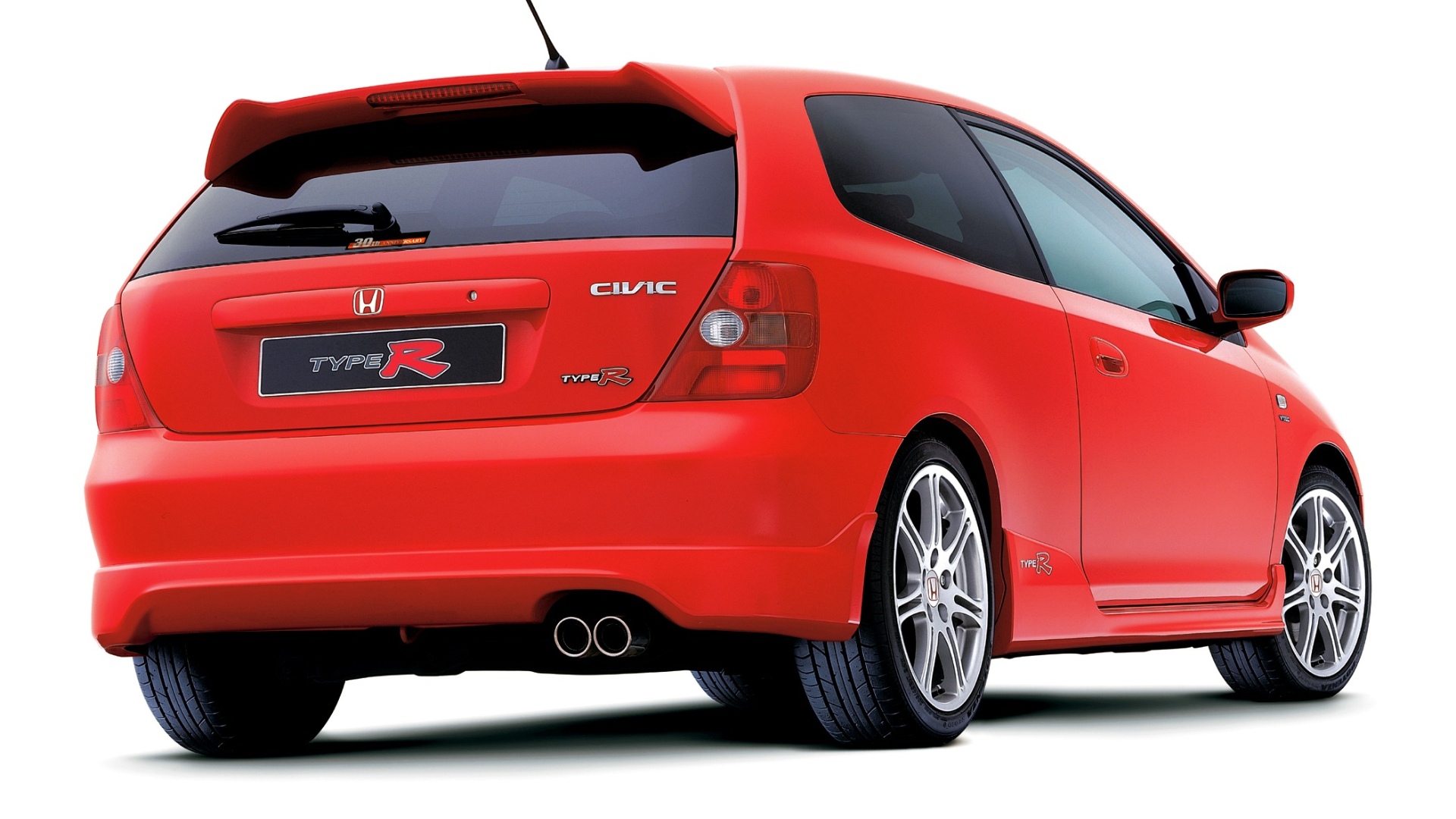 The Civic Type R was in its prime around 2005. The fantastic EP3 generation was aging nicely, still teaching hot hatch newcomers a thing or two about exciting engines and chassis set-up. We were anticipating the arrival of the next generation FN2 model with bated breath, too. The Type R is one of those rare cars that has a ‘skunkworks’ feel to it. How does this well-priced practical hatch have a race-proven 8,800rpm engine? Those registered after January 2005 will be free to rip revs in the Ultra Low Emission Zone. 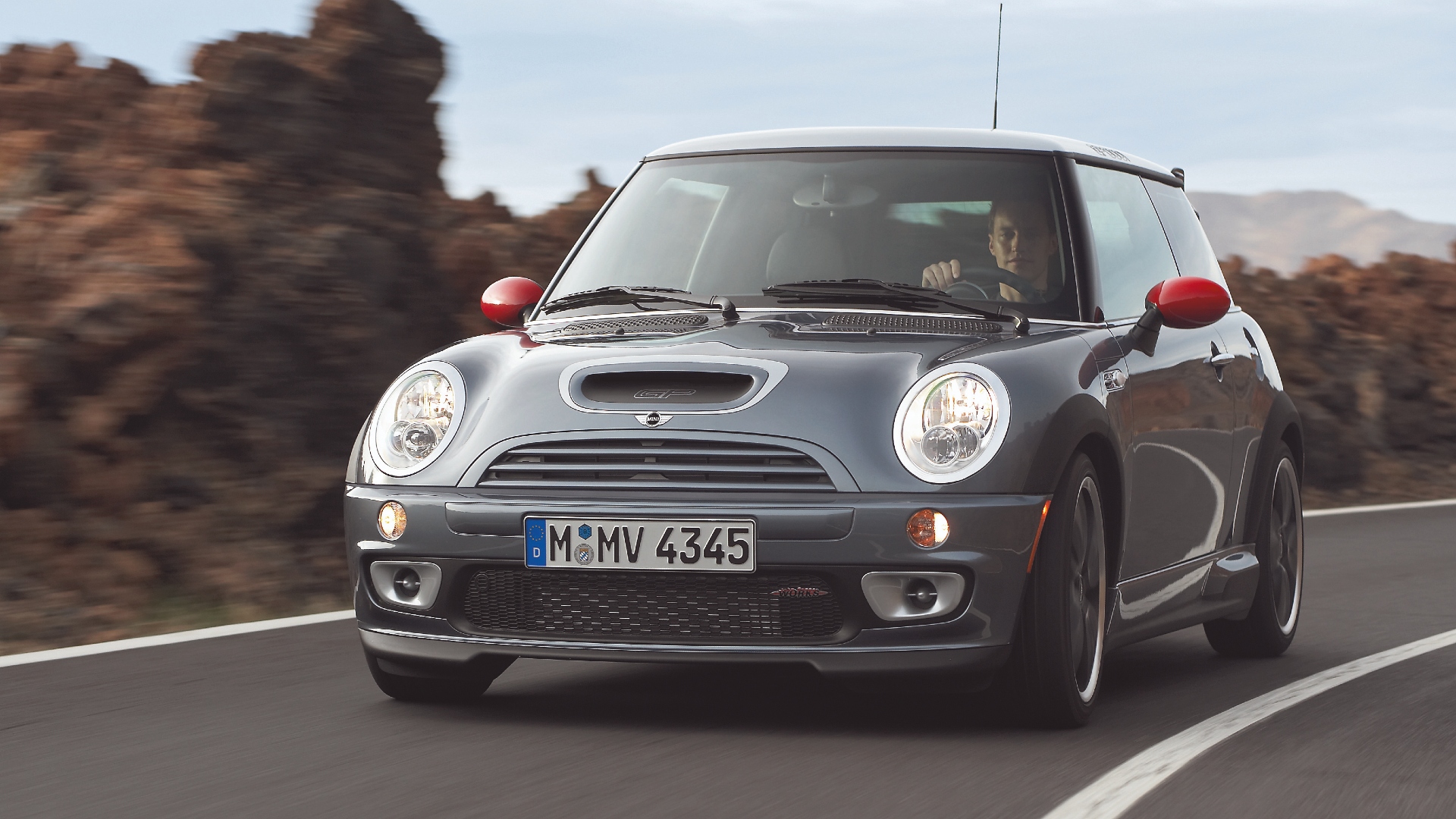 The supercharged version of the BMW Mini was in production until 2006. Therefore a select few late-registration cars will be allowed into the ULEZ free of charge. All owners of R56 generation cars (07-onwards) need not worry. 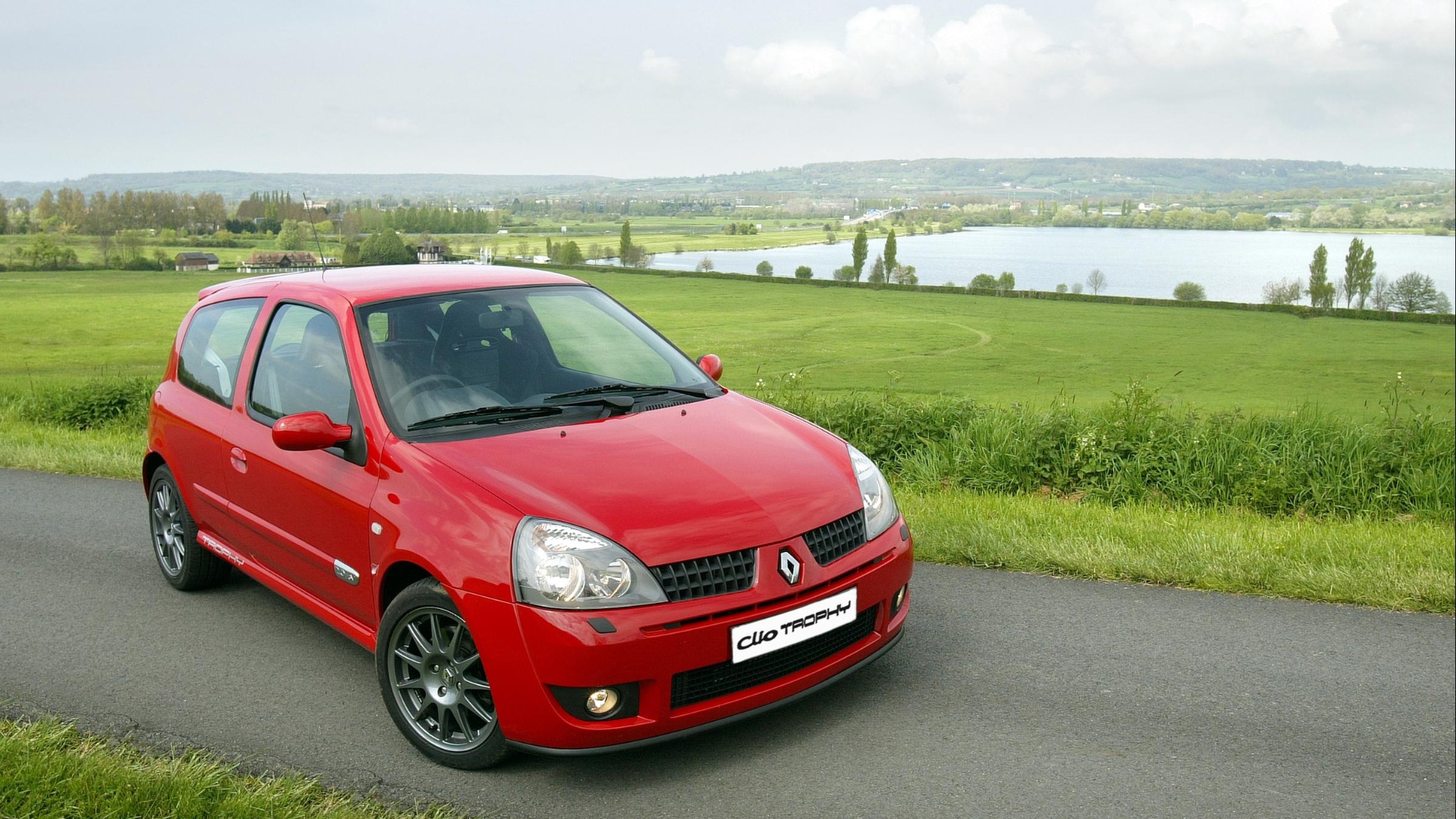 Now, this could be tight. The 182 variant of the Renault Sport Clio ran into 2006 (just about). If you own one of these hot hatch heroes, make sure you check your plate. If it’s an 05 or 55, you’re probably OK. Owners of 197 third-gen cars, drive on worry-free… 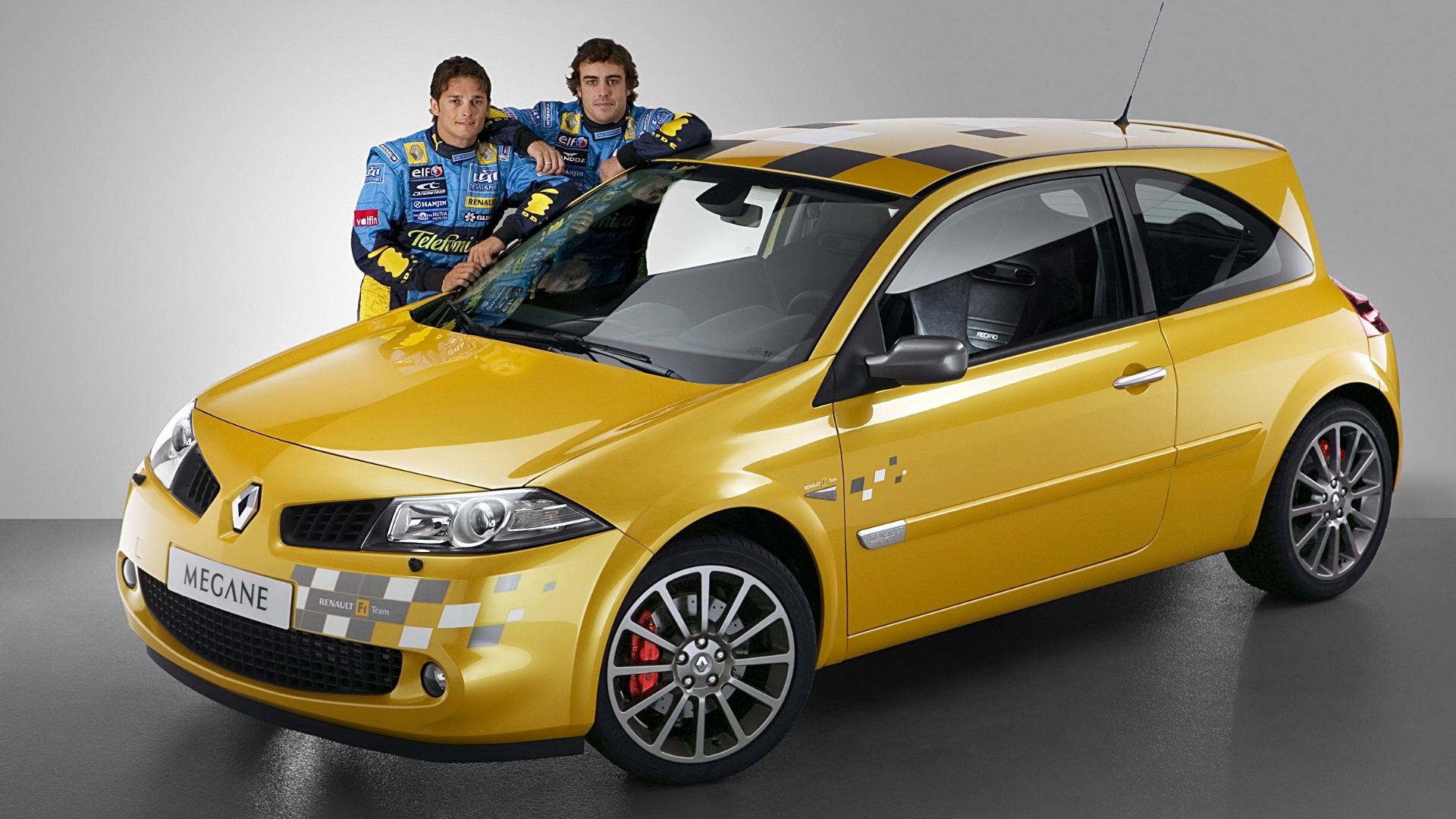 Like little sibling Clio, the ULEZ cut-off slices right through the end of the second-generation Megane’s life. Shortly to evolve into the hardcore lightweight R26 R, in 2005 the R26 was right at the top of the hot hatch pile, with sporty Recaro seats and a limited-slip differential. With 230hp from its turbocharged engine, it doesn’t hang about. 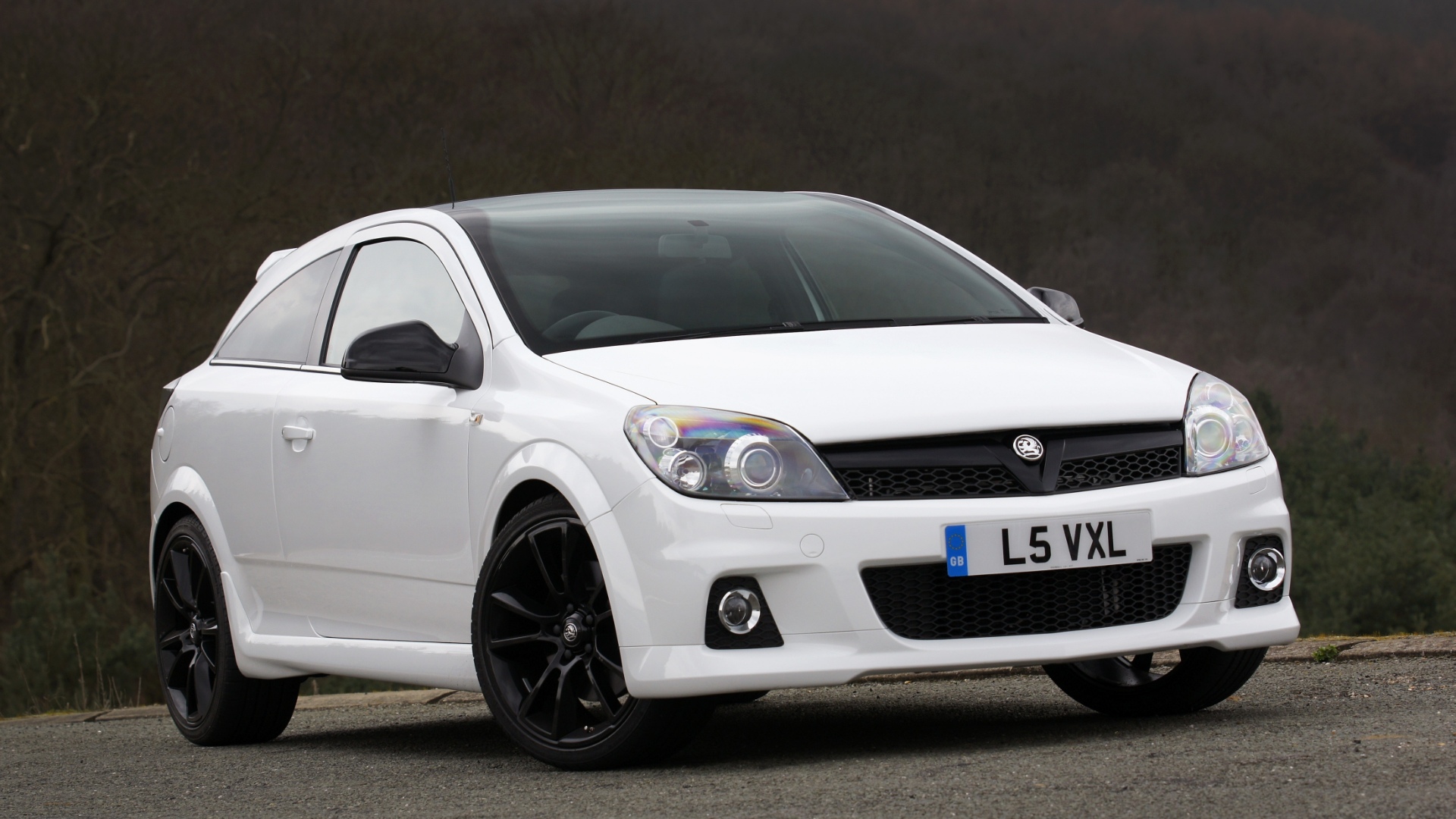 Neither does the VXR. Unless, of course, you want to accelerate in a straight line. The torque-steering VXR produced a whopping 240hp from its turbocharged 2.0-litre four-cylinder engine and made an almighty roar. That’ll sound good in the Knightsbridge to Piccadilly A4 tunnel. 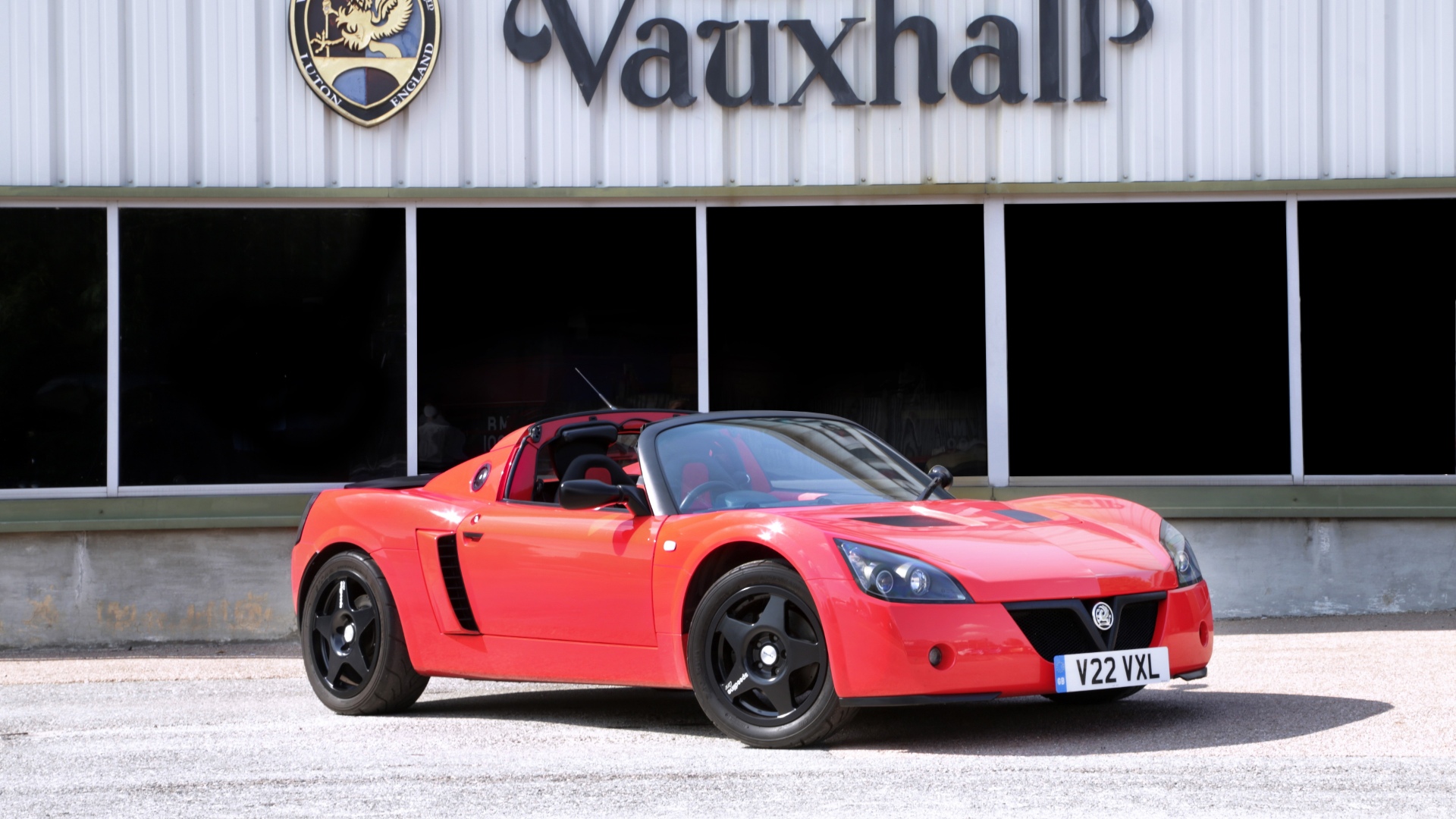 Like the Monaro, the VX220 was the result of Vauxhall’s mad rebadging spree, and was related to the Lotus Elise. The sad news is that 2005 was the 220’s last year of production. Get checking those 54-plate cars in the classifieds for their compliance. 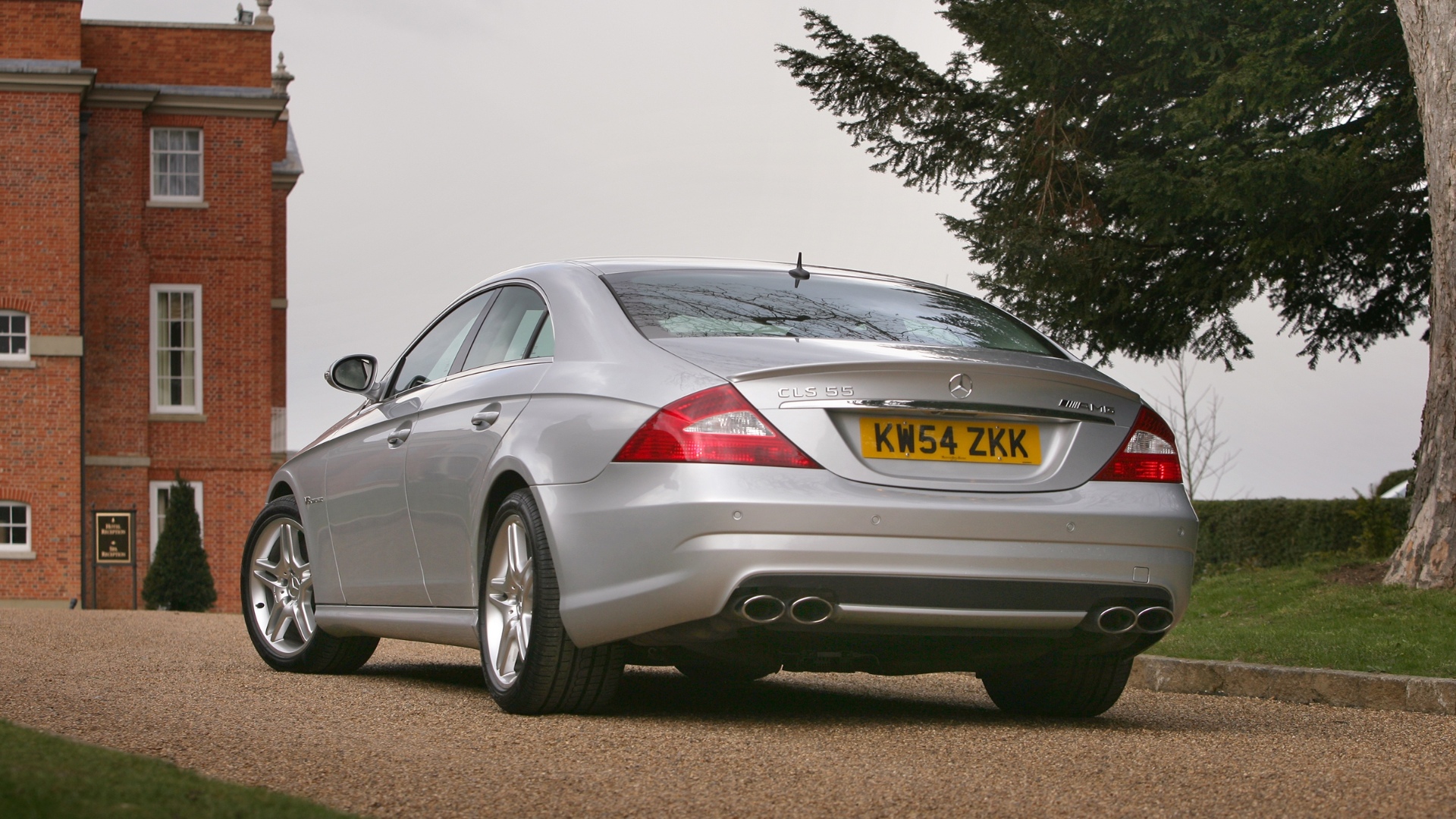 Adding to the notion that this is a gratuitous list of mid-2000s performance cars, here’s the CLS 55 AMG. The original four-door coupe somehow managed to look incredible while having the silhouette of a banana. Less shapely E 55 AMG saloon and wagon variants were also available. Packing that massive raspy V8, it’s perfect for London posing. 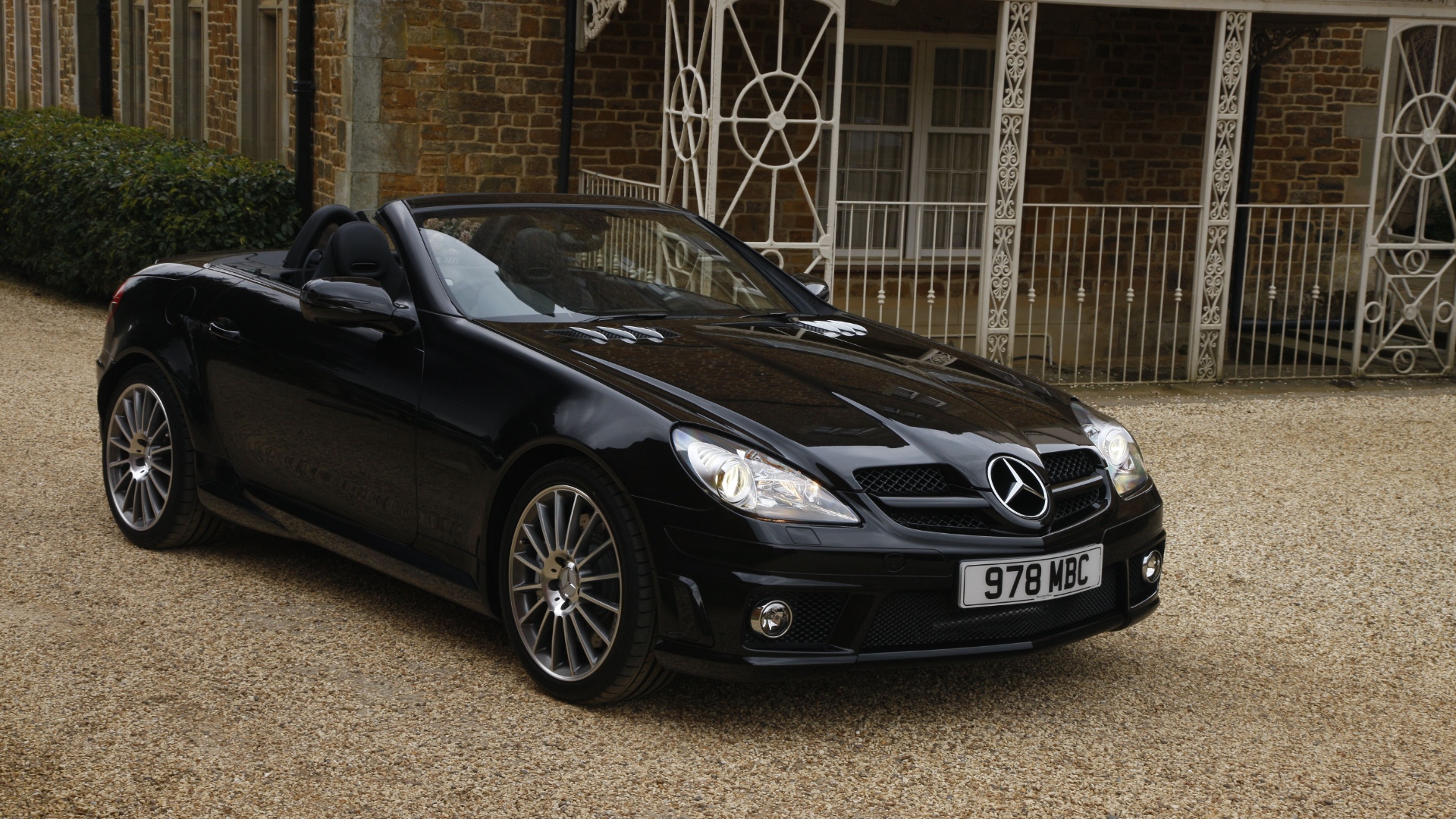 Another example of rumbly AMG goodness available in 2005. If the SLK is a bit small, the supercharged big brother SL 55 AMG was also in showrooms that year. 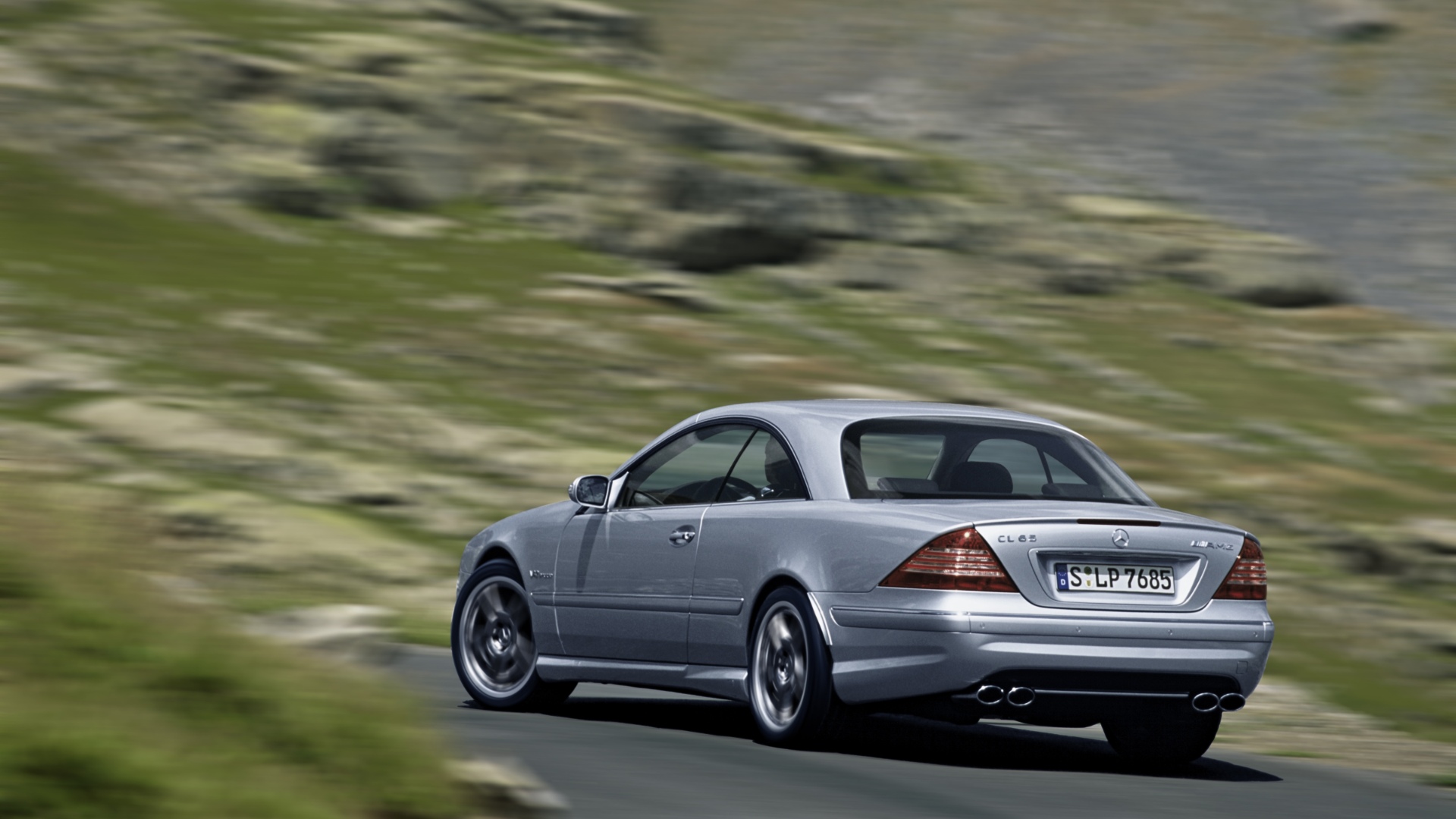 Alternatively, try 2005’s most powerful series production car. The twin-turbo V12 600hp+ CL 65 AMG. If you want absolute power with wind in your hair, the SL came in 65 AMG flavour too. And, if you need two extra doors, the S 65 AMG saloon is the car for you. Whatever happens, as long as it’s got a 65 badge, you’ll be going very quickly indeed. 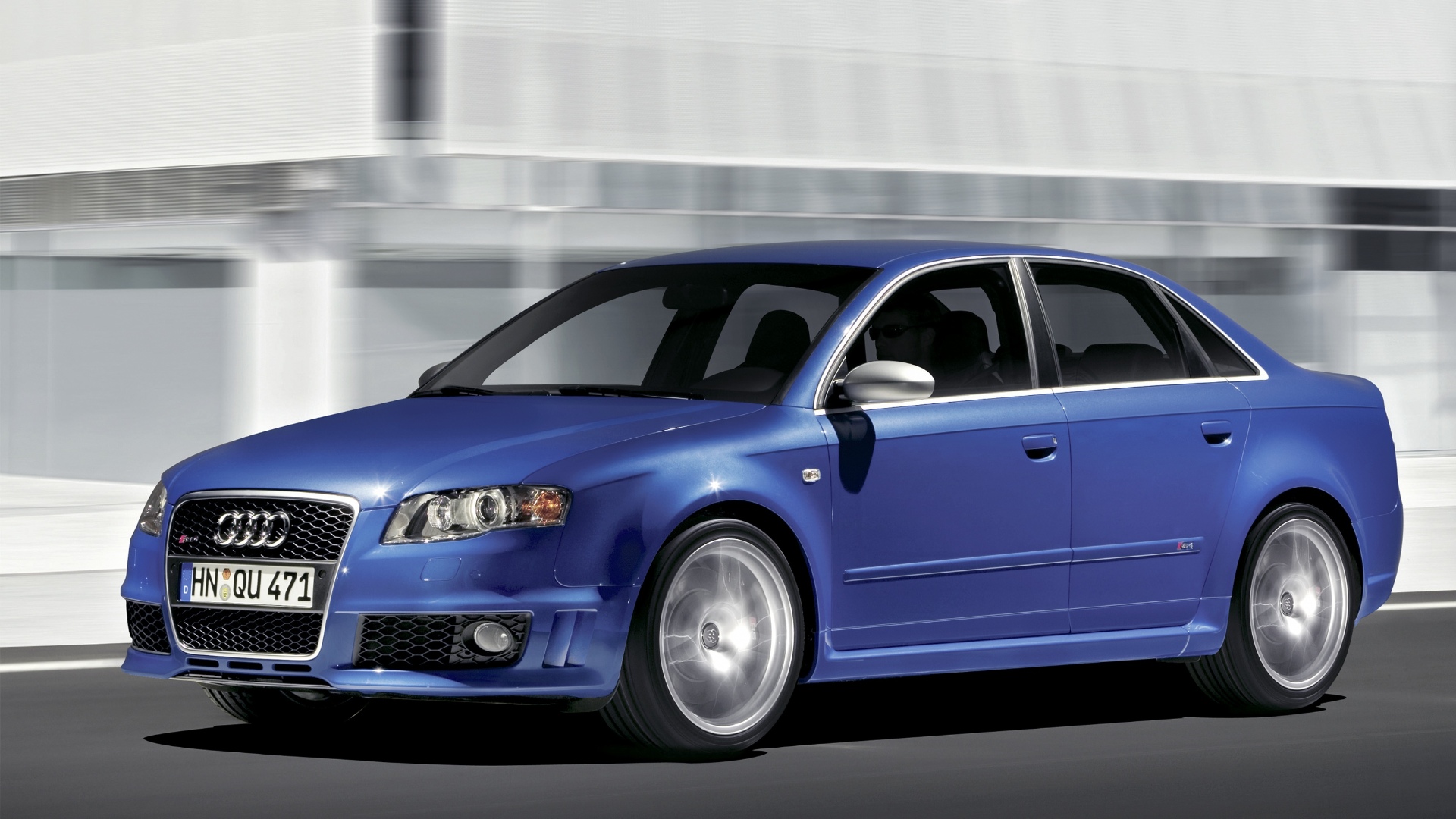 The B7 Audi RS4, the car that redefined Quattro (now Audi Sport) for the modern age, was just hitting the market around the cut-off period for ULEZ compliance. The 420hp 4.2-litre V8 was the star of the show, and would eventually find its way into the R8 supercar. It was a real peach to drive with an eager front end and prodigious balance. Also available in estate and cabriolet forms, it was a fly in the E46 BMW M3’s ointment. 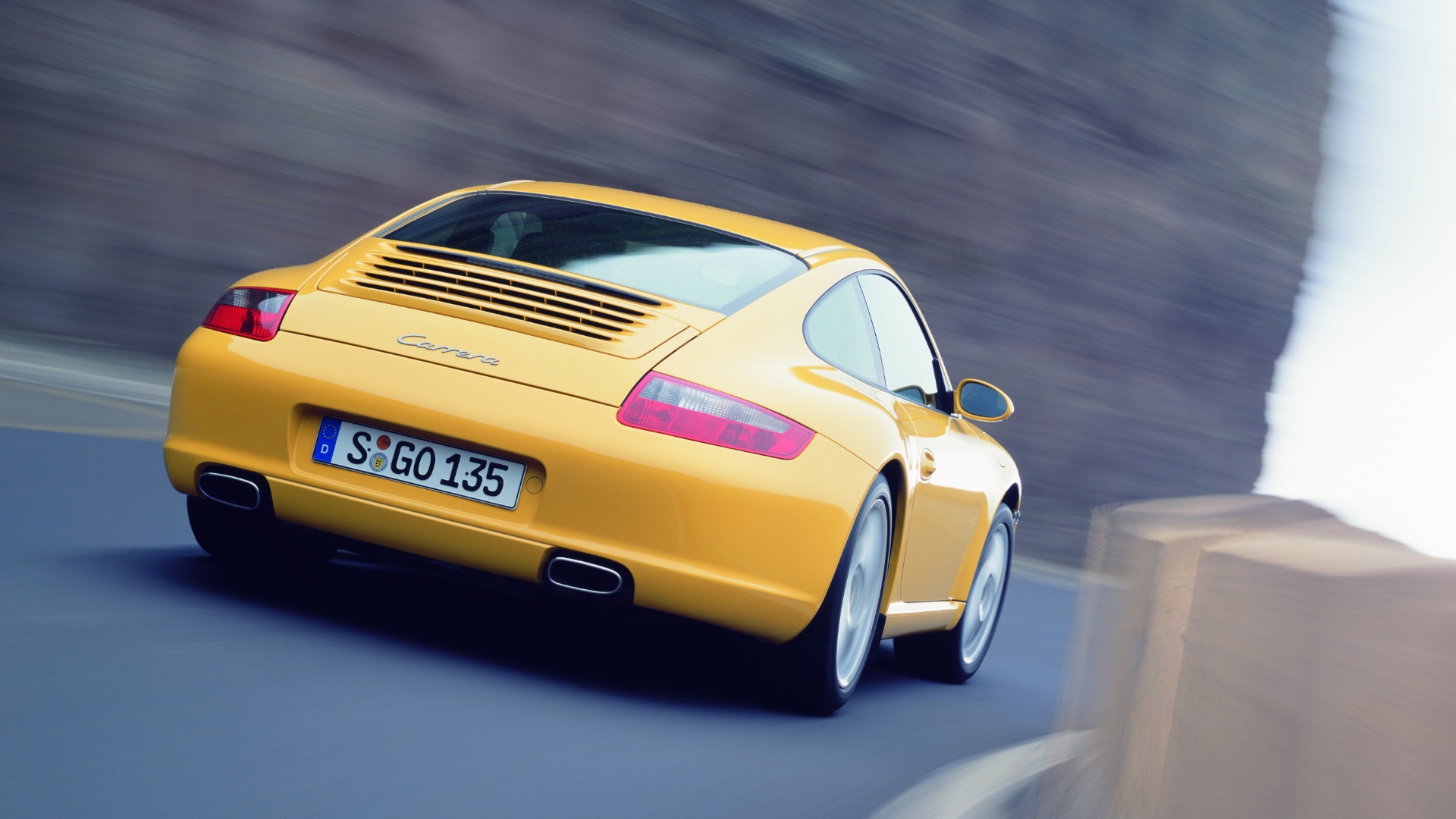 Of course, Porsche’s sports car sweetheart has to be included, doesn’t it? Happily, the 997 is, for many, the greatest 911 ever made. With a 3.8-litre flat-six and rear-engined balance, the 997 is already a celebrated modern classic. Open-top and four-wheel-drive models were also available. Certain 05-onwards registered cars will be free to drive in the ULEZ. The second-generation Boxster arrived in 2005, too, so if a 997 is out of reach, you needn’t go without flat-six fun. 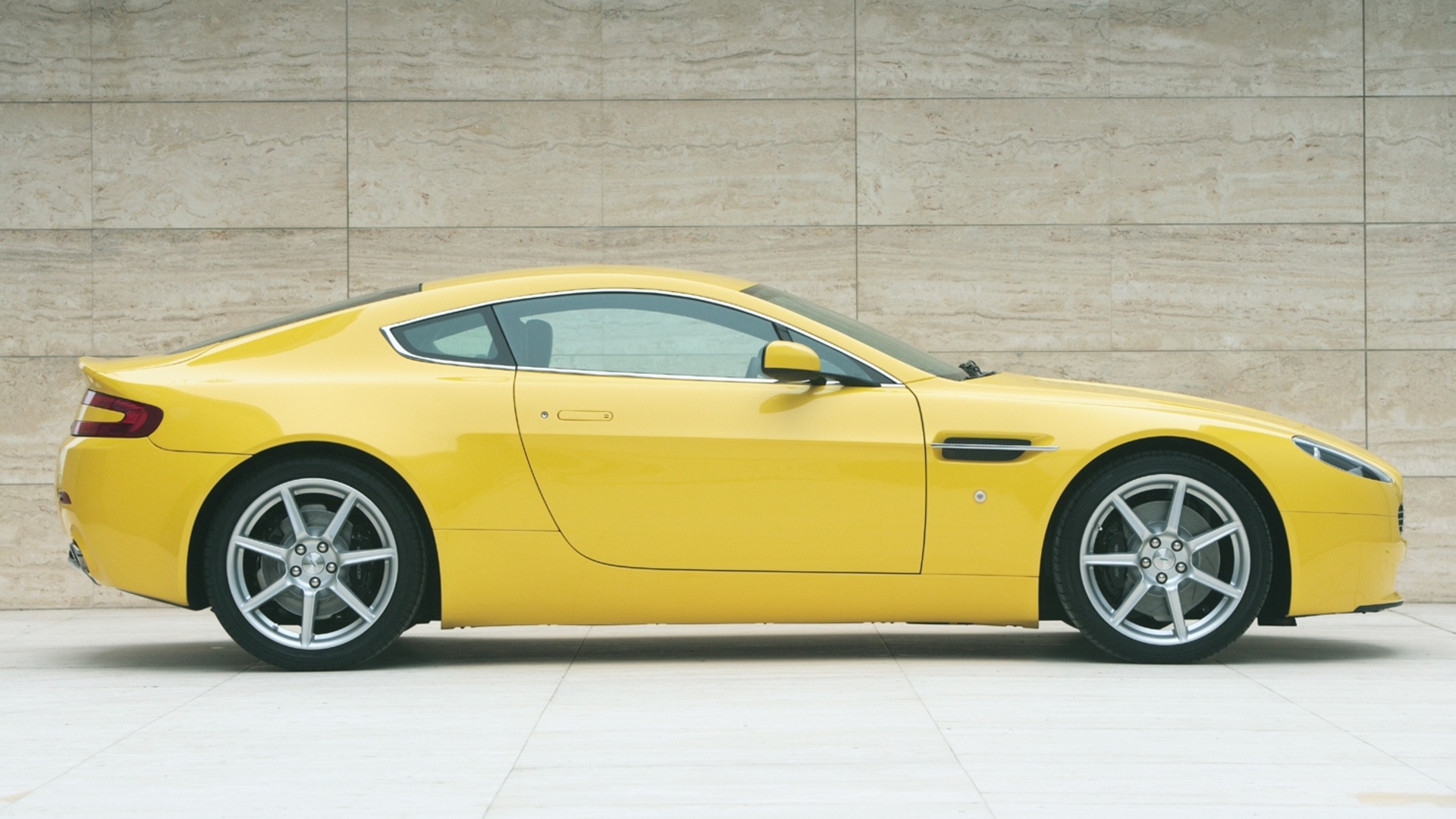 Yes, the Vantage might seem a bit pricey, but it’s one of the most beautiful cars ever made and can be had for less than £30,000. It hit showrooms in 2005, so you’re all but guaranteed to be ULEZ-compliant. It was also available as a soft-top. 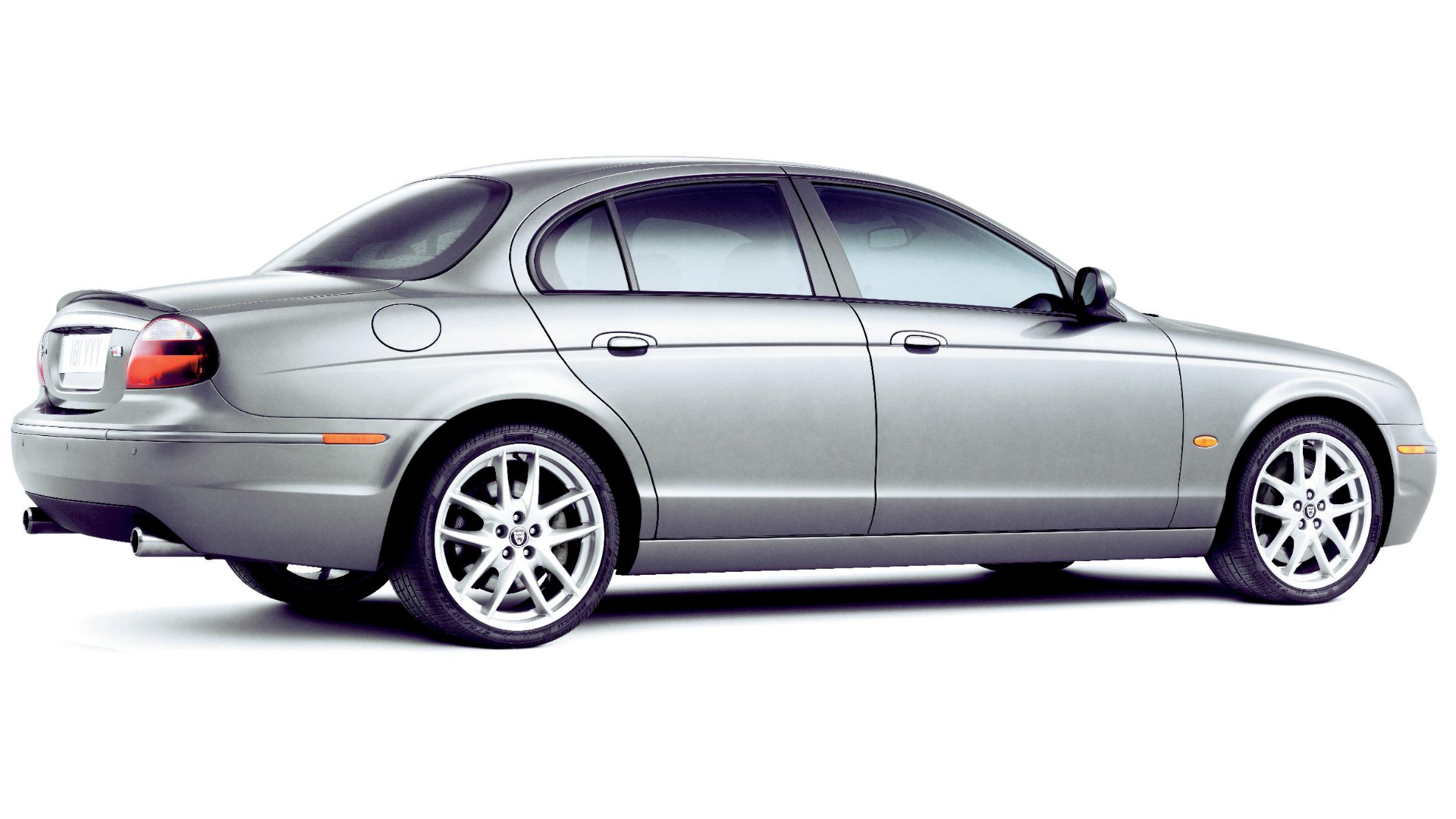 The year 2005 comes just on the eve of Jaguar’s renaissance. As such, it’s still an S-Type rather than an XF. No matter, the S-Type in R specification came with 400hp and looks that were, let’s say, softened by performance additions. You could fill central London’s streets with the whine of a supercharged V8 for less than £10,000. Also available with this engine was the more luxurious and arguably prettier XJR 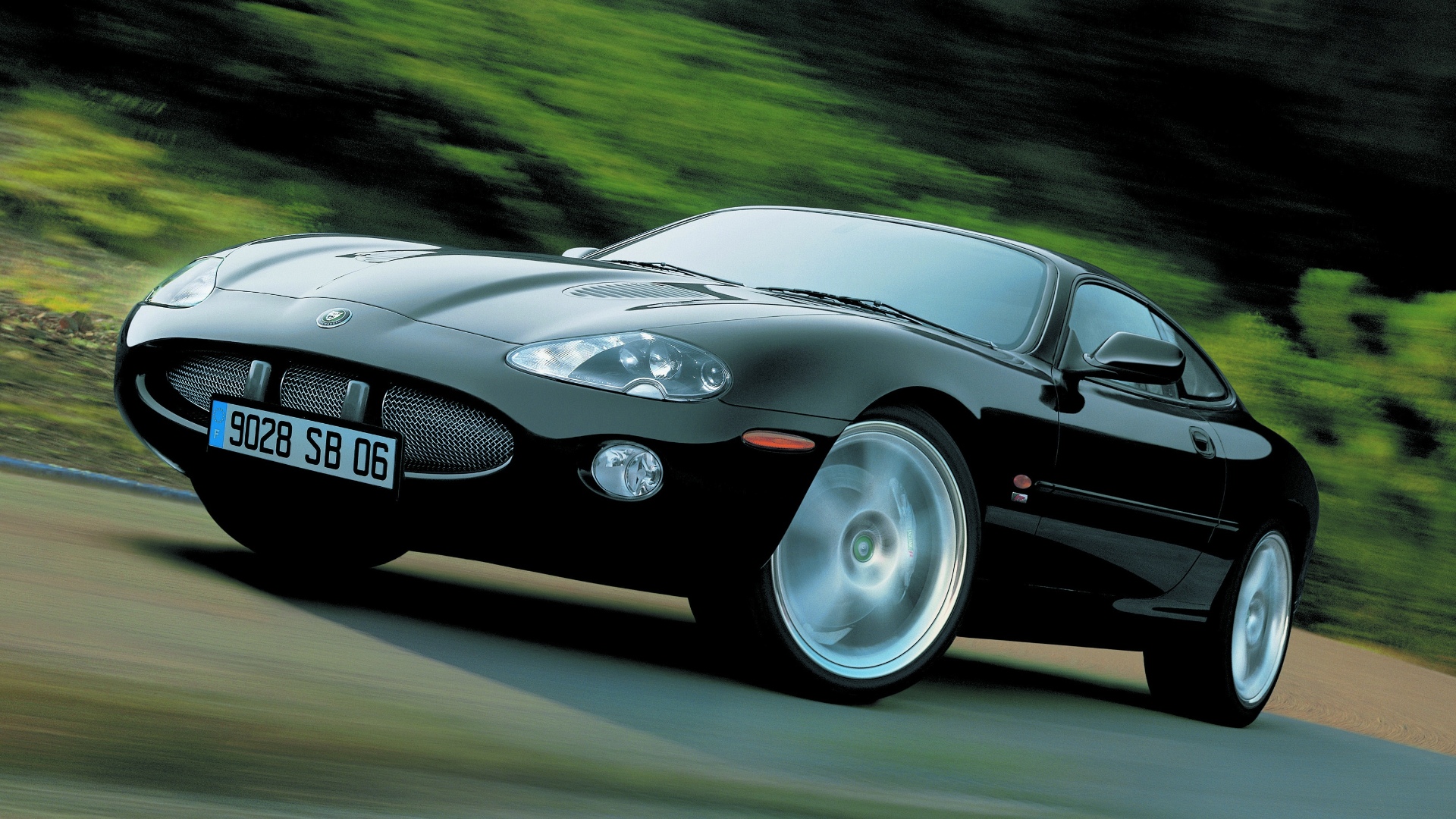 Sat alongside the S-Type in Jaguar dealers was the XK. Yes, it’s vaguely related to the ancient XJS that it replaced. And yes, it’s a bit awkward-looking by comparison with the newer XK and the eventual F-Type show-stoppers that replaced it. Nevertheless, 4.2 litres of supercharged V8 power ought to be tempting and, of course, there’s a convertible version.