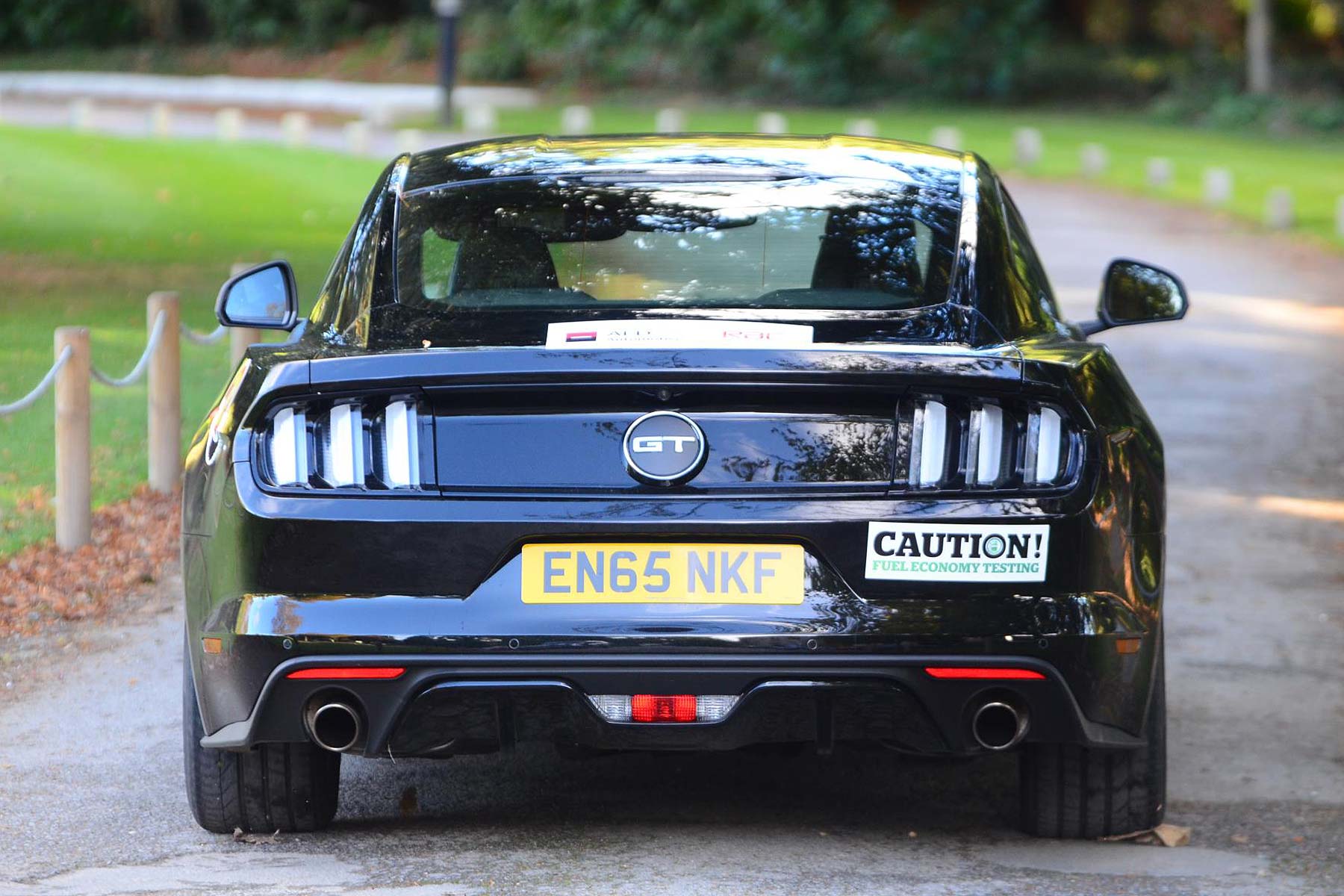 It won because two days of skilled driving saw that figure improved by a staggering 75 per cent – after 450 miles of careful motoring, the real-world MPG of the Mustang rose to a heady 36.6mpg.

The percentage improvement is the highest ever seen on the MPG Marathon, the UK’s biggest and most high-profile annual fuel economy challenge. The Mustang even bettered a Vauxhall VXR8 Maloo which, at 27.4mpg, posted a ‘mere’ 48.5% improvement over its paltry 18.5mpg official figure.

How do you outperform the official MPG test?

Volkswagen tells us ‘our CO2 and MPG may be incorrect’

This year, a broad range of cars took part, including high-efficiency diesels, high-tech hybrids and hydrogen models, commercial vehicles – and even a Moto Guzzi motorcycle (which achieved 86.9mpg).

Winner of the overall highest fuel economy prize for a conventional car was a Mazda 2 1.6D, which averaged 88.9mpg. That’s an improvement of 5.8mpg over the official average.

Some expected to return over 100mpg in some of the supermini diesels entered. However, this year’s course was described as “the toughest MPG Marathon yet” as organisers aimed to make it as real world, and thus relevant to motorists, as possible. Motorway routes were largely eschewed in favour of cross-country courses, city centre challenges, dual carriageways and suburban passes.

The best overall fuel economy was achieved by a pre-production Toyota Prius Plug-In Hybrid, which averaged 109.1mpg. However, as the entrants were unable to frequently plug the car in during the 450-mile drive, this figure is actually 61% LESS than the official average: NEDC figures say the Prius should average 282.5mpg.

In other words, even careful driving will see Prius Plug-In Hybrid owners achieve 173mpg less than officially claimed, if they can’t actually plug the car in…

Event organiser, Jerry Ramsdale, said: “The diversity of vehicles in the event this year was tremendous, and showed just what can be achieved by adopting a level of eco-awareness from behind the wheel.

“The achievement of the crew in the Ford Mustang was astonishing – our highest improvement ever in the history of the event – and it shows that even the most potent performance cars can be relatively economical if driven sensibly.”