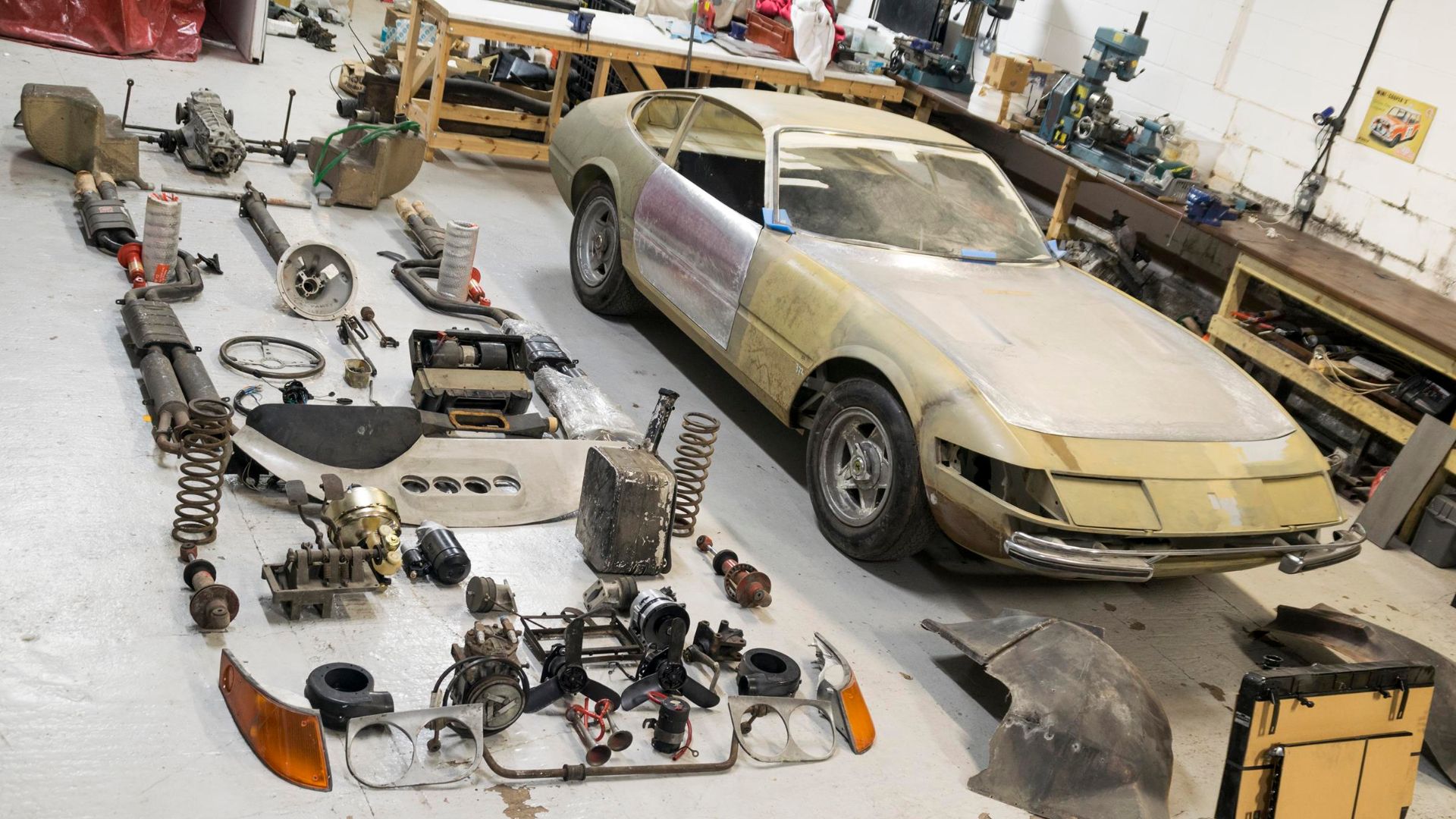 Would you buy yourself a classic Ferrari if you had to assemble it yourself? If so, this could be the perfect opportunity to own an iconic Daytona.

This UK-market car, collected from the Ferrari factory in May 1971 by its first owner, was taken to the Monaco Grand Prix along the Italian Riviera. That’s the Daytona-driving dream, right? 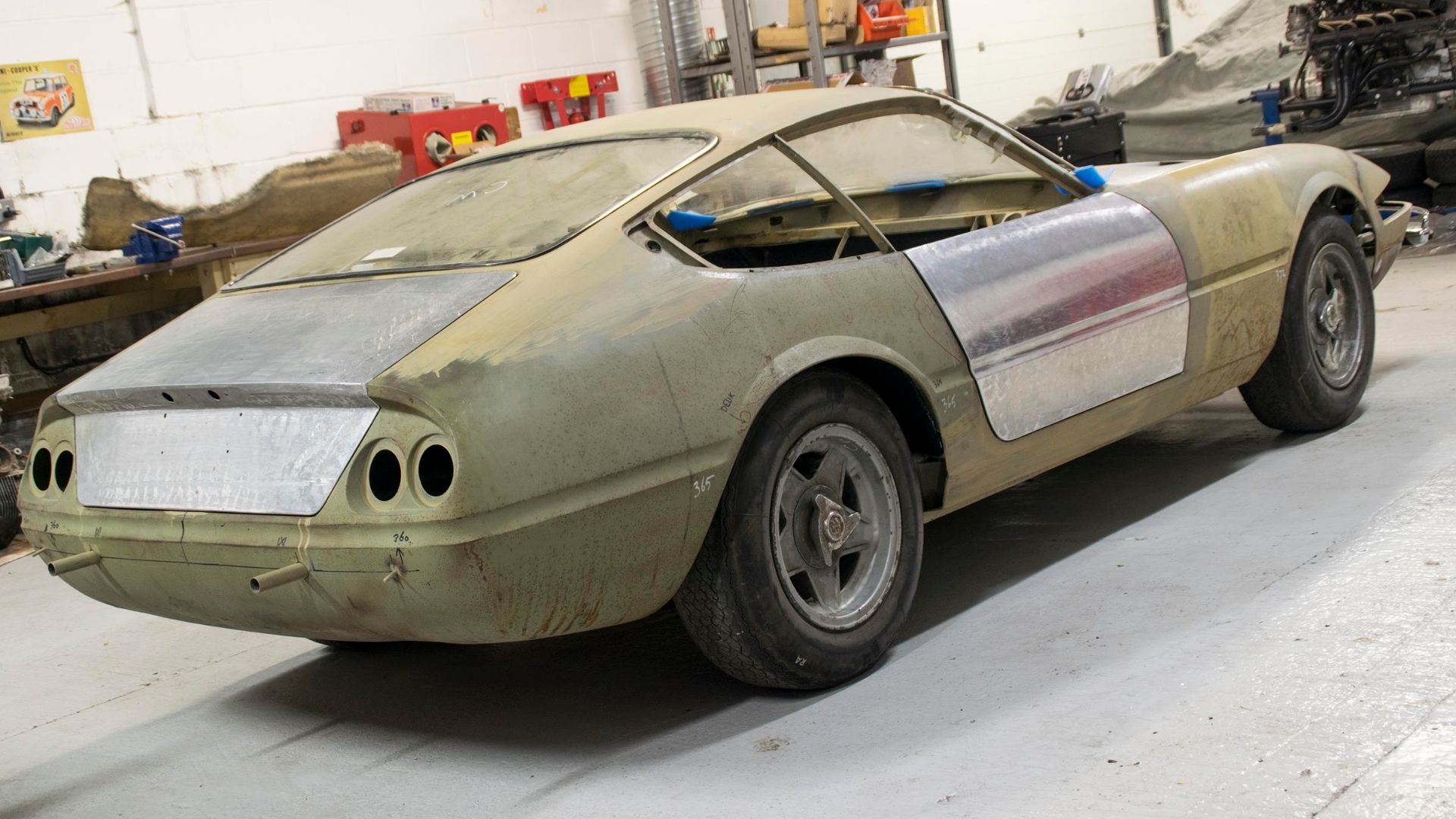 The car was driven and serviced accordingly for the following three years, but the Daytona dream soon turned to a nightmare. The story goes that it left the road and tumbled down a slope, which damaged it. The chains used to recover it then damaged it even more.

Multiple custodians took it on over the next 45 years, wanting a project. One even relieved it of its roof to turn it into a GTS/4 Spider recreation, but never followed through.

It sat fallow for 30 years until 2006, when work finally got underway on a restoration. With some expert coachwork and painstaking parts-sourcing, its bodywork is probably in better condition than when it left Maranello. Yet there’s still work to be done. 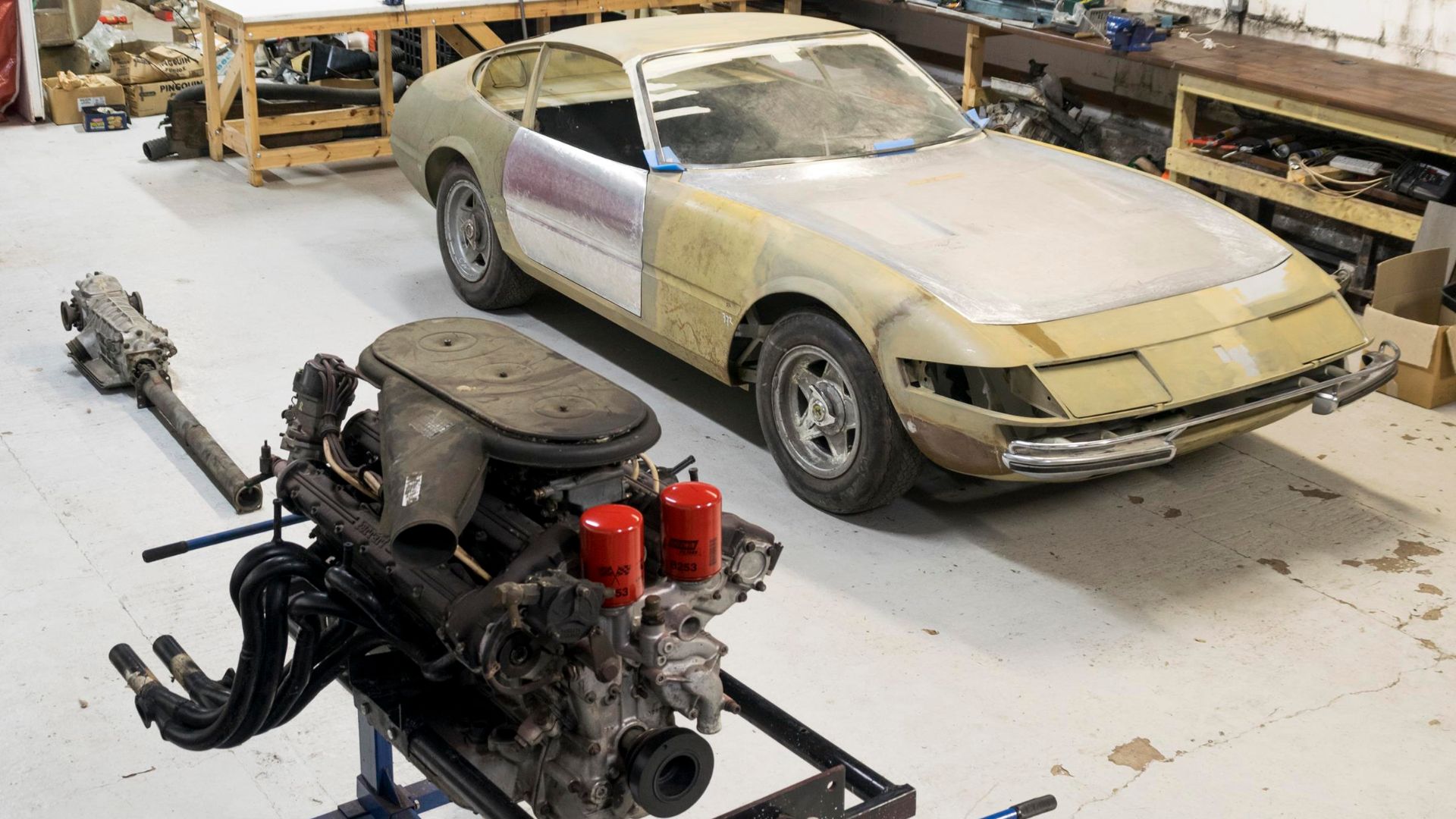 It’s offered now as a partially finished project, with the original V12 engine and boxes of parts ready to go. Some of the parts to be supplied with the car are brand new.

The engine will need work, but its internals are apparently in good condition. Original, too, is the instrument cluster, with a believed-to-be-accurate 26,117 miles on the odometer.

This is a DIY Daytona, with everything needed to build a complete car. We say ‘DIY’ in a light-hearted way. You’ll almost certainly want the help of a specialist to get it across the line. You’ll need to decide what colour to paint it, though. Once complete, it should be perfect for someone who wants to drive their Ferrari, rather than simply own a garage queen.

You’ll be able to bid in this Daytona, and its associated bits, on Collecting Cars in the new year.