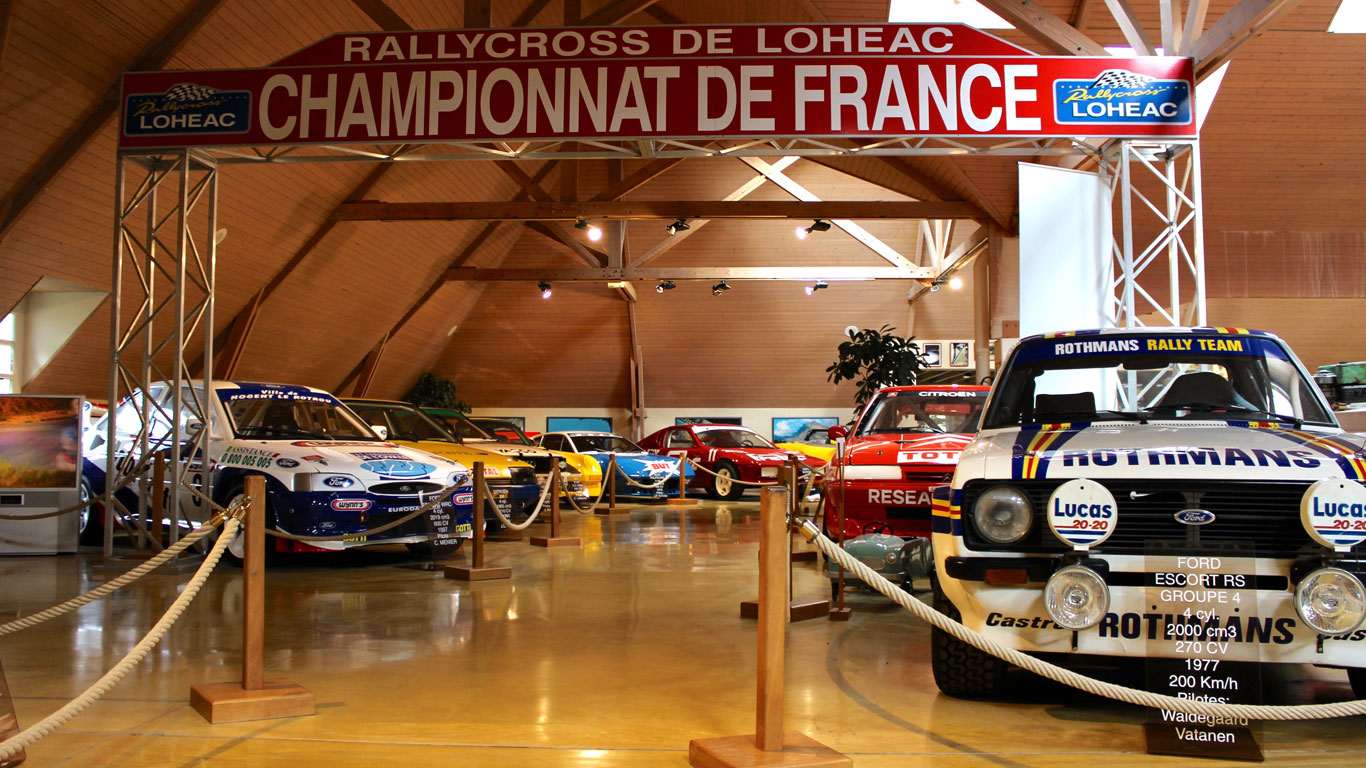 In the case of The Manor of the Automobile – or Le Manoir de L’Automobile – looks can be deceptive. Arriving from the pretty Brittany village of Lohéac – and ignoring the obvious clue of the circuit on the right-hand side – you might think you’ve arrived at a farmhouse for Cidre Breton and crepes.

But behind the pretty facade is one of the most remarkable car museums in Europe, with more than 400 vehicles of all types, ages and nationalities on display. Our recent visit to the Conservatoire Citroen presented us with the perfect excuse to drop in on this magnificent museum. 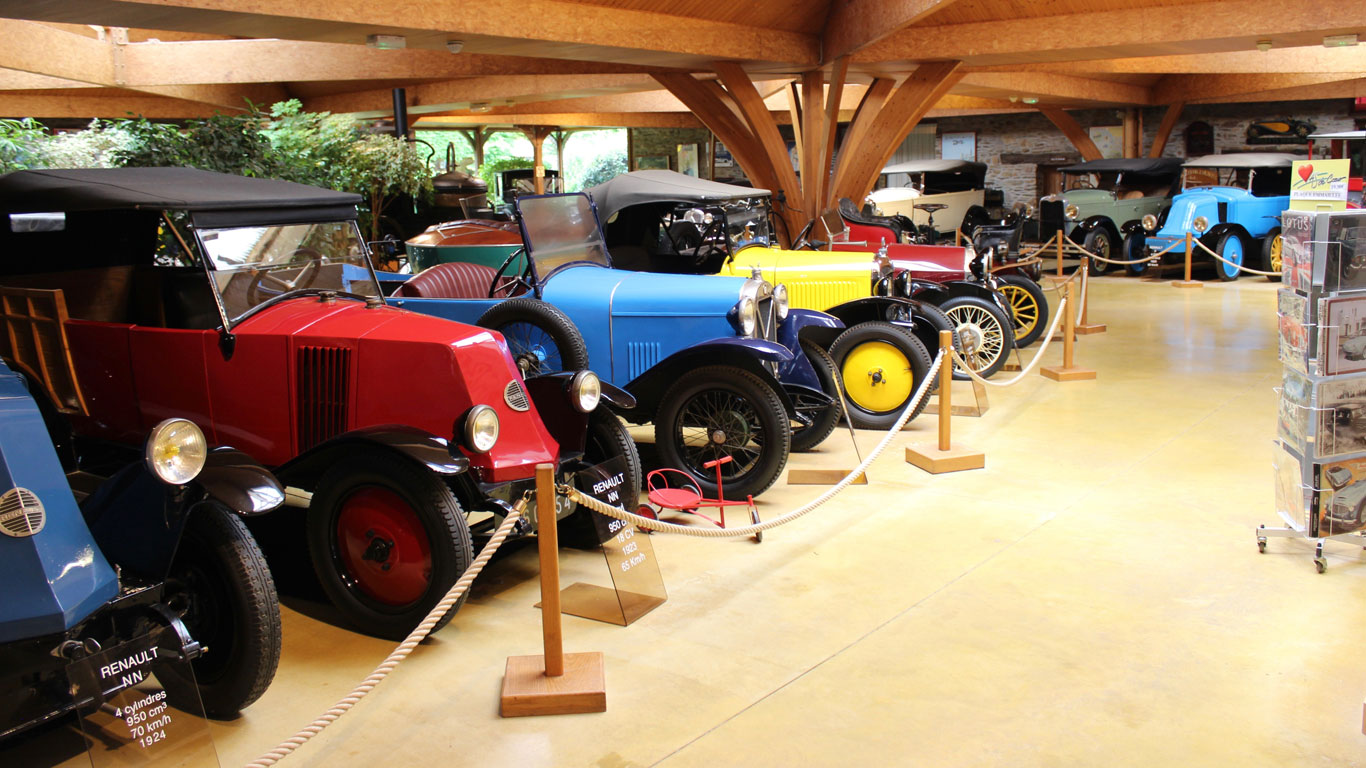 Through the dimly-lit reception area and past the obligatory shop, you’re presented with a hall of French veteran and vintage cars, appropriately named the Hall of Ancestors.

Around thirty years ago, The Manor of the Automobile was still a farm. Michel Hommell, who had been collecting cars since the age of 18, purchased the site with a view to housing his ever-growing collection in one place. It took 15 years to complete, with the vehicles displayed in 15,000m2 of exhibition space. 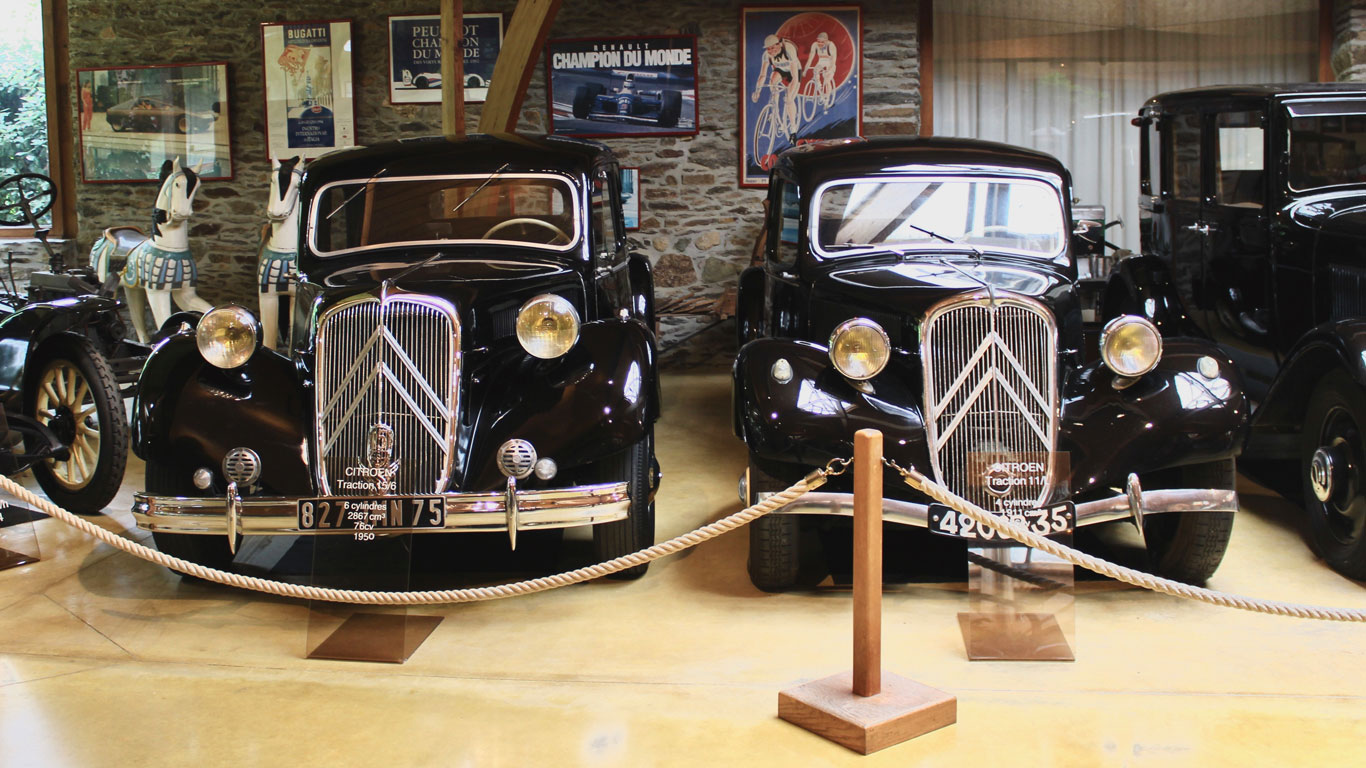 Turn the first corner and you’re greeted with the sight of a pair of Citroen Traction Avants. It’s considered to be the godfather of the modern automobile and was the first mass-produced front-wheel drive car. 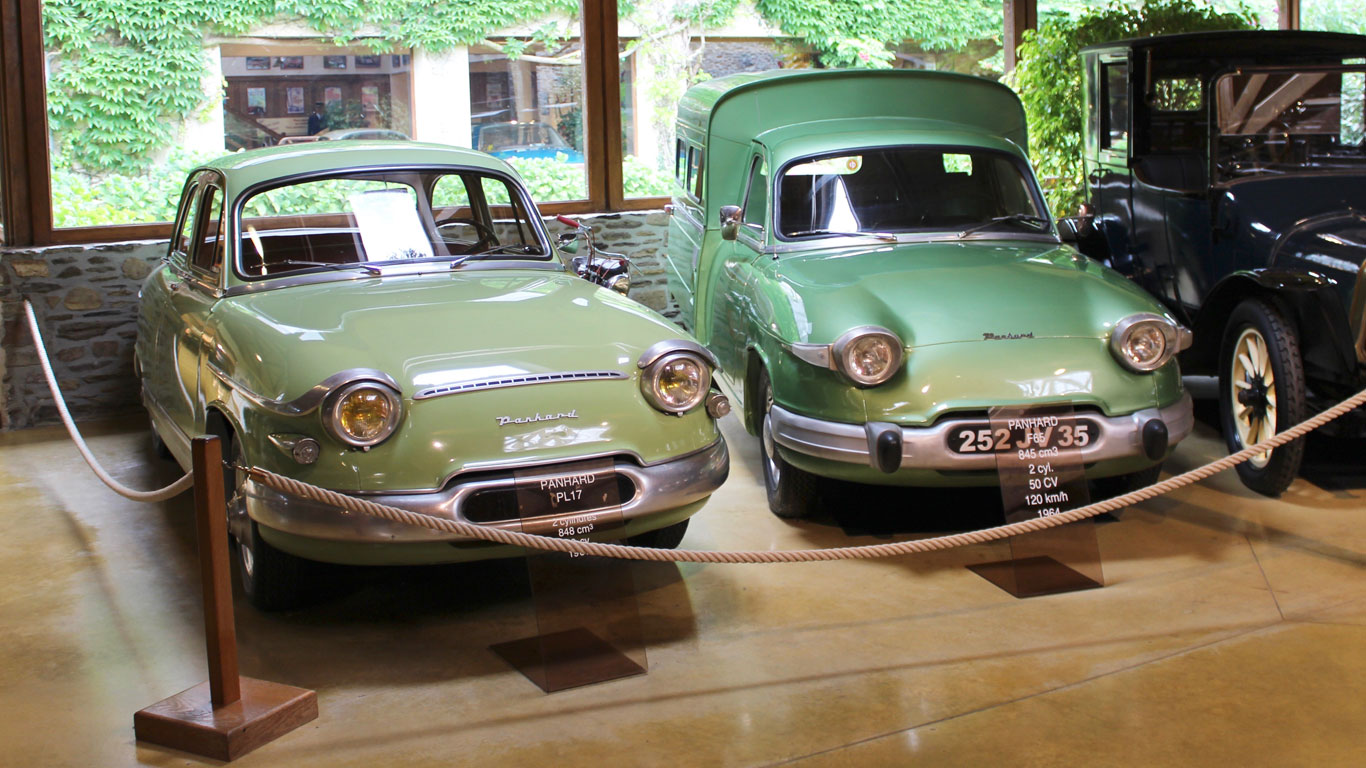 Today, the Panhard name exists as a part of Renault Trucks Defense, but the French carmaker stopped building cars in the late 60s. Some 130,000 PL17s were sold, before production ceased in 1965. 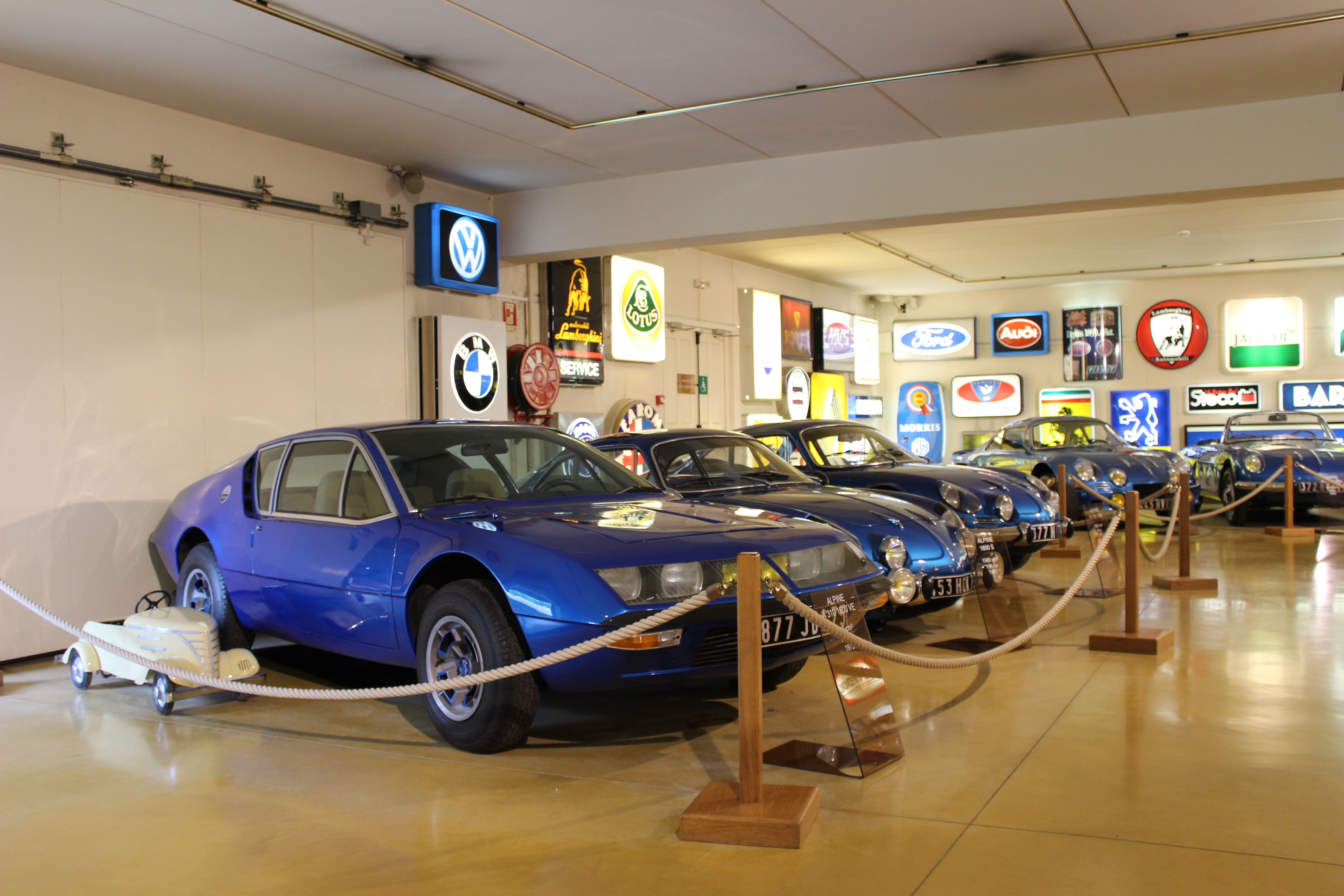 The display of Alpine cars is the first hint that the museum might be about to send your jaw hurtling towards the polished floor. It’s a sea of Alpine Blue and yellow headlights, flanked by backlit dealership logos. 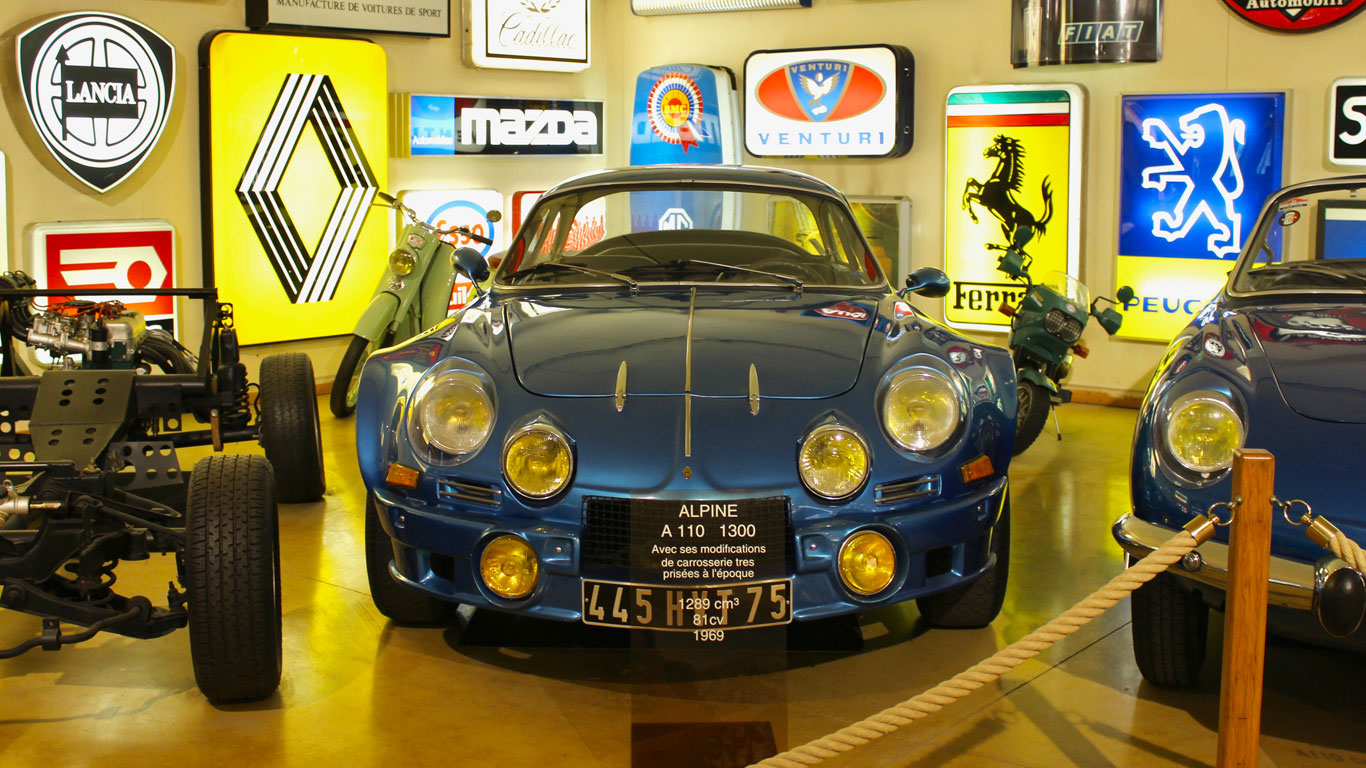 The Alpine A110 was based on the Renault 8 Gordini and proved to be a formidable force on the world rally stage. A new version was unveiled at the 2017 Geneva Motor Show and will hit the roads before the end of the year. 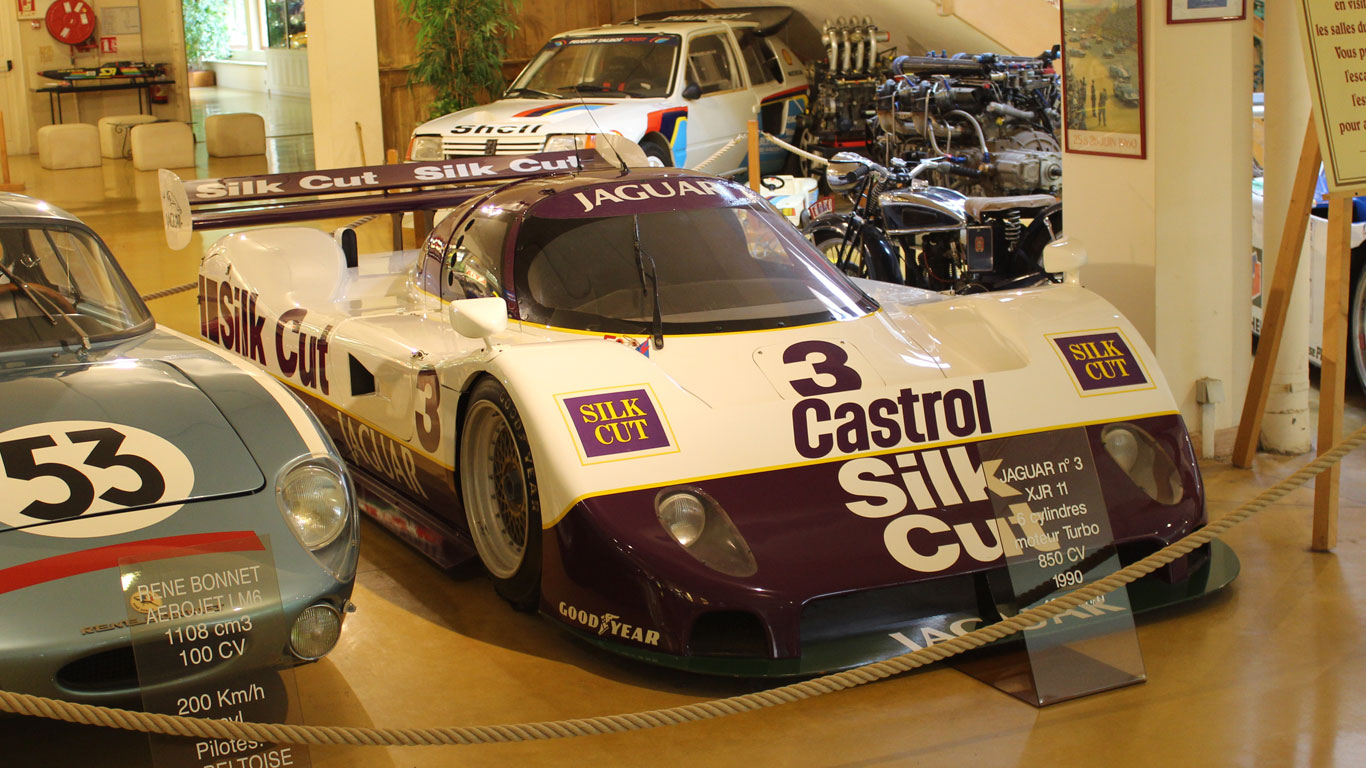 From the days when tobacco sponsorship was still permitted and delivered a number of iconic deliveries. The Silk Cut Jaguar XJR-11 must be up there with the Marlboro McLaren and John Player Special Lotus. 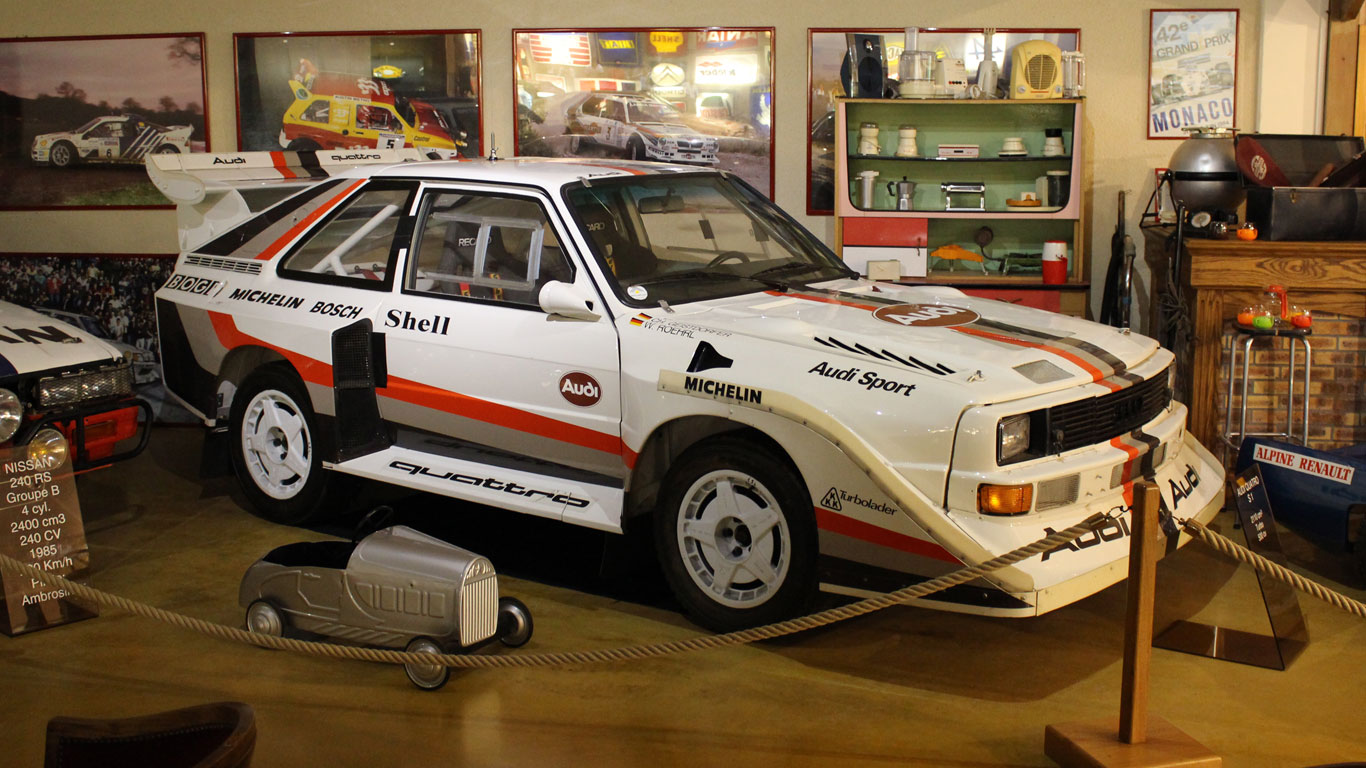 The Manor’s Group B display is worth the $12 entry fee alone. If the Audi Quattro S1 doesn’t grab you… 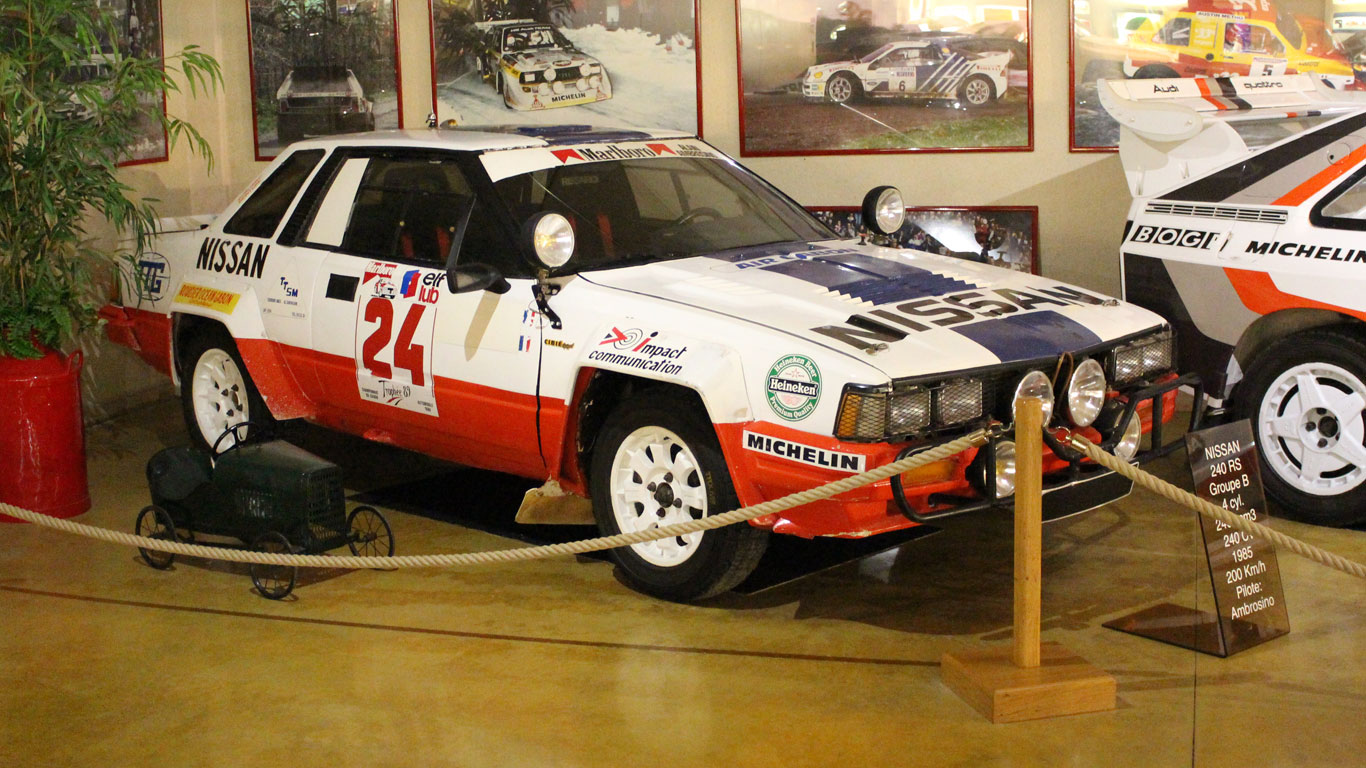 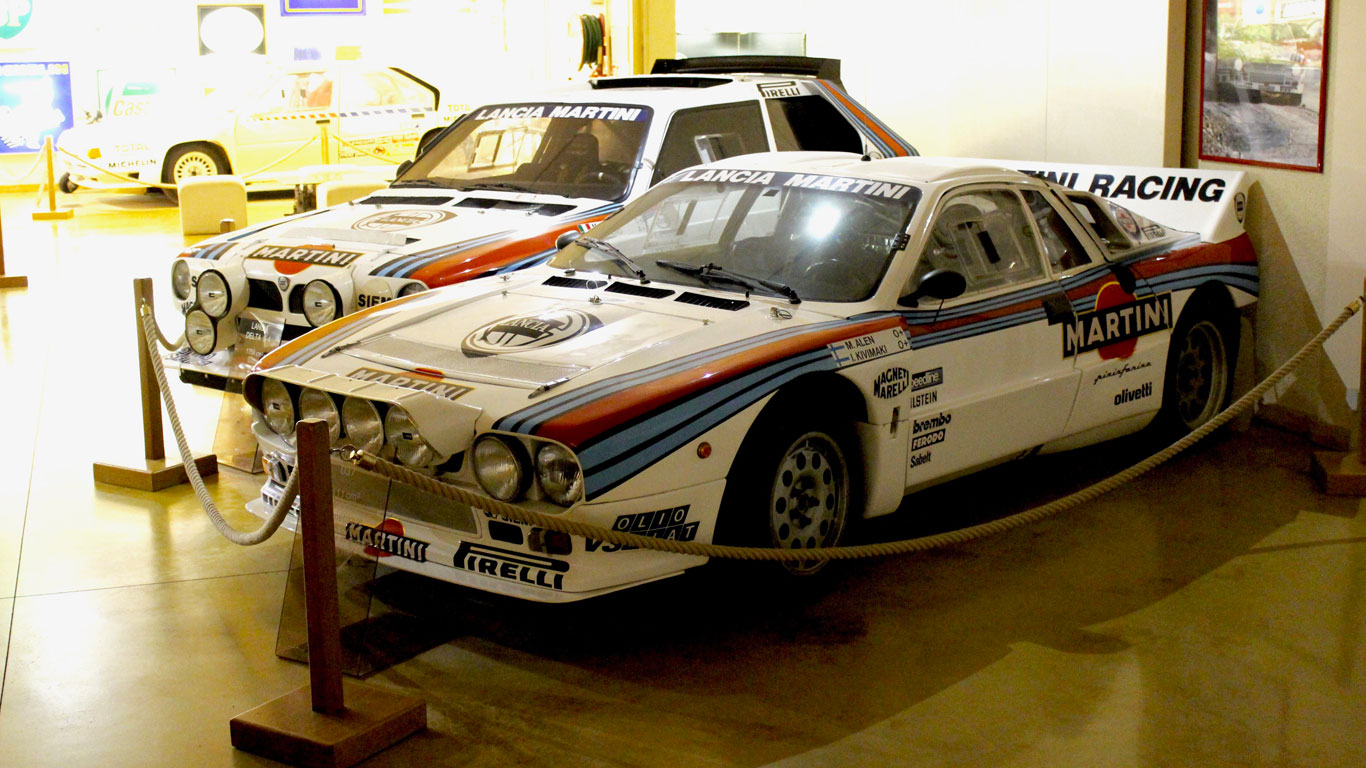 It’s a Martini Racing overload, with Markku Alén’s Lancia 037 and a Lancia Delta S4. Alén and Lancia were joined at the hip throughout the 1980s. 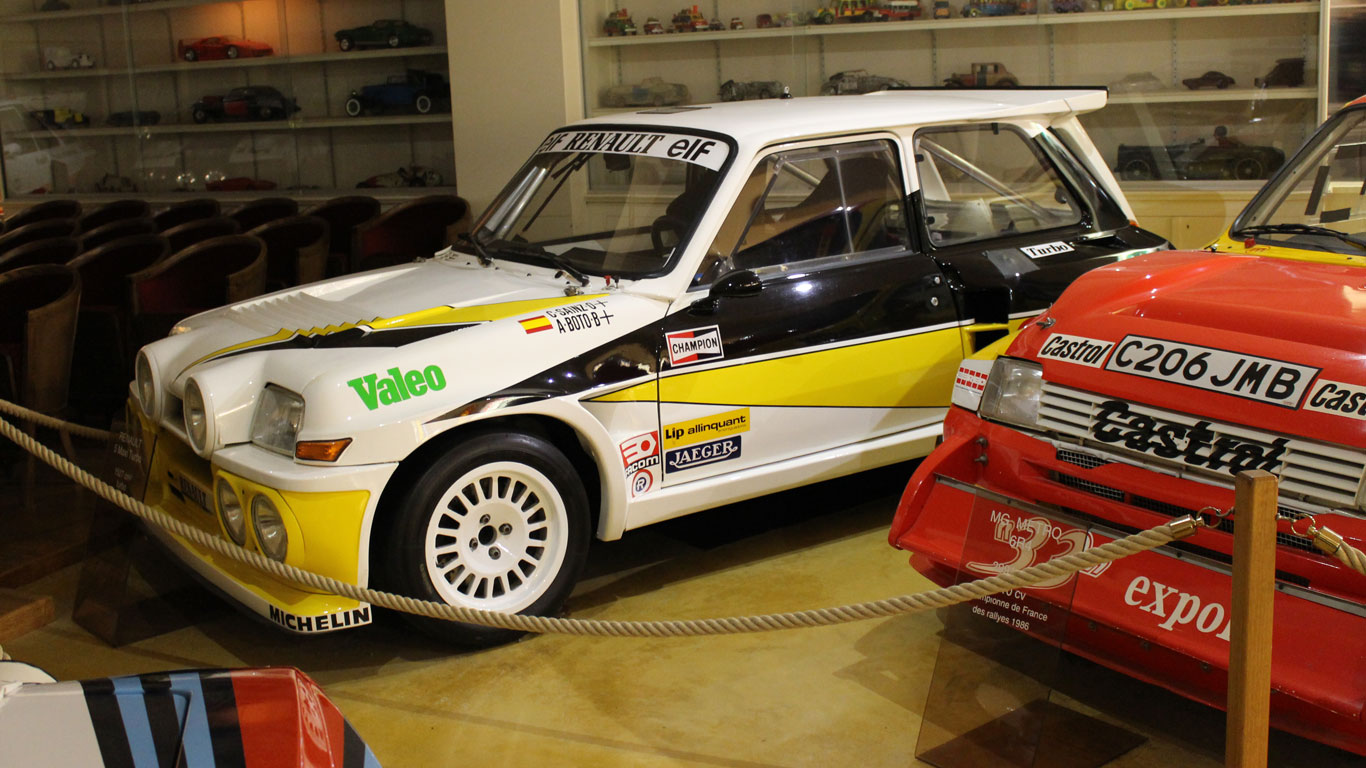 In 1986, Carlos Sainz and Antonio Boto finished second in the Spanish Rally Championship in this Renault 5 Maxi Turbo. Check out the videos on YouTube for the vehicle in action. 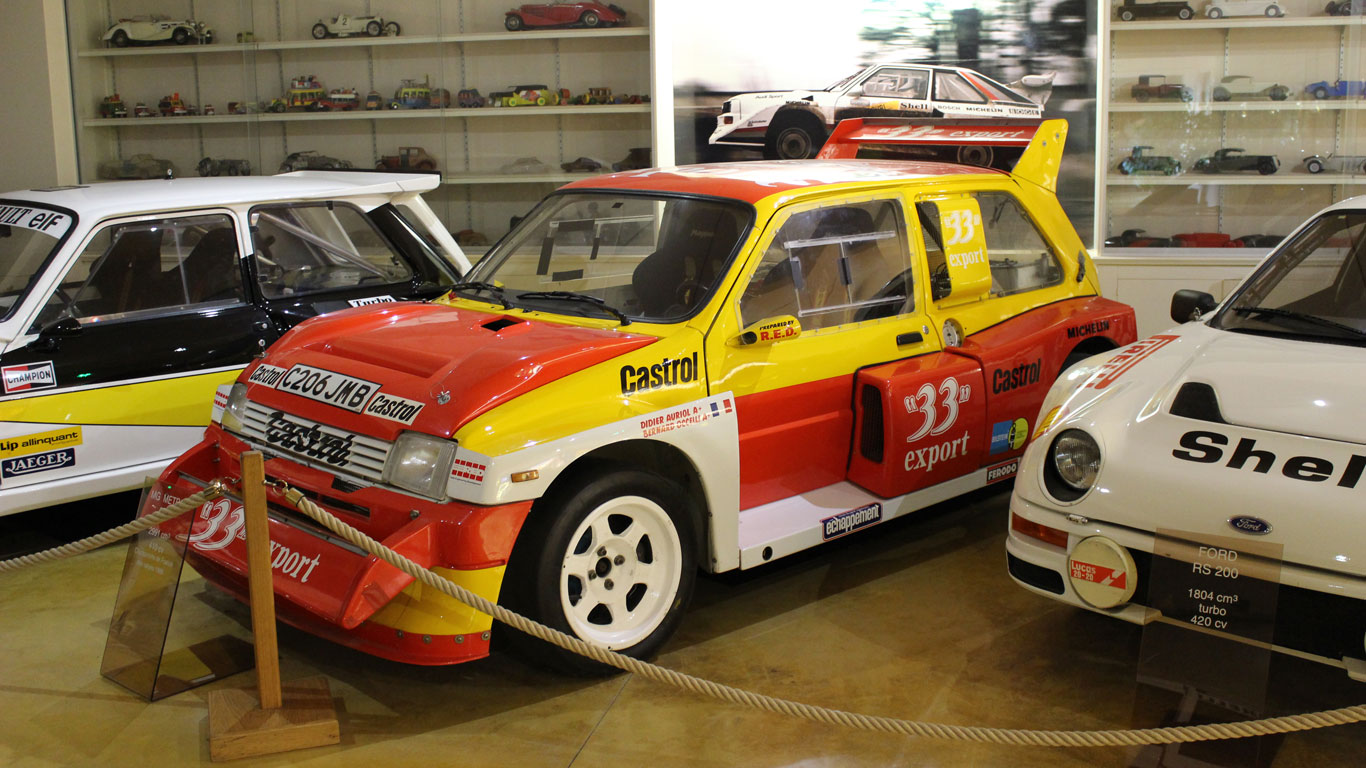 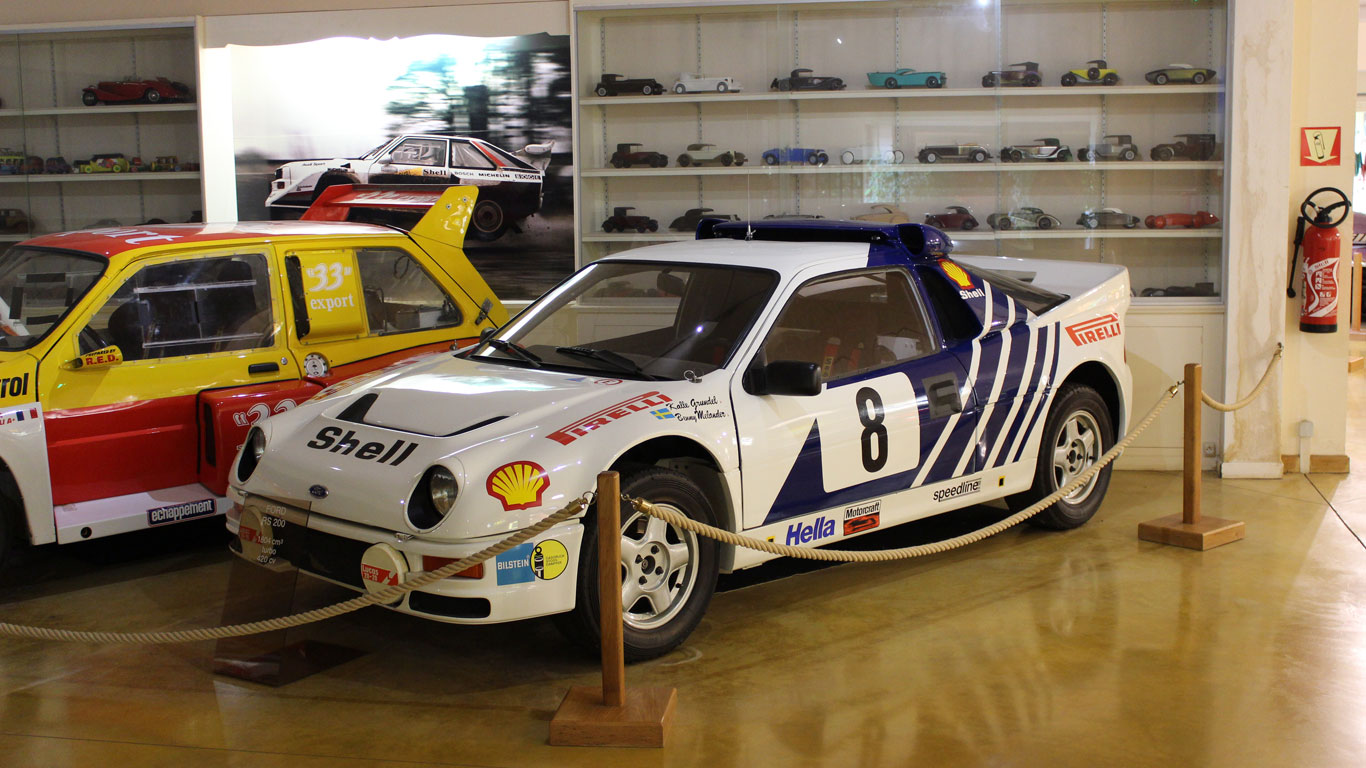 Kalle Grundel drove this Ford RS200 to third place in the 1986 Swedish Rally, his best ever Group B finish. 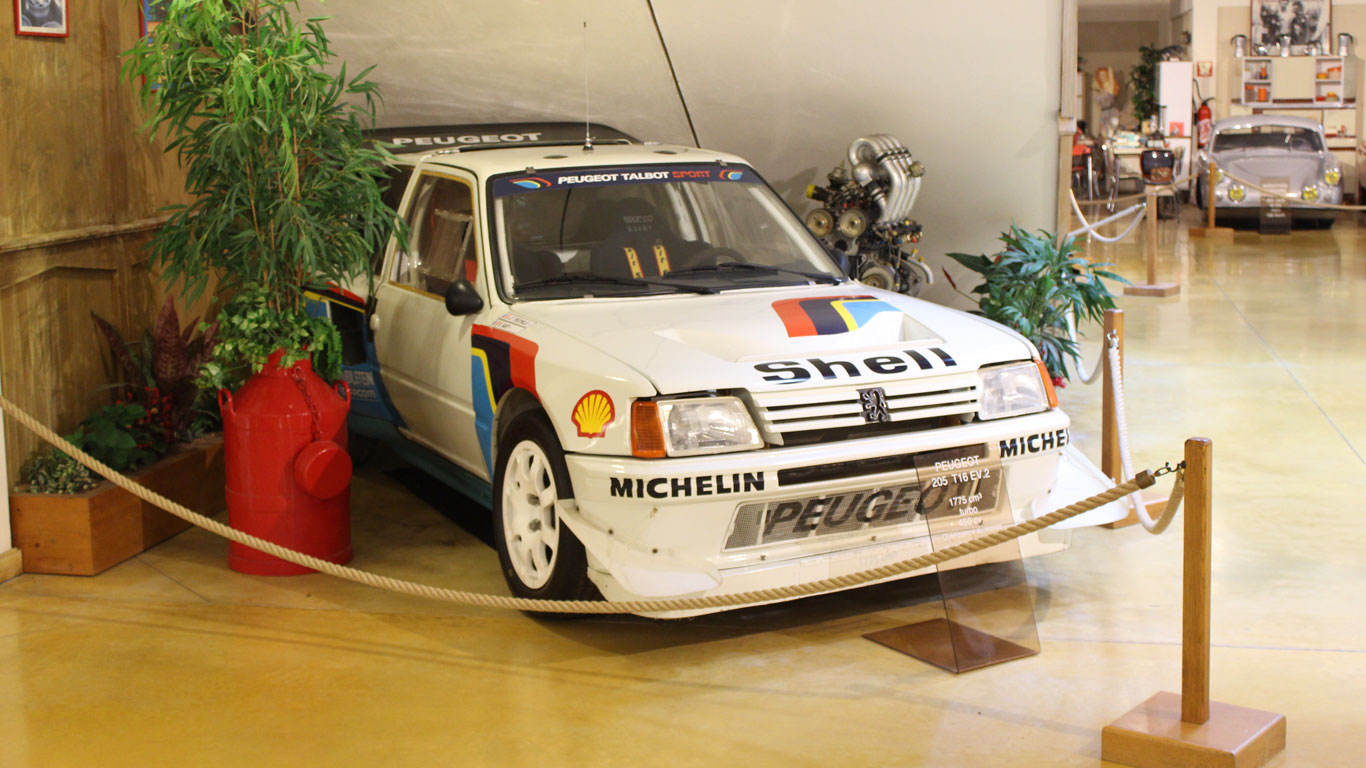