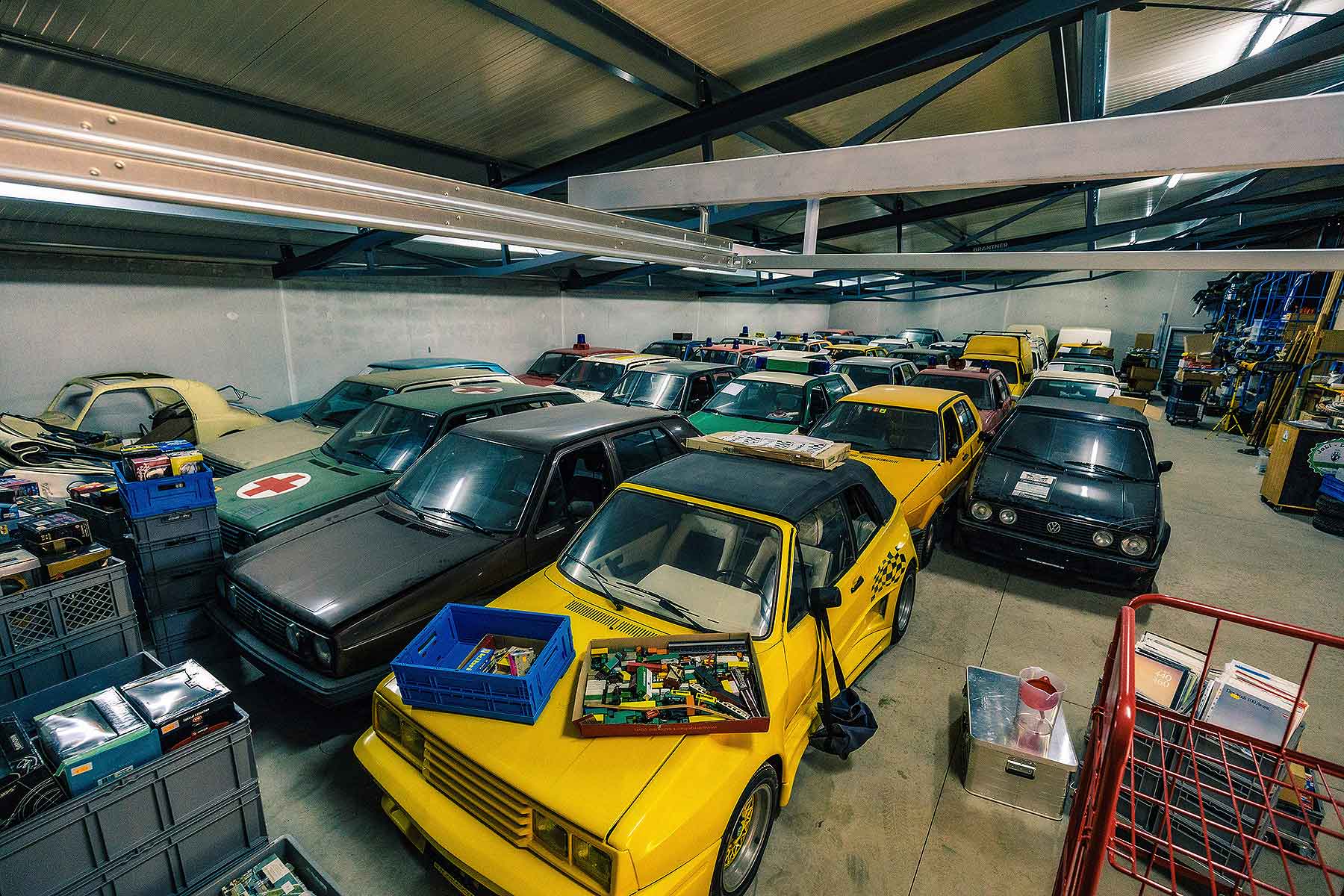 If we told you someone has a vast car collection comprised exclusively of Volkswagen Golfs, you could be forgiven for thinking he might be a line manager at the Wolfsburg plant with delusions of grandeur.

You’d be forgiven, but also wrong. A gentleman by the name of Josef Juza – a chimney sweep based in Vienna – has amassed 114 examples of the staple VW model and its many derivatives. If you’ve got an image in your mind of a precisely parked legion of anonymous and identical silver hatches, then once again, we must ask you to reassess your preconceptions. 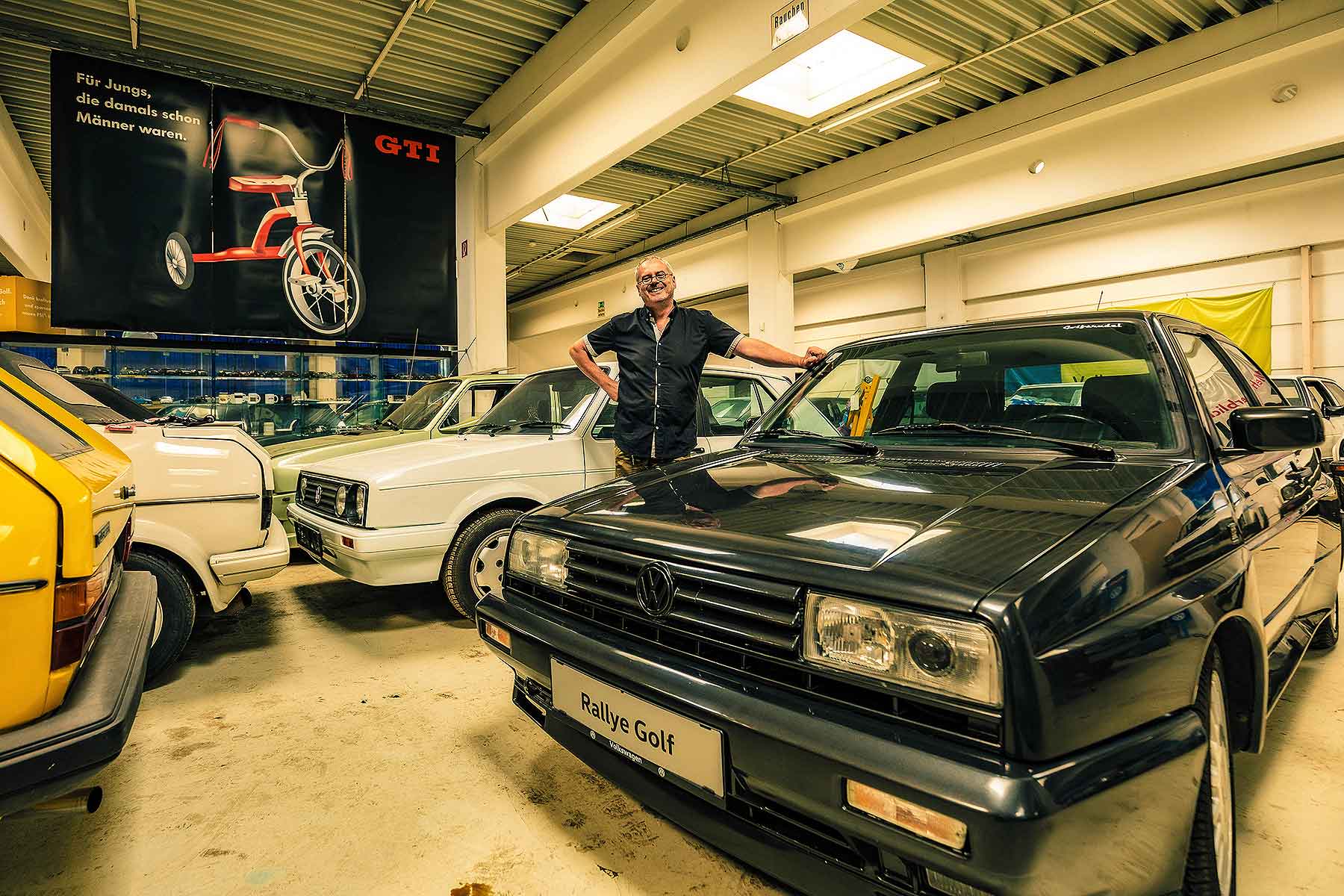 The Golf has, over the course of its seven generations, proven to be one of the most versatile motorcars of the last 40 years. It’s as fantastically useful and malleable in terms of its architecture as the Land Rover Defender, the Ford Transit or indeed the Beetle that it was conceived to replace.

And it’s when you take a look through Josef’s collection that you realise to say “50 Shades of Golf” really would undersell the amount of configurations and applications this humble little best-seller has been at the heart of.

So what’s actually in this collection?

Peruse the snaps and you see the Caddy Pickup, the Corrado and the Jetta Cabriolet – all Golf-based. Fair but not mind-blowing and let’s be real, a bit of a cheat. Then the Mk1 with a sliding door raises an eyebrow, as does the CityStromer (an e-Golf from 1981!) and an airport Bremen. That’s a staircase attached to a Caddy pickup that you’ll find passengers climbing up on the way to their airplane seat… The realisation dawns that the Golf has some decidedly Frankensteinian variations, most of which are accounted for in this collection.

Various camper van configurations, a chocolate box of GTIs and ever-quirkier modified creations round off what is a spectacular testament to this legend of everyman motoring.

It’s no overstatement to say that Josef could probably host a shindig to rival Wörthersee itself.