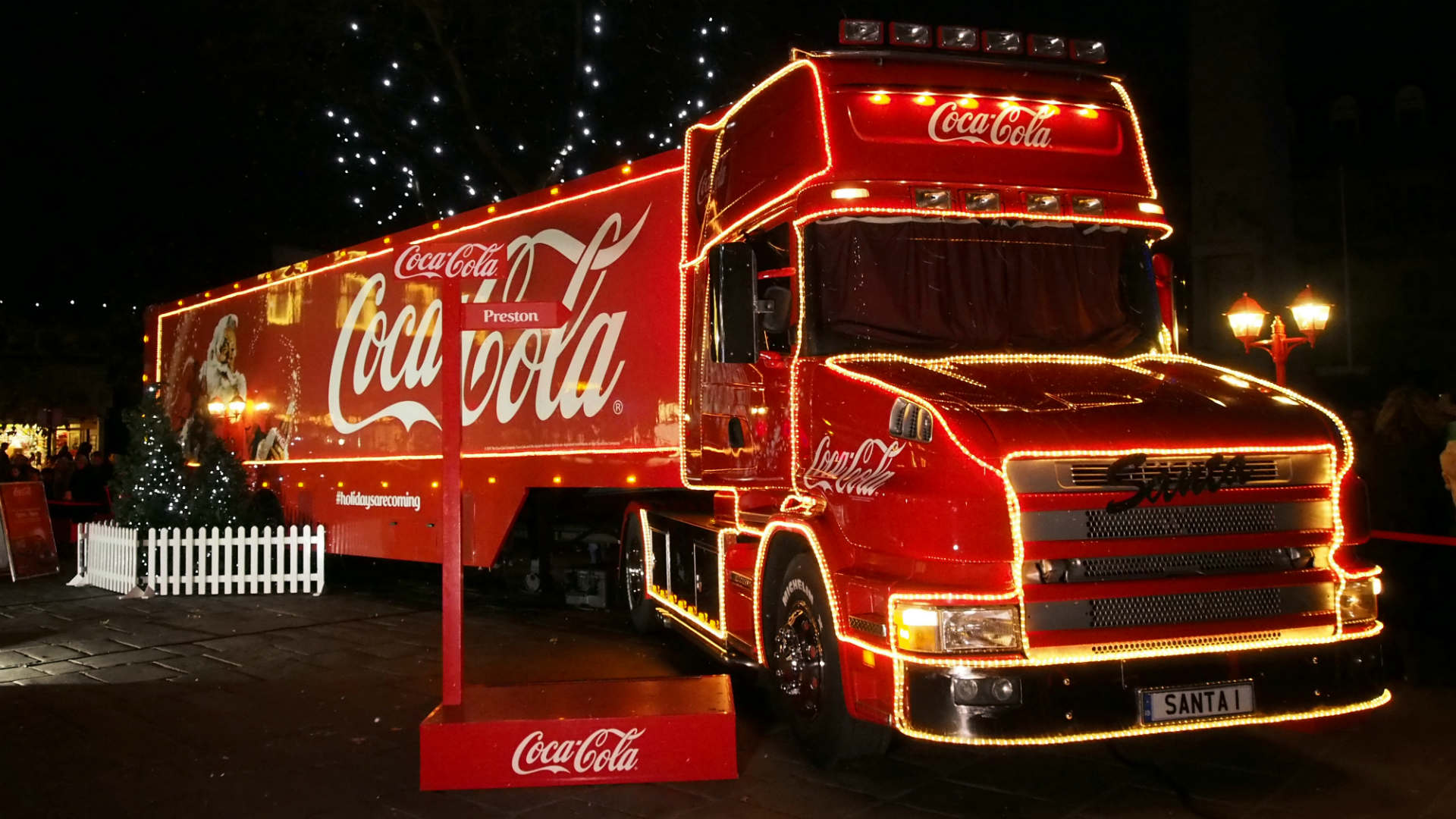 The Coca-Cola Christmas Truck will roll into Edinburgh today to start its UK tour. It’s confirmation that, like it or not, the holidays are coming.

Actually, there’s more than one truck, unless the big red lorry has magical powers akin to the big fella in the red suit. It will also be in Cardiff today, with the tour drawing to close at the O2 Arena on Sunday 15 December.

But one waste company wants to ban the Coca-Cola truck, claiming it’s ‘one of the stupidest Christmas traditions’.

“Driving a truck the length and breadth of the country for no clear purpose sets a bad example,” says Mark Hall of BusinessWaste.co.uk.

Coca-Cola would take issue with the ‘no clear purpose’ claim. According to its website, the truck will ‘spread holiday magic’ and bring ‘festive joy to people across the UK’.

There’s also the small matter of selling bottles of fizzy pop and ensuring the Coca-Cola name is spread far and wide via social media.

As Buddy the Elf might say, “The best way to spread Christmas cheer is singing loud for all to hear… and taking a big red truck on a tour of the UK.”

BusinessWaste.co.uk says the Coca-Cola truck does 10.6mpg, weighs 40 tonnes and will use 287 gallons of diesel fuel. It also says that Santa’s sleigh is more efficient, but we’re not sure that’s been verified by the WLTP test.

“That’s the same as driving from London to Moscow – and back again!“

Which camp are you in? Will you welcome the big red truck and its band of Christmas helpers, or do you agree with Mark Hall?

The Coca-Cola truck: naughty or nice? You decide.