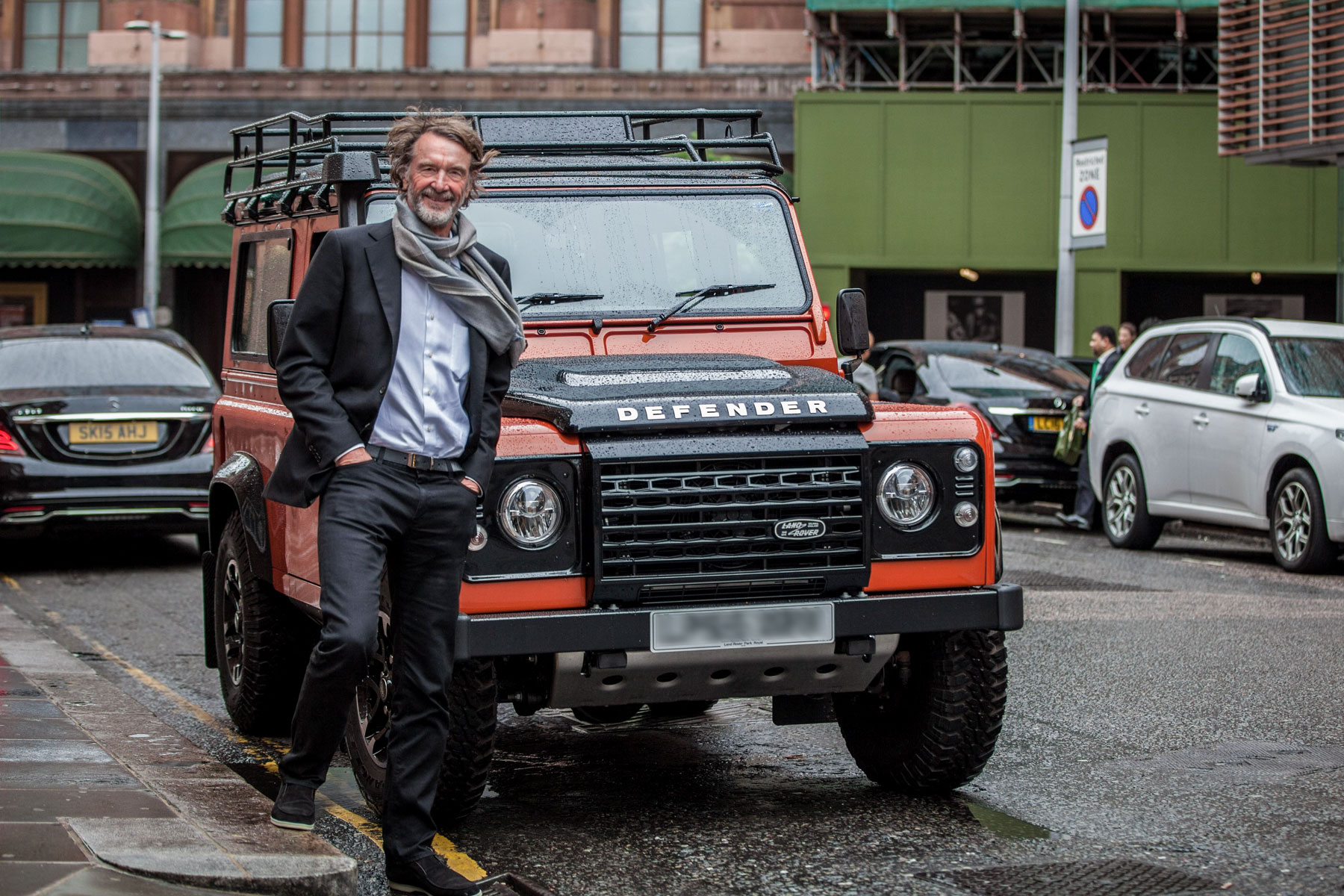 Jim Ratcliffe — the billionaire owner of chemical giant INEOS — is a man with a thought. A thought that the Land Rover Defender “can be upgraded to be the world’s best and most rugged off roader”.

Does this mean the iconic Defender could rise again? One thing’s for certain, INEOS doesn’t lack the financial clout required for such an ambitious project. Its website boasts of sales totalling $40 billion, with over 17,000 employees and activities across 65 sites and 16 countries. Make no mistake: Ratcliffe is a man who knows how to make friends and influence people.

Or rather, influence organisations. Today, INEOS has issued a press release saying it “has commissioned a full feasibility study into resurrecting the Land Rover Defender and held exploratory talks with Jaguar Land Rover”.

Is the Defender a national treasure – a car that should be left alone and consigned to the history books? INEOS believes not, claiming that while the exterior shape should be treated “like a listed building”, it can be made better, referencing the Toyota Land Cruiser’s reliability and Defender’s “superior off-road qualities”.

Could this signal an end for the gag about driving into the jungle in a Defender and driving out again in a Land Cruiser? Time will tell.

“I am a great admirer of the Land Rover Defender”, claims Jim Ratcliffe, who goes on to say: “Whilst it is early days, our plan has already attracted a huge amount of support from third parties across the globe.” With one eye on the export opportunity, INEOS hopes to build the new model in the north of the UK, preferably near a port.

Ratcliffe adds: “I am a passionate advocate of UK manufacturing and the Land Rover Defender has been a part of the British motoring scene for over sixty years. We want to breathe new life into it and make it even better than before.”

Last week, a Land Rover spokesperson told Autocar: “There is no way this is happening. We’re not going to let anyone build our Defender.”

Anyone except billionaire Jim Ratcliffe? A spokesperson told Motoring Research: “Defender will always be Land Rover’s icon. Jaguar Land Rover have stated our intention to continue the Defender lineage with an all-new model. There is nothing further to add at this time.

“It is too early to start talking about the new Defender at this time. The Defender remains a key part of our future product strategy, and with a growing portfolio of models Jaguar Land Rover is confident we have the breadth of models to meet the demands of our global customer base.”

We suspect there will be a few twists, turns, ruts and fords in this tale. One to watch.