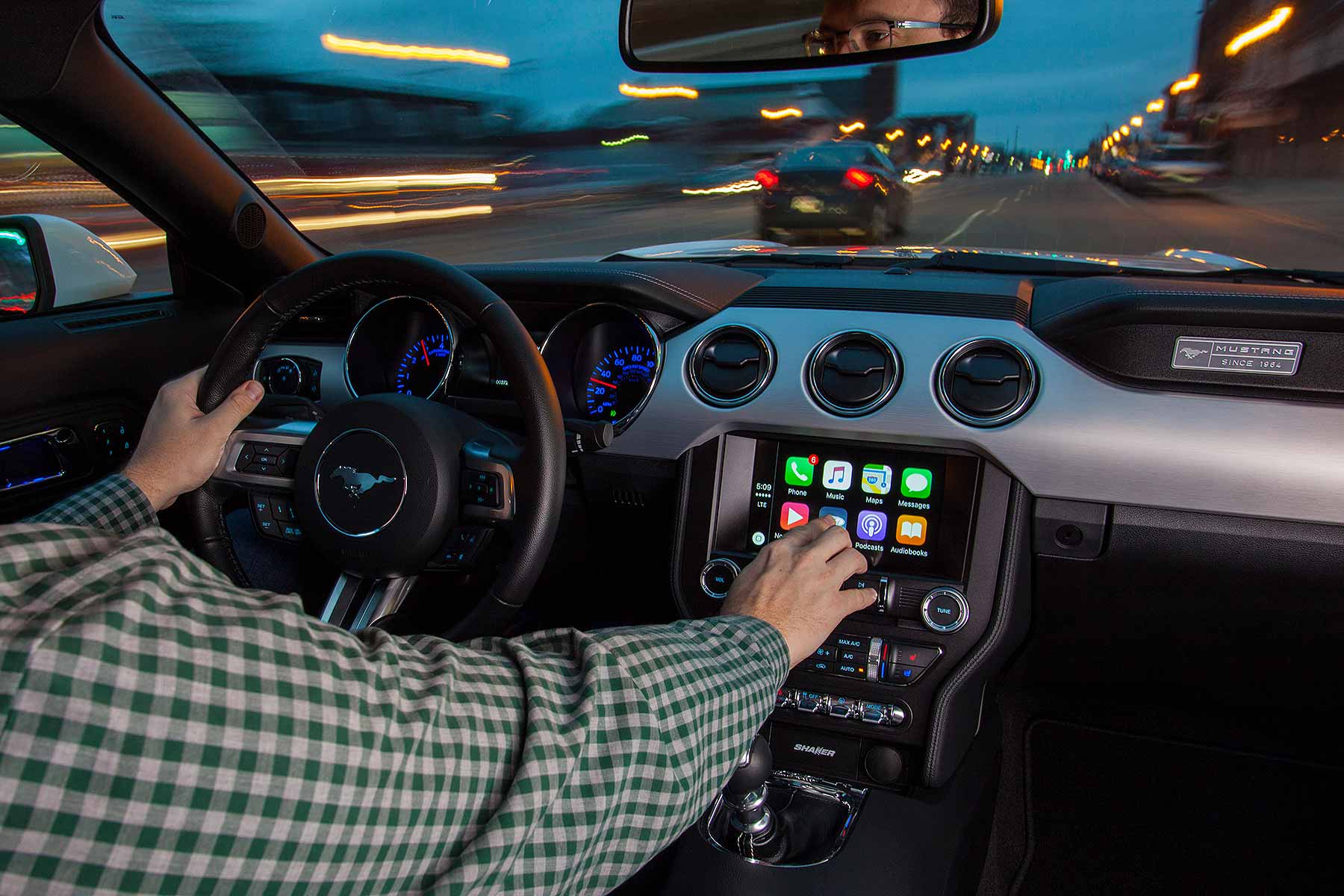 Ford has finally installed Apple CarPlay and Android Auto into the latest version of its in-car infotainment system, Sync 3.

It’s a big deal. Ford says there are over 15 million Sync-equipped cars on the road. By 2020, there will be a staggering 43 million.

The long-awaited announcement at CES 2016 thus at last will allow Ford drivers to control their Apple and Android smartphone apps through the colour Sync touchscreen.

It means smartphone maps, messages, music and phone can all be controlled via the car – and it should also offer in-car access to additional apps such as Spotify.

The interface mirrors the smartphone’s too.

Rolling out this year on 2017 cars, for now it’s only on the latest Sync 3 system currently on sale in the United States: Europe still uses the older, fiddlier Sync 2 system.

Wait for a possible announcement at next month’s Worldwide Mobile Congress in Spain on that, hinted a spokesman…

Ford’s also launching a suite of apps for Sync 3, via a new Sync AppLink system.

In the US, this links to apps such as Eventseeker, which hunts down events that fit a user’s preassigned profile as they drive. Another app tracks fuel prices and plans a route to the cheapest.

Similarly smart apps are expected for European owners when the system is launched.

Ford’s proud of the Sync system, which it launched in 2007 as “the industry’s first system to widely and most affordably offer voice-activated technology to control smartphones”.

It’s grown and been honed a lot since then. And at last, now more fully links with the world’s two most widely used smartphone platforms.

JLR ‘will be leader in car infotainment within 3 years’

Premium rivals have it wrong says JLR engineering boss – they should be thinking more like Apple...
Read more

Endurance goes behind the scenes of Porsche trying to win back-to-back 24-hour races, at both Le Mans and the Nurburgring
Read more

Volkswagen ID.3 prices to start from under £30k

Volkswagen will open ordering for series versions of its new all-electric ID.3 EV – and prices will start from £29,900
Read more

Custom capsules are the ultimate way to show off your supercar

Want to display your pride and joy? If your car is worthy of a motor show podium, a supercar capsule could be exactly what you’re looking for.
Read more