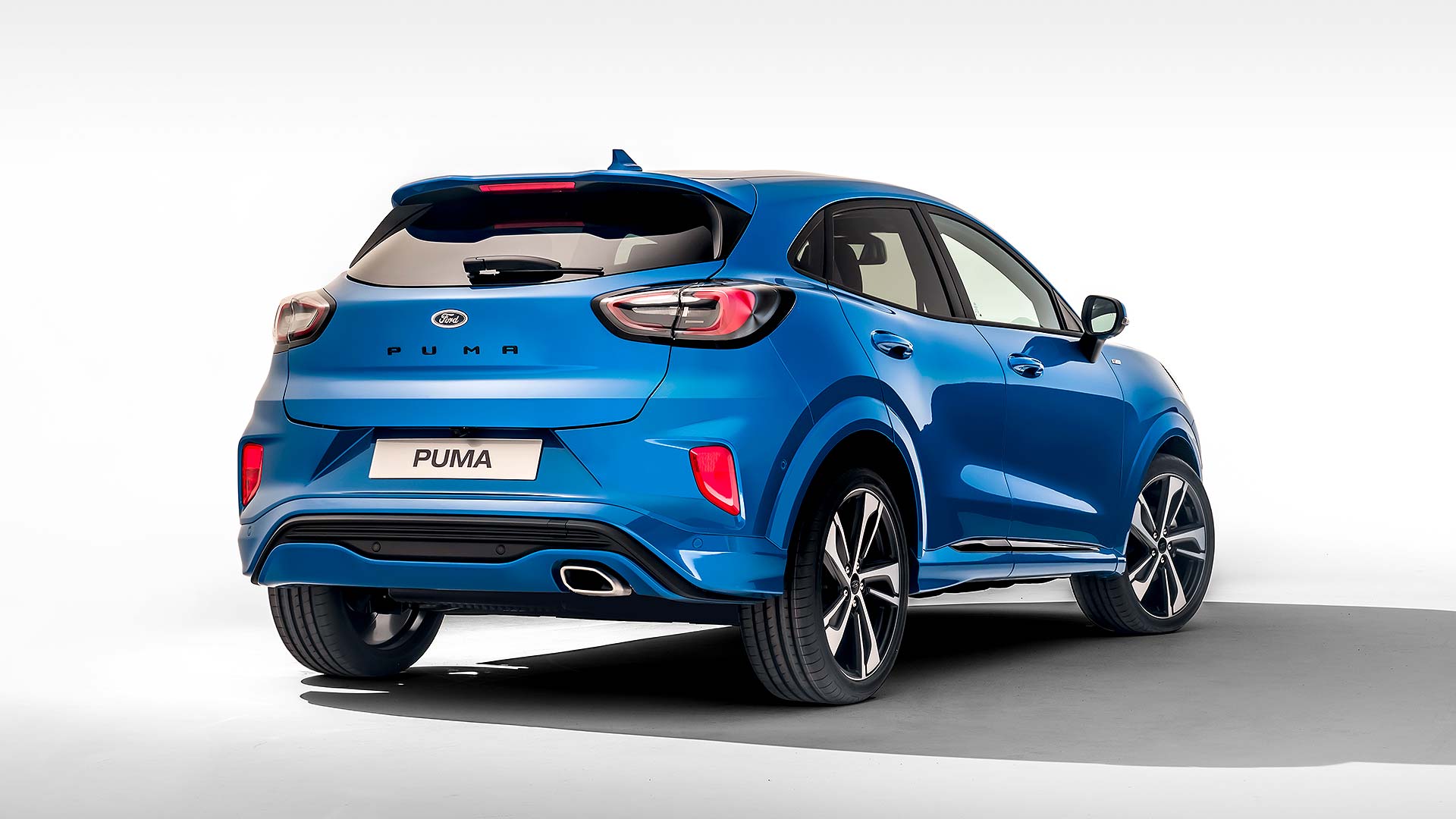 The Ford Puma is back. But before you get carried away with thoughts of Steve McQueen, Tiff Needell terrorising fellow Top Gear presenters and front-wheel-drive coupes, the new Puma is a small SUV. Like the old Puma, it’s based on the Ford Fiesta, but aside from the name, that’s where the similarities end. But the return of the much-loved name got us thinking about other cars that have returned from the dead. 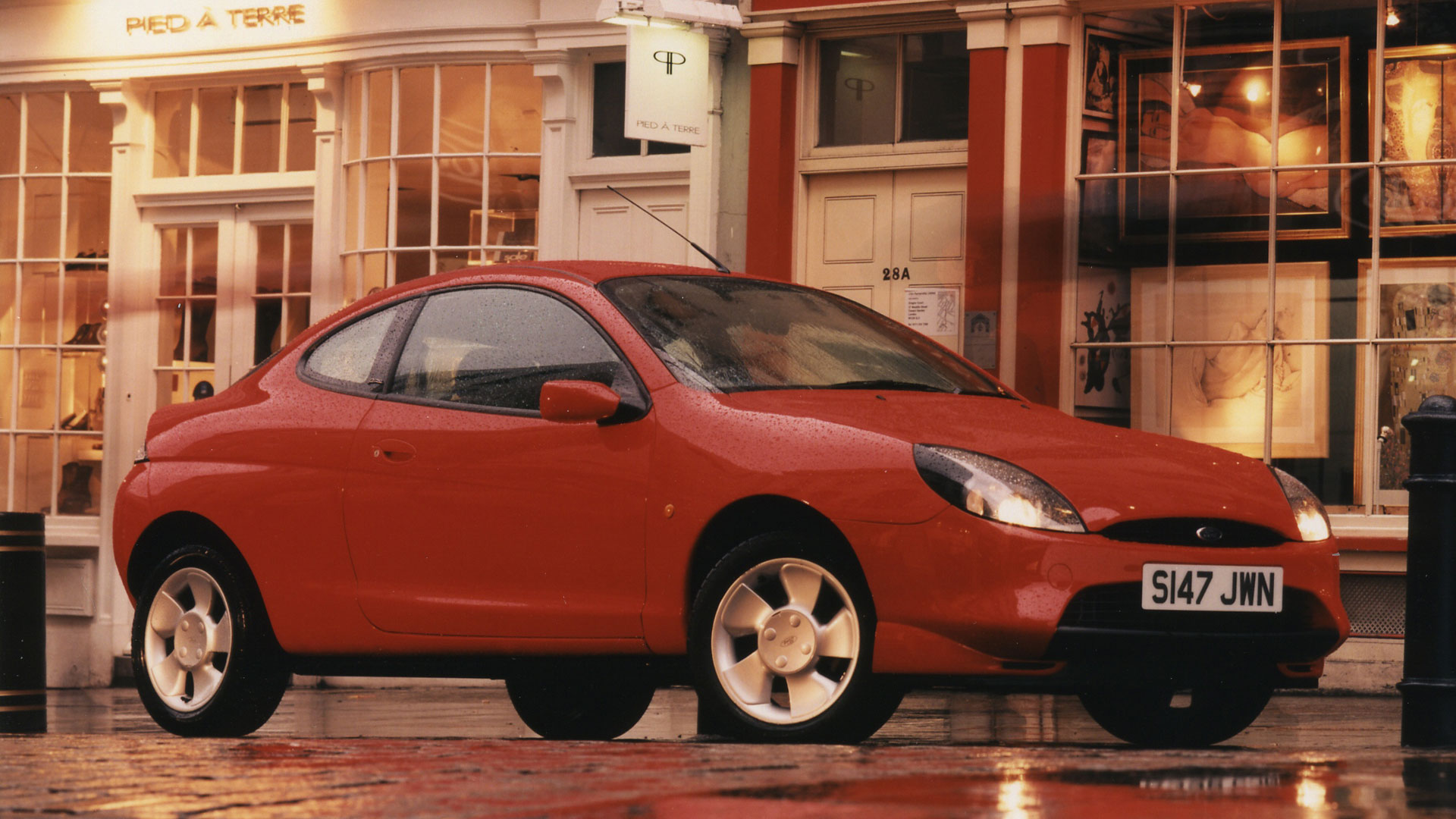 The last Ford Puma was, quite simply, one of the best handling front-wheel-drive cars ever built. Pick of the engines was the 1.7-litre unit co-developed with Yamaha, but the Puma also featured a delightful gearbox, complete with a terrific gear knob. No other small coupe could touch it – the car, not the knob – which meant the Puma appealed to both fashion-led buyers and keen drivers. 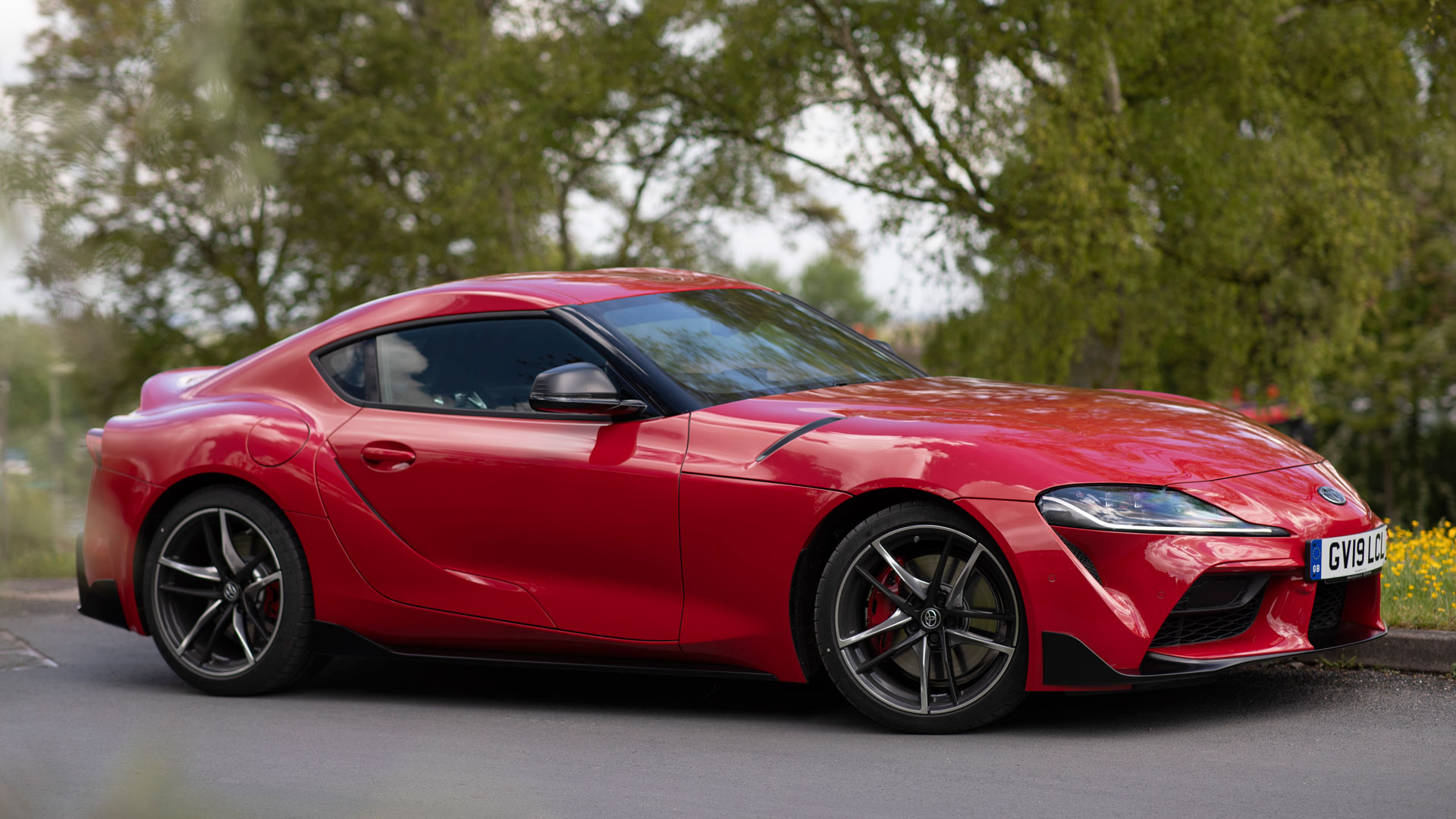 But while Ford has transformed the Puma from a cute coupe to a crossover, Toyota hasn’t messed with the Supra formula. The new car may borrow much from its sibling the BMW Z4 – including engines – but this rear-drive sports car is a near figure-for-figure copy of its predecessor. 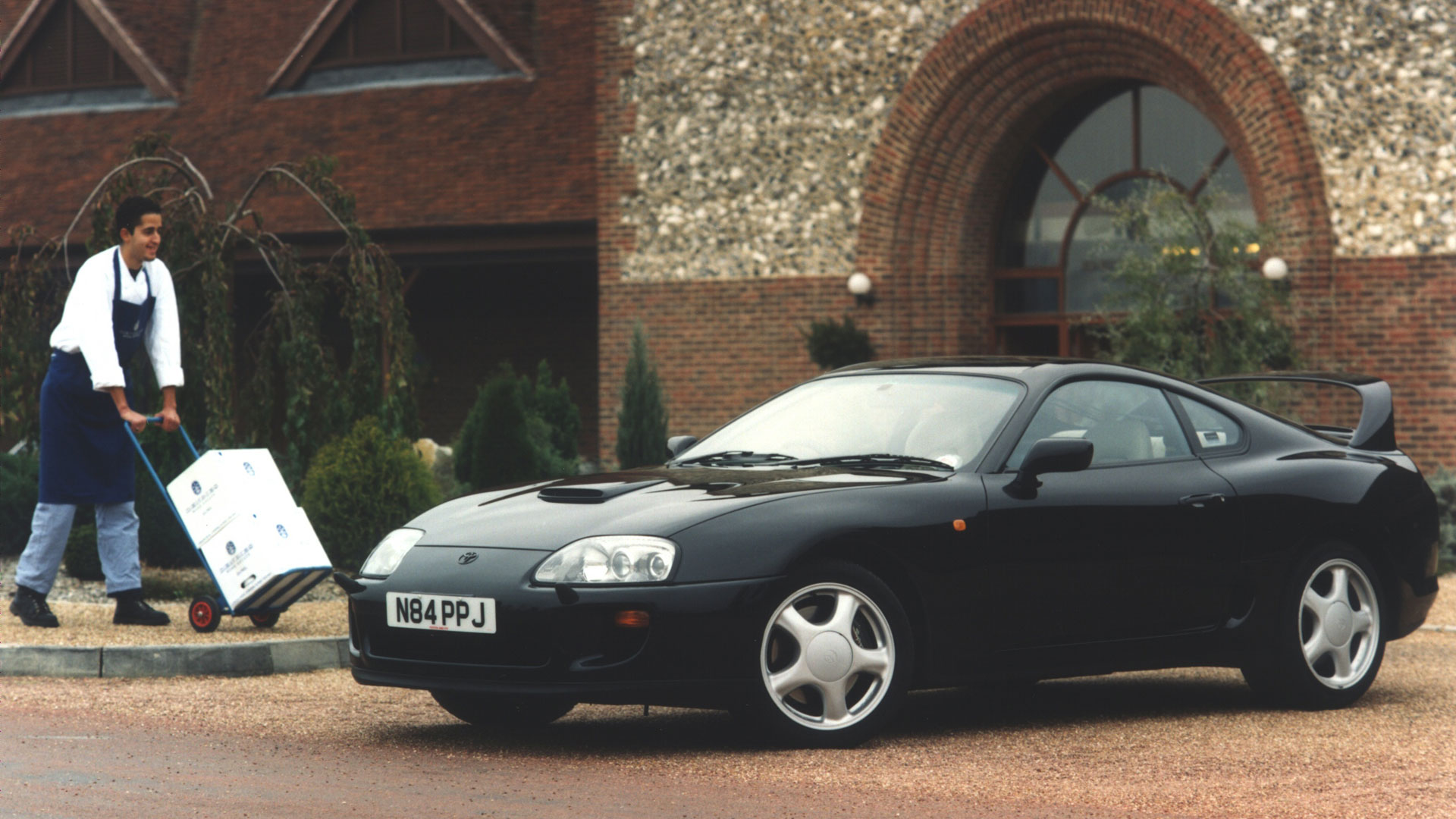 And by figure-for-figure, we mean they both produce near-on the same power and share the same footprint. Back in 1993, 320hp+ was not to be sniffed at. You could see off the top end of the Porsche 911 range with that. Today, it’s more Cayman than 911 territory, but we’re pleased that Toyota didn’t disappear down the horsepower wars rabbit hole. 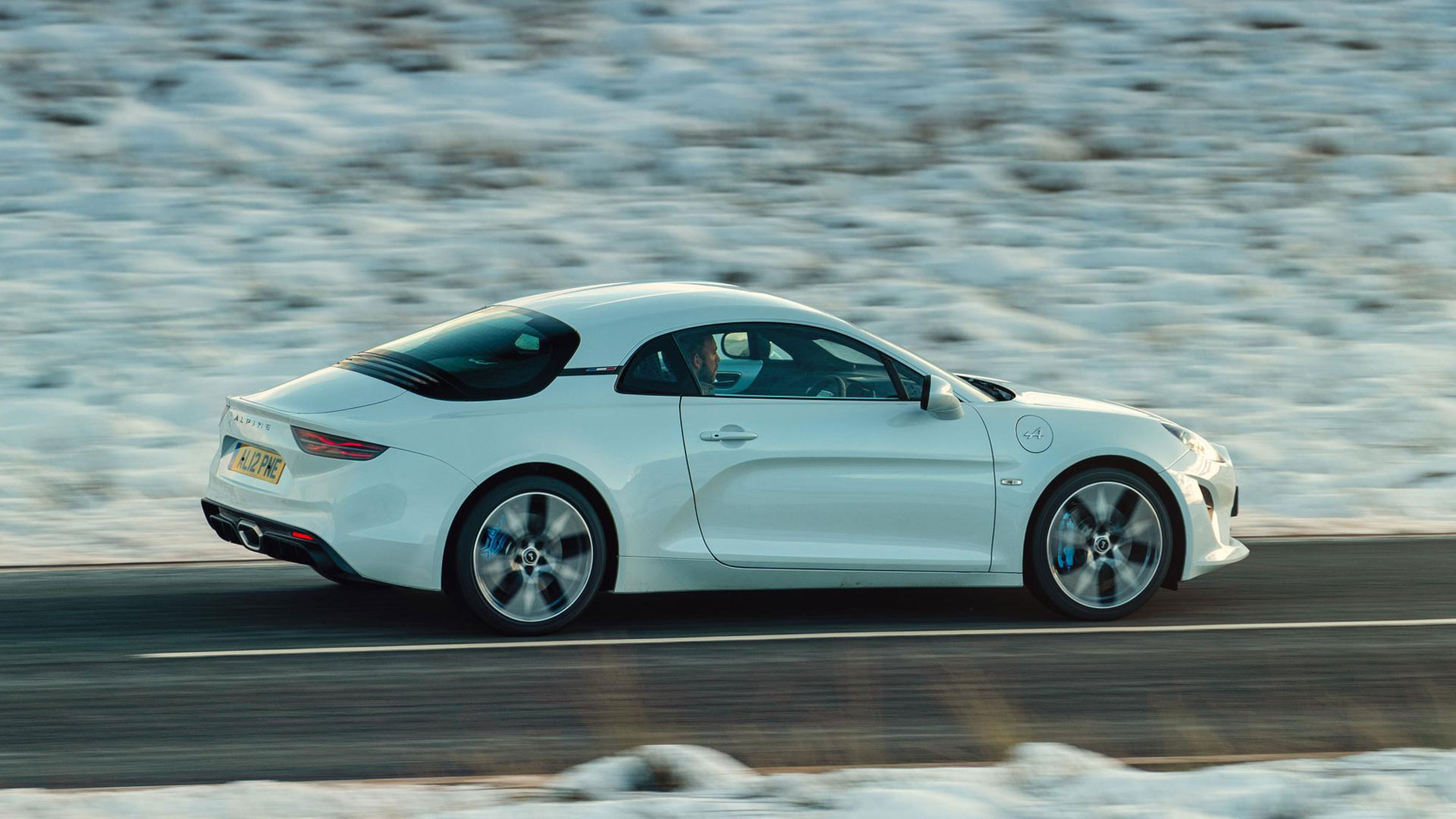 Alpine took a similar approach for its resurrection. It’s a back-from-the-dead double-whammy, as both the Alpine name and the A110 model return. The new car is so good, it came within a count-back of beating the Jaguar I-Pace to the 2019 European Car of the Year crown. 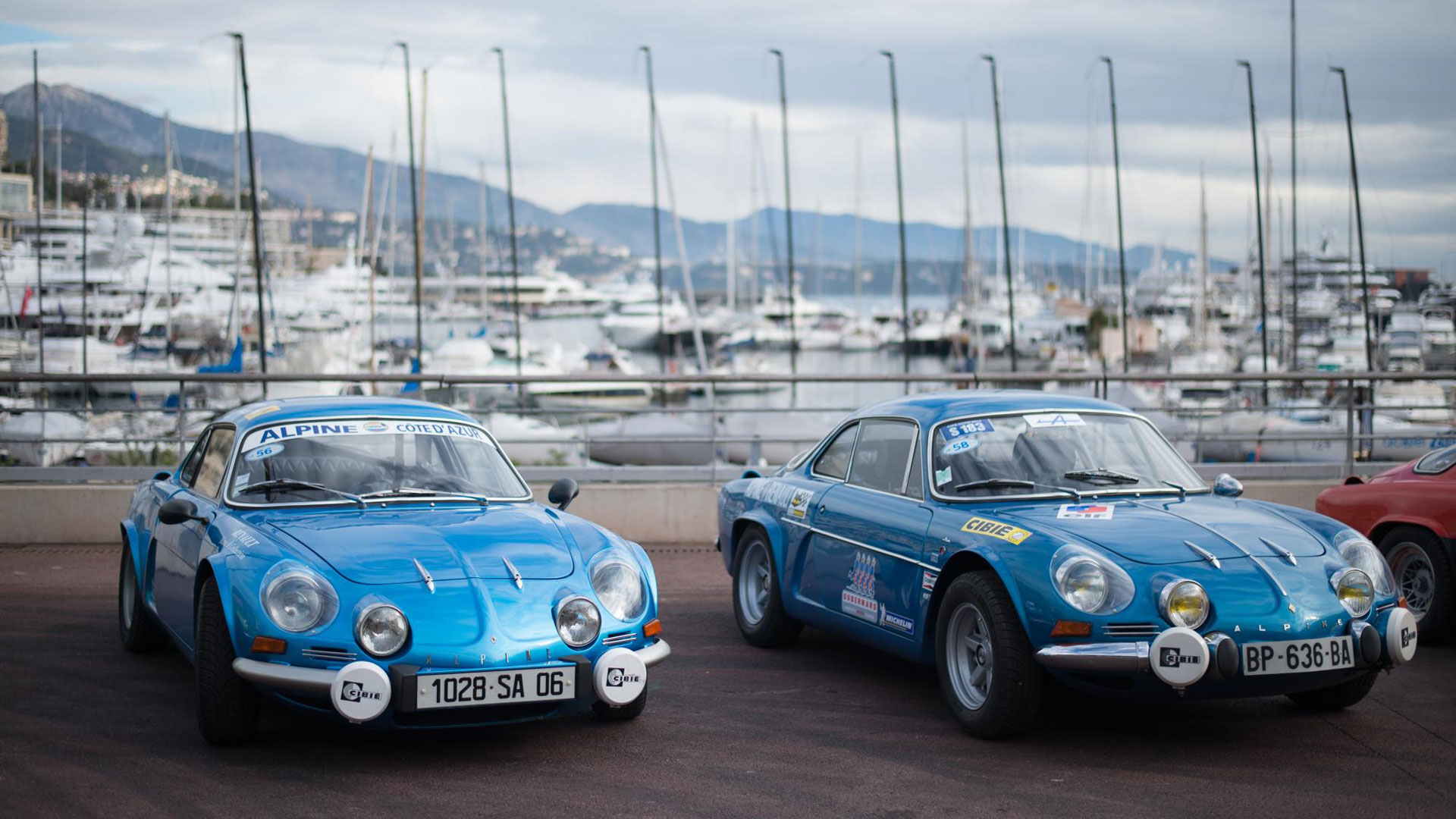 The new A110 has a lot to live up to. This lightweight sports car tore up the rally stages, to claim the first World Rally Championship in 1973. The new car apes the original’s style as well as its less-is-more ethos. 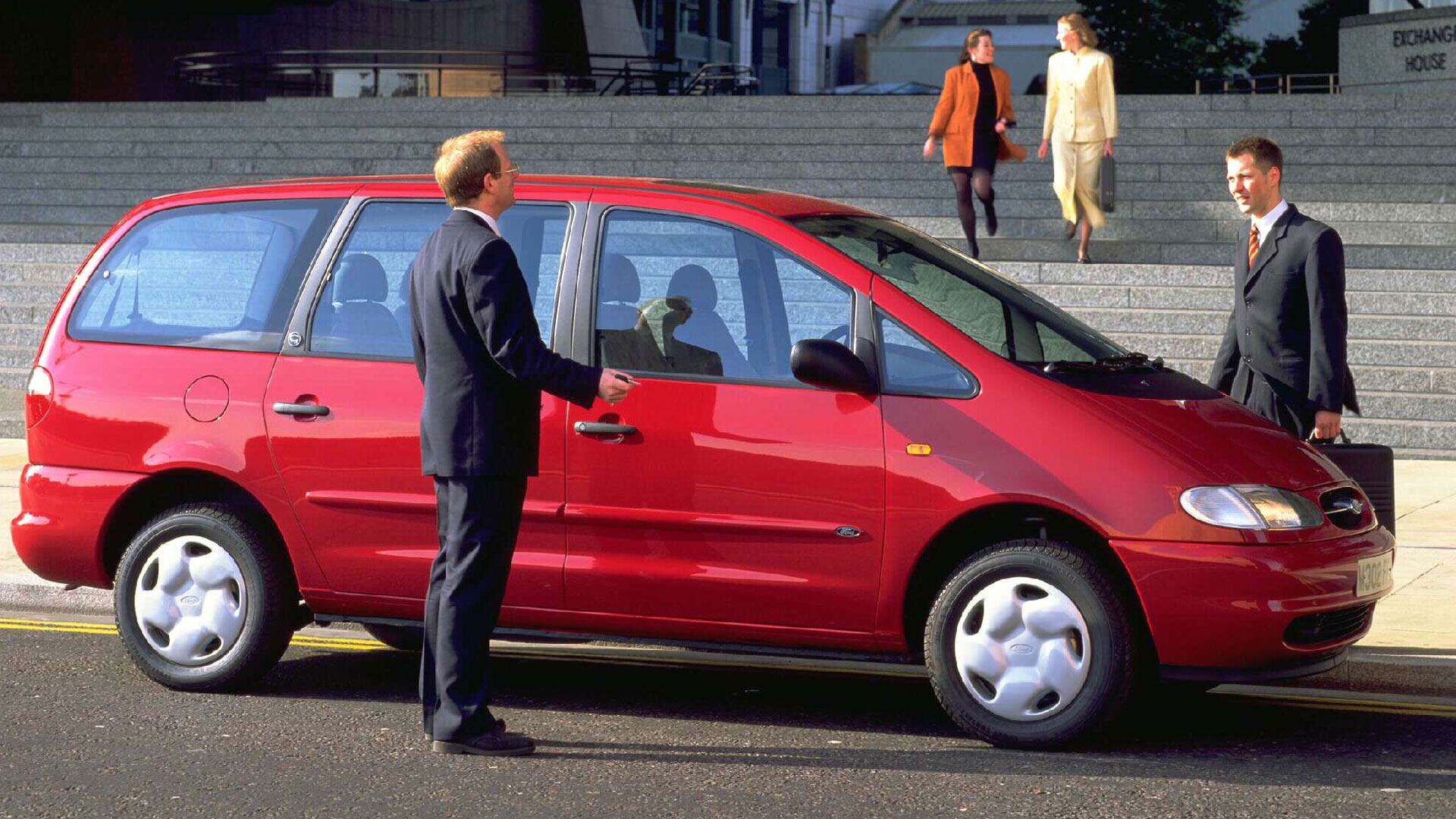 Technically, the Galaxy doesn’t succeed the Galaxie, even in name. The Galaxy arrived at the height of the MPV revolution in the 1990s, sharing underpinnings with the Volkswagen Sharan and Seat Alhambra. It was a perfectly competent but not particularly inspiring machine. 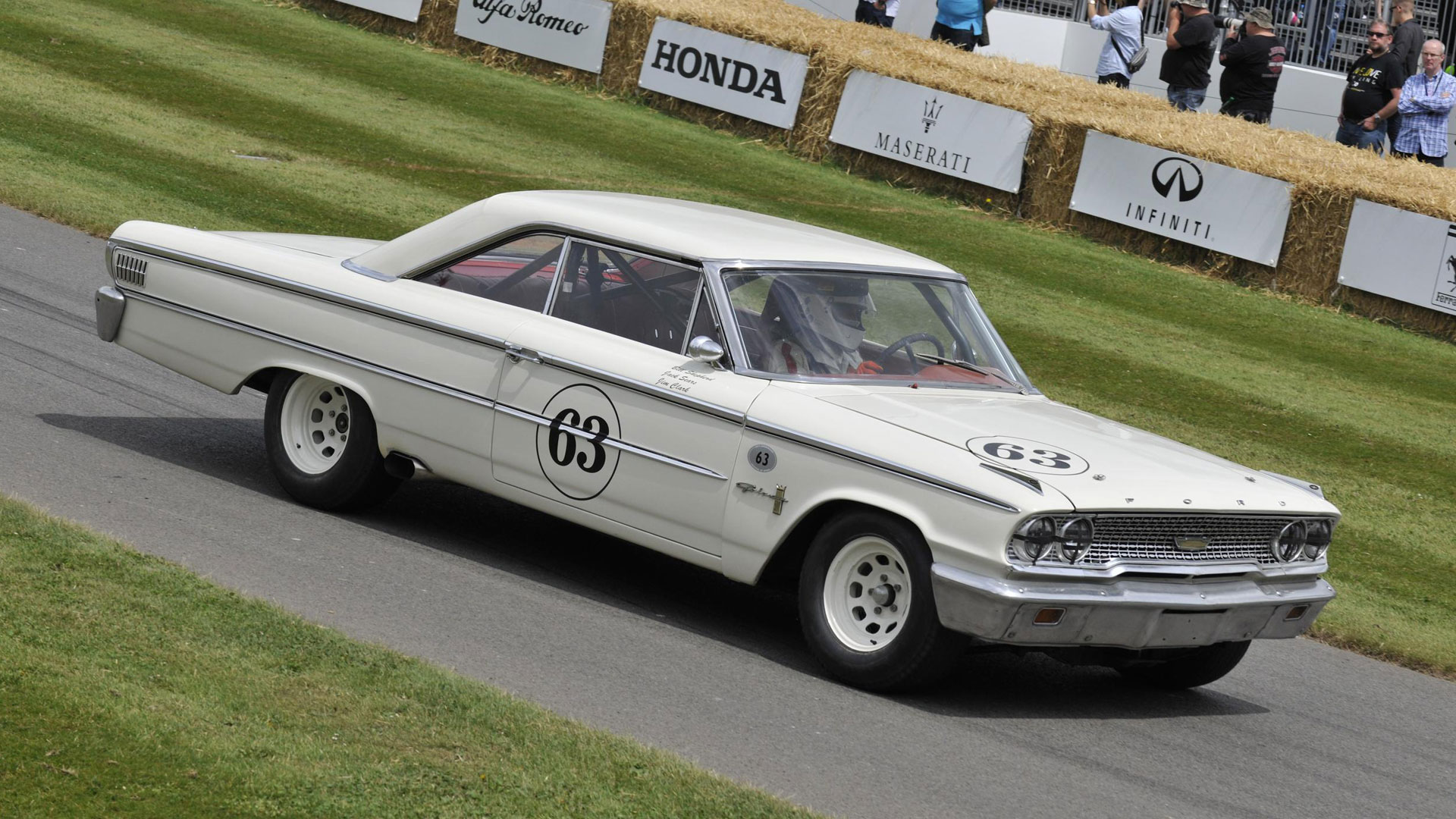 The humble MPV is not to be confused with the earlier Ford Galaxie. More than a spelling change, this Galaxie was a monstrous luxury saloon and coupe from the 1960s that turned its hand to NASCAR and various other race disciplines. You won’t find a 7.0-litre V8 under the ‘hood’ of the modern-day MPV, that’s for sure… 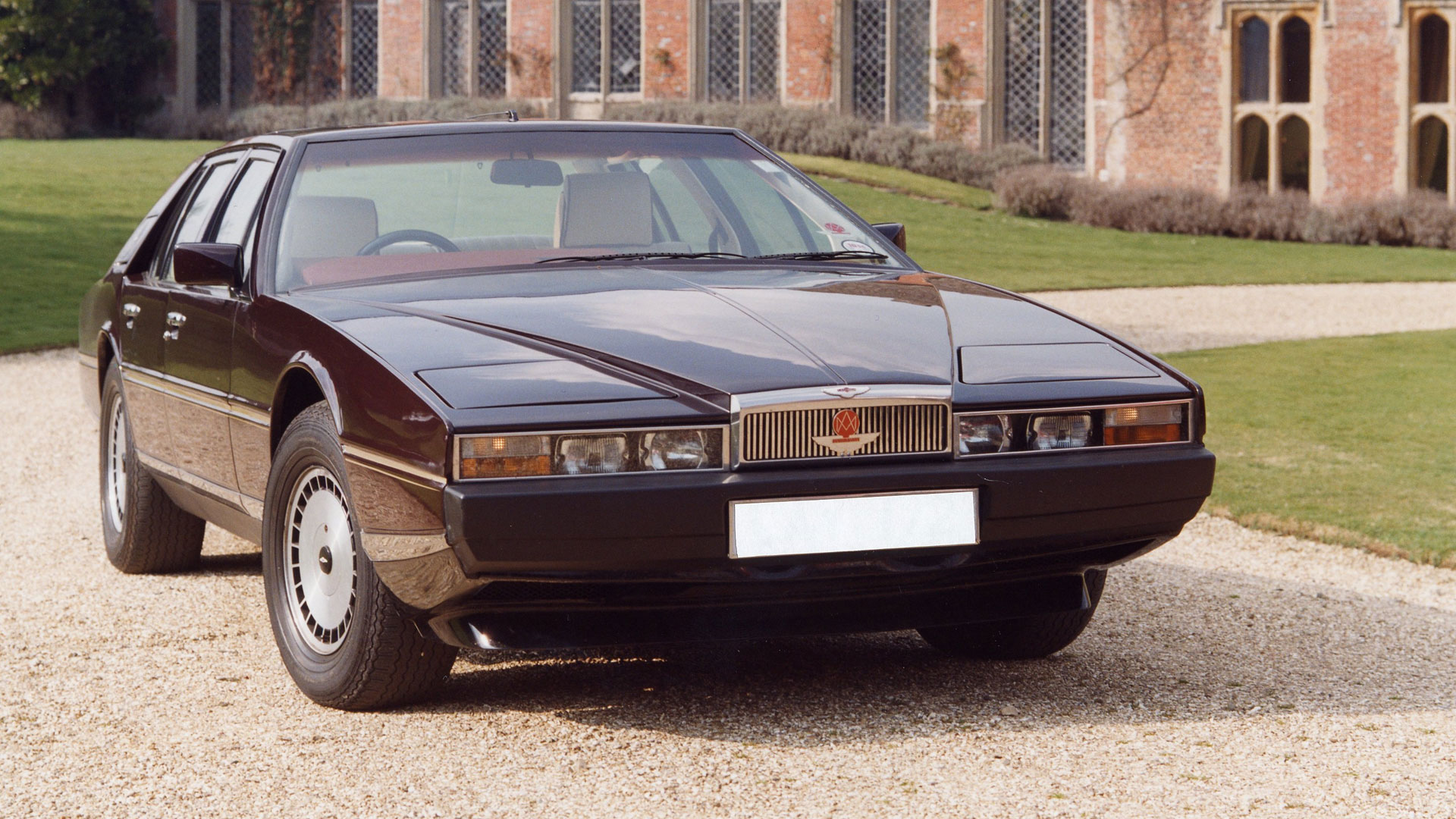 The Aston Martin Lagonda Series 2 turns 43 this year, but it still looks futuristic today. This utterly ridiculous and mad luxury saloon must have made a Rolls-Royce Shadow resemble a horse and cart in its day. 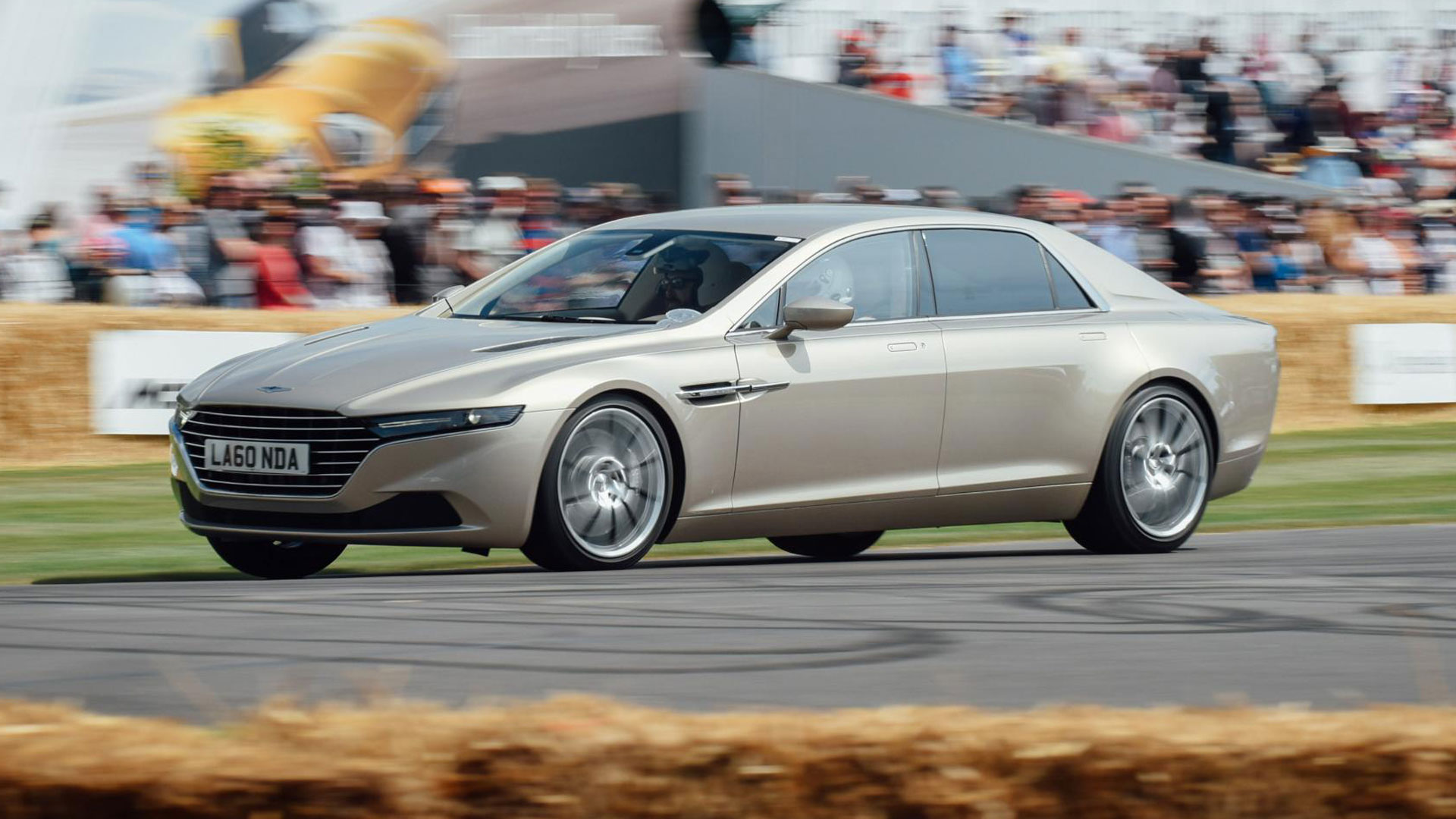 Now, Lagonda is on its way back, albeit as a standalone car marque. Still, it retains the pro-futurist vibe of the 70s wedge, claiming to be the world’s first all-electric luxury car brand. We can’t wait to see the first cars on the road, but in the meantime, here’s the Aston Martin Lagonda Taraf at Goodwood. 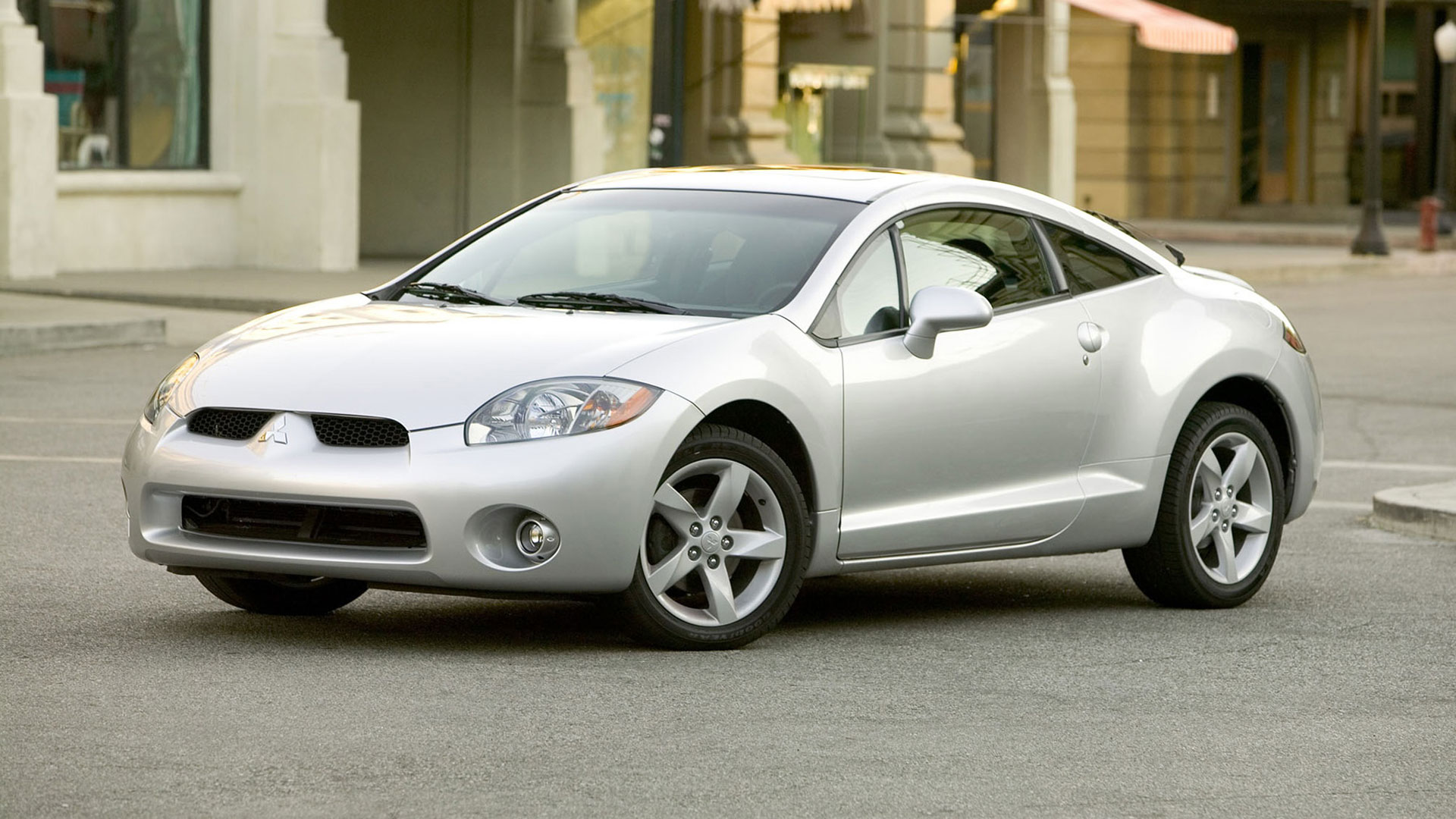 Being front-wheel-drive, the Mitsubishi Eclipse wasn’t the sharpest coupe in the toolbox, but it shot to fame thanks to the Fast & Furious franchise. 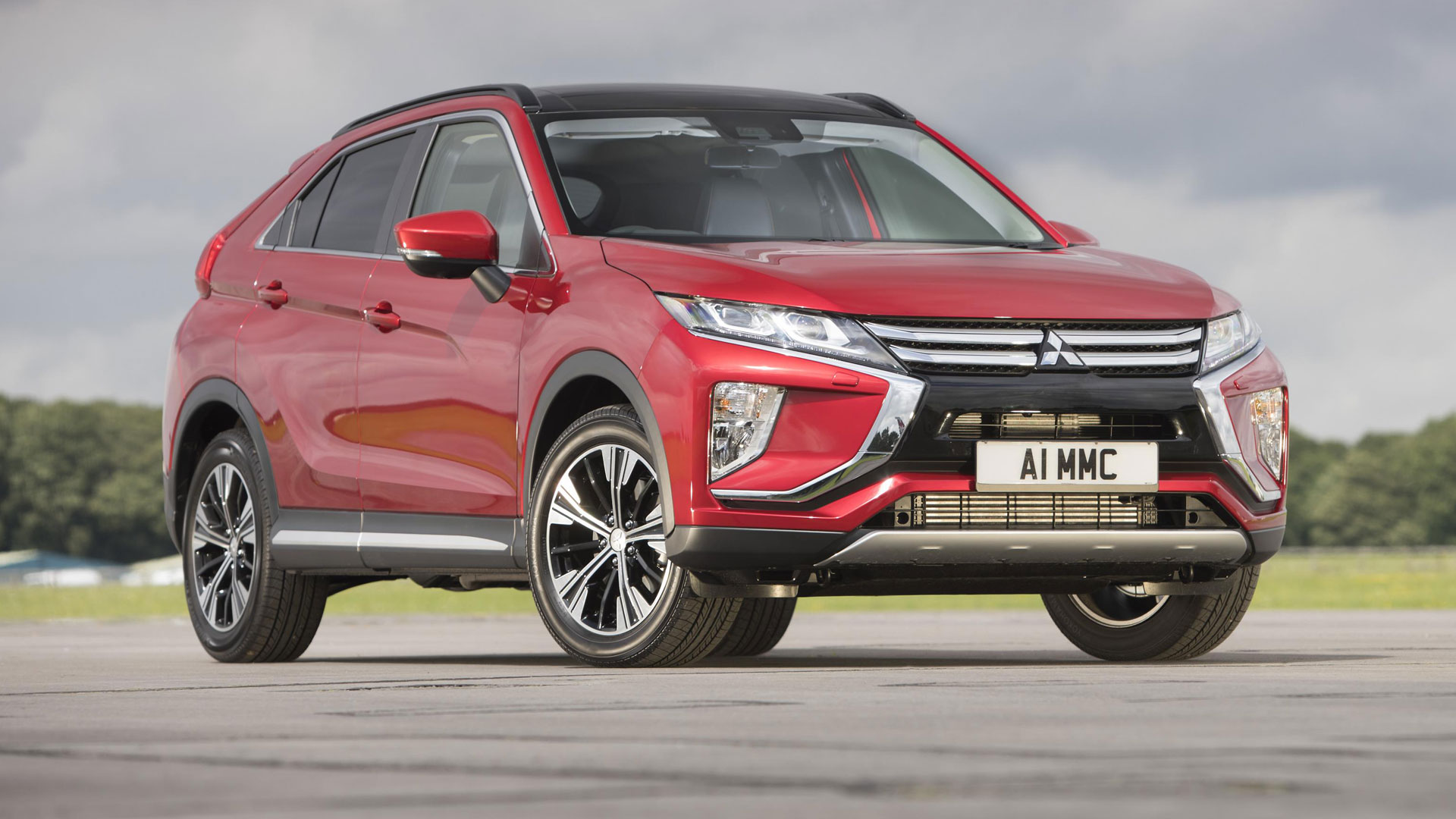 Meanwhile, the new interpretation of the Eclipse is unlikely to shoot to fame in any shape or form. This paint-by-numbers crossover feels like a bit of a wasted use of the Eclipse badge, especially given the name’s illustrious past. 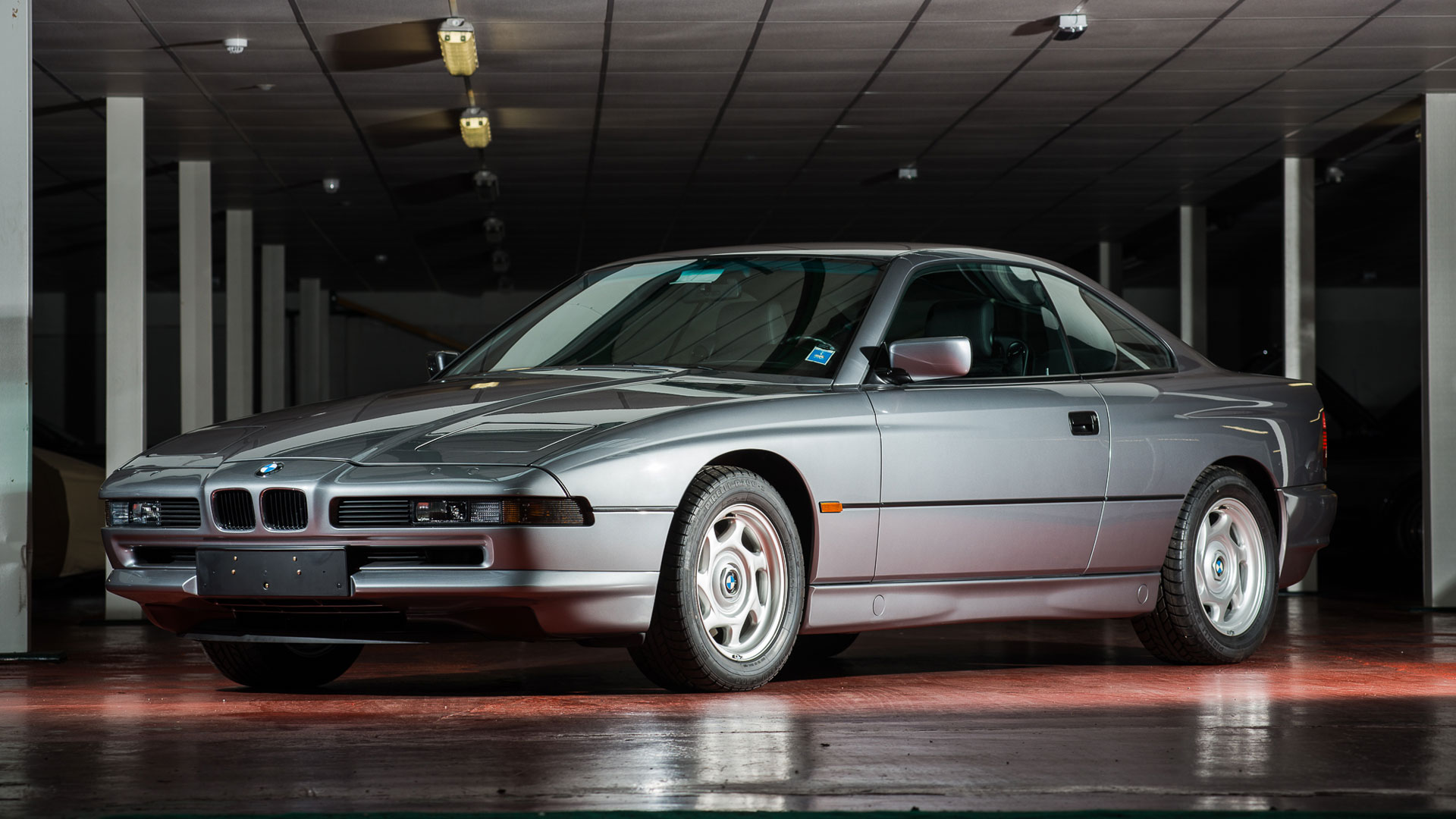 First shown at the 1989 Frankfurt Motor Show, the BMW 850i followed the 750i saloon as the second post-war German car to be powered by a 12-cylinder engine. It made a great first impression – by the summer of 1990, it was reported that the entire production of 10,000 to 12,000 units had been sold until 1993 – but the 8 Series never really fulfilled its undoubted potential. 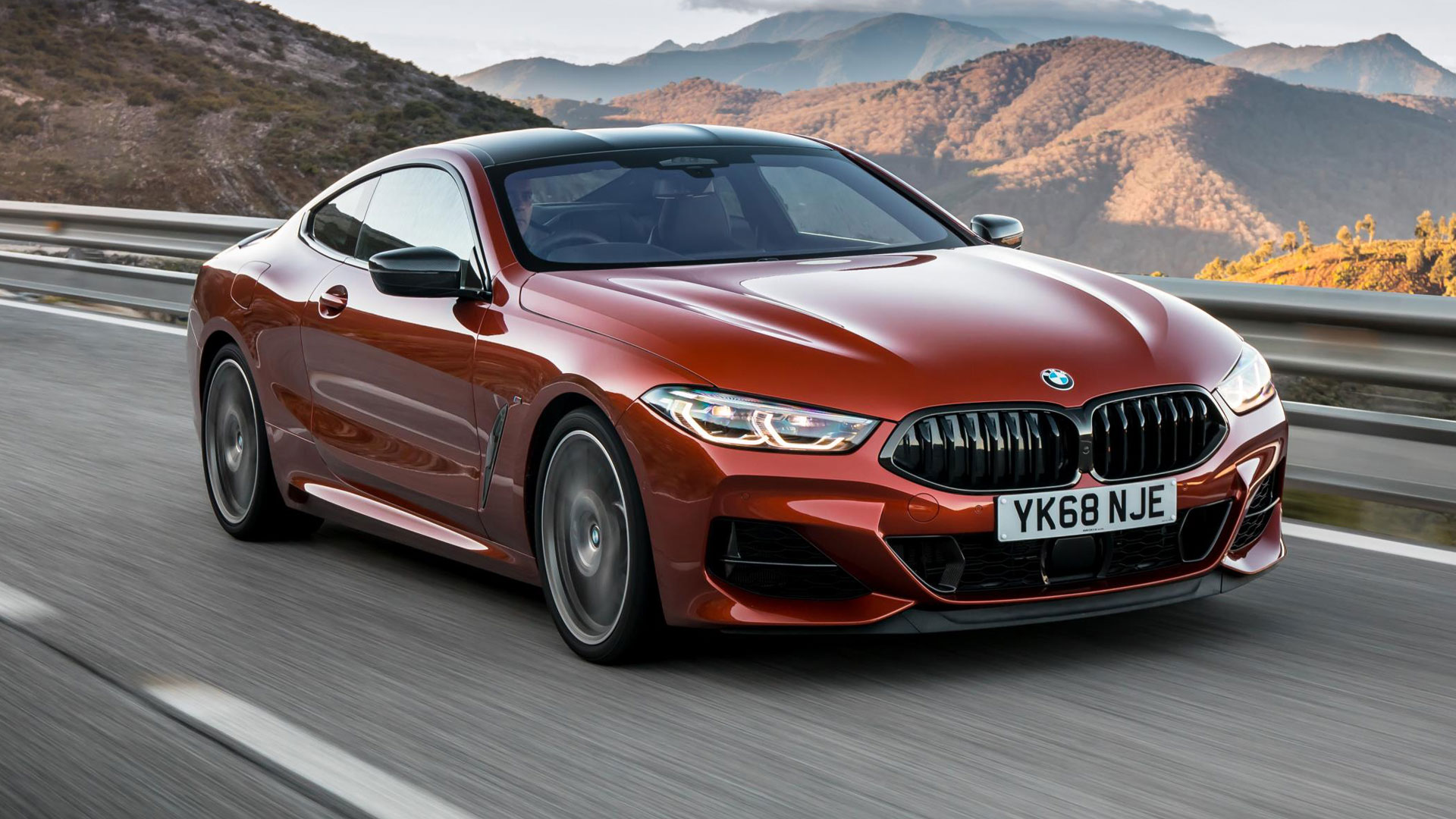 Which is partly why the 8 Series range was dormant for 20 years following the end of production in 1999. But now it’s back, with the new 8 Series boasting an eye-catching design and a bespoke interior. Coupe and convertible versions are available, with prices starting from £76,295. 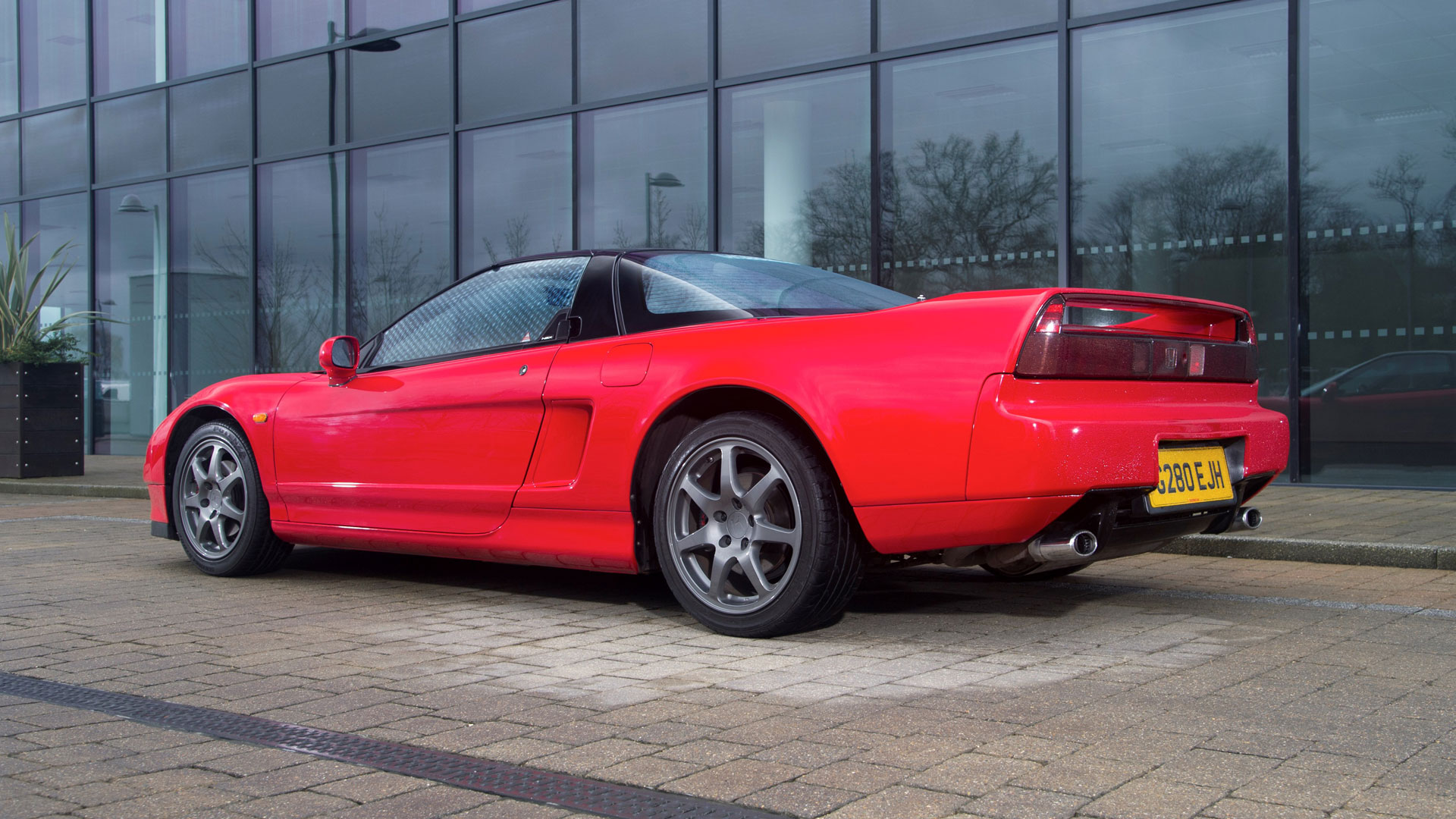 The original ‘everyday supercar’, the Honda NSX proved that cars of this ilk needn’t be badly built or hard to drive. Launched in 1990, the NSX enjoyed a 15-year production run, before the badge was put out to pasture for more than two decades. 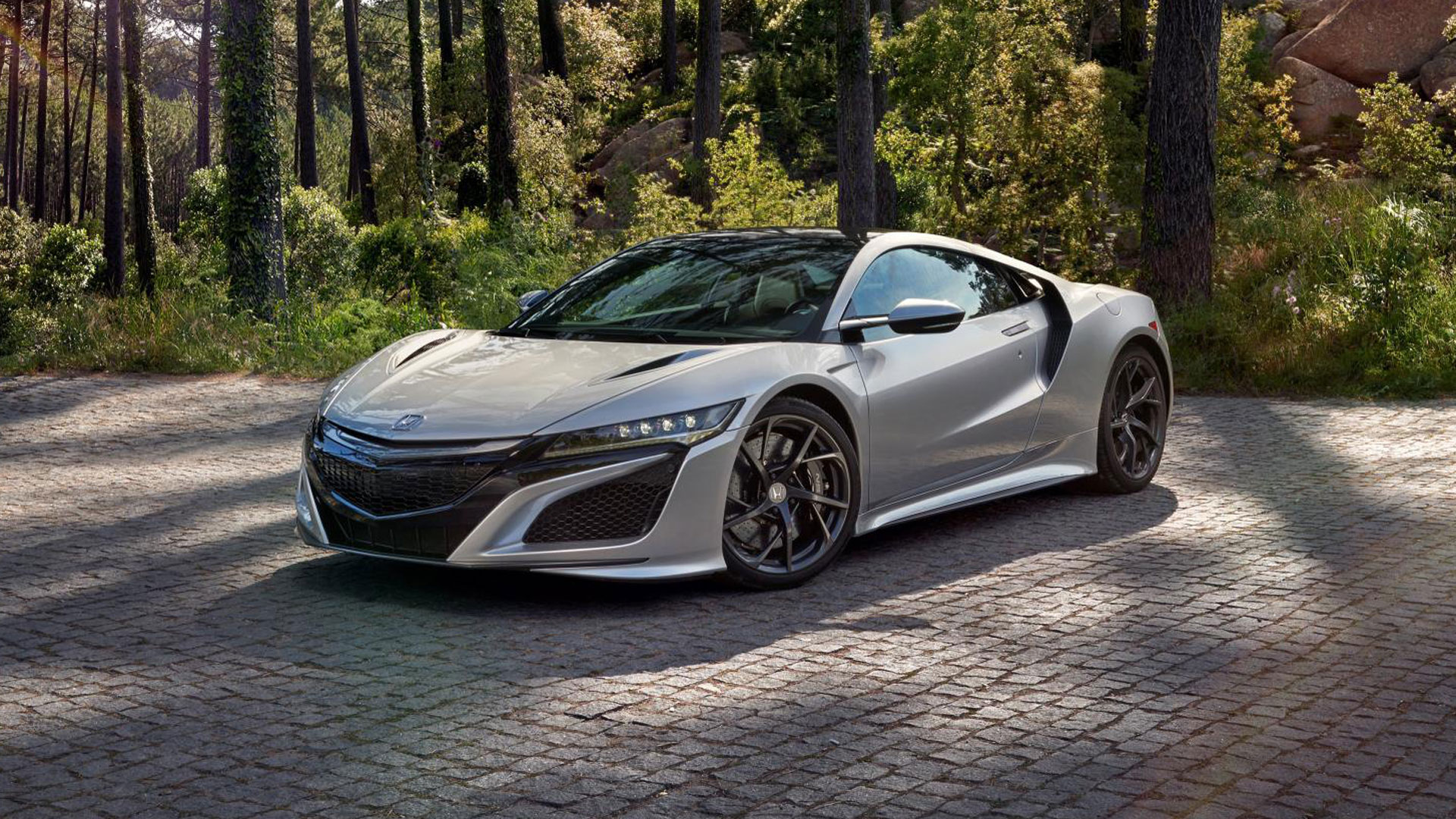 If the original NSX was an analogue affair, the new version is more digital. With a combined output of 581hp from its V6 engine, the new NSX can hit 62mph in a hypercar-baiting 2.9 seconds. In the words of our Tim Pitt, “it’s as straightforward to drive as a Civic or Jazz, yet it still inspires reverence on the right road”. 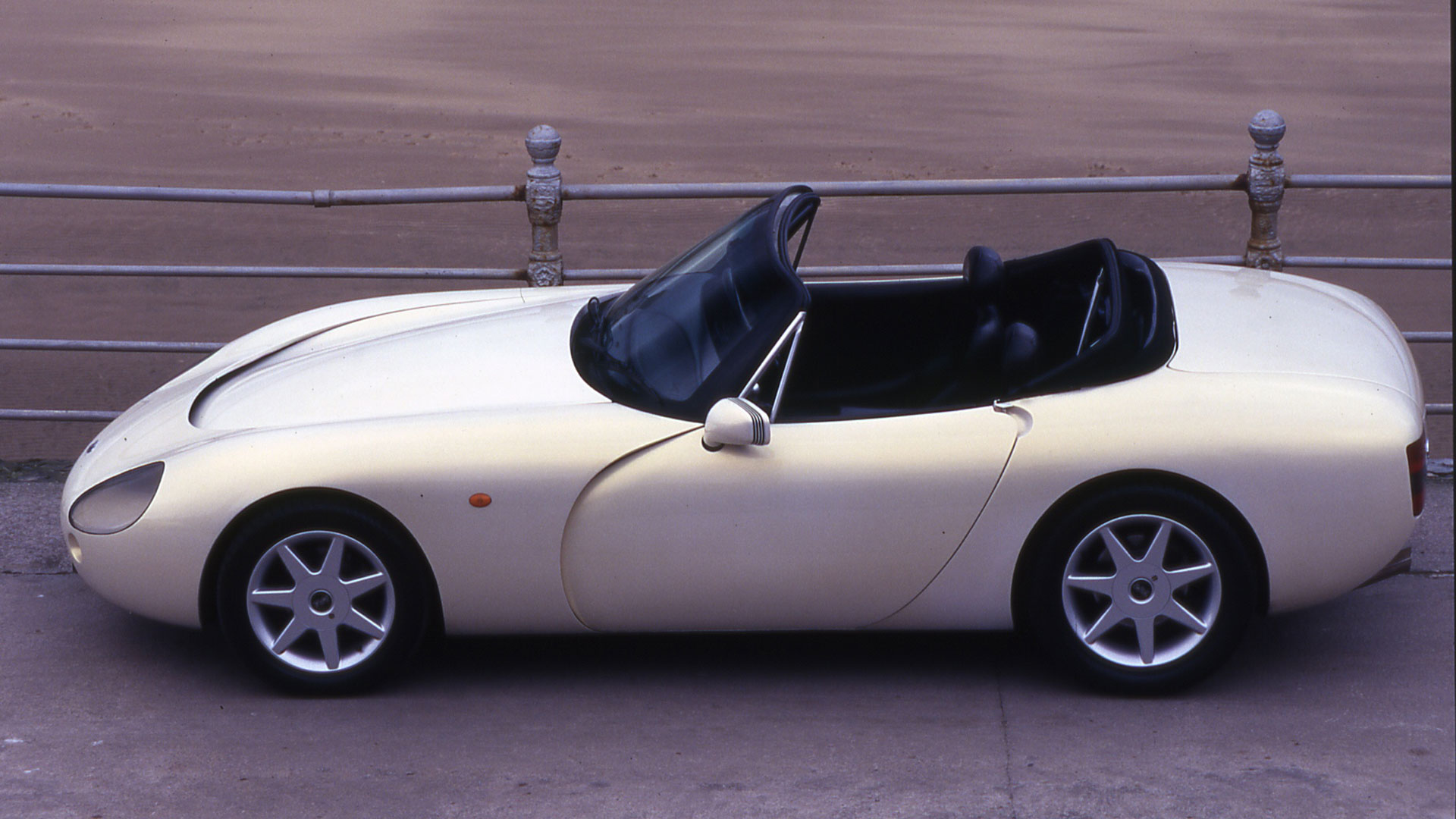 According to the TVR Car Club, an order was taken every eight minutes following the unveiling of the Griffith at the 1990 Birmingham Motor Show. Hardly surprising, given the classic sports car styling, the thunderous V8 under the bonnet and the supercar-taming pace. Just over 600 were built in 1992, with production continuing into the new millennium. 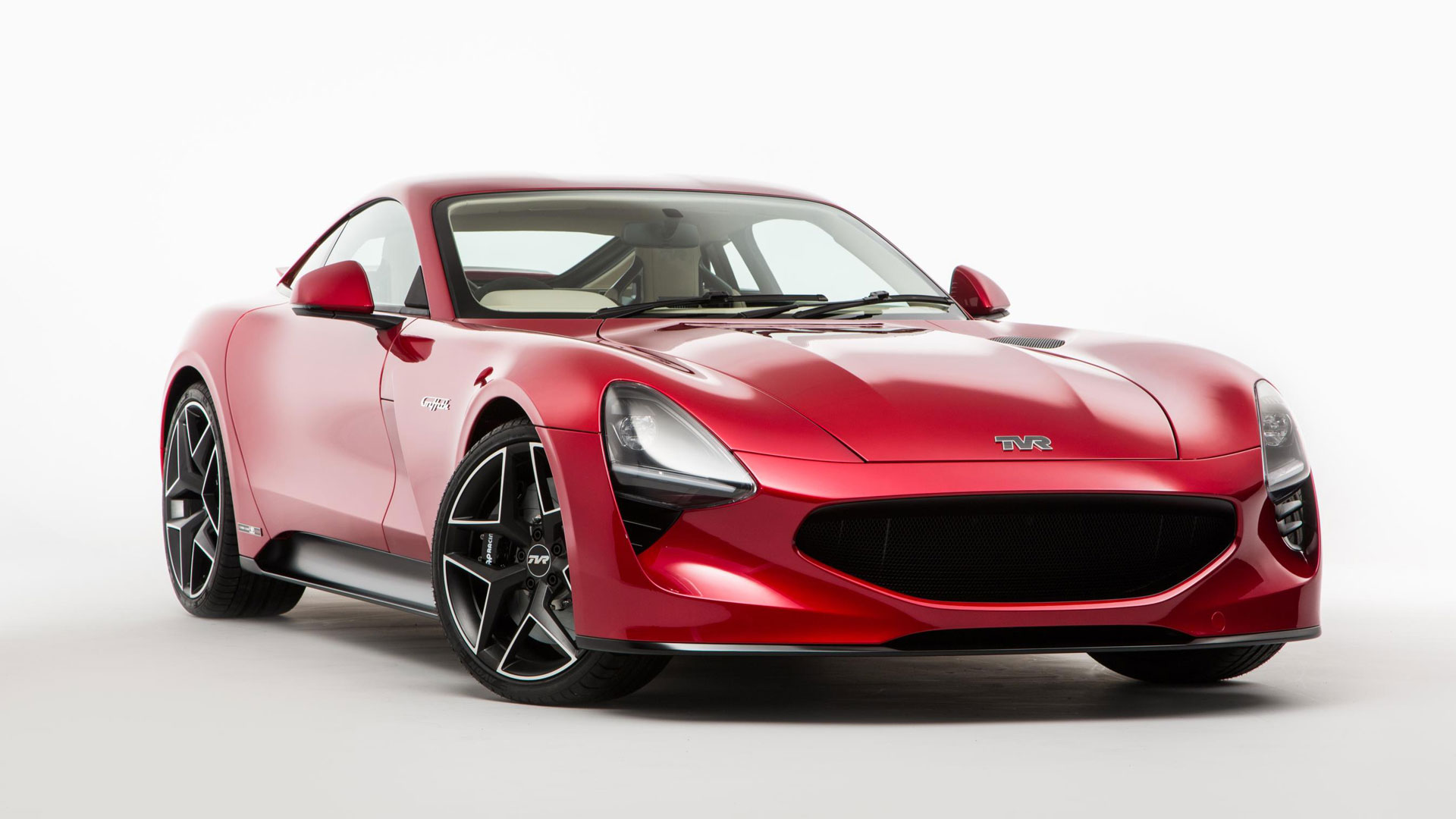 The second coming of the TVR Griffith arrived in 2017, with power sourced from a Cosworth-tuned 5.0-litre V8 engine. The new Griffith features Gordon Murray’s iStream architecture and weighs just 1,250kg. Sadly, a production delay means that the new TVR is unlikely to hit the road until 2020 at the earliest. 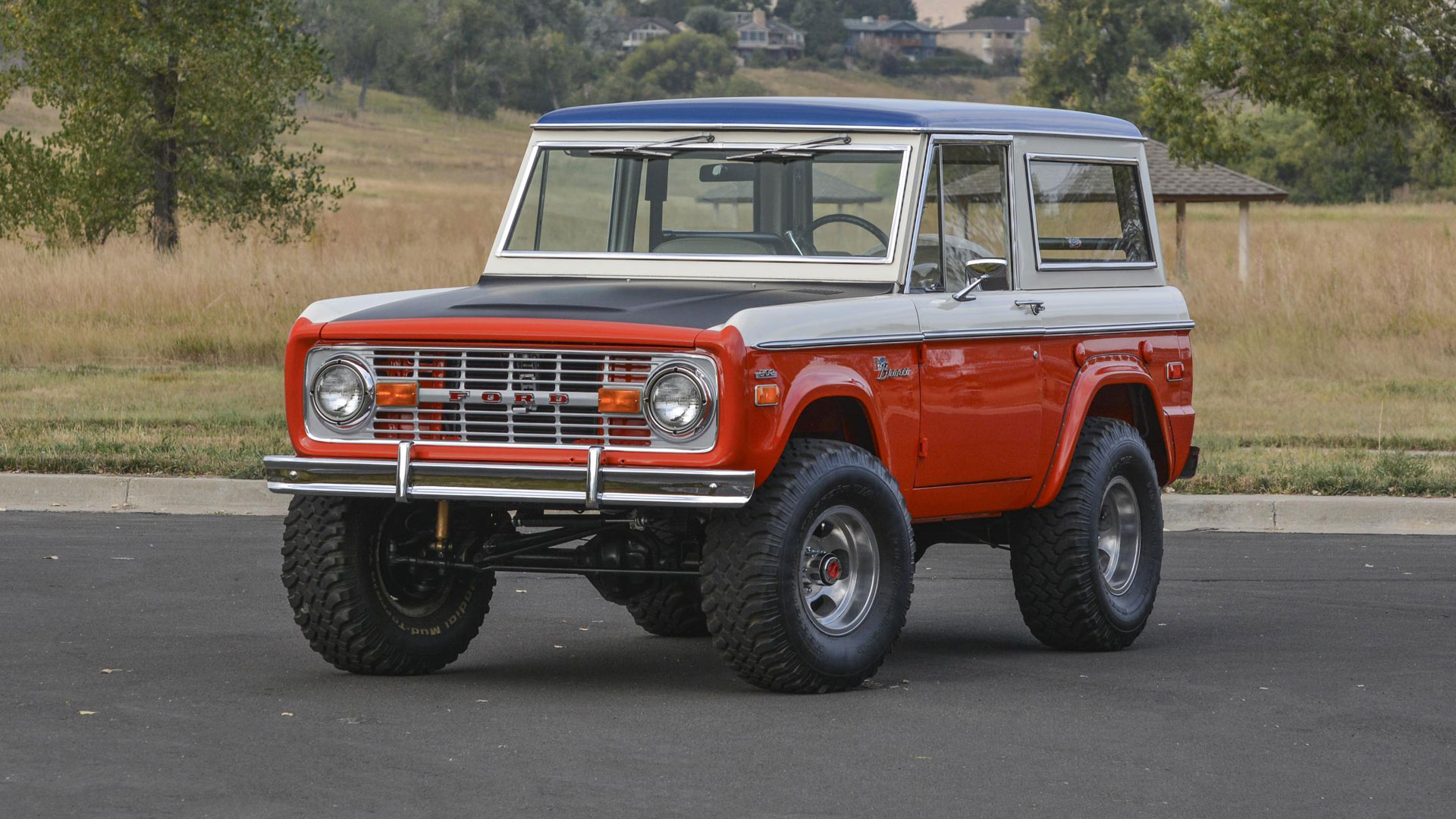 Launched in 1965, the Ford Bronco enjoyed a three-decade production run before bowing out in 1996. Conceived as a ‘modern-day symbol for the American cowboy’, the Bronco achieved immortality following the OJ Simpson car chase in 1994. 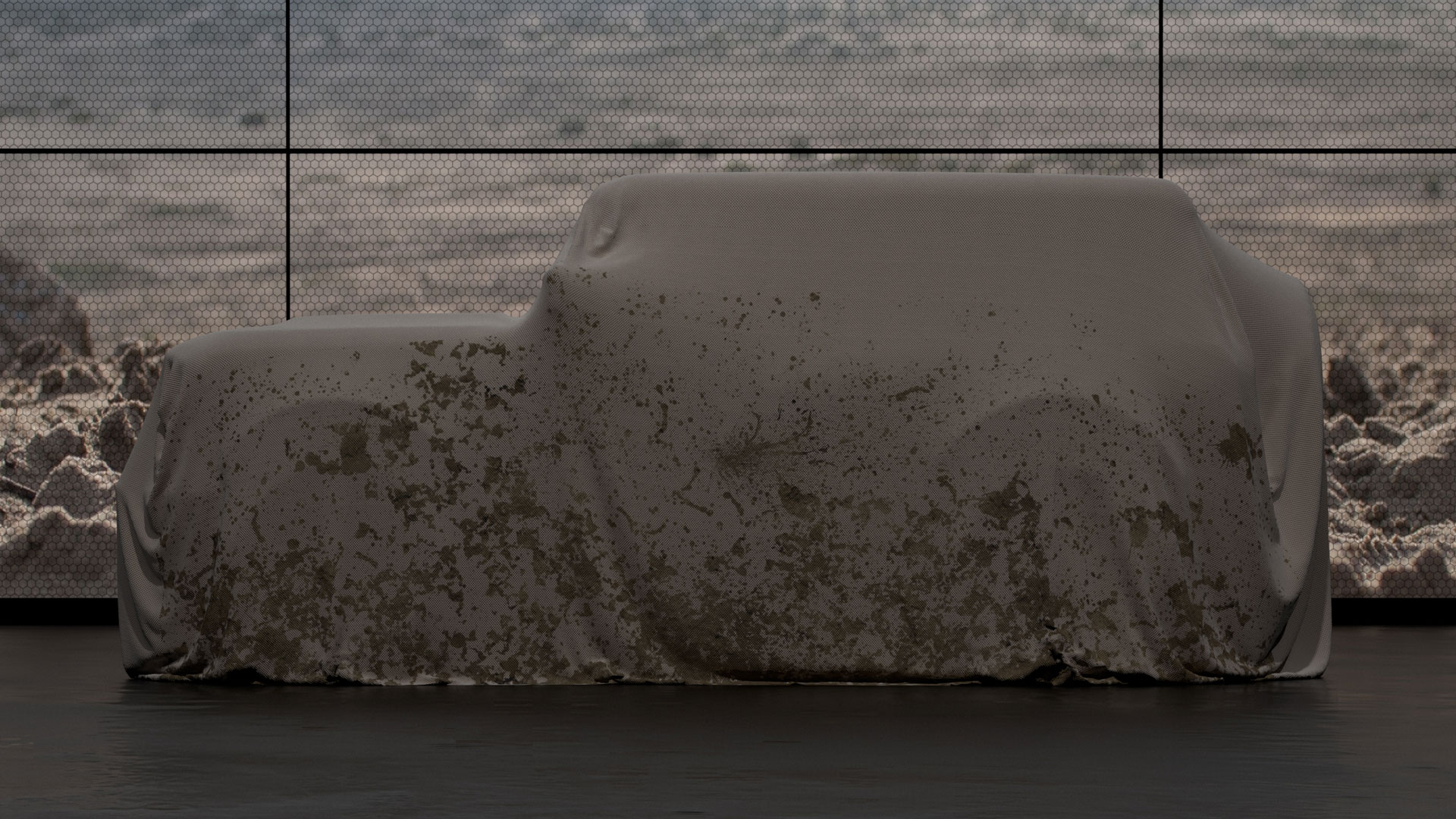 Ford announced the Bronco’s return in 2017, with the new SUV expected to hit the streets in 2020. It’s likely to feature a removable roof and doors, along with the option of a hybrid powertrain. We’re not sure about modern-day American cowboys, but we expect to see a number of former Bronco orders forming a disorderly queue for a slice of nostalgia. 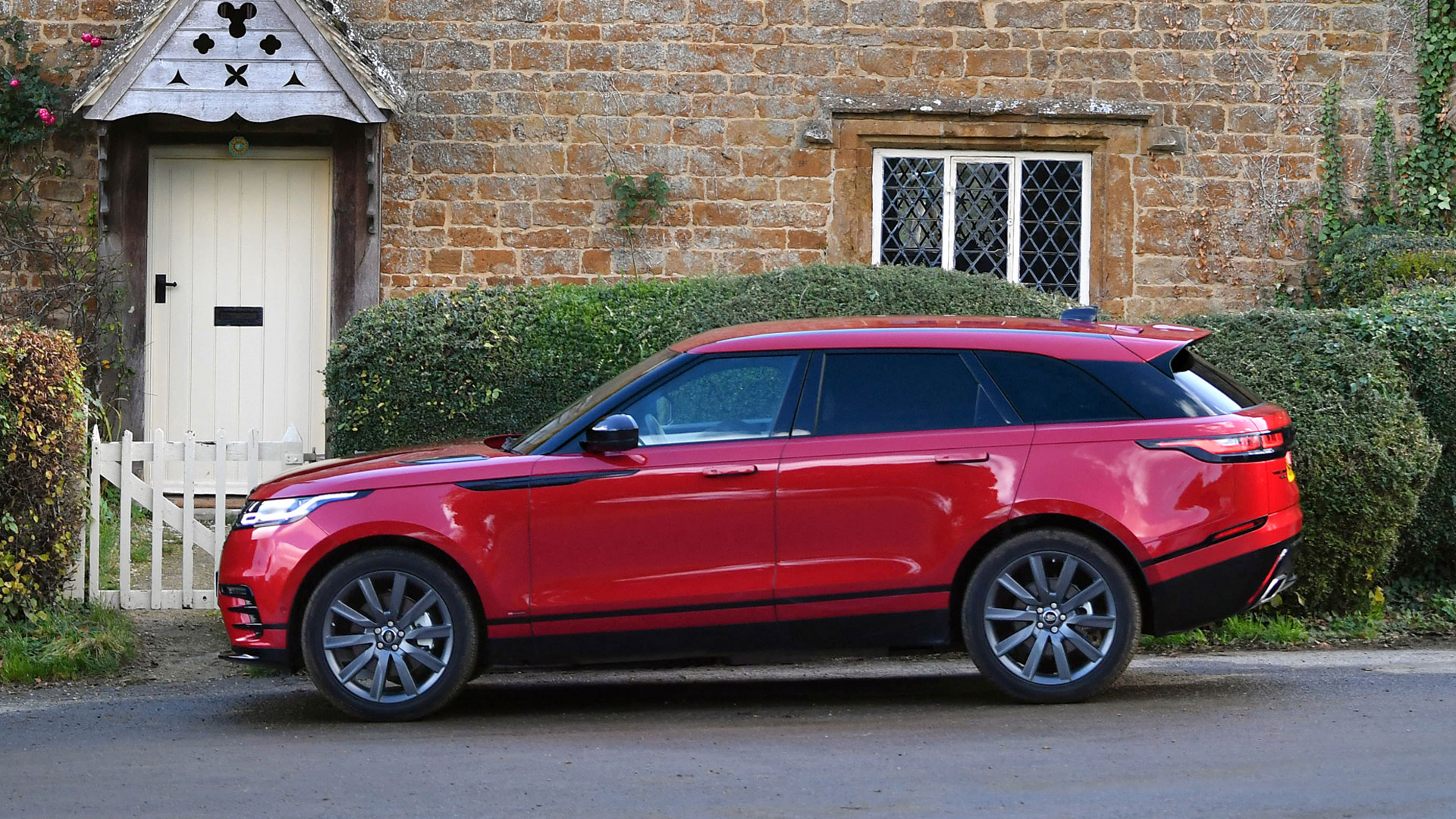 The Range Rover Velar might be the most stylish SUV in the Land Rover range, but its name is steeped in history. From a product perspective, it sits between the Evoque and Range Rover Sport, with prices starting from a little over £45,000. 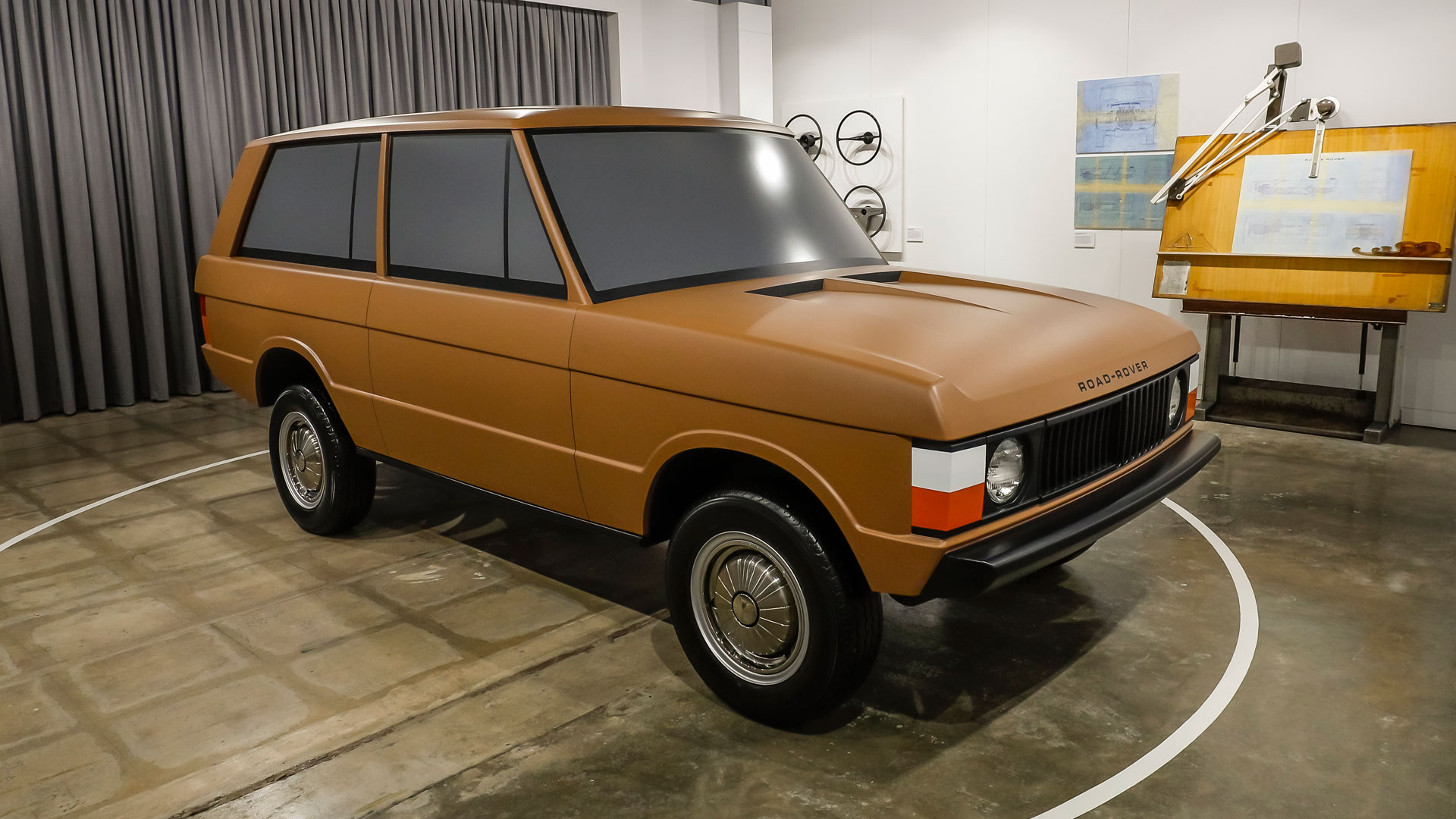 The Velar’s styling might be ultra-modern, but its name is a link back to the earliest days of Range Rover. The Velar name was used for the secret prototype built in 1967, ahead of the Range Rover’s launch in 1970. “We wanted to develop a more comfortable on-road Land Rover that would combine the comfort of the Rover with the Land Rover 4×4 capability,” said Roger Crathorne, also known as ‘Mr Land Rover’.