It'll be available with a range of up to 325 miles when it goes on sale next year. 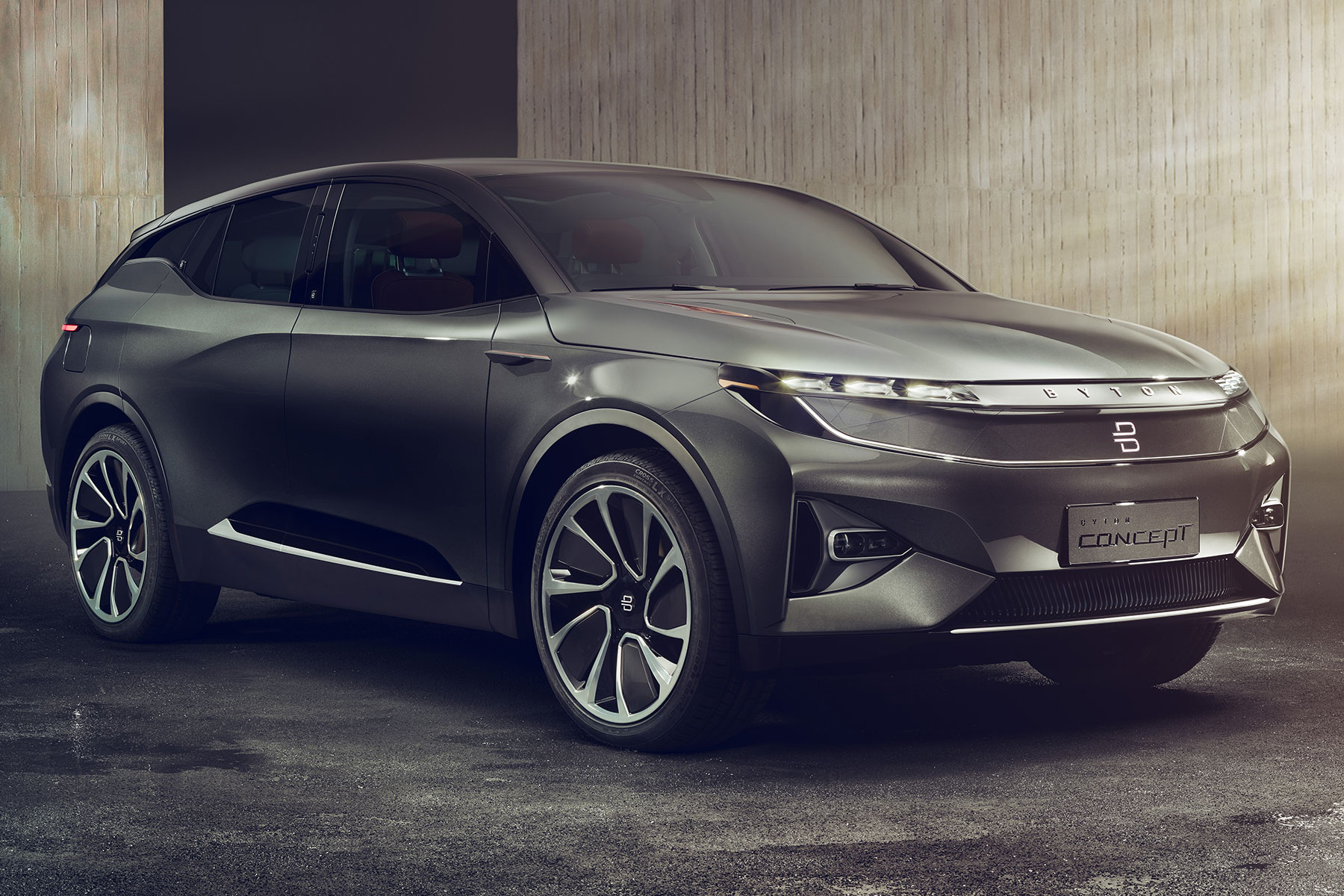 Car companies at a tech show? You better believe it. With the Consumer Electronics Show (CES) kicking off in Las Vegas this week, more car firms than ever are showing off the latest in autonomous driving tech and eco powertrains.

One such manufacturer is Byton. You’ve probably never heard of Byton, but it’s a Chinese start-up with big ambitions to take on Tesla with its electric vehicles of the future.

Its first car, known only as ‘the Concept’ (Byton takes its name from Bytes on Wheels, if you were wondering), looks to us like a Chinese take on the Range Rover Velar (with a bit of DS thrown in). But it’s inside where the Byton really stands out from the crowd.

There’s a huge 48-inch wide display along the dash, while Amazon Alexa provides hands-free voice control. The display, which is intended to be used by passengers as well as the driver, automatically adjusts its brightness to reduce glare during night-time driving. The steering wheel houses a tablet computer, while passengers in the rear also get their own screens.

At launch, the SUV will feature Level 3 autonomy with plans to upgrade to Level 4 using a software update in 2020.

The production model will go on sale in 2019, says Byton, while a saloon and MPV will follow using the same platform.

A new study reveals that 88 percent of new and young drivers aren’t aware of the added charges that obtaining insurance from a comparison website incurs.
Read more

With just three examples to be built, the ‘720S Spa 68’ will be extremely rare
Read more

The UK will get just 20 examples of the stripped-out, track-focused Honda Civic Type R Limited Edition. And they're all spoken for.
Read more

Born in the 1970s, the hot hatch exploded in popularity during the 1980s, offering power to the people like never before. Today, these icons...
Read more