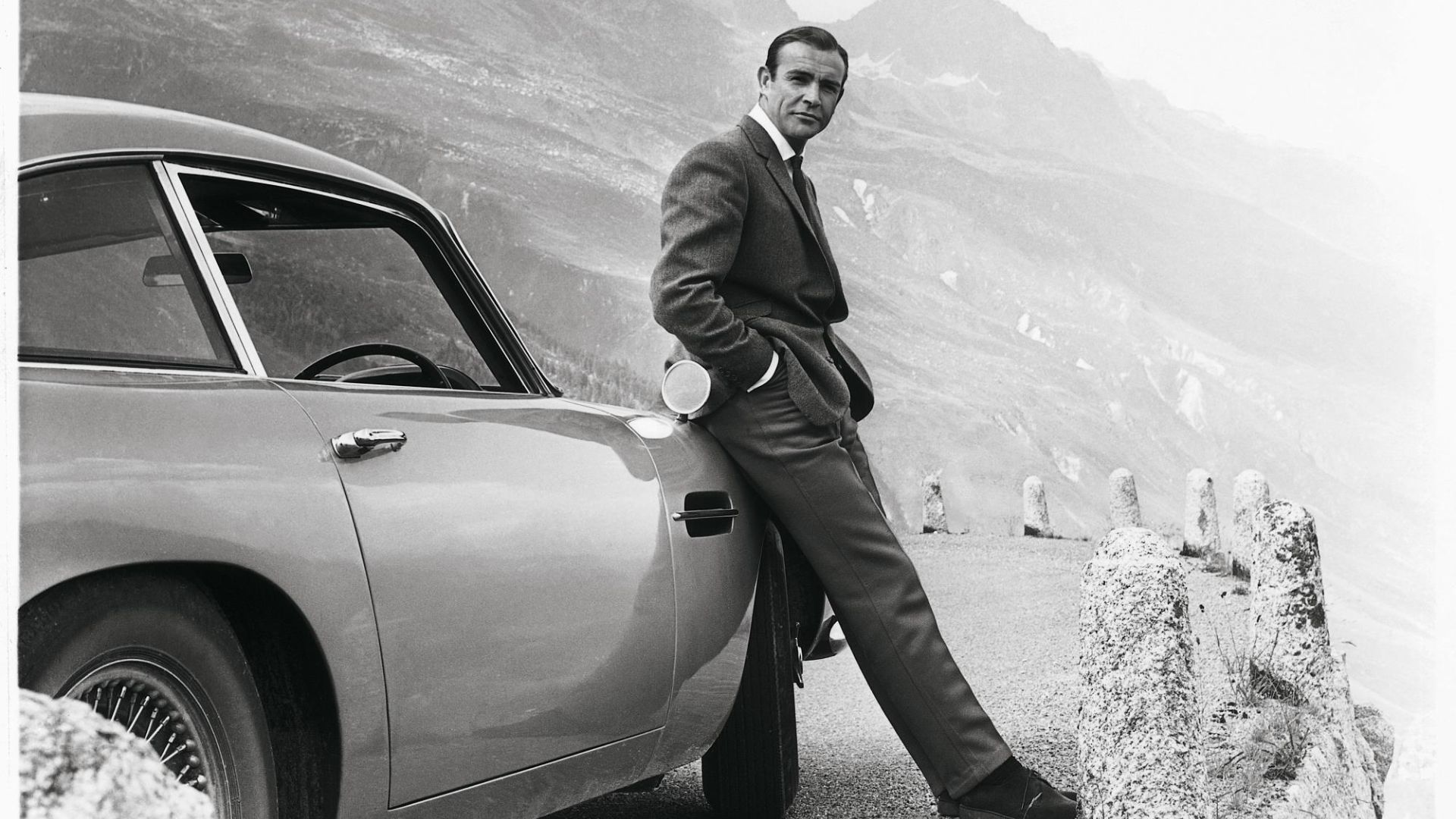 A new study reveals which movie star cars are most popular with British film fans. The findings are curious, perhaps even surprising. Well-known heroes like Herbie, the Mustang from Bullitt and Mr Bean’s Mini are joined by newcomers, such as the Subaru from Baby Driver. The research was commissioned by the Discovery Channel, to mark the arrival of its new series, Wheeler Dealers: Dream Cars. We count down the top 20. 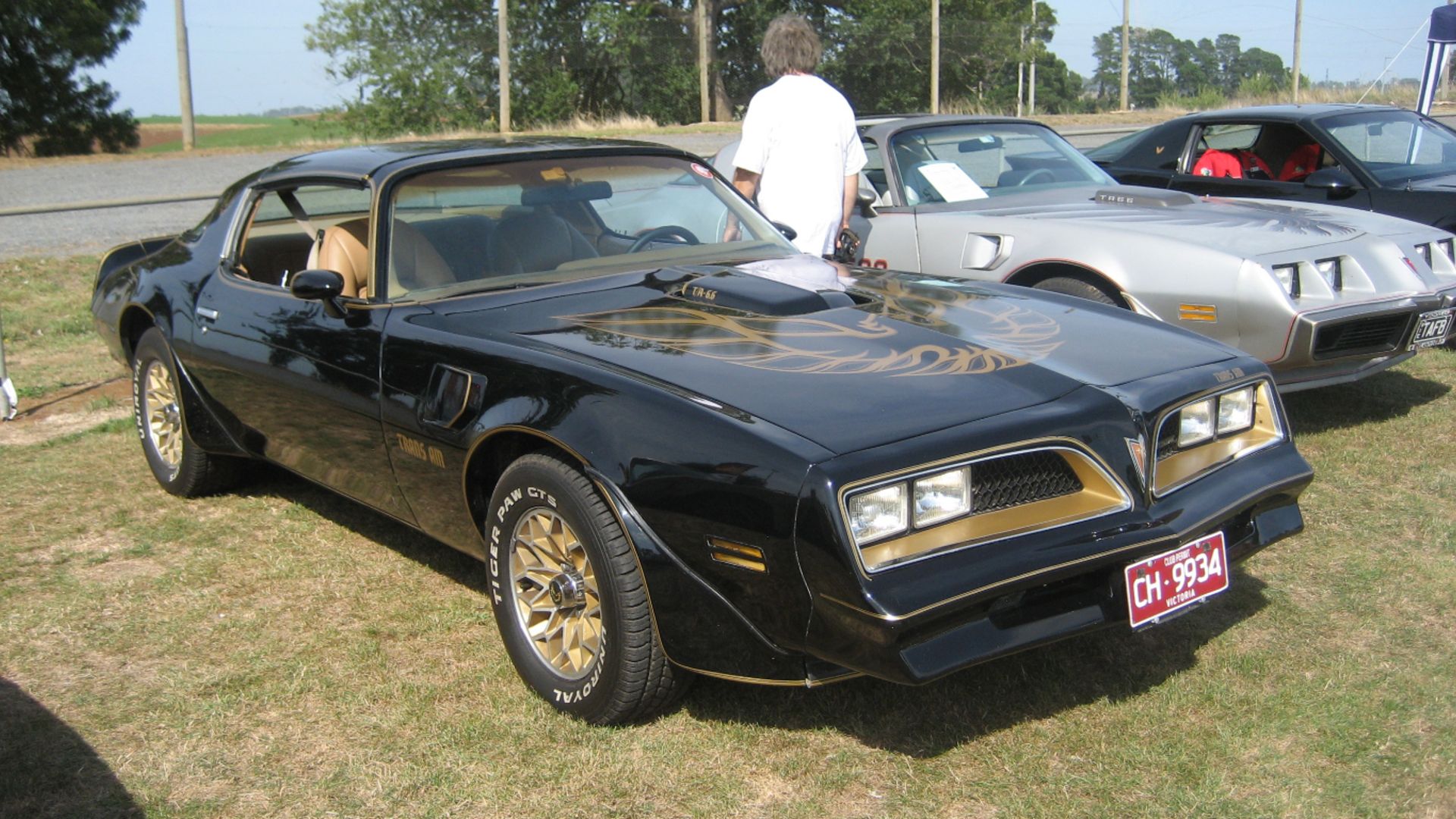 We open with the Bandit’s Pontiac Trans Am from Smokey and the Bandit. We’d place this higher, but it’s good to see the famous Firebird makes the top 20. 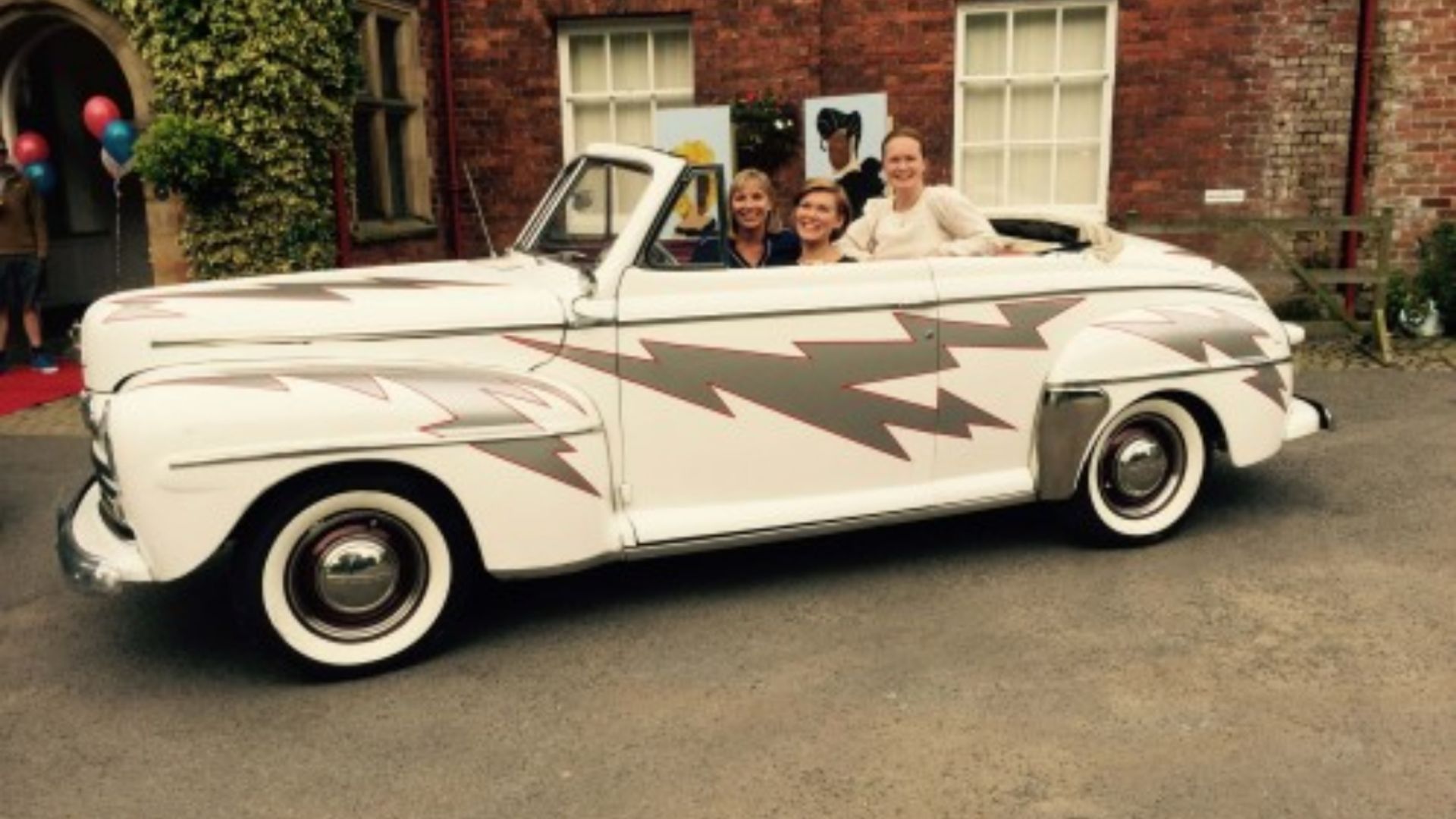 The world’s most famous hot rod? That’ll be Greased Lightning from Grease. Indeed, this 1948 Ford Deluxe Convertible is one of the most famous cars full-stop. 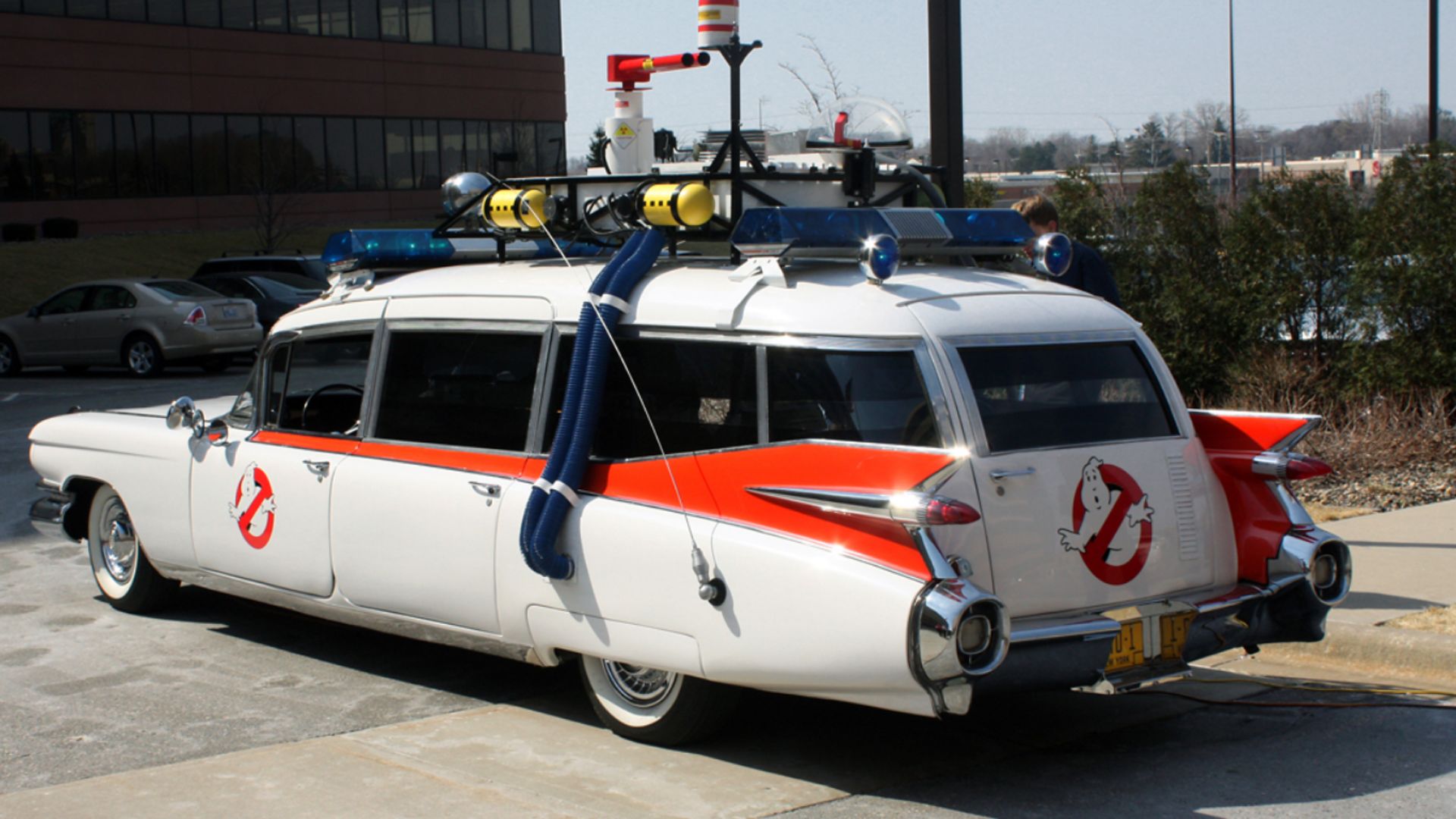 The Ghostbusters’ station wagon has to be one of the coolest ‘emergency services’ vehicles ever. A blinding paint job, a splash of retro-futurism, equipment to fight off the supernatural and impressive load space: it couldn’t be anything else but the ‘Ectomobile’ Cadillac. 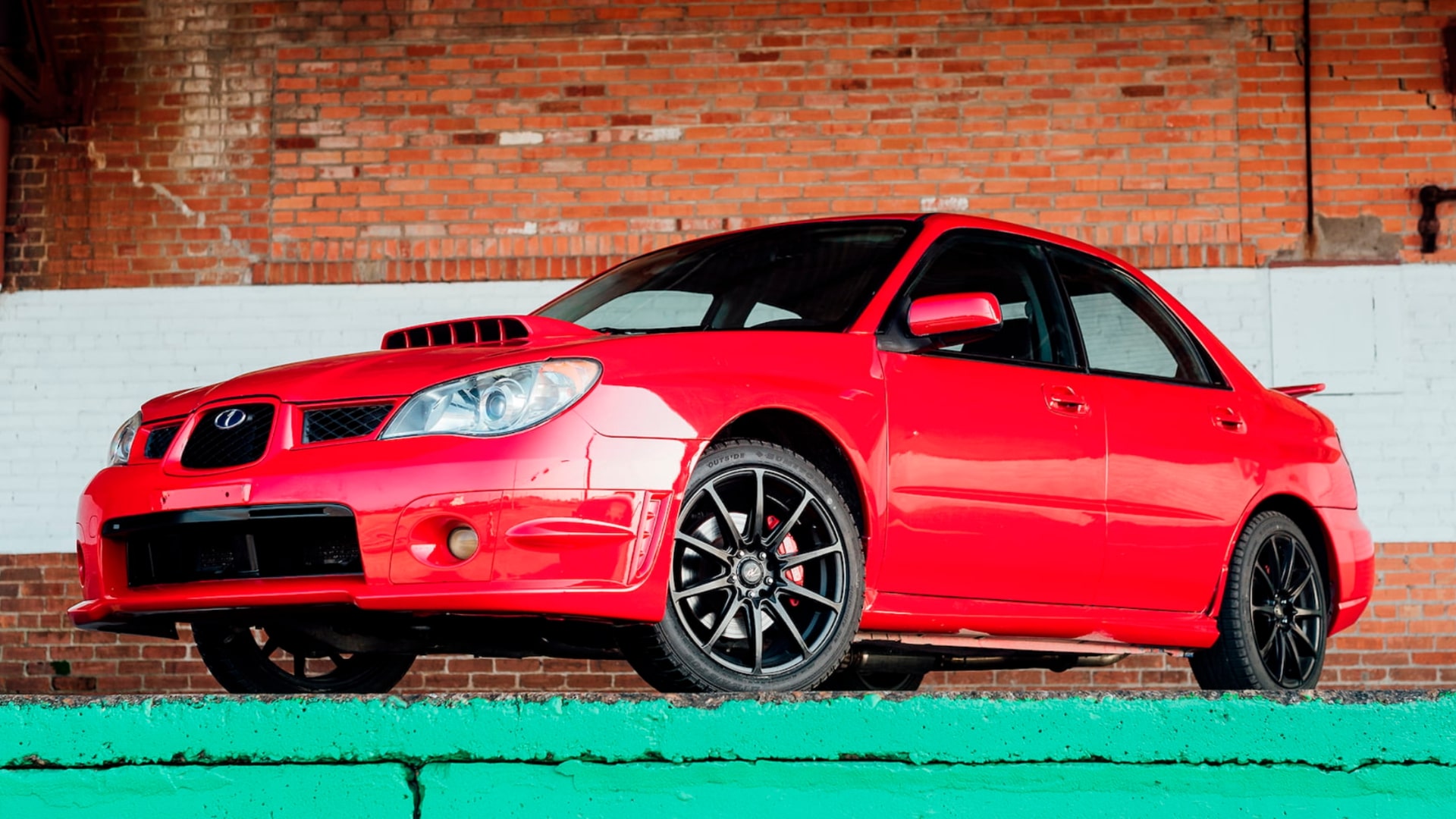 Here’s a relatively new entry in the hearts of car-loving film fans. Still, Baby’s red Subaru stars in one of the best car chases in recent history. You won’t witness this level of automotive acrobatics this side of an Aston Martin on ice in a bad Bond film… 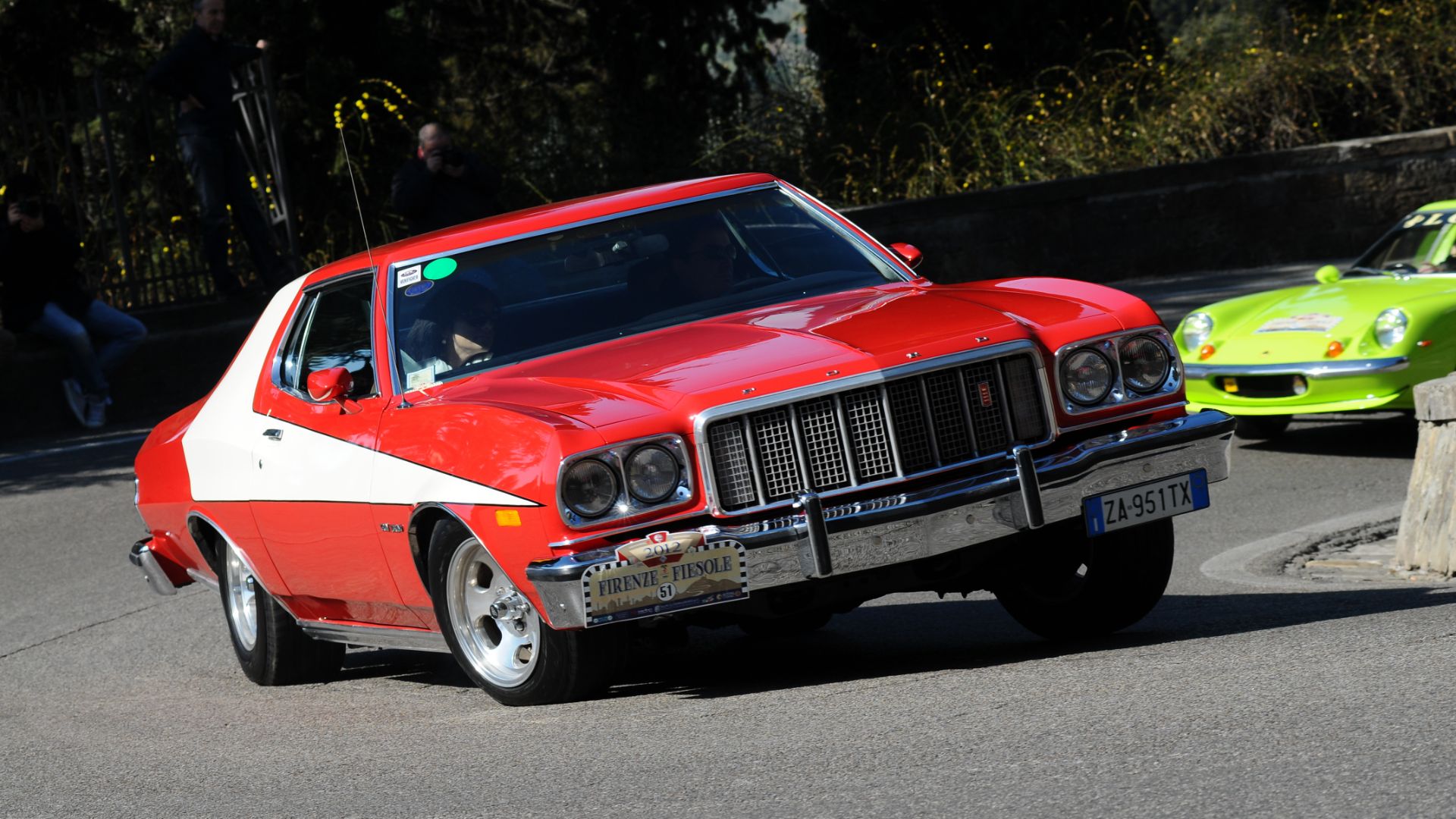 In 16th place is the Ford Gran Torino from Starsky & Hutch. Apparently, the British are fans of smashing cardboard boxes with muscle cars. It was one of those shows where the car really did outshine the human stars. 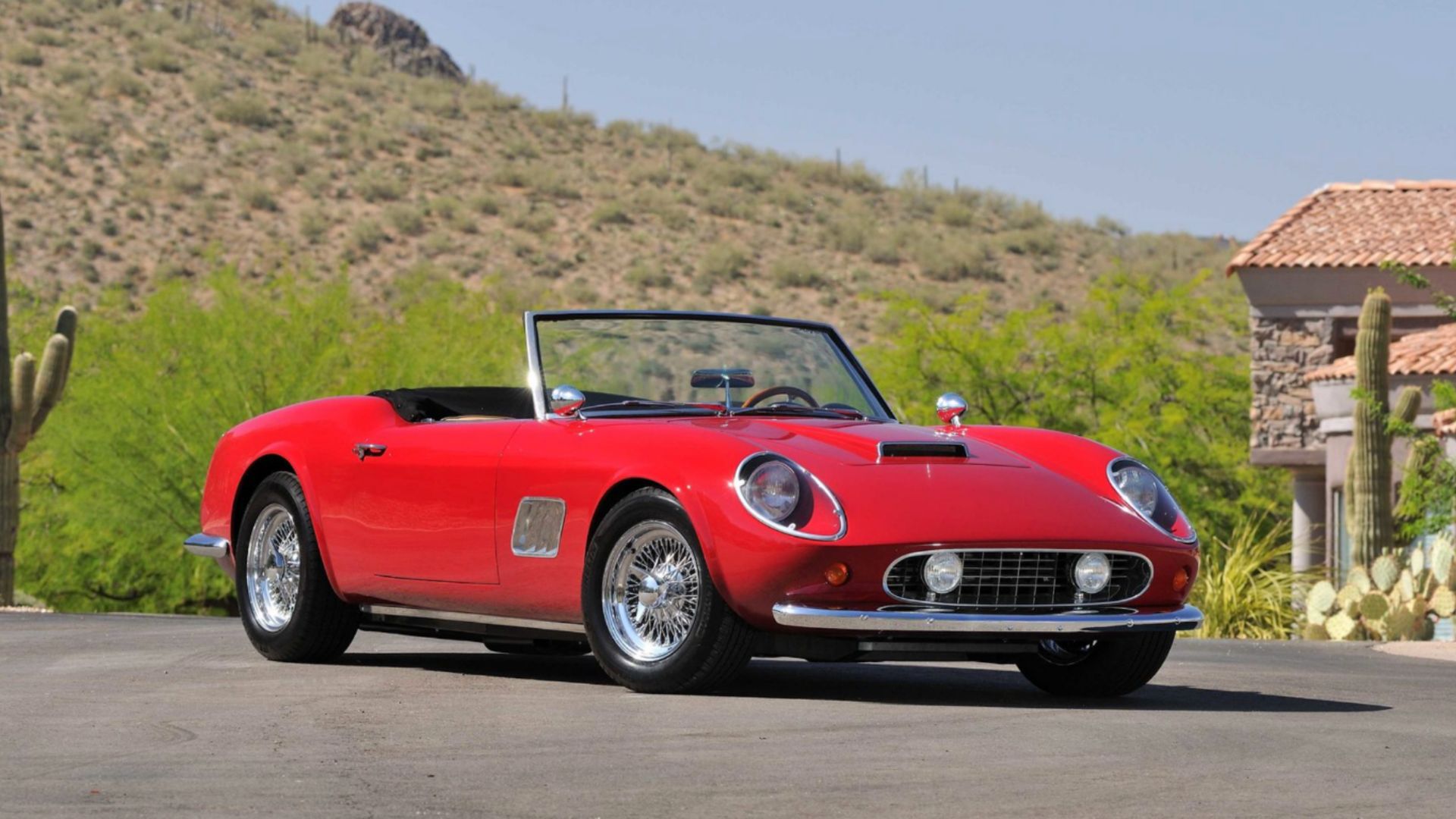 Like the Bandit’s Trans Am, Ferris Bueller’s ultimate joyride – the Ferrari 250 GT California Spyder from Ferris Bueller’s Day Off – reminds us of a dream of freedom. It’s about the open road, forgetting the rules and doing what you want. For a while, at least. 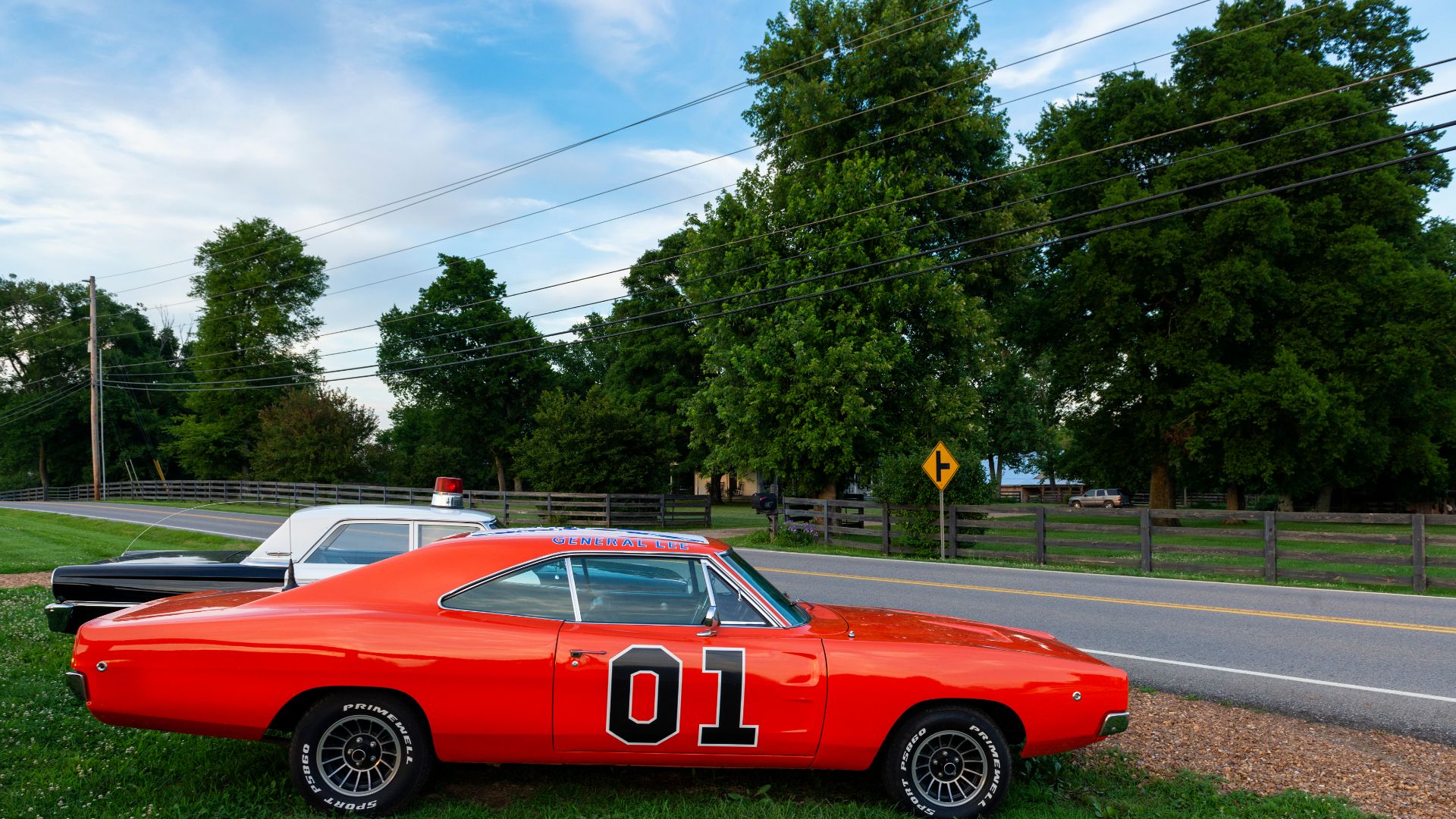 Another one we’re surprised didn’t edge further up the list. Who doesn’t love the bright orange Dodge Charger from The Dukes of Hazzard, which could be seen jumping and sliding its way around Georgia? 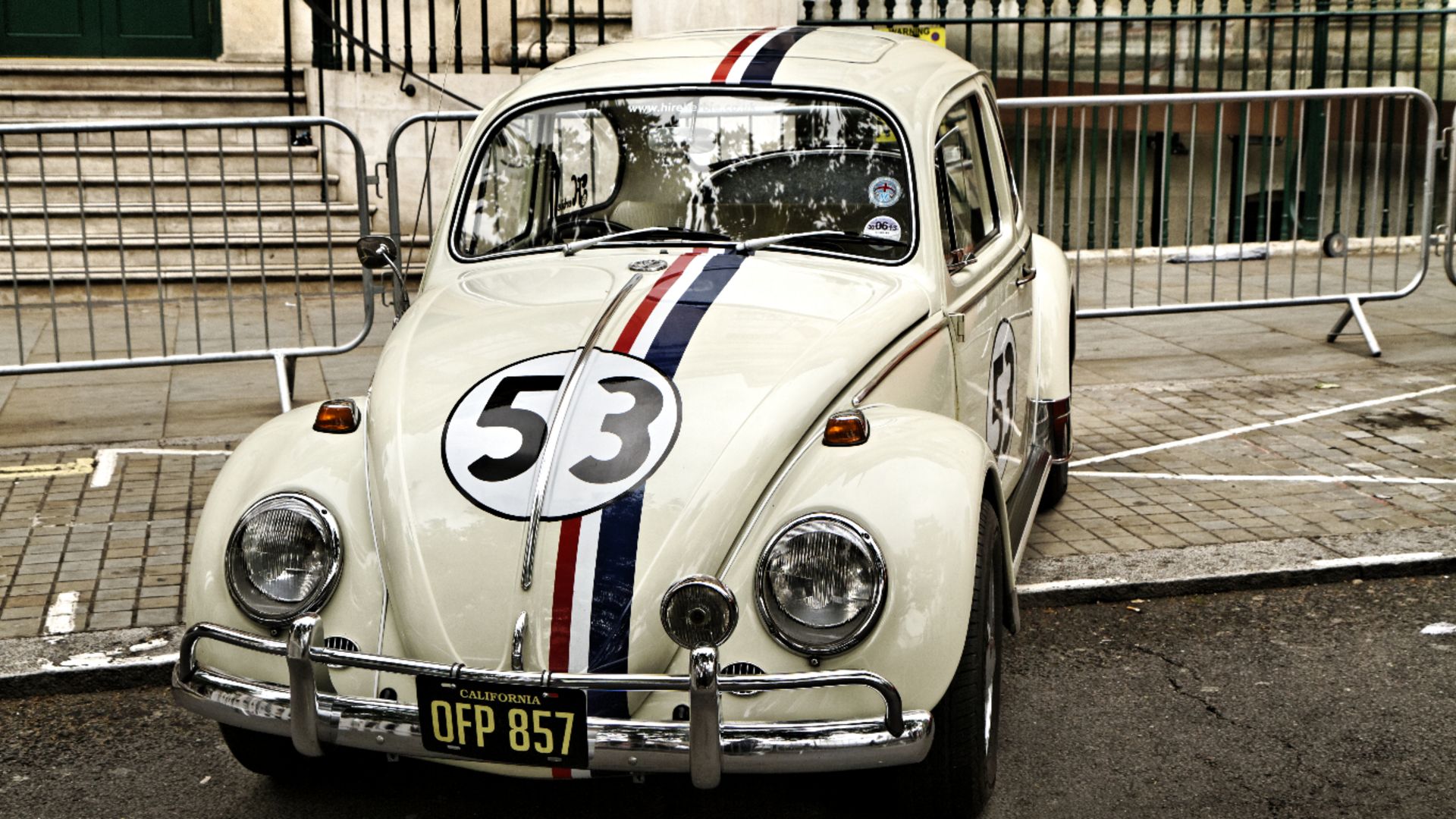 No cars are characters quite like Herbie. The Volkswagen Beetle that starred in The Love Bug beat the colourful cartoons of the Cars films to automotive sentience by 38 years. 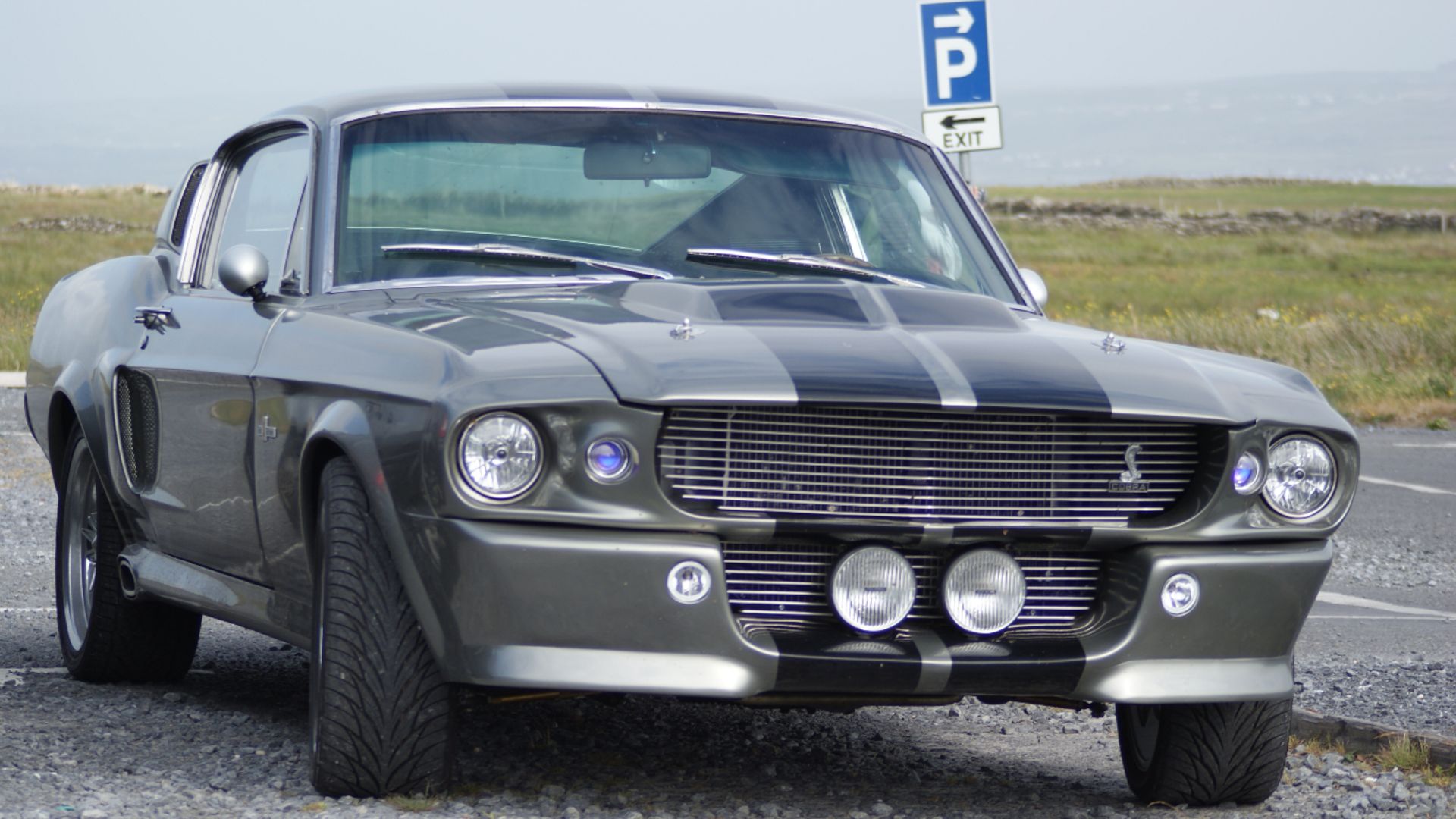 Another modern addition, this one became iconic almost overnight. The Shelby Ford Mustang GT500 from Gone in 60 Seconds was named Eleanor. She captured the hearts of all who watched, including car thief Memphis Raines (played by Nicholas Cage). 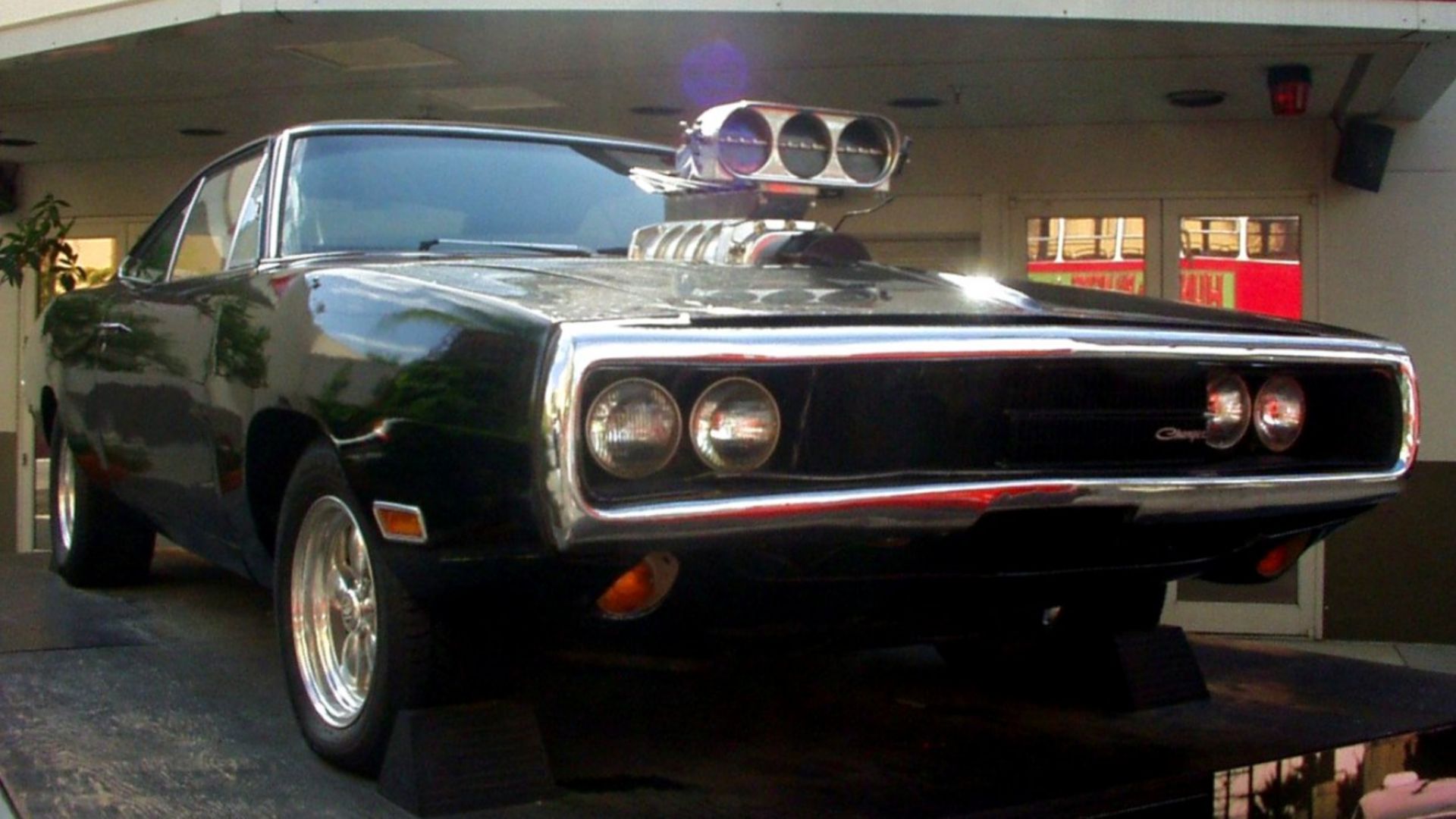 Talk about the car reflecting the star: the shaker-hooded 900hp Dodge Charger from The Fast & The Furious was so powerful, even Dominic Toretto (Vin Diesel) was scared of driving it. 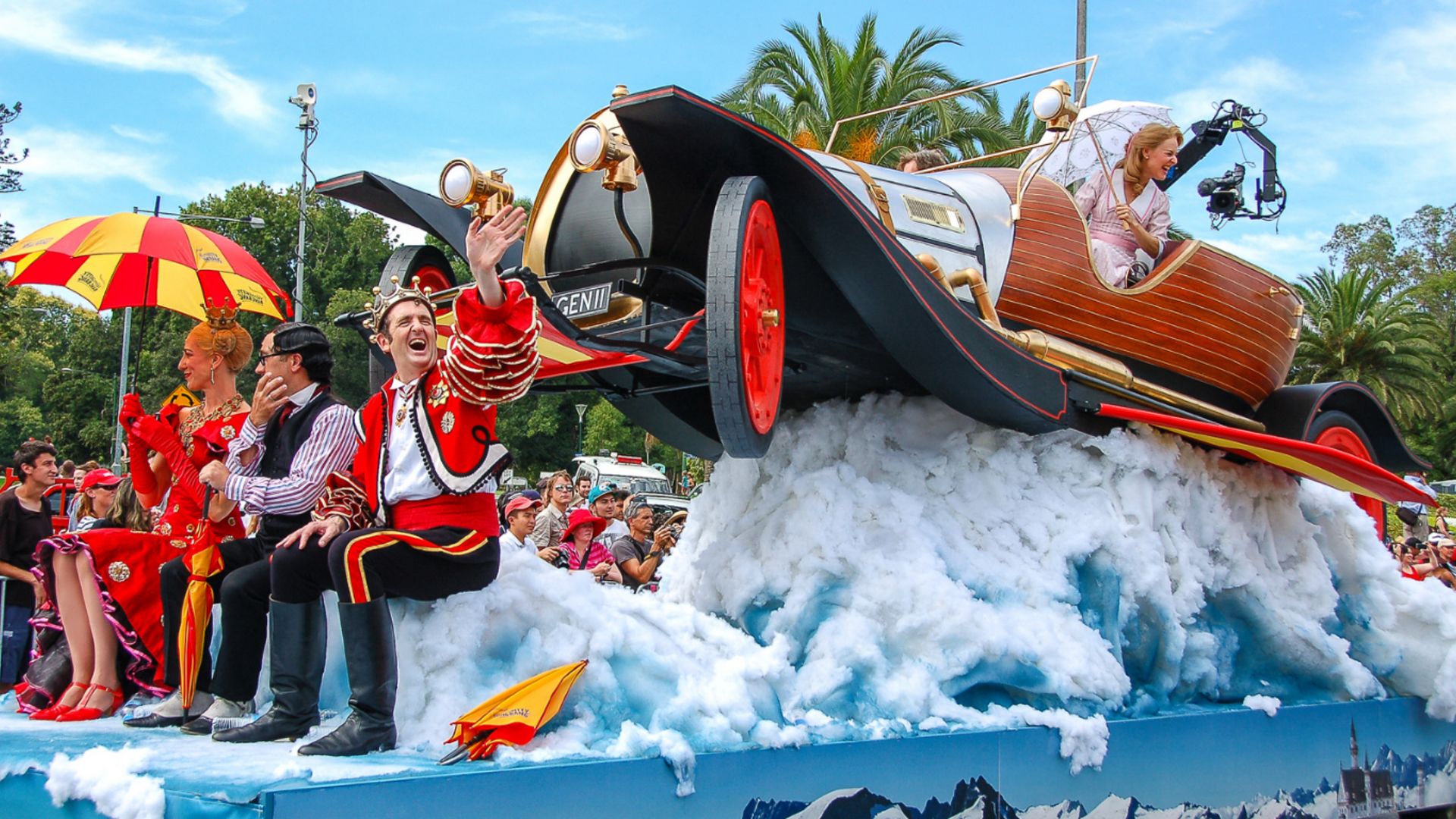 Chitty Chitty Bang Bang is one of the ultimate children’s cult classics. We doubt any car has taken to the skies in cinema and garnered such gasps from the audience. 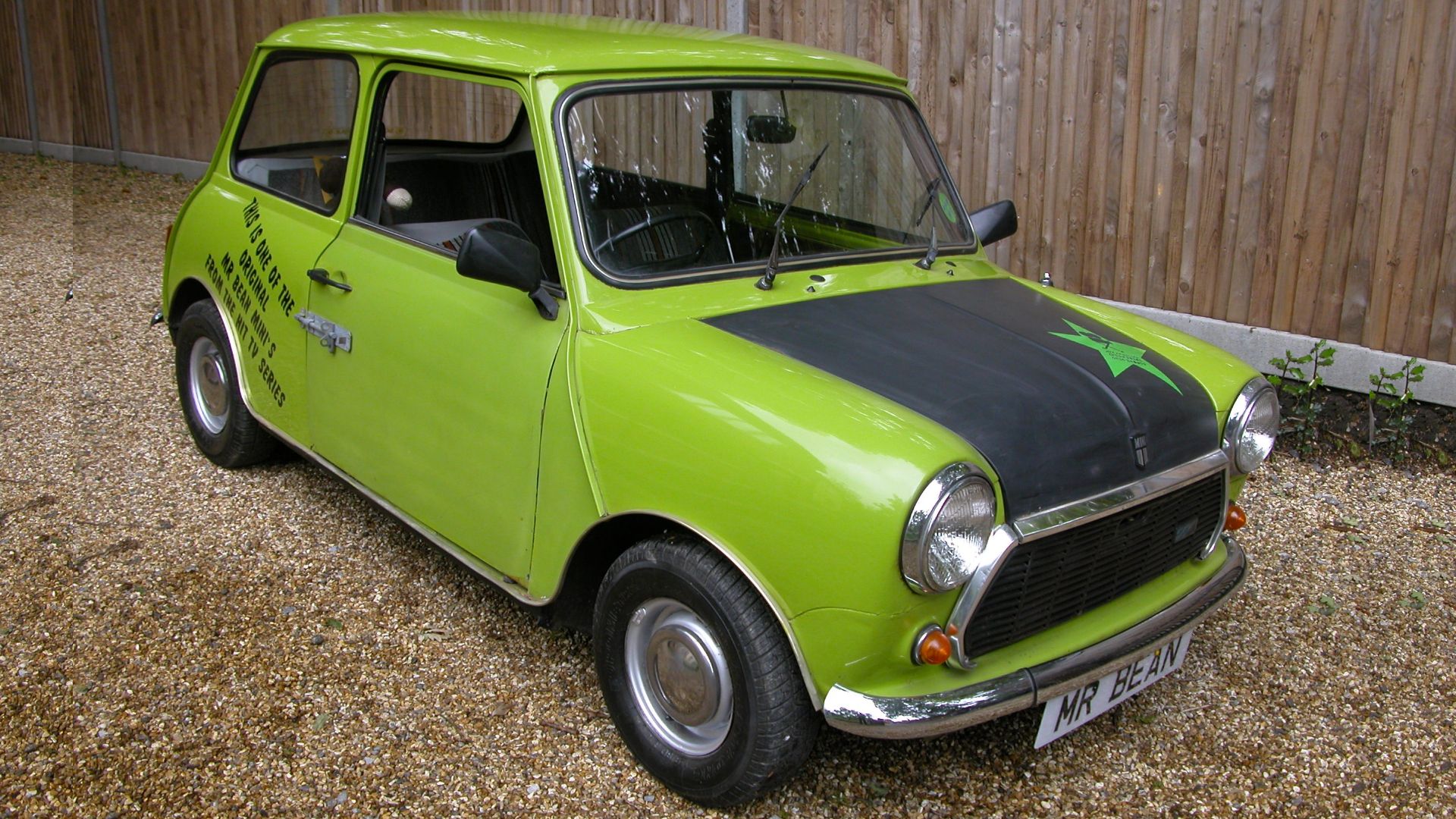 Mr Bean and his Mini couldn’t be further from Toretto and his super-Charger. The character is a British icon – and actor Rowan Atkinson subsequently used his millions to buy a McLaren F1. We don’t think he drives it sitting on the roof, though… 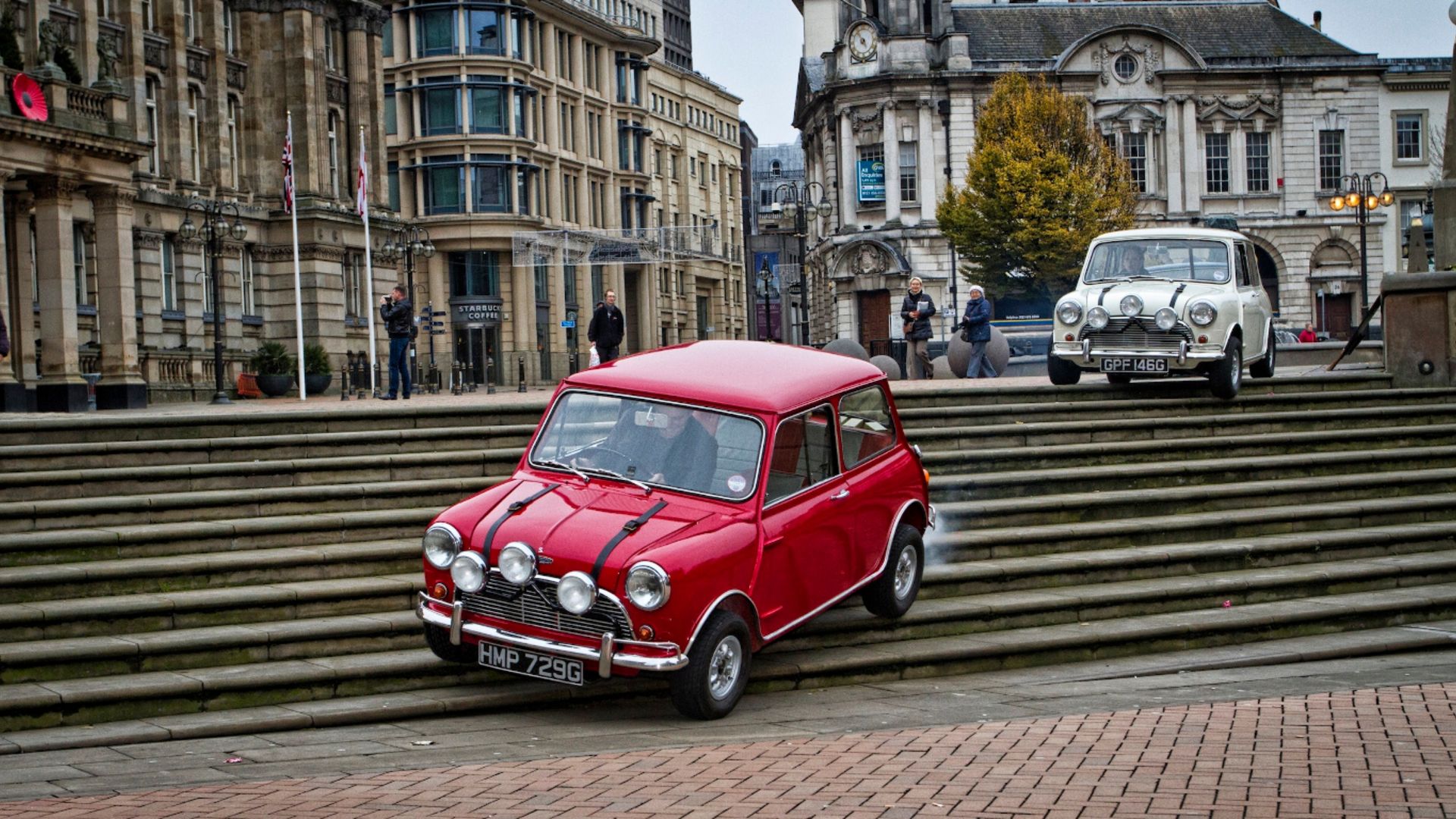 There’s no looking at movie Minis without mentioning The Italian Job. The film – about a bungling gold heist – was partly responsible for cementing the Mini’s legendary status. 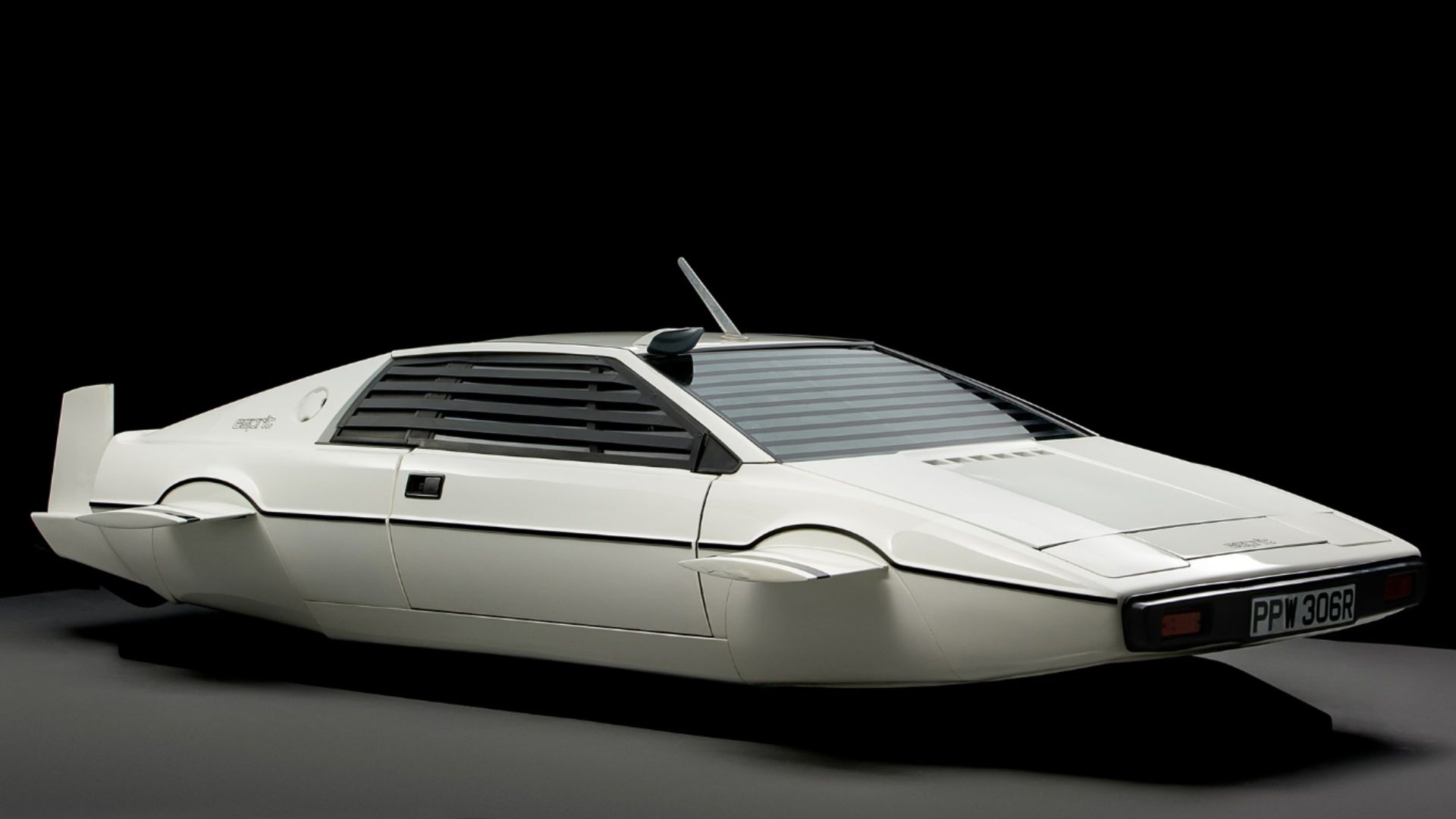 This modified Lotus Esprit could be James Bond’s most memorable car, lengthy Aston Martin association notwithstanding. The ultimate 80s wedge, which starred in The Spy Who Loved Me, is also perhaps the coolest submarine ever. 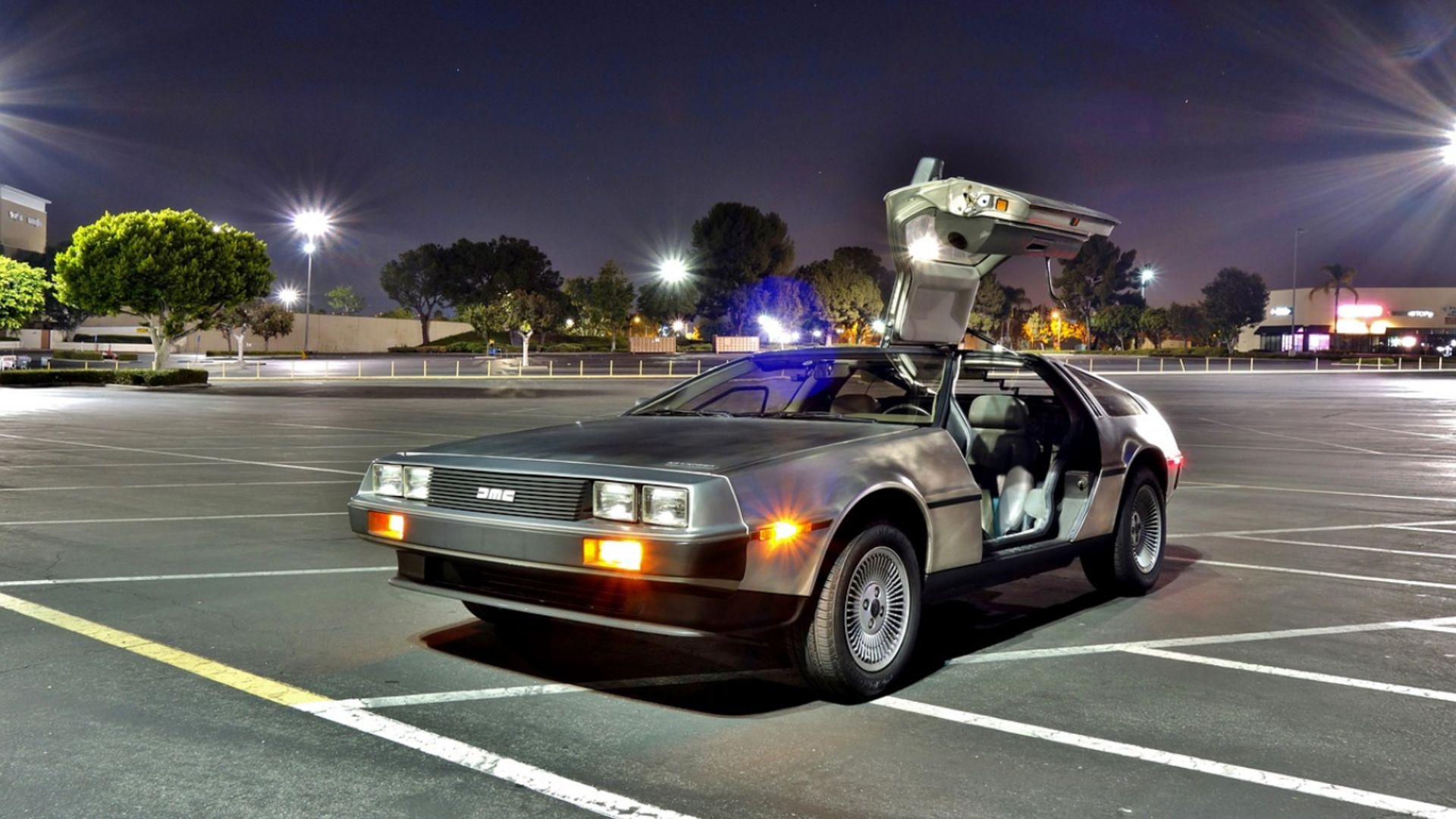 It’s a tough battle at this point for most iconic movie car of all. Doc Brown’s time-travelling DeLorean DMC-12 from Back to the Future will always be in the running. Just don’t ever drive one. You’ll spoil it for yourself. 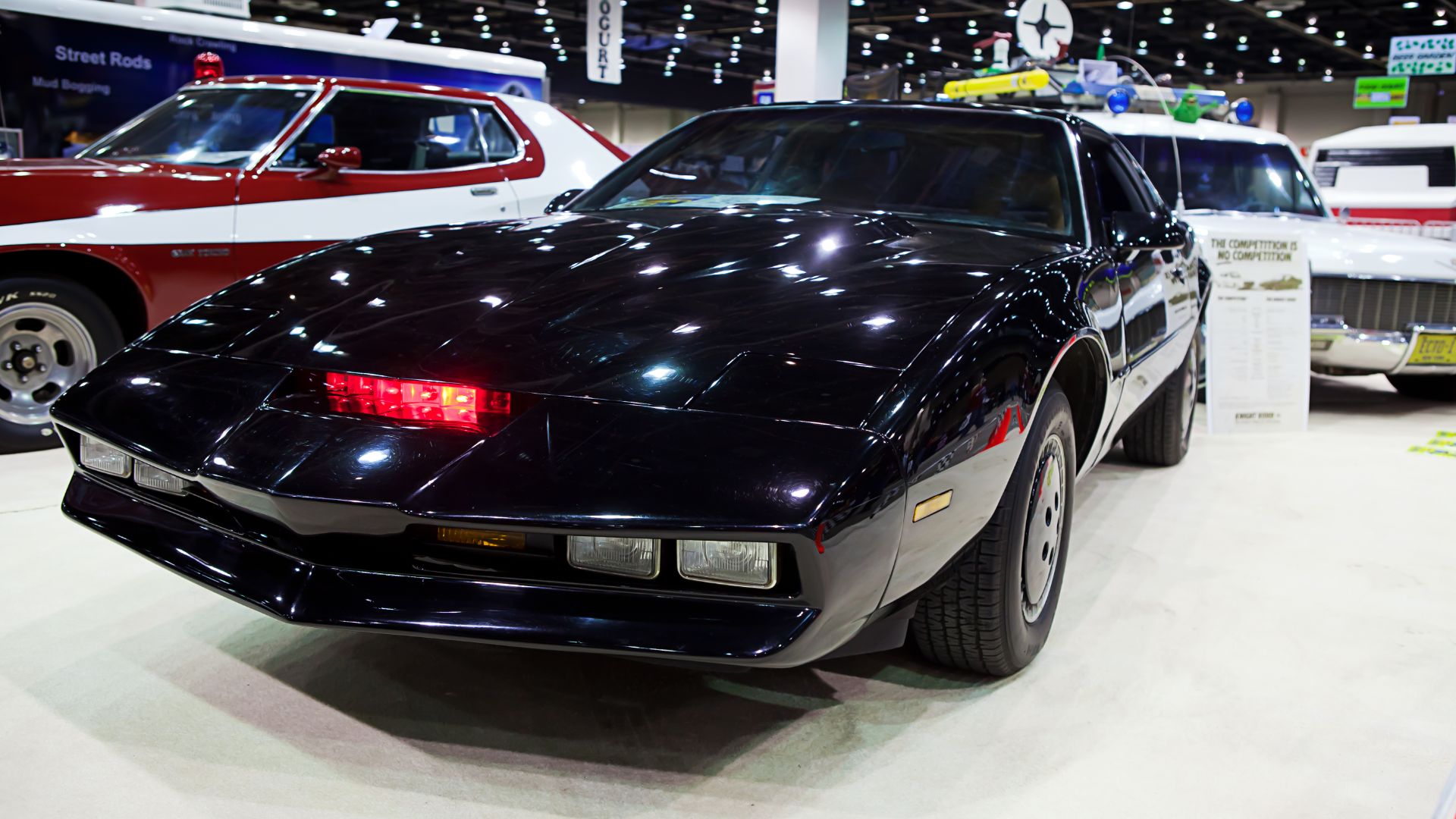 Knight Rider’s Trans Am, known as KITT, opens the top five. It feels especially relevant in 2020, given how topical artificial intelligence and autonomous cars have become. 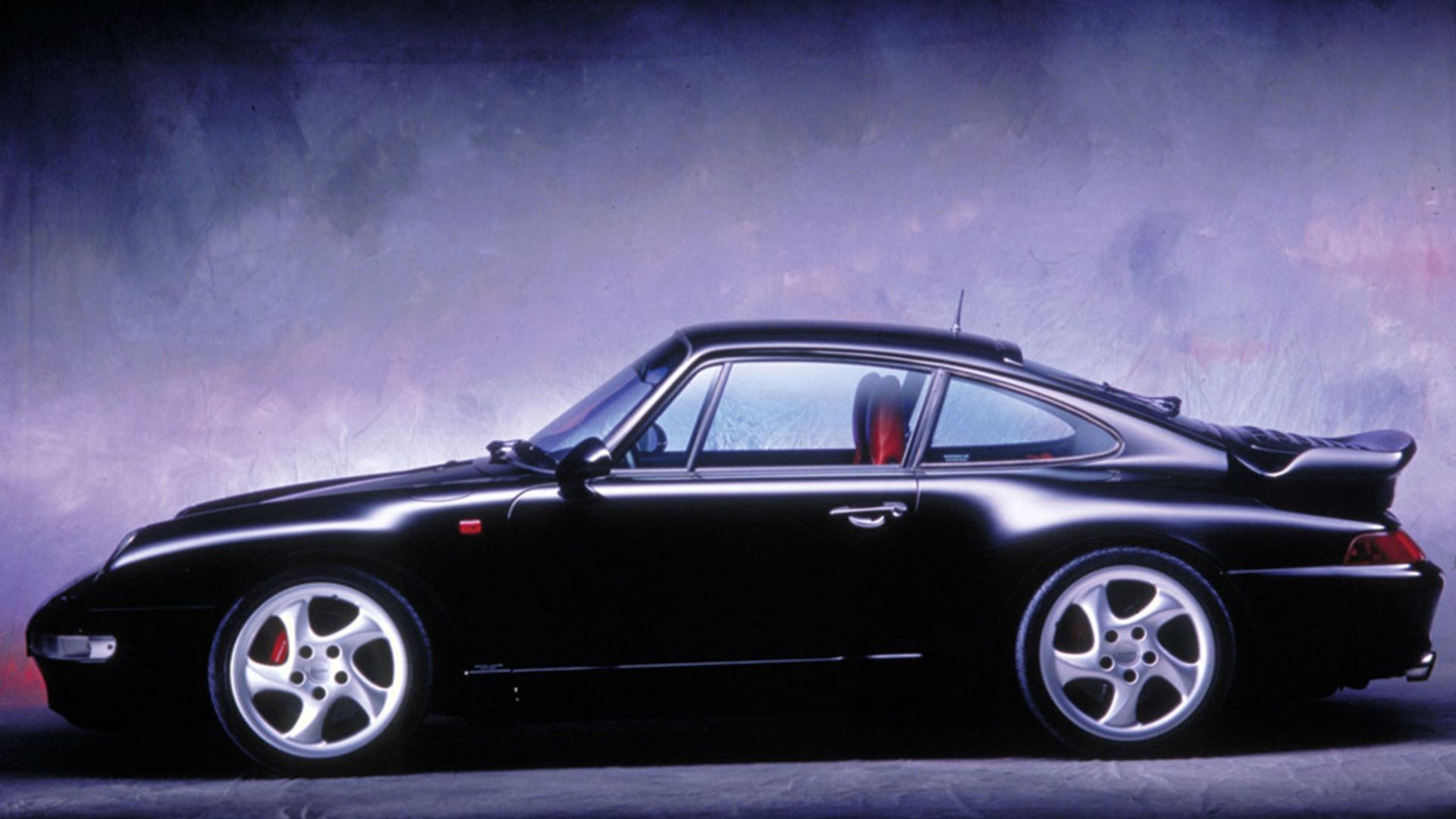 OTT though it was, we reckon the Porsche 964 Turbo’s performance in Bad Boys is one of the most underrated automotive moments. We’re glad the British people have given its epic performance some recognition. 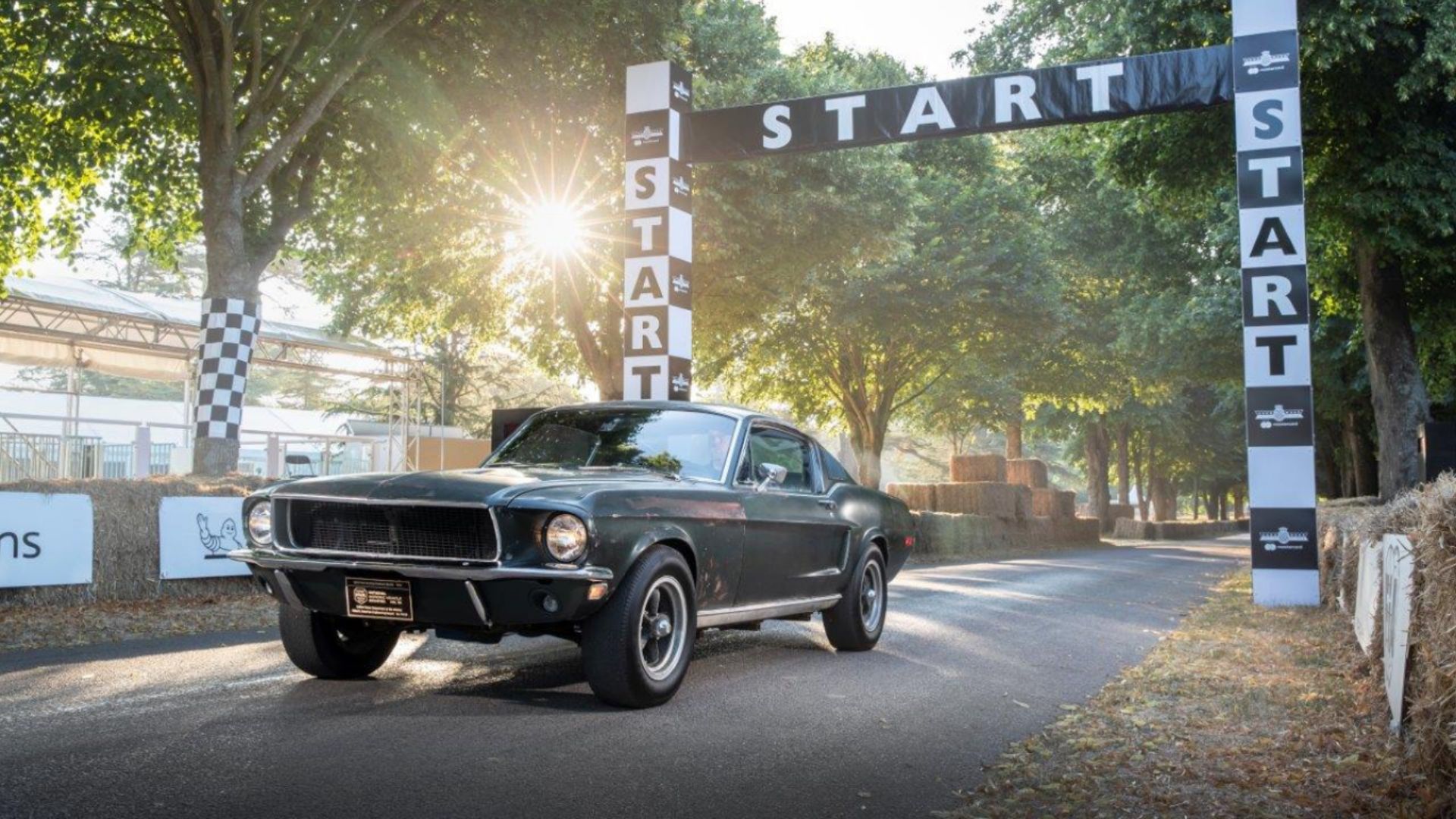 But it can’t beat the real titans of cinema. A key character in one of the greatest movie car chases, the Highland Green Ford Mustang from Bullitt recently inspired a retro special edition.

Bond’s original Superleggera-bodied masterpiece is immortal, partly because they keep wheeling it out. We reckon it will never be bettered, although the public seems to disagree… 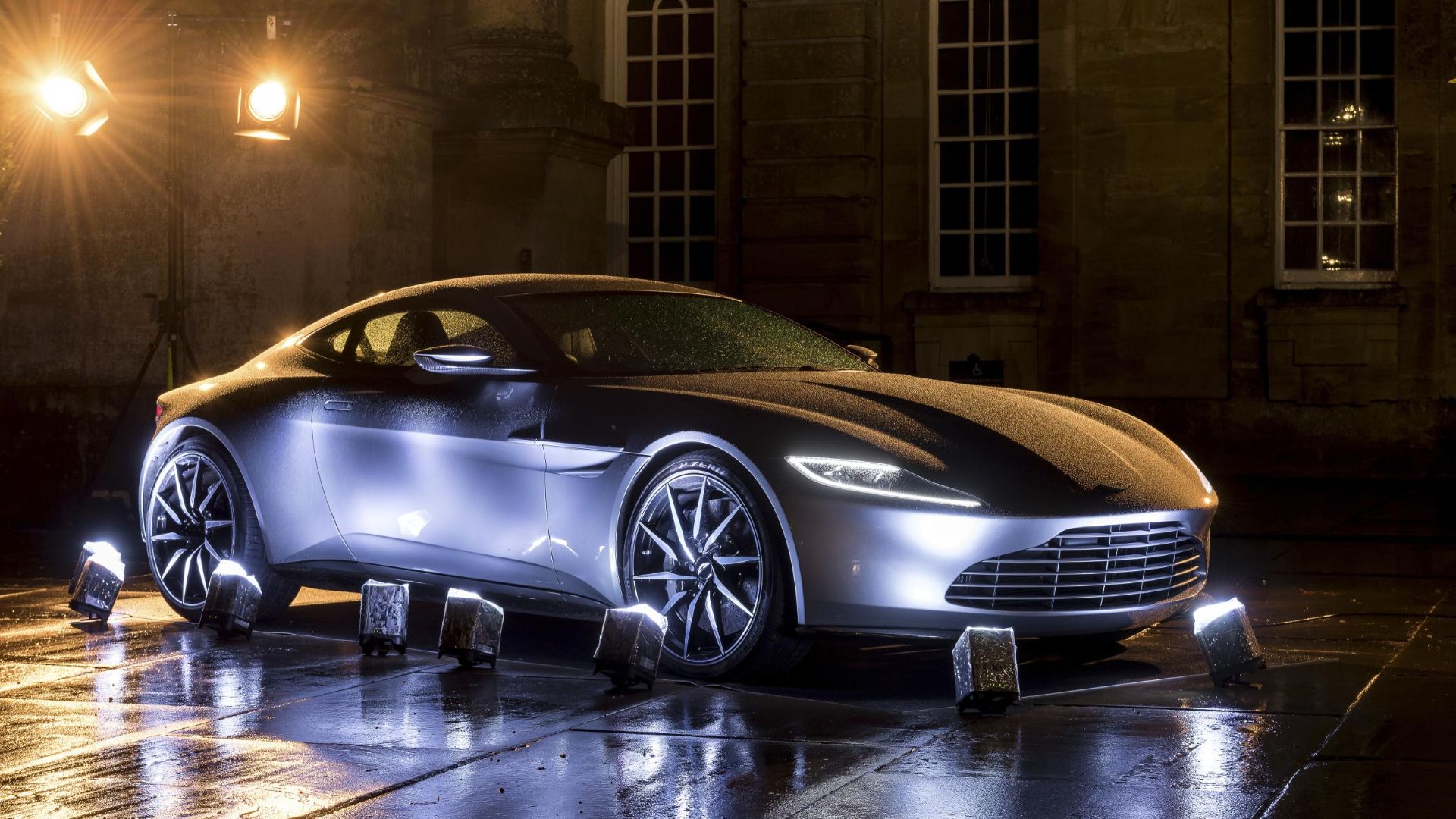 Because the DB10 from Spectre has topped the list. Admittedly, its sharp modern looks might hold more appeal for some. The chase sequence with the Jaguar C-X75 is excellent, too. We wonder if the new Aston Martin Valhalla hypercar, due to appear in No Time to Die, will take its place in time?