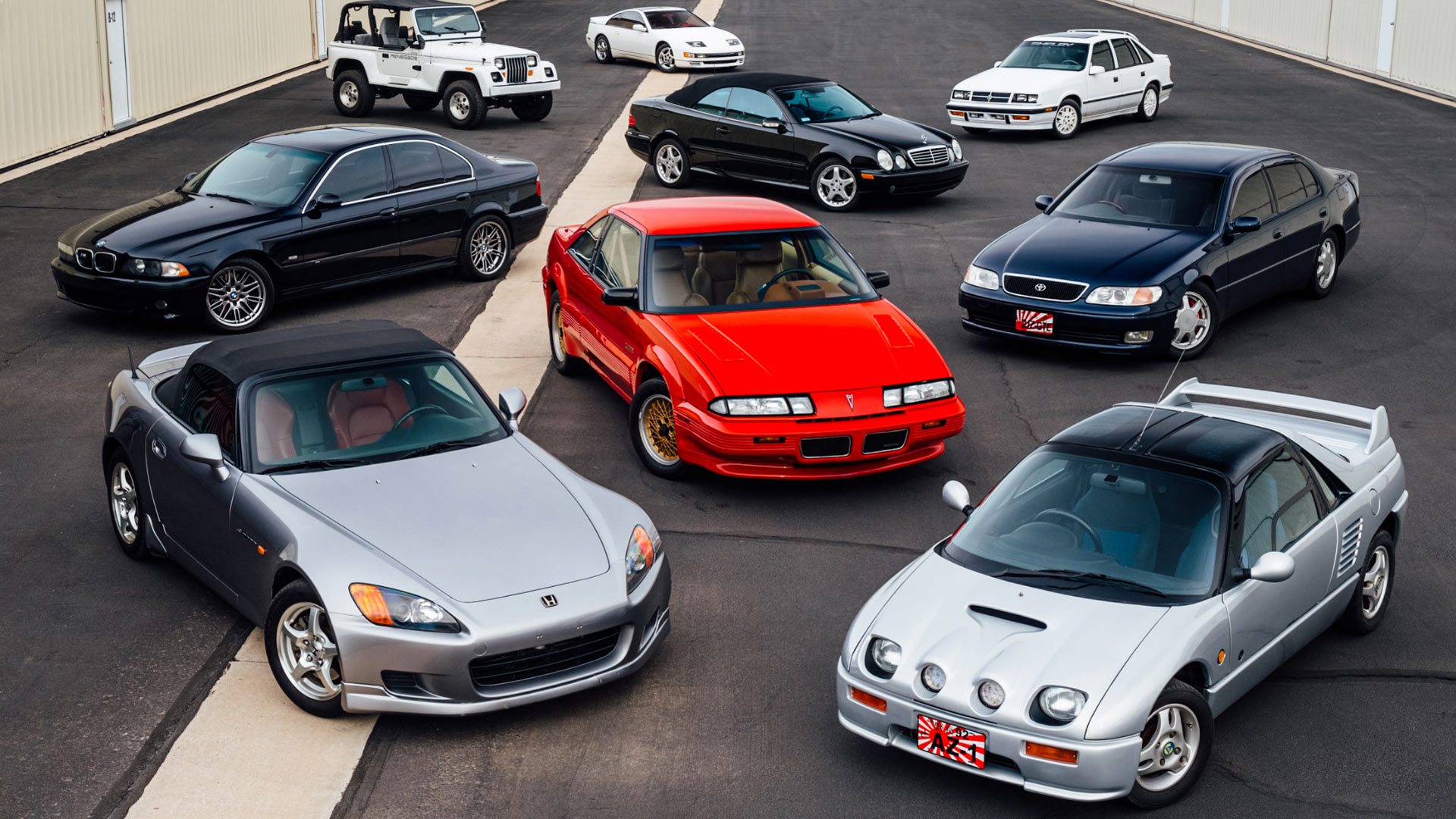 An intriguing collection of nine modern cars with enthusiast appeal are currently being auctioned online.

Named the Davis Collection, the cars belong to a prolific user of the Bring a Trailer website. All are being sold with no reserve, meaning a new home for each is almost guaranteed.

With the varied range of cars spanning a period from 1989 through to 2002, this could be the perfect starter pack for anyone wanting to get in on the modern classics scene. 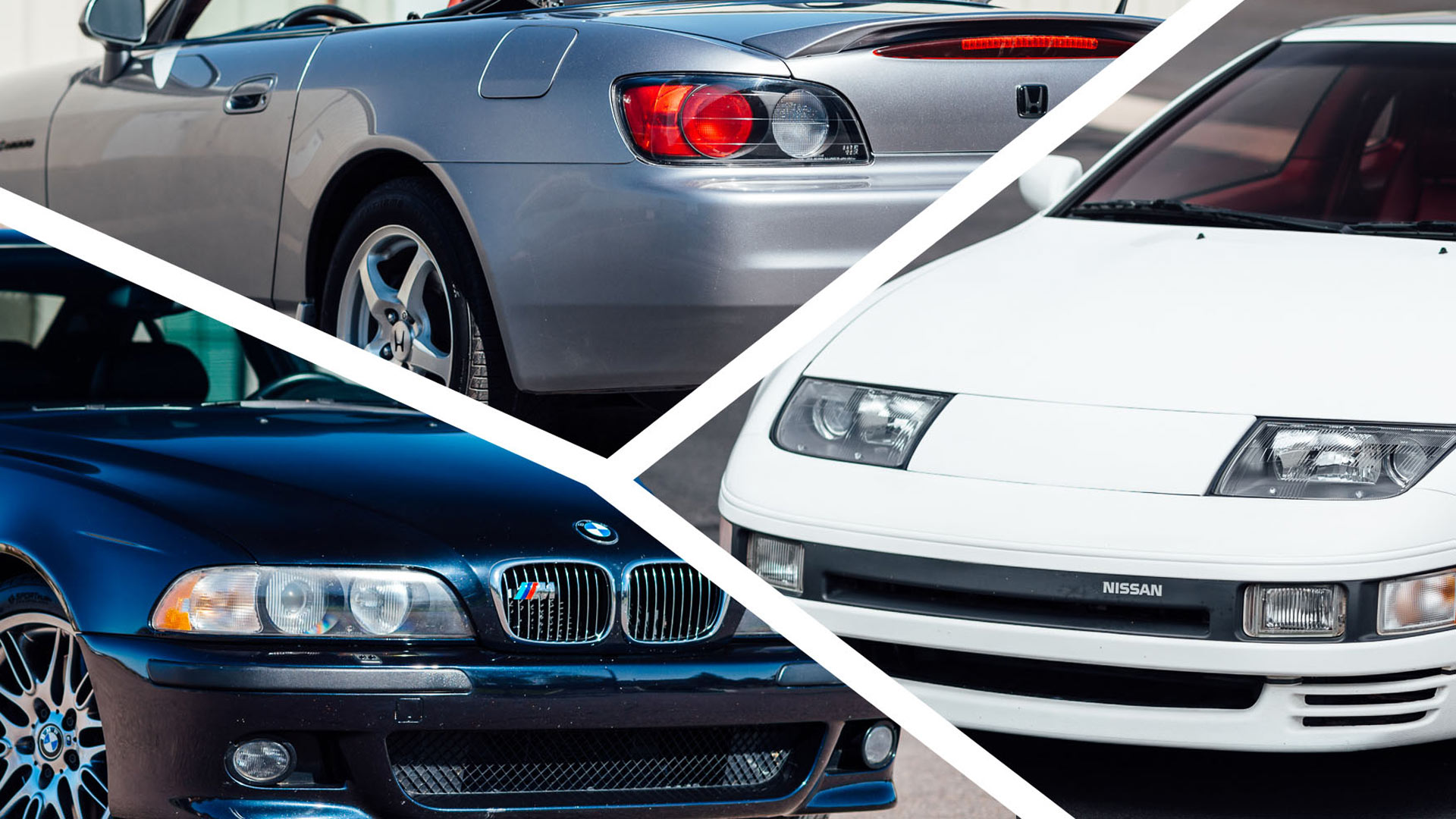 Mr. Davis, known to the Bring a Trailer community by the username Giediprime, has bought and sold a number of vehicles through the auction website before.

Some of the cars offered are regular staples on Bring a Trailer. BMW M5s and Honda S2000s being particular fan favorites with the online community.

However, the collection offers more rarified options, with the choices including a Japanese kei-car and low-mileage Jeep Wrangler Renegade. Below are just some of the highlights. 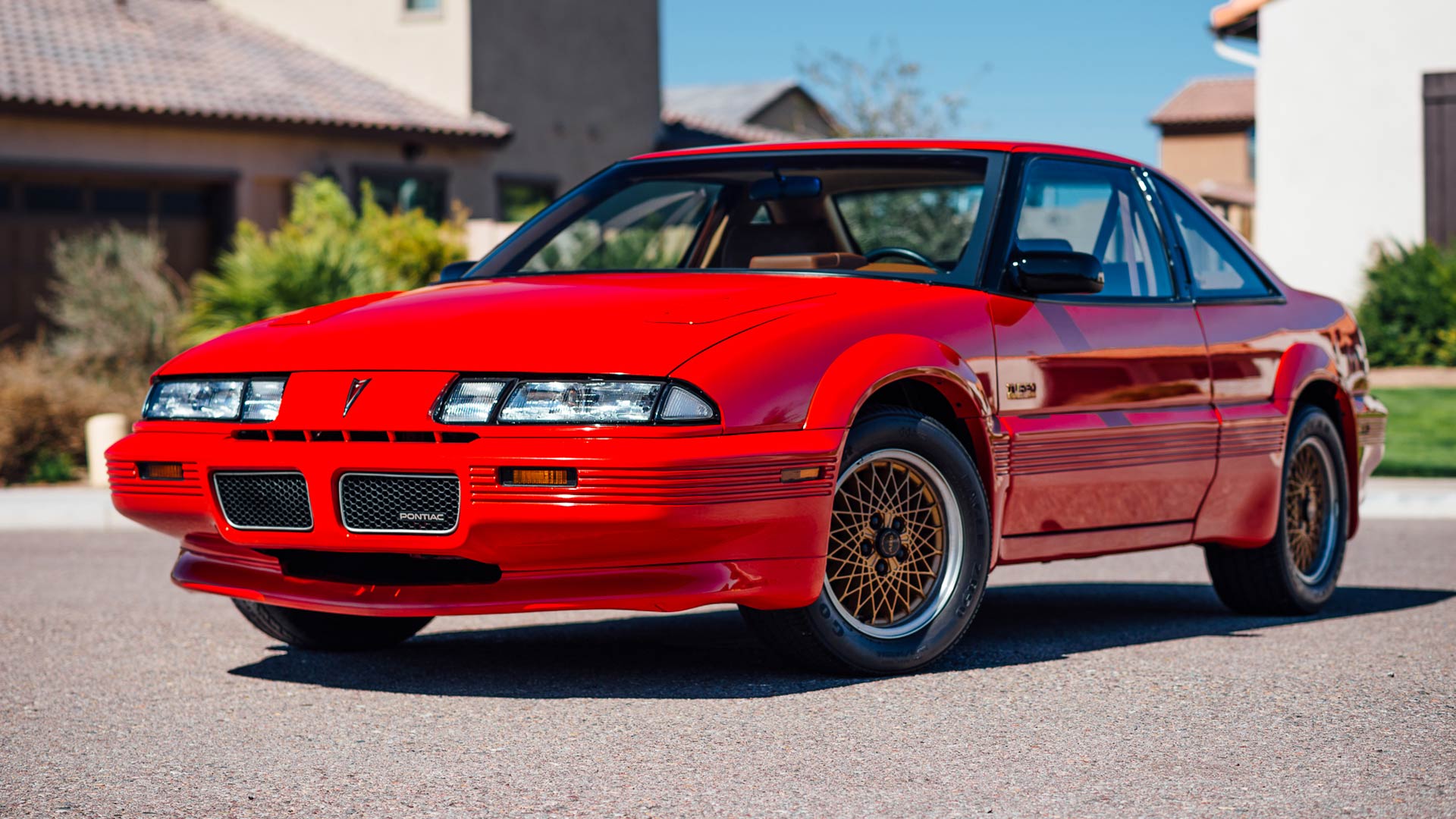 One of the standout cars being offered is the 1989 Pontiac Turbo Grand Prix by ASC/McLaren. One of just 749 special editions created for the ‘89 model year, this turbocharged Pontiac has covered 5,500 miles from new.

Made solely in the coupe body shape, the Turbo Grand Prix features a 3.1-liter V-6 engine producing 205 horsepower and 220 lb-ft of torque. A four-speed automatic transmission was the only option for this rare offering.

Bespoke front and rear bumpers, plus 16-inch mesh-design alloy wheels and tan leather seats, are just some of the highlights on the Turbo Grand Prix. 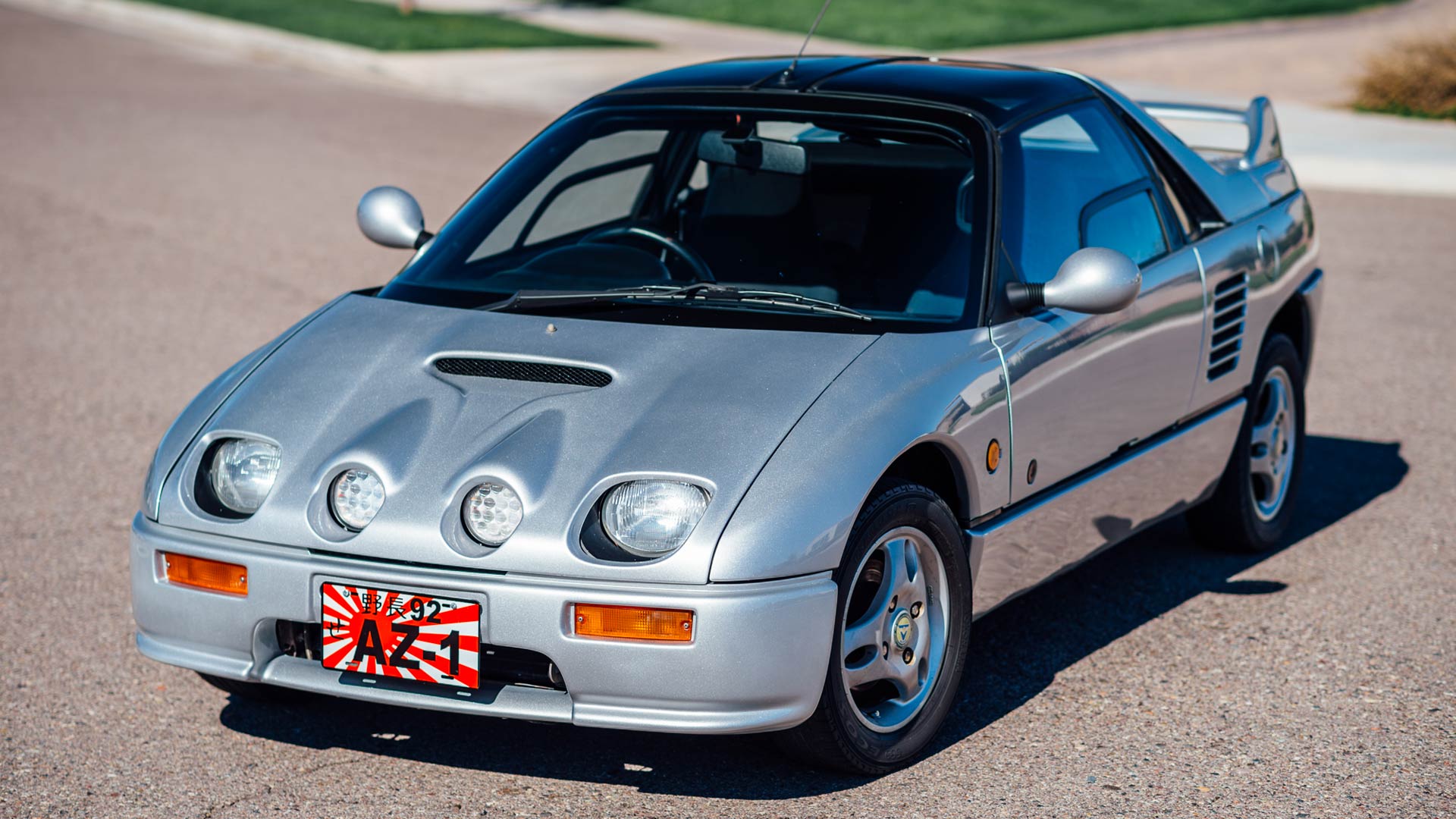 Produced between 1992 and 1994, the AZ-1 was created by Mazda under its own special Autozam brand name. Although designed to meet strict Japanese kei-car legislation, the AZ-1 had a host of intriguing features.

A tiny 657 cc turbocharged three-cylinder engine is mid-mounted in the AZ-1. It sends a total of just 63 horsepower to the rear wheels through a five-speed manual transmission. However, the party piece of the AZ-1 are the trick gull-wing doors.

Imported to the United States in 2017, the right-hand drive AZ-1 being auctioned includes bespoke body kit parts taken from the Mazda M2 1015. A number of additional upgrades were also installed when the car lived in Japan, meaning it should attract plenty of keen bids. 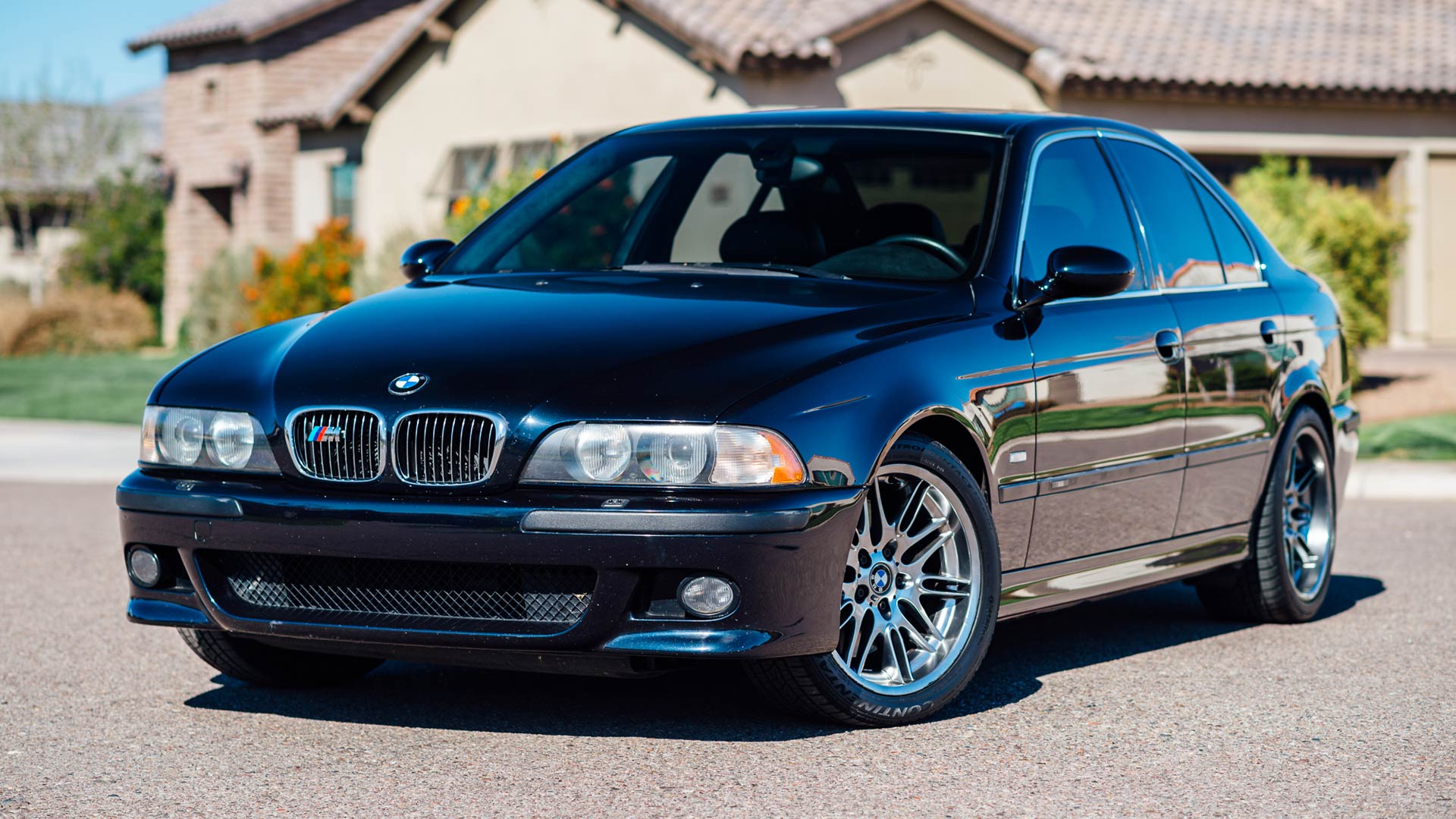 Regarded as one of the greatest sports sedans ever made, the E39 version of the BMW M5 is seeing values continue to increase. Prices are now moving away from the clutches of street racers, and towards the hands of wealthier collectors.

Power comes from a 394 horsepower 4.9-liter V-8 engine, with a six-speed manual the only transmission option. A unique aero kit, 18-inch alloy wheels, and an exhaust system with four tailpipes were other M5 specialities.

Having covered 56,000 miles from new, the BMW M5 in the Davis collection has certainly been used as intended. Regular maintenance work has been carried out, with new tires fitted last year. We would be inclined to ditch the non-factory M badge added to the front grille though…

Time is running out 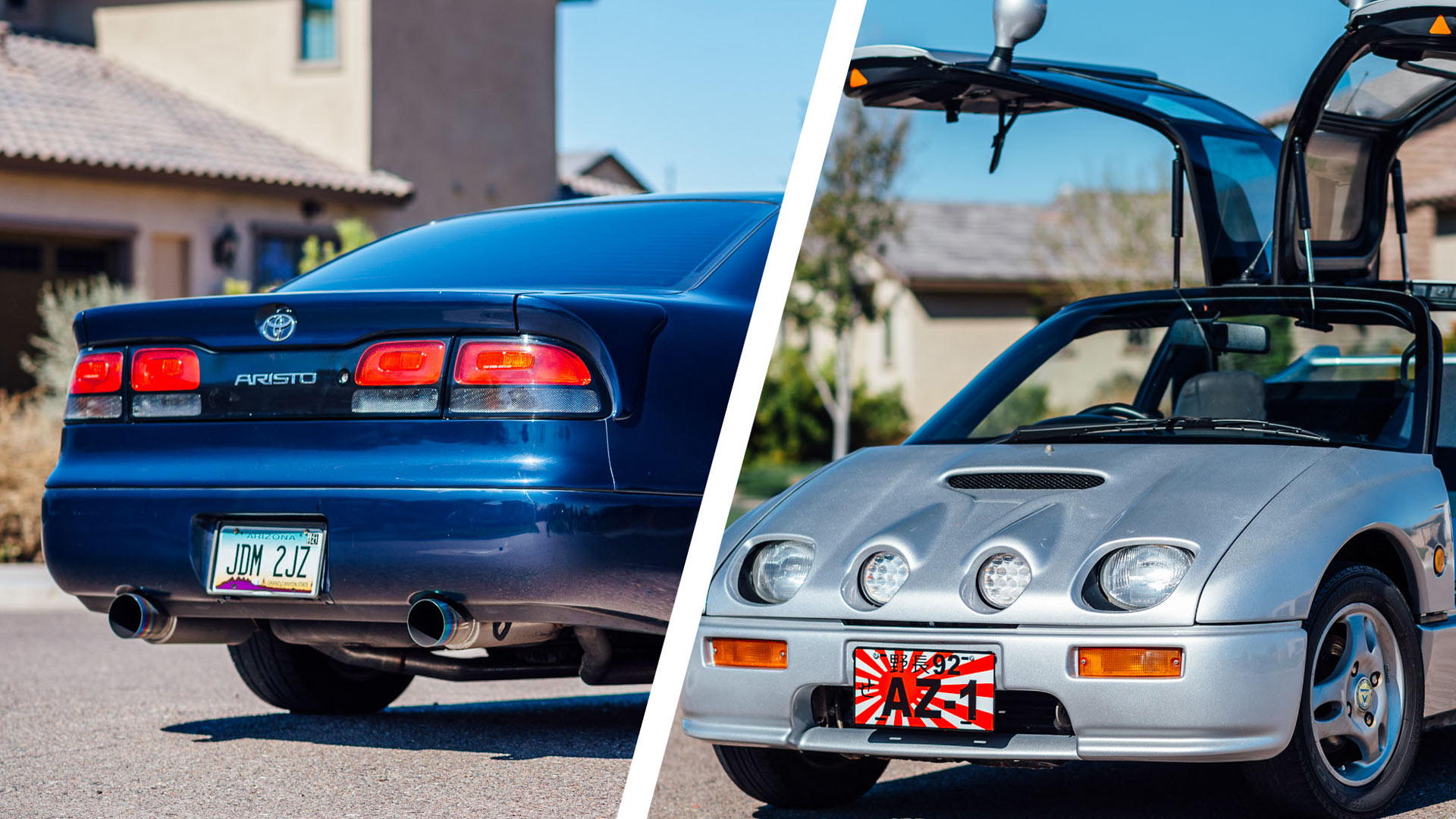 An imported Toyota Aristo is also a rarity, using the same twin-turbocharged engine as seen in the MkIV Supra.

All of the nine auctions began on Monday, April 6th, and are set to run until Monday, April 13th. The finish times are staggered, just in case you really want to try and bag all nine cars.