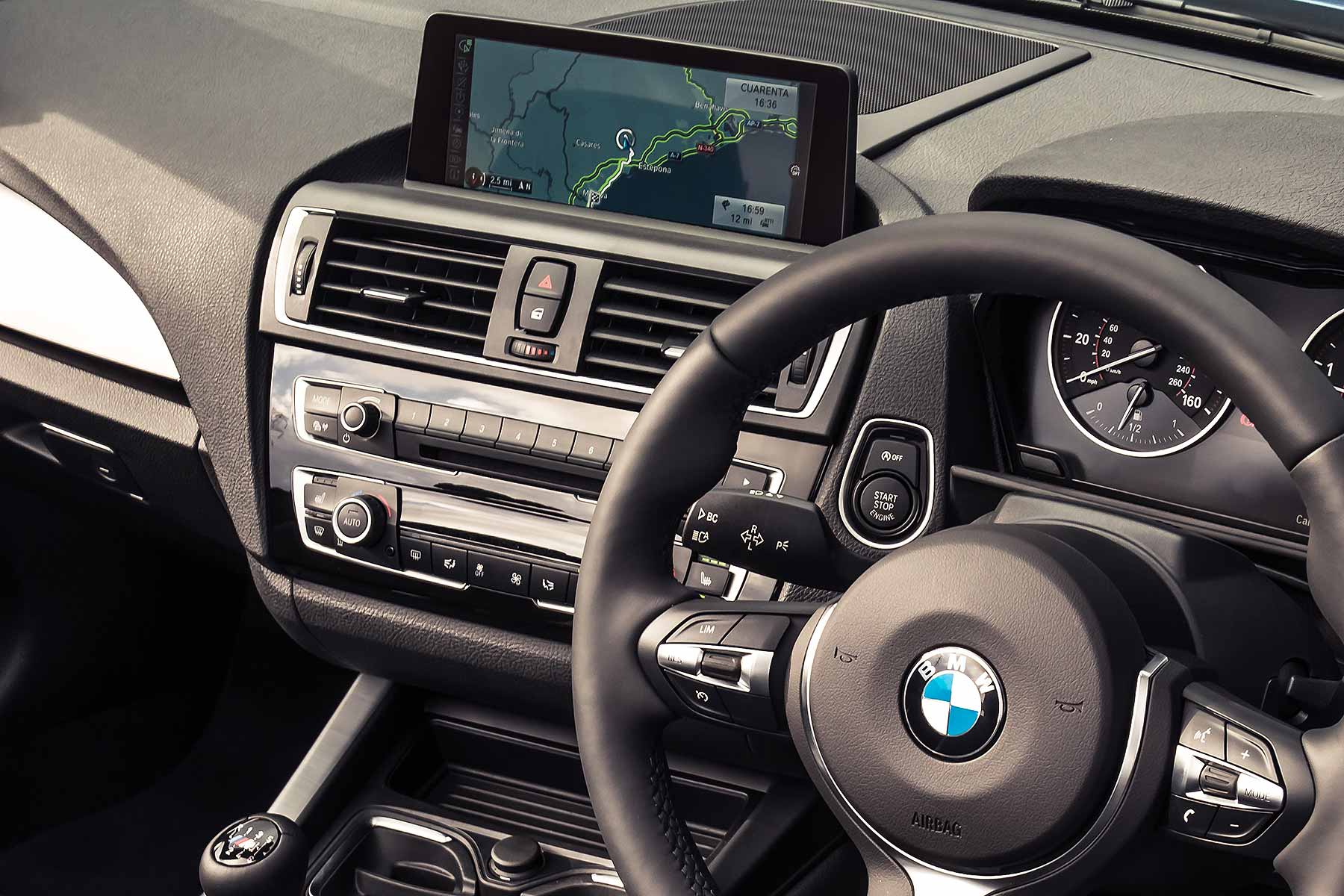 BMW is to become the first volume premium car brand in the UK to fit satellite navigation as standard on all new models from September 2015.

Starting with the new generation 1 Series, now arriving in UK dealers, the firm will move to include sat nav on all new cars where it isn’t already standard – beating premium rivals Audi and Mercedes-Benz which currently charge for the feature on key affordable-price variants.

The newly standardised BMW Navigation system won’t be a stripped-back system either; it will have the latest generation graphics and processors, 3D city modes and a fuel-saving Eco Pro routing algorithm to choose the greenest route.

It’s set to benefit secondhand values too, used value experts CAP has confirmed. Cars forecasting editor Jeff Knight said: “BMW introducing navigation across its entire model range is a first for any mainstream manufacturer in the UK and will inevitably pave the way for others to follow.

“On-board navigation systems now offer so much more technology than previously seen with the likes of 2D & 3D navigation map displays, traffic information and particularly with BMW standard e-call functionality which is a key safety feature.

“As well as having standard navigation across the range all BMW models will see an improvement on their residual value from between £300 to £600 (model dependant) so this is good news all round for the customer.”

The most Instagrammed cars in the world

Snap happy: from the Volkswagen Golf to the Ford Mustang, these are the most mentioned cars on Instagram
Read more

All British Gas vans will be electric by 2030

Energy supplier British Gas has pledged to replace its existing fleet of 12,500 vans with all-electric versions by the end of the next decade.
Read more

Calls to abandon ‘private cars’ over brake and tyre pollution