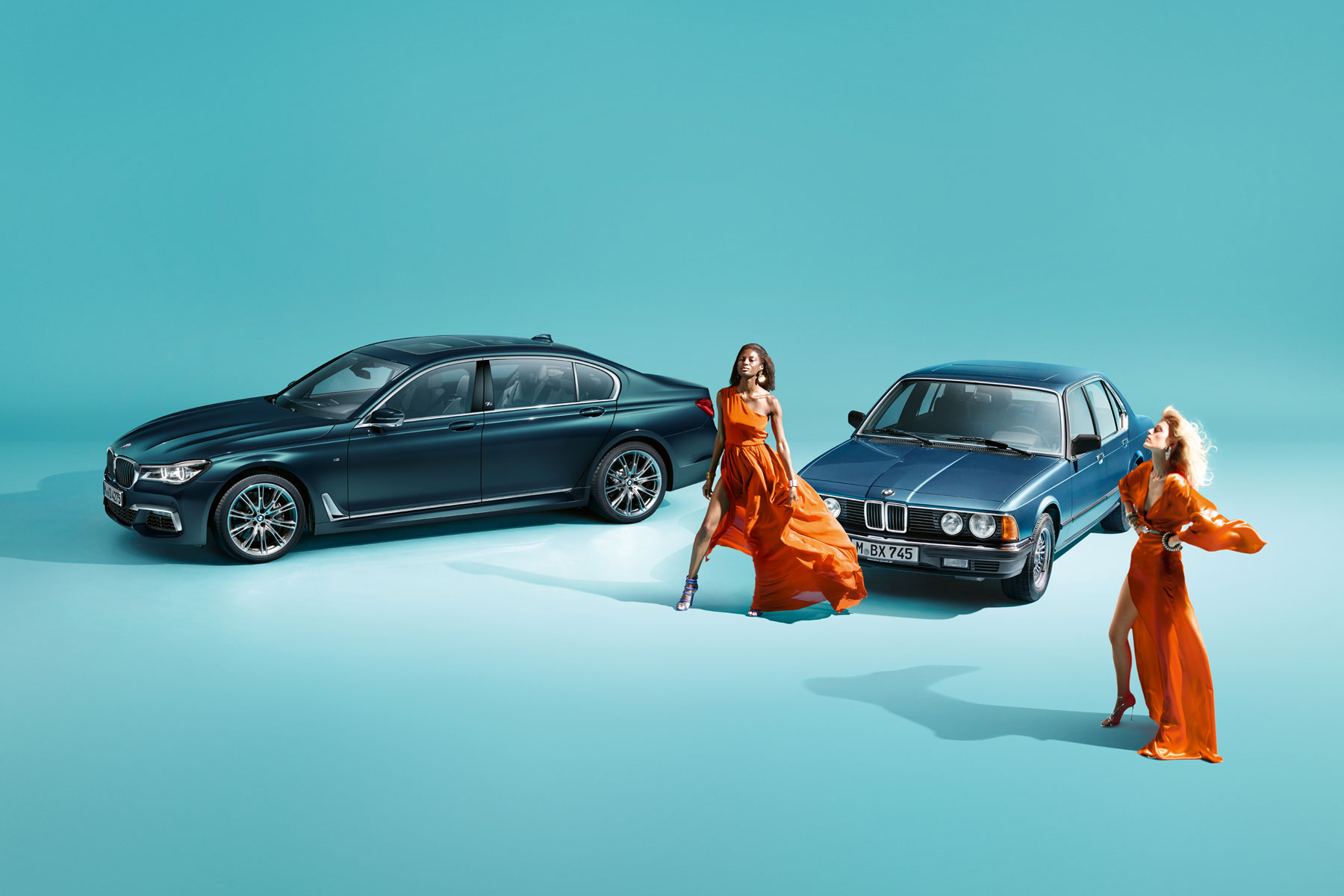 When will carmakers learn that putting high-definition new metal alongside the Kodachrome-richness of past heroes is never a good idea? Even after whipping off our rose-tinted spectacles and wiping the haze of nostalgia from our eyes, we can’t help but feel that the BMW 7 Series Edition 40 Jahre is a little overshadowed by its elegant and clean-cut forebear.

The current 7 Series might be the automotive equivalent of the Consumer Electronics Show, with a Las Vegas price tag to match, but it lacks the subtlety and shark-nosed presence of the original. It helps that the E23 was based on the timeless E24 6 Series, launched a year earlier.

To the 7 Series owner who dropped circa £10,000 on BMW’s flagship saloon back in 1977, Laserlight was something held by Luke Skywalker and Gesture Control was something he might have witnessed from the driver of a Cortina with an inferiority complex. Back then, central locking and electric door mirrors were enough to give you bragging rights over the other motorists crawling along the Hammersmith Flyover on a Monday morning.

The BMW 7 Series Edition 40 Jahre will make its debut at the 2017 Frankfurt Motor Show, with a mere 200 units being produced, each one tailored to individual customer desires. For a limited edition 7 Series, it’s a case of for the few, not the many. Standard or long-wheelbase versions will be available, with a complete suite of engines to choose from. However, it may not come to the UK.

Not that you can be too expressive with the colour: buyers can select from Frozen Silver or Petrol Mica, both of which are “applied in a particularly elaborate process”. No under-the-arches bodyshop for the Edition 40 Jahre, then?

The M aerodynamics package, high-gloss Shadow Line and 20-inch V-spoke alloy wheels complete the look, along with the obligatory special edition badges, located on the B-pillars and door sills.

Inside, the 7 Series is swathed in leather, with an Alcantara roof liner and a choice of trim, depending on the upholstery colour. A pair of smoke white ‘comfort cushions’ join the headrests and floor mats in bearing the Edition 40 Jahre logo. You and your fellow passengers – we doubt many owners will actually drive their 7 Series – should be left in no doubt that you’ve splashed the cash on a limited edition. 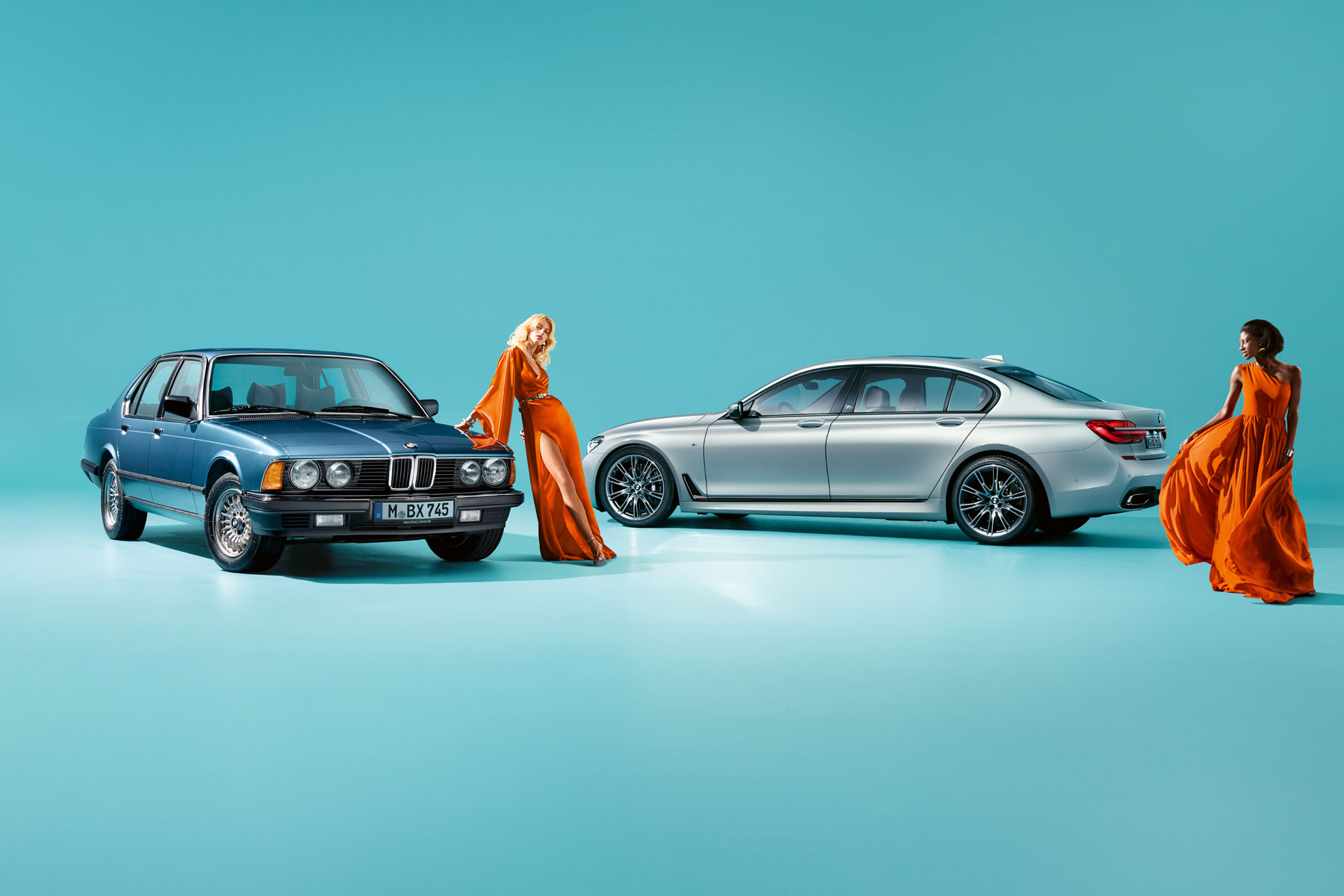 In fairness, the BMW 7 Series has long been the flagship motor to be enjoyed from the front and the rear. The E23 wasn’t perfect – contemporary reviews criticised its lack of cabin space and build quality – but dynamically it had the edge over its German, British and French rivals. Today, while remaining a car for backseat drivers, the 7 Series is a car to be enjoyed from the front, if only to revel in the jaw-dropping arsenal of tech.

Remote parking, Gesture Control, remote 3D view, laser headlights, adaptive dynamics and lane guidance would seem otherworldly in a world staring slack-jawed at Star Wars and Close Encounters of the Third Kind. Frankly, not even Lucas and Spielberg could have foreseen just how far the 7 Series would travel in 40 years, both figuratively and literally.

So, yes, we should celebrate four decades of the 7er. Check Control system (1977), the first 12-cylinder engine in a German post-war car (1987) and the first integrated sat-nav in a European production model (1994) are just three of the milestones in an impressive journey. But while the 7 Series will continue to premiere the technology of tomorrow, it will forever be overshadowed by Paul Bracq’s elegant masterpiece of yesterday.

The cost of the BMW 7 Series Edition 40 Jahre is yet to be announced, but prices start from £65,300 for the standard saloon, rising to £135,340 for the M760iL xDrive. You can expect to pay a hefty premium when the anniversary edition goes on sale in October.