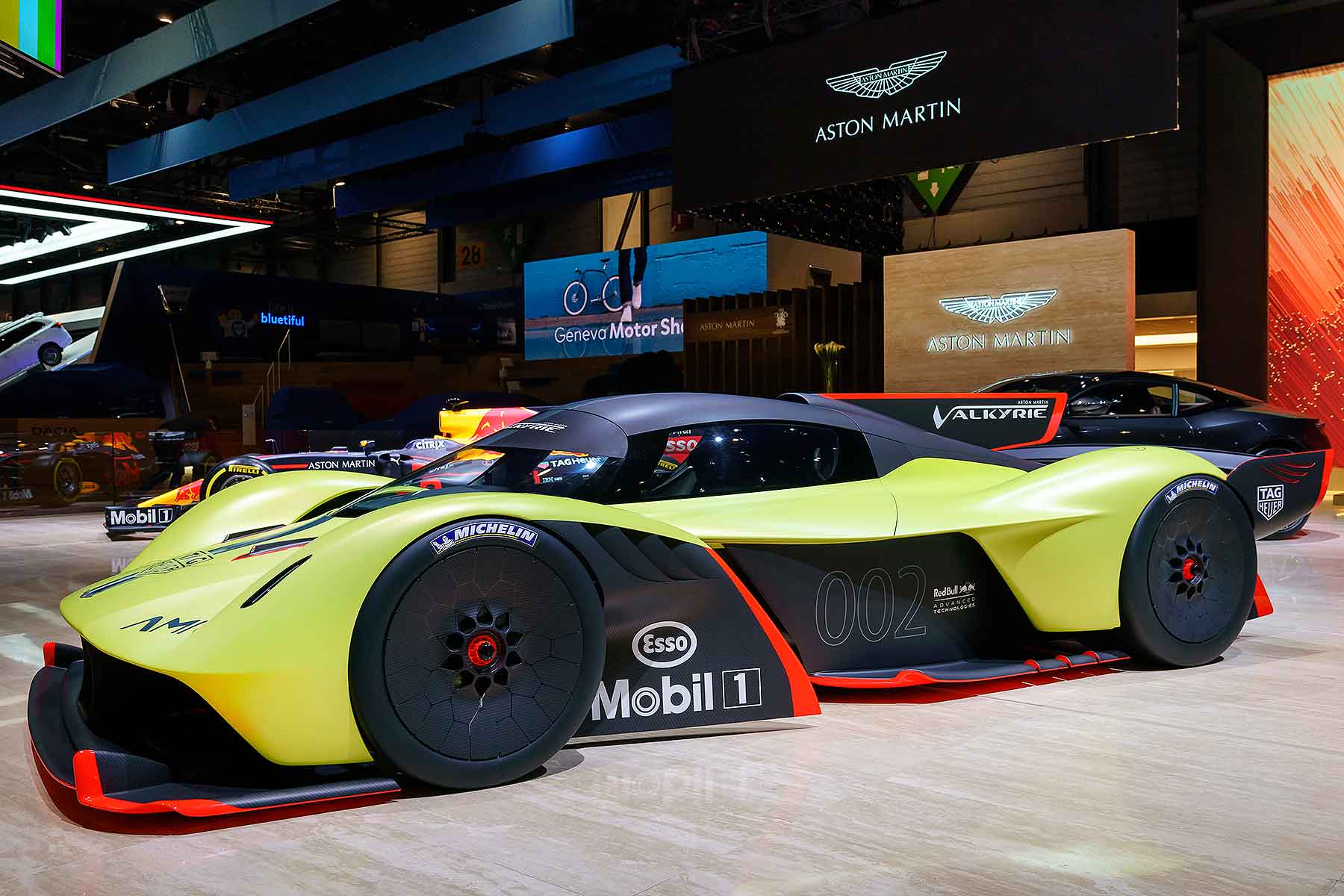 Aston Martin has revealed its new track-only Valkyrie AMR Pro hypercar at the 2018 Geneva Motor Show with a bold claim: it has performance capabilities equal to the 2018 Red Bull Racing F1 racer it is displayed alongside at the show.

As it weighs less than this, it means the Valkyrie AMR Pro has the fantastic boast of generating more than its own weight in downforce – something only racing cars are able to achieve.

Purely for the racetrack 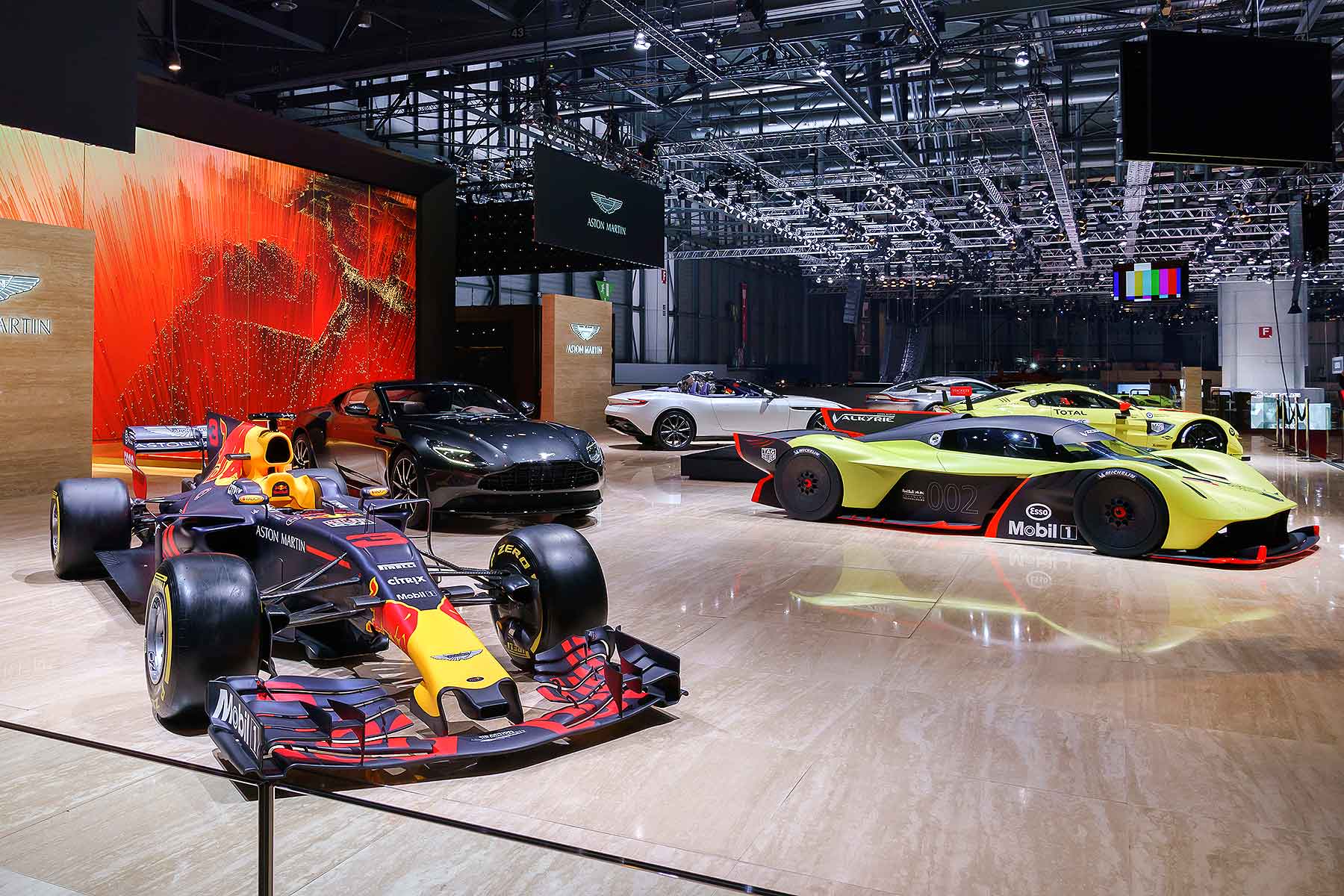 Red Bull boss Christian Horner was on hand to reveal the car, which Aston also says has the performance potential of a modern Le Mans LMP1 prototype racer, similar to that Fernando Alonso is going to drive at the Le Mans 24 Hours this year.

Nothing short of a full aerodynamic overhaul could achieve this. Compared to the road-going Valkyrie, the AMR Pro has wider bodywork, bigger wings and new programming for its active aerodynamics.

The weave of the carbon fibre is also thinner, and Aston has ditched the heater and infotainment systems, all to save weight. It even has a polycarbonate windscreen – which, to ensure it doesn’t steam up due to the loss of the heat system, has heating elements built in.

The Valkyrie AMR Pro is a 1:1 car – it has more than 1bhp for every 1kg of mass, giving an exceptional power-to-weight ratio. This has been achieved by recalibrating the 6.5-litre V12 and its electrical energy recovery system. It also has enough power to hit 225mph, even in this high-downforce guise.

Cornering’s where it’s at, though. Aston boasts of cornering forces nudging 3G, way beyond any normal road car and the sort of Gs you only normally see F1 racers achieving. 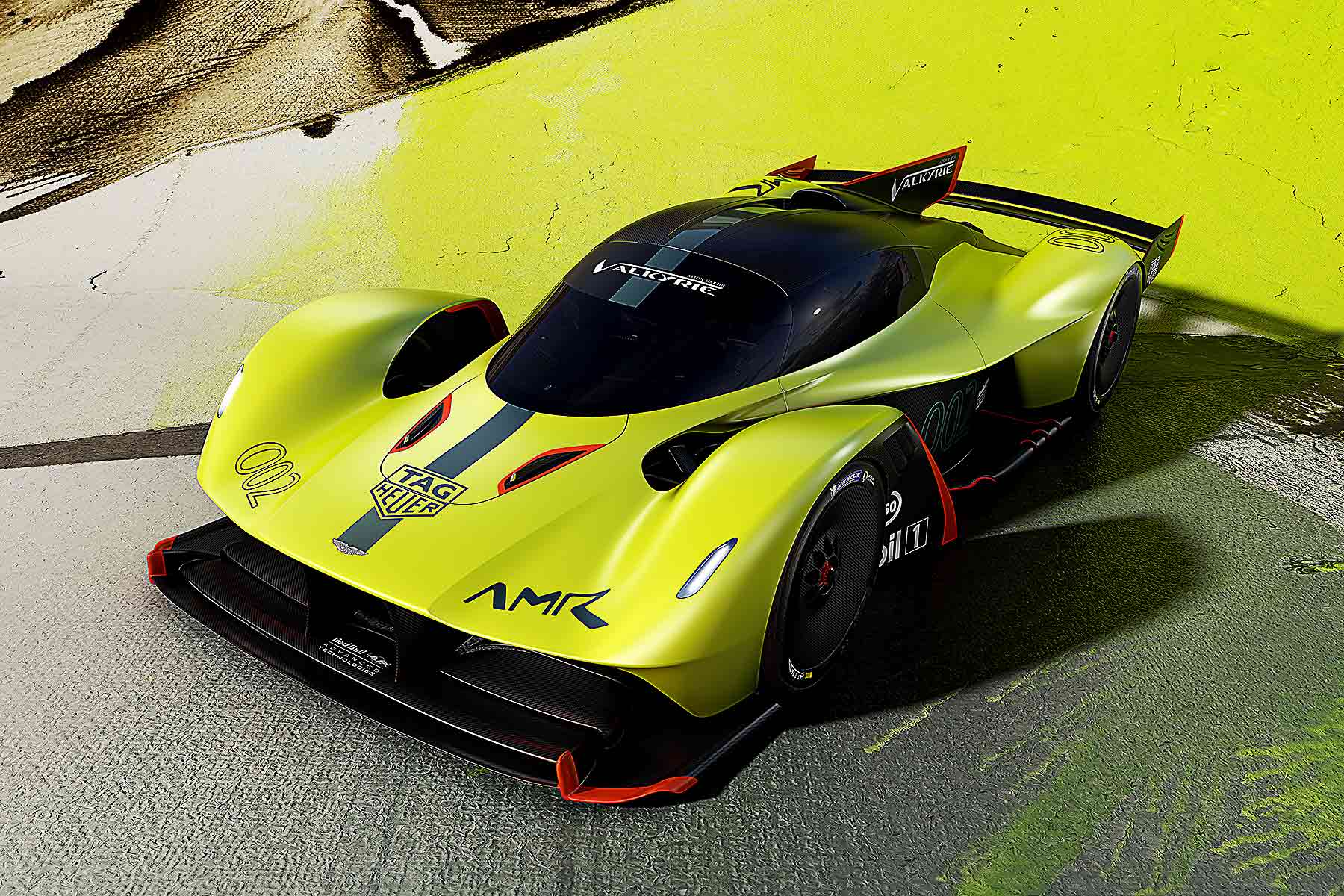 Aston Martin CEO Andy Palmer said: “Anyone who knows me will tell you I’m a true racer at heart, so to see the track-only Aston Martin Valkyrie AMR Pro together with Aston Martin Red Bull Racing’s Formula One and Aston Martin’s World Endurance Championship cars here at Geneva is fabulous.

“I’m starting to get used to some of the extraordinary things Adrian (Newey), Red Bull Racing, Aston Martin and all our exceptional technical partners – now including Mobil 1 and Esso as Valkyrie’s official oil and fuel partners – are capable of. But the Aston Martin Valkyrie AMR Pro is something truly mind-bending.”

Red Bull Racing’s Newey added: “The Aston Martin Valkyrie road car draws extensively from the knowledge I have gained during my career in Formula One, but the AMR Pro version has allowed me to work beyond the constraints of road legality, or indeed practicality!

“We’ve told a few of its secrets, but by no means all. I will leave it to the public to ponder the lap-time predictions. Suffice to say they’re quite impressive.”

Bad luck if you want one though. Aston will only build 25 Valkyrie AMR Pros, starting 2020. And all are already sold.